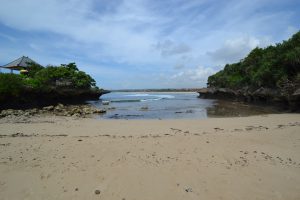 Our latest trip to Bali was for Dean’s company holiday. We are very lucky in that once a year they pay for accommodation for everyone and their families somewhere not far from Singapore and we just have to pay for the flights. This year the trip was 3 nights at the Sofitel Nusa Dua. I […]

Kuching, Borneo with a baby

As the end of my one year maternity leave loomed, the idea came to me that L and I should take a trip together just the two of us. As the time drew to an end, I was conscious of how lucky I was to have had the time with L and that it was […] 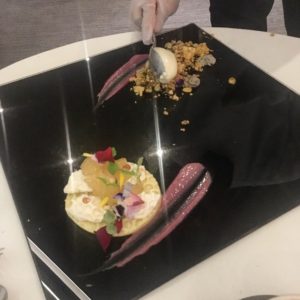 With an unusual baby free Sunday evening between Christmas and New Year, we found ourselves looking for a nice restaurant to make a last minute booking at. It turns out a lot of restaurants in Singapore are closed on a Sunday evening which was frustrating and after quite a bit of research, we came across […]

We had three more nights in Tokyo before it was time to leave Japan. Having previously stayed in Shinjuku, this time we stayed in Ginza in the East of the city. Ginza is one of Tokyo’s shopping districts so there was lots in the area which was handy.

Having heard that just North of Nagasaki there is a whole theme park based on Holland, we couldn’t resist a peak – it sounded too bizarre to be true. Bizarre it definitely is. Apparently they even imported the bricks for the buildings from the Netherlands.

Okunoshima is a small island in the Japanese inland sea which we visited for a day from Hiroshima. During WW2, it was chosen as the site for the Japanese army to develop chemical weapons and huge amounts of mustard gas and tear gas were produced here. That’s not why we went though. We went because […]

Unfortunately everyone has heard of Hiroshima due to the atomic bomb ‘Little Boy’ that was dropped here on 6th August 1945. There is of course more to the city, an art museum, castle and a great network of riverside parks and paths. It’s also a great city to base yourself in for various daytrips, but […]