Okunoshima is a small island in the Japanese inland sea which we visited for a day from Hiroshima. During WW2, it was chosen as the site for the Japanese army to develop chemical weapons and huge amounts of mustard gas and tear gas were produced here. That’s not why we went though. We went because Okunoshima is also known as ‘Rabbit Island’. 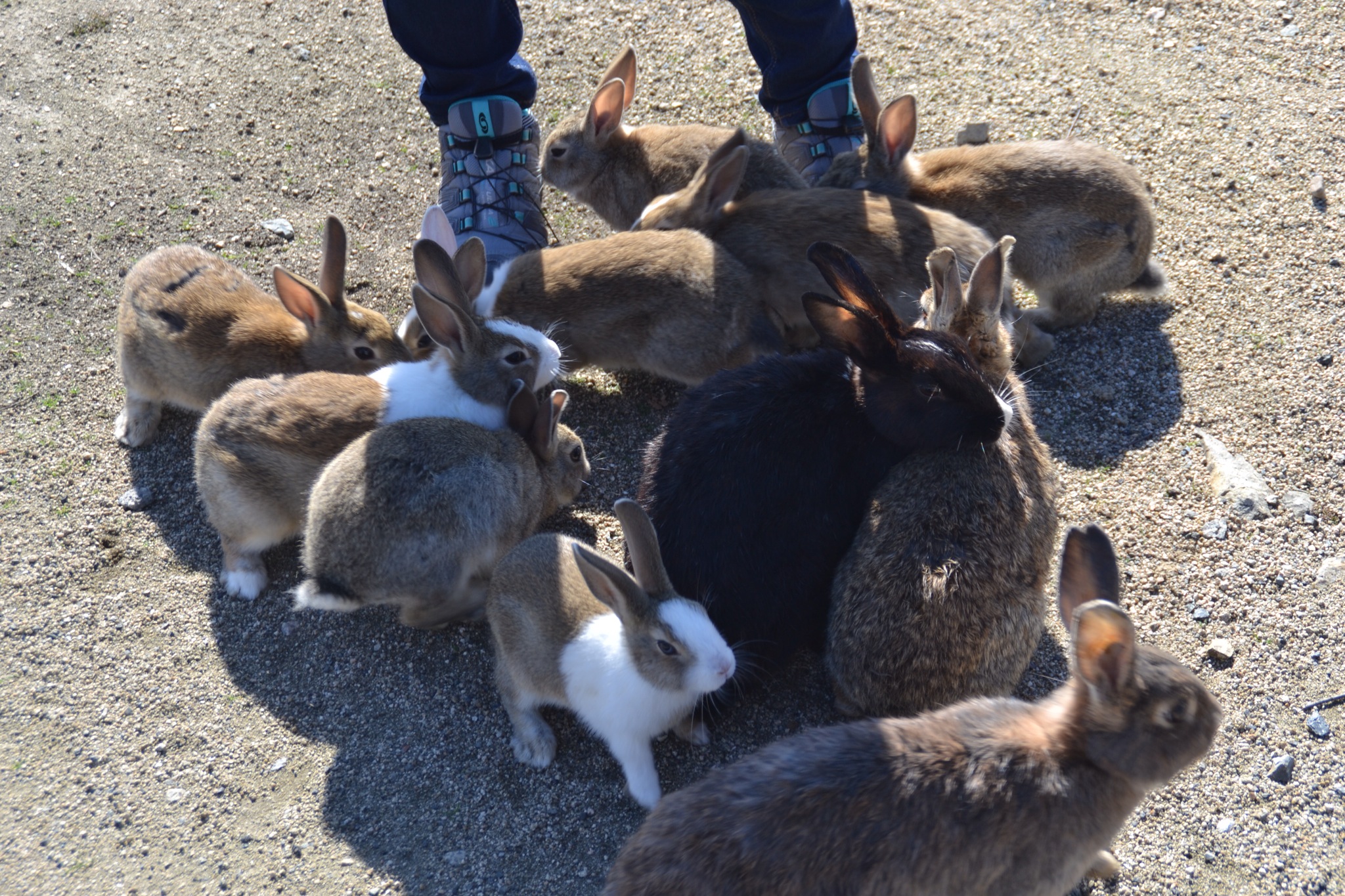 Okunoshima is home to LOTS of bunnies. After the war, rabbits used for testing in the plant were released into the wild, but according to the former director of the plant, those rabbits were killed when it was demolished. There are also stories that school children released the rabbits on the island. No one seems to know for certain how the rabbits came to be here, but now they are a feature of the island and are well protected and well loved. The rabbits mostly look like domestic rabbits rather than the wild type, so they’re not here by chance. We came prepared having purchased a sack of rabbit food the day before. As soon as we stepped off the ferry, there they were. And as soon as someone went to feed them, more came running from the bushes. All around the island there were water bowls left for them and we spotted someone going round the island refilling them – best job ever? I couldn’t resist recreating some videos I’d seen on the internet by covering myself in food and lying on the ground under a pile of bunnies. Unfortunately I can’t upload videos to the blog via my ipad but the video is on Facebook. 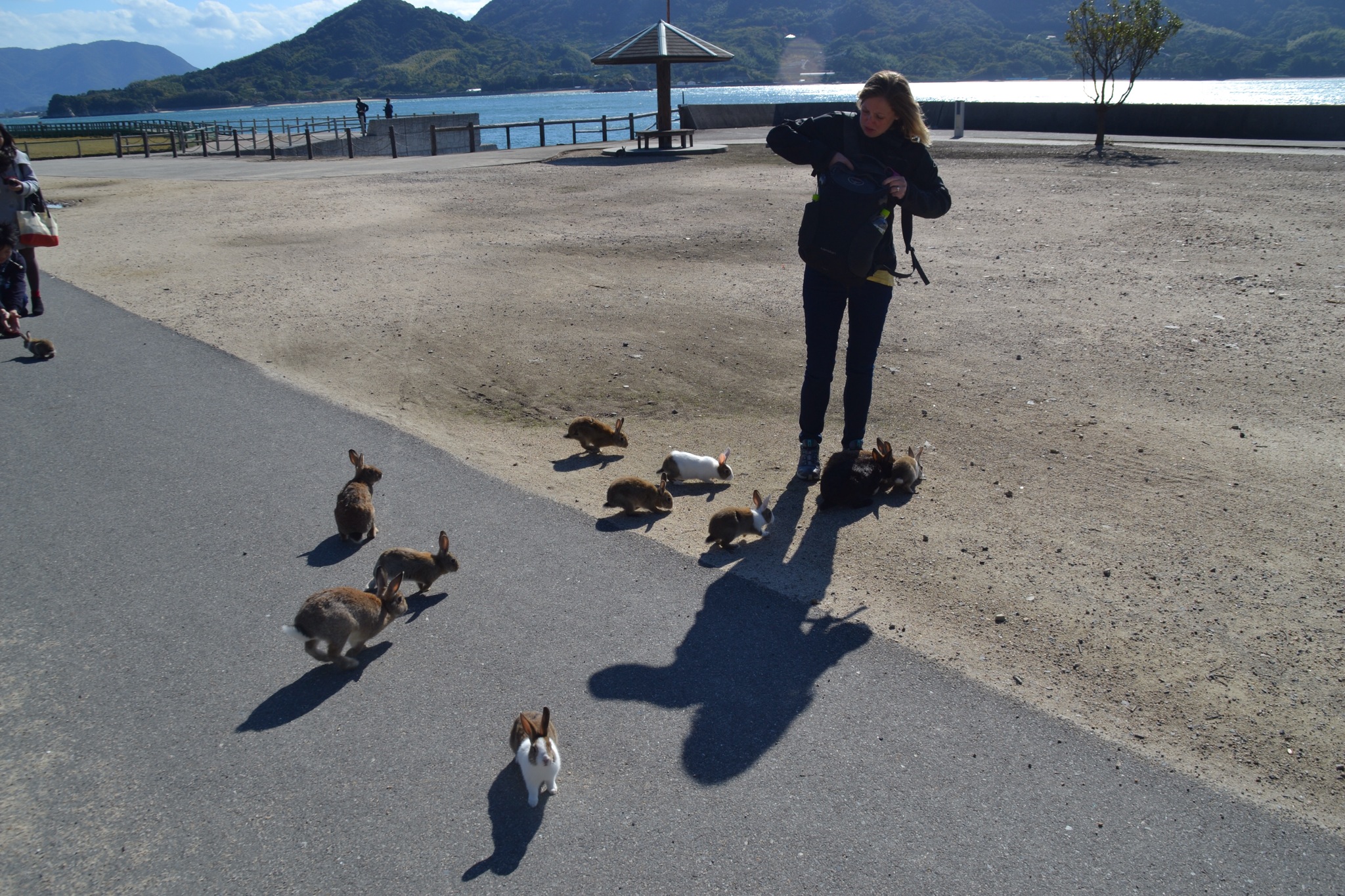 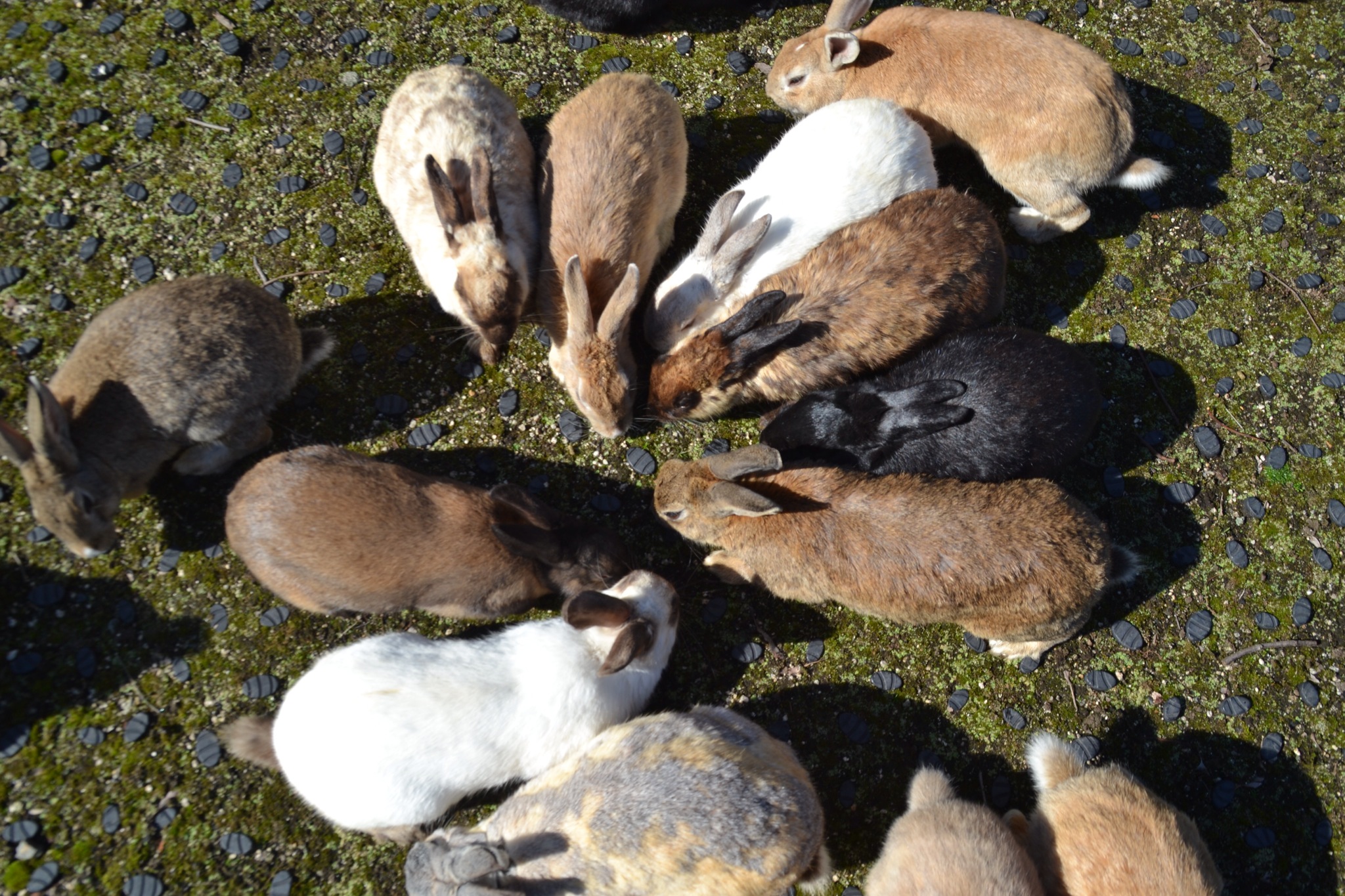 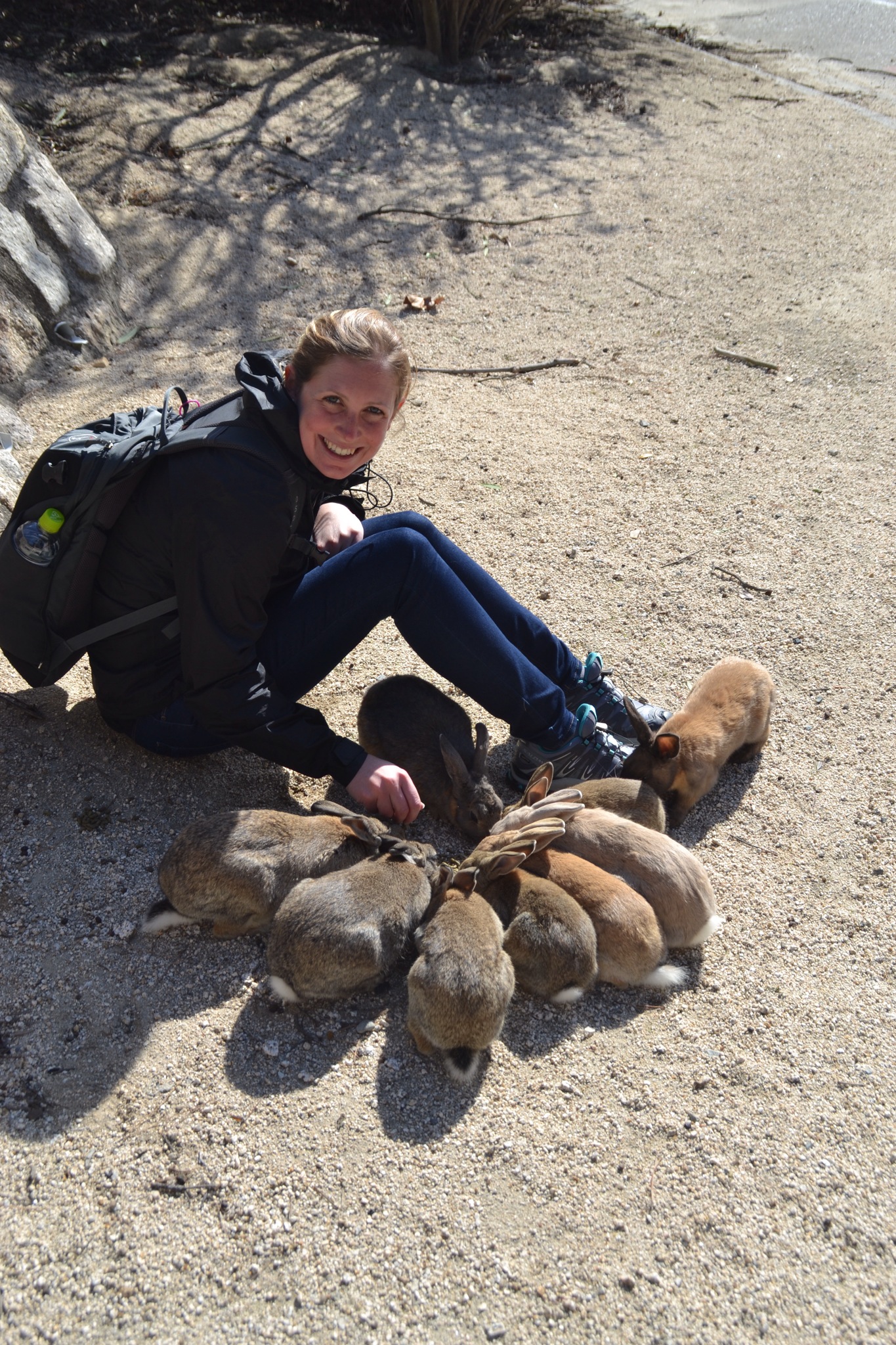 Aside from being covered by rabbits, the island itself is beautiful and we walked the full circumference, although we found the most rabbits near the ferry pier – they know where the food is! Dotted around the island you can still see parts of the poison factory, reminders of the islands darker past. 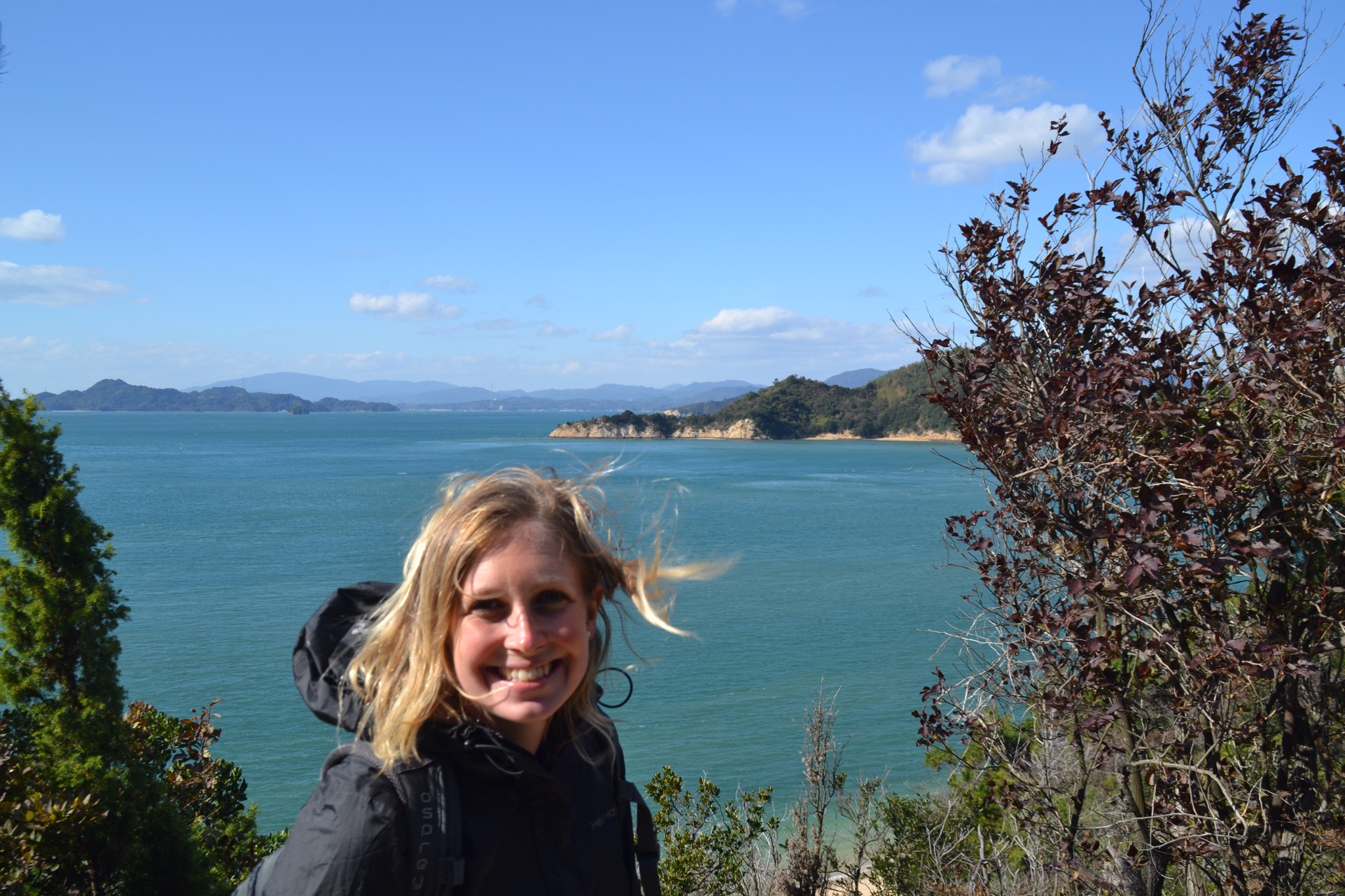 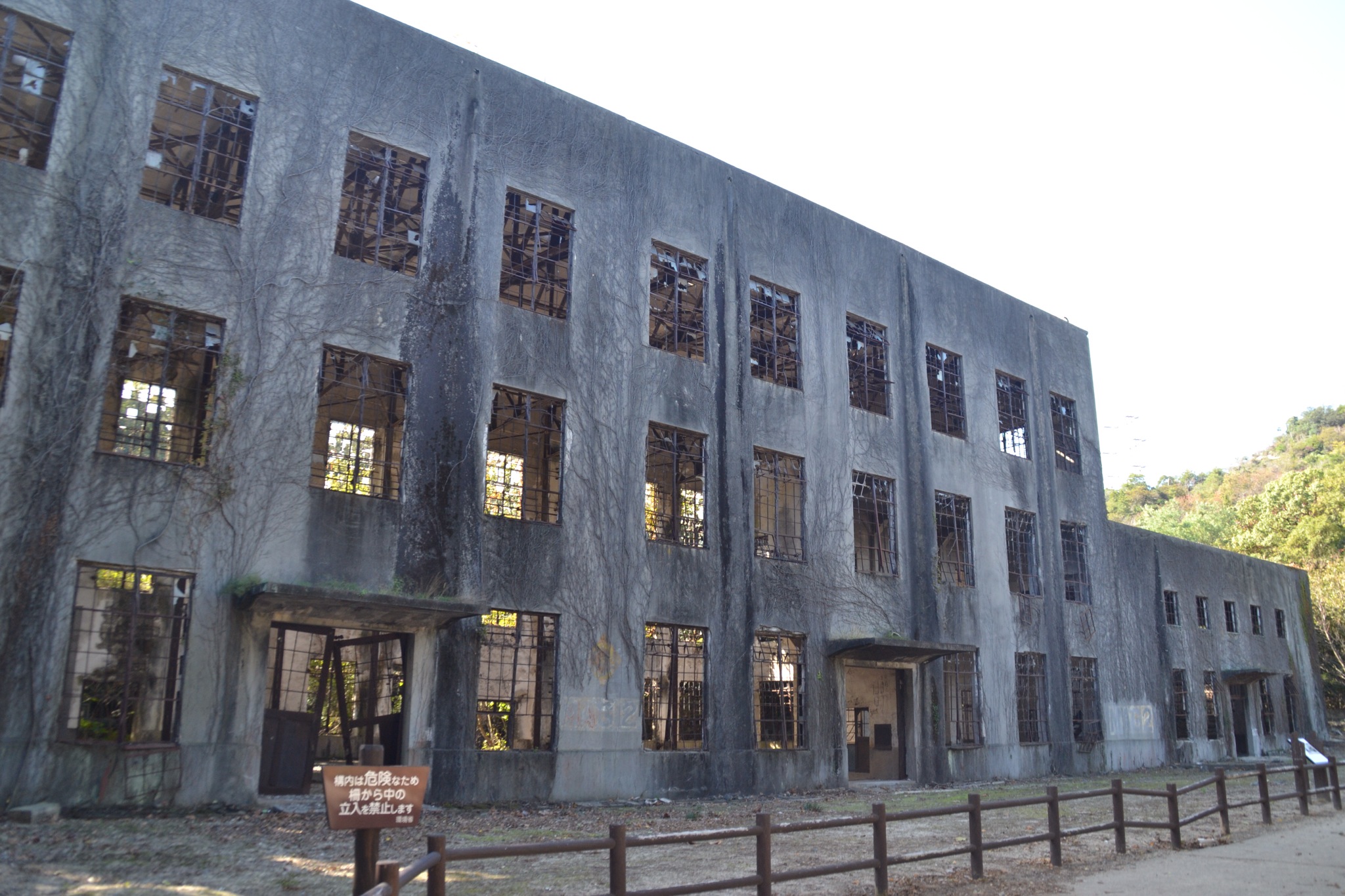 This was somewhere we’d (I’d) always wanted to visit if I was ever in Japan, having seen videos and articles on the internet. I’m pleased to say, the island didn’t disappoint and well and truly lived up to its name!