Unfortunately everyone has heard of Hiroshima due to the atomic bomb ‘Little Boy’ that was dropped here on 6th August 1945. There is of course more to the city, an art museum, castle and a great network of riverside parks and paths. It’s also a great city to base yourself in for various daytrips, but visiting the memorial park in the city is still kind of a must.

I was on my own for this day, Dean had done something to his foot and after hobbling round for three days decided that it was best to have a day with no walking at all to try and rest it.

I started by walking the short distance to the atomic bomb dome. The former industrial promotion hall was pretty much directly under the bomb when it exploded 600m above the city. It’s the only building remaining as the decision was made after the war to preserve it as a memorial. 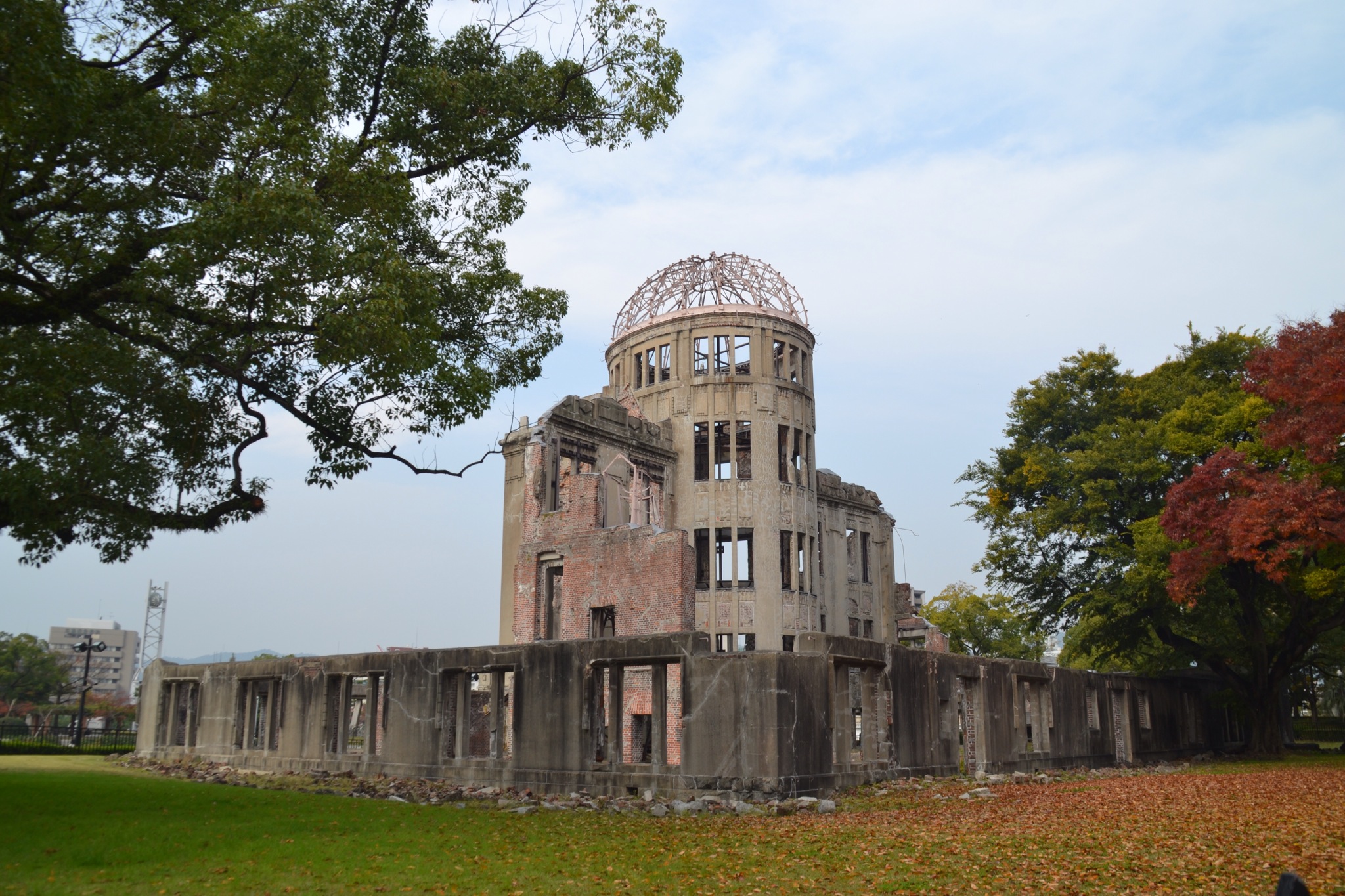 Across the river from the dome is the Peace Memorial Park, a large green space, with various memorials, including one for the Korean workers who made up about 10% of the lives lost, a mound where the ashes of the thousands of unidentified remains are buried and a clock which chimes at 8:15am everyday, the time that the bomb exploded. Probably the most touching though was the children’s memorial inspired by a young girl called Sasado Sasaki. Aged 2 at the time of the bombing, she developed leukaemia at the age of 11. There is a Japanese story that if you fold 1000 paper cranes, you will be granted a wish, so she started folding. Unfortunately, she only managed 644. Her classmates folded the remaining cranes and buried them with her. They then published a collection of letters to raise funds for a memorial to her and the rest of the children who lost their lives as a result of the bombing. To this day, paper cranes are still received from around the world and are added to the memorial. 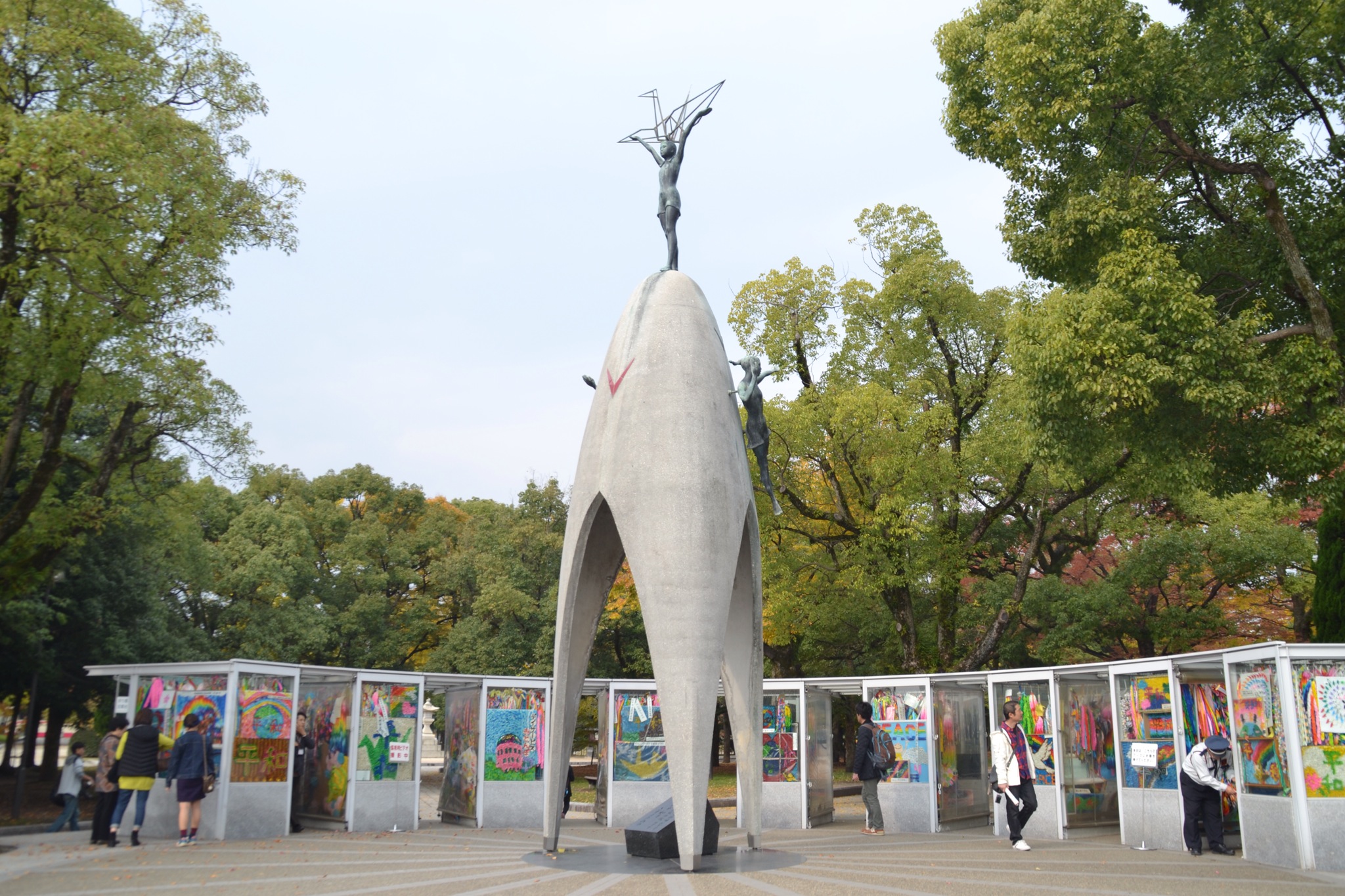 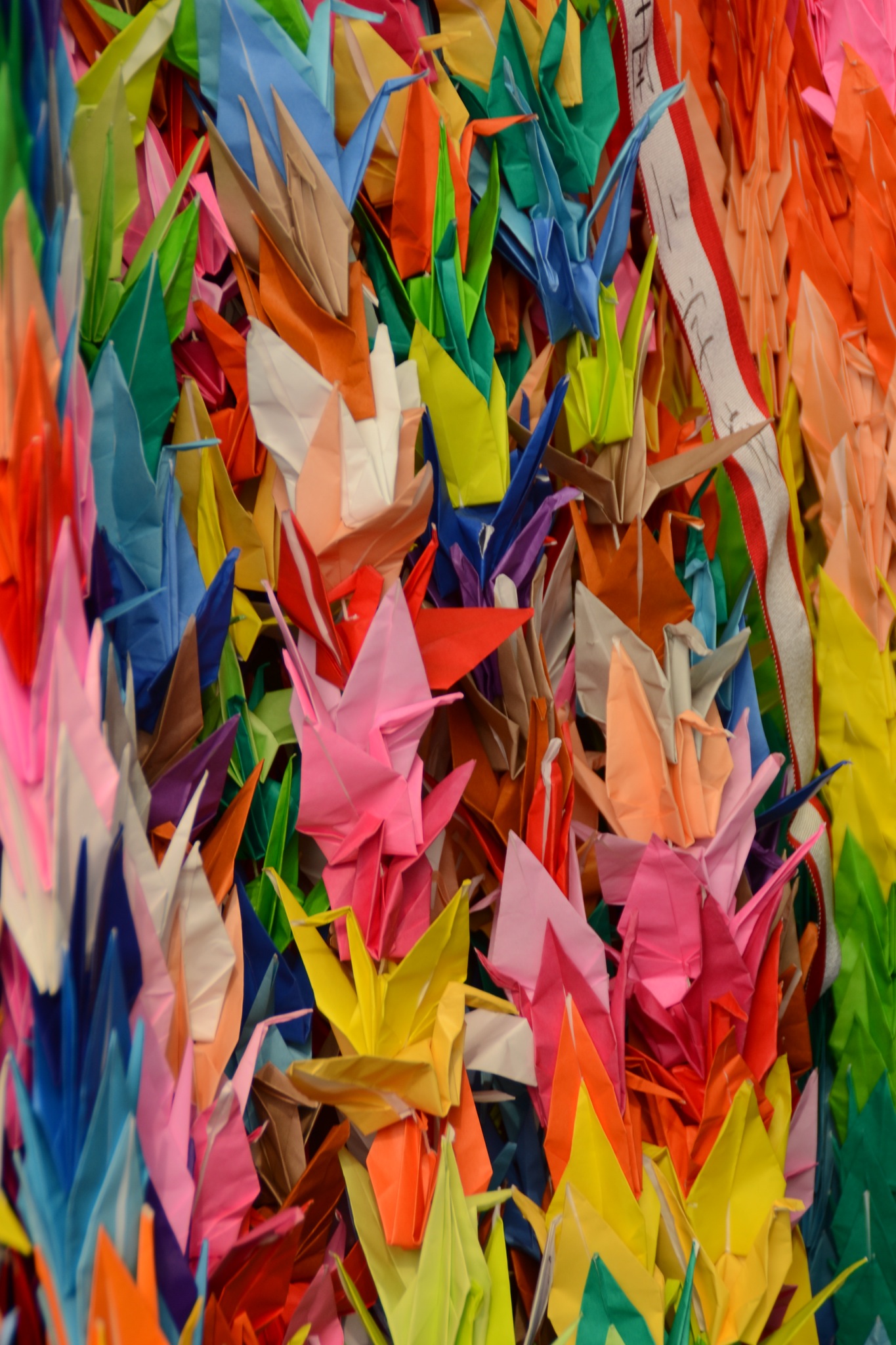 The park also contains a museum, containing personal items found in the destruction, as well as showing what the heat did to metal building supports and roof tiles. I felt the museum was very well presented, there was not really any mention of the war, it was all just facts on exactly what happened when and after that bomb exploded, which is I think how it should be.

Visiting the park and hearing the stories told in the museum was a very moving experience. I didn’t expect to be quite so touched by it, but I was surprised that at times I did think I might cry. Judging by the reaction of others in the area, I wouldn’t have been the only one if I did. It’s remarkable how now the city is once again a bustling city considering the centre was completely flattened. It definitely made for a pretty emotionally intense day but I’m glad I went.