We had three more nights in Tokyo before it was time to leave Japan. Having previously stayed in Shinjuku, this time we stayed in Ginza in the East of the city. Ginza is one of Tokyo’s shopping districts so there was lots in the area which was handy.

These three days ended up being pretty food focused. First on the agenda was to have all you can eat sukiyaki again. We found a place near the hotel and ordered the wagyu beef option which was needless to say great. 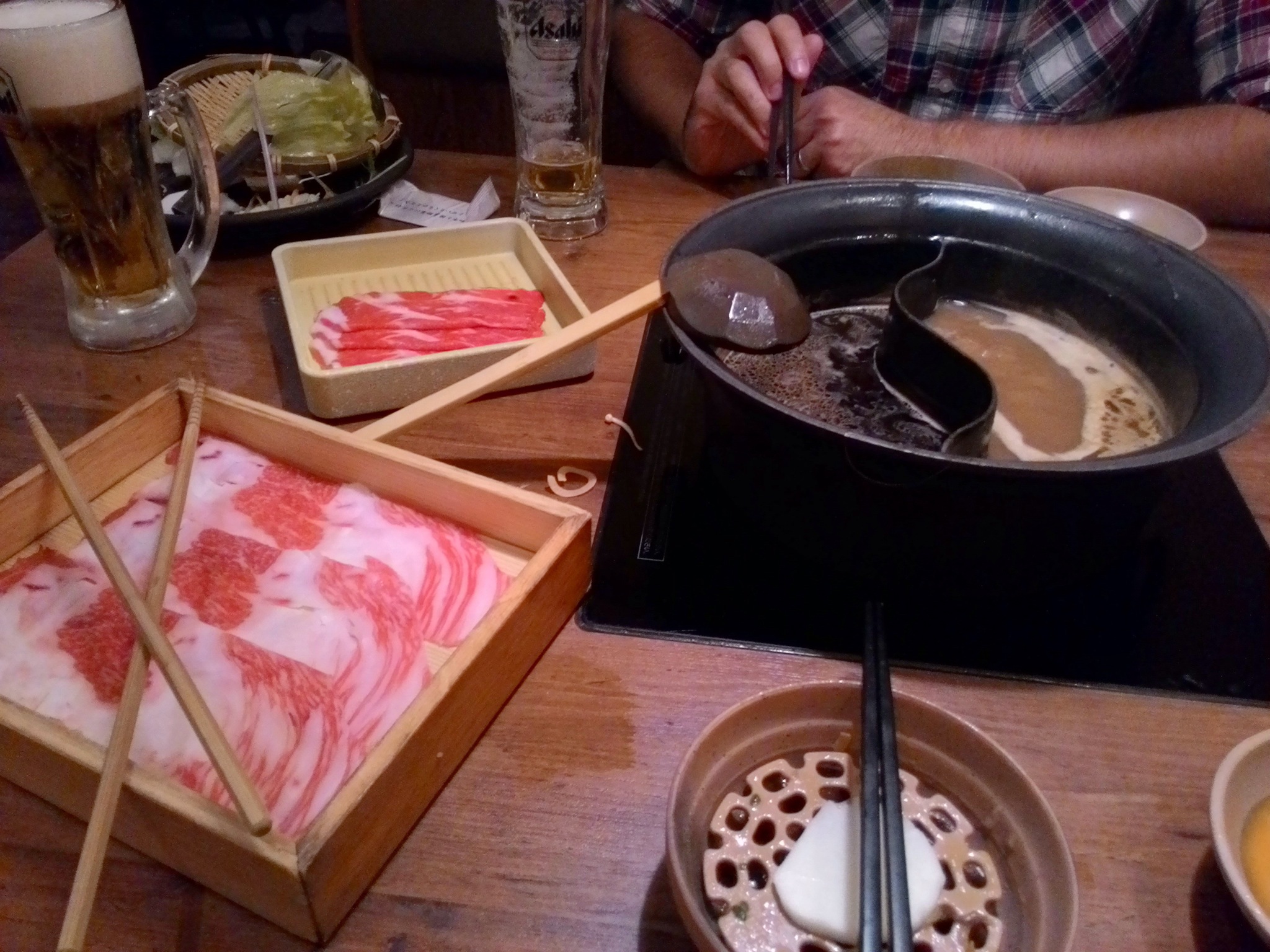 One of the things I wanted to do while we were in Tokyo was to visit a maid cafe. I’d read a book set in Japan earlier in the year which featured one and one of the couples we’d spoken to previously in Tokyo had visited one and said it was a pretty bizarre experience. The idea is girls dressed as innocent maids, as feature in many manga and anime stories, who cater to the customers (traditionally male, but now also couples and tourists) as if they are the master. We tried to find a tourist friendly one mentioned in the lonely planet and failed, so went to a big chain one called Maidreamin. We had to pay a cover charge which covered a meal, drink, photo and souvenir. One of the first things they did was to put cat ears on Dean and bunny ears on me. There were also some magical words we had to say while making a heart sign when we received our food and drinks. The omelettes came complete with ketchup drawings to match our ears. We stayed to watch a show, for which we could buy glow sticks to wave and then made our exit as it was a pretty weird place. The other customers were Japanese couples, plus one group of guys who came in just before we left. 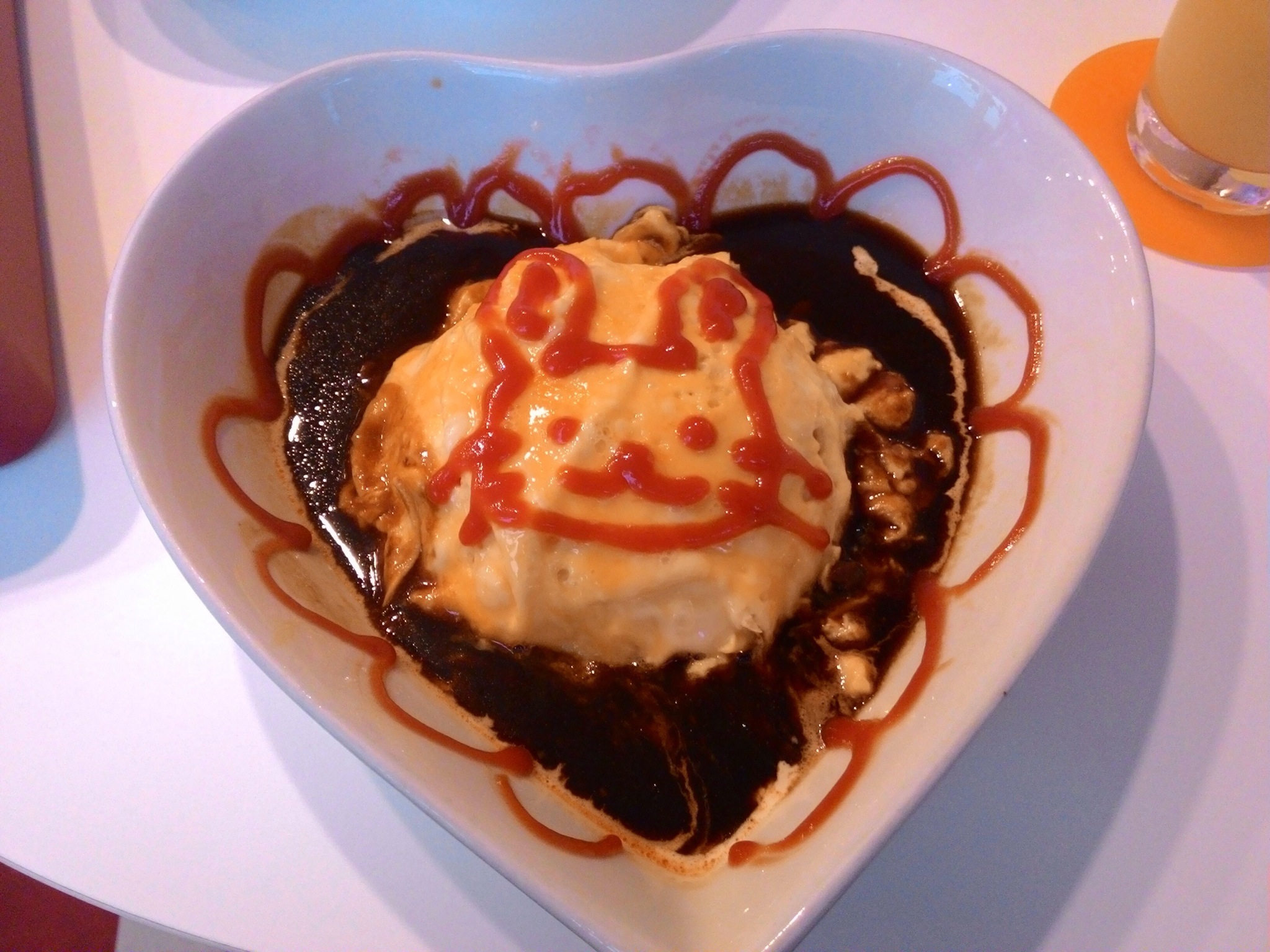 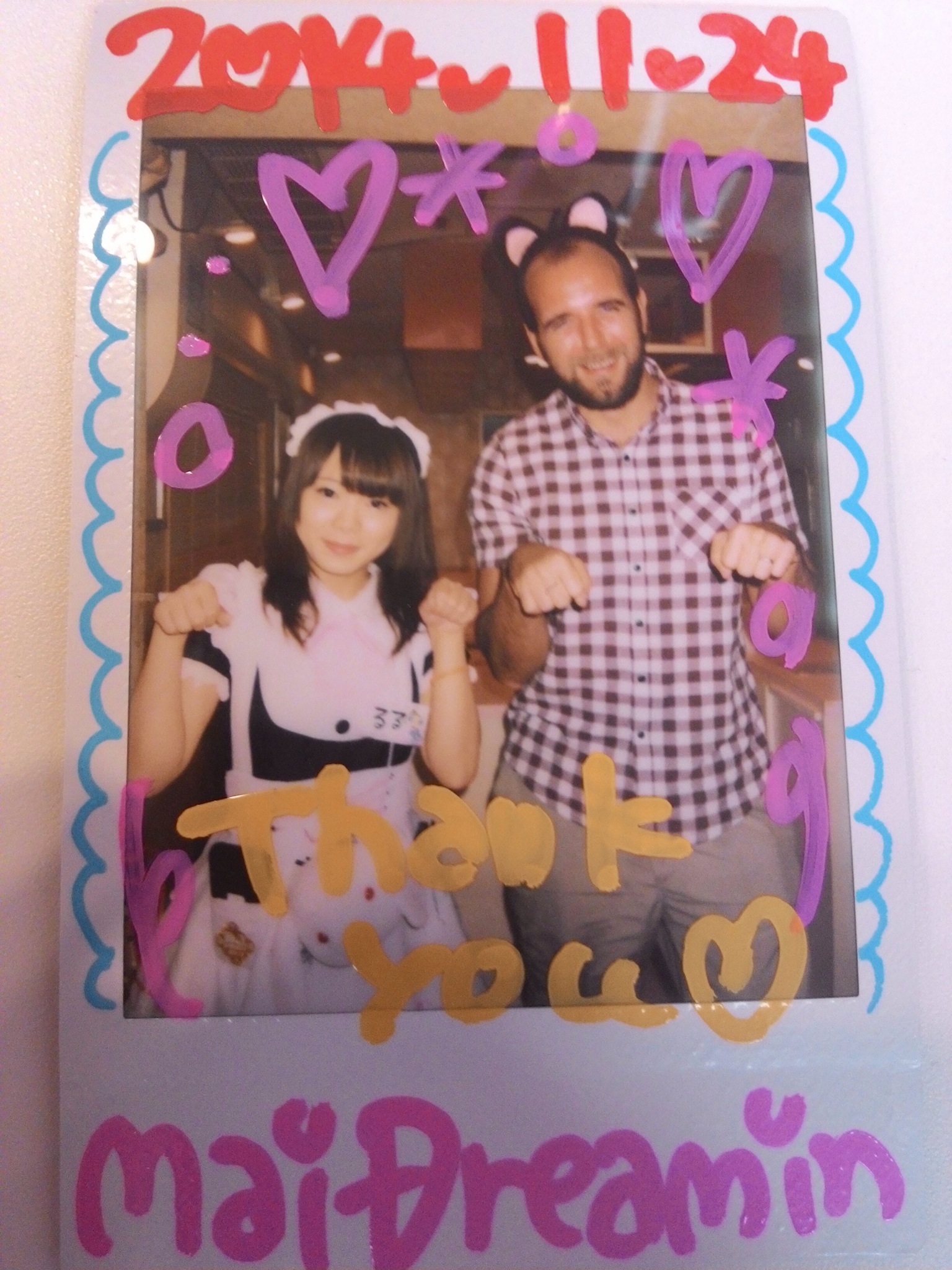 As we’d failed at eating Kobe beef in Kobe, we decided to try it in Tokyo. We found a place called Gyuuan very close to our hotel. We both had a set menu with different cuts of beef, all of which were amazing, along with beef sushi, sorbet and of course rice and miso soup. I’m glad we tried it before leaving Japan – although you see kobe beef advertised outside Japan, most of the time it’s not the real deal. 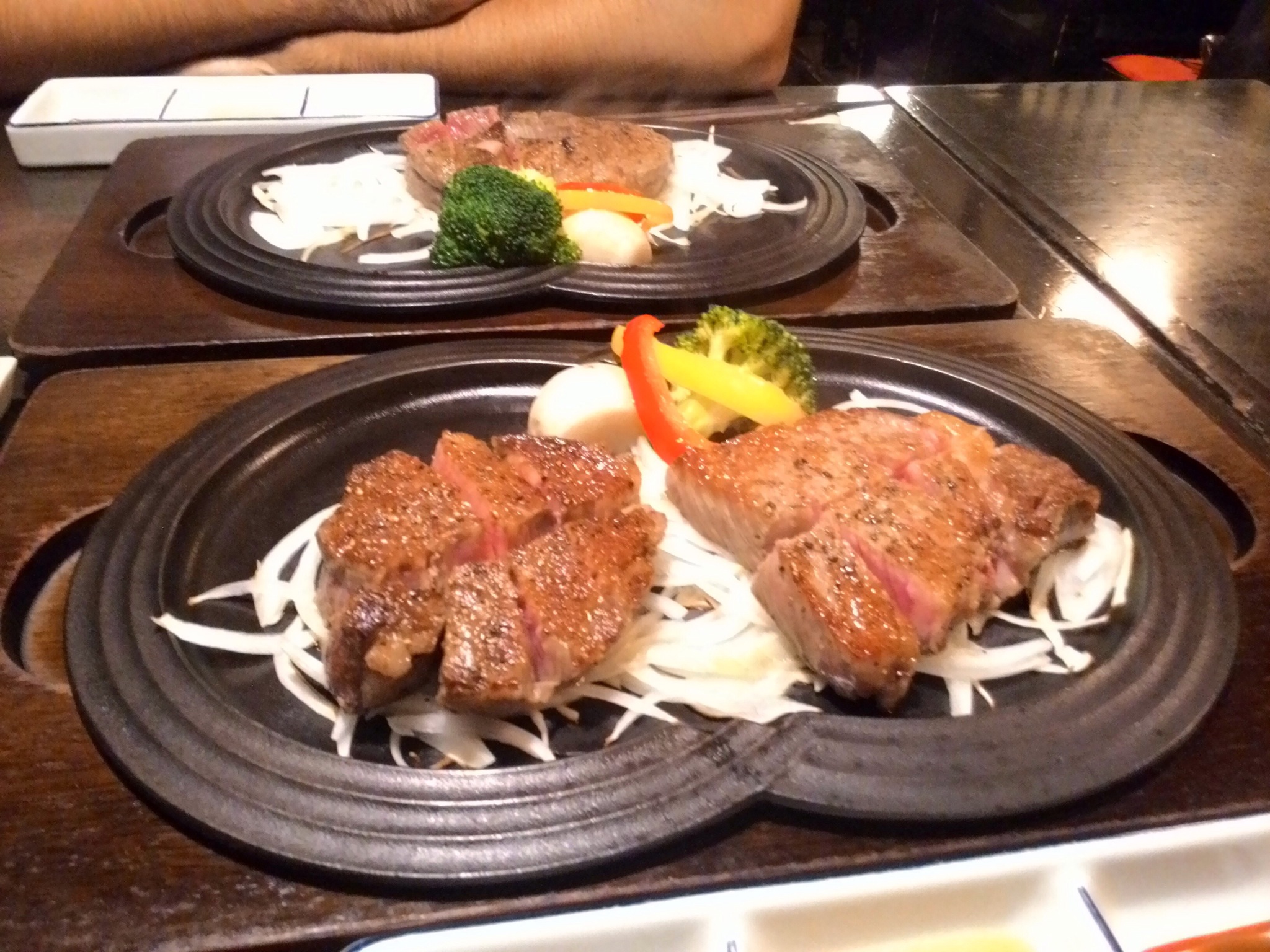 Having tried really good sushi at the beginning of our trip, I was keen to try some more. We were staying near to the fish market which is the location of a famous restaurant called sushi Dai. It was made popular by a travel blog a few years ago and now people queue before they open at 5am to eat reasonably priced amazing sushi in the ten seat restaurant. We set our alarms for 4am, expecting that we would have to queue for around 2 hours. When we got there the queue was much bigger than we expected and after hearing that we could expect to wait 4 hours, we gave up at 5am and went to another restaurant just outside the market which was still really good and served some good fatty tuna.

After our sushi breakfast, it was back to bed before some souvenir shopping during the day. In the evening we had booked a special meal for our final night in Asia. Narisawa is a two star restaurant that has been voted number 14 in the world and the best in Tokyo. The Japanese chef trained in Europe so the style was traditional French, but the ingredients were local. The theme of the menu was the forest. The meal started with a table decoration being brought over that contained the proving dough of the bread. This was later cooked in front of us. They seemed to be very keen on a style of cooking which involved charring things. While it didn’t taste as burnt as it looked, we weren’t massive fans. The meal finished with a huge petit fours trolley. Often I find in restaurants like this, they forget to confirm if the petit fours are nut free as they’re not a part of the main menu. Narisawa did great and prepared a plate of all the ones I could eat which probably meant I ate more than I would have done otherwise! 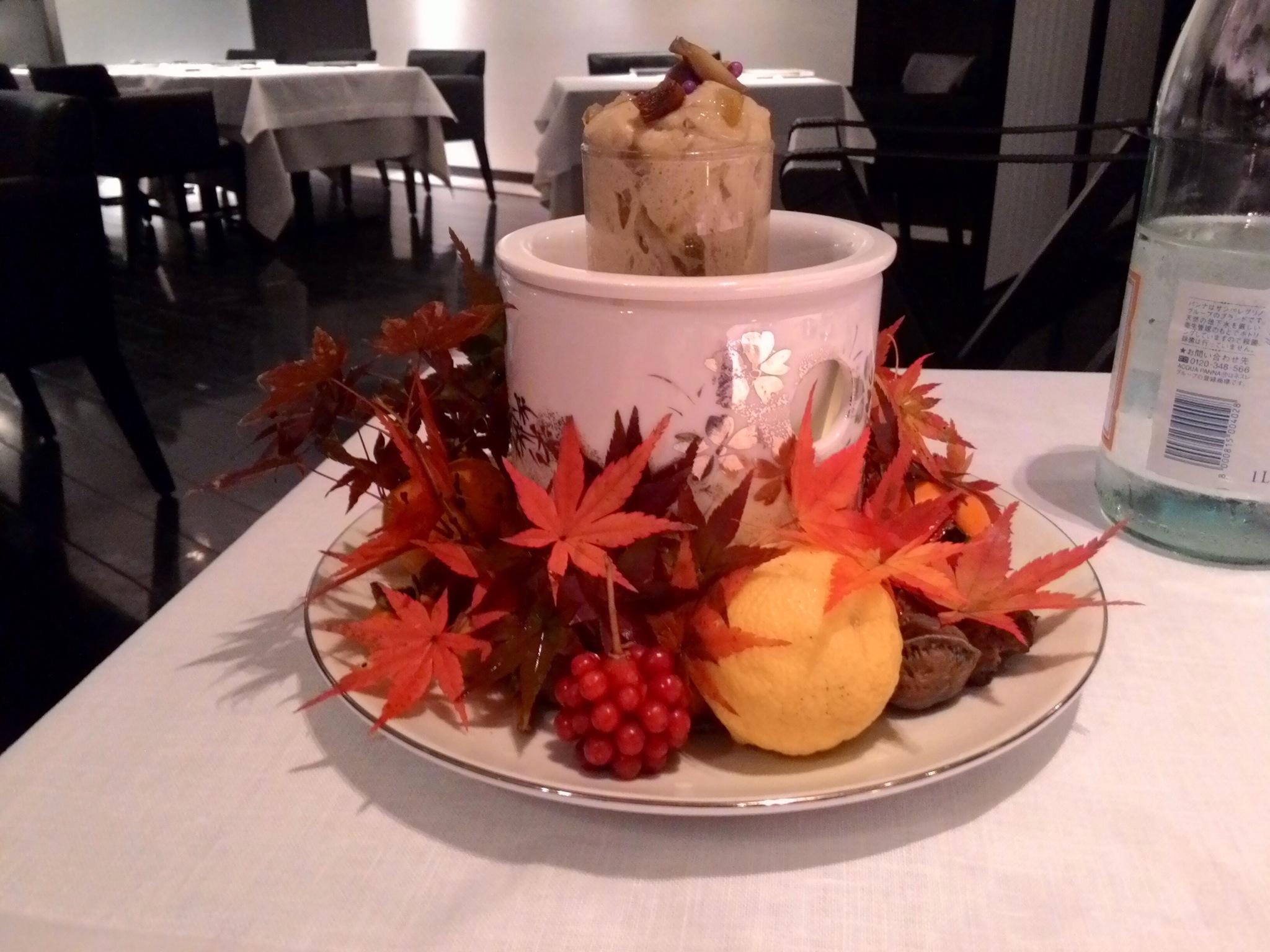 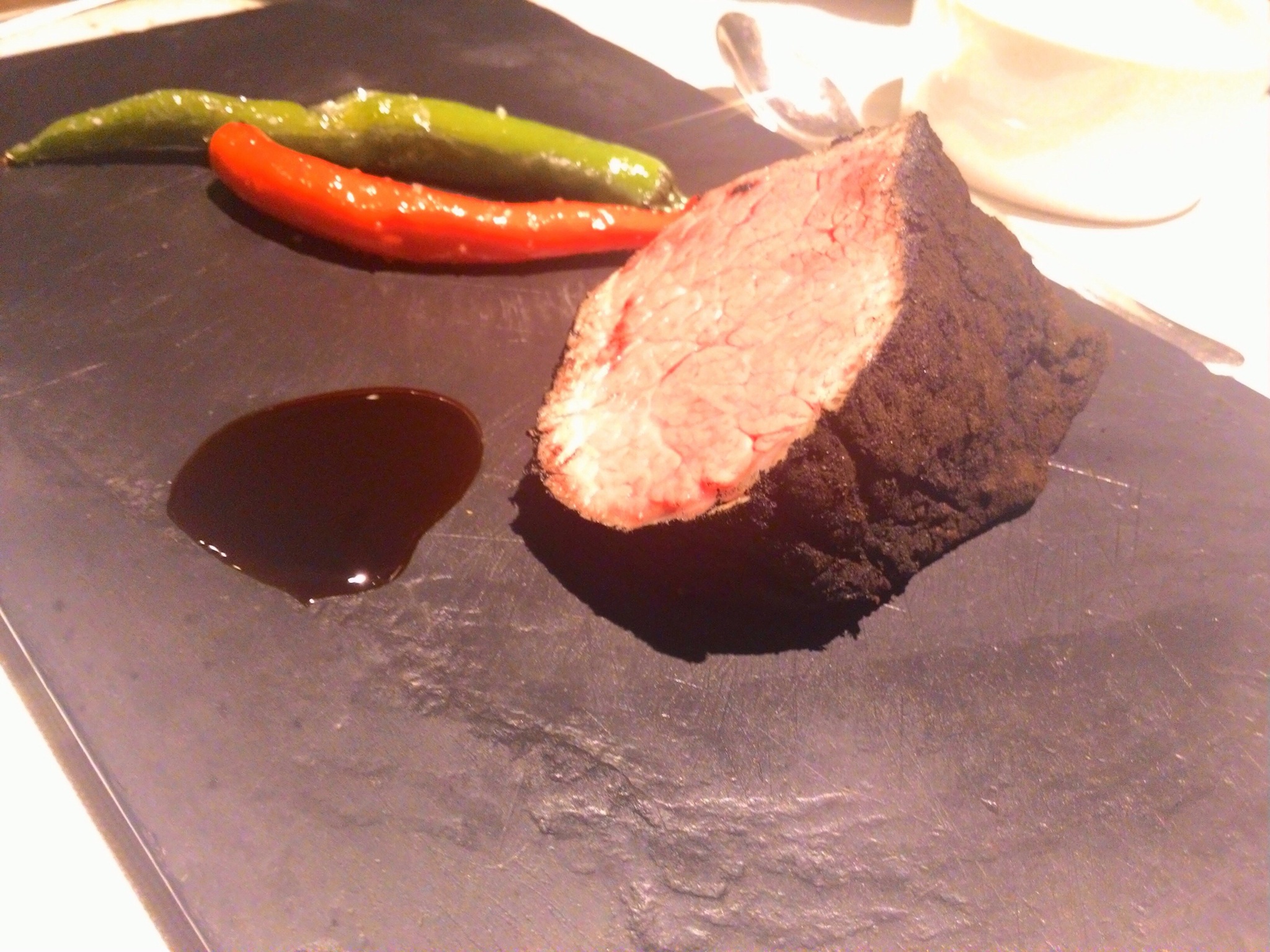 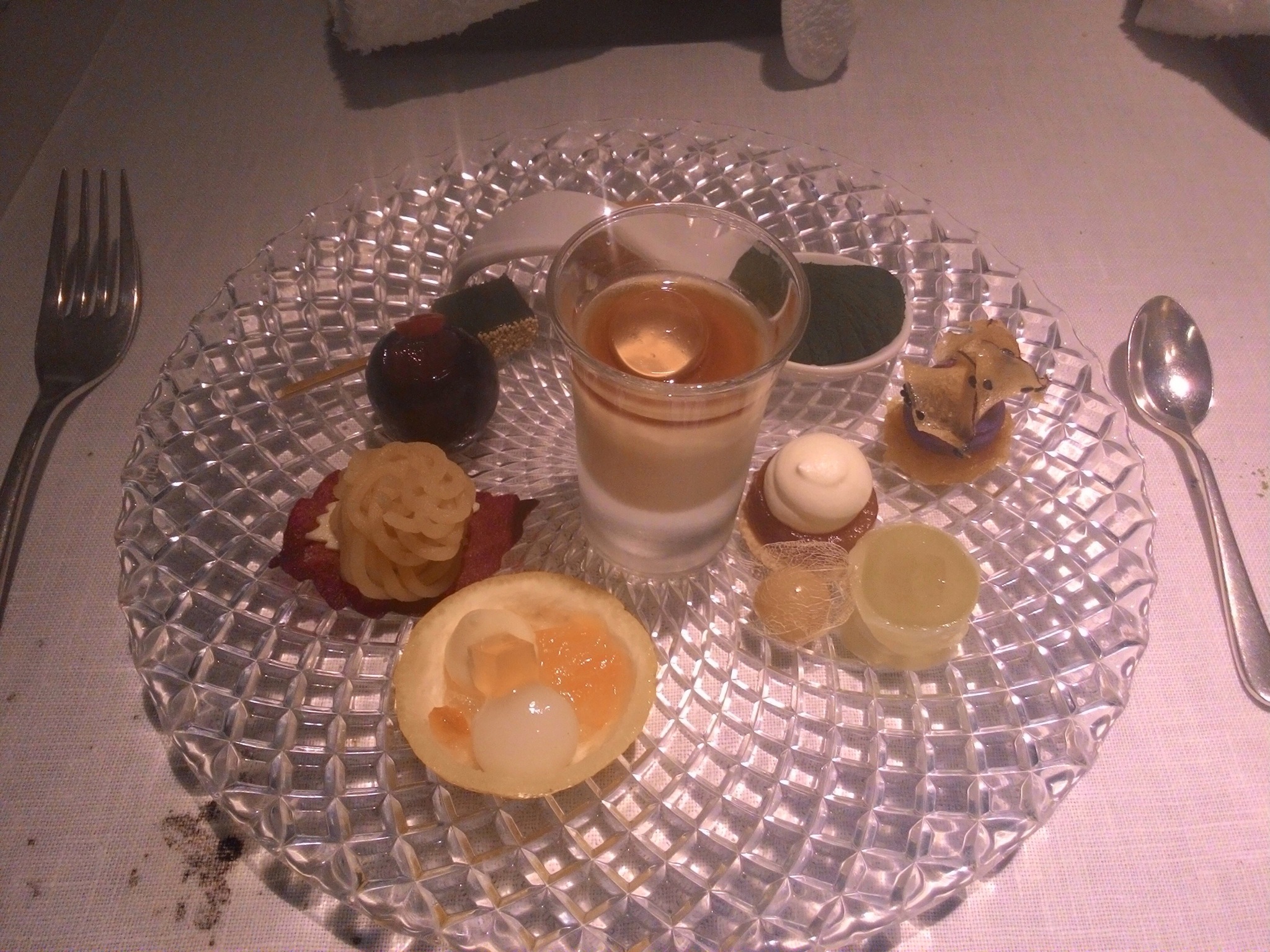 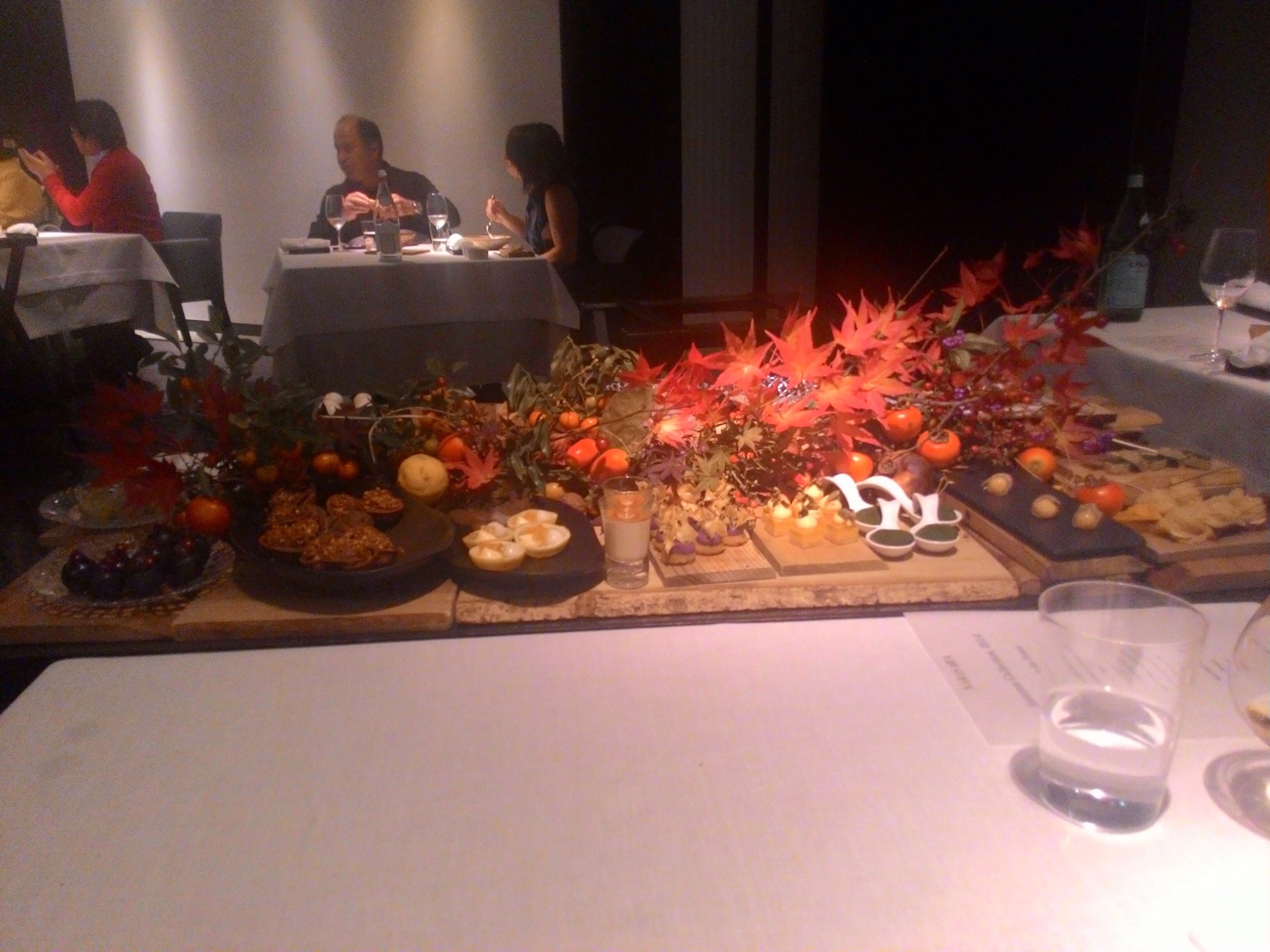 After 5 months in Asia, Tokyo was our last stop before flying to the US. We enjoyed it just as much the second time round and staying in a different part gave us the chance to explore a bit more of the city.