The first stop was the city of Fukuoka, the largest city on the island of Kyushu. We had a bit of time in the afternoon to explore some of the city and visited a couple of shrines in the Hakata area before heading over to the Tenjin area on the other side of the river for dinner. 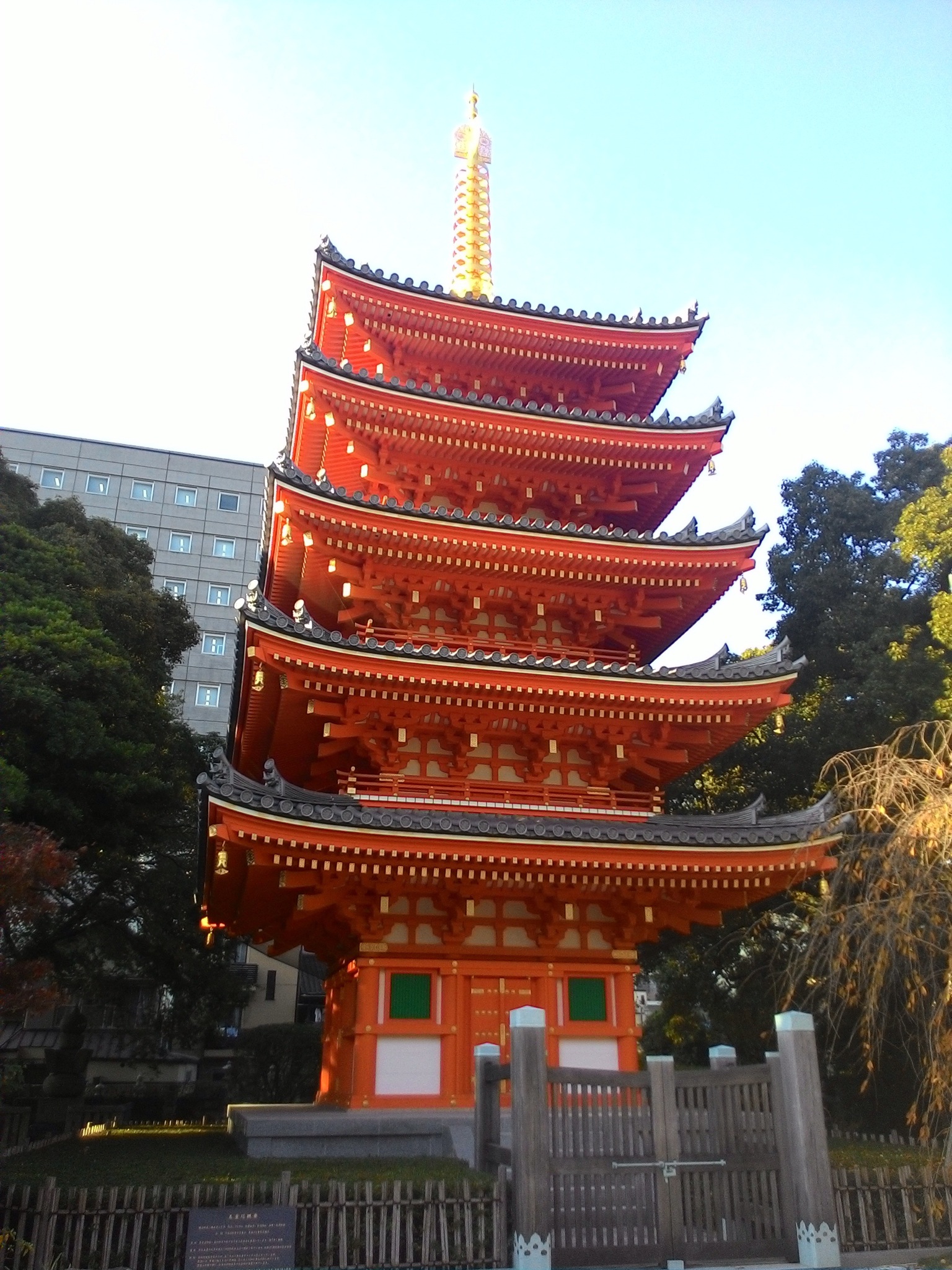 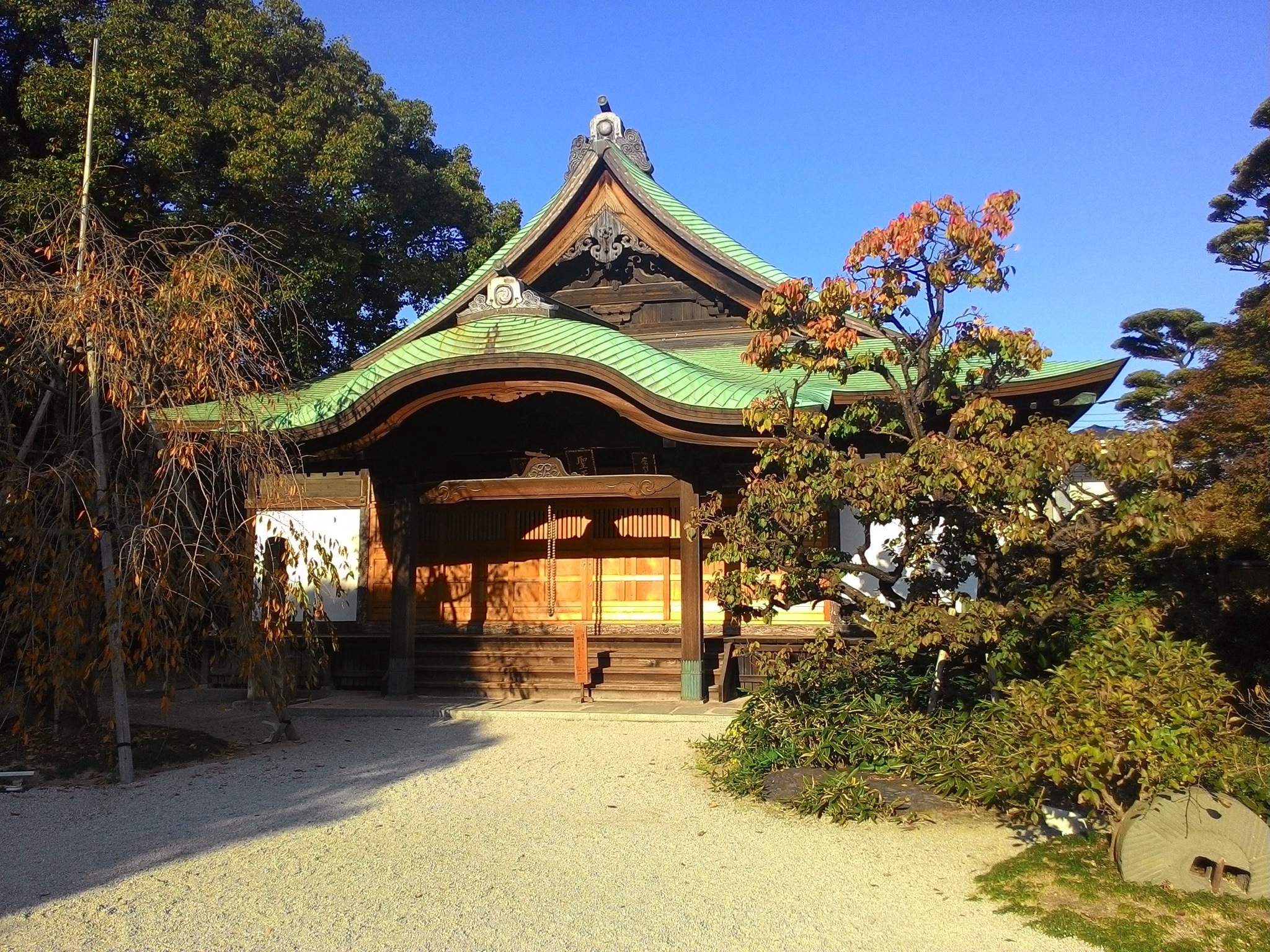 The Japanese seem to like rating places so the following day we headed to one of the top three castles in Japan in Kumamoto. Like many of the castles in the country, most of it’s a reconstruction due to the fact that they kept getting burnt down in various wars (wooden castles!) There were a few parts of the castle to see. The main keep contains an exhibition on the history of the castle, but the most interesting part for me was the adjoining building where they had reconstructed the interiors of some rooms such as kitchen and living areas. This was something we hadn’t really seen elsewhere so made a pleasant change. 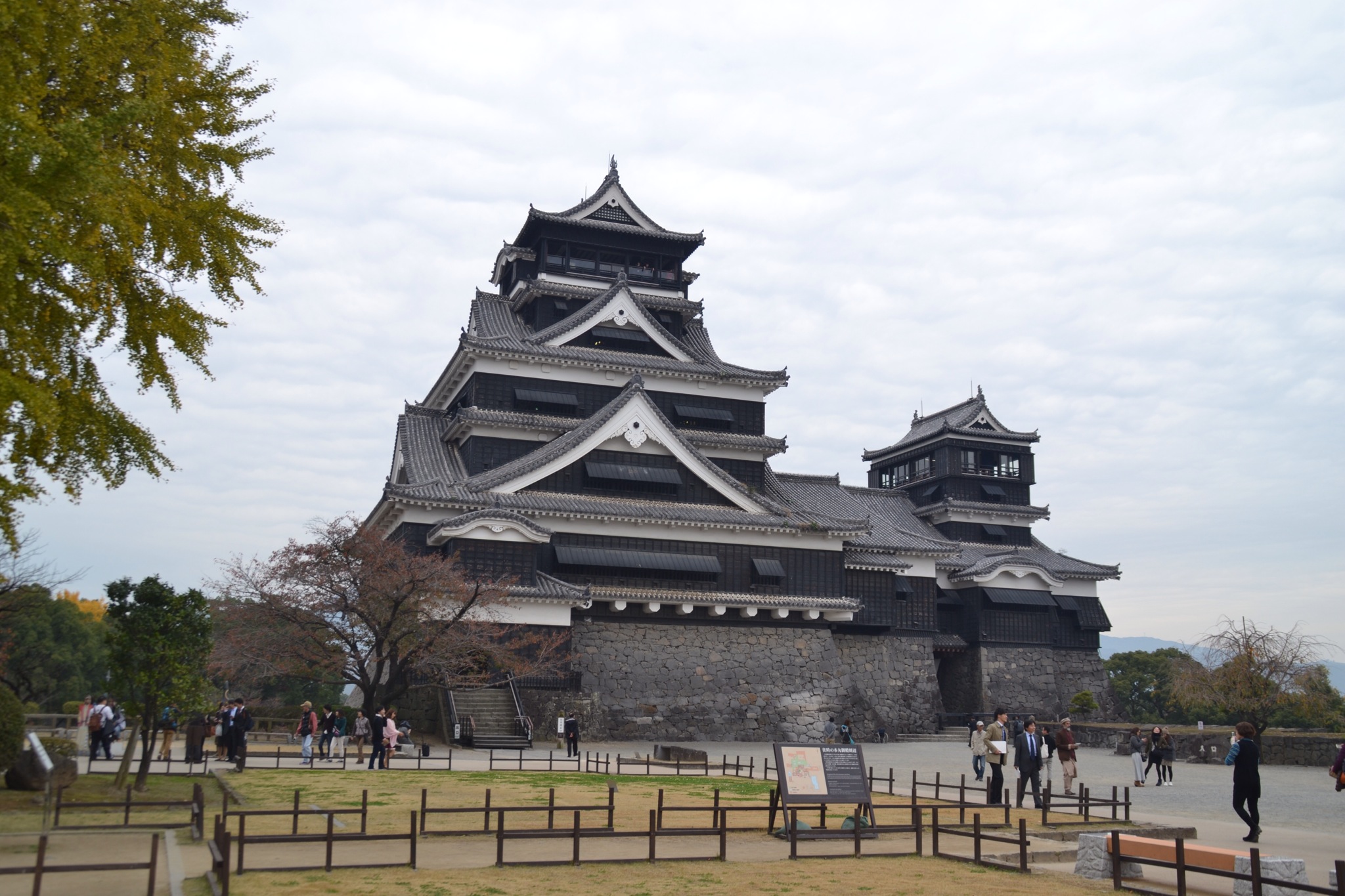 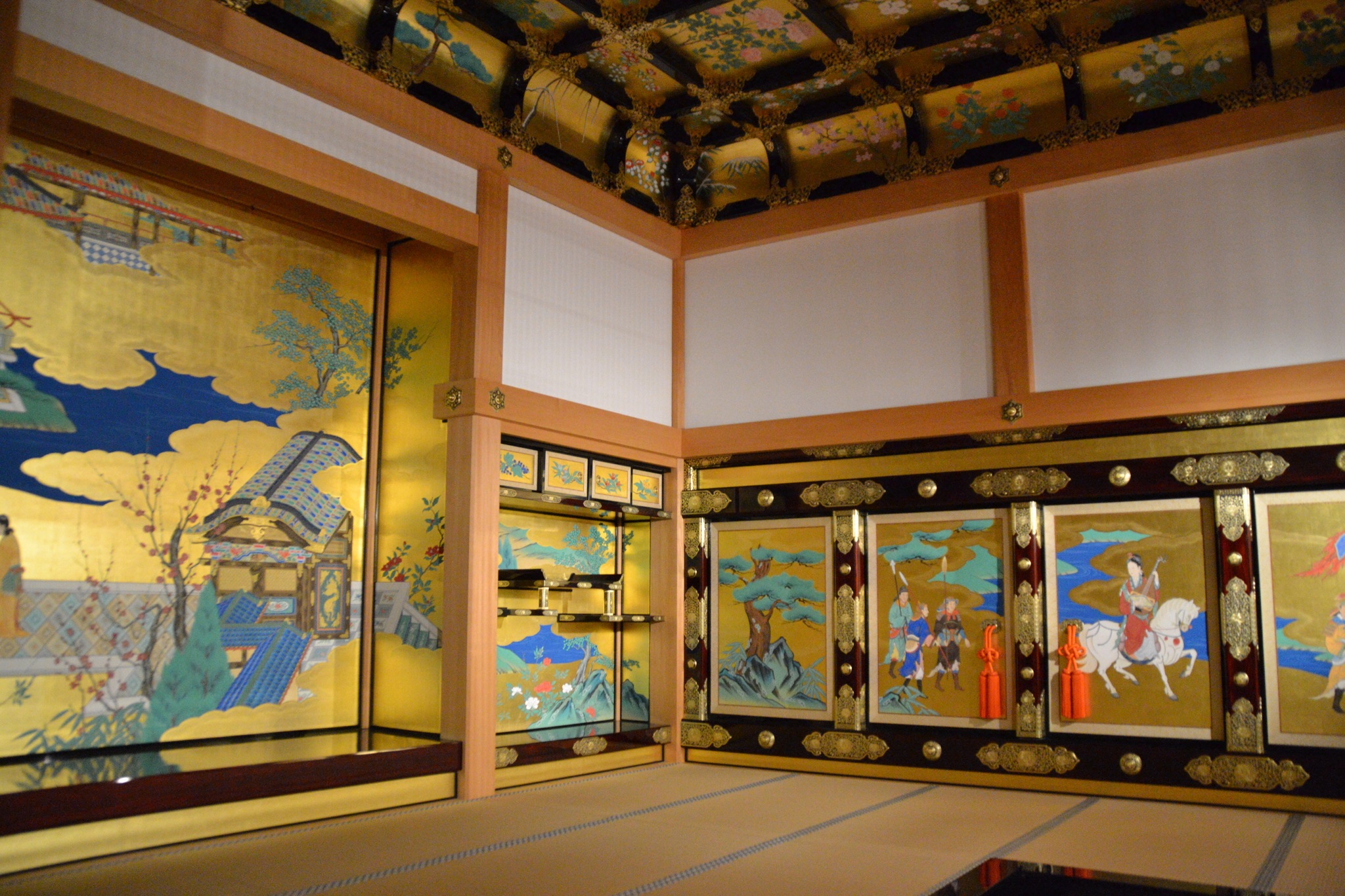 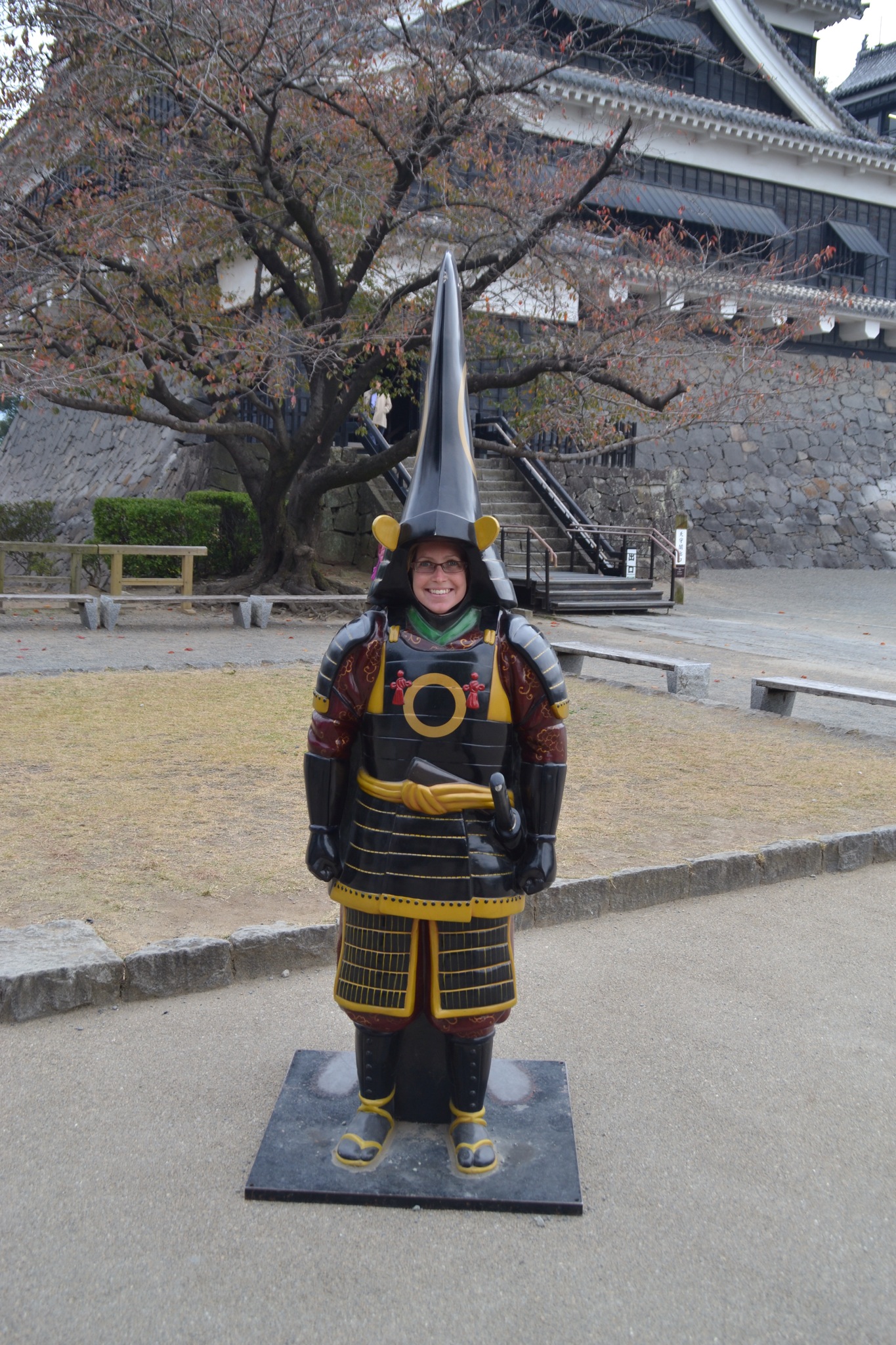 From Kumamoto, we headed back to Hiroshima for one night. Having enjoyed okonomiyaki in Osaka, I was keen to try the Hiroshima version which is more layered rather than mixed together and contains noodles. Our hotel happened to be just around the corner from okonomimura, a three storey okonomiyaki centre, featuring lots of little places each offering their own twist where you sit around the counter and watch your dinner being made. Hiroshima style was also delicious. 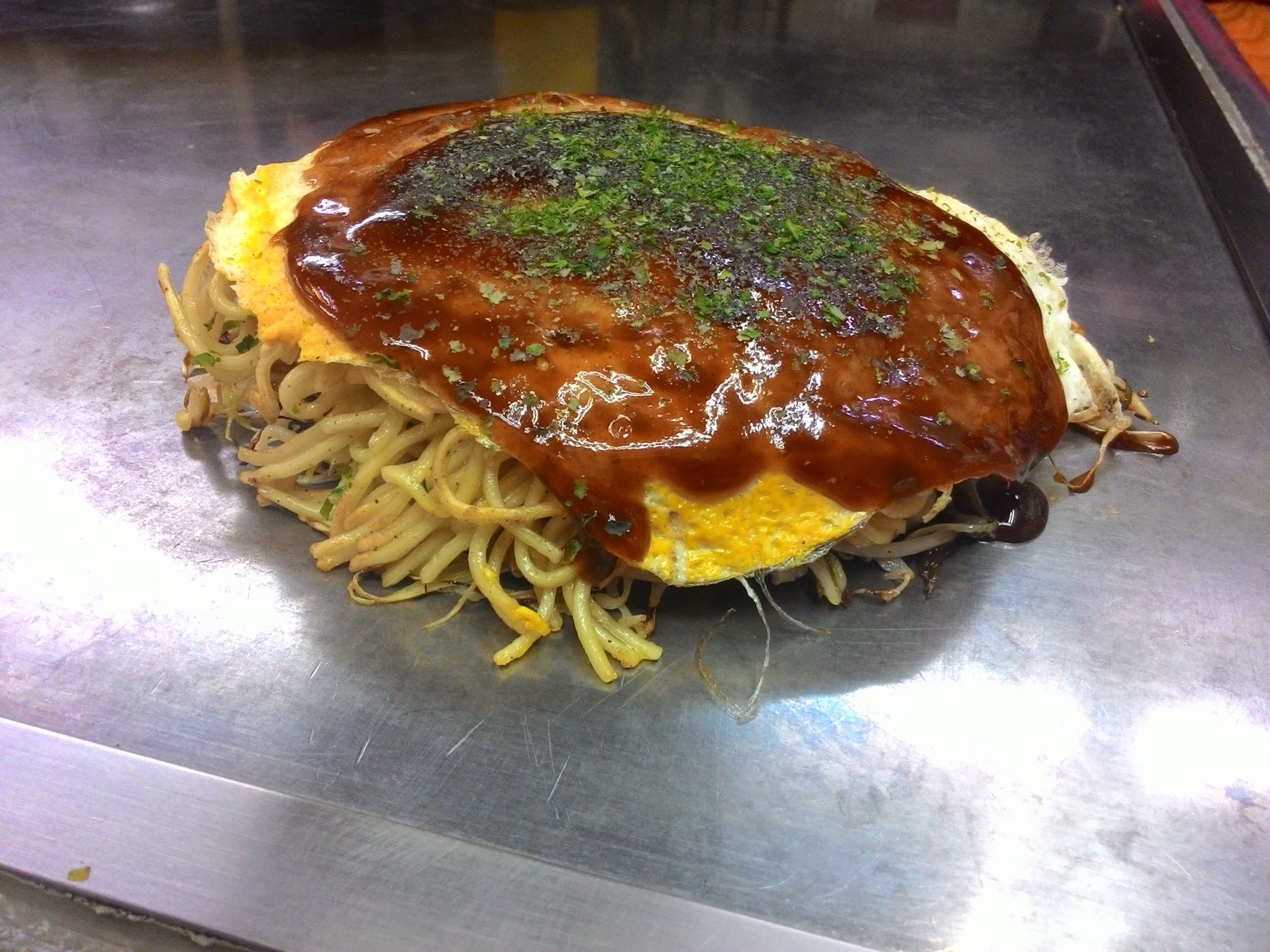 From Hiroshima, we visited the island of Miyajima. The main attraction here is a temple (surprise surprise) which is built over the water and has a shrine gate which depending on the tide is in the water. We saw it at almost high tide and low tide. 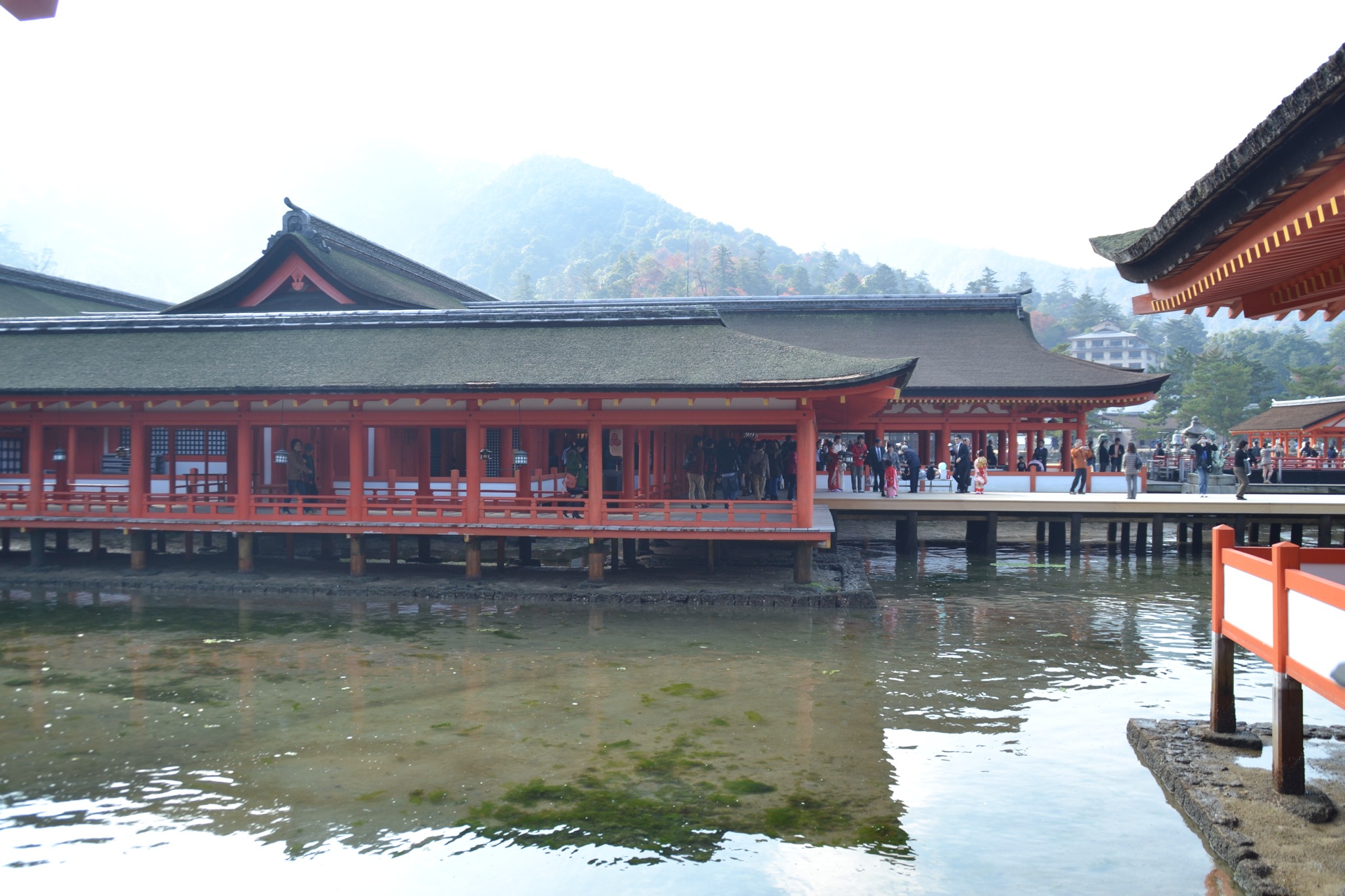 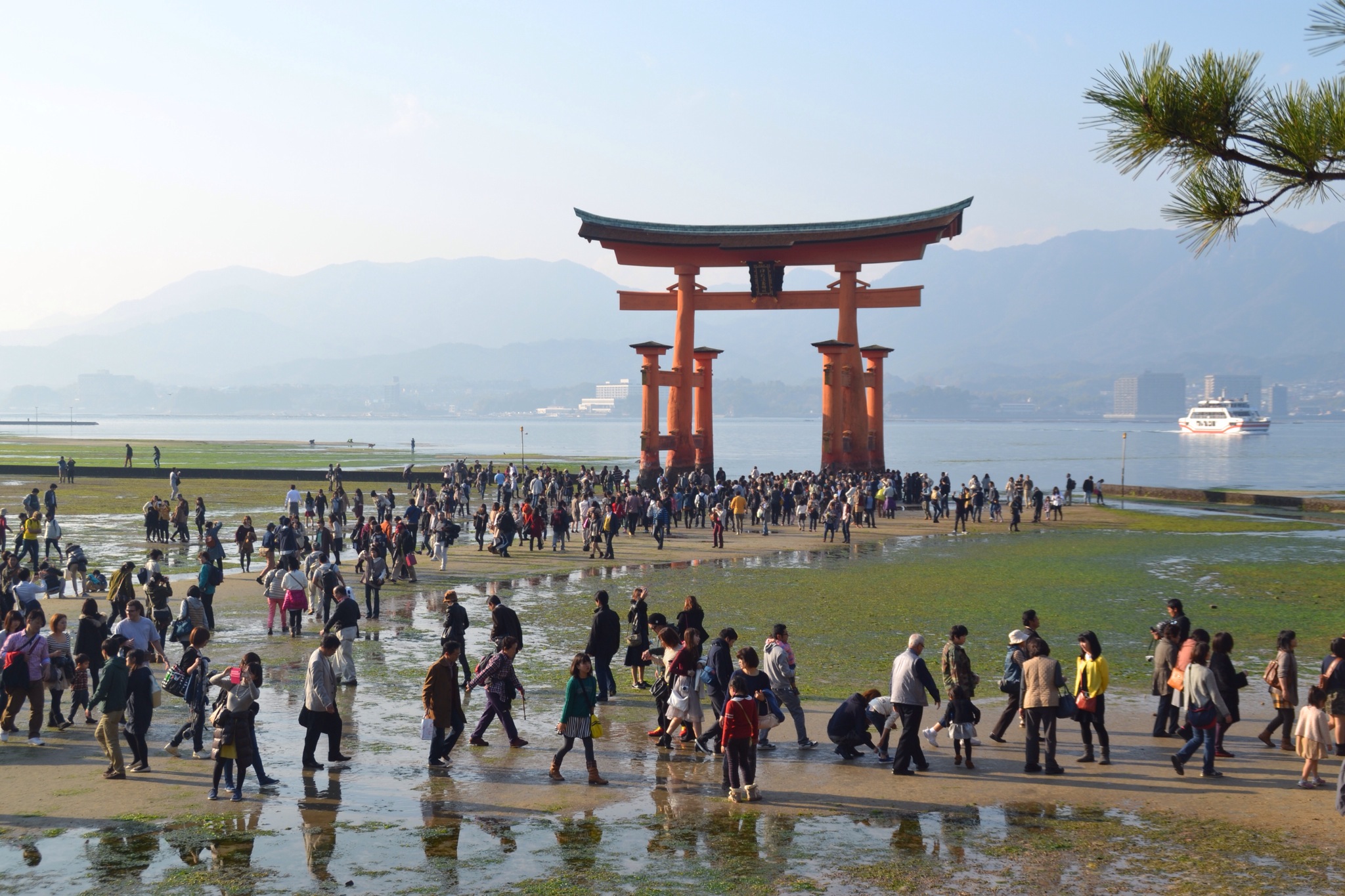 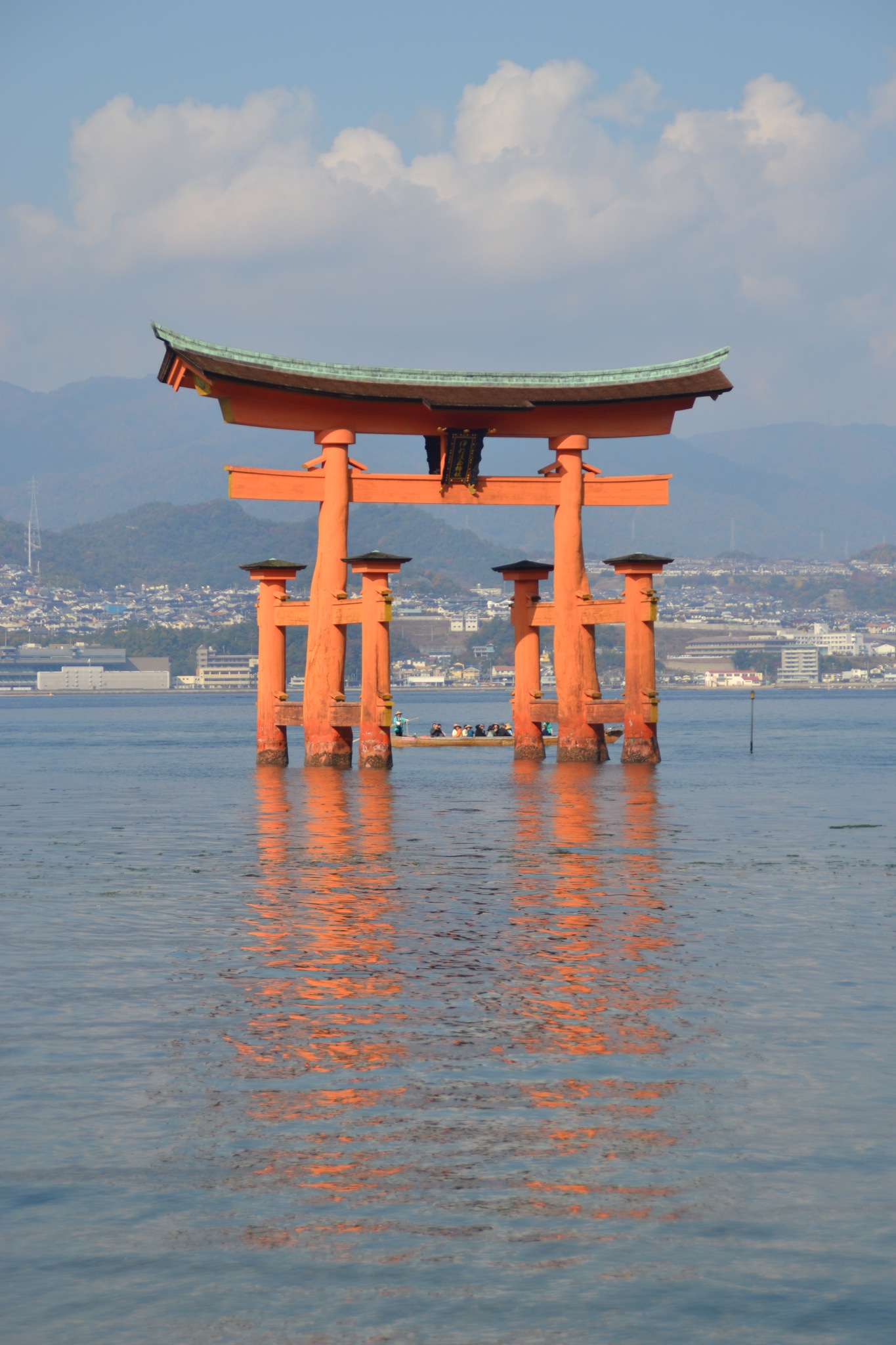 Having visited the temple, we had planned to take the cable car to the top of Mt Misen, but as we got to the base, the queue sign showed there was a 1 hour wait. There was also the option of walking, but I had heard that it could take a couple of hours to get up, plus Dean’s foot was a bit dodgy and I had already done a long run that day. In the end we saw a sign suggesting the 2.5km walk would take 1 hour so we decided to go for it. It was definitely a tough walk, steep in places plus steps but we did it in less time than it would have taken to wait for the cable car. It turned out the 2.5km distance was only to the temple on the hill so it was a bit disappointing when we got there that there were still 300m to the top, but we made it and there were great views from the summit (535m). 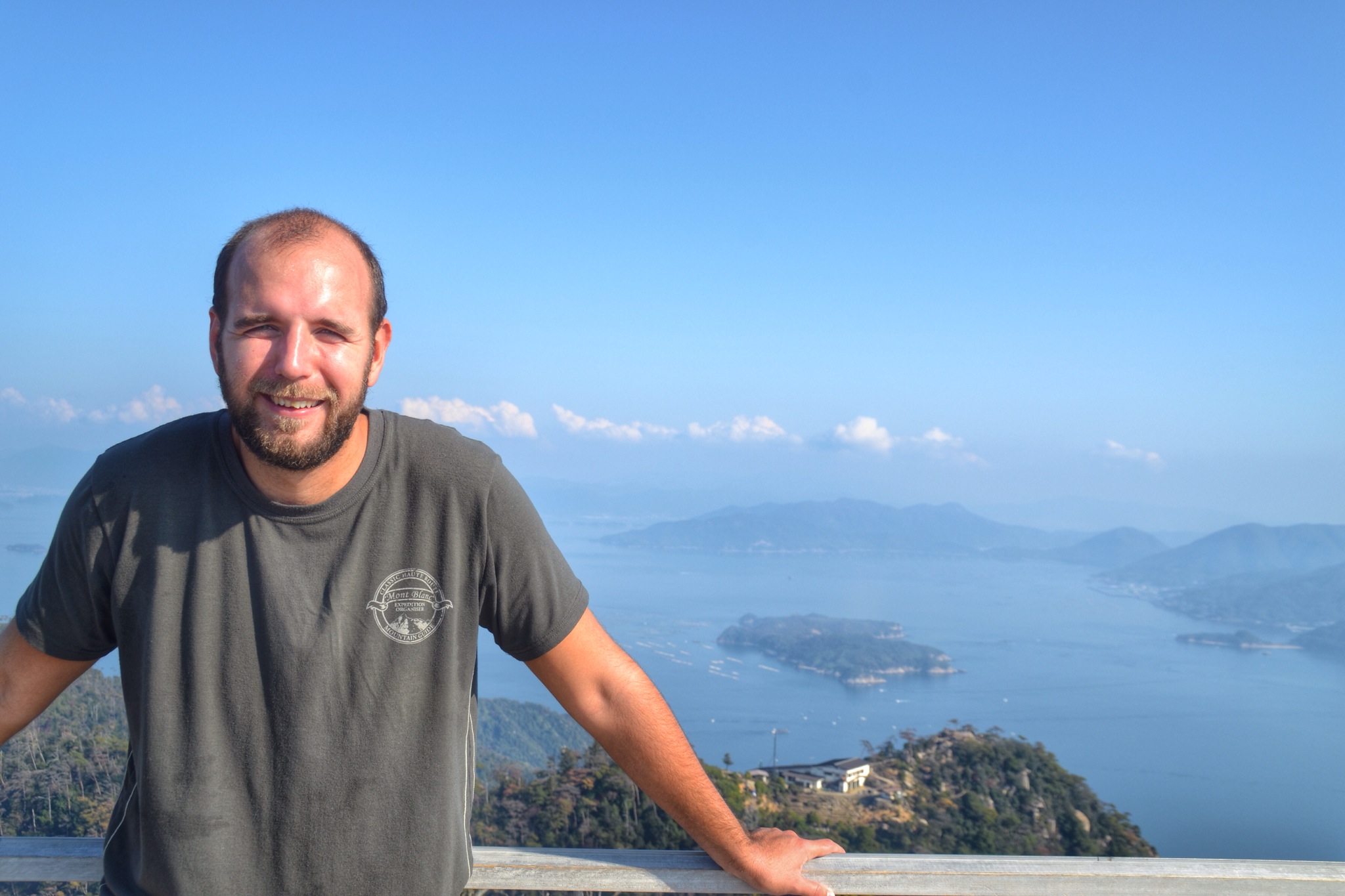 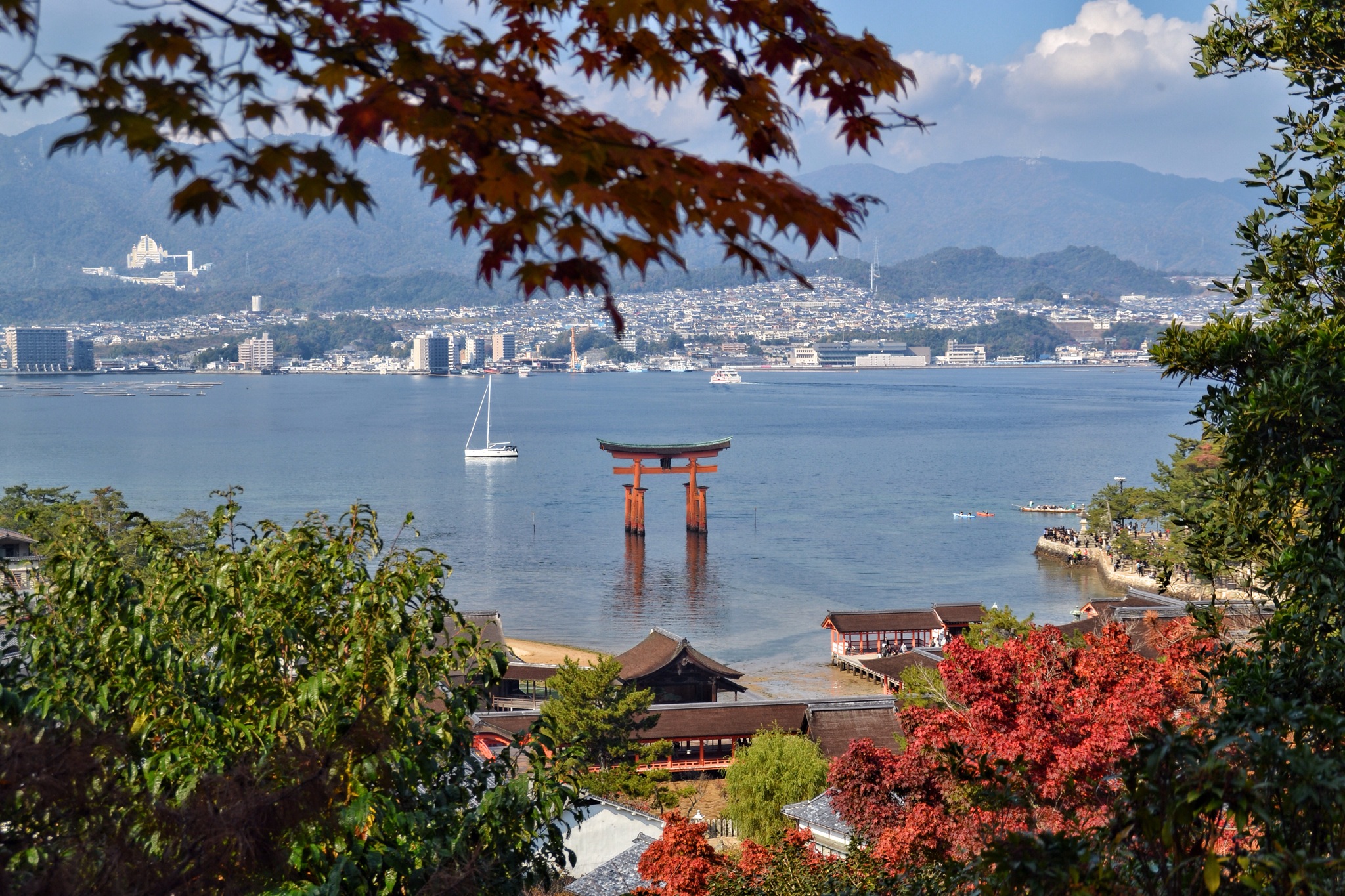 Like Nara, Miyajima has lots of deer wandering round. There’s no biscuits to buy for them, but I still managed to have another deer encounter when one started eyeing up my corn on the cob and then put its feet up to nudge me in the chest when I didn’t hand it over! Luckily Dean didn’t capture that on camera! 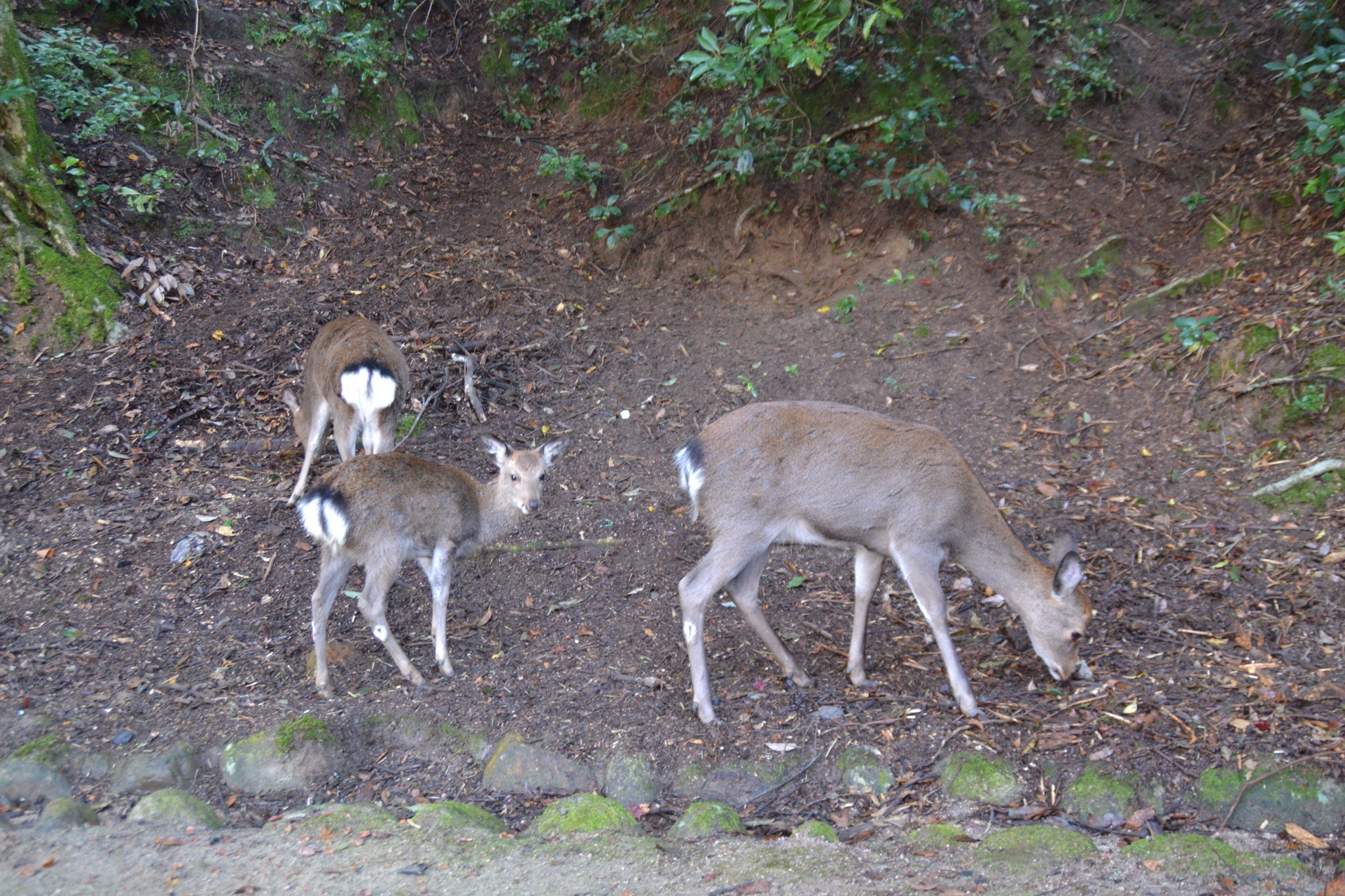 After Miyajima, we hopped back on the Shinkansen to our next stop Kobe. We enjoyed a beer which we picked up at Miyajima on the way, mostly because I liked the deers on the can.

The plan for Kobe had been to eat kobe beef and take a cable car up the hill behind the station but we failed on both accounts. We ended up going out a bit late for dinner and the steak place we picked had just stopped serving and the following day there were no free lockers at Shin-Kobe station (possibly due to the marathon happening that day) so we ended up being stuck with our bags. Dinner worked out pretty well though when we found a restaurant where everything on the menu was £1.50 – bargain! Before checking out of the hotel, we took a walk to Meriken park on the waterfront which was constructed as a memorial to victims of the 1995 earthquake. 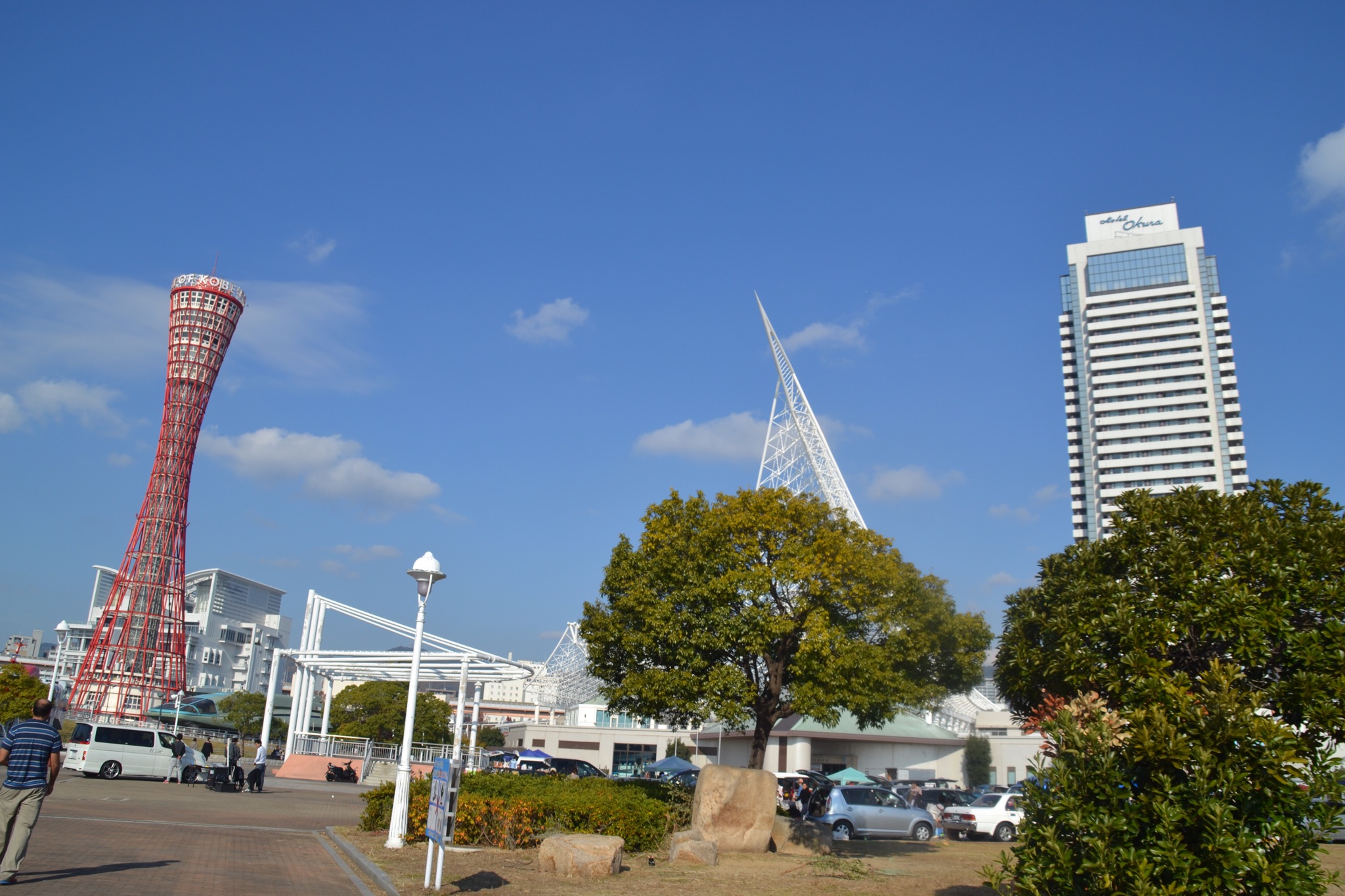 With suitcases in tow, we also had a little peek at Ijinkan, the collection of western style houses near Shin-Kobe station. The area was pretty, but there were lots of stairs which we didn’t fancy lugging our bags up so decided to call it a day and head back to Tokyo earlier than planned. 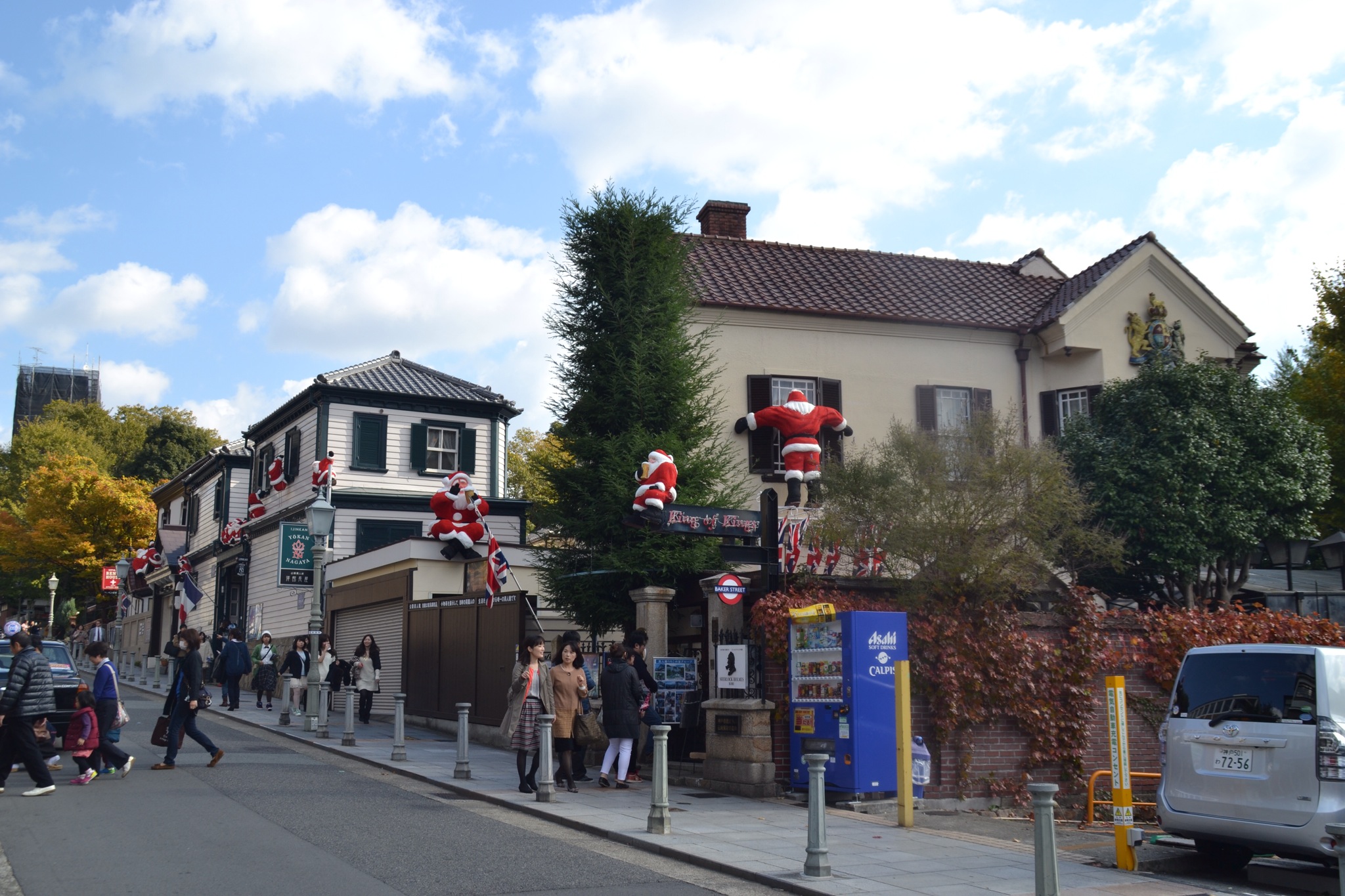 We definitely crammed quite a lot into these three days and were pretty tired at the end of them! Ideally we would have spent more time in Kobe, and it’s definitely somewhere that will be on the list if we come back to Japan again.