Our next stop in China was Xi’an to see the terracotta warriors. We flew from Beijing and then caught the airport bus into the centre. This was not a short journey, about 1 hour, and road is the only link to the airport. As we drove towards the centre, we saw many new developments of huge tower blocks on the outskirts of the city and noticed that the air wasn’t much better than in Beijing. While Beijing is known for its terrible traffic, we think Xi’an might be the worst place we’ve been on the whole trip in terms of the quality of driving. After Vietnam, that’s really saying something!

We had an early start again to drive out of the city to the terracotta warriors. Our guide was a girl in her twenties, who gave us a pretty thorough introduction to Chinese history on the drive there. She did ask us a few times whether we’d done any reading about the history before our trip, which we hadn’t, but I guess it’s common for some people to really do their homework first! I prefer to learn about the history from visiting the places.

The site of the terracotta warriors was discovered in 1974 by a farmer who was digging a well. The timing was very lucky as it was just after the cultural revolution in which many cultural artefacts were destroyed. The army was created for emperor Qin Shi Huang and was buried with him in 210-209 BC to protect him in the afterlife. Four pits have been opened, but there are more that will probably never be opened as the archaeologists have enough of a job on their hands already! At some point, the leader of the rebellion against the emperor gained access to the site, smashed many of the warriors and set fire to the chambers, so many of the warriors were damaged early on. The first pit was the most impressive. There are estimated to be around 6000 soldiers here, and you can see the archaeologists work in different stages. The warriors which have been fully restored have been returned to their original position, others stand waiting for missing pieces to be found, the majority haven’t been excavated yet. 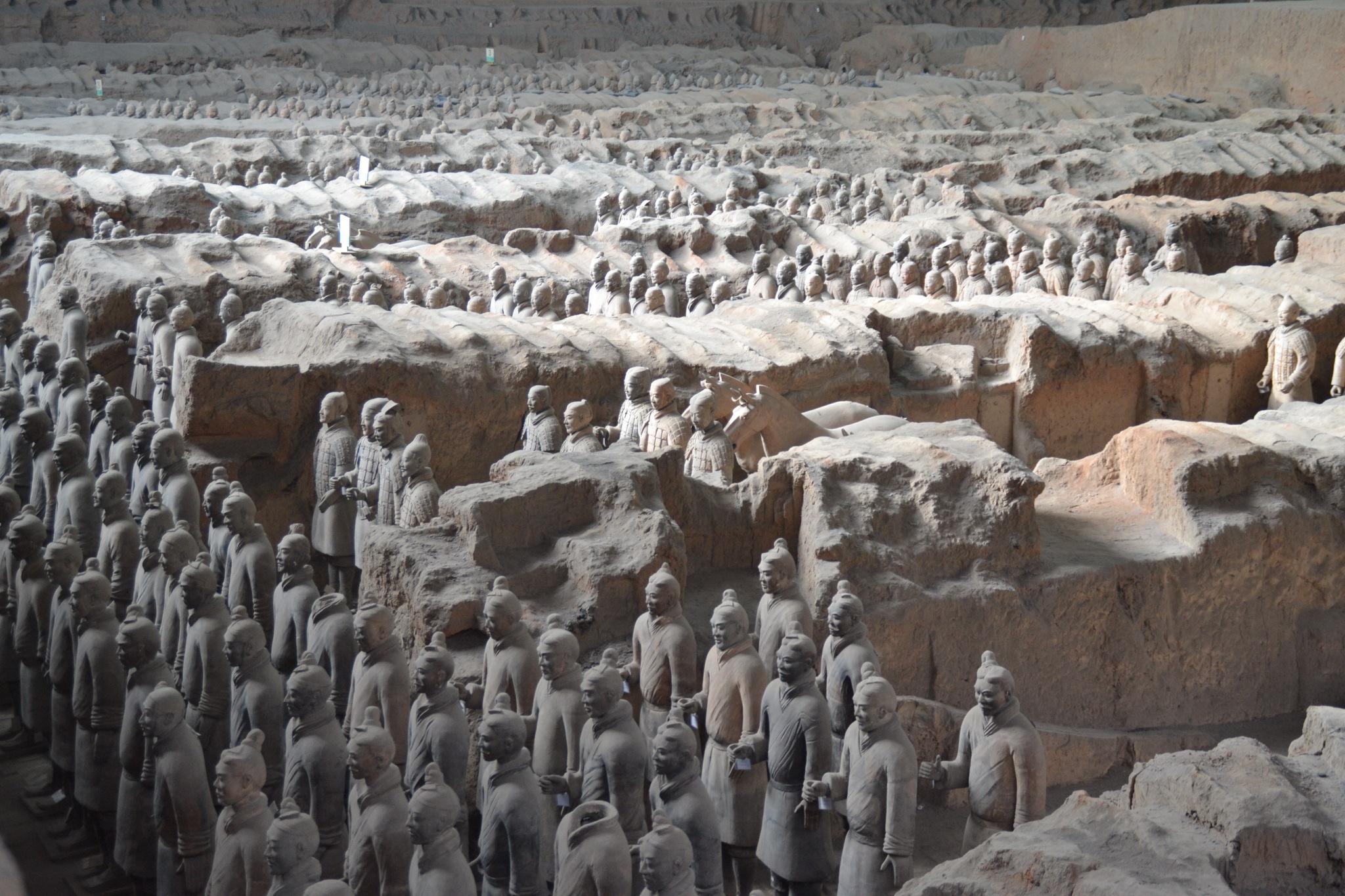 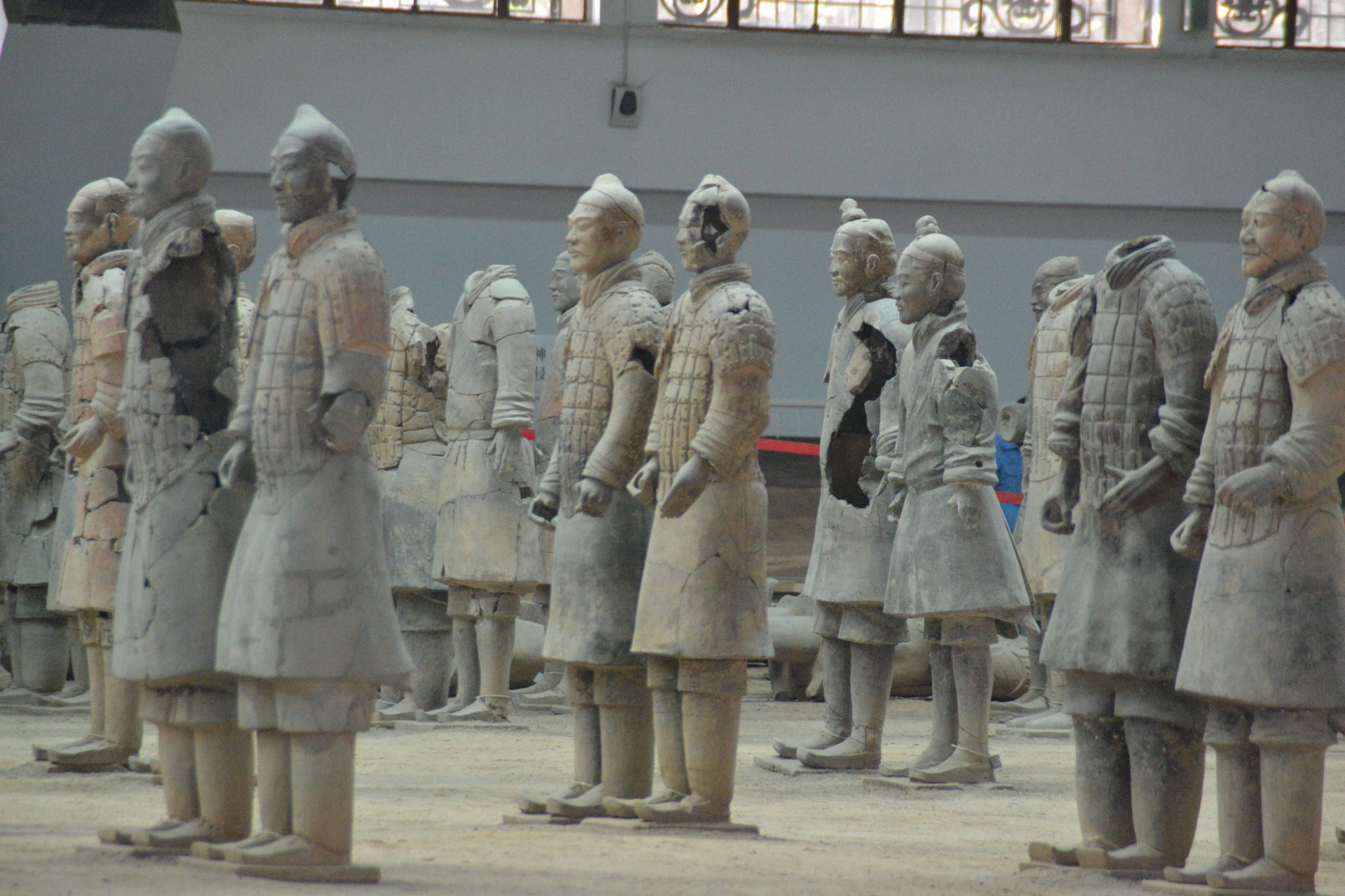 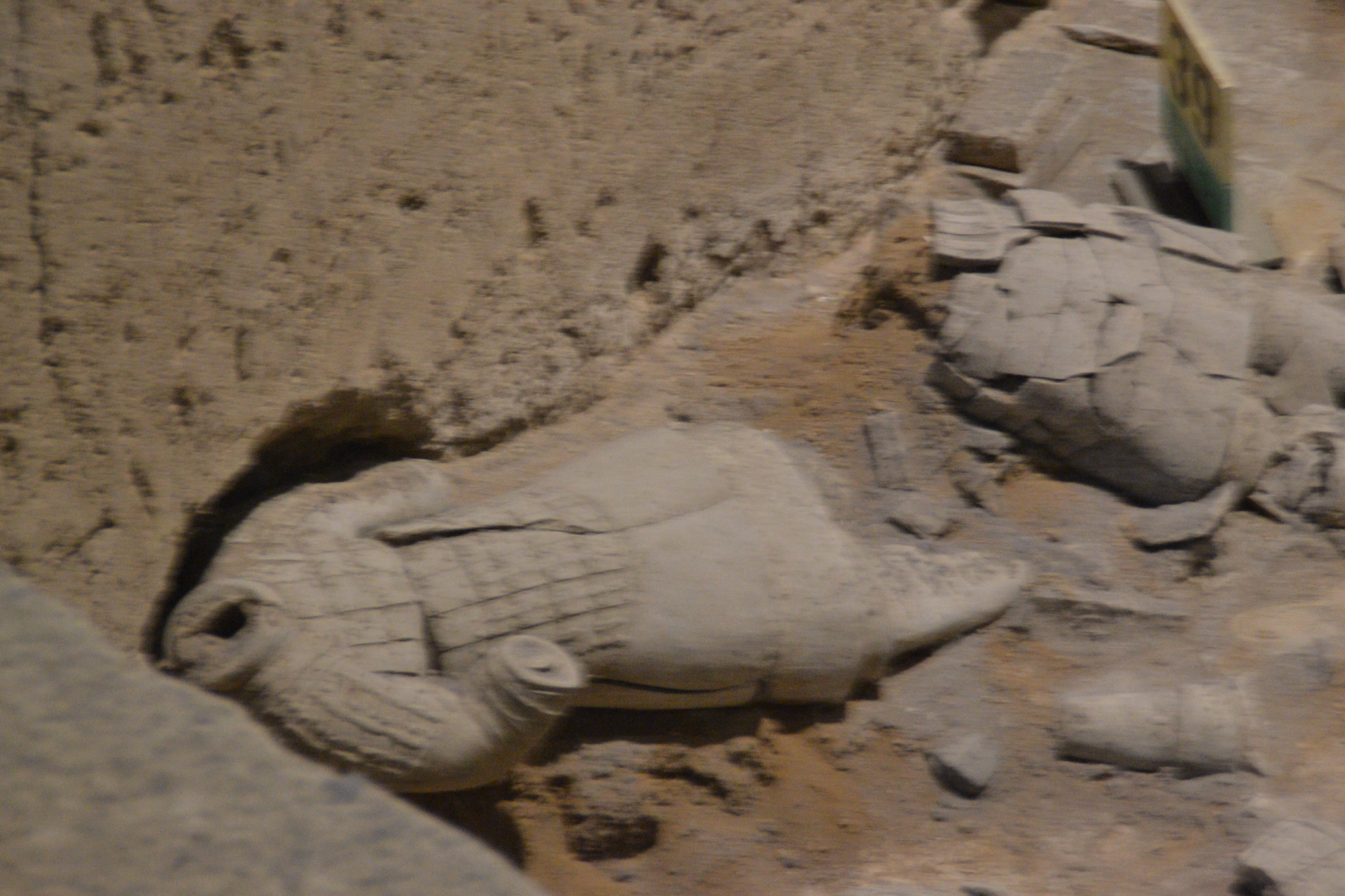 The level of detail on the statues is incredible. Each one is said to be unique and although now there is little trace of colour, they were originally painted and they had a couple of samples on display to show how they would have looked then. 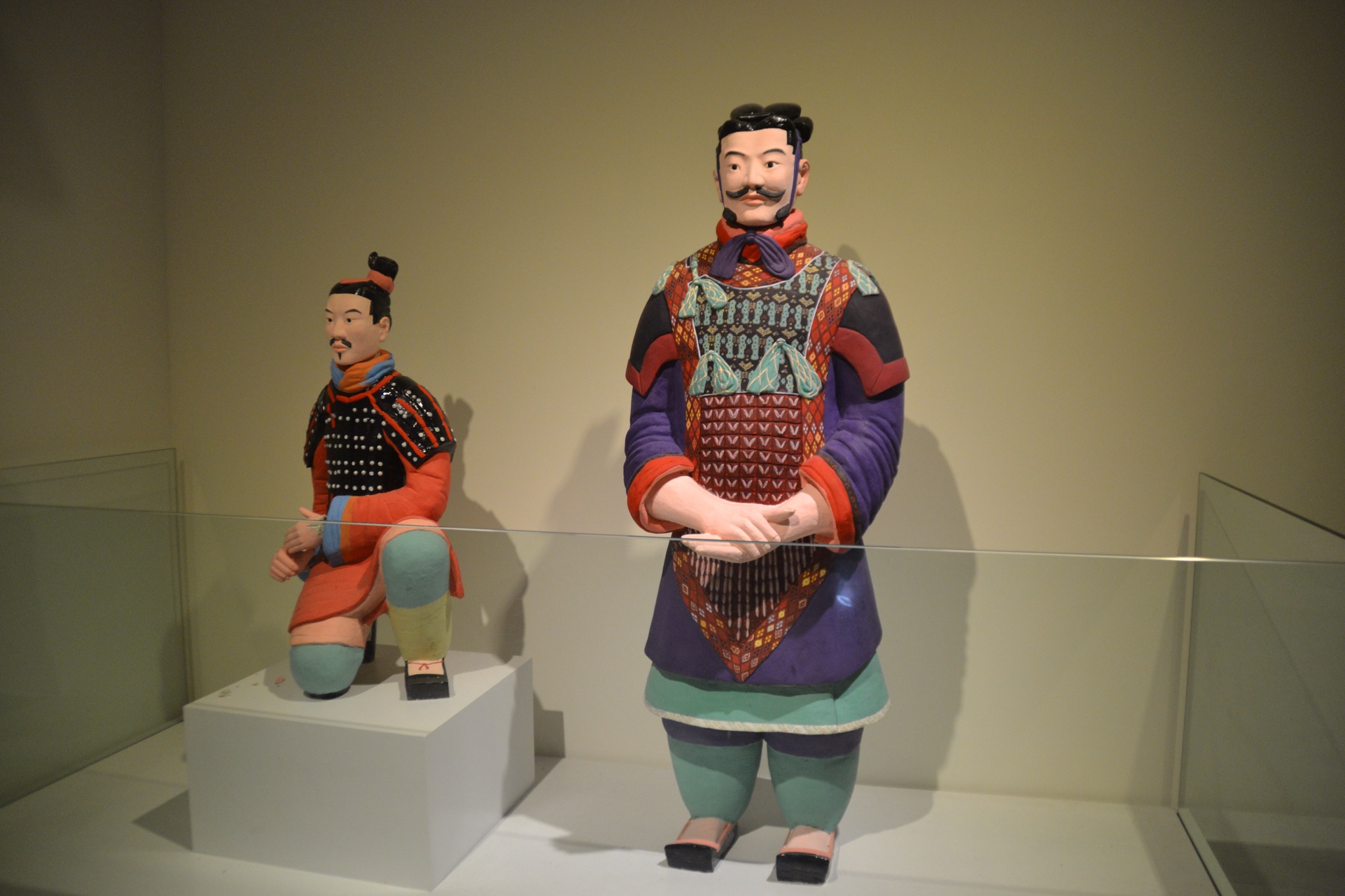 The emperor’s tomb itself has not been opened as there is the risk of damaging what may be inside as soon as it comes in contact with the air along with the fact he is said to be surrounded by rivers of mercury. The soil at the site has high levels of mercury so it’s likely this is true.

On our way back to our hotel, we stopped at another of Xi’an’s sights, the Big Goose pagoda. It was built by the Buddhist traveller Xuanzang to hold artefacts that he brought back to China from India. In front of the pagoda is Asia’s largest musical water fountain which plays twice a day. We arrived just at the right time to see it in action. 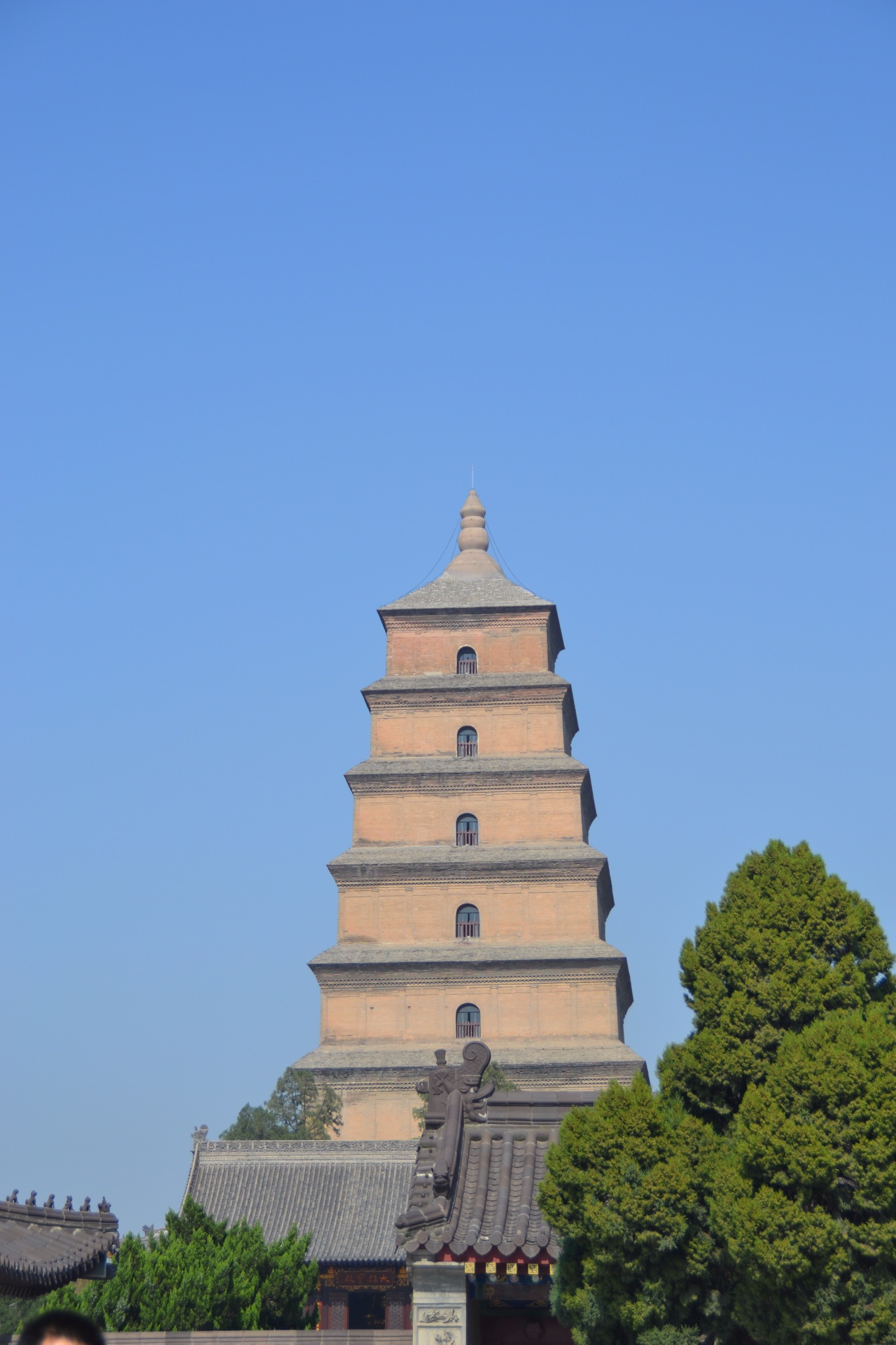 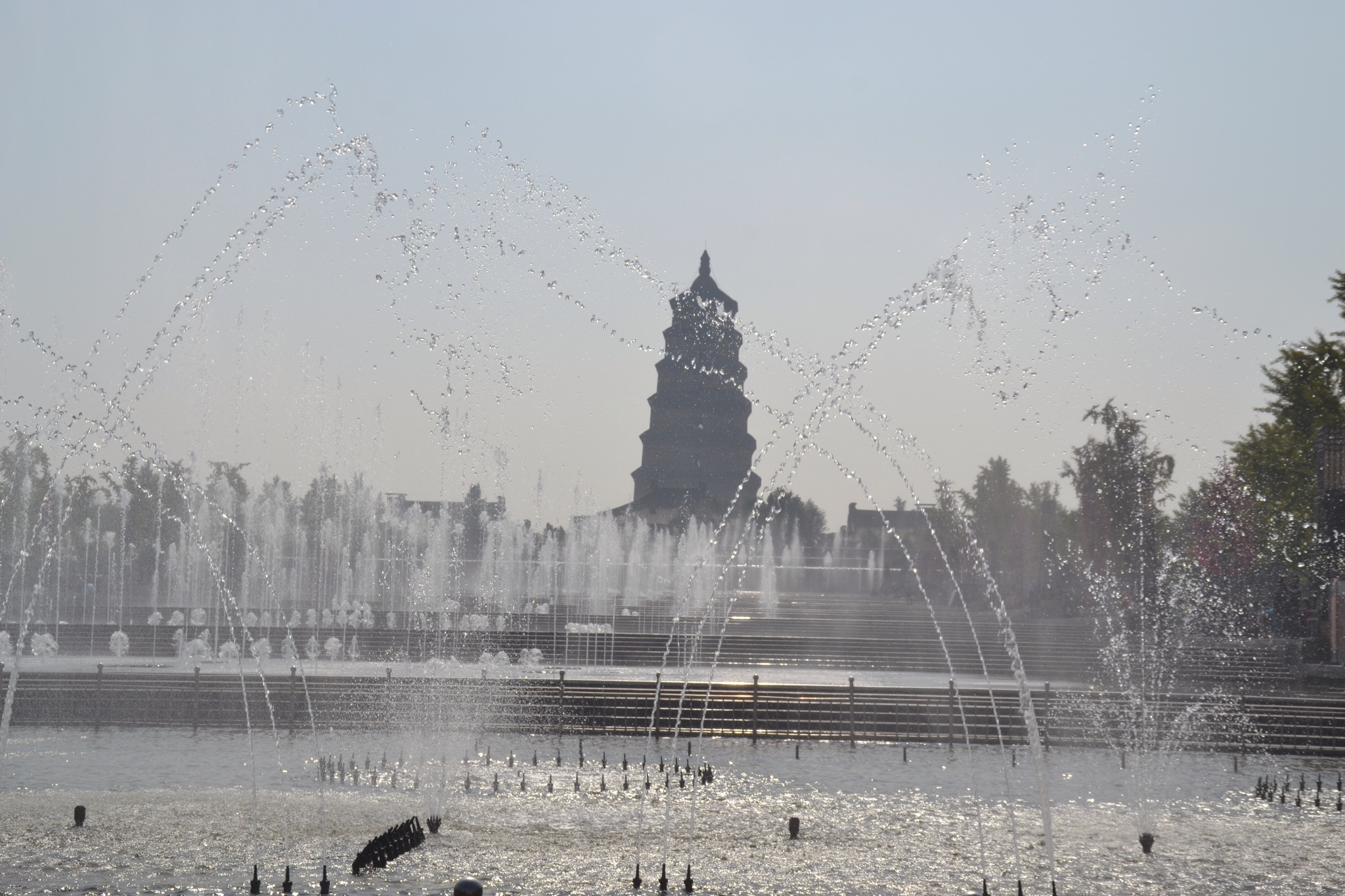 The old town is surrounded by one of the best preserved city walls in China. Although not much inside the walls is ancient. In the evening, we took a walk down to the Southern side of the wall, passing by the Bell tower which was built in 1384. At night, the tower and the wall are lit up and we went for a nice stroll along the wall. It’s also possible to hire bikes and cycle the length of the wall but it’s probably best done during the day as we saw no lights on the hire bikes! By the Southern gate, there was a small cluster of bars where we enjoyed a Tsingtao beer before our walk. 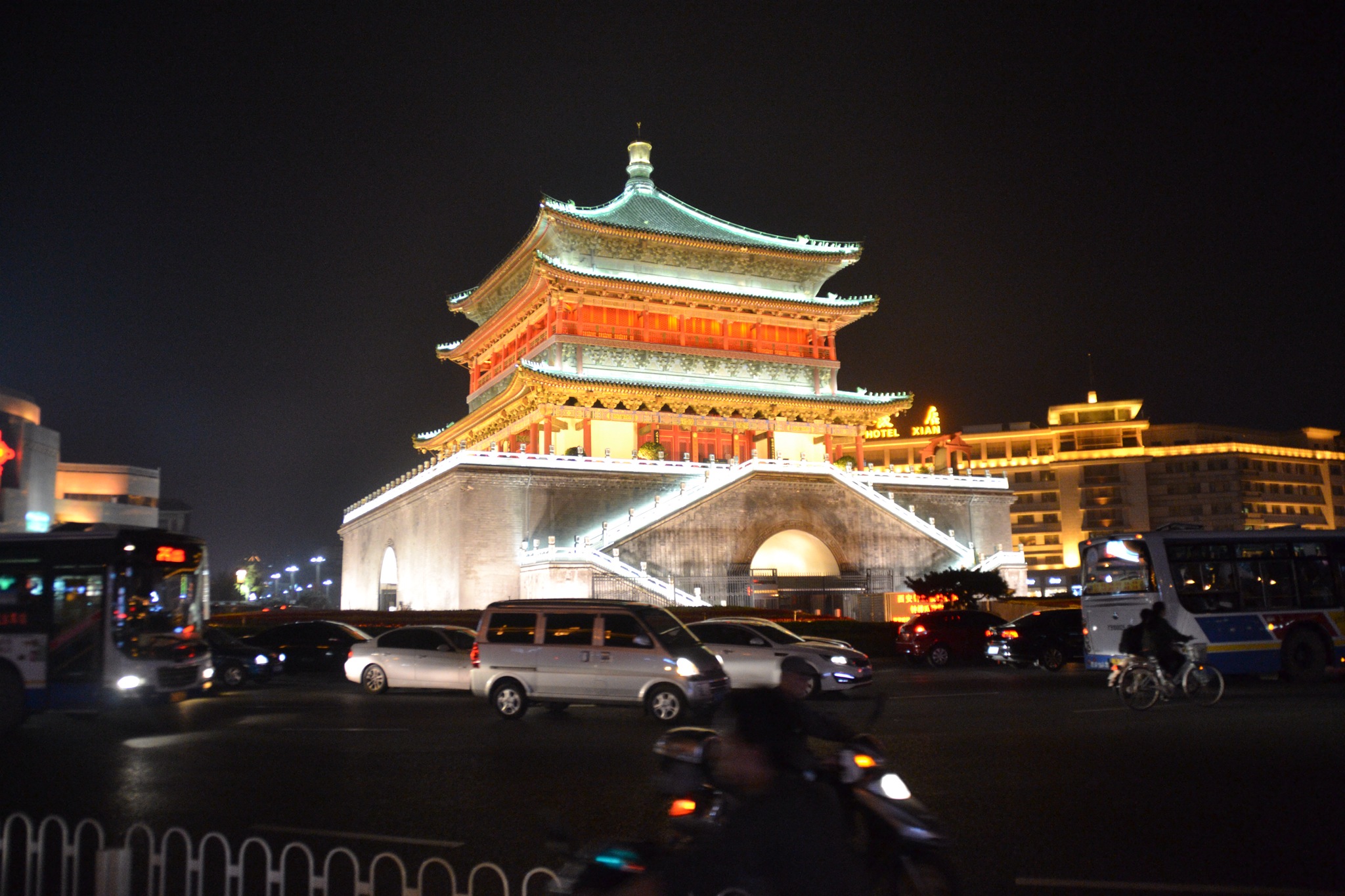 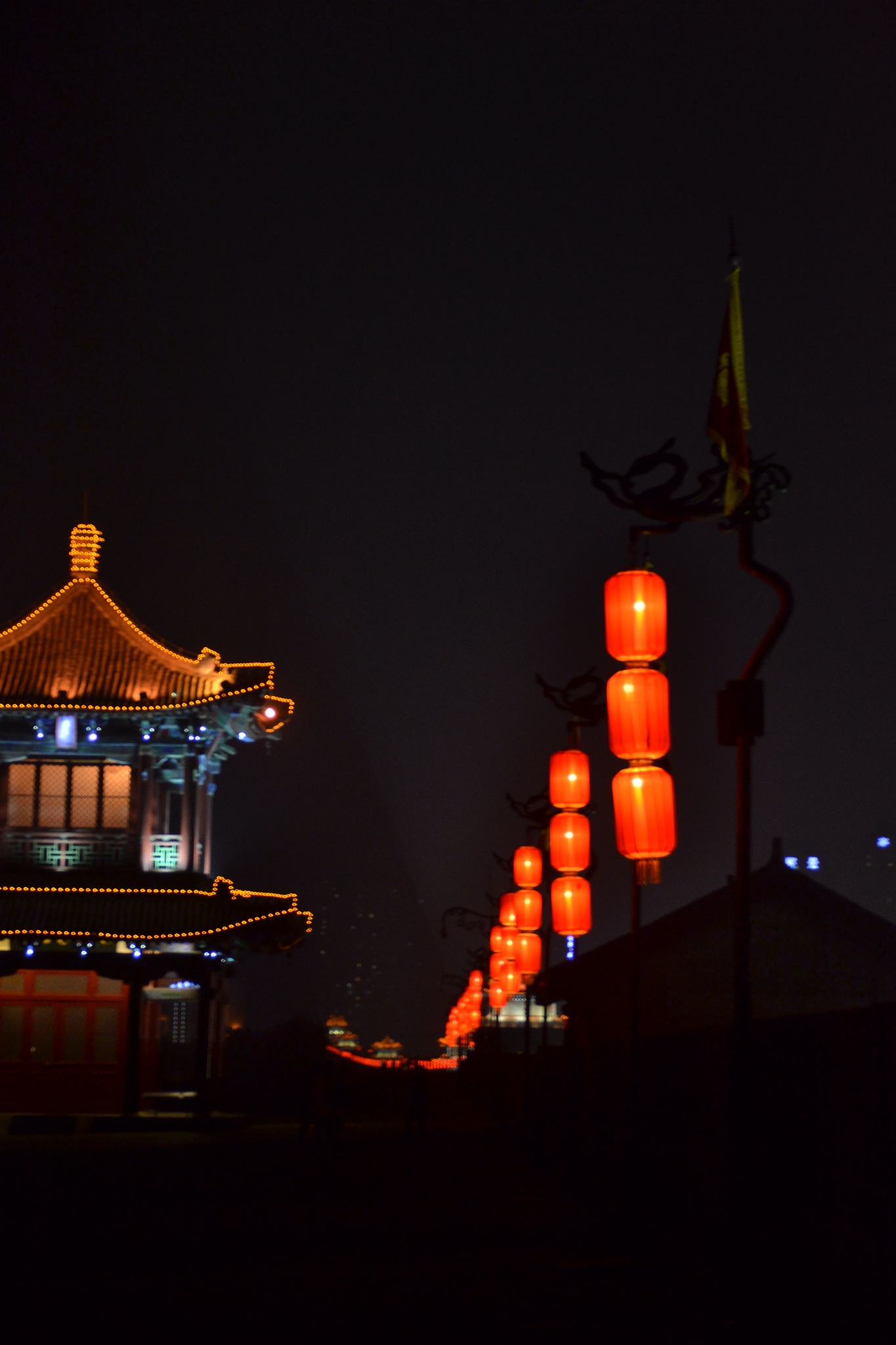 As a city, Xi’an seemed more pleasant than Beijing, the city walls and nearby bars and restaurants were attractive and it had the feel of being a city with a large student population. But the smog, traffic and building work just cast a shadow over it from my perspective. Our guide was telling us that Xi’an wants to be an international city of 10 million people which is why all the new tower blocks are being built, but surely there’s more to being an successful international city. The infrastructure just didn’t seem to be ready. I read while we were in China that a new coal power station is opened every 5 days! You can see why all that powers needed but it seems someone’s priorities got a little messed up along the way.