Our four weeks on Japan started with our first ever aborted landing coming into Narita airport. It looked like we were nearly down and then we were taking off again! The cabin crew made the very helpful announcement of ‘Ladies and Gentlemen, we were landing, but now we are going up again. We will let you know……’ It emerged the pilot lost contact with air traffic control so was just a case of looping round before attempting to land again. Getting from Narita to Shinjuku was easy – a direct train although the journey is over an hour due to the scale of the city.

Stepping out of the station, we instantly felt welcomed. Looking at a map to figure out which exit we needed, a woman rushed over to ask where we needed to go and then enlisted the help of the station staff to give us directions.

As it was quite late by the time we arrived, it was straight out to dinner. We headed to an izakaya (pub/eatery) by the station and had great fun ordering a selection of little dishes just by pointing at pictures in the menu.

The next day, we headed to the gardens of the Imperial Palace. I couldn’t get too excited about them but Dean thought I was being overcritical. I imagine they’re much prettier in Spring or later in the Autumn when the leaves start to turn brown. 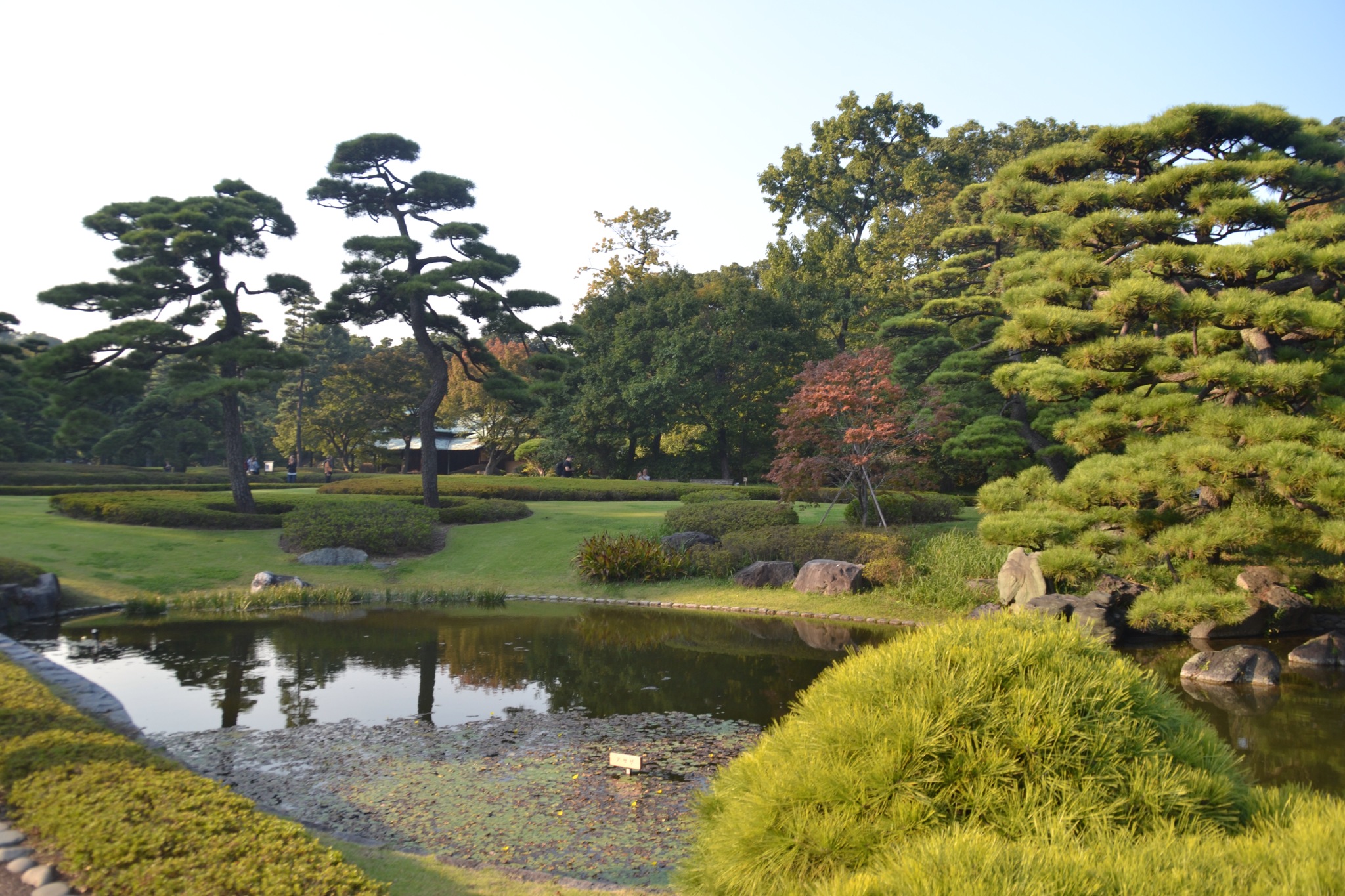 From here, we walked to the Akihabara Electric Town, so called as after the war it was a big shopping area for electronics. Now it’s the centre for all things manga and anime related. We went into a themed cafe based on the anime series called Gundam. Dean had at least heard of it, but neither of us had watched it. I still appreciated my themed cappuccino though! 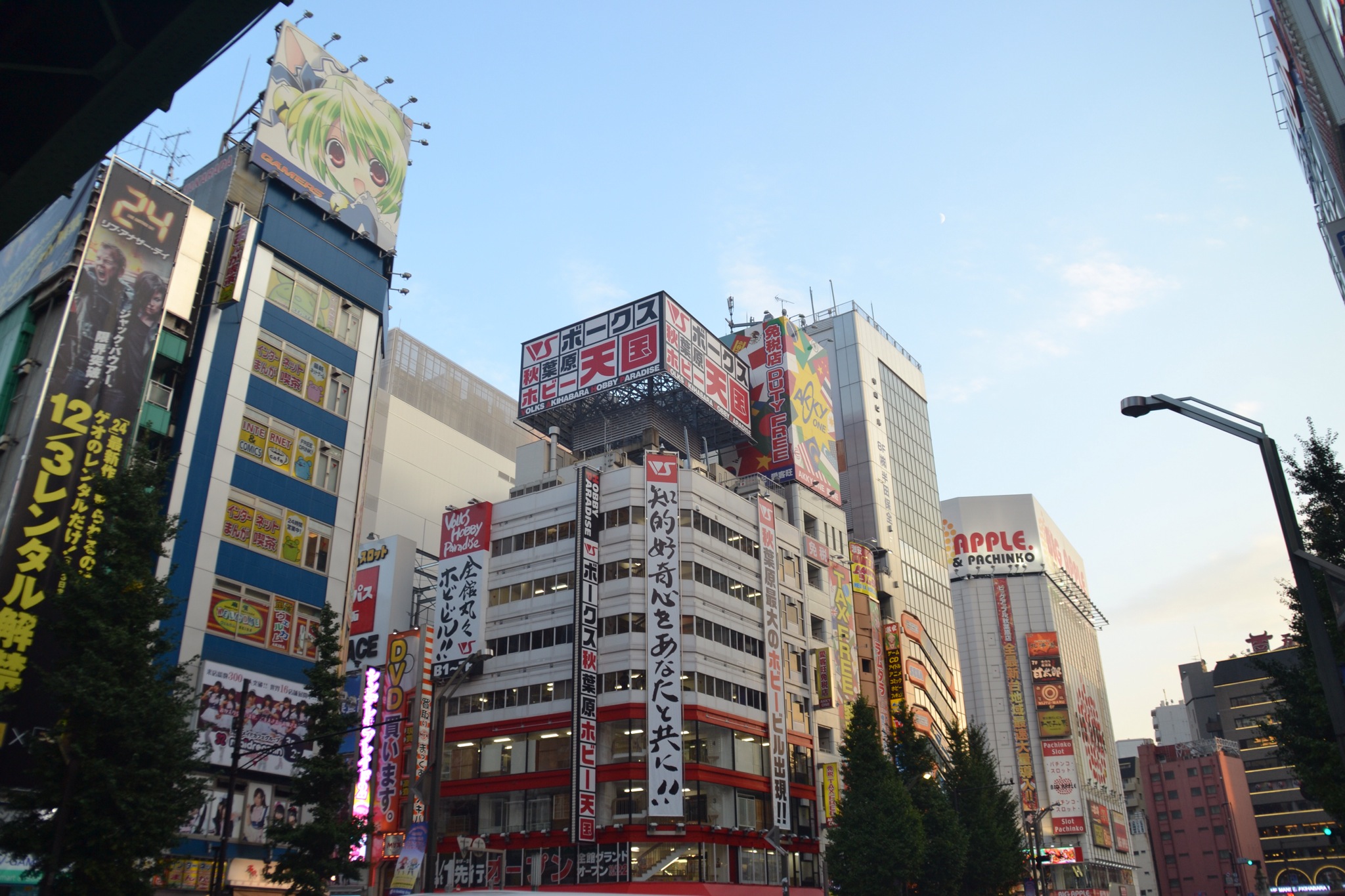 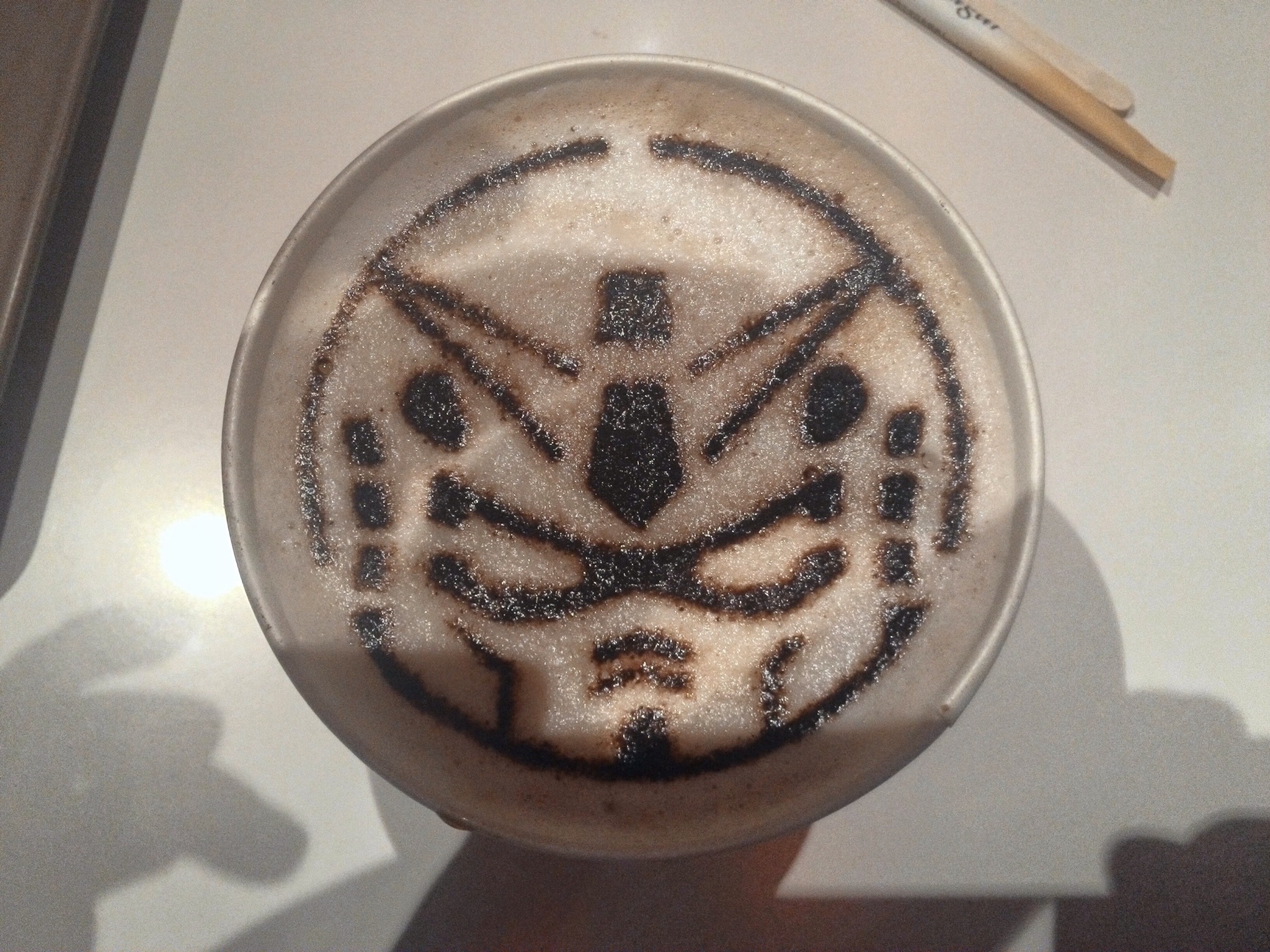 Lots of the restaurants in Japan have plastic models outside so you can see what dishes they serve. Some of them look pretty realistic and we particularly liked the models of beer, just in case you didn’t know what it looks like! 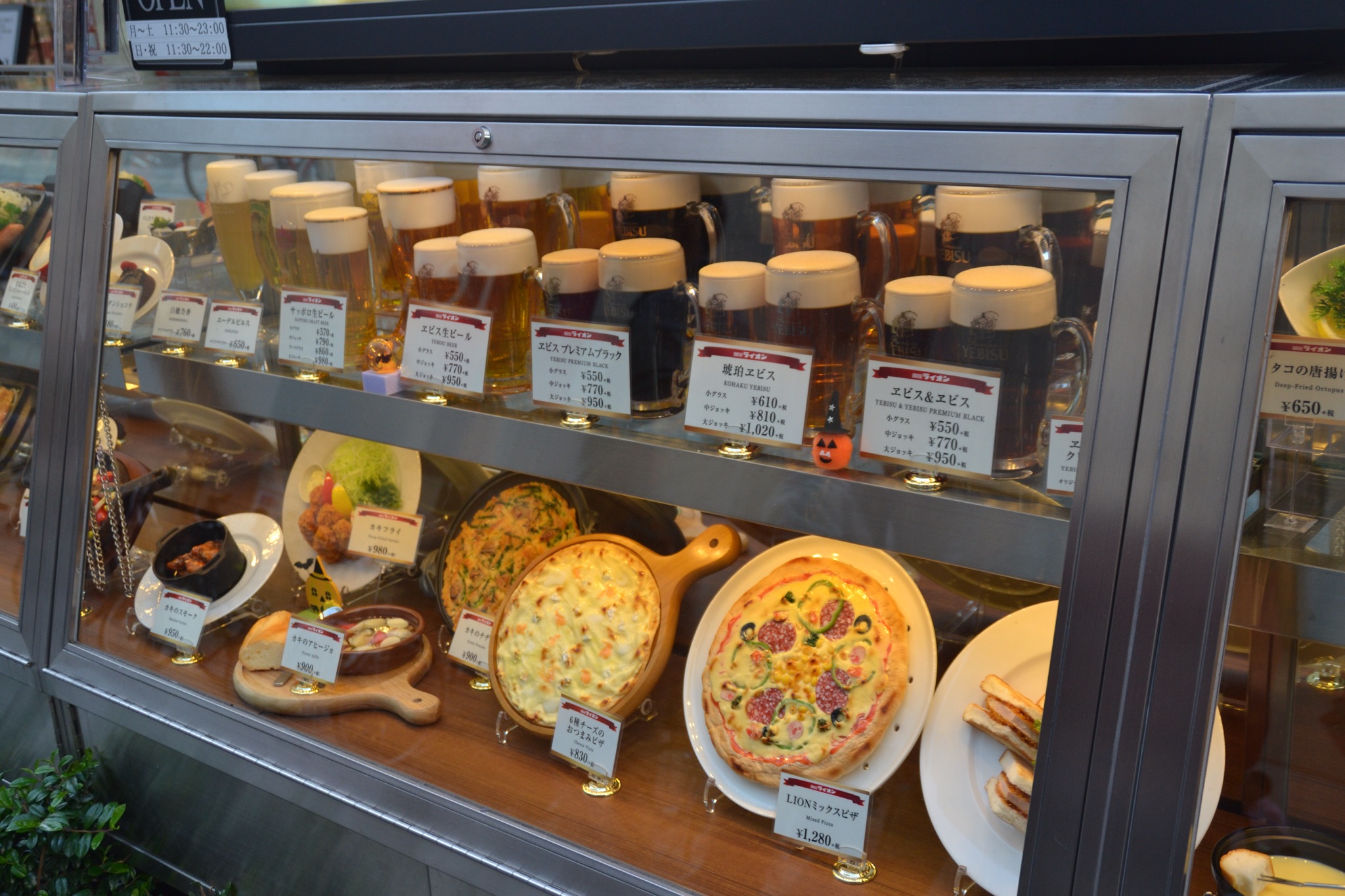 In the evening, we headed out to sample the Shinjuku nightlife. We had planned to track down an all you can eat shabu shabu restaurant for dinner, but finding anything when restaurants are stacked six storeys high and it’s all in Japanese is challenging to say the least! So dinner was another session of pointing at pictures in an izakaya. We then headed for the Golden Gai district. This is an area of 6 tiny alleys containing hundreds of tiny bars, no bigger than your average living room. Quite a few of them have themes according to the owners interests. We had read that quite a few of them operate more as private bars, so you won’t be welcome (especially as a foreigner) at all of the bars. Some just have six seats reserved for the owners friends. We researched a few foreigner friendly places and started off in Araku, an Australian bar. It was small but is apparently bigger than many in the area. We sat on a table right next to a couple from Brighton and exchanged Tokyo tips. We then moved on to a smaller bar called NaNa, founded by a Japanese lady with a love for flamenco. Apparently any flamenco artist visiting Japan goes to this bar and signs their name on the wall. In fact while we were there, there was also a visiting flamenco singer. We grabbed seats at the bar and soon got chatting to the owner. He was drinking as much as his customers and talking to him was pretty entertaining. He explained how he started coming to the bar when he was a student in his twenties and always sat in the same corner. Despite hating flamenco music, he now owns the bar and due to the fact it’s an institution amongst flamenco artists, it has to remain as such. 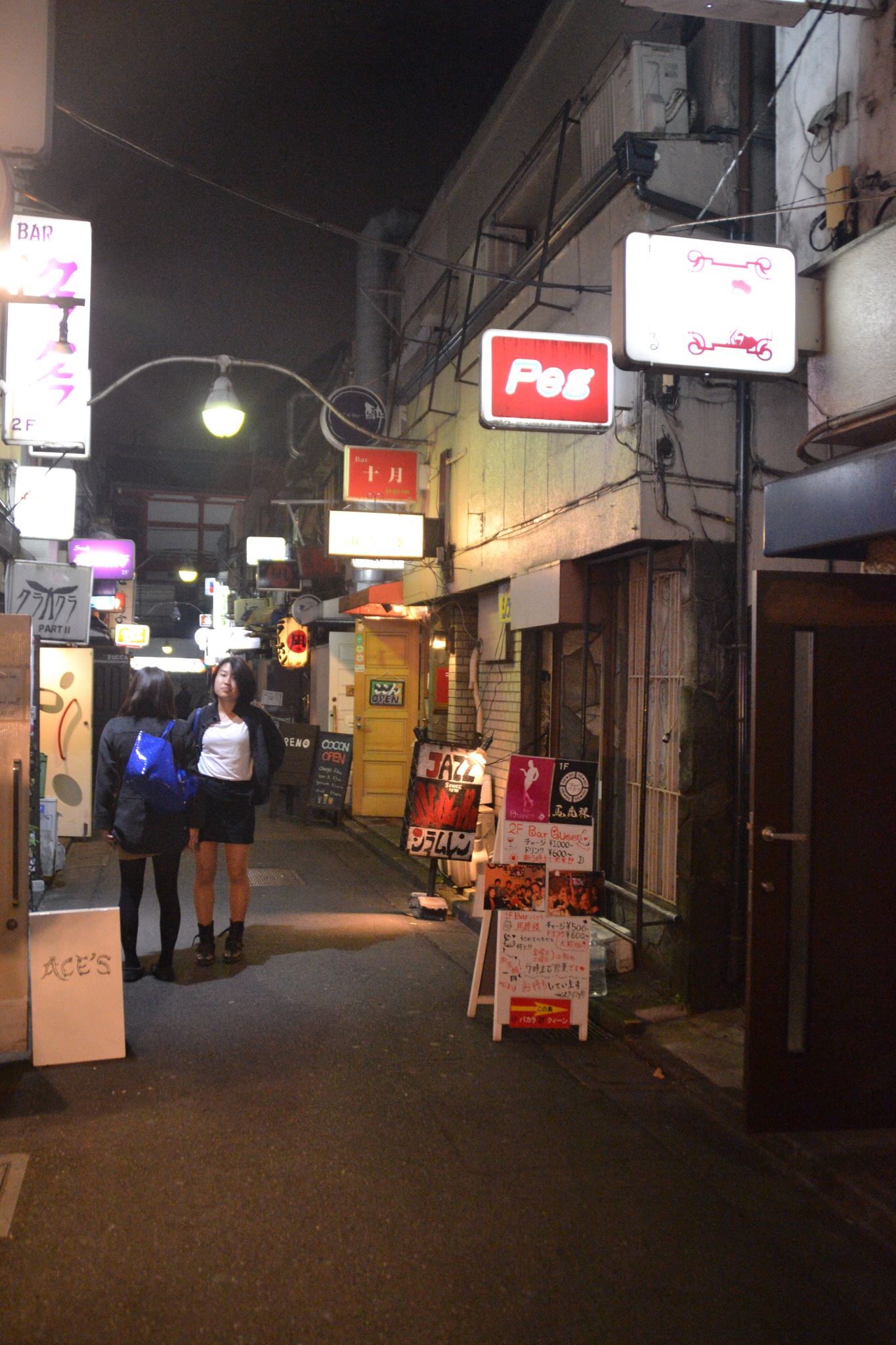 From here, we moved on to a bar called champion which was advertising 500 yen drinks (£2.70) and karaoke. We ended up chatting to a regular who made manga models for a living. His company made the samples, then sent them to China for mass production before shipping them back into Japan to sell in shops. It seemed to be treating him pretty well as he showed us pictures of his Ferraris and bought lots of tequilas for everyone in the bar! All in all, a pretty awesome night out in Tokyo!

On account of the tequilas, we didn’t have a very early start the next day, but after lunch we had booked tickets for the Ghibli museum, something we were both pretty excited about! Studio Ghibli is Japan’s Disney equivalent, producing feature length anime films. Their most famous is probably Spirited Away, but our favourite is My Neighbour Totoro. We highly recommend you watch it if you haven’t already! We started our visit by watching an animated short only seen in the museum. Luckily it was largely without dialogue so we could follow what was going on. We then saw how the design of the characters progresses from simple sketches and how the animation is produced. We stopped for a drink in their cafe and were pretty excited to find they sold Ghibli beer! 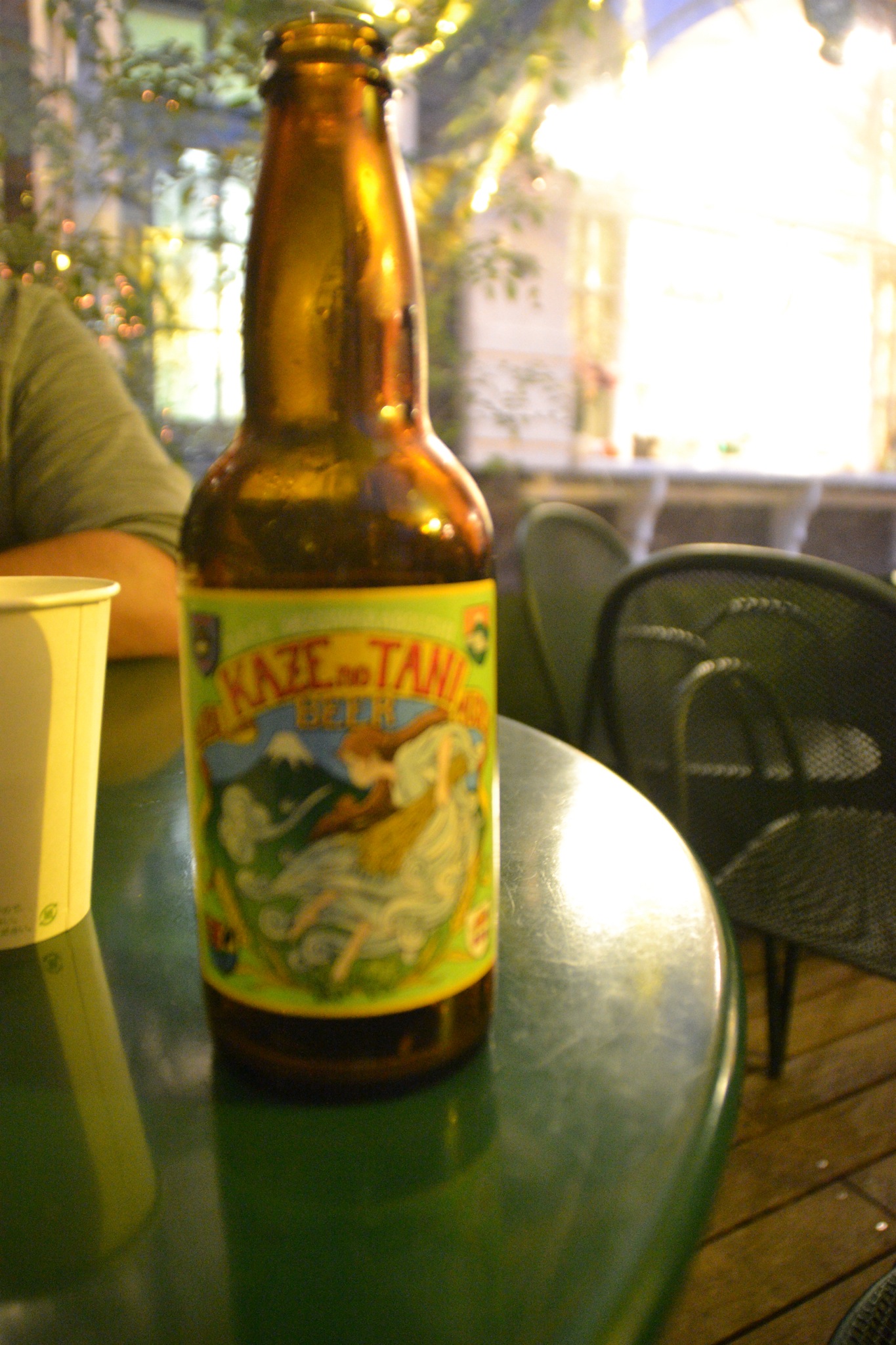 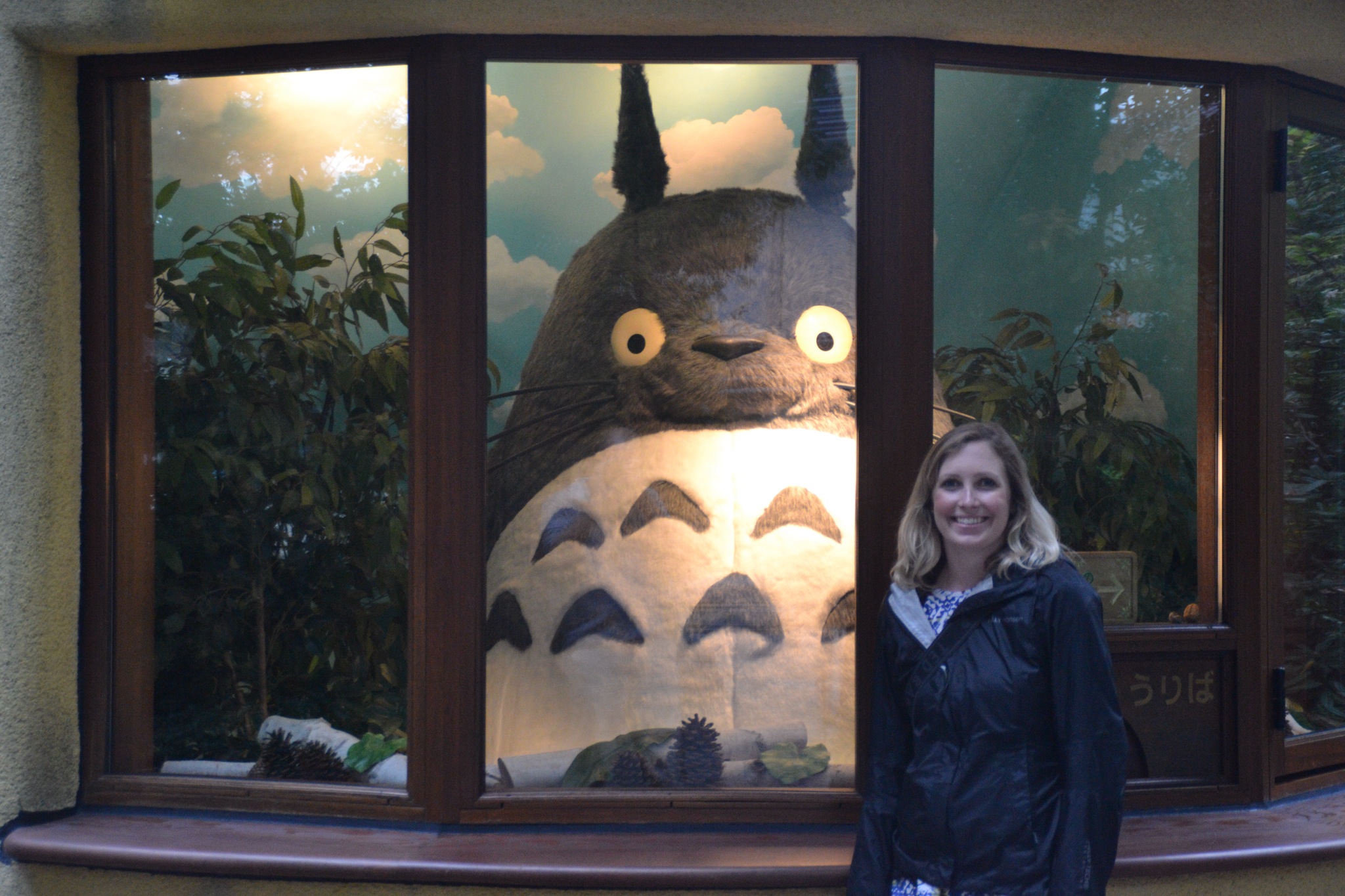 On the Saturday, we headed to the Harajuku shopping area. As we’re heading towards to colder places, I needed some jeans. Buying jeans is not my favourite task at home, let alone abroad. I was in luck though as we came across Next – my go to jeans store! All the shops here wrap the paper bag they gave you in plastic so it doesn’t get soggy in the rain! 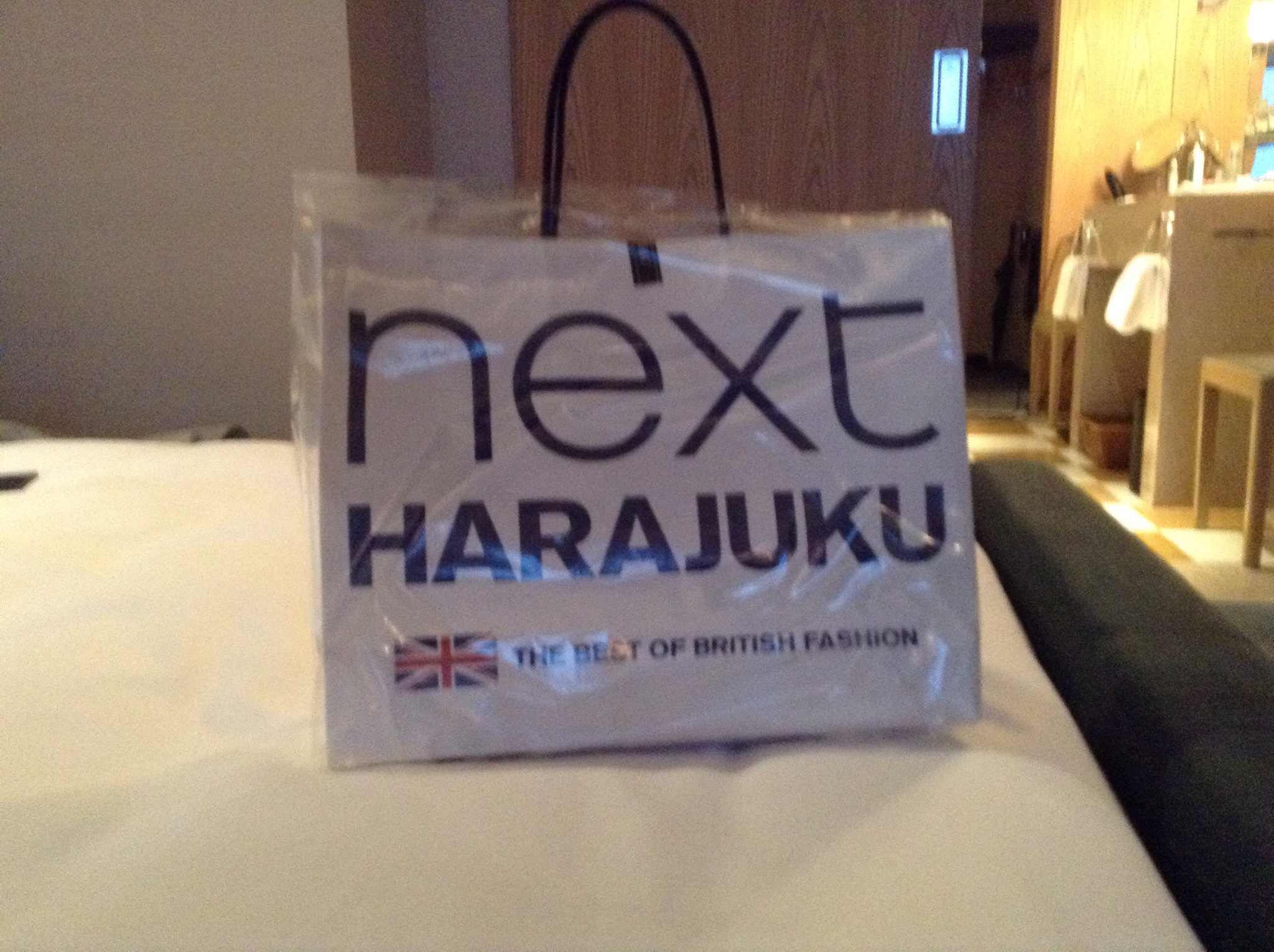 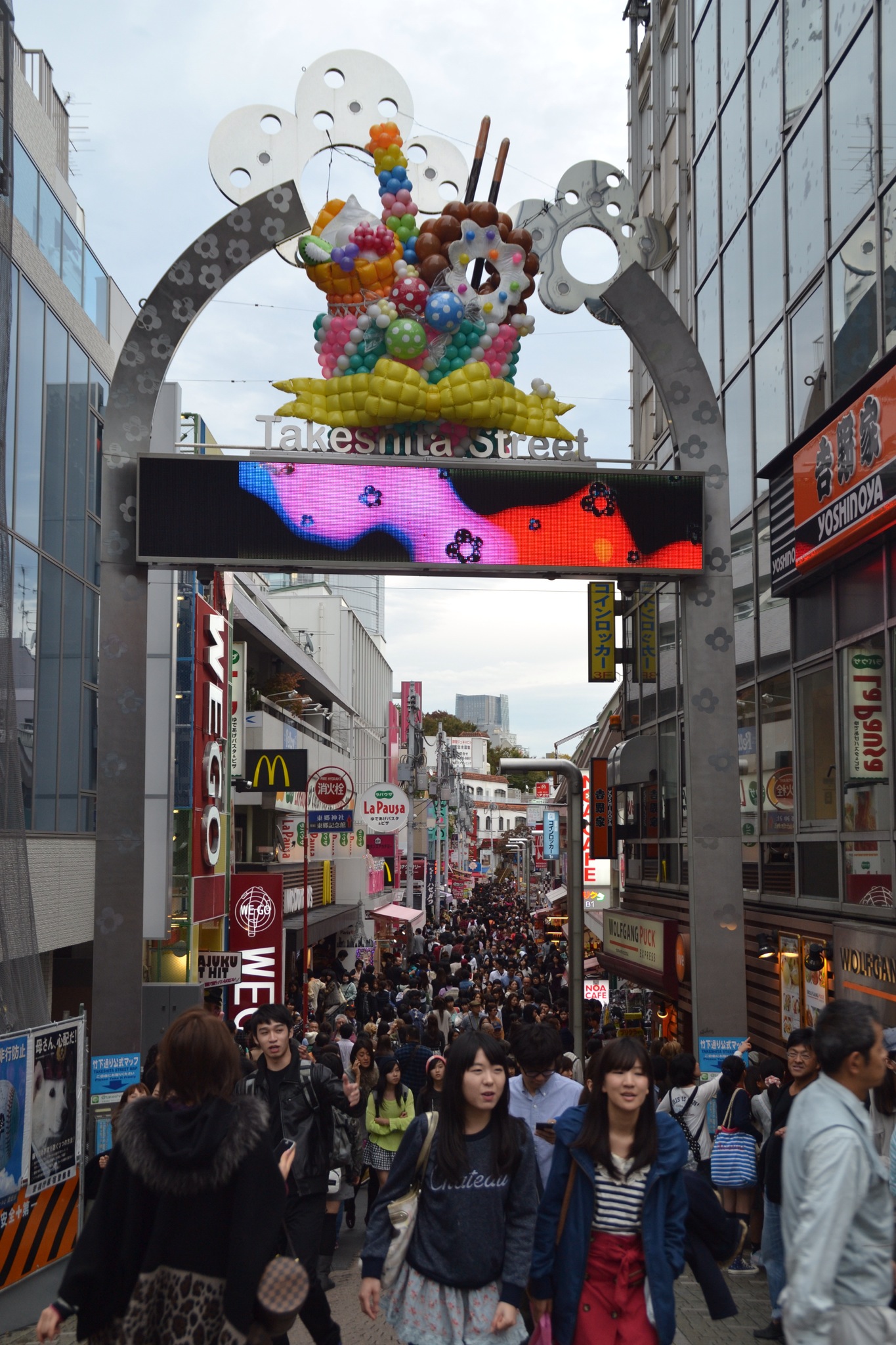 As Tokyo has the highest number of Michelin stars in the world, we were really keen to try some good sushi while we were here. In the months leading up to our arrival, we did some research. Some of the best are apparently not all that welcoming to foreigners, but we got in touch with the concierge at our hotel and they arranged a booking for us at two star Sushi Kanesaka. We made sure to brush up on proper sushi etiquette before going, watching a YouTube video for tips. When we arrived, we realised we didn’t have too much to worry about as we were seated at what seemed to be the foreigners end of the room! Eight of us sat at the counter around the chef, watching him prepare the dishes. In the end we lost count of how many courses there were, but highlights were tuna cheek, yellow jack and eel. Although the sushi was simple, the taste and textures were amazing. The rice was warm which made a huge difference and the chef did most of the soy sauce and wasabi application for us so we just had to pop it in our mouthed (fingers allowed!) The lady sitting a few spots along from us clearly hadn’t done her research though as the chef had to stop her from putting ginger on top of one of her sushi pieces and explain that it should just be eaten in-between courses. After eating sushi here, we think we might have ruined all other sushi for ourselves. It was worth it though! 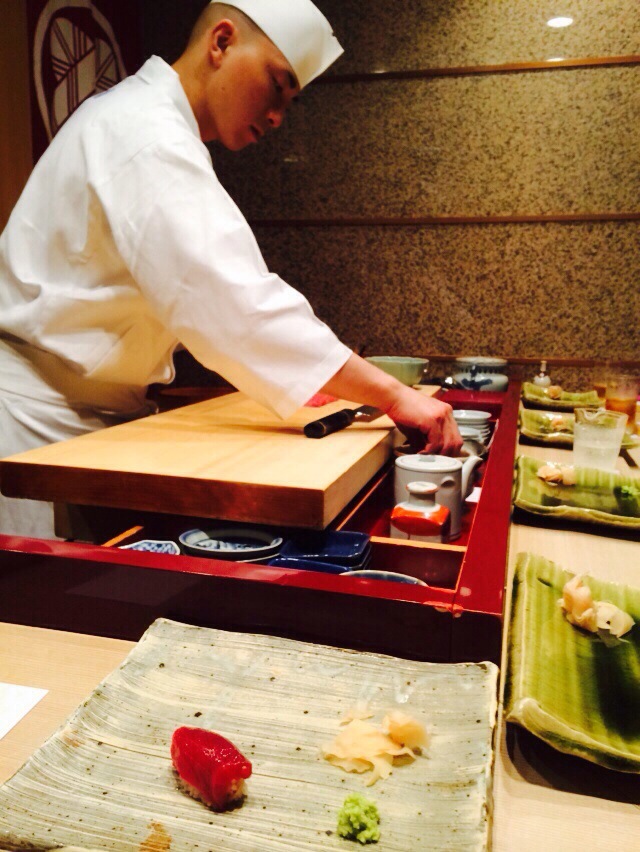 On our last day in Tokyo (for now), we headed to Shibuya for a bargain lunch – 500 yen for a rice and meat set – who said Japan’s expensive? Shibuya is another restaurant / entertainment area and is home to the famous scramble crossing just outside the station. Also outside the station is the statue of a dog who used to belong to a university professor living in the area. After the owner died, the dog continued to come to the station every evening to wait for him until his own death ten years later. The dog is a popular place to meet friends outside the station. 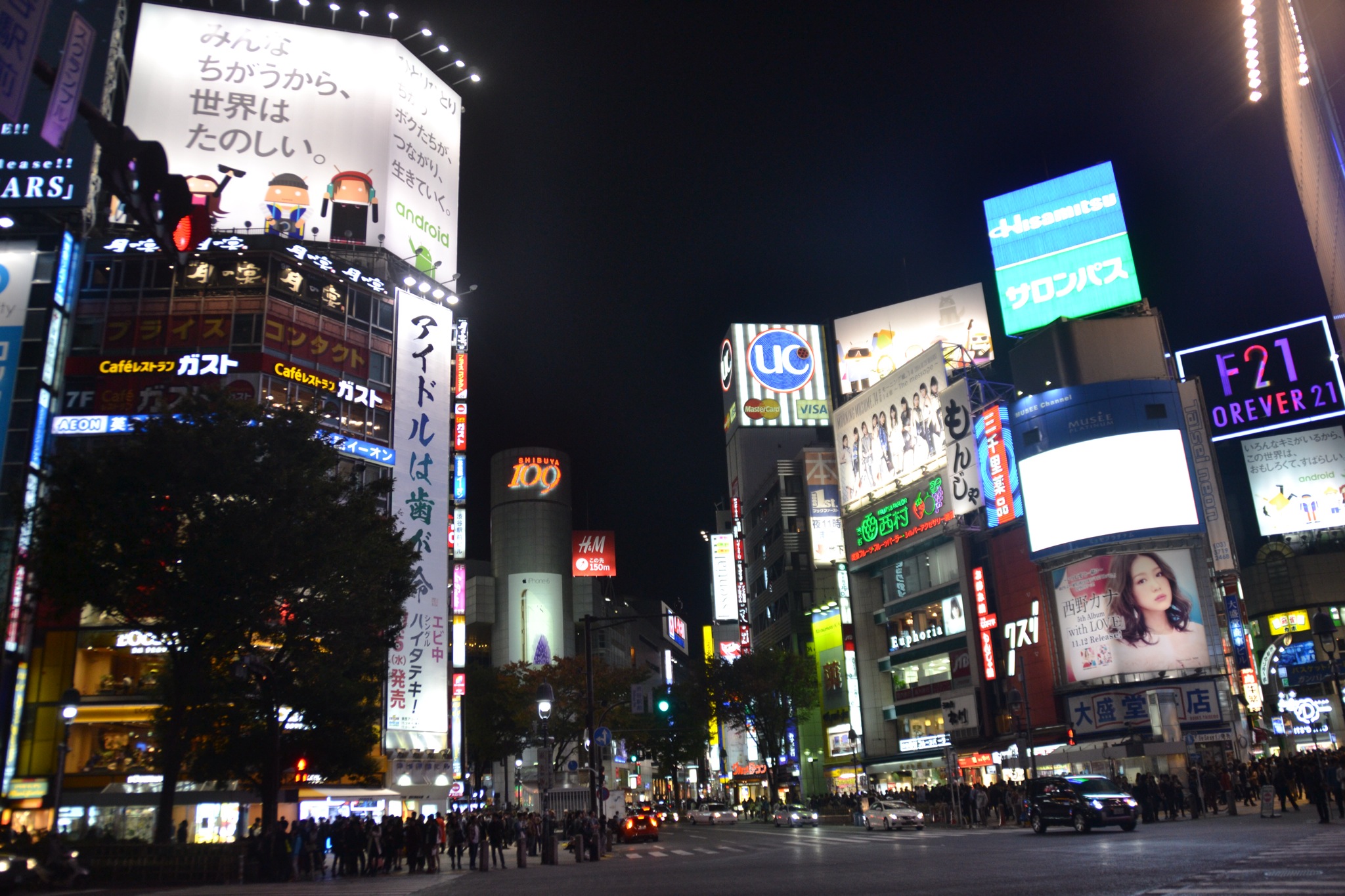 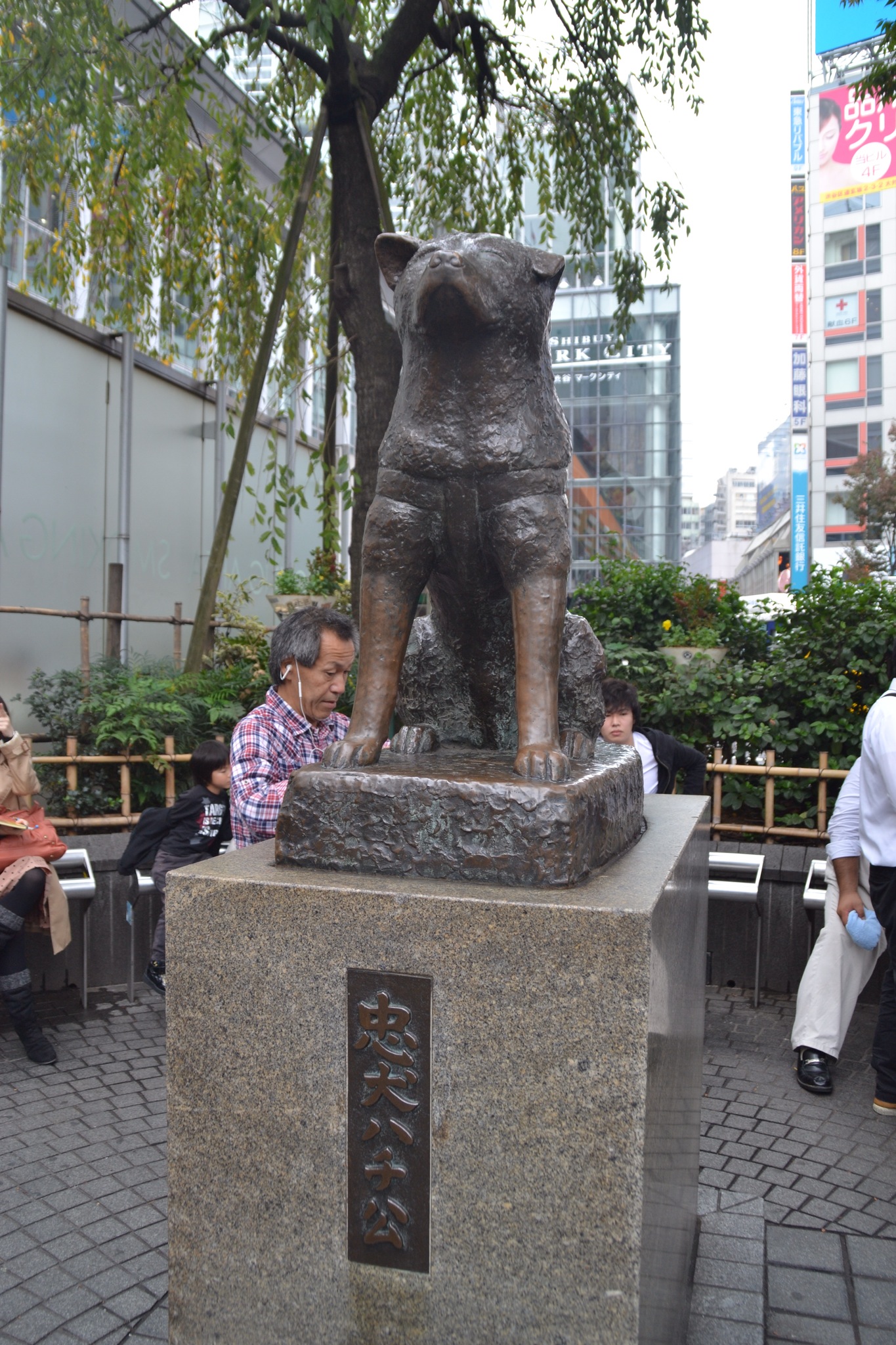 We then headed to another very Japanese establishment. Due to the small apartments, it’s very difficult for people living in Tokyo to keep pets. The Japanese love animals though so at some point someone had the smart idea to open a cat cafe where people can chill out with some cats while having a cup of coffee. Fast forward a few years and someone had the even smarter idea to open a RABBIT CAFE! At the rabbit cafe, you pay per half hour which includes tea, coffee and juice. Rabbit snacks are extra. There were about 15 rabbits in cage, with only one allowed out at a time so they don’t fight or mate! There was already one out when we arrived, but we got to pick the next one. We saw one that looked pretty playful, but then the staff said he was pretty crazy and suggested another one. We felt bad for the crazy one, it sounded like he might have been fun! 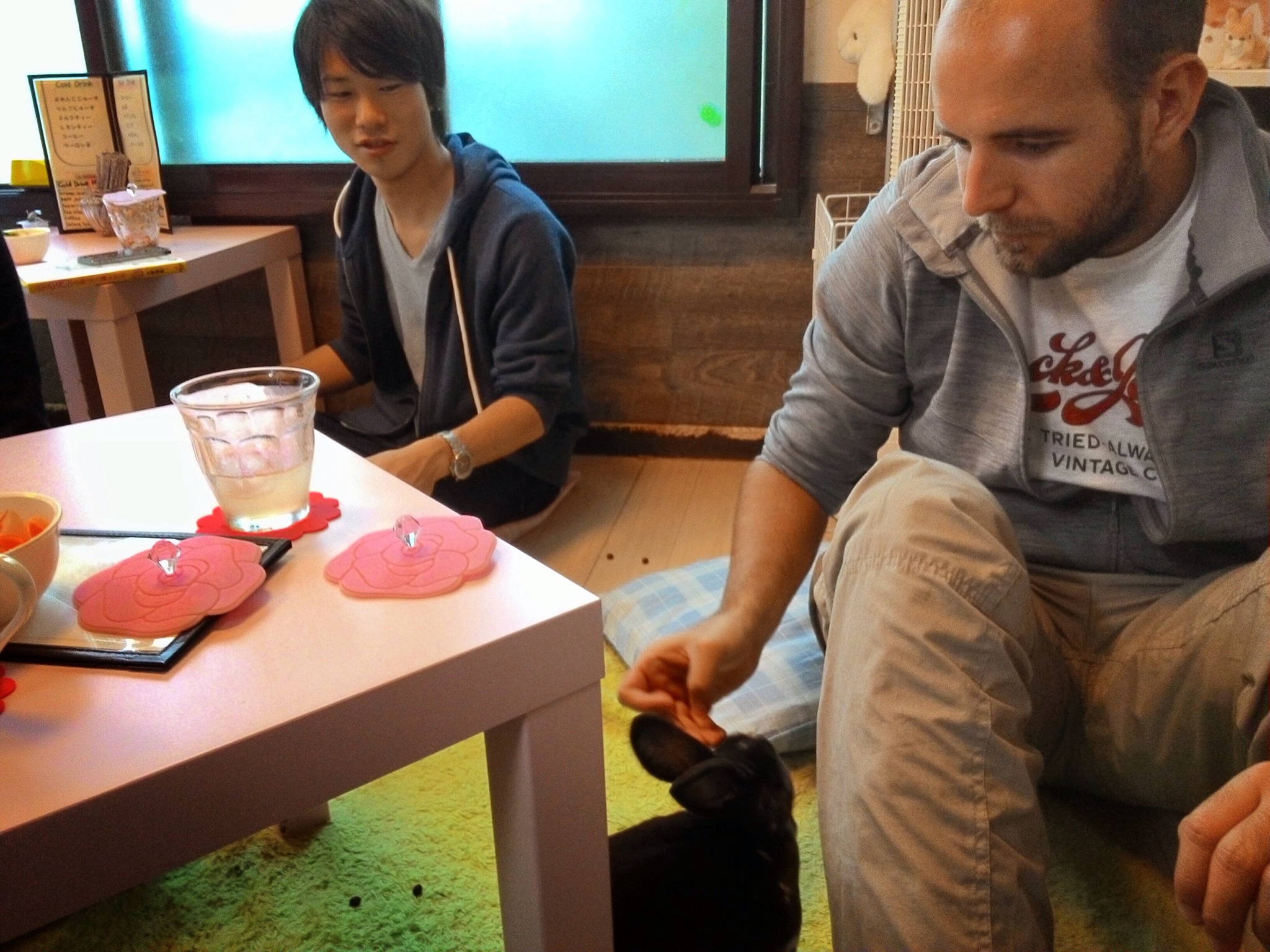 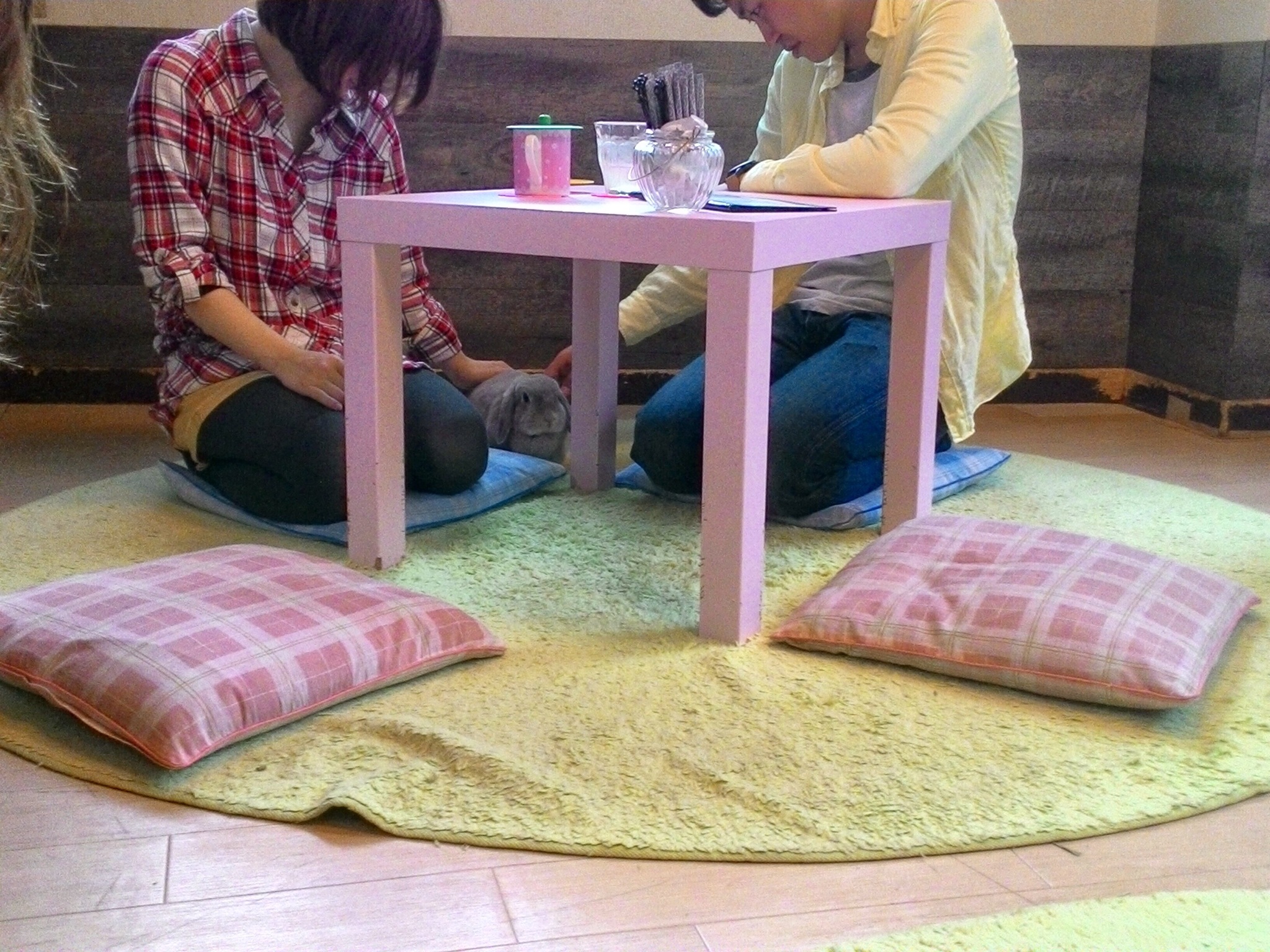 On our walk back to the hotel, we passed by the Meji-jingo shrine, situated in a huge park. I had actually tried to run round the park the previous day but been told no jogging, only walking and now I understood why! As we would no doubt be seeing list more temples and shrines in Japan, we didn’t spend too long here, but it’s incredible how in such a huge packed city, there is this large space given over to the shrine and park. 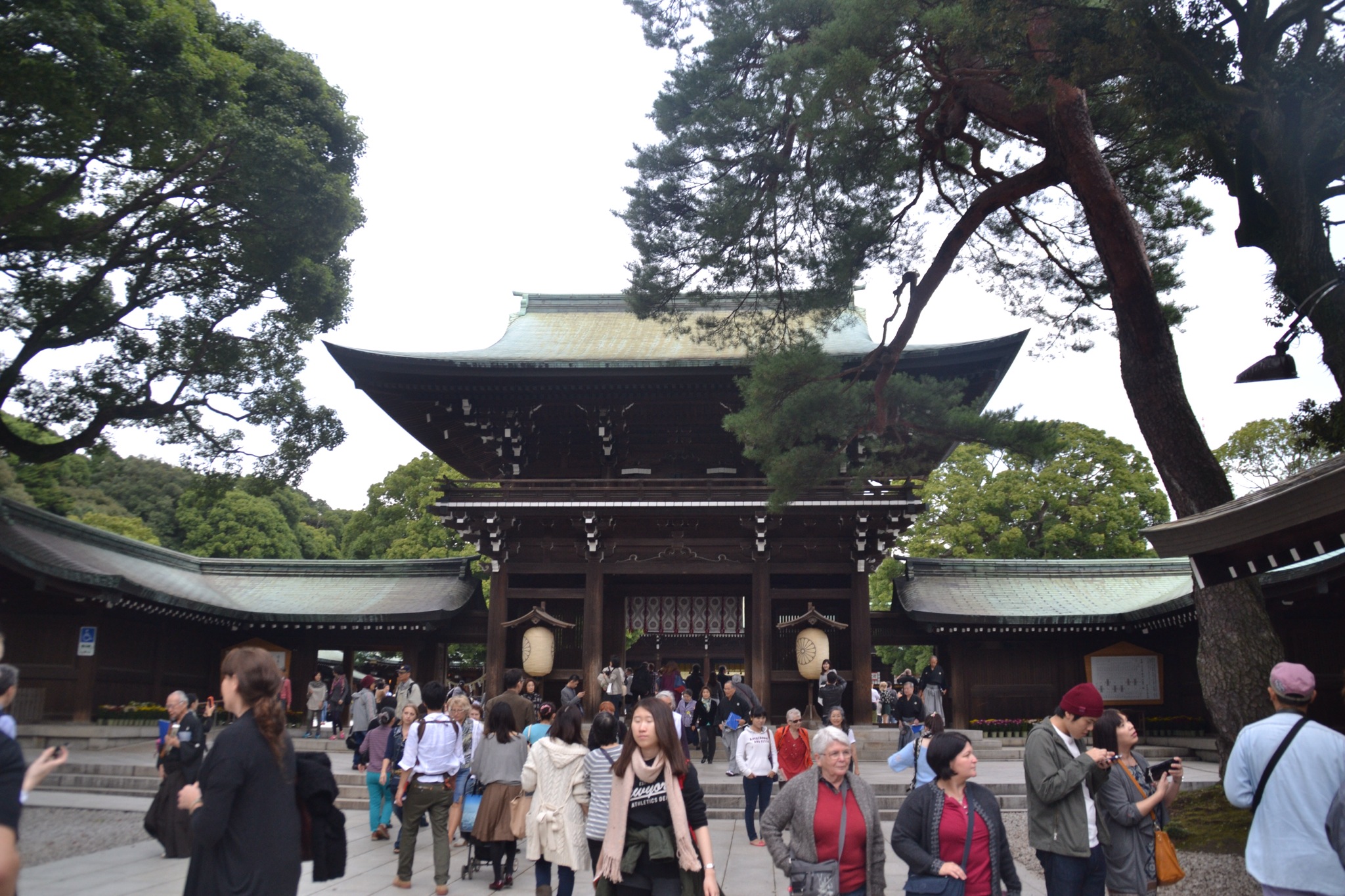 Our time in Tokyo ended much as it started, with a pick and mix picture meal in an izakaya! We really enjoyed Tokyo which is lucky as we’ll be back at the end of our trip. The culture is full of fun things to discover and try, the food is awesome and everyone is friendly and polite. Can’t wait to see what the rest of Japan holds!