We booked a day trip out of the city to visit the Mekong delta to the south of Saigon. We took a mini bus about 1.5 hours south of the city and caught a boat across to Ban Tre which is famous for the coconut candy it produces. There are apparently 22 types of coconut, including the water coconut which we could see growing in large numbers in the surrounding waters. As well as being able to sample the coconut candy, there was other local produce around, including various spirits in bottles with dried bugs or snakes. Dean and the other men in the group were encouraged to try some of the snake alcohol which we were told will make their wives very happy and ensure they have lots of children – oh dear. 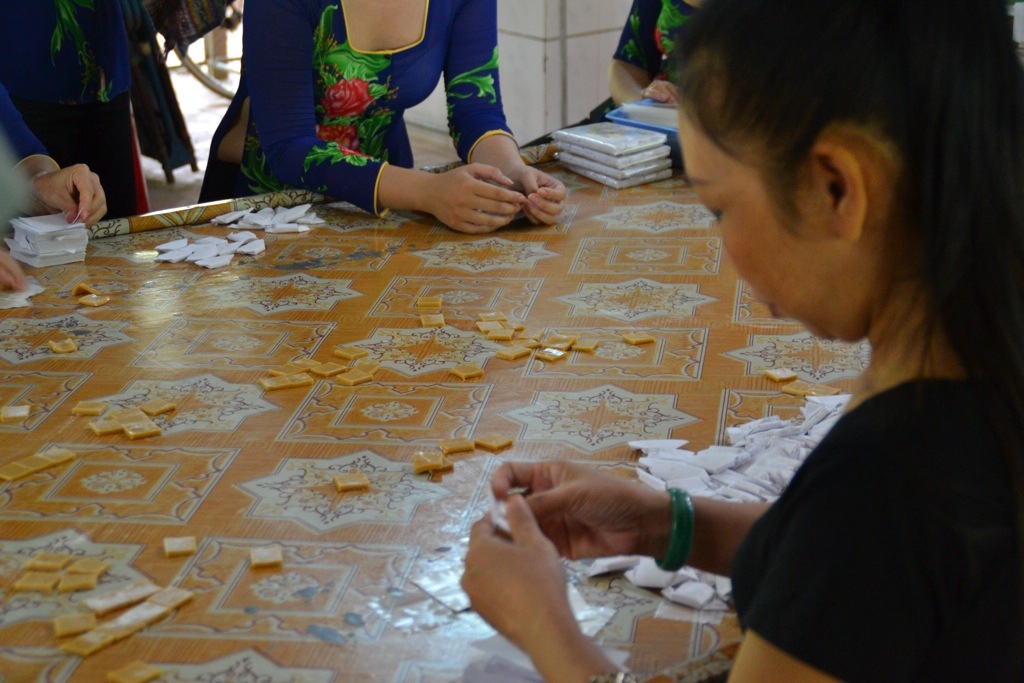 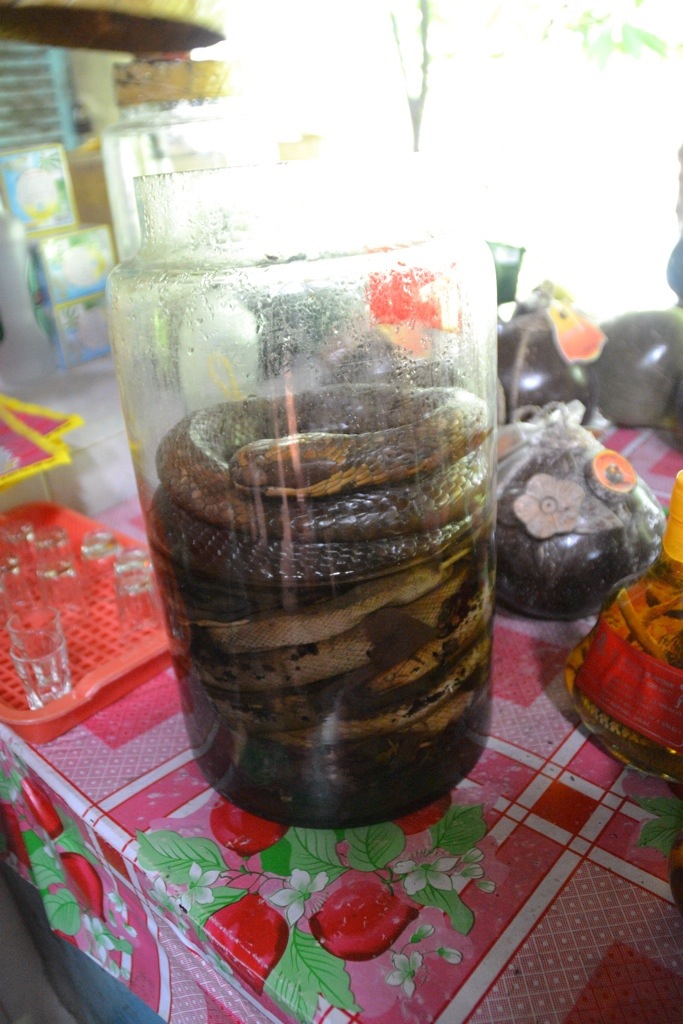 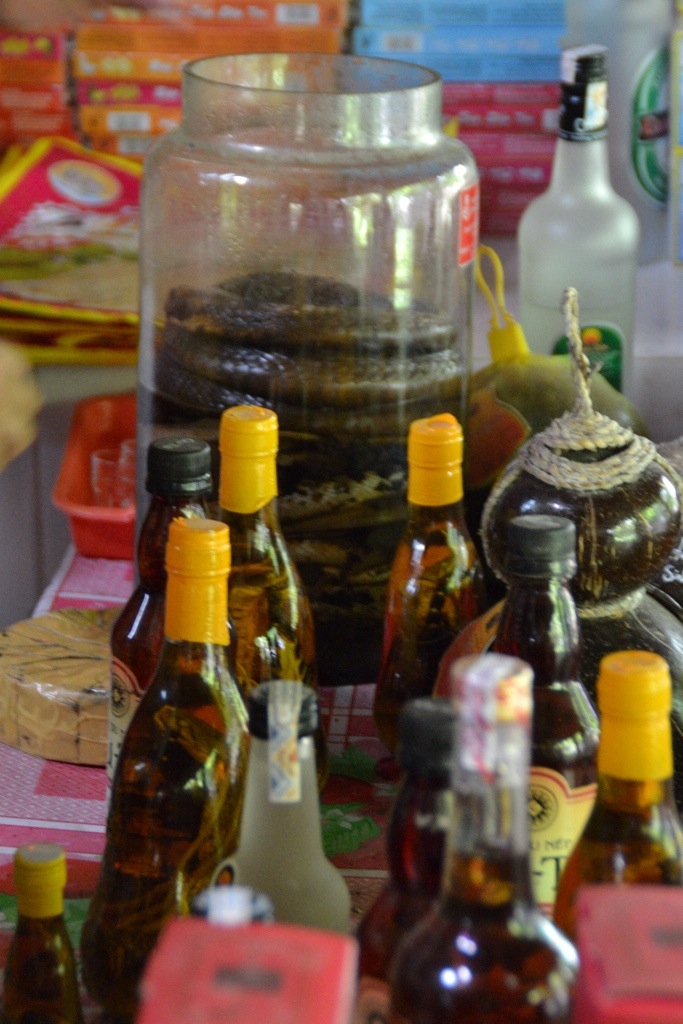 We then climbed onto a horse and cart for a short ride and then walked past some local houses where we met someone’s pet snake and saw the beehives that produce the local honey. We then sat to try some honey tea and local fruits while some locals sang some folk music for us. This part definitely had a feel of locals being brought out to entertain the foreigners, but they got some nice tips out of it is I guess in the end everyone was happy. 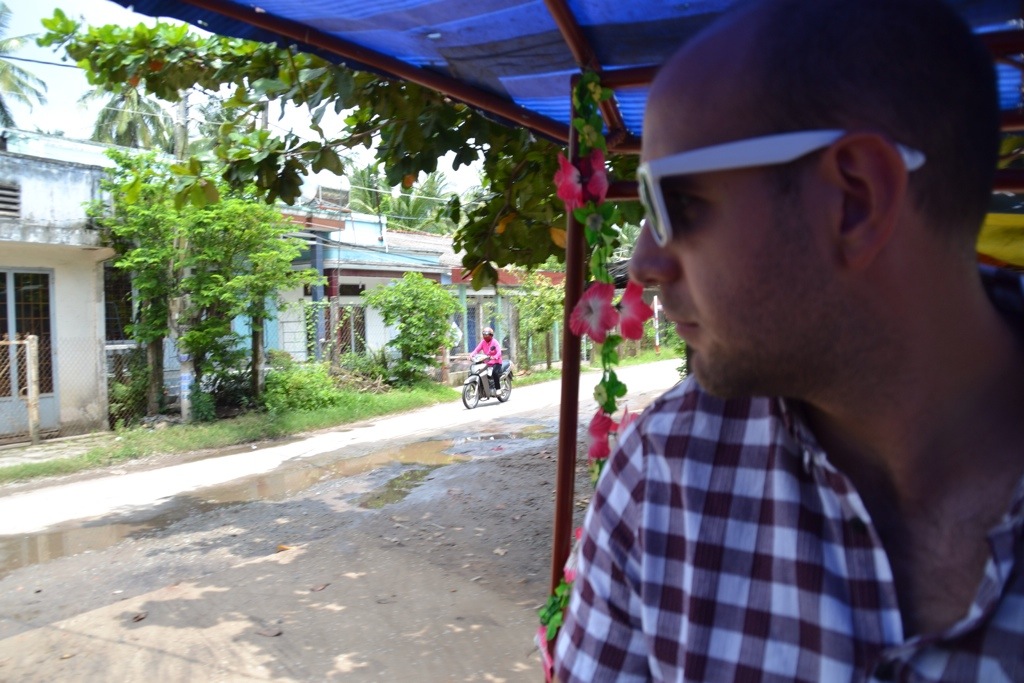 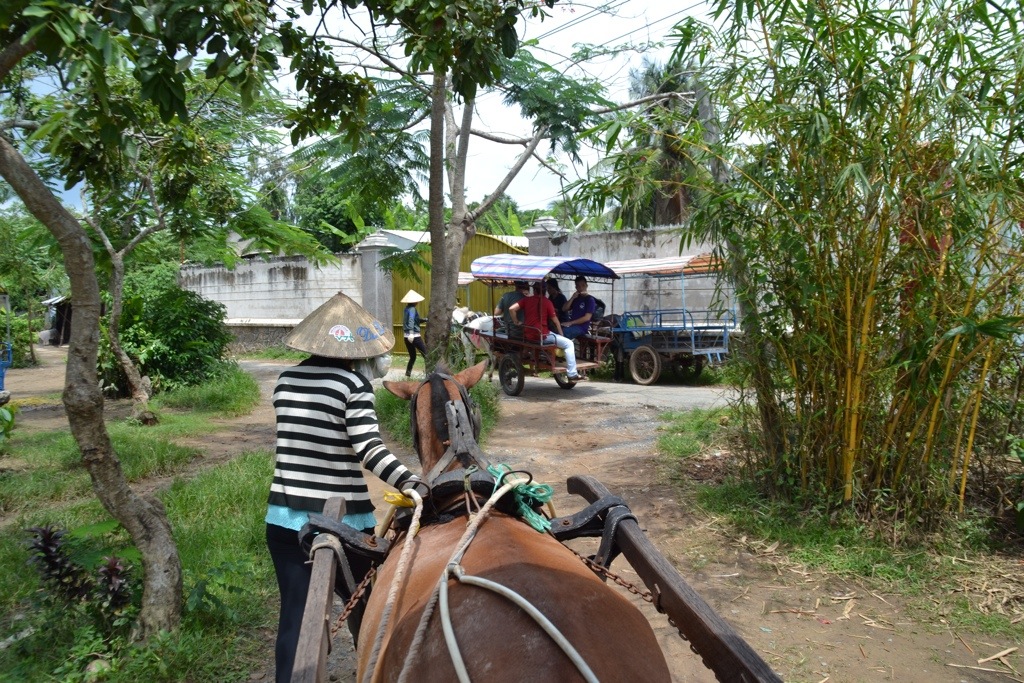 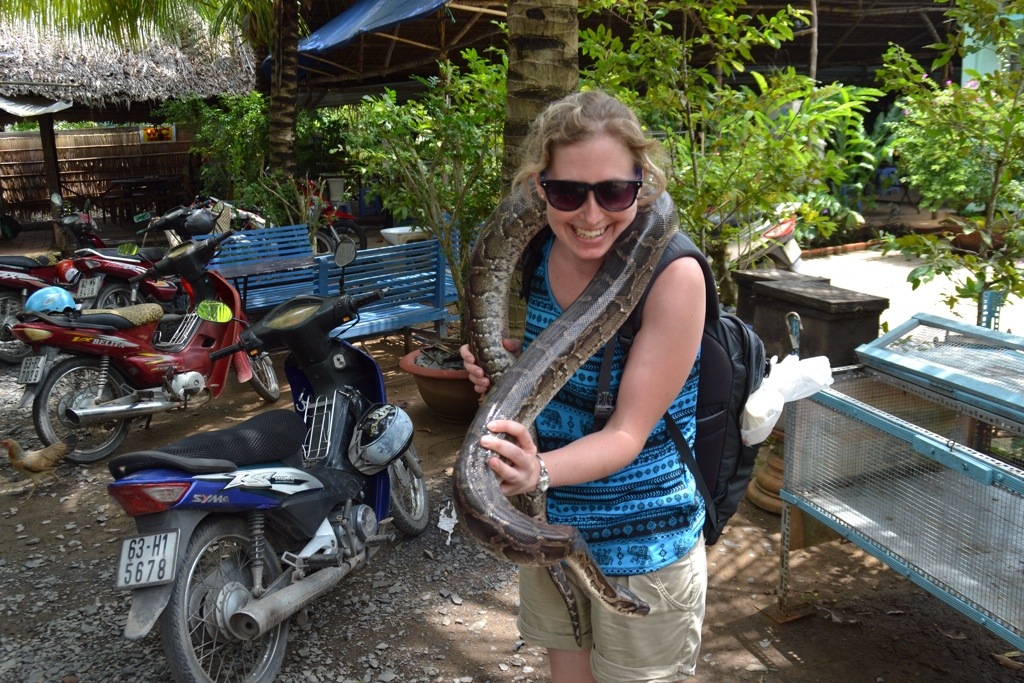 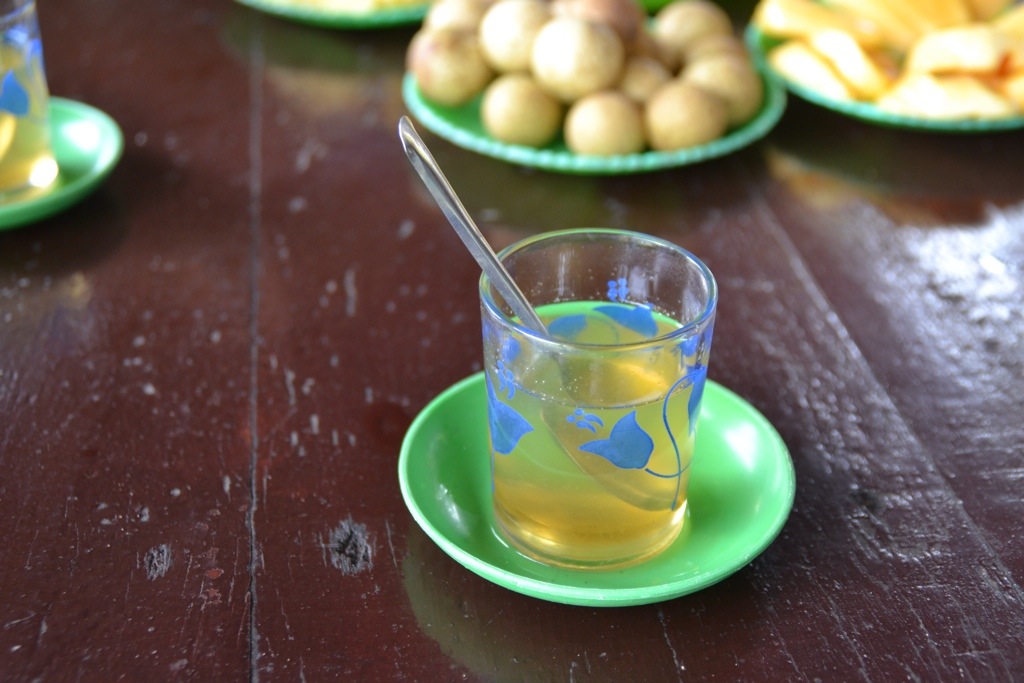 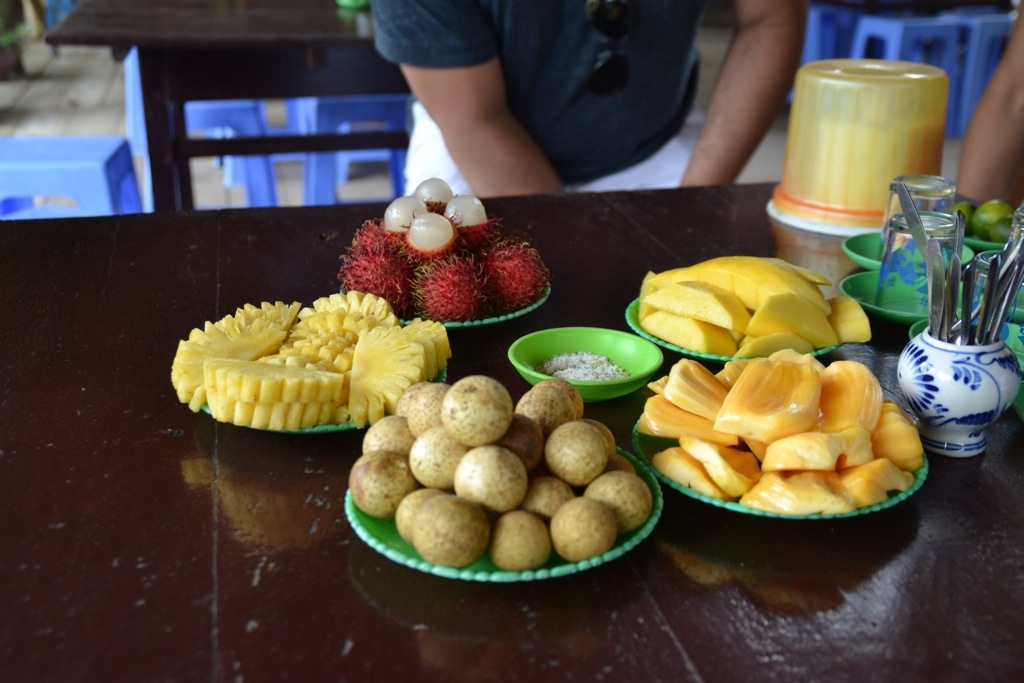 Next up was a trip by rowing boat through one of the narrow channels. This was what I’d pictured us doing when we booked the trip and it was really peaceful and relaxed. Very different to everywhere else we’ve been where the hum of mopeds has provided a constant noise backdrop. We’d been told by our guide that we should tip the people rowing the boats, about 25c per person which we had no problem with but as we were going along the river, the rowers on the empty boats coming back in the opposite direction were waving money at us it remind us to tip our rower. This kind of ruined the experience a bit! 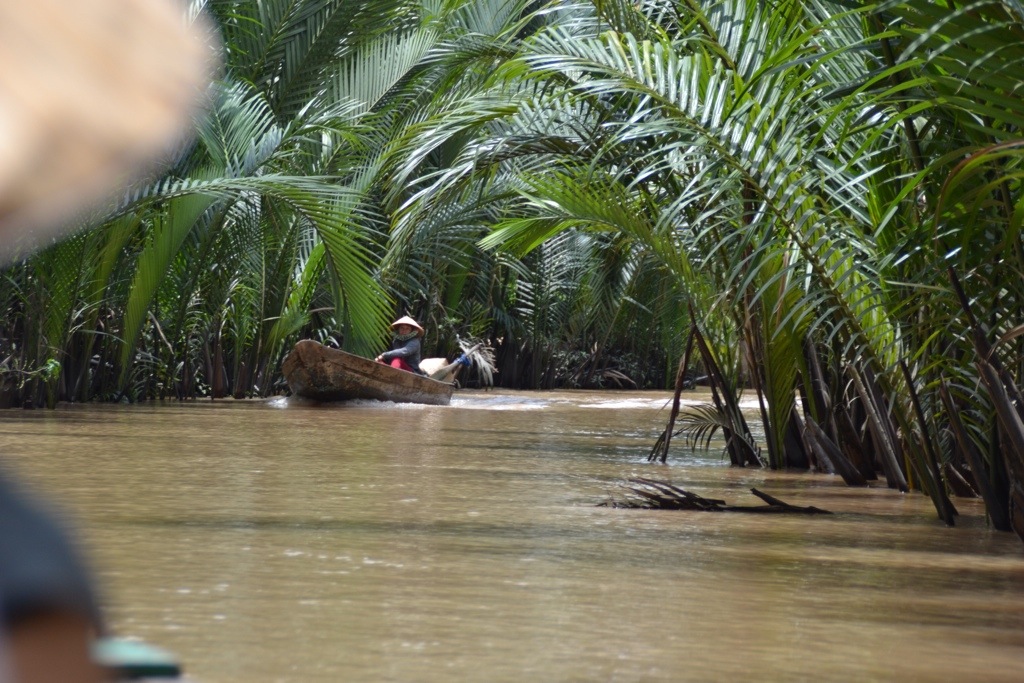 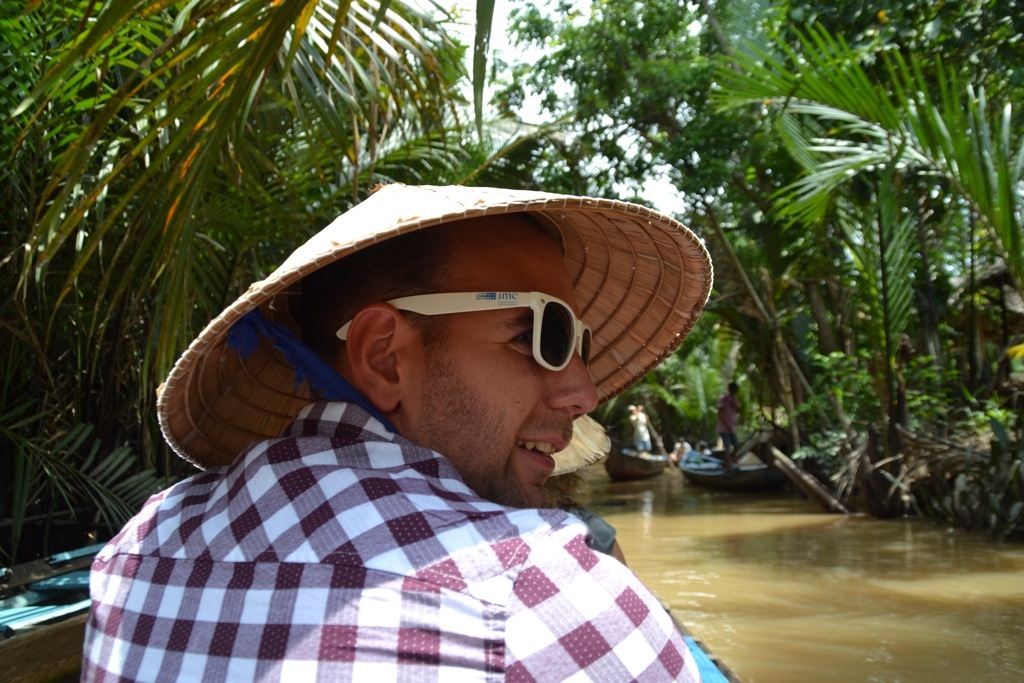 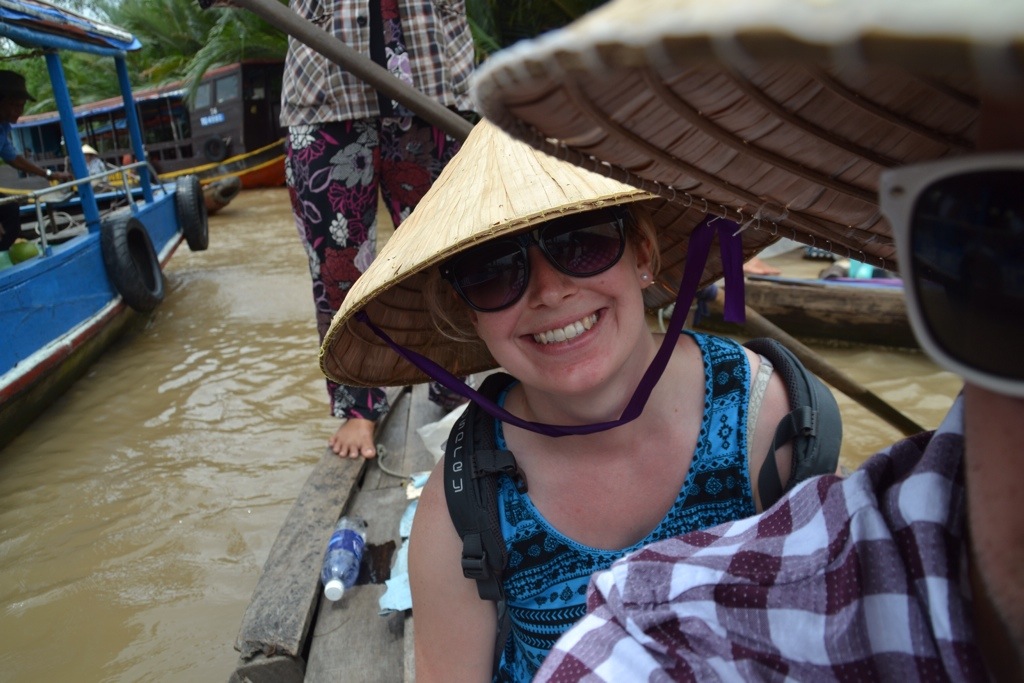 We were provided with lunch as part of the tour. This started with a grilled elephant fish being brought to the table from which we could make spring rolls. The waiter made our first ones, dipping rice paper in water then rolling it up with noodles, the fish and some salad. We were left to make our subsequent ones and needless to say they didn’t turn out as well as the first round. We also had some other dishes such as fried rice, chicken, prawns and soup but the fish in the middle of the table was definitely the showstopper! 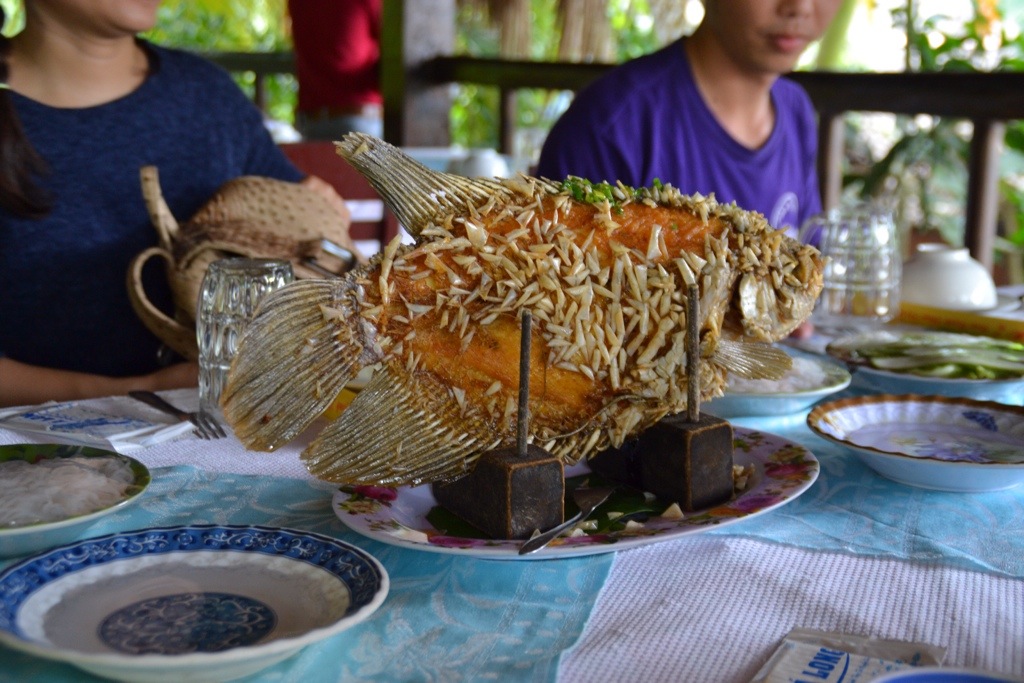 After lunch was a boat trip back to the bus to take us home. Overall it was a good tour and it made a change from being in built up places like we have been so far. 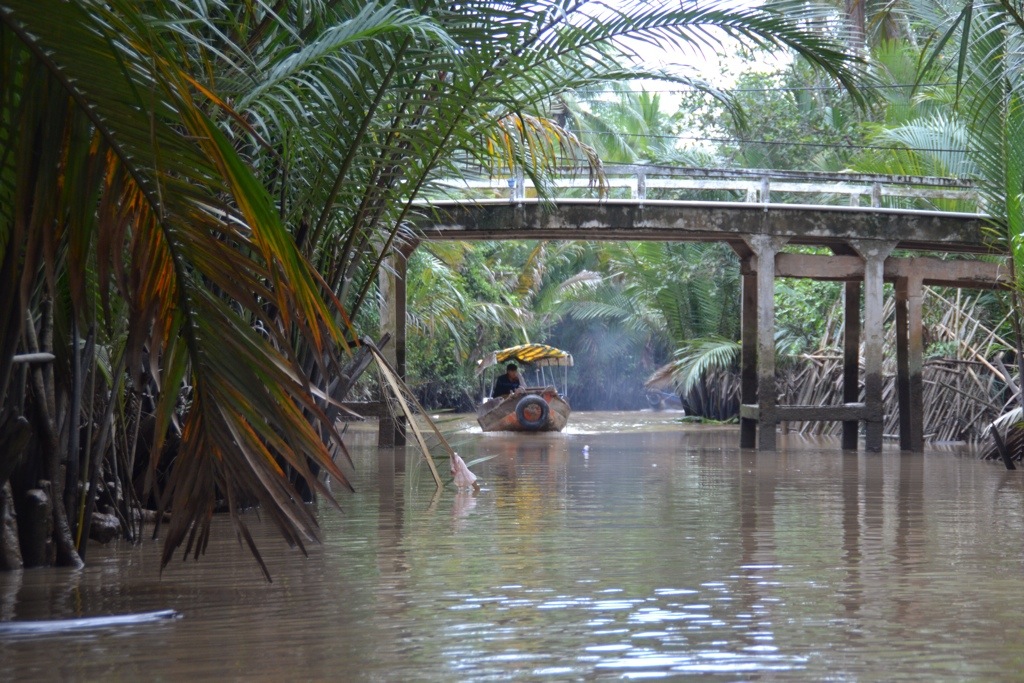 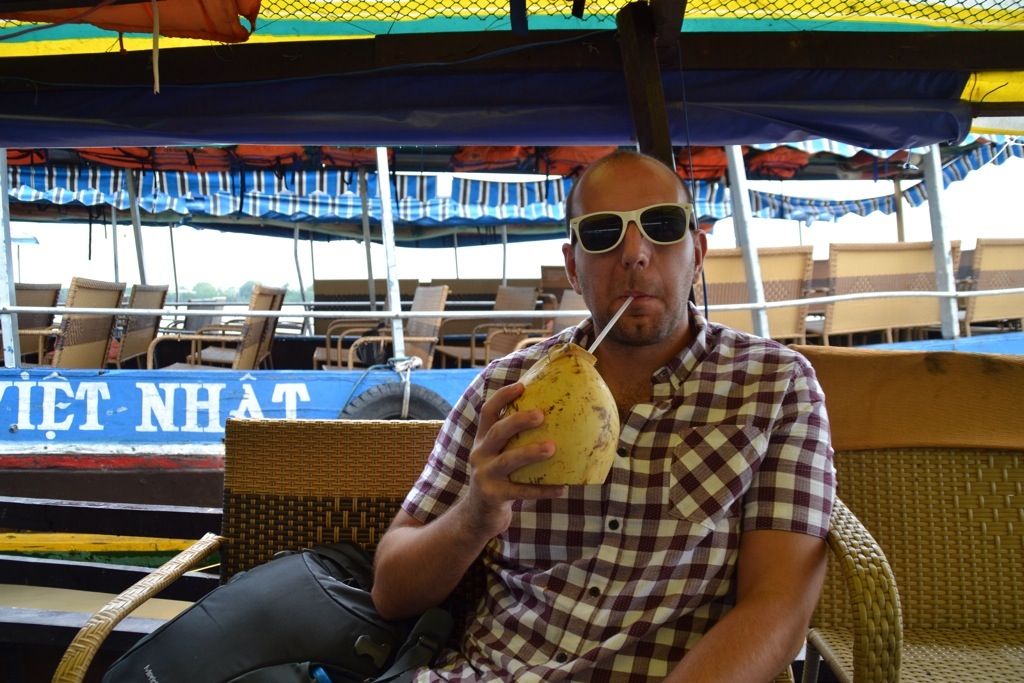 In the evening, back in HCM, we found a great place called Hops Beer Grden just a stones throw from our hotel. It was mostly outside and had a slight Japanese twist to it. We ate some great reasonably priced food, Asian style – picking a few dishes to share ( not normally something Dean is into)! We noticed that all the other tables continued eating throughout the evening whereas once we’d had a few dishes we switched to just drinking beer – so much that our waiter complimented us that we ‘drink very good’! The bar seemed to be a very popular place to come for a birthday. They had a special birthday music mix which we heard at least 5 times during the evening and was accompanied by big sparklers at the table in question. 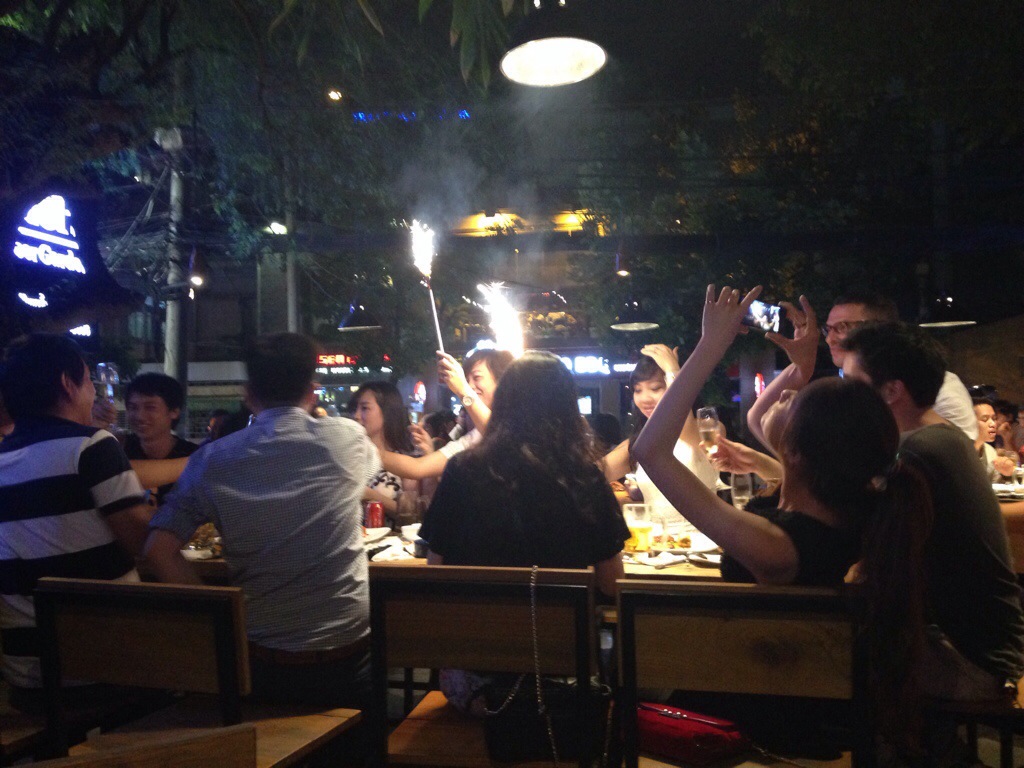 We both preferred Ho Chi Minh to Bangkok. It felt like everything we wanted to see and do was in a much more manageable area and it was more pleasant to walk around as a city.