As we’d been to Sydney before and stayed in the centre, this time we decided to stay at Manly beach, a suburb across the harbour. After dropping the car off right in the centre of Sydney (and a missed turning that involved us having to drive across the harbour bridge twice) we caught the Manly ferry across to our hotel.

On the first evening, Dean headed back across the harbour to see some of his ex colleagues in the IMC Sydney office as well as to play some FIFA as after nearly 3 months, he needed to check he hasn’t lost his Xbox skills. Meanwhile I enjoyed the Manly sunset from our hotel balcony with a glass of Australian wine! We then had dinner in Manly with loyal blog follower Bazza. 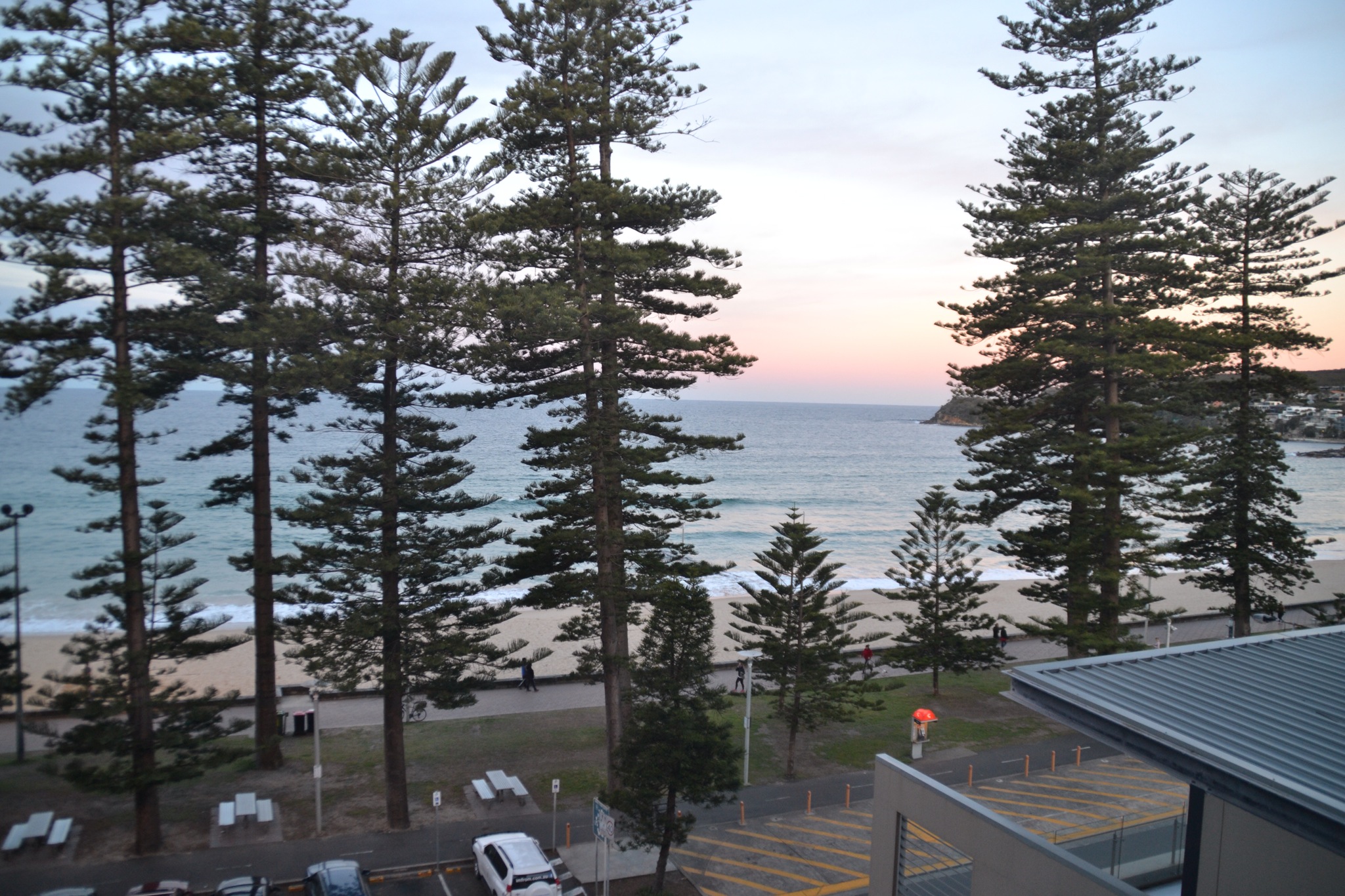 The next day we took advantage of the reasonable temperature and the beach path outside and started our day with a 5km run along the beach then went for brunch at one of the beach front cafés. In the afternoon we took the ferry across to Taronga zoo to meet up with Bazza and his family. We’d been to the zoo before and it’s great. They have a good display of the native animals – we got to see the duck billed platypus who was hiding last time, as well as the zoo classics. The zoo is built on a hill with a cable car up to the entrance and there are fantastic views across the harbour.

In the evening we met up with another friend, this time not a local but a Dutch friend who just happened to be in Sydney for a wedding at the same time. We saw a few new areas, Surry Hills for dinner and then Darlinghurst for drinks. Sunday was a lazy day, starting with brunch followed by lots of reading before we headed over to Manly wharf and enjoyed the sunny afternoon with a beer in the local microbrewery. We then headed back to the city for dinner with another ex-colleague of Dean’s and his wife, followed by drinks outside the opera house. 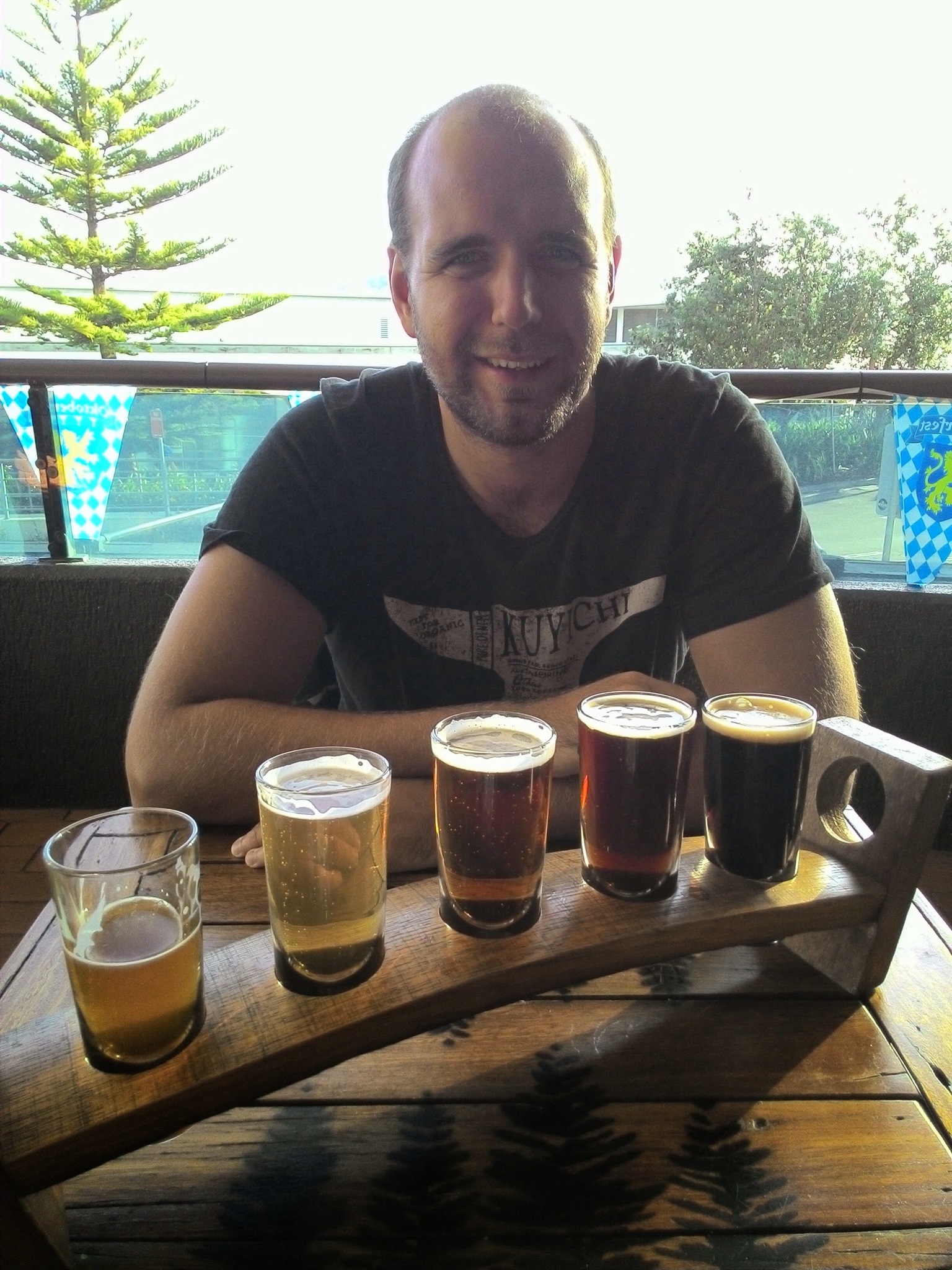 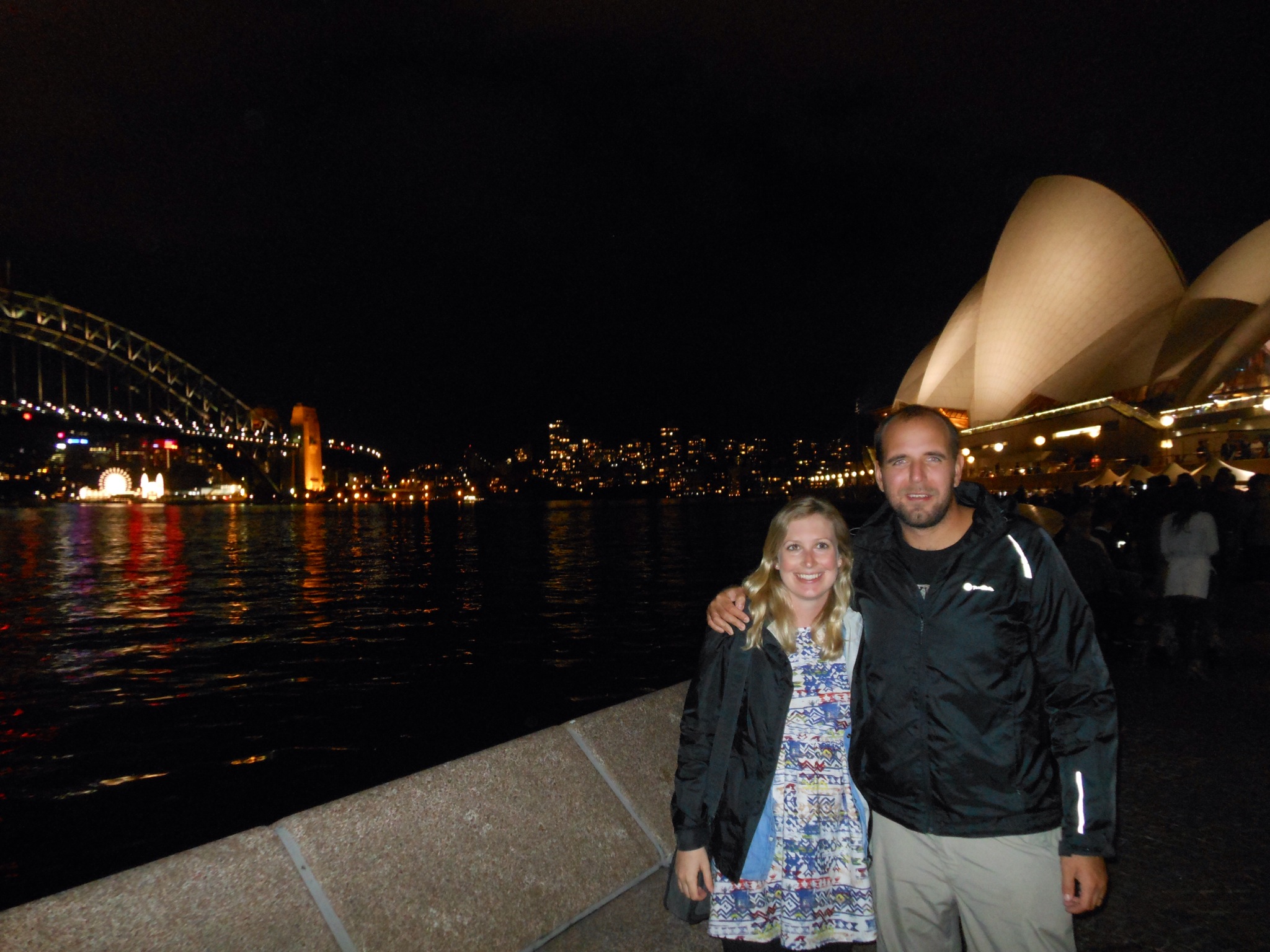 We were woken at 7am on Monday by building works at the hotel. I took advantage of the early start by heading out for another run. We then both picked up some bikes and went to explore sydney harbour national park. We picked a route that would take about 2 hours. The cycling was tough going after cycling in Amsterdam. ‘Normal’ bikes are a lot less stable than Dutch bikes and the start of the route was a huge hill. It got easier after that though and we hopped off a couple of times to walk round to view points. 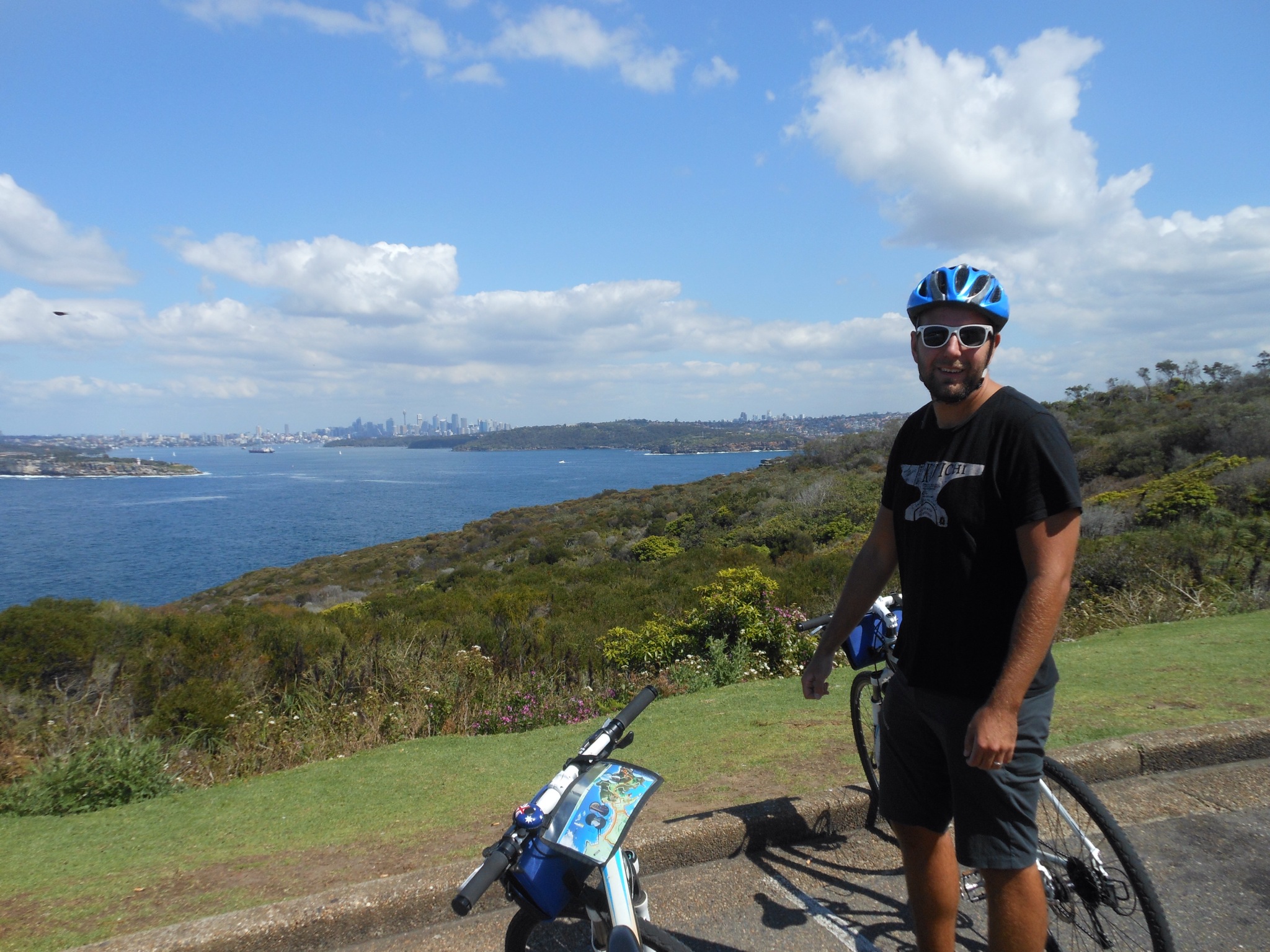 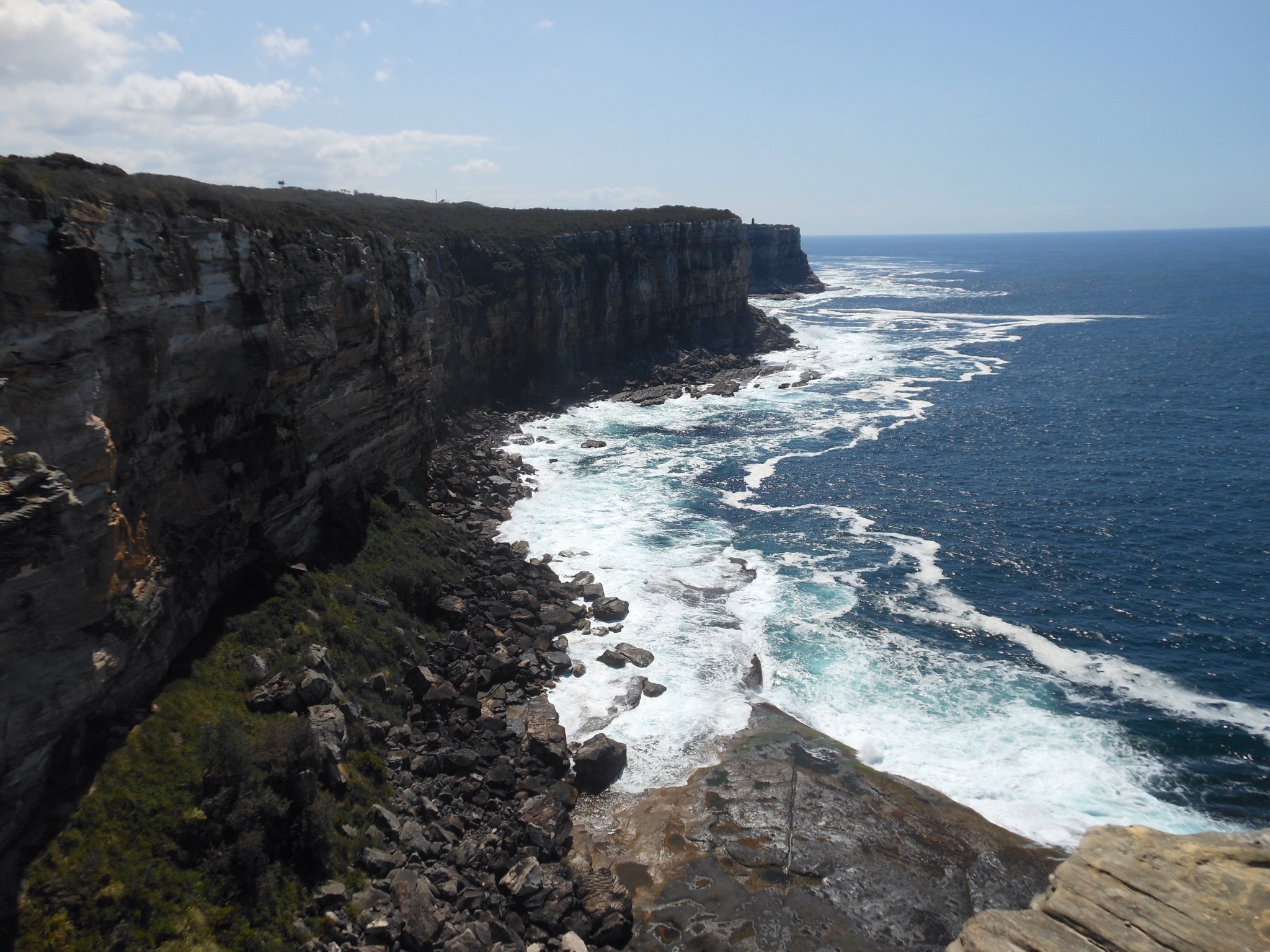 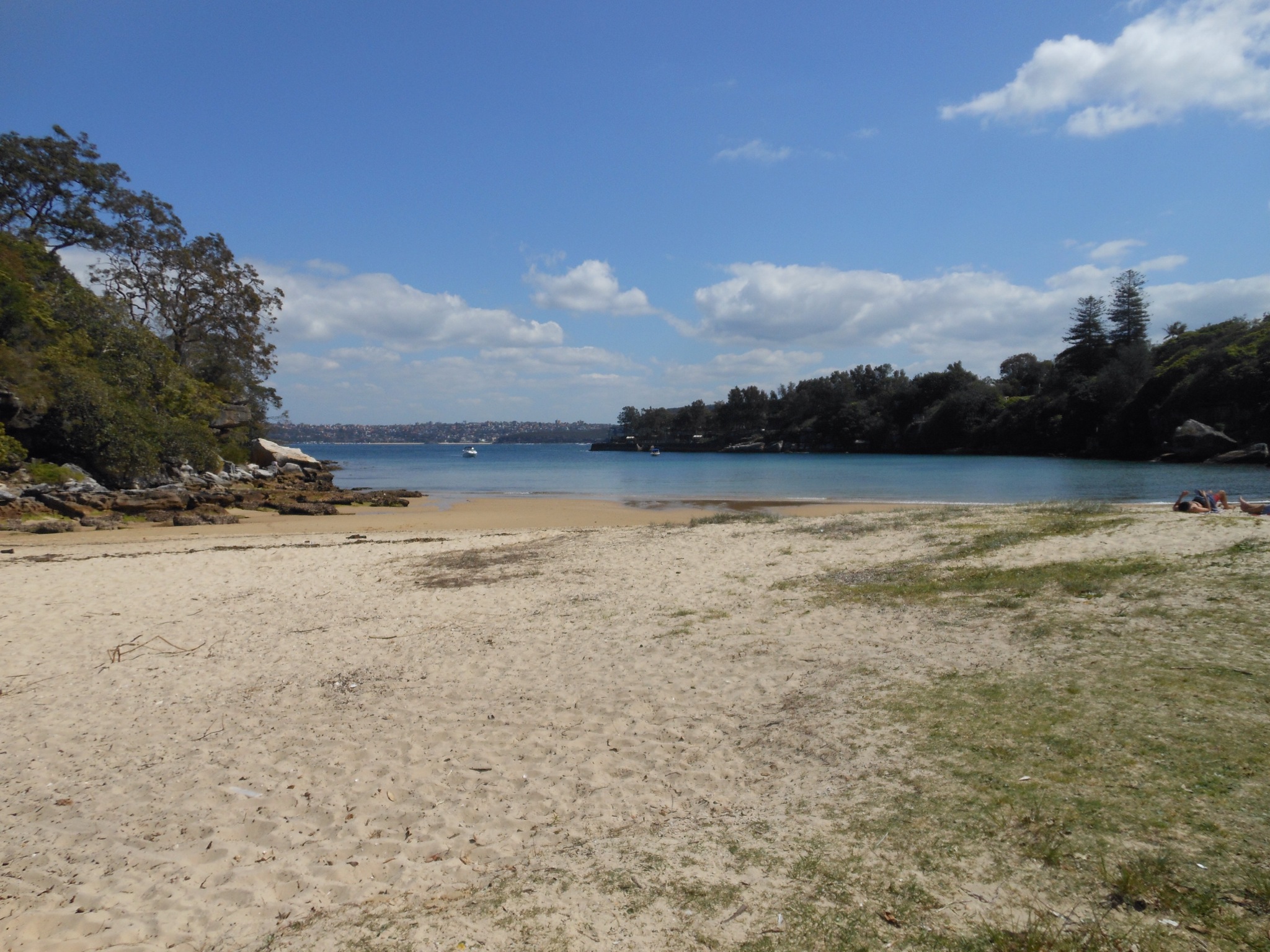 In the afternoon we went to the cinema to finally see the Inbetweeners 2. Very fitting as it is set in Australia! On Tuesday, we had the morning free before our flight so decided to be active again and explored The harbour national park again but this time by foot. It was really great weather again so was a nice end to our time in Sydney! 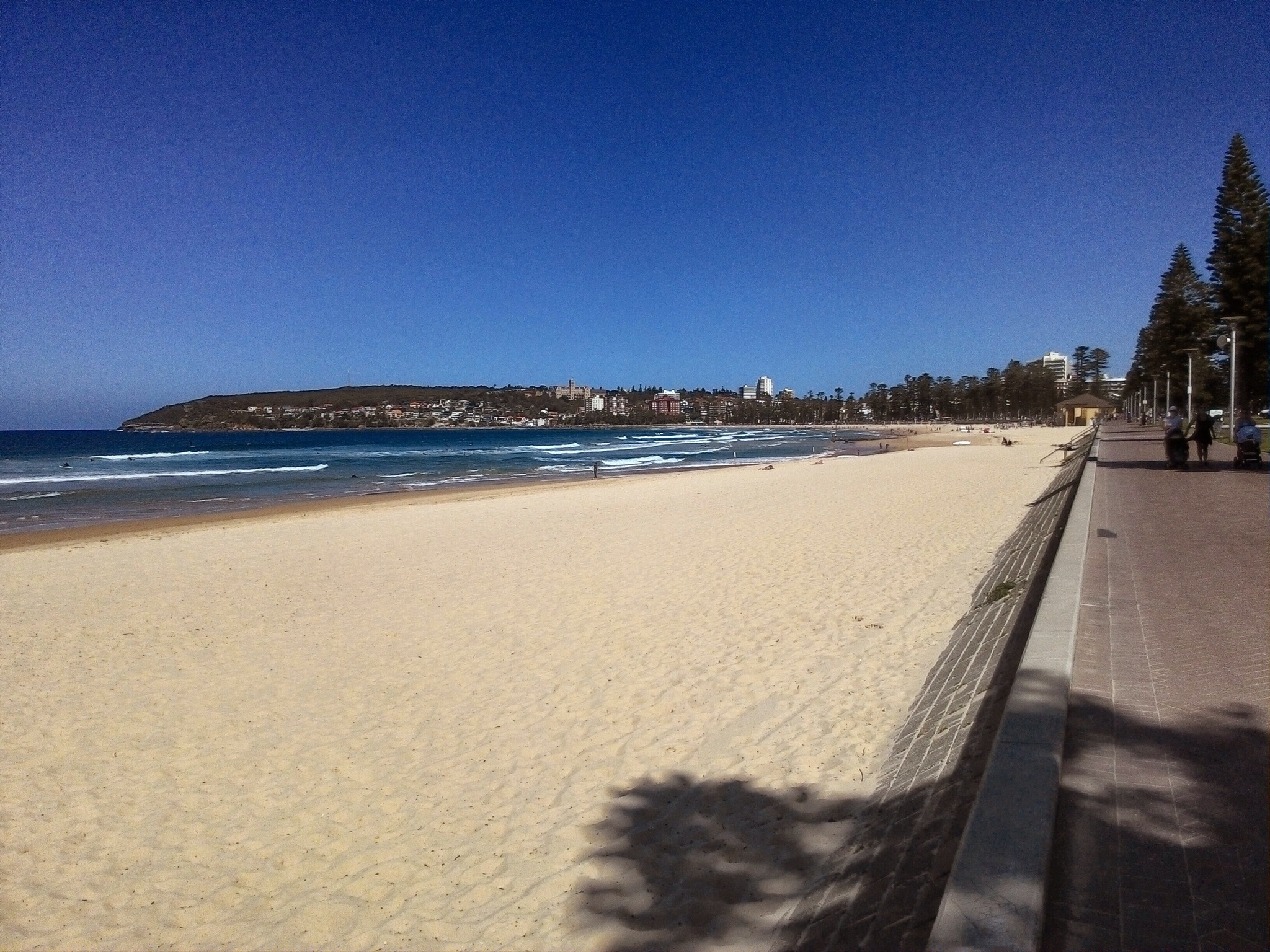 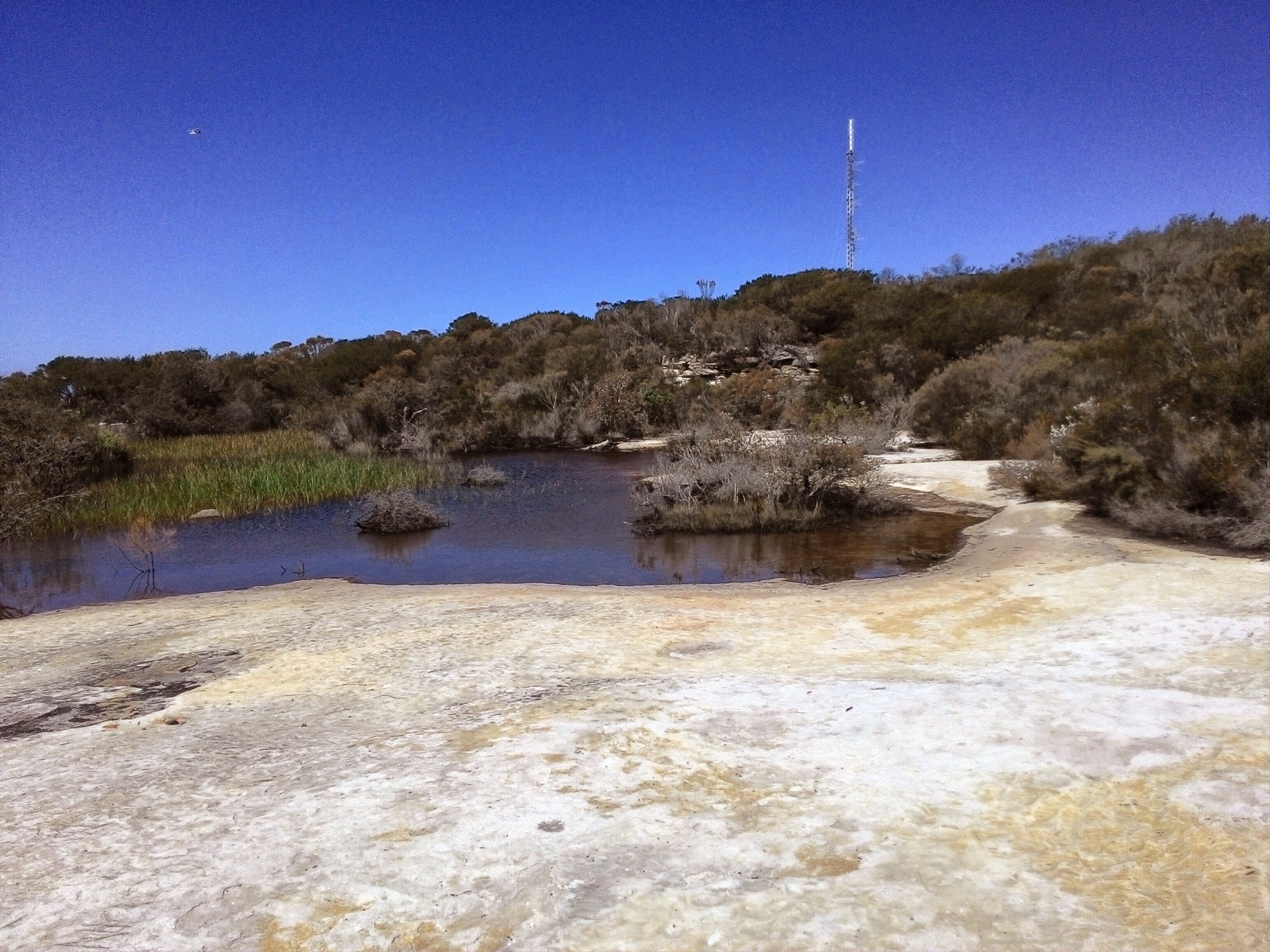 I’m glad we chose to stay in Manly this visit. It was easy to get out and be active with the beach and national park right on our doorstep and catching the ferry over to the city was a lovely trip that was no hassle.