From Malacca it was another bus trip to Singapore, jumping off a couple of times to have our passports stamped for leaving Malaysia and entering Singapore. On our first evening we met up with an ex-colleague of Dean’s, Tim and his girlfriend Tania who both work at the University. They took us to have dinner at a hawker centre by the marina. Food was pretty good and cheap, I had some chicken rice for $5 (2.50). We then went for beers at a microbrewery called level 33 which had great views of the marina. The price of beers was a bit of a shocker, even after Malaysia – we paid about £8 for a pint!

The next day we went to Singapore zoo which we’d heard good things about. We bought a combo ticket to also come back for the night safari at some point. The zoo was one of the best we’ve been too, it was huge and the animals seemed to have plenty of space. Our trip started with a zoo themed sandwich at the cafe. I found it most interesting to see the animals native to SE Asia such as the orang-utans and probiscus monkeys which the zoo plays a large role in helping through its conservation program’s. Unfortunately, a heavy downpour (the only rain while we were in Singapore!) cut our visit short but I think we still got to see the highlights. 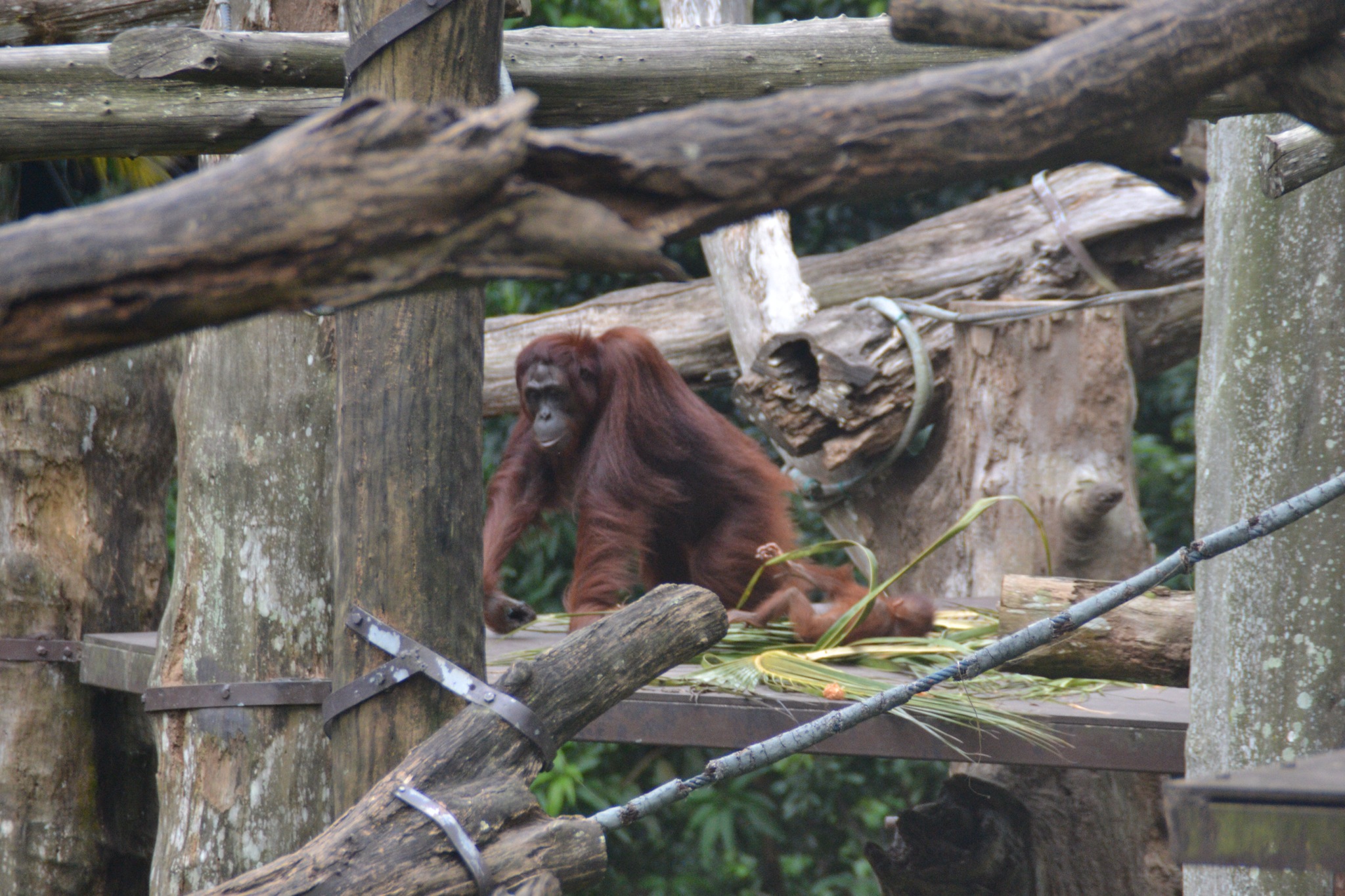 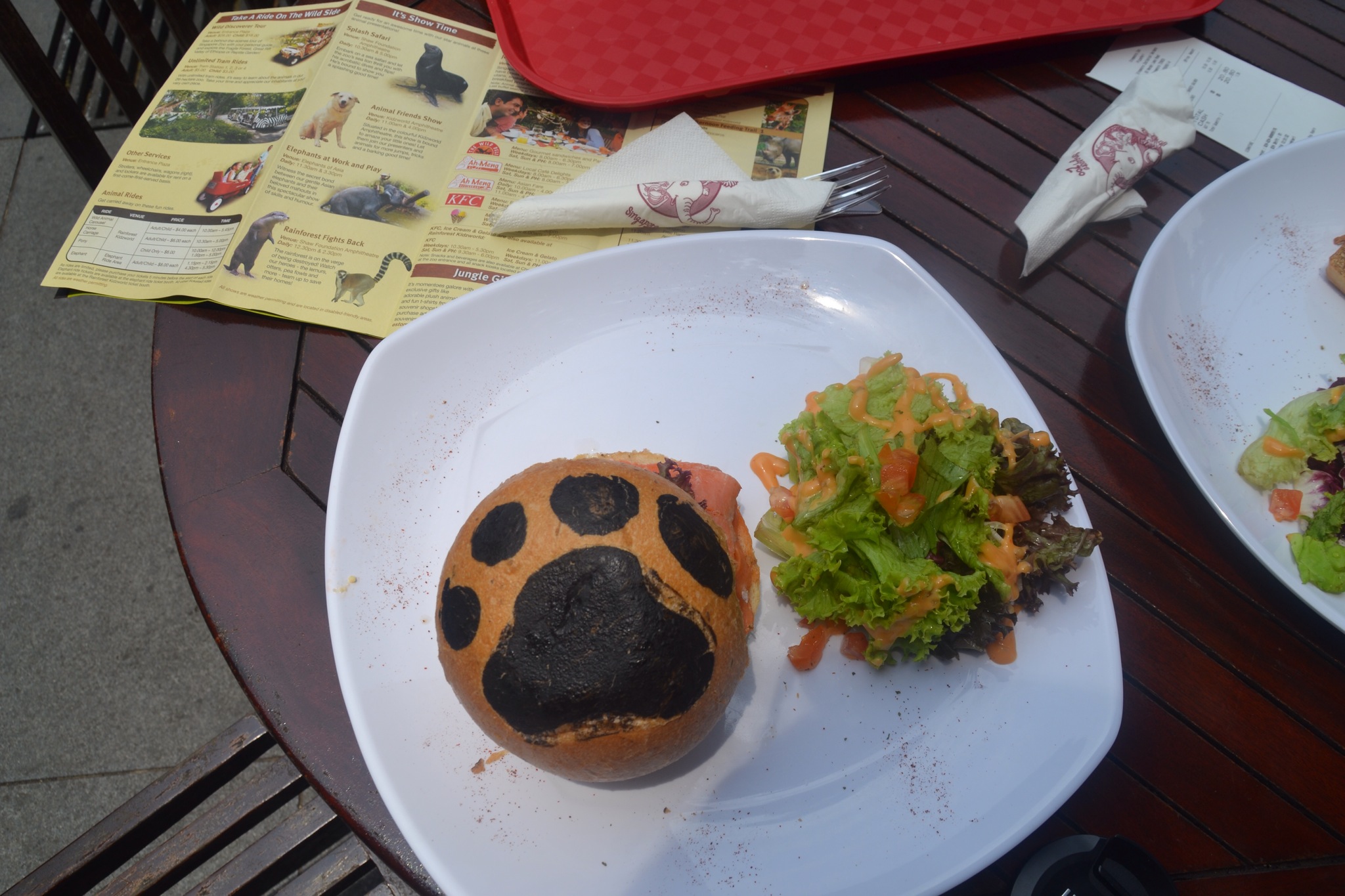 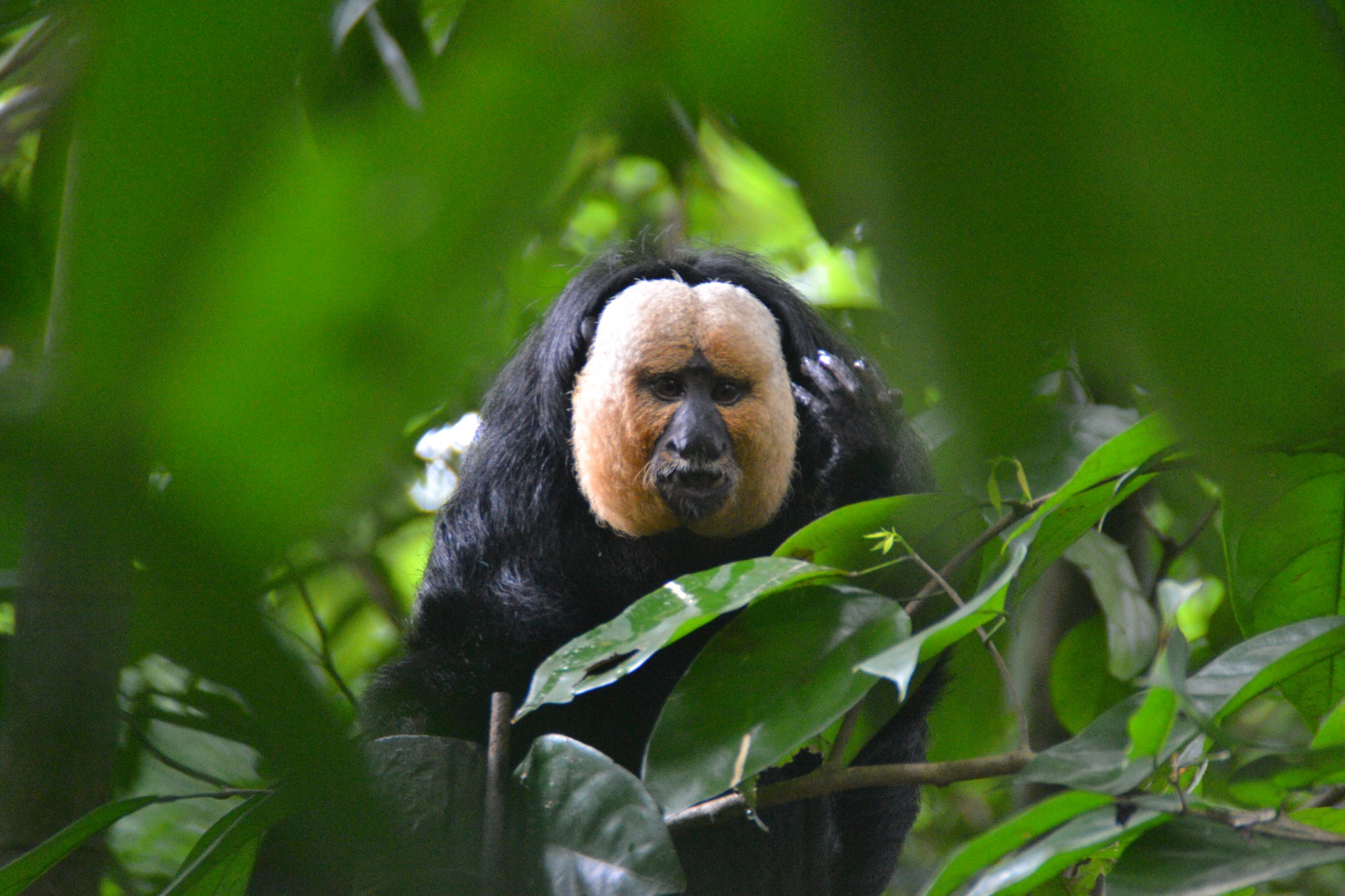 That evening we went to the Long Bar at Raffles hotel to drink Singapore Slings. I would say to anyone else visiting Singapore you can give this a miss – drinks were pricey even for Singapore and the bar didn’t really have much atmosphere. We then moved on to Boat Quay for some more expensive drinks where we found another microbrewery – they seem to be all over Singapore. 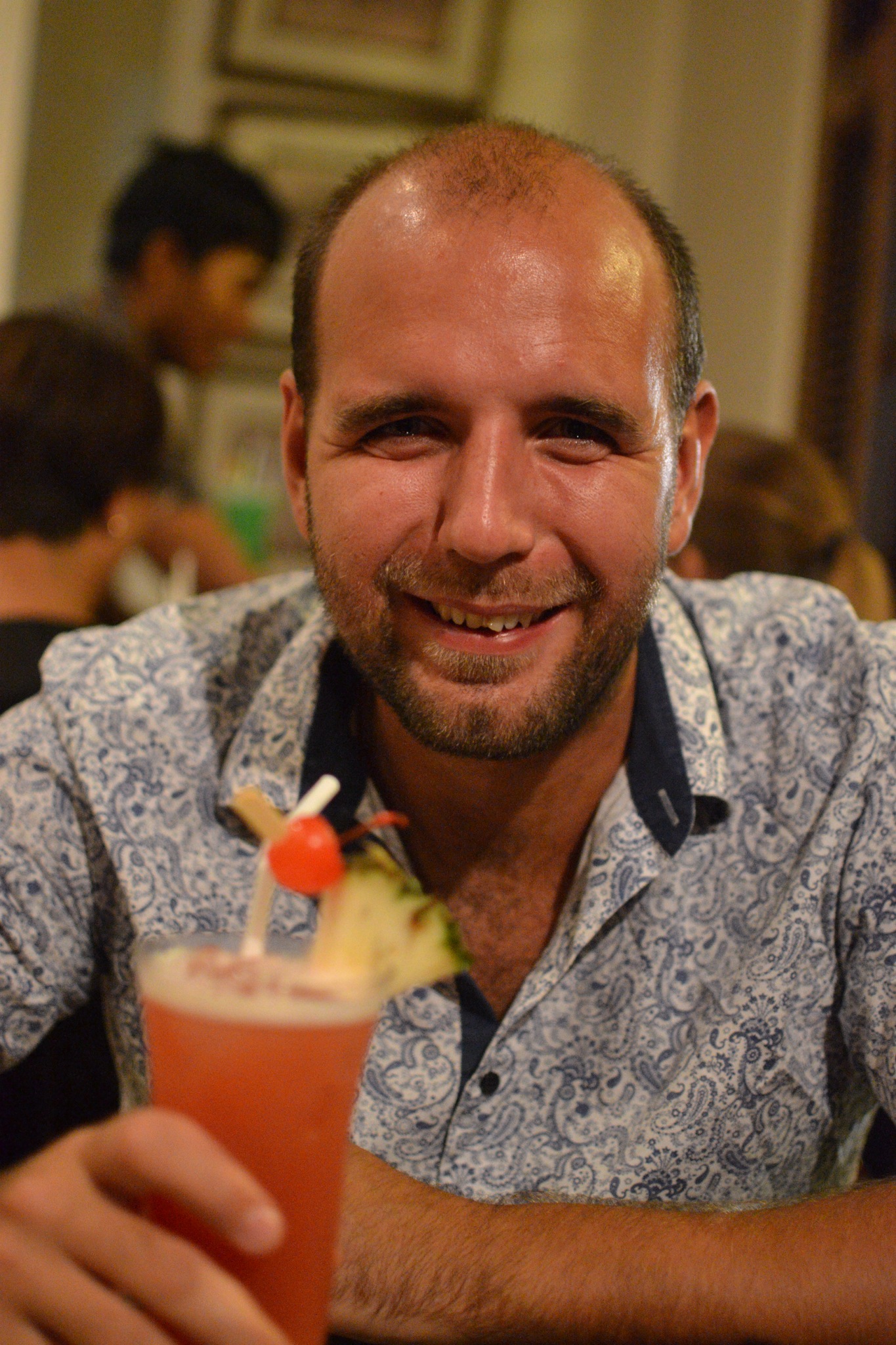 The next morning, we went in search of some breakfast and in a currency conversion error I ended up with a £10 sandwich – the most expensive I’ve ever eaten (I forgot to divide by 2 instead of 5 which we’d been doing in Malaysia). It was a good sandwich but just came in a paper wrapper, not even on a plate with a side salad! We then took the metro down to Marina Bay to visit the Botanic Gardens. This was a really great place. You could visit most of it for free. We paid a few dollars to walk along the sky walk and you could also pay more to enter the greenhouses. 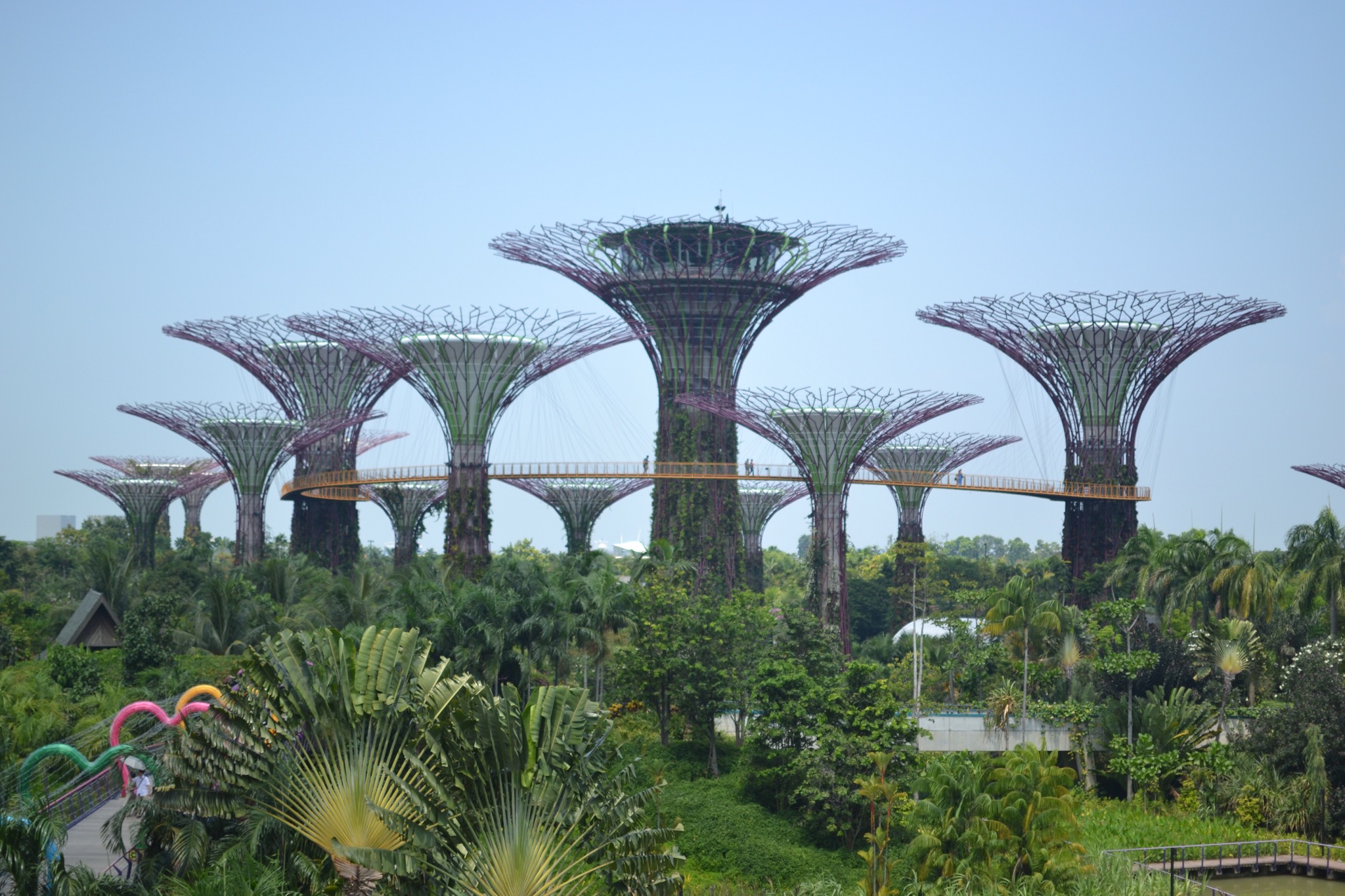 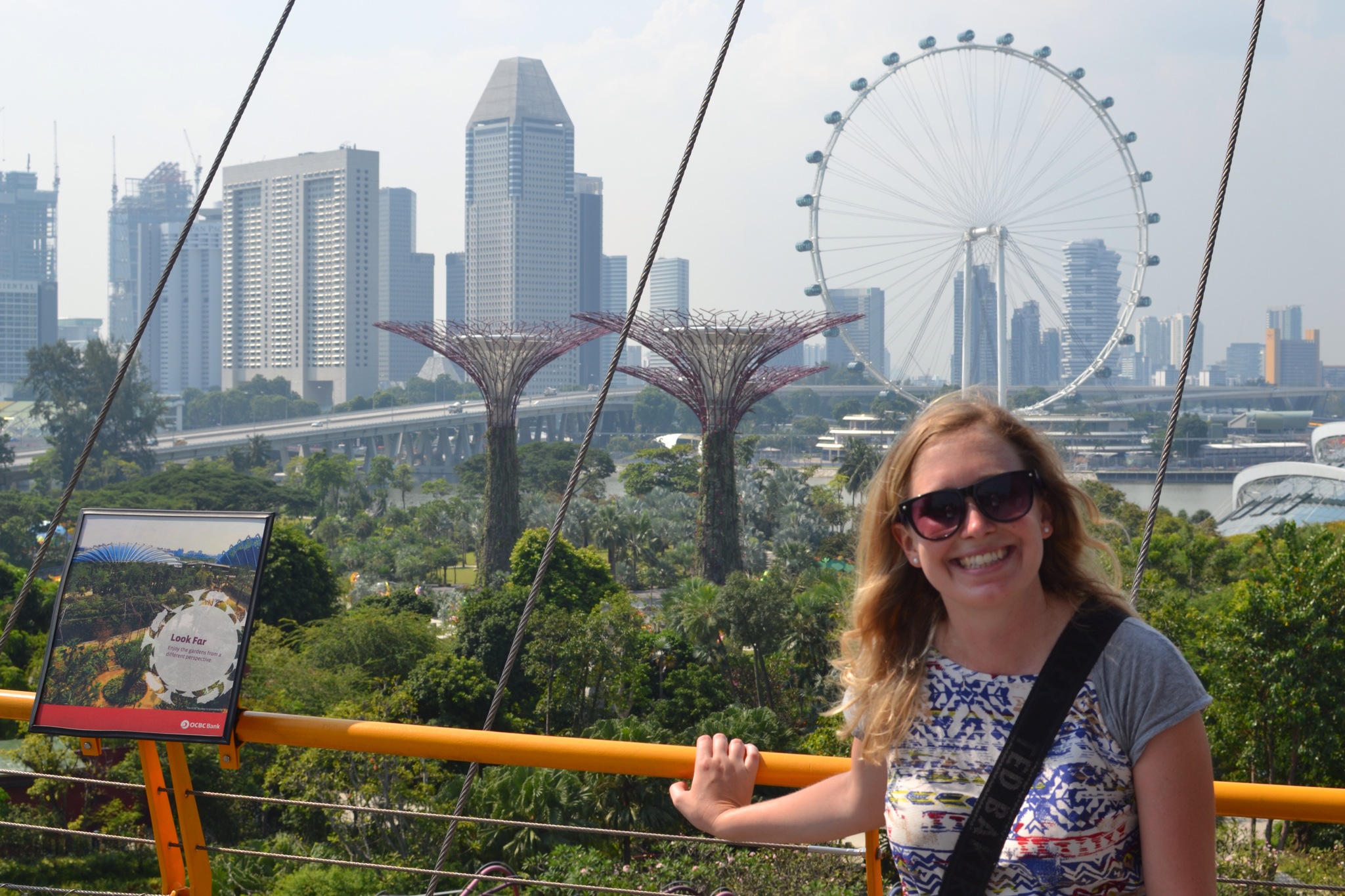 In the evening we headed back to the zoo for the night safari. This was by far a highlight in Singapore for us. Parts of it you could walk round and parts were on a road train. All of the animals were out and about and again there were a few animals we hadn’t seen before such as mouse deers and fishing cats as well as crowd pleasers such as elephants! 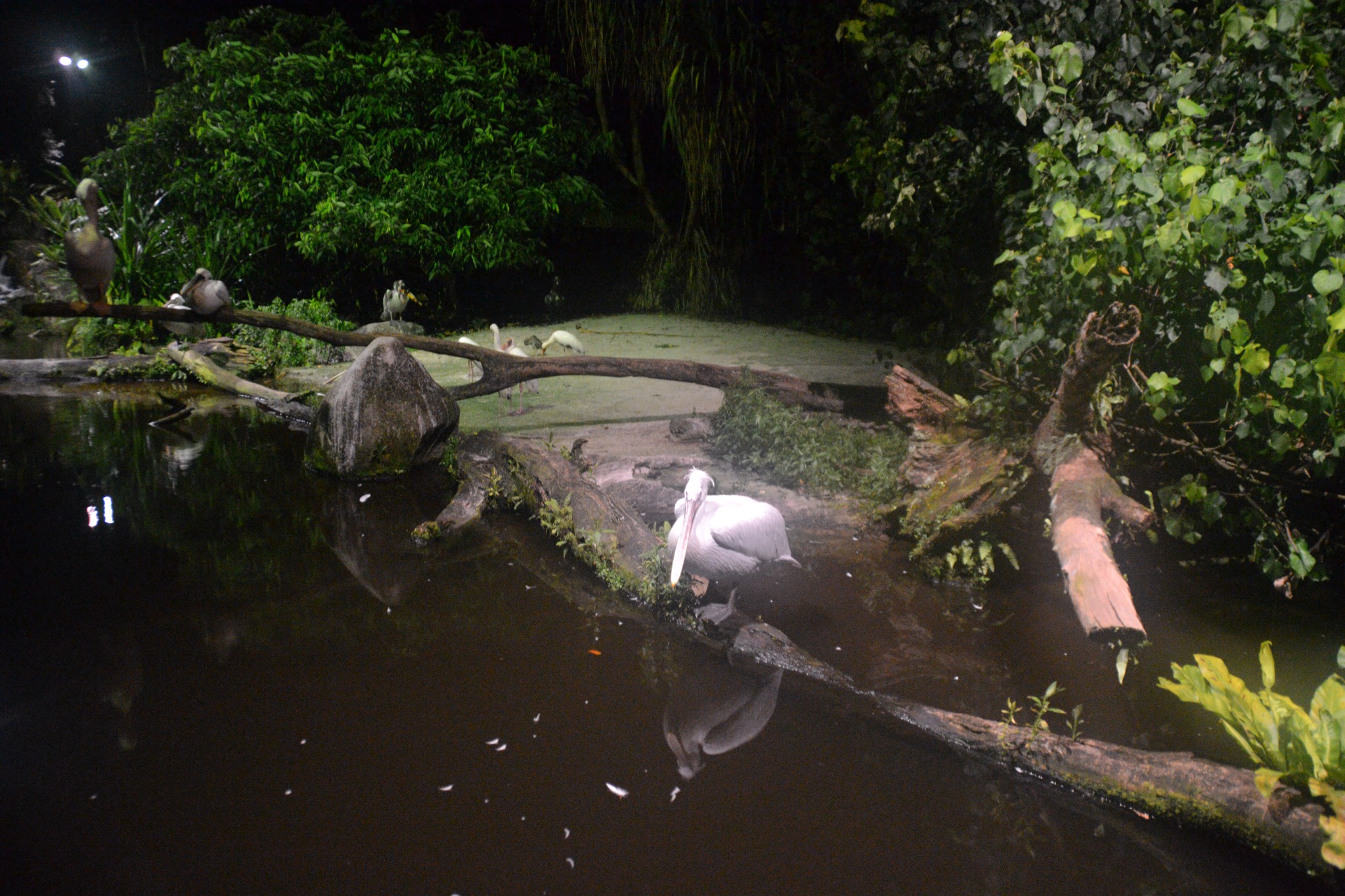 On our last evening we discovered Clarke Quay and the secret to reasonably priced beers in Singapore – Happy Hour! We got chatting to a couple from Guildford and spent a few hours drinking with them which was fun. We then went for burgers at Harry’s by the marina to take a few nighttime pics of the city. 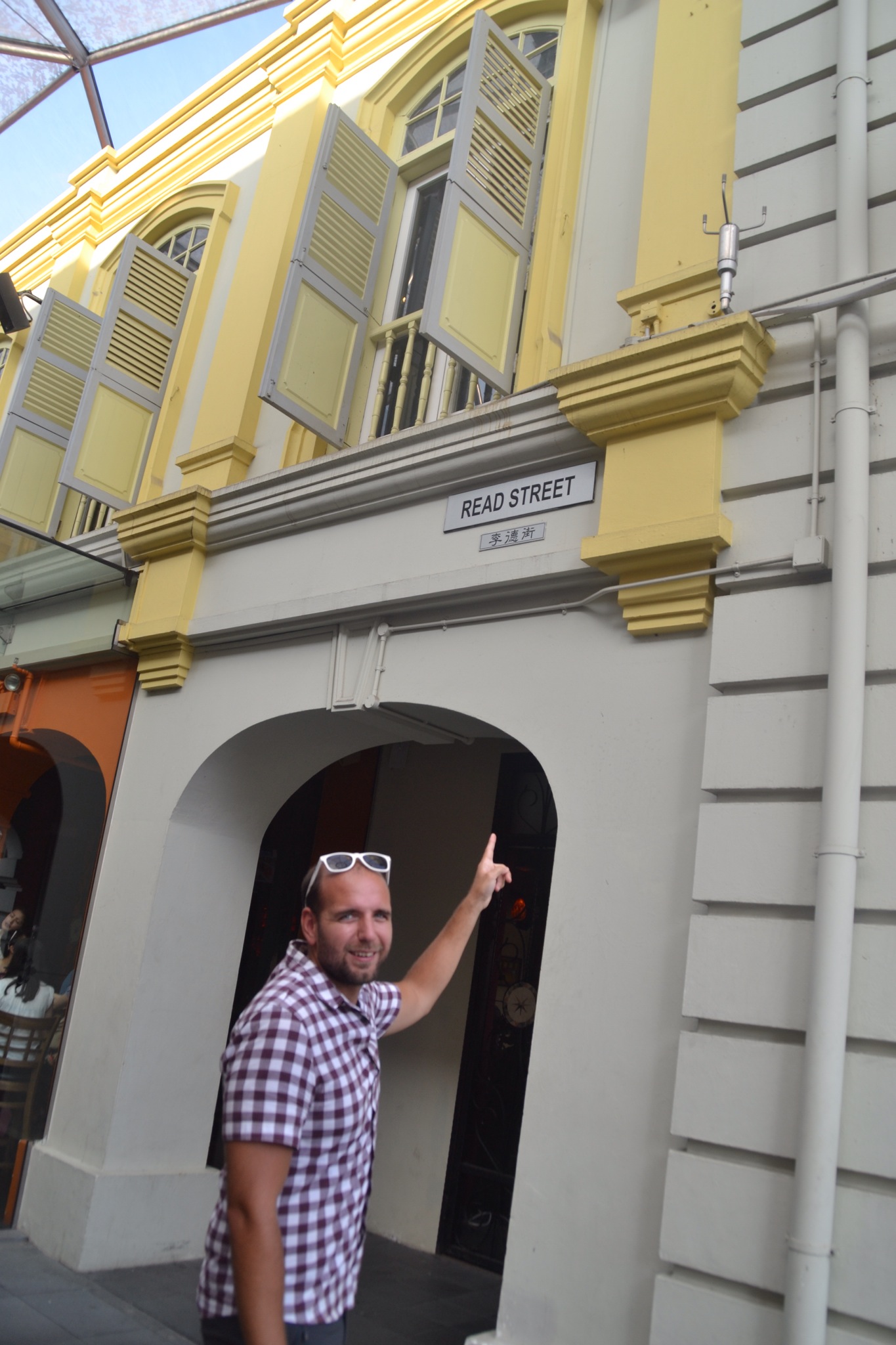 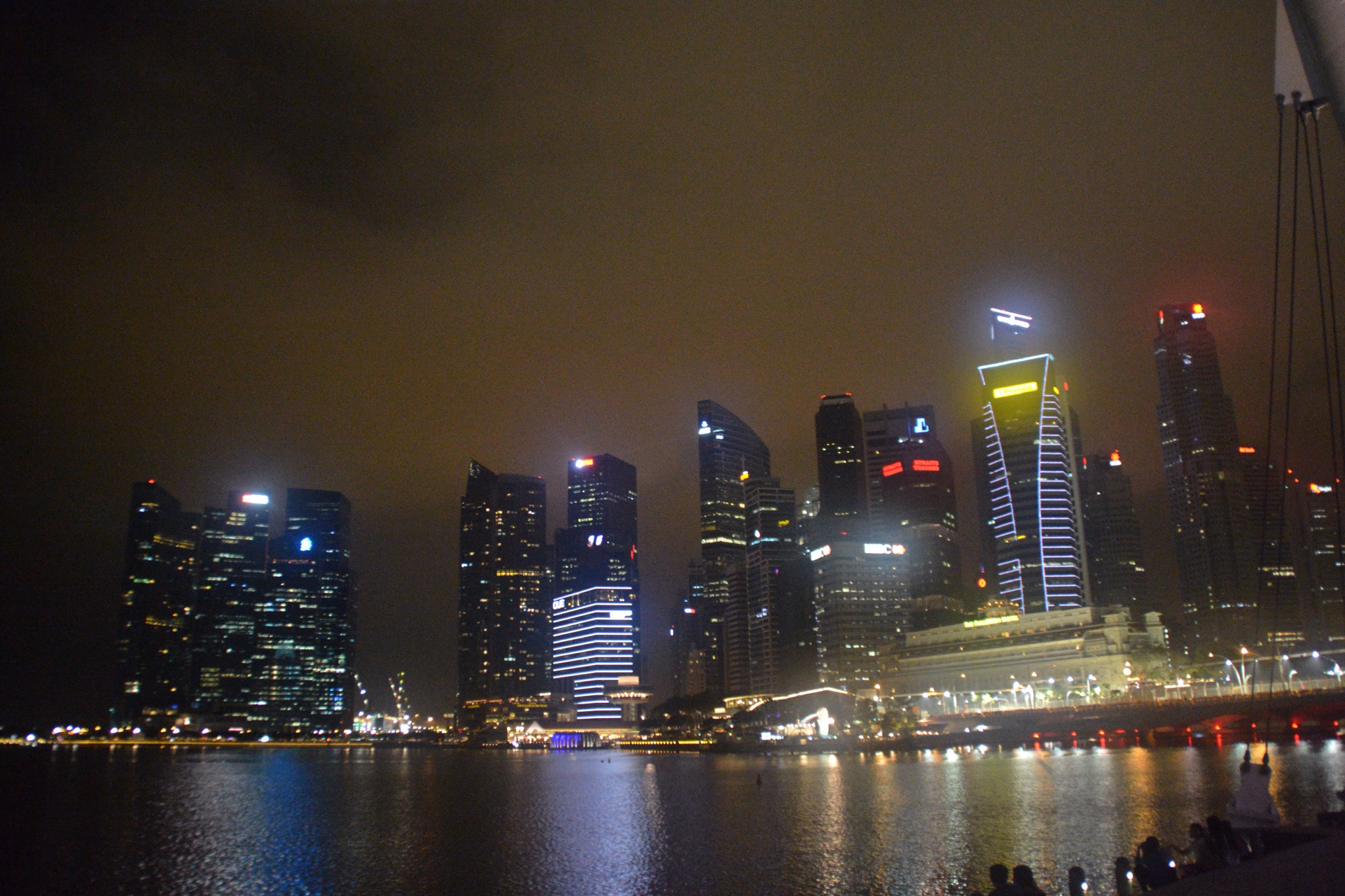 On our day of departure we had an evening flight so decided to head over to the cinema to watch the film Lucy. We had about 45 minutes to kill between buying our tickets and the start of the film so paid for 30 minutes in a video game cafe where we had our own room and played rockband! It seemed to be the most popular game which made it tricky as you could also hear everyone else’s songs.

We both loved Singapore and were very sad to leave. It was much easier to navigate than the other cities we’ve been in, the pavements were wide and clean and the pedestrian crossings plenty. The choice of food was huge, everywhere you turned there seemed to be an interesting looking restaurant or bar and there was the advantage of English being the main language. The lonely planet describes Singapore as SE Asia’s overachiever and now I see why! Even the airport was amazing – I took advantage of the swimming pool before our short hop back to KL! This is definitely somewhere we’d love to come back to – there’s still so much we didn’t get the chance to do and see. 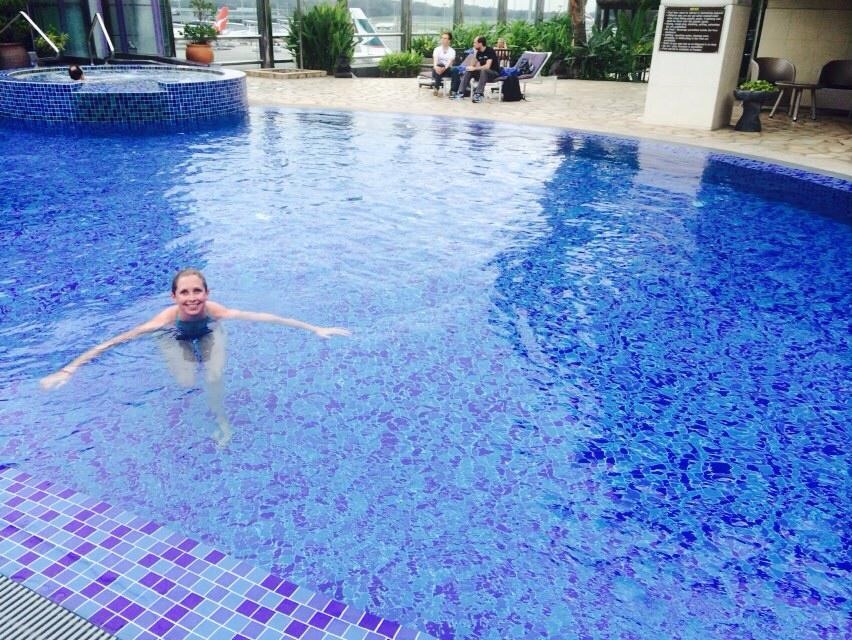