We flew from Bangkok to Siem Reap in Cambodia. Siem Reap is the base for exploring the Angkor Wat temples. The town itself provided quite a change of pace from Bangkok. Not nearly as much car traffic but lots of mopeds and tuk tuks. All the buildings are low rise in the French colonial style. It is immediately noticeable that we’re now in a much poorer country, but all the locals we’ve spoken to have been really friendly and we’ve been impressed by the level of English which seems much higher than in Thailand, possibly due to differences in the native languages. We’re in a very nice hotel here, right in the centre of the town but a definite oasis from the constant calls of ‘Sir/lady, you want tuk tuk?’!

We’ve spent a couple of evenings on Pub Street which is the main tourist street of restaurants and of course pubs. This is also where we watched the World Cup final at 2am – the 2am kick off was actually a pleasant surprise as we were expecting a 3am start as for the other games we’d watched. 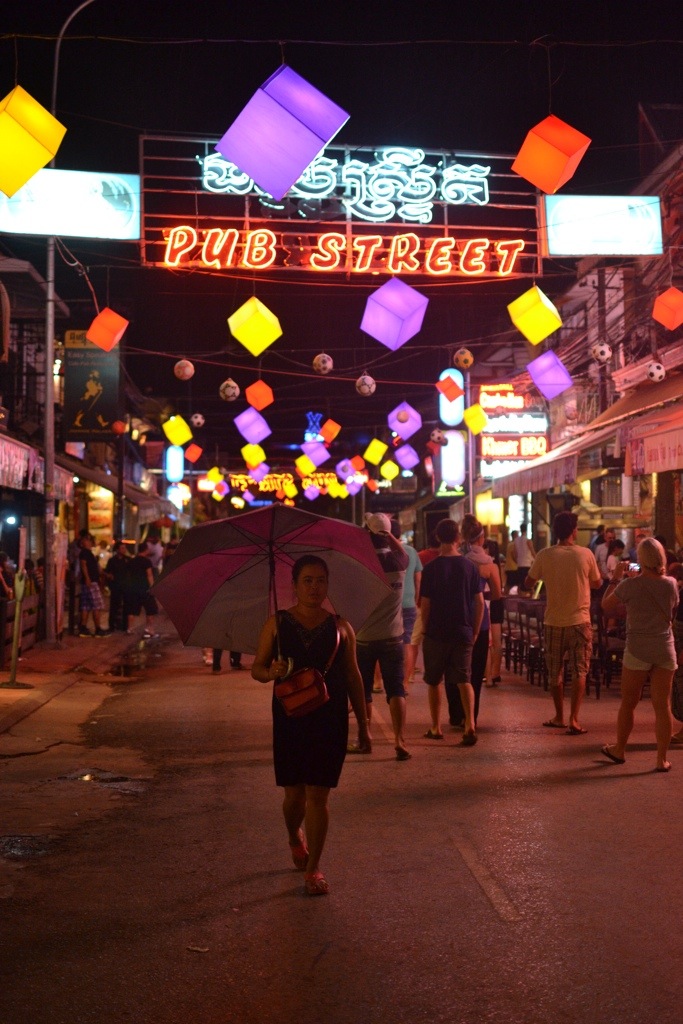 We had originally thought we would visit Angkor Wat by bike but in the end we bottled it and went with a tuk tuk which was probably for the best as the sky was clear and it was super hot! We opted for the little loop tour, taking in Angkor Wat, Angkor Thom and Ta Prohm.

Angkor Wat was the most busy with bus loads of people arriving to see it, but the complex was big enough that once you got past the main entrance part, it didn’t feel crowded. We even found a quiet spot behind the temple with some monkeys including a baby! At nearly 1000 years old and the biggest religious building in the world, we were definitely impressed! 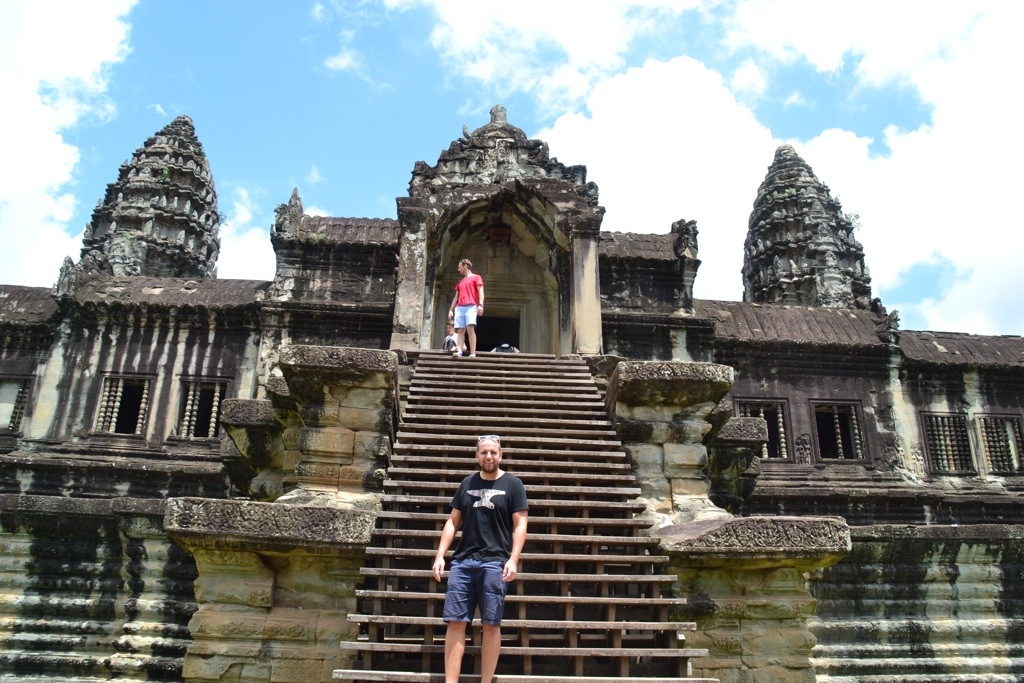 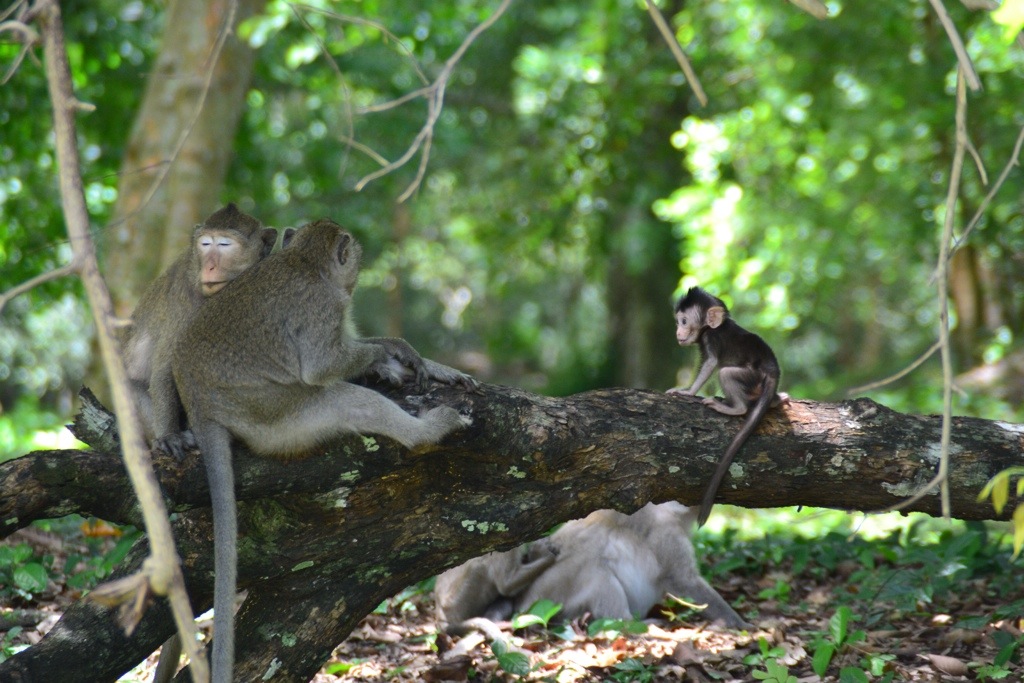 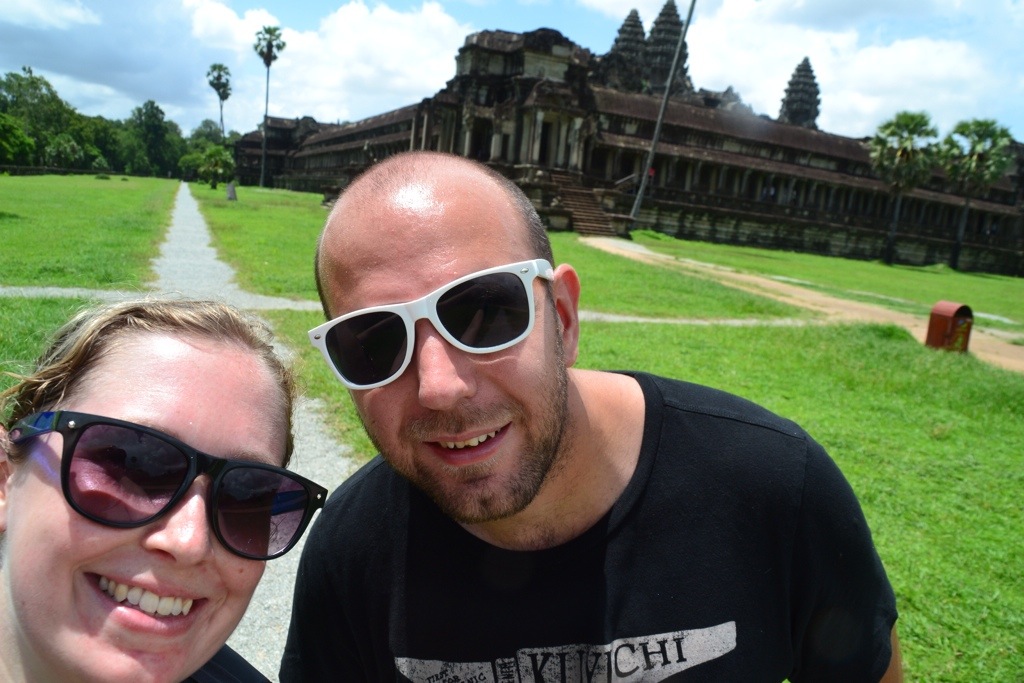 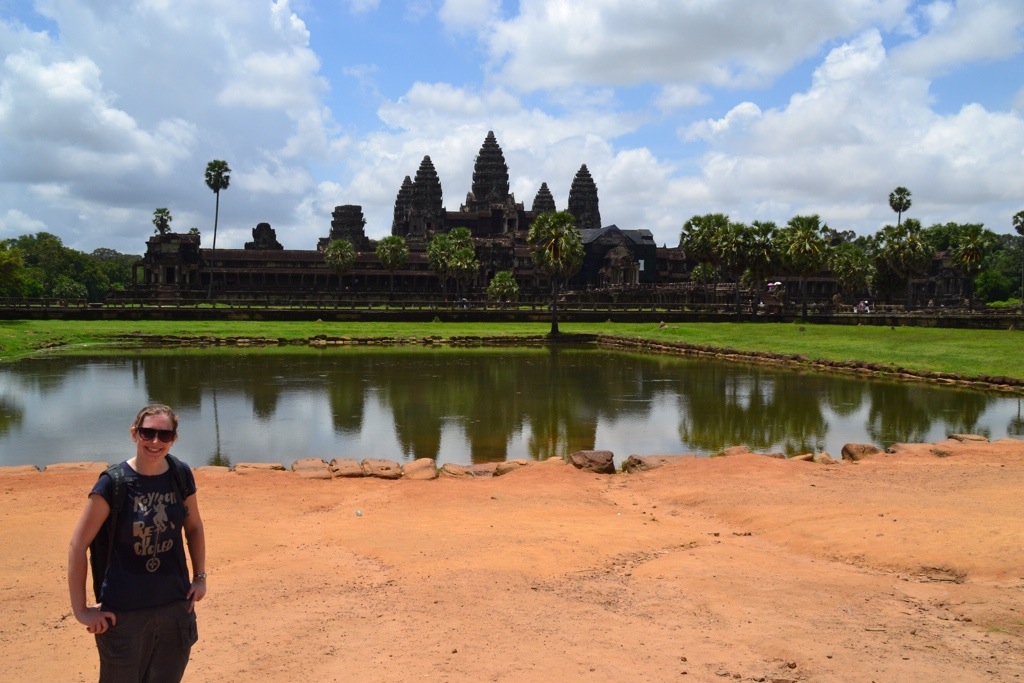 Angkor Thom was the last capital city of the Khmer empire. The first site we saw was the Bayon temple which is decorated with faces on the towers. 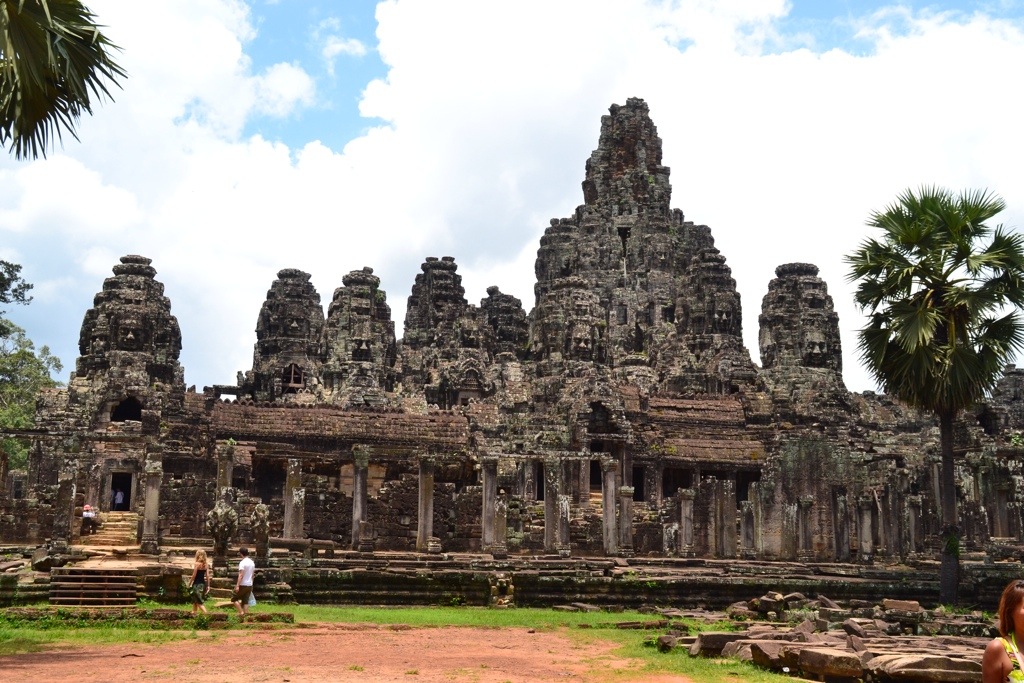 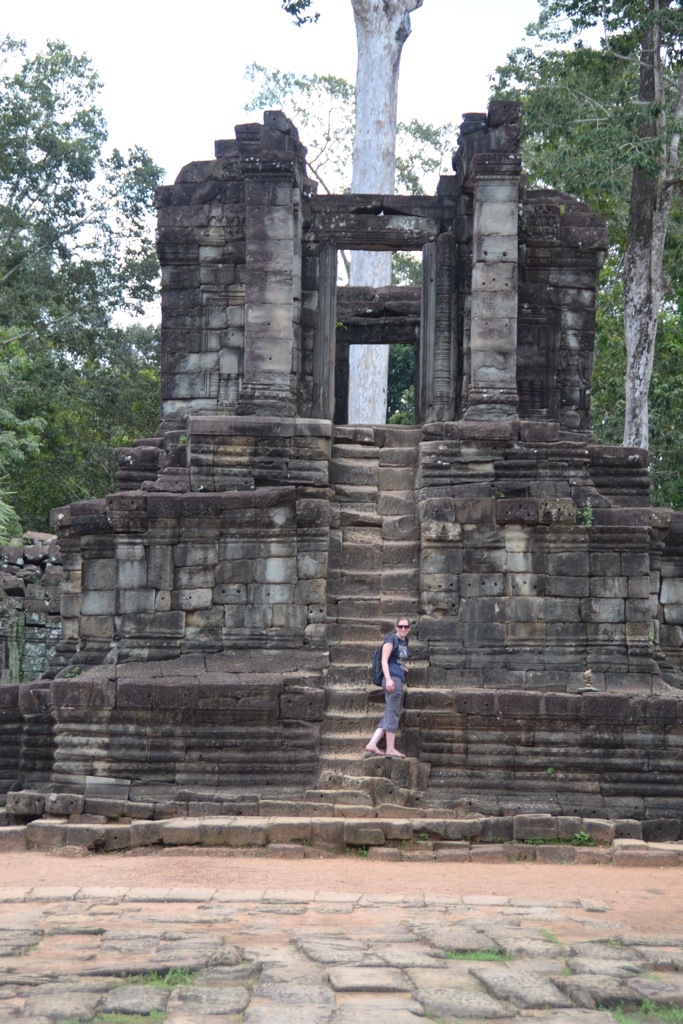 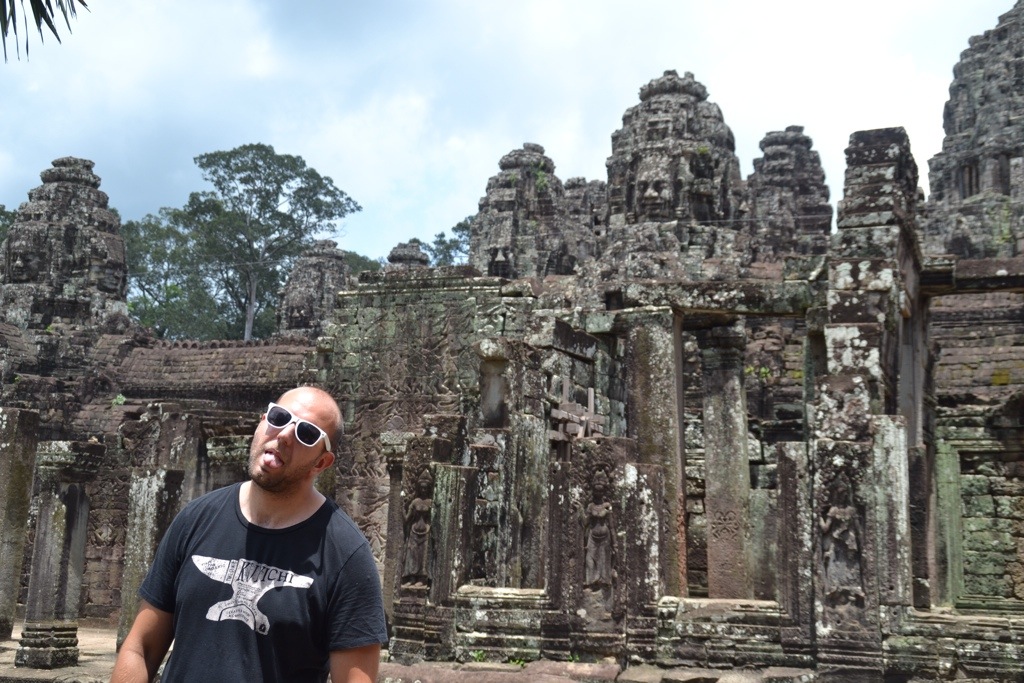 Also part of Angkor Thom is the terrace of elephants which was a platform for the king to view his returning army. It’s incredible how much has survived and been restored. There was so much detail on some of the stonework. 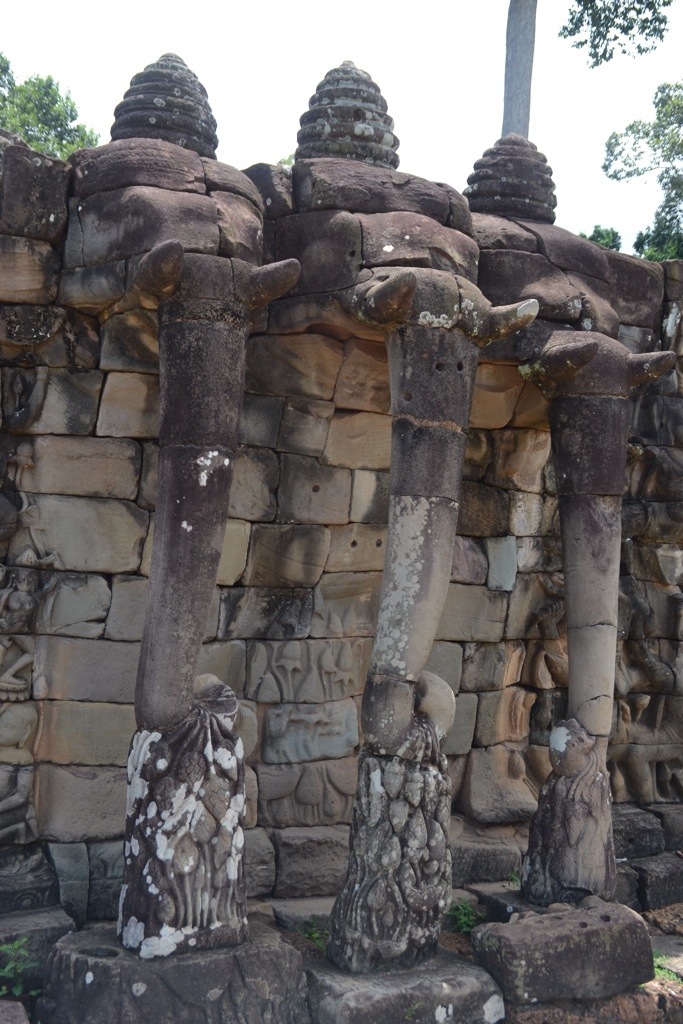 The next site was the Baphuon temple which is a large pyramid structure. By the 20th century, most of it had collapsed. A restoration project commenced in 1960 but was interrupted when the Khmer Rouge came to power. Most of the documentation on how the stones were positioned were lost and so when restoration resumed they only had the instructions for 1 side and had to go from there. It seems like they did a pretty good job though and it was completed in 2011. We climbed up to the top using some very steep wooden steps which were even worse to go down. Especially in the heat! 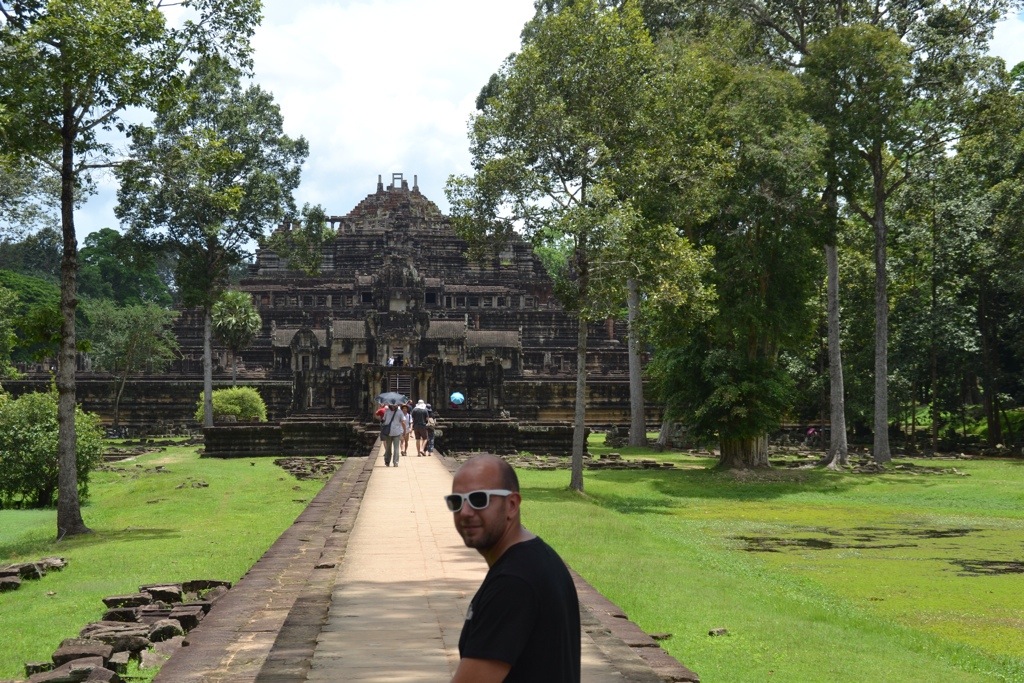 The last stop was Tha Prohm which has been left pretty much in the same state as when it was found which. Means there are trees growing out of the ruins which looks pretty cool. This however is one of the. Oat popular temples and we arrived just after a bus load of Korean tourists who seemed to be everywhere we turned! 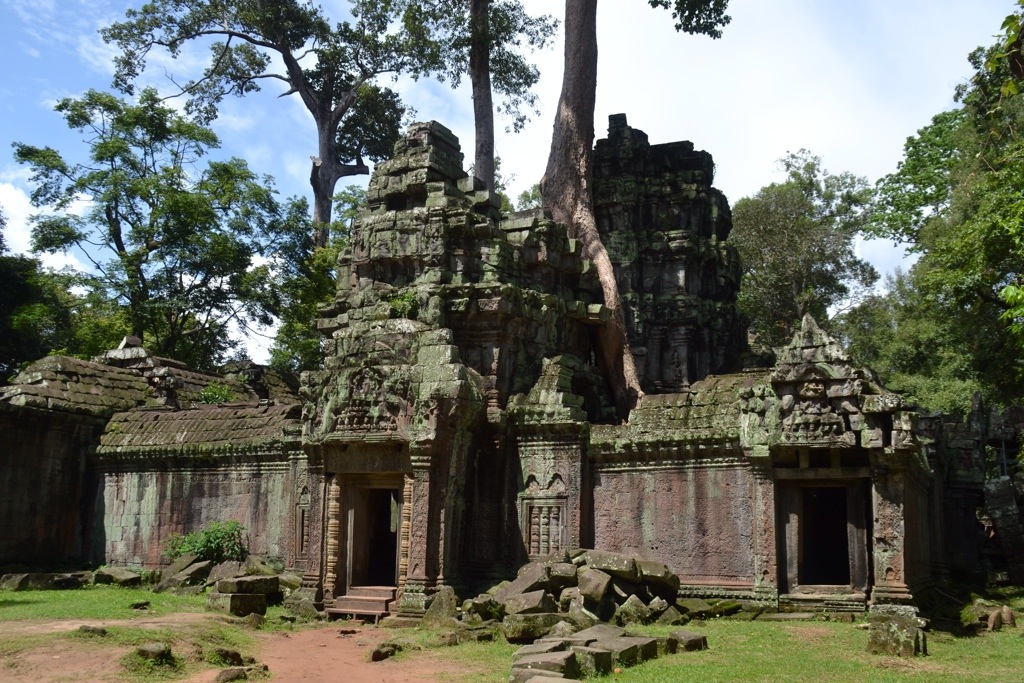 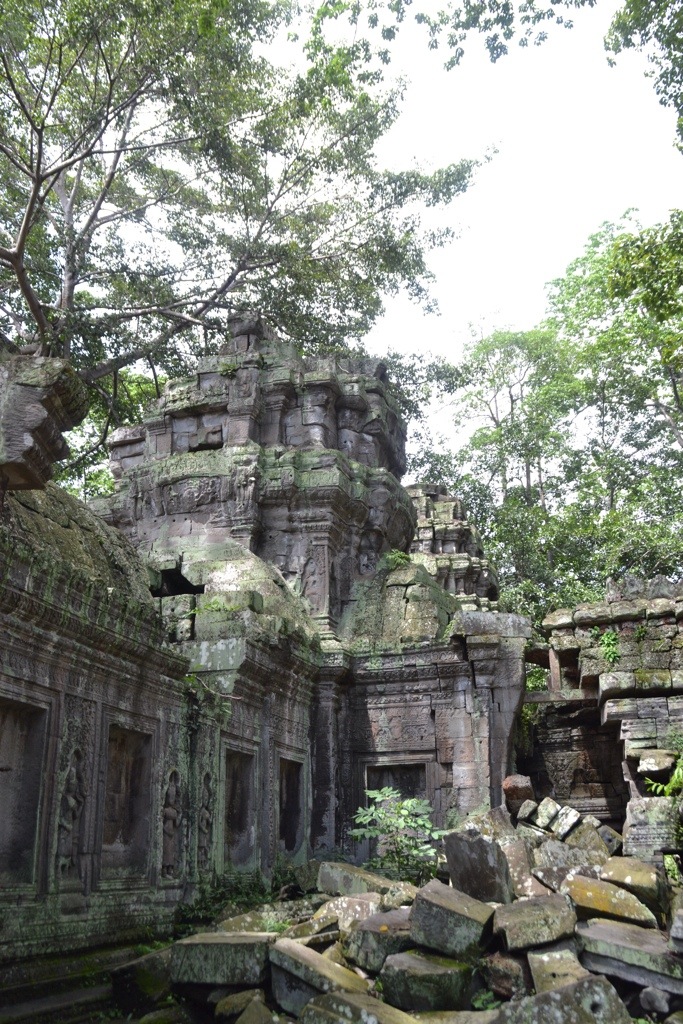 One response to “Siem Reap”