We arrived in Shanghai absolutely shattered from lots of travel and sightseeing. It was a Friday evening and the main task for the weekend was to rest and restore our energies for the remainder of our travels.

Our hotel was located on the bund, the waterfront area housing many old colonial buildings. It’s across the river from the special economic zone, an area with more free-market oriented economic policies to make it more attractive to foreign investors. The skyline is impressive, with the second tallest building in the world having just been topped off and two other top twenty buildings standing next to it. Shanghai definitely had a different feel than Beijing and Xi’an. We actually saw the sky! The driving was still atrocious though, with crossing the road on a green man still a dangerous activity.

On our first day in Shanghai, we headed over to the other side of the river and found a fairly new development of riverside bars and restaurants, including a German bar where Dean couldn’t resist buying a stein. 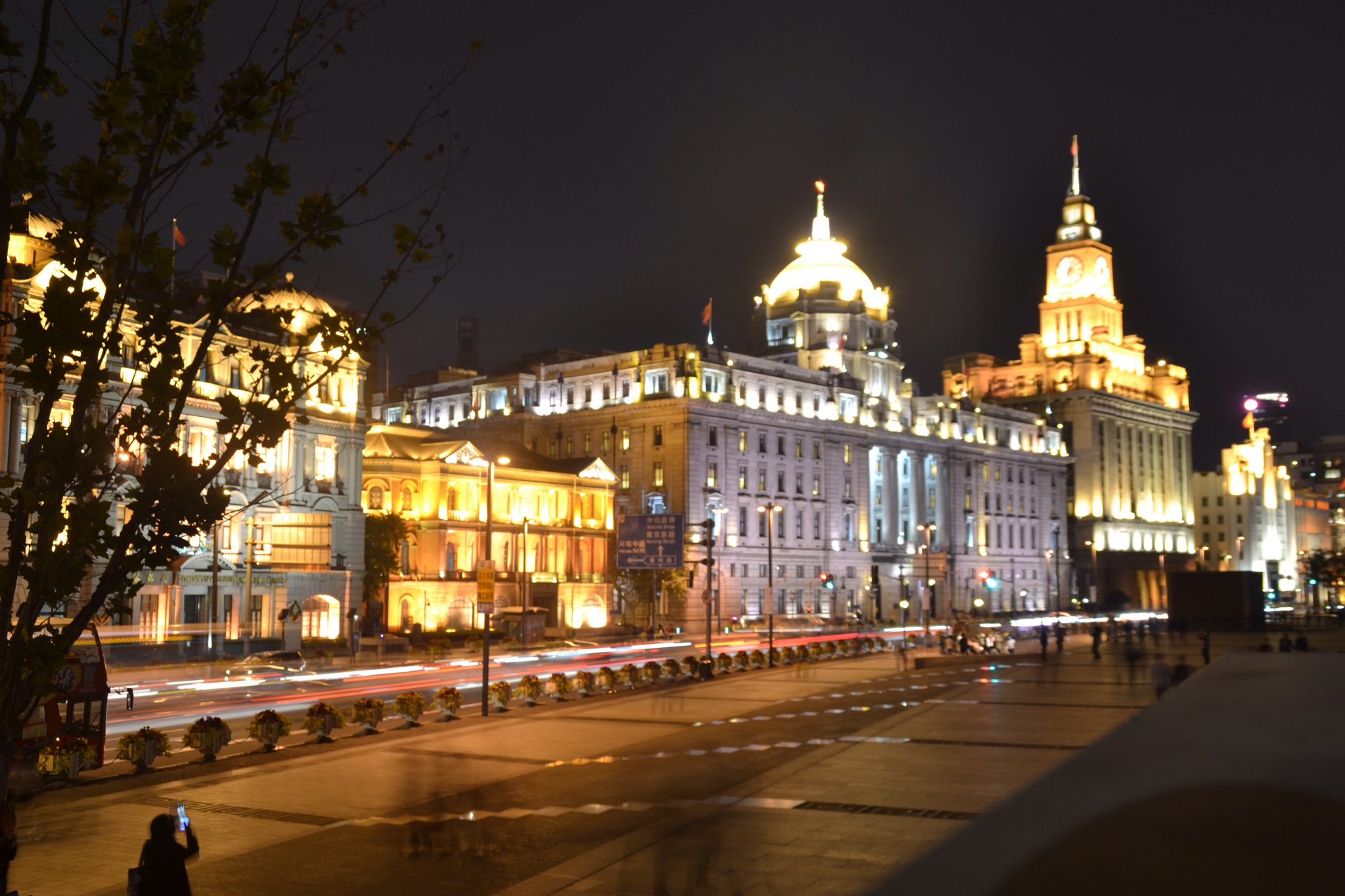 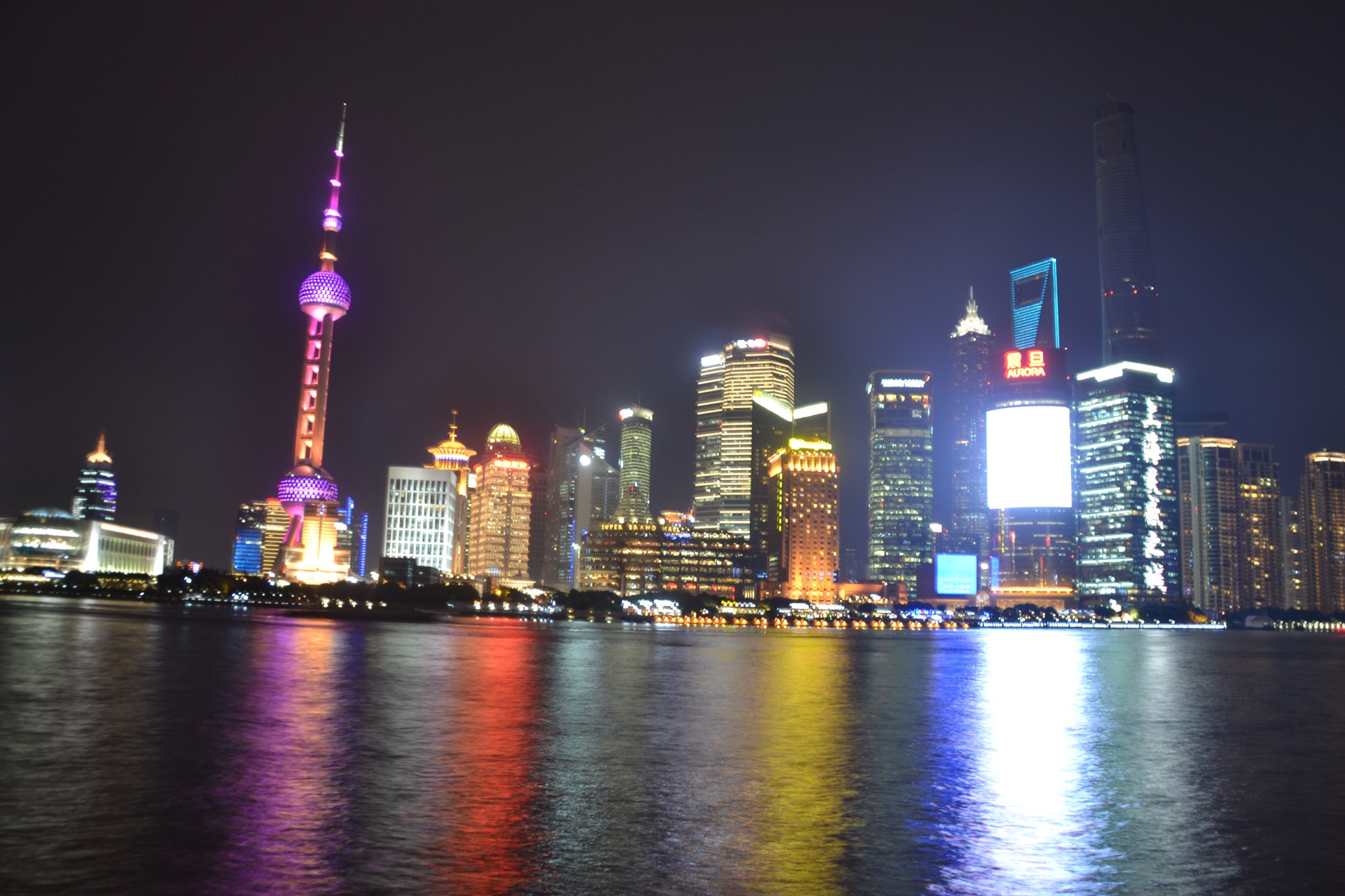 The following day, we took a walk towards the peoples square and peoples park. The park was a nice green area in the middle of the city, with some tennis courts and fitness equipment that were being well used. 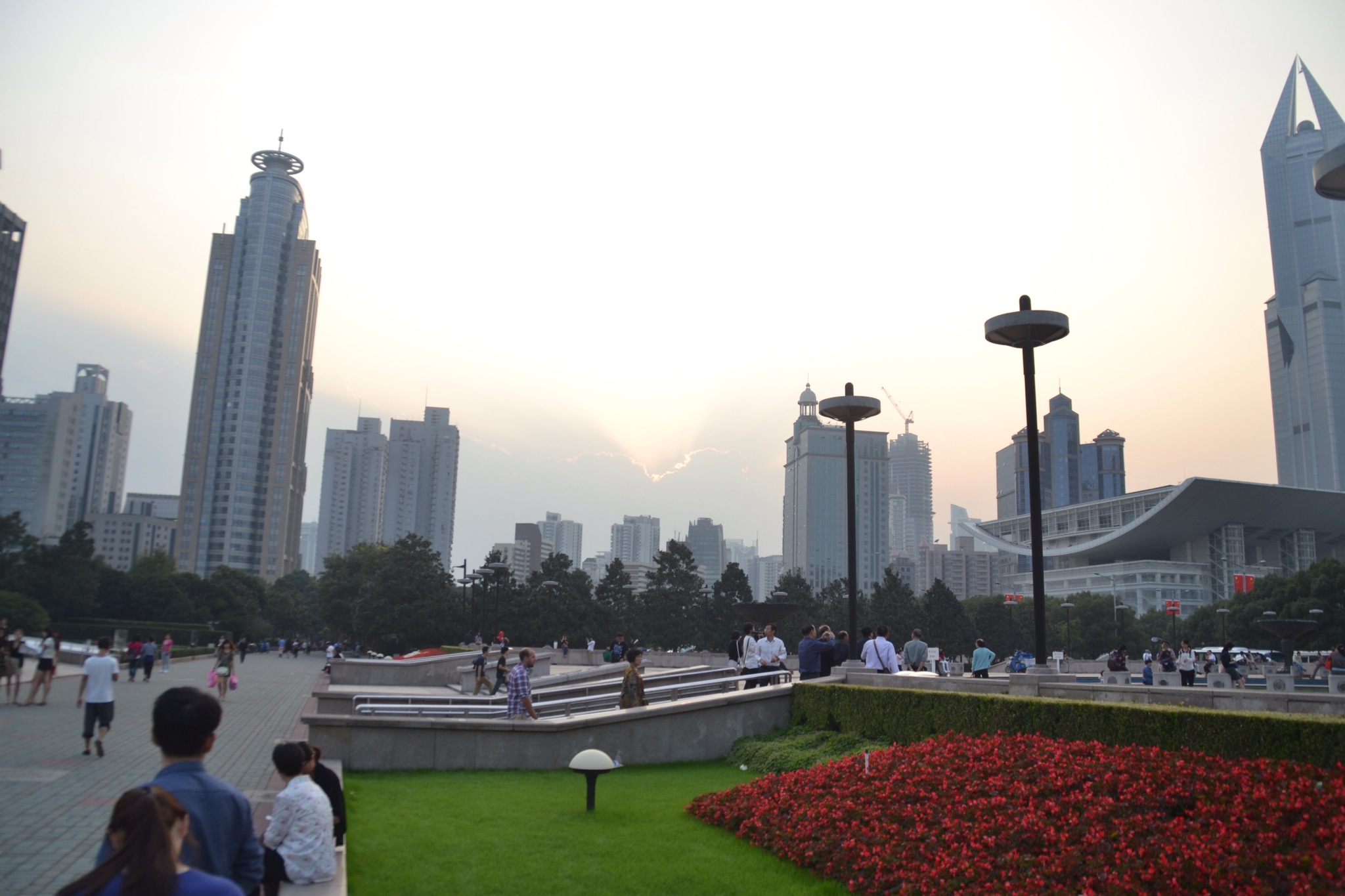 On the walk back to our hotel, we happened across the old city, containing old wooden houses that remained a Chinese area even in the colonial periods. The area was heaving and the old buildings have now become tourist tat shops … and a Starbucks! 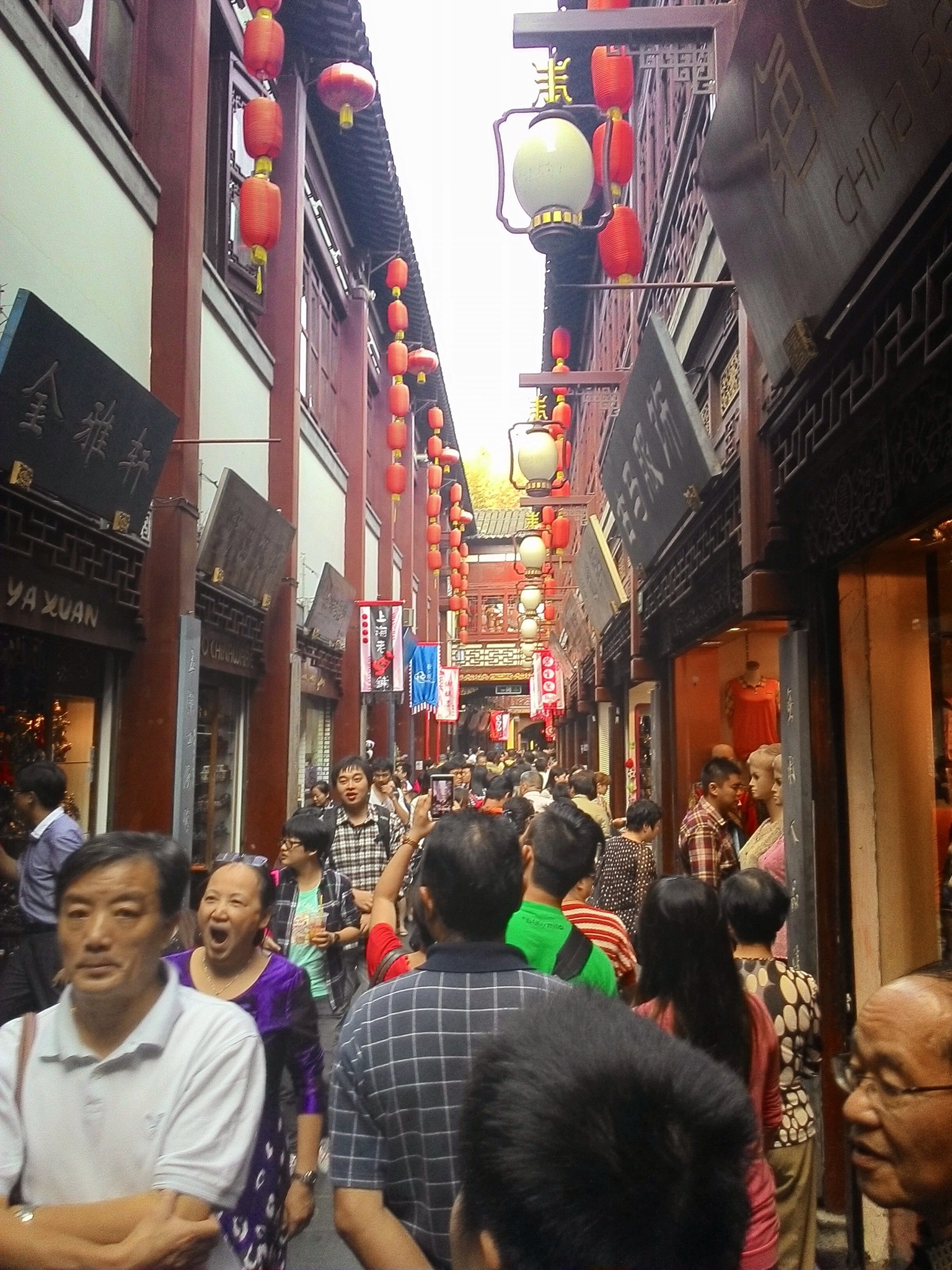 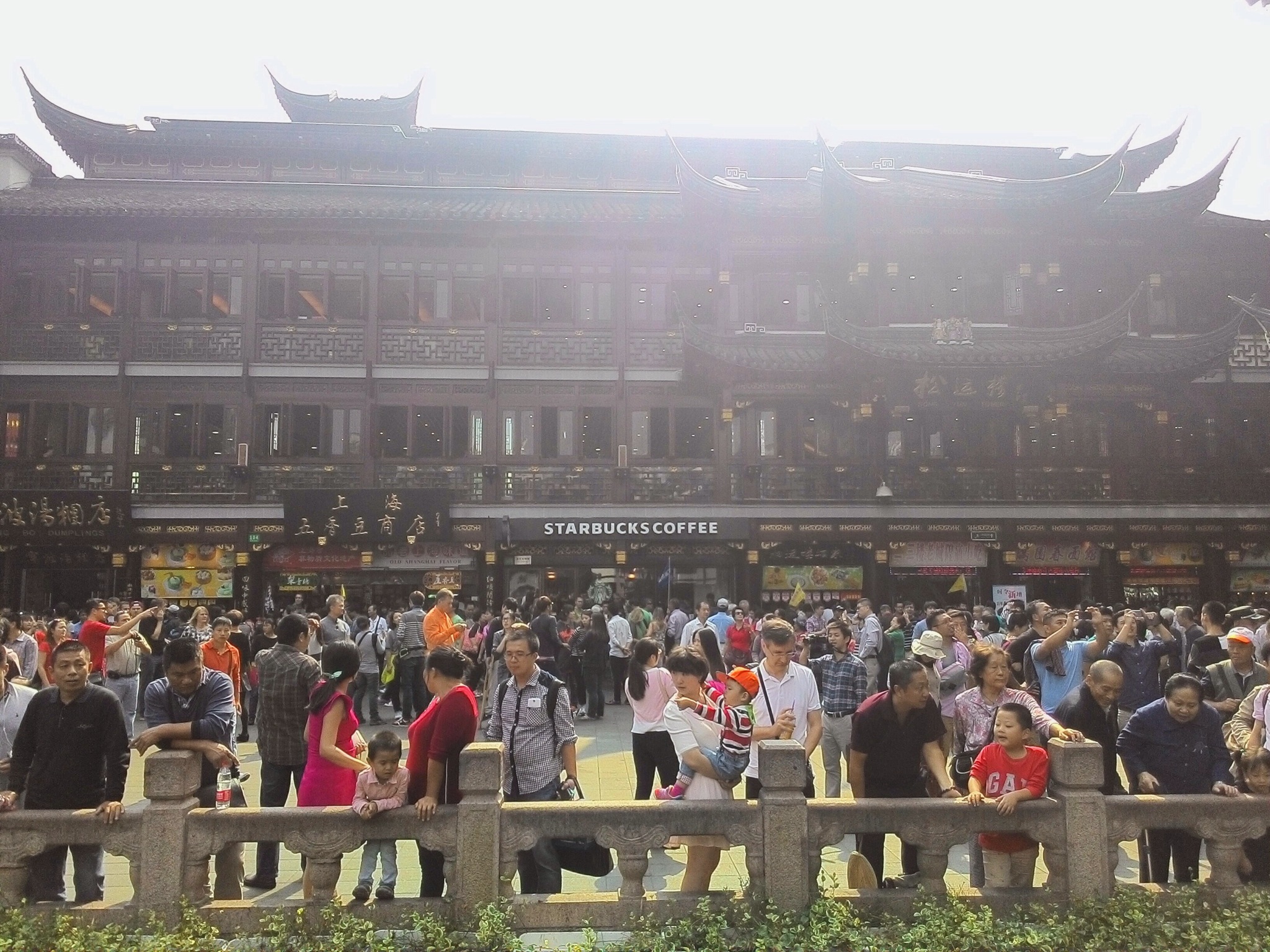 Before dinner, we headed to the long bar in the Waldorf Astoria hotel. It’s a reconstruction of the bar that was in the same location in the Shanghai club in the early 1910s. At 34m, it lives up to its name and we enjoyed a couple of good cocktails. Dean had a gentleman’s handshake which involved a fancy whiskey being infused with cigar smoke – sounds gross to me, but he said it was good! The long bar here definitely beats the long bar in Raffles in Singapore!

While in Shanghai, I was keen to visit a traditional water town. There are places near Shanghai which are touted as the Venice of the East. I’d picked a place and read on many forums that there was a tourist bus (ie bus with English signs) that went every day in the morning for about £3. Great! All I had to do was find the timetable. Impossible. The concierge at our hotel was no help, suggesting I join a tour group for £50, a private driver or take the local bus. In the end I didn’t have the energy to chance a metro ride to the bus station for a bus that might not exist anymore so I went with plan B. The water town of Qibao is on the metro network and although the reviews say it’s not as good as the out of town places, at least I could tick water town off my list! I wasn’t disappointed, I had nothing to compare it to! The river was pretty with a couple of old bridges and it was a nice place for a stroll for a couple of hours. Again the Chinese tourists stuck to the main route with the touristy shops so as soon as I walked off that path, it was actually a bit peaceful and a nice change from the city centre. 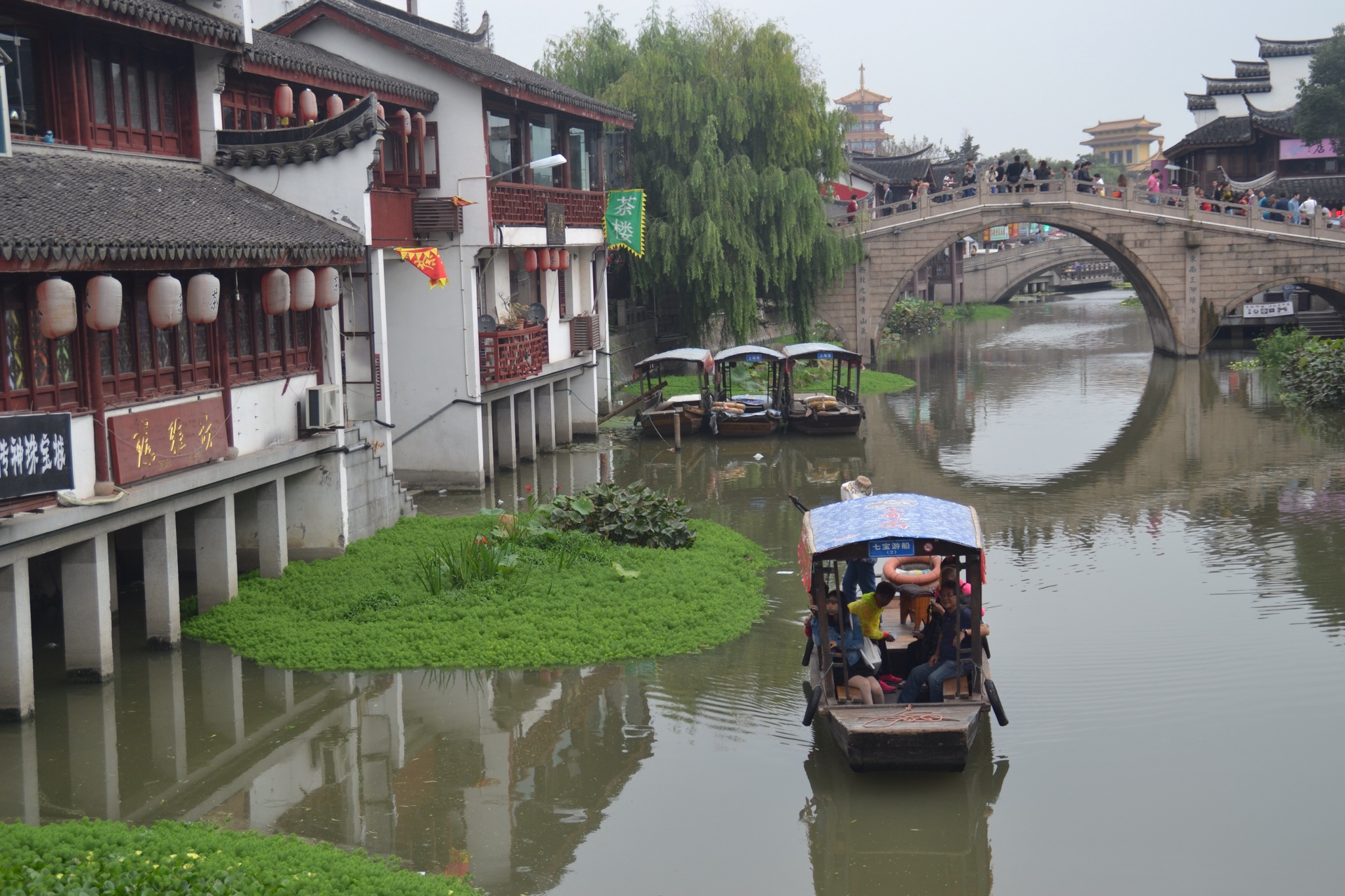 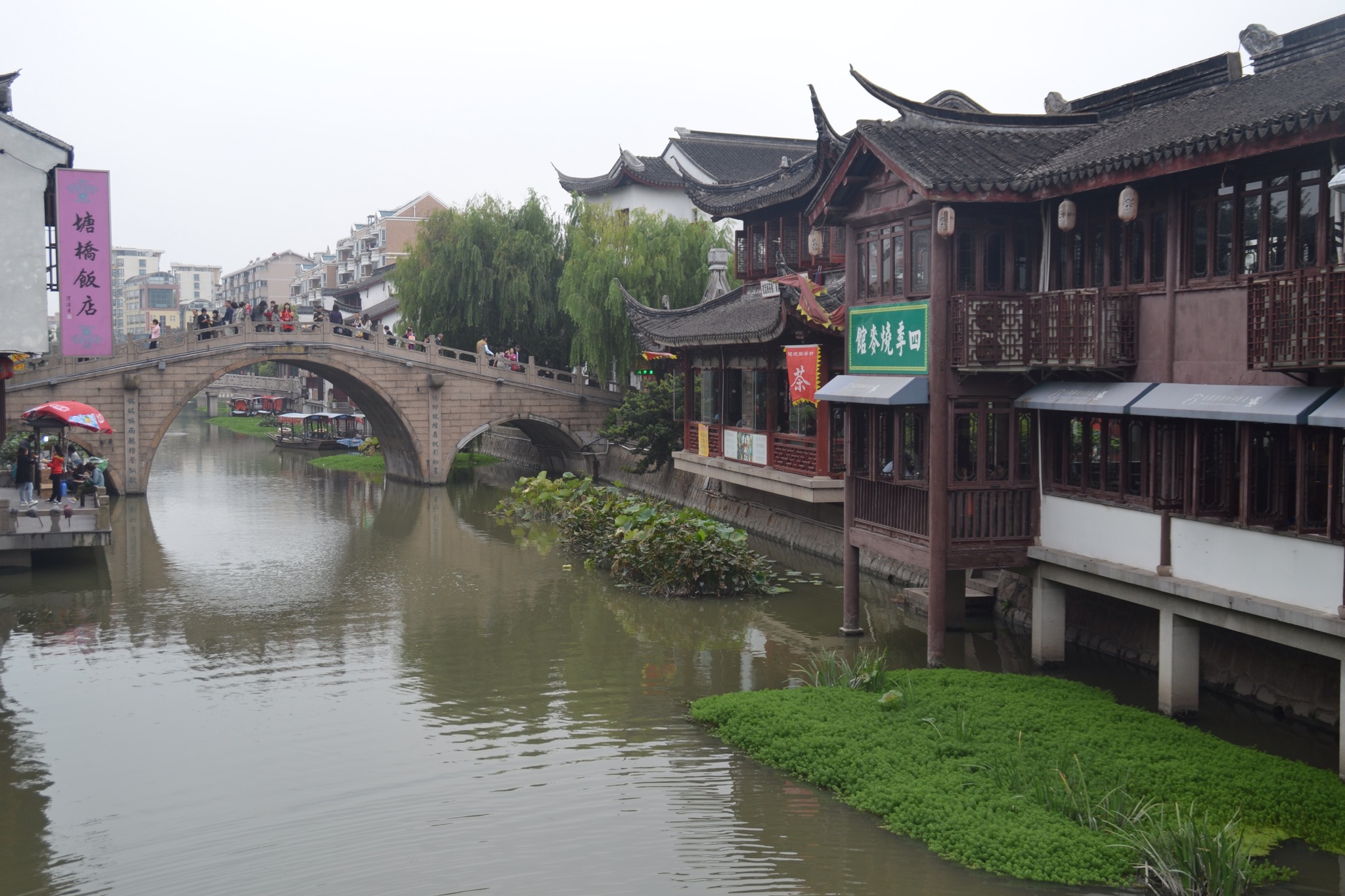 For dinner we headed back to the other side of the river on the bargainous 20p ferry and ate at the Blue Frog, a nice western bar/ restaurant that dished us up some tasty salmon and 2 for 1 drinks.

On our final day in Shanghai we walked around the French concession. This area had a distinctly European feel to it, with wide tree lined roads and even a Marks and Spencer’s cafe where we had lunch! There was quite a lot of green space and it seemed quieter than other areas we’d visited. 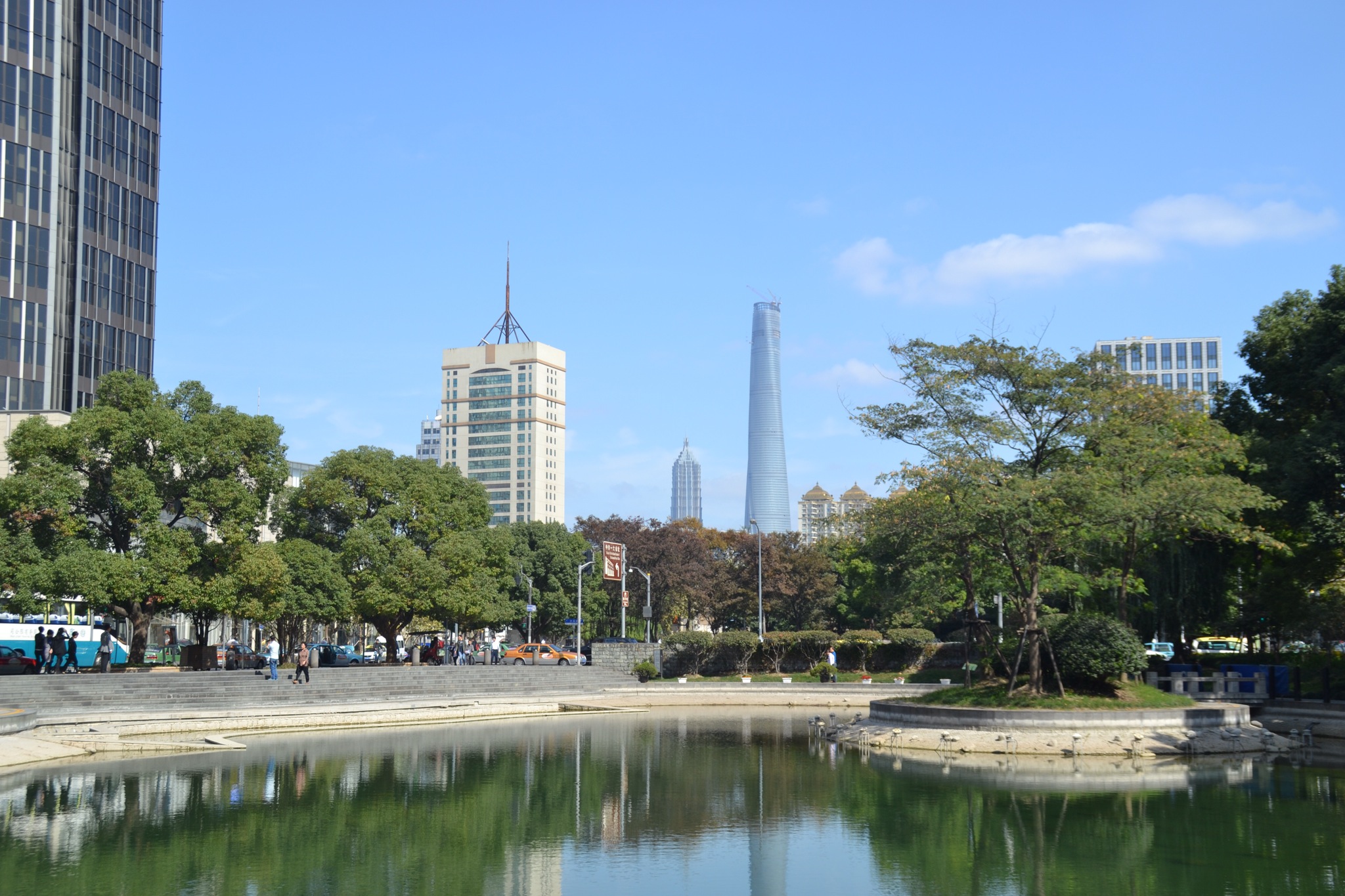 To mark our last night in China, we went for some drinks at the Captains bar, on top of the HI hostel. The views of the skyscrapers across the river were great and the drinks not too pricey as it was a backpackers bar.

We ended up spending a bit too long in Shanghai – originally we’d planned to do some daytrips, but as we weren’t all that impressed with Chinese cities, we ended up using our time in Shanghai as a bit of a break, especially as we knew we would be busy over the next few weeks in Japan. We’d imagined Shanghai would be more like Hong Kong, but while it definitely had a much more international feel than Beijing and Xi’an, the scale of the city means it doesn’t have the same ease of navigation as Hong Kong. Like in Taipei, there was no heart as such. The bund had the potential, but we were surprised by the lack of the restaurants on that side of the river, everything was over in the business district. Not a patch on Hong Kong in our eyes!