We travelled by bus from Siem Reap to Phnom Penh, the Cambodian capital. It was a 7 hour trip along a road which was pretty bumpy in places. Aside from getting a lot of reading done, it gave us the chance to see a little of Cambodia outside the main cities. The area between Siem Reap and Phnom Penh is very flat and seemed to be mostly agricultural and the houses were mostly built up on stilts.

Once we’d checked into our hotel, we took a tuk tuk to the riverside for dinner and drinks at the Foreign Correspondents Club overlooking the river and then moved on to a rooftop bar a few doors along.

We spent just one day sightseeing in Phnom Penh. We started by visiting Tuol Sleng genocide museum, a former school which was transformed into a prison during the rule of the Khmer Rouge. Thousands of Prisoners were held, tortured and killed between 1975 and 1978. Most people brought here were unaware of what crimes they had supposedly committed and there were very few survivors (one number quoted was 7, but another board said survivors may have been greater, but either way a shockingly low figure). When the United Front for the National Salvation of Kampuchea came to the museum at the end of the Khmer Rouge rule, 14 corpses were found still in the prison and these have been buried at the site in proper graves, in contrast to the majority of victims who would have ended up in mass graves near the killing fields.

The museum was laid out as it would have been at the time, so we saw the tiny cells, the former PE equipment in the courtyard that had become a torture device and the barbed wire across the walkways to stop the prisoners from committing suicide.

Overall, it was a pretty depressing place but it gave us an insight into the era that has had a massive influence of Cambodia today. So far only one Khmer Rouge member has been convicted. Other trials continue or the defendant has since died of old age or is suffering from dementia. Pol Pot, the leader died in exile in Thailand in 1998. 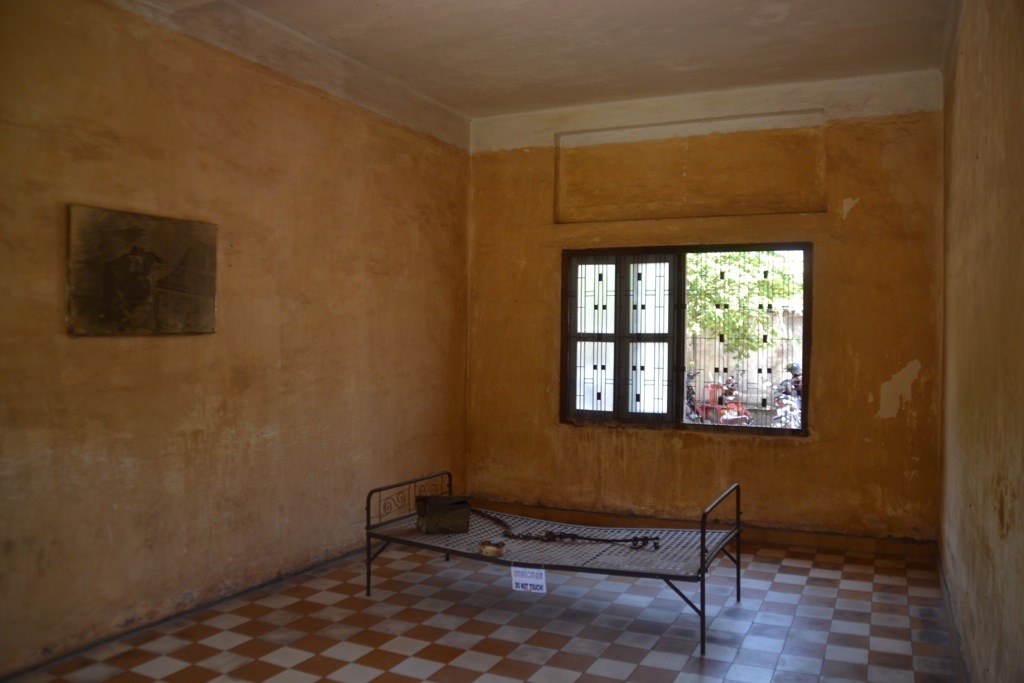 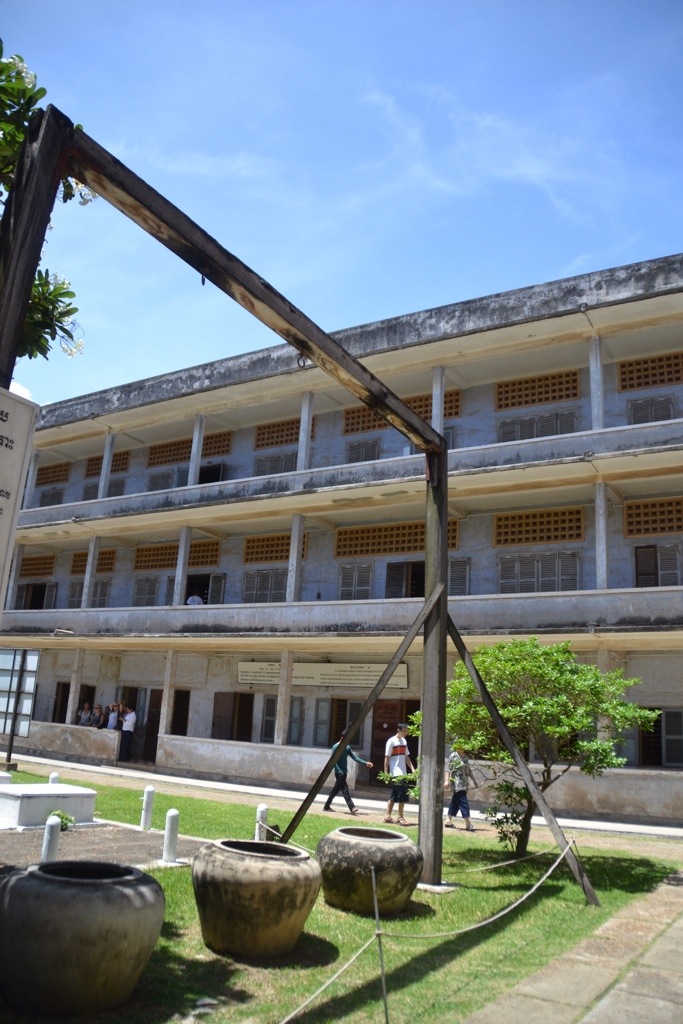 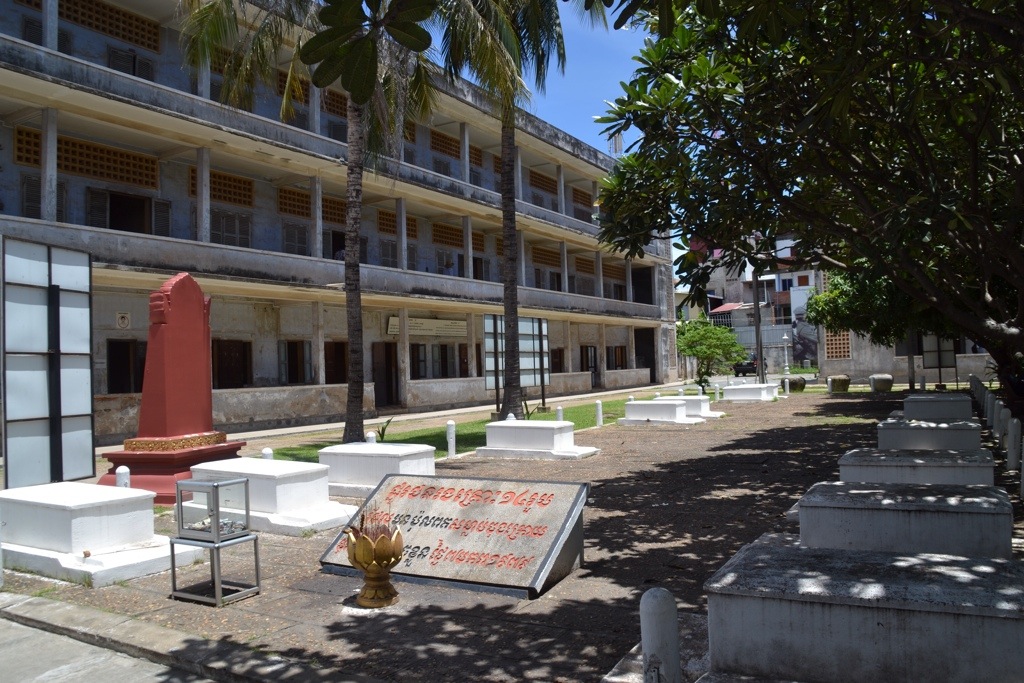 After that, we needed some chilled out pool time before we went over to the Royal Palace in the afternoon. This was quite similar to the one we saw in Bangkok, complete with emerald Buddha. Both here and in Bangkok, it was a shame that you couldn’t really go inside the palace buildings, only peer in from the outside.

Guess who forgot to dress appropriately and had to buy a stylish outfit for $5……. 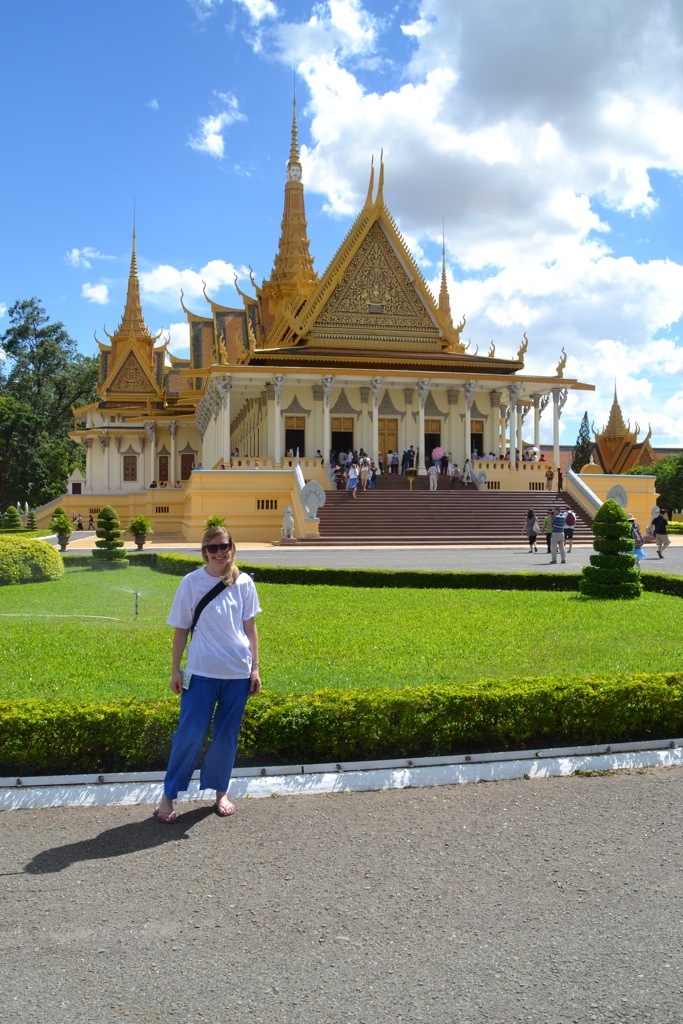 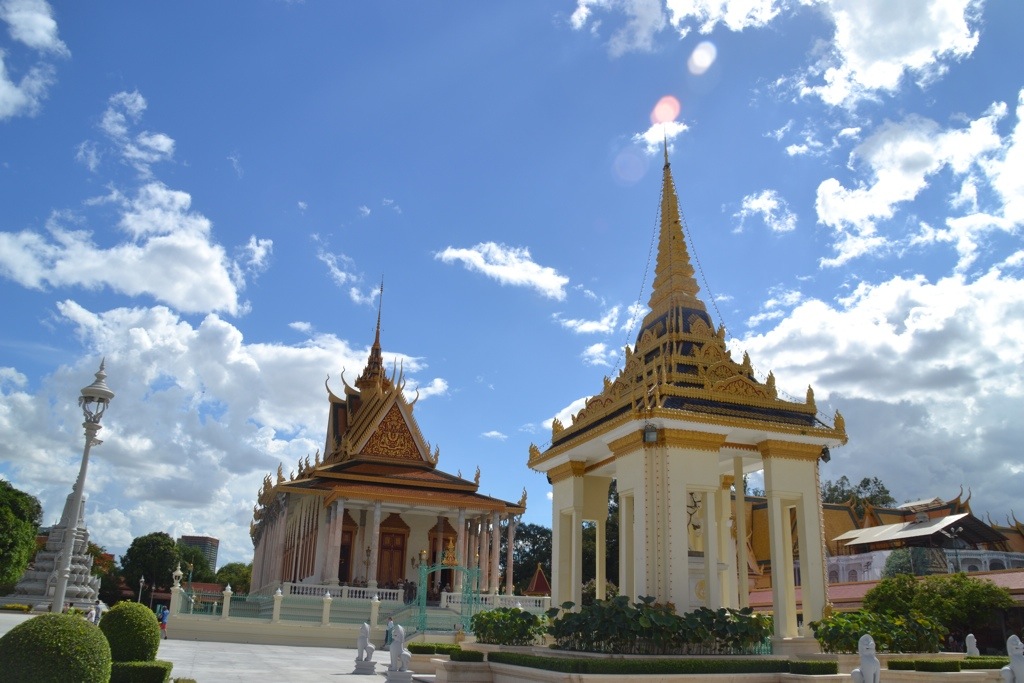 In the evening we had planned to go for a sunset cruise on the river but due to torrential rain it was cancelled so we headed back to the FCC in time for happy hour and then continued in the bar across the road where Dean ordered us a very strong and very blue cocktail. 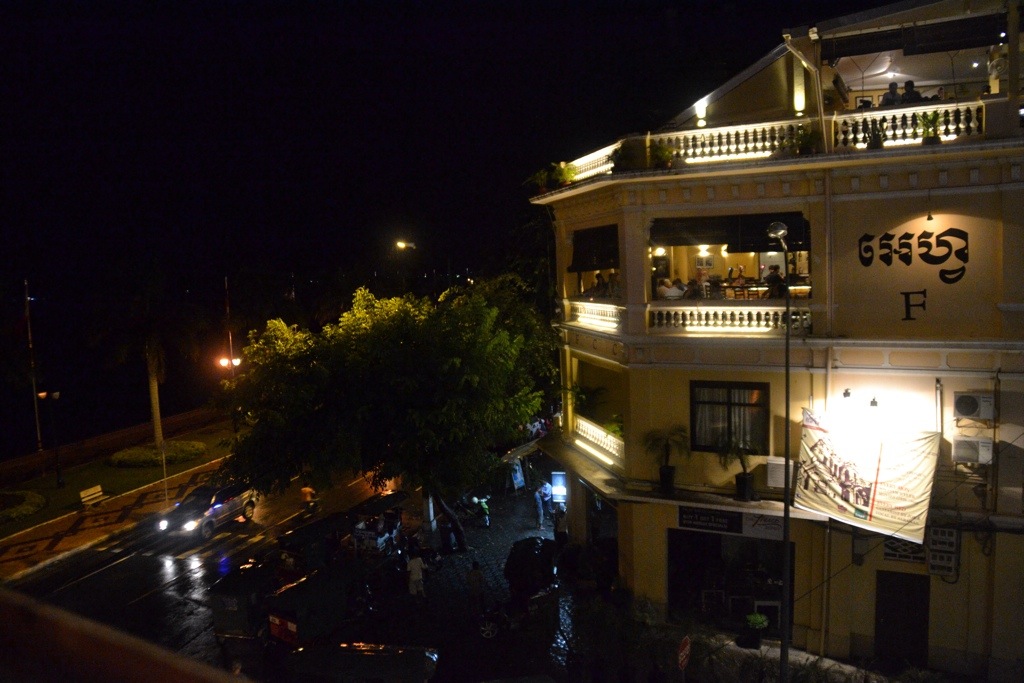 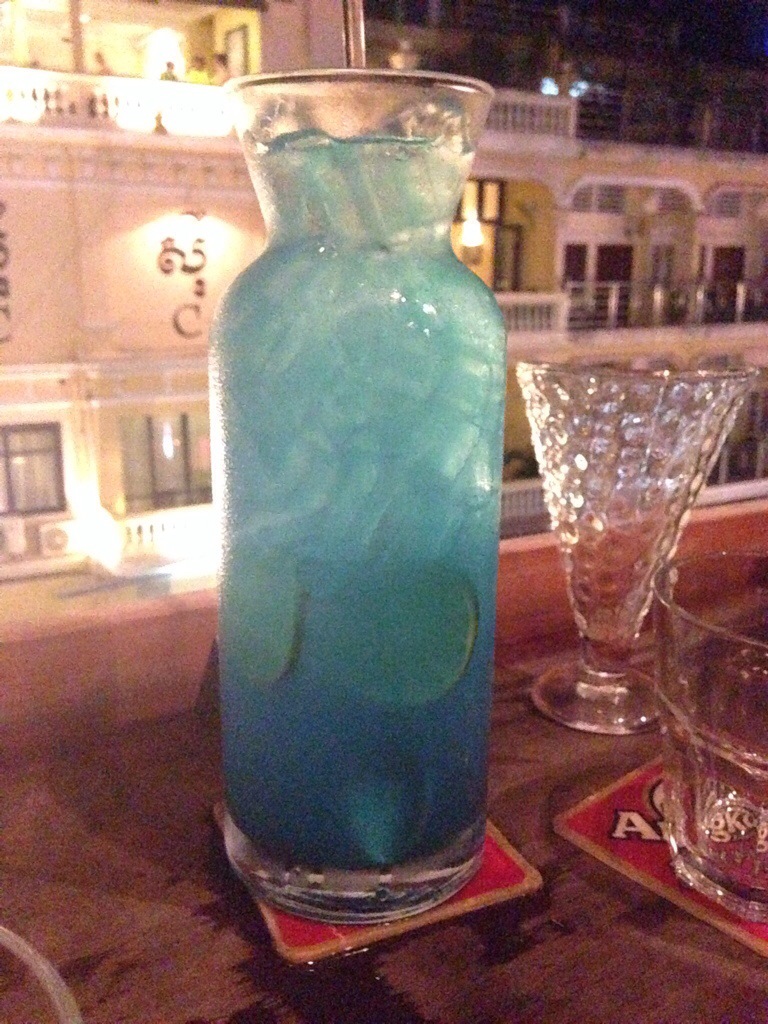 Overall we weren’t really sure what to make of Phnom Penh, our general inclination is to walk around any city we’re in, but the doorman at the hotel advised against this at night due to motorbike gangs who snatch your bag! There wasn’t much that we could say we really liked about the city but maybe if we’d given it more time and explored a bit more we might have changed our minds. In its colonial heyday, it was referred to as the Pearl of Asia, but we really struggled to imagine what it would have been like then.