It was a fairly short train ride to our next stop of Osaka. Osaka is Japan’s second city, and hence is very built up, merging with the neighbouring city of Kobe. Hotels seem to get booked up pretty quickly in Japan so we ended up staying a little bit away from the centre but our hotel ran a frequent shuttle to the station so it didn’t impact our stay too much.

We followed our standard model of heading out to the restaurant /bar area on our first night and as it was Saturday identified a pub to watch the football in. Prior to kick off though, we had a little wander and found a video game cafe where we played mario kart on a NES and Super Mario on the N64 (tricky in Japanese) whilst enjoying video game themed drinks such as Gin & Sonic (gin and tonic plus blue curaçao). We had a bit of a small world moment when it turned out the bargirl was from Purley and went to school at St. Phil’s.

The following day, we paid a visit to Osaka castle. Although it’s a reconstruction of one of the various forms of castle that once stood there, it’s an impressive building and houses a museum about the sites history, which we paid to enter although the best part was probably the view from the top of the building. 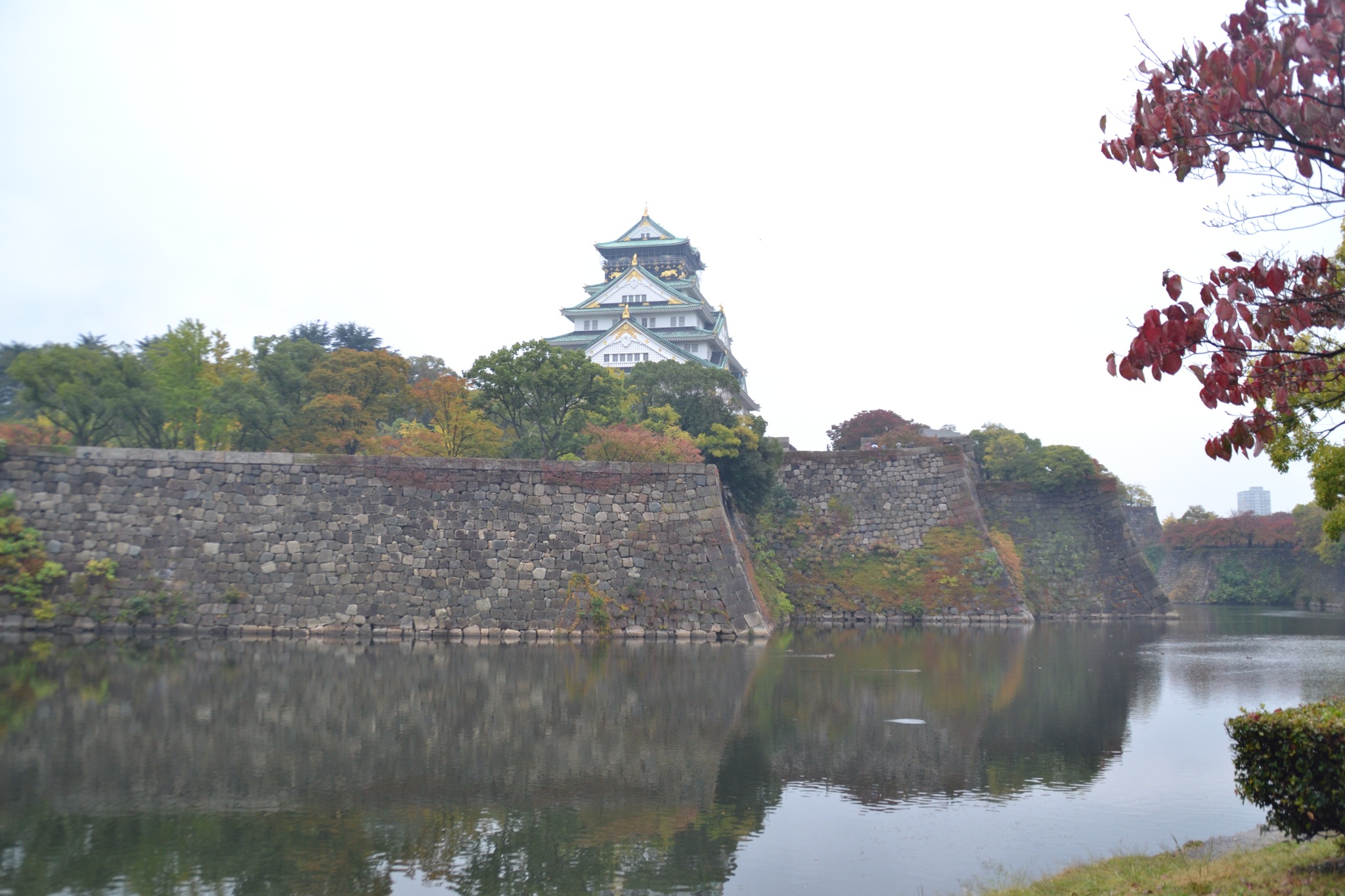 Top of my to-do list in Osaka was to eat okonomiyaki, the local speciality which is a kind of cabbage pancake. We picked a place called Yukari from the lonely planet, but were a bit worried when we entered and saw hot plates in the middle of the table that we’d have to cook it ourselves. Luckily the waitress came to the table to cook it. It started off not looking too appetising but turned out delicious and very filling – we didn’t need to order one each! 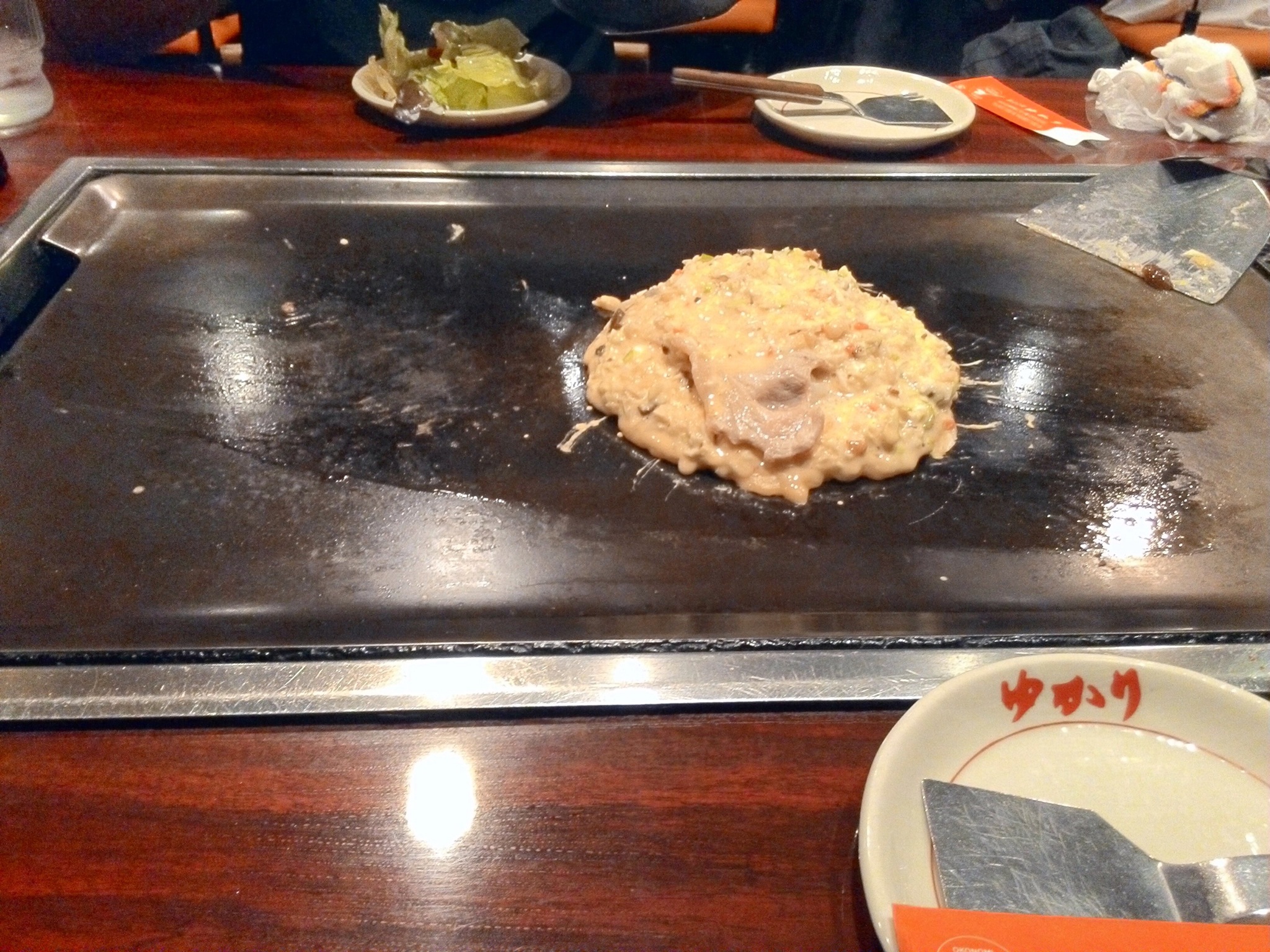 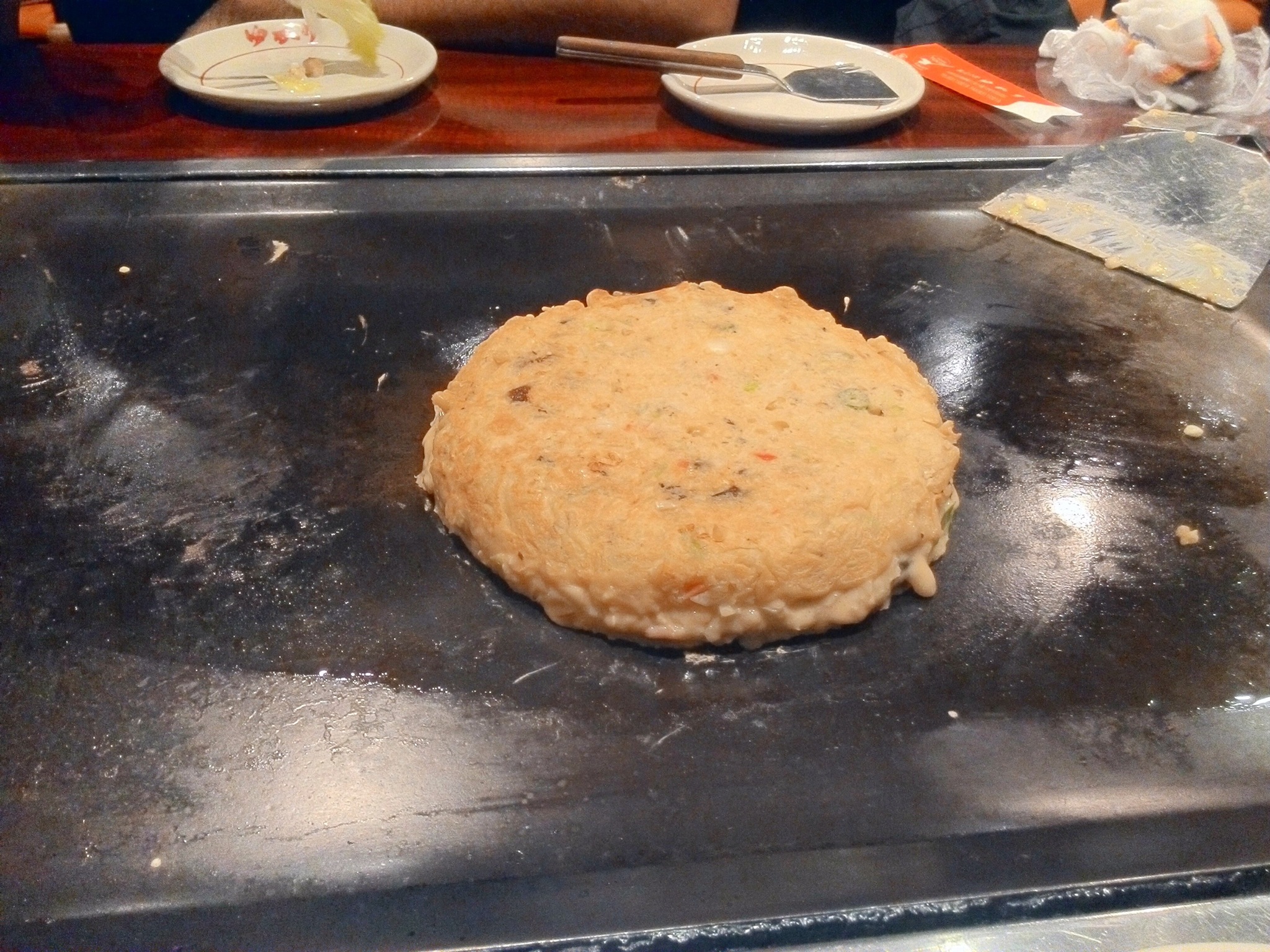 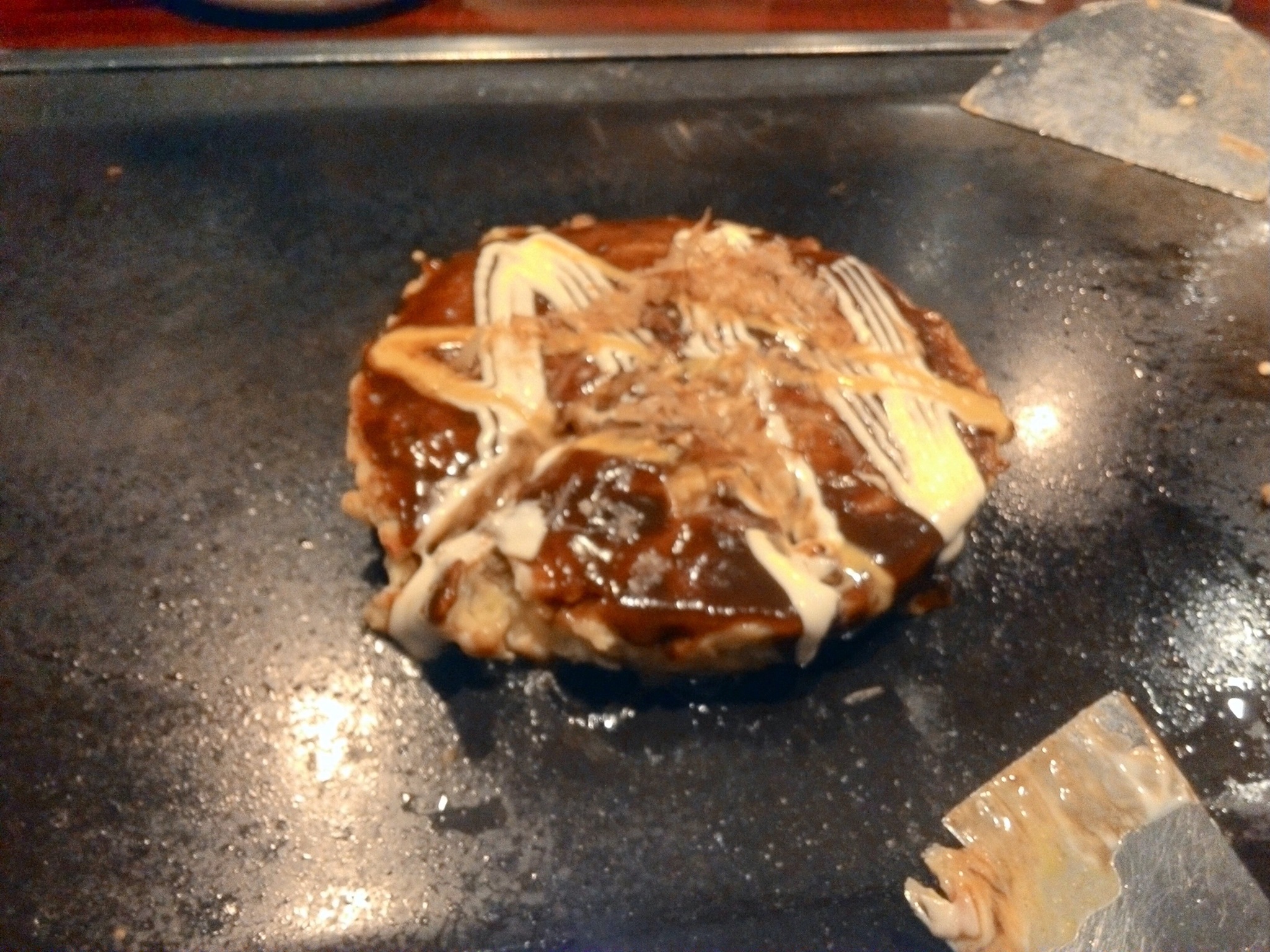 Near to Osaka station is the Umeda sky building, two towers with escalators at the top running between them. There’s an observation deck and after our daytrip to Nara (see separate post) we arrived at the perfect time to watch the sunset. From the top of these towers, you really got a feel for the scale of the Osaka/Kobe conurbation which seemed to only be limited in growth by the surrounding hills. At the base of the towers, a German Christmas market was being set up but unfortunately we were too early to enjoy bratwurst and gluwein. 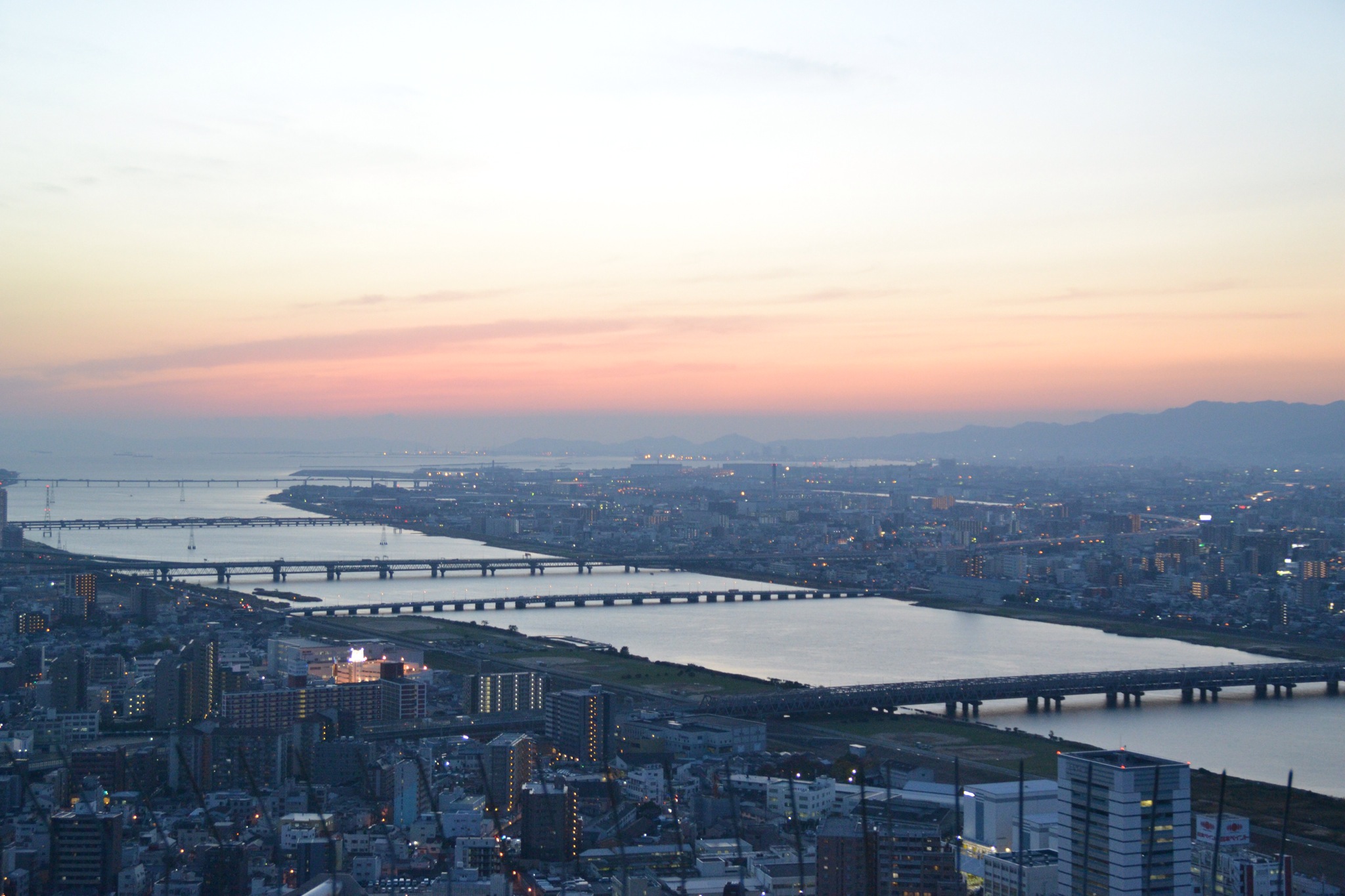 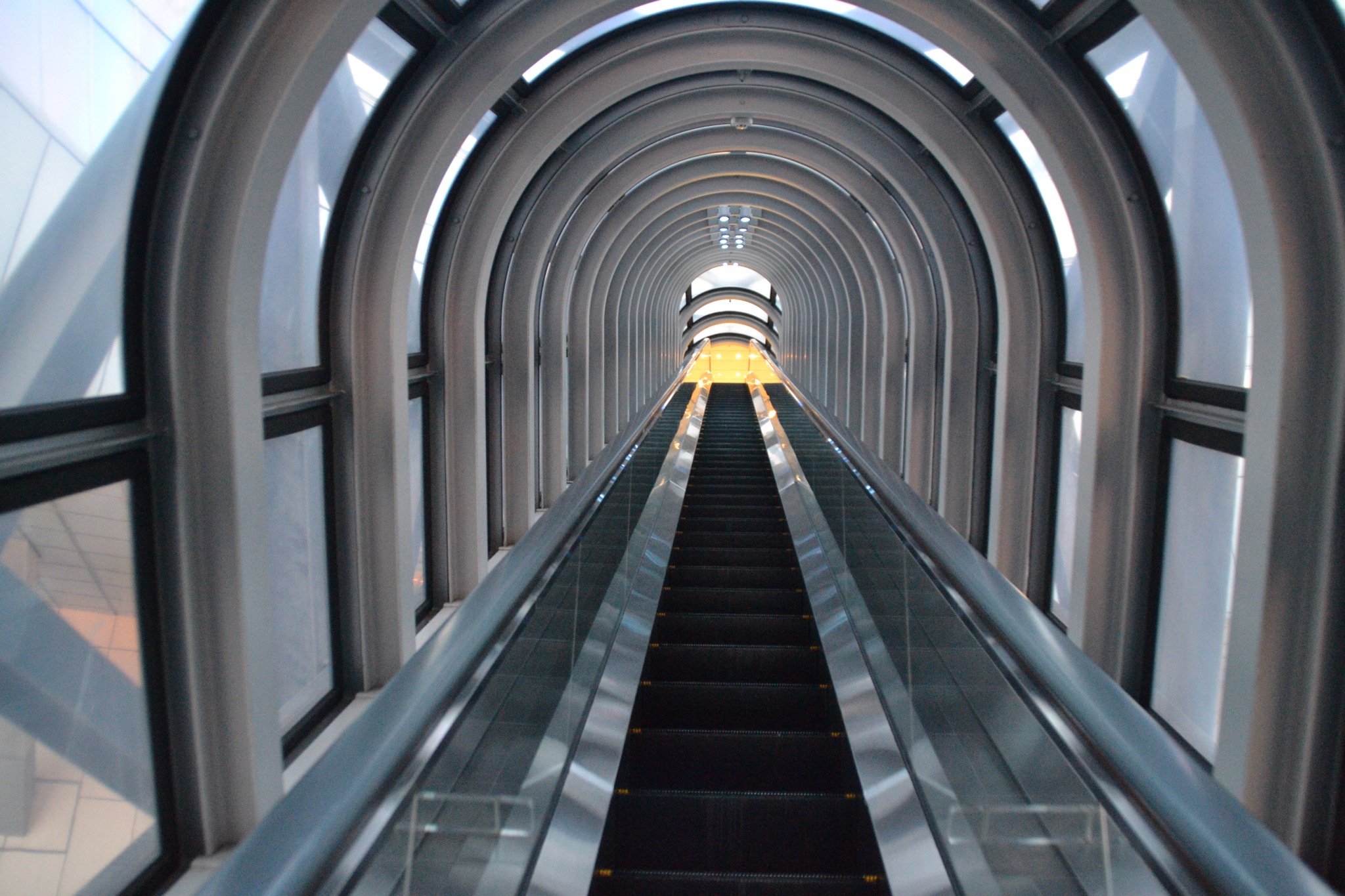 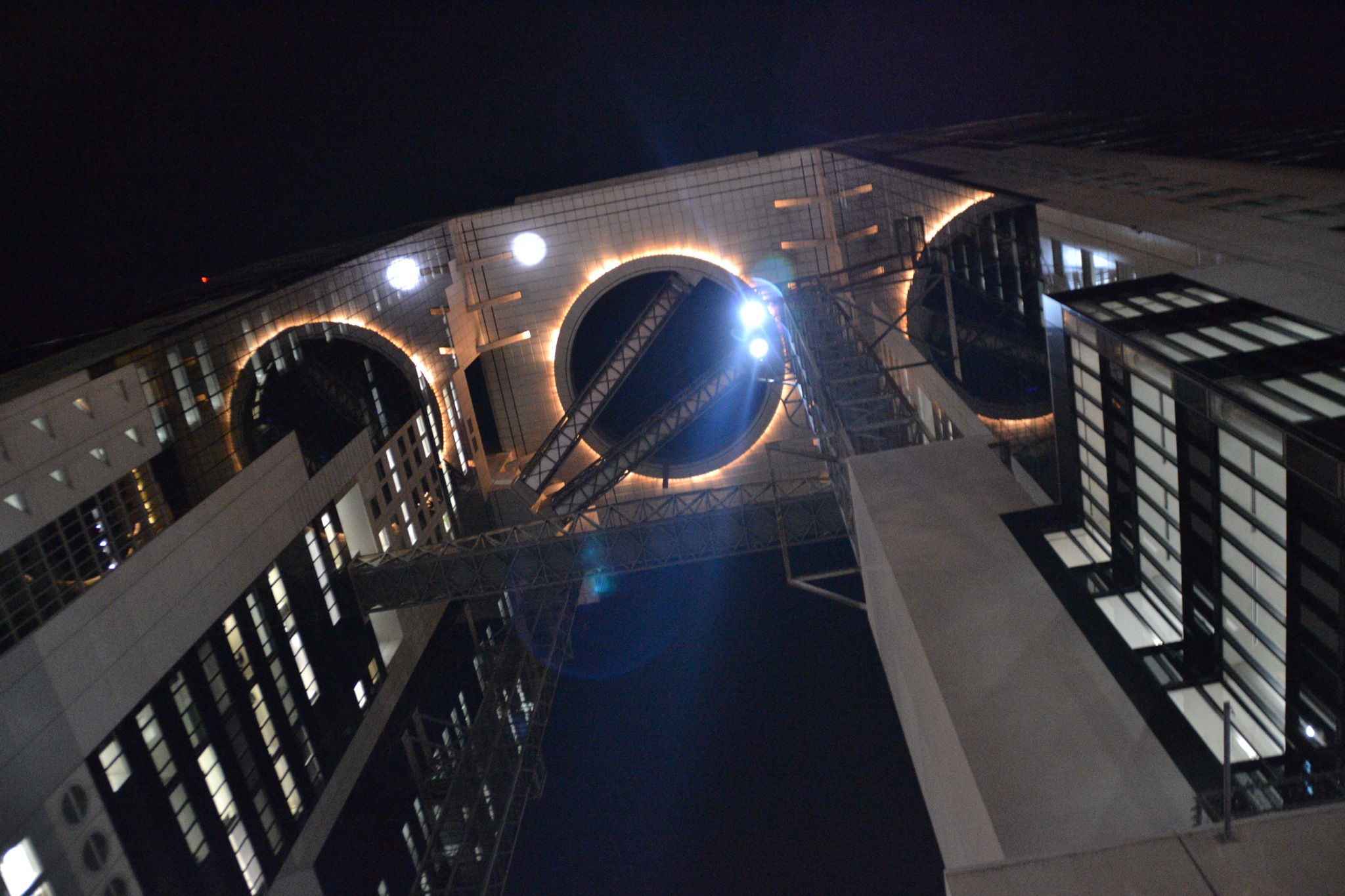 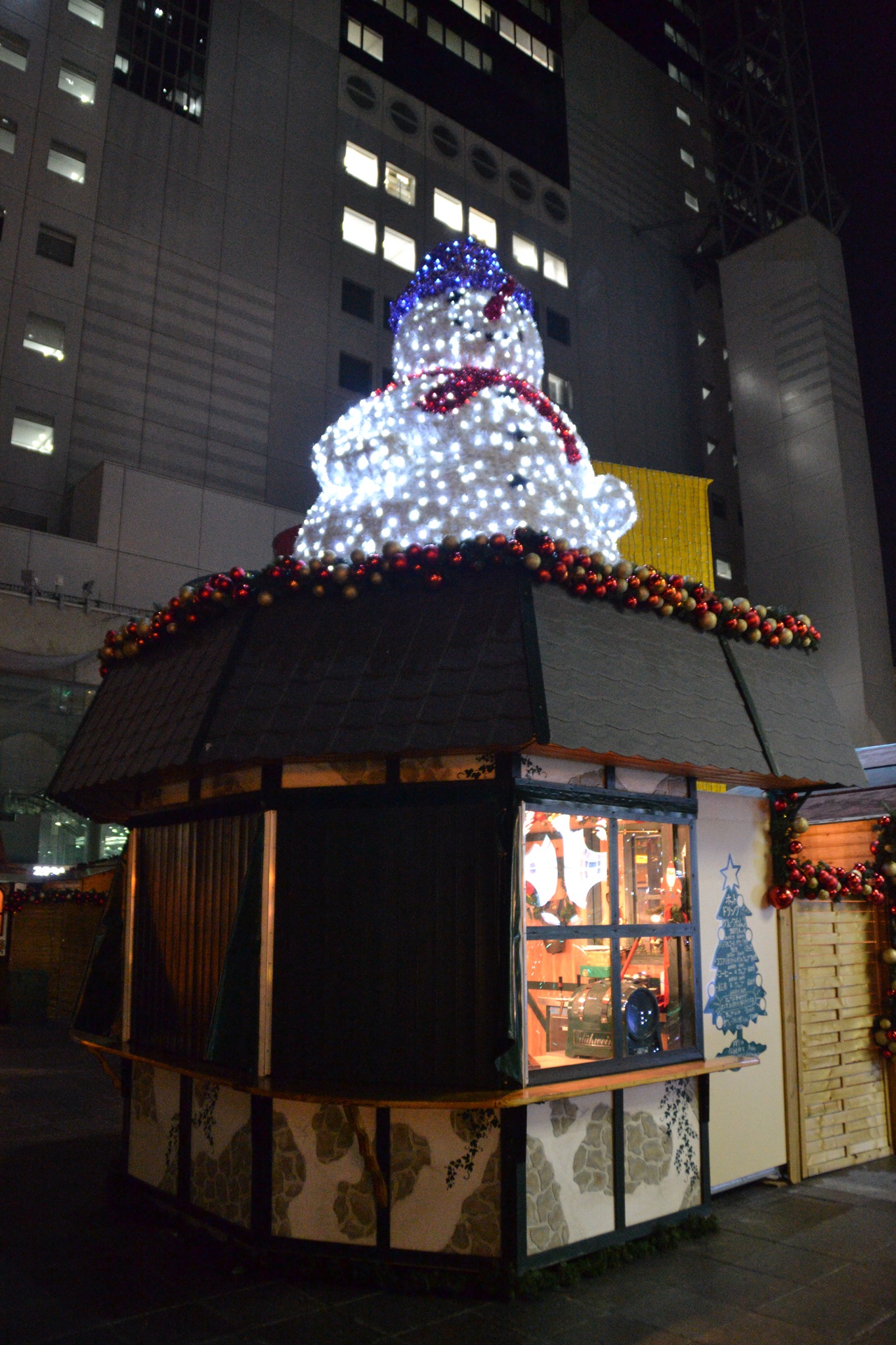 Before leaving Osaka, we spent the morning at the aquarium, a highlight in Osaka as it’s one of the largest in the world, so large in fact that they have a (fairly small) whale shark in their 8 storey deep central tank. I had mixed feelings about it – while the fish exhibits were impressive, they also had a number of mammals such as sloths and otters in displays that seemed too small and without much from the natural environments.

We had fun in Osaka, but there wasn’t too much that was special about the city. It is however a good place for exploring other places by day and having a good restaurant and bar scene to come back to in the evening. Oh and the okonomiyaki – probably worth visiting just for that.