The final stop on on our trip was a city we’d been meaning to visit but hadn’t made it to yet. It was the perfect place to get us in the mood for Christmas, do some Christmas shopping and adjust to cooler climes. We stayed at the Citizen M hotel near Times Square. We’d heard of Citizen M, a Dutch chain, as we used to cycle past their Amsterdam hotel everyday back in Holland. The rooms were compact but well laid out, making it more affordable than other places in the area. The hotel also had a young vibe to it and a very nice rooftop bar only for guests.

The hotel was about 1km from Central Park, so on our first day we took a walk to and through the park towards the Natural History museum which is one of the best museums in the city. It wasn’t quite as good as the London one (and a lot pricier) but still good enough to keep us entertained for a good few hours. We saw the dinosaurs, the volcano exhibit and a planetarium show about dark matter. They have some pretty special items in the museum, including Lonely George, the last of the Galapagos tortoise species who died in 2012. 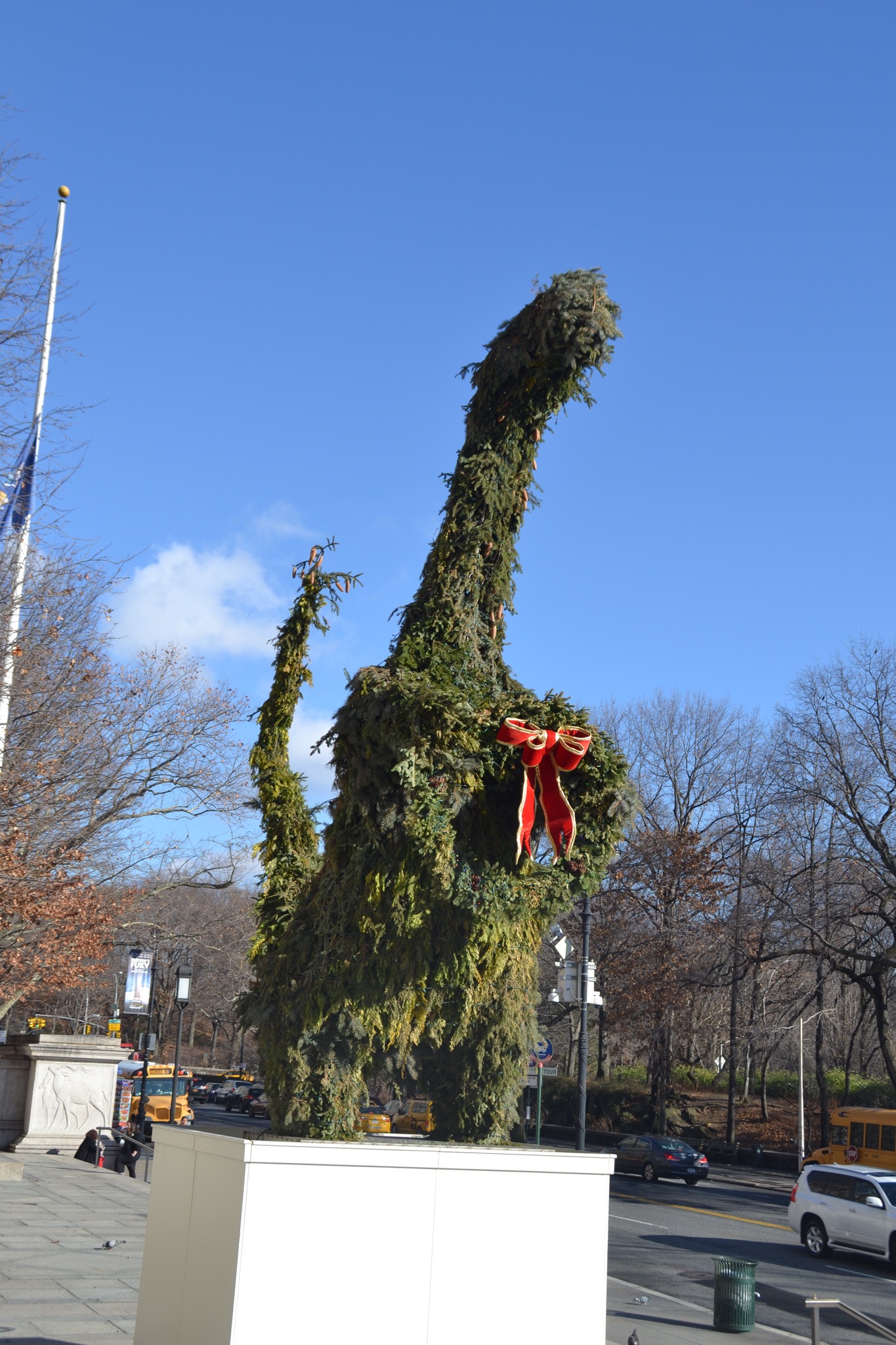 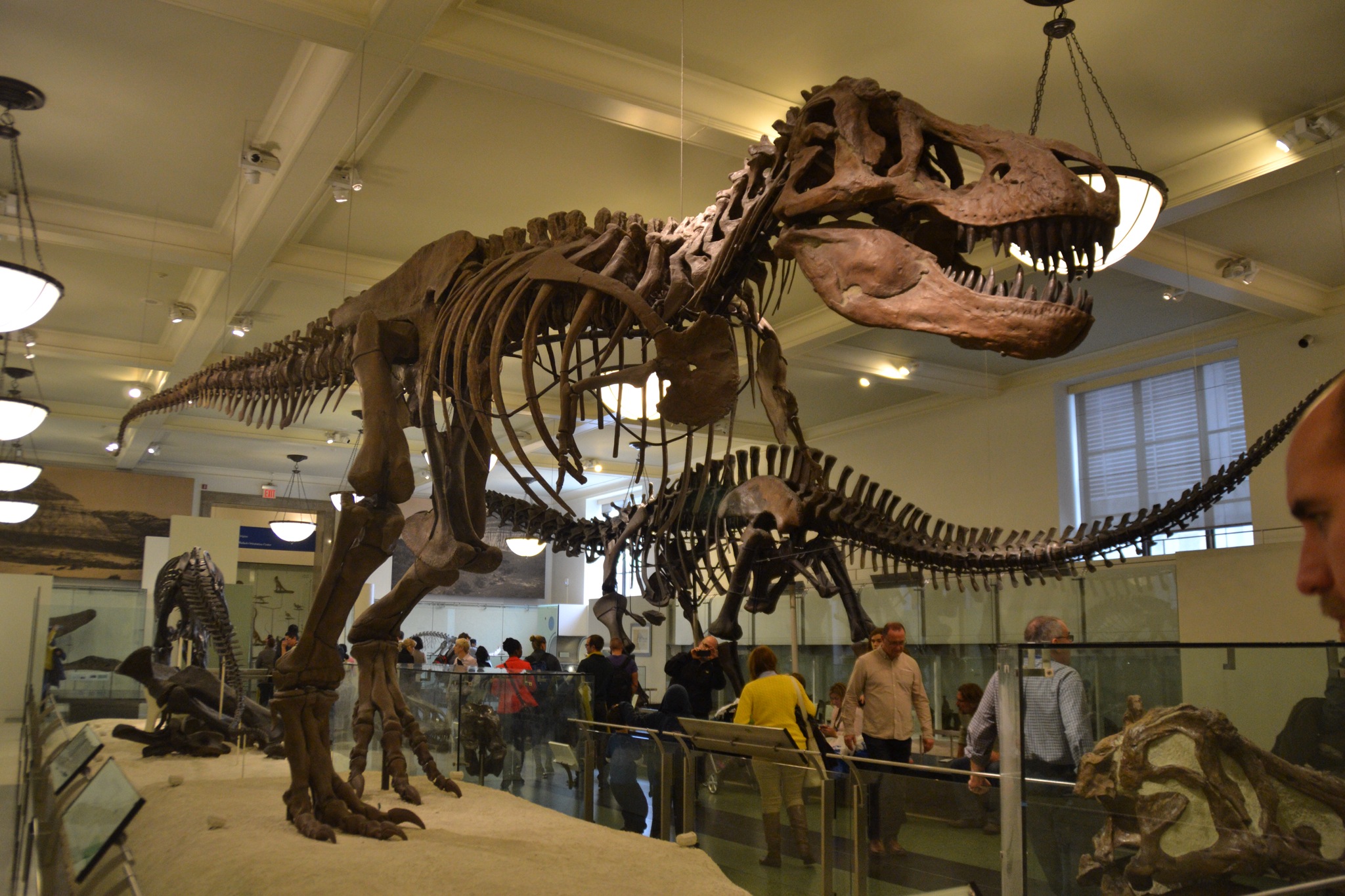 After the museum, we spent some more time exploring the park. It was full of squirrels digging up the nuts they’d hidden earlier in the year and they were pretty entertaining to watch. The park is huge, so we only saw a fraction of it on our walk. 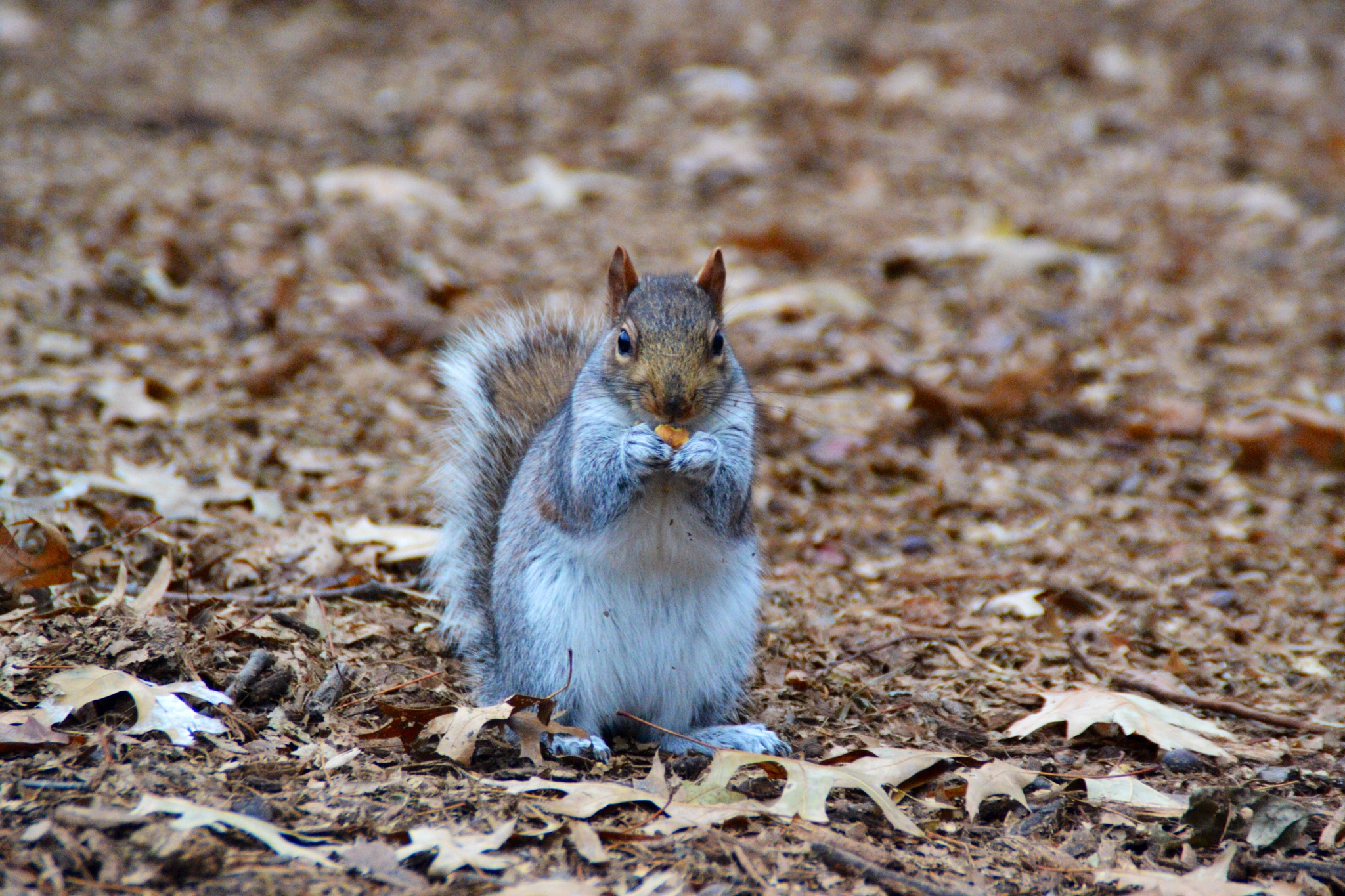 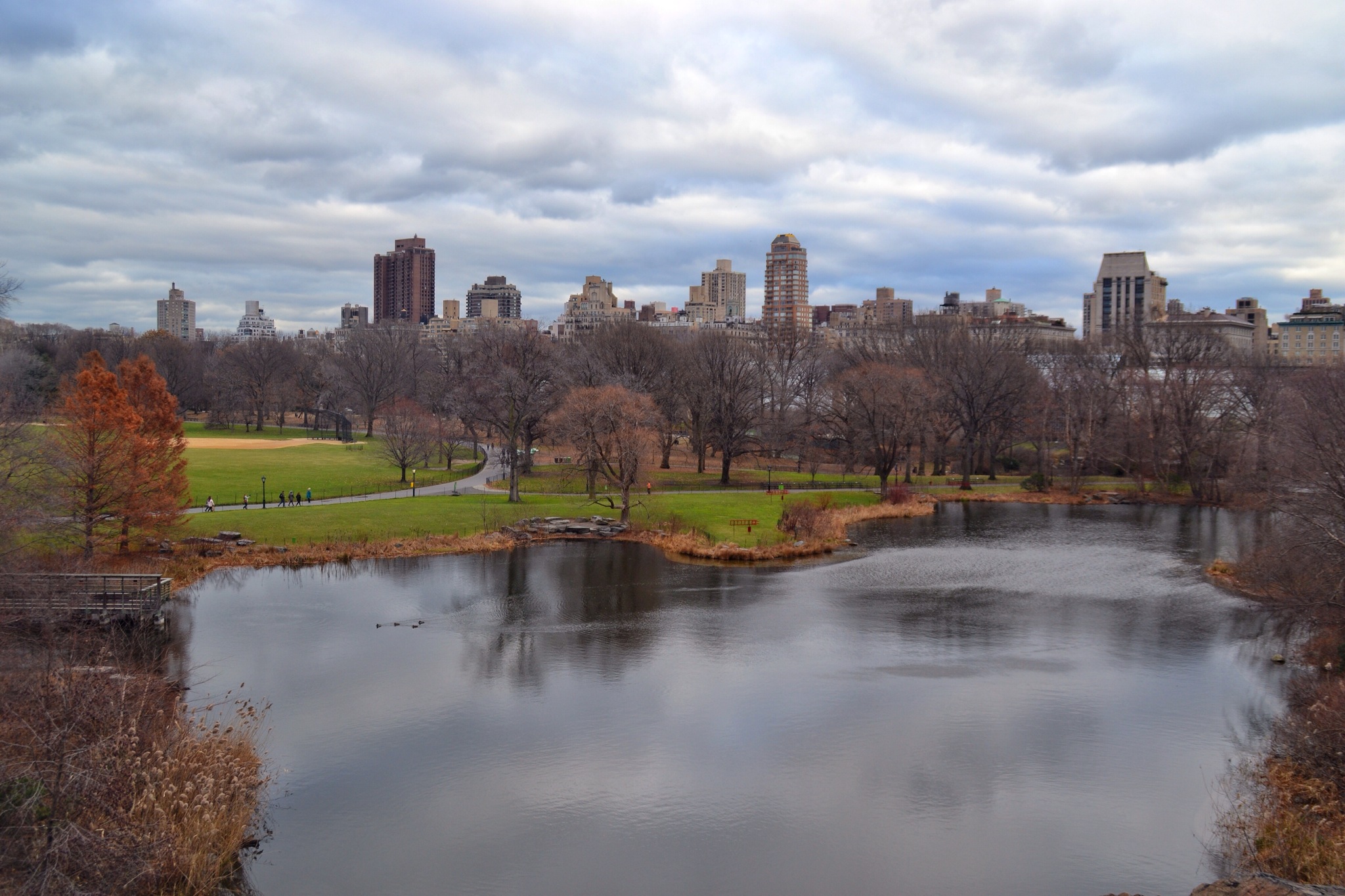 In the evening we had reservations at 11 Madison Park Ave, a restaurant which is meant to be in the top ten in the world. The food was really good, but as we’ve been to one of the others on the same list, it didn’t quite live up to our high expectations! The menu was very New York focused with dishes including a posh take on a deli sandwich and pretzels. They also used some interesting cooking styles such as cooking an artichoke in a pigs bladder! After dinner we headed to a couple of nearby bars for cocktails. 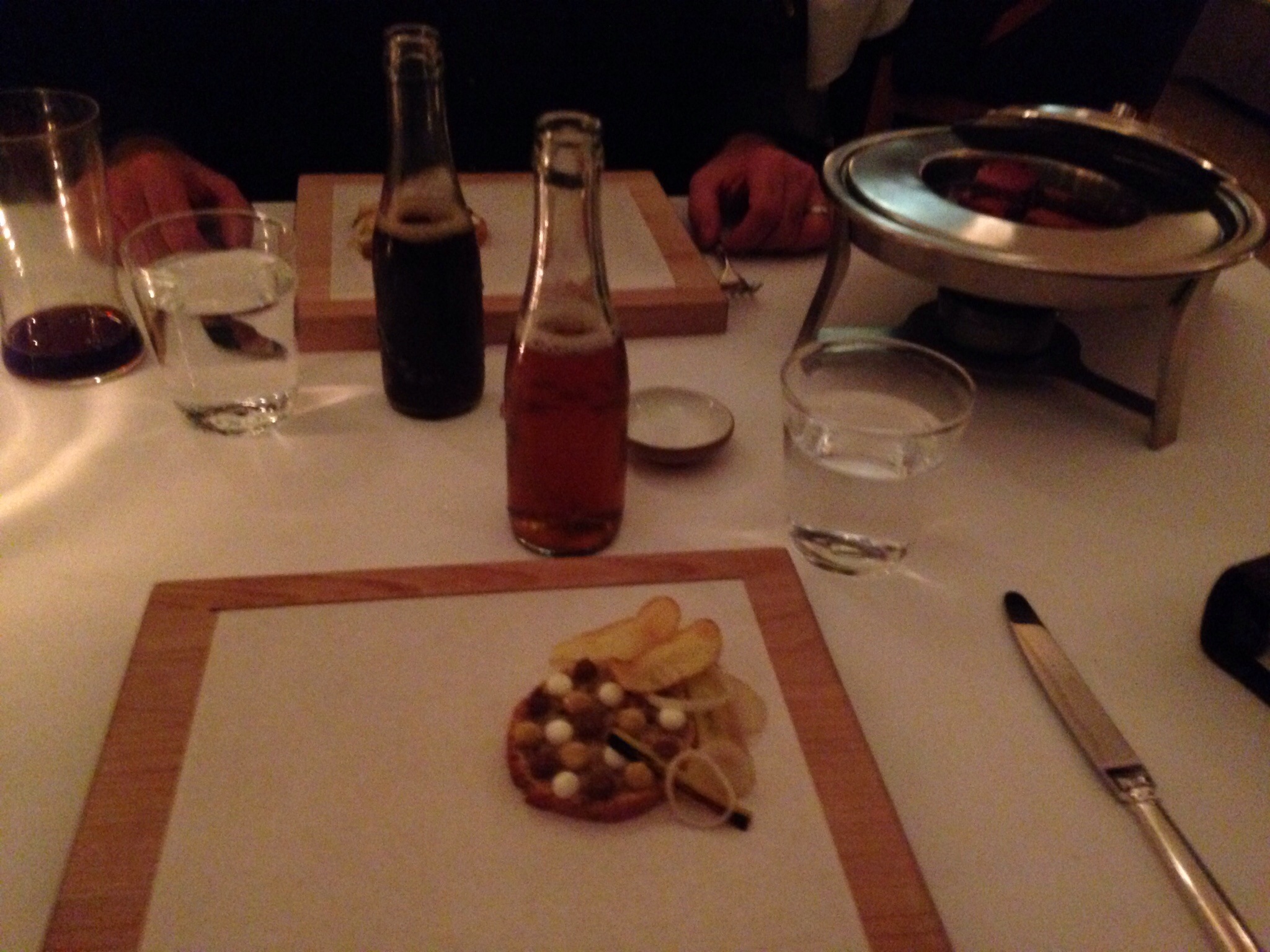 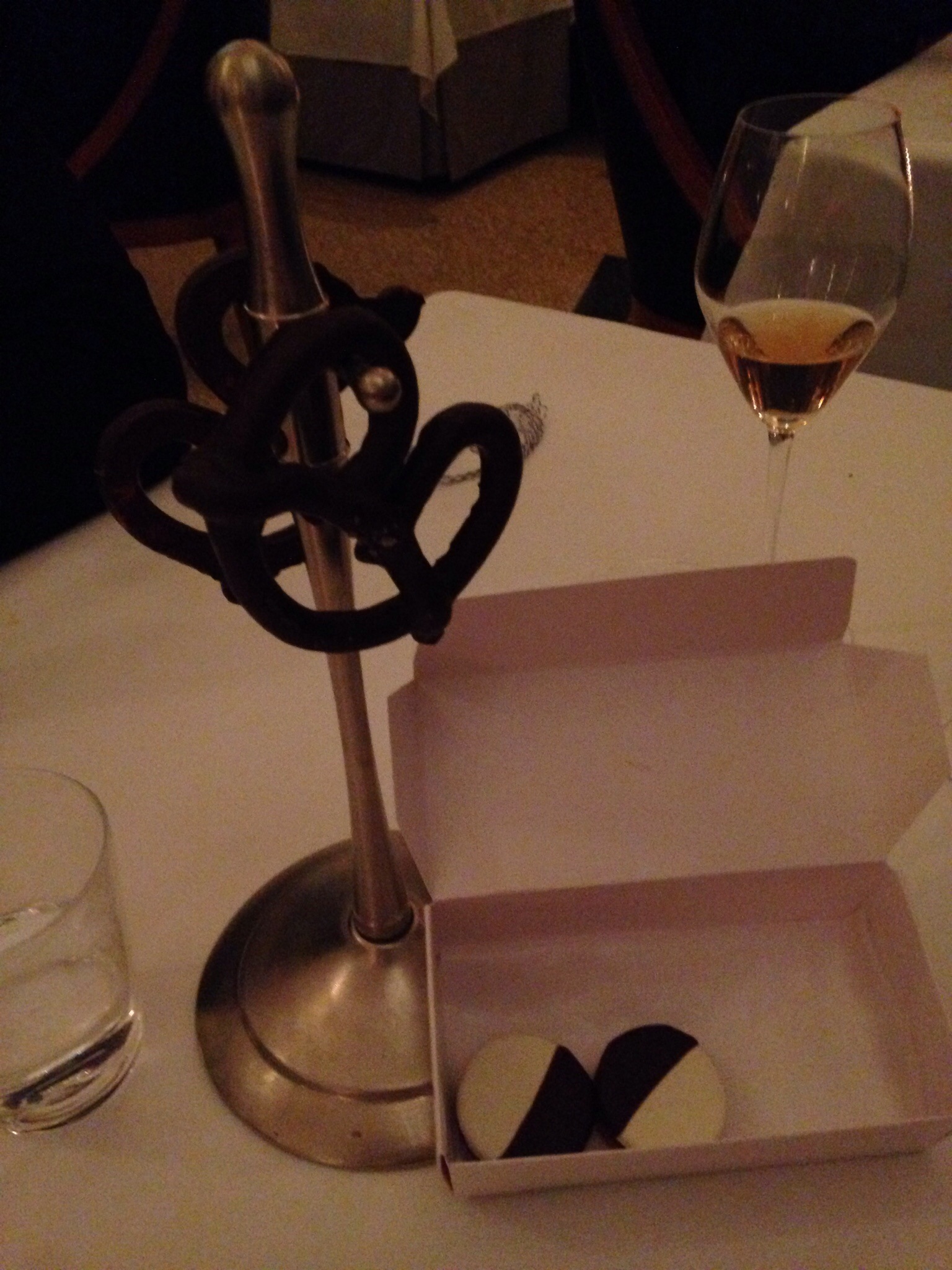 The following day, we headed to Lower Manhattan and the financial district where we saw the September 11 memorial pools alongside the new One World trade centre building. Although the new building is complete, the observatory doesn’t open until next year so we couldn’t go inside. We then wandered through the area, past the New York stock exchange and Wall Street. 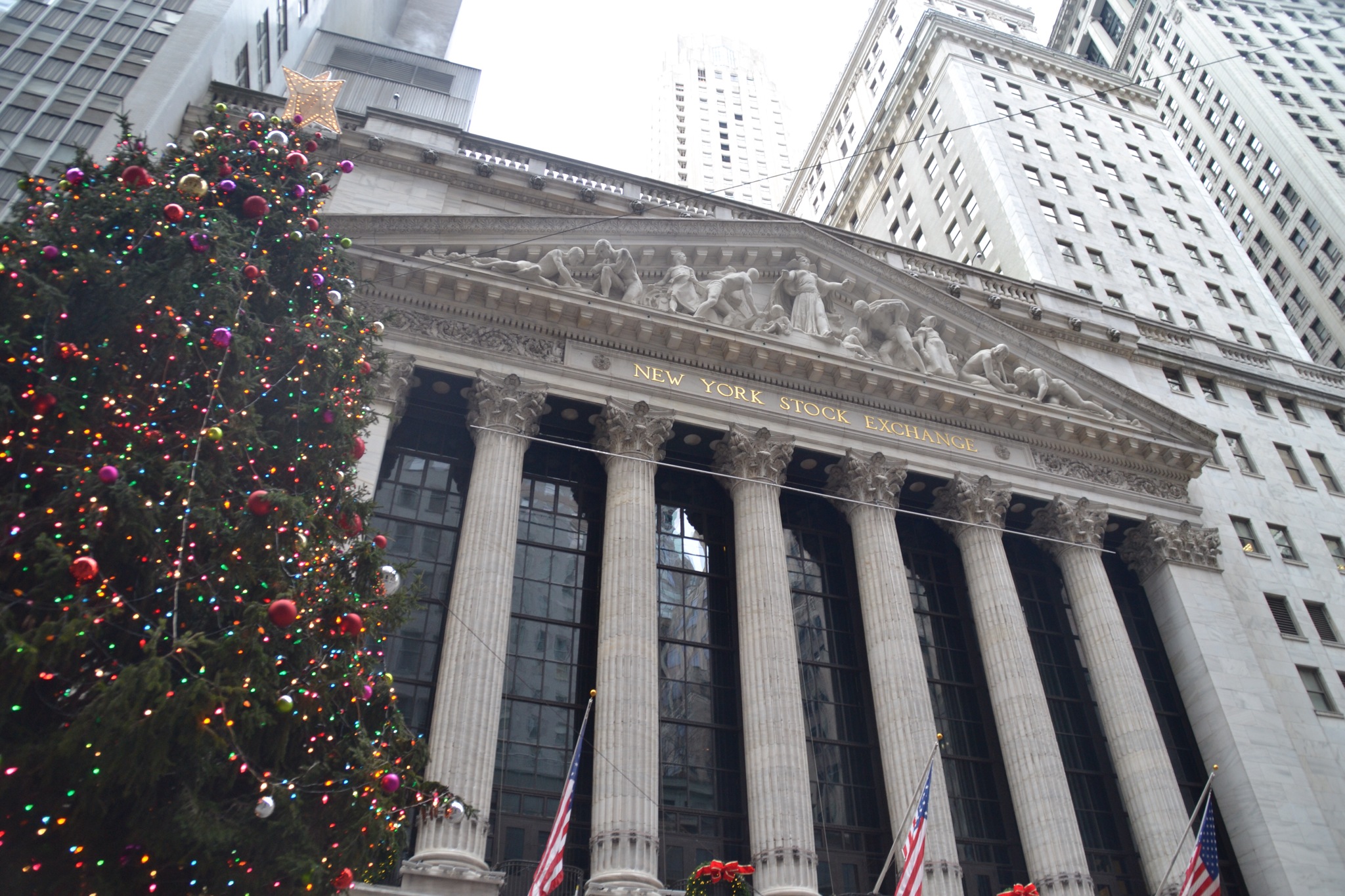 From lower Manhattan you can kind of see the Statue of Liberty but it’s a lot smaller than we expected. We wanted to get a closer look, but rather than pay for a tour, we had been recommended to take the Staten Island ferry. This is a free service which takes about 30 minutes and gives great views of Manhattan and the Statue of Liberty. Once on the other side, rather than going straight back on the same boat, we took a wander along the promenade for some more views and to see the Staten Island 9/11 memorial. 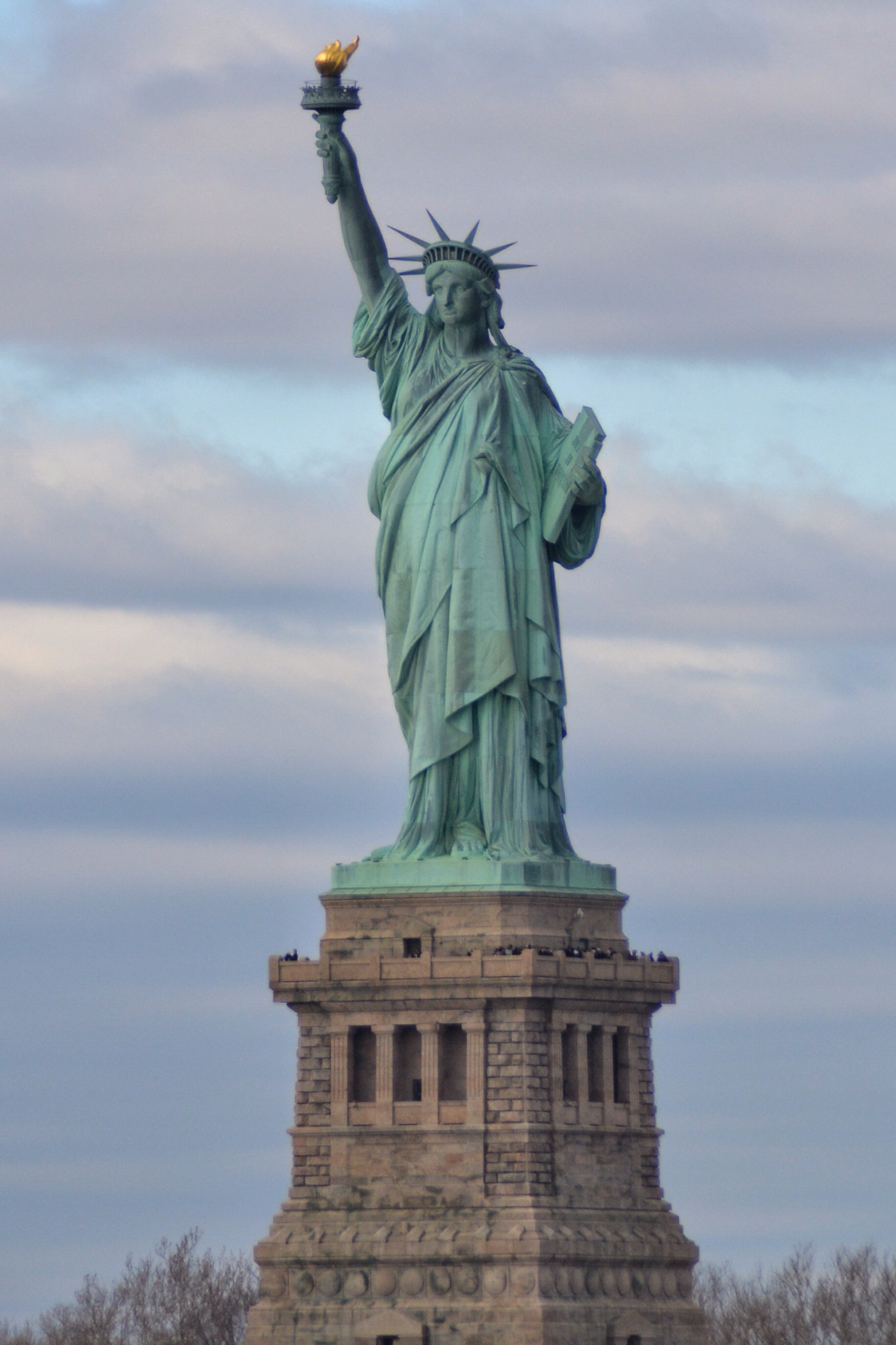 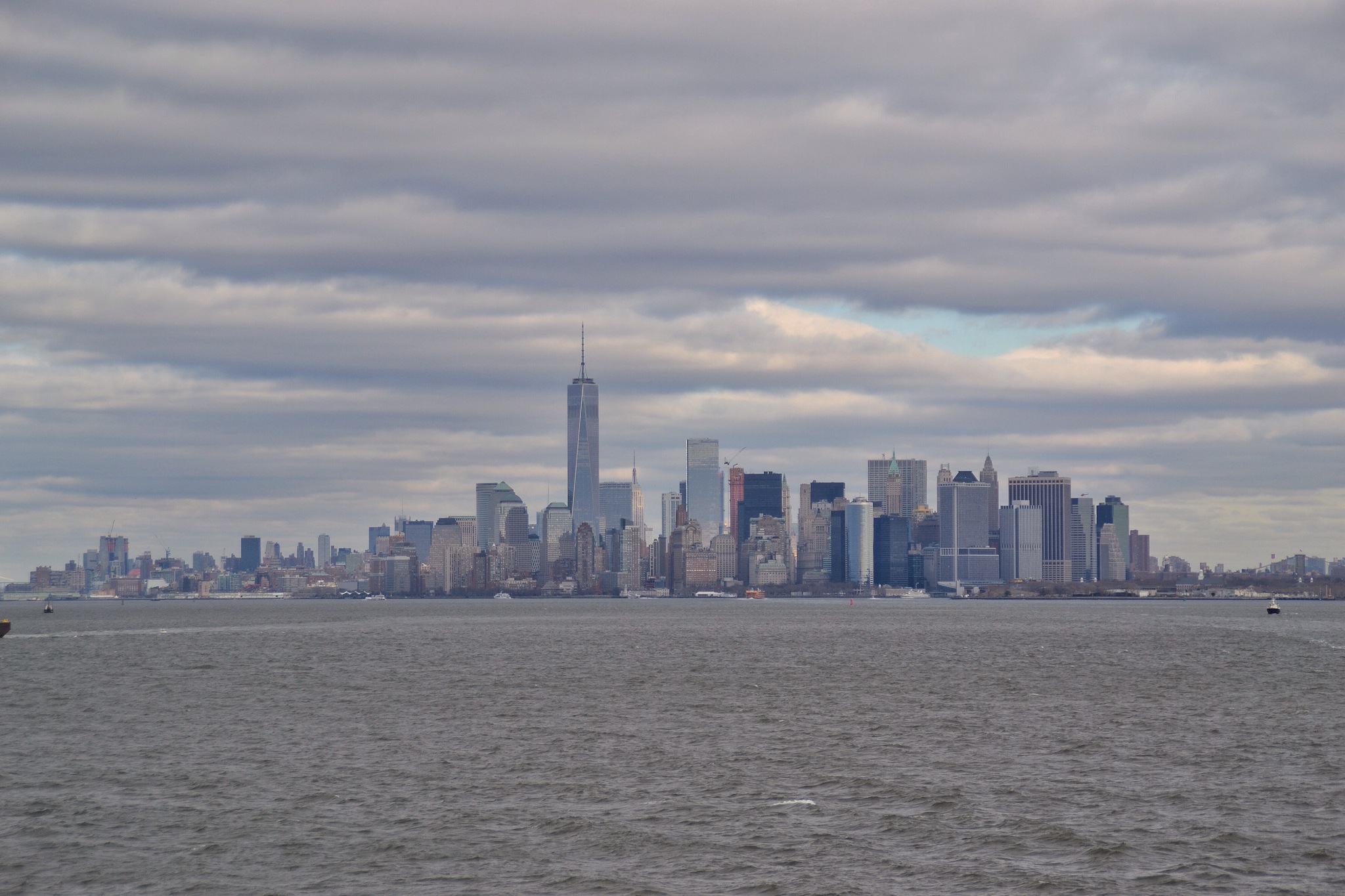 Back on the Manhattan side, we took a wander along Brooklyn Bridge before heading back to the hotel pretty tired from all the walking! 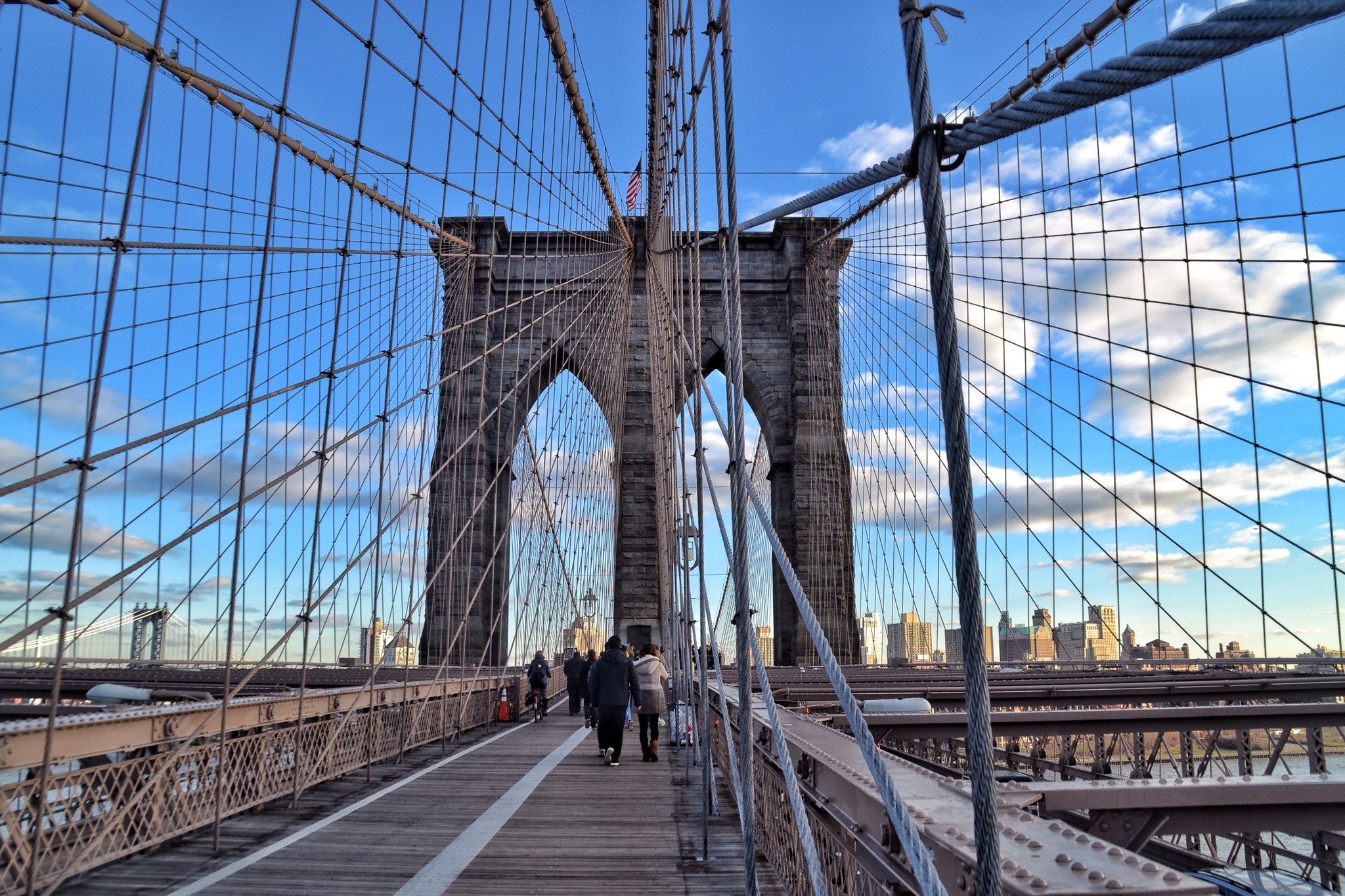 On the Friday we braved the crowds and headed to New York’s famous department stores and Fifth avenue to do some Christmas shopping. I had my makeup done at Bobbi Brown in Saks Fifth Avenue and we also went to Macy’s and Bloomingdales. The most famous toyshop in New York is FAO Schwarz but we were pretty disappointed with it as it was in a modern building and we were hoping for something much grander like Hamleys! Of course no wintertime visit to New York would be complete without seeing the Christmas tree at the Rockefeller centre and the ice skating rink. The skating rink was a lot smaller than I expected and also a lot busier so we gave skating a miss. 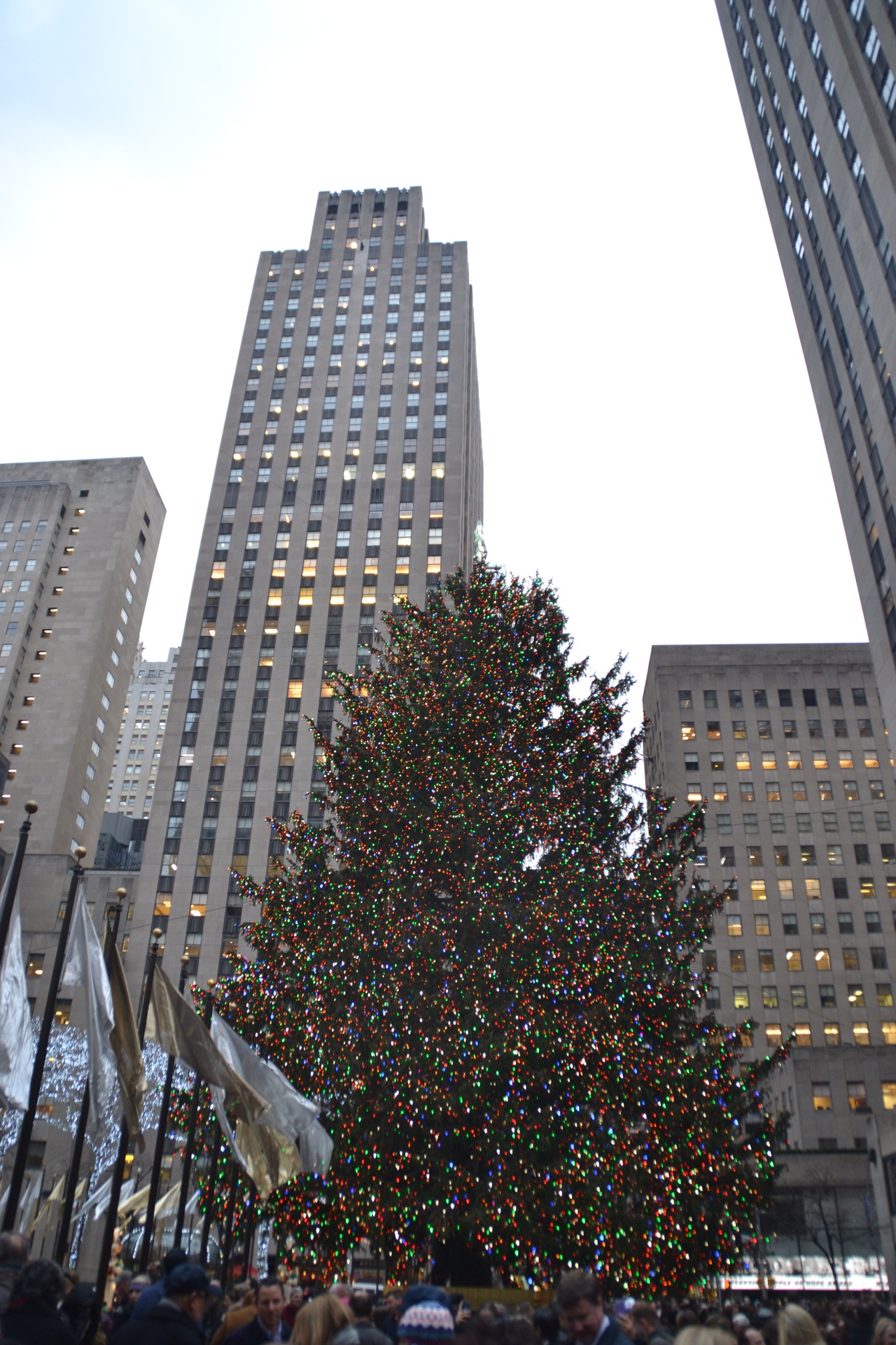 On Saturday, we headed towards the High Line, an elevated disused railway track between the Chelsea and meat packing districts, which has been transformed into an elevated park. Winter probably wasn’t the best time to visit as some of the plants were looking a bit dead but it still gave a different view of the city and seemed like a great use for the old line. We spent the afternoon exploring the area, popping into a few beer bars along the way. In the evening we went for some New York pizza which was pretty good but then again, it’s hard to get pizza too wrong! 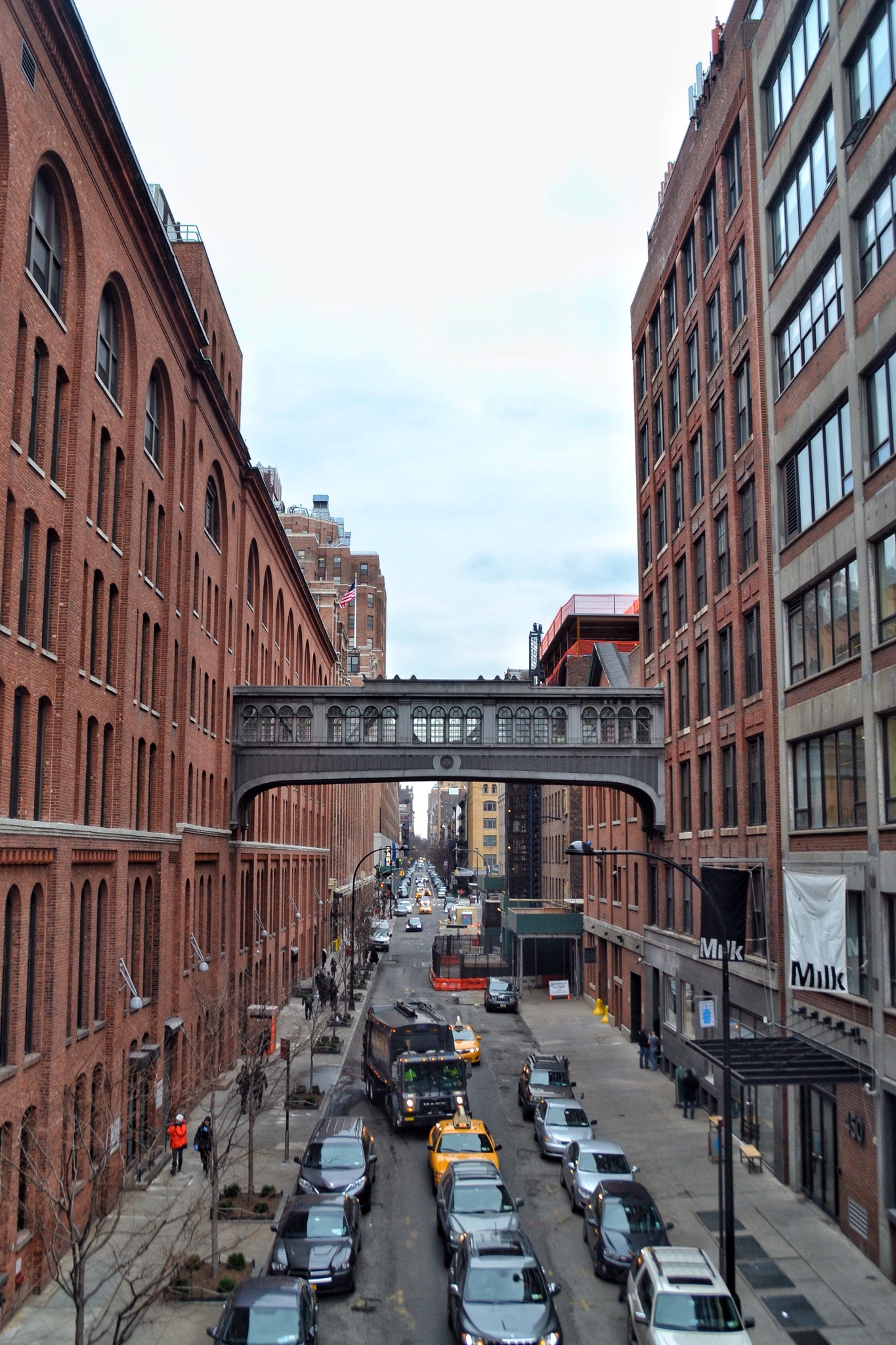 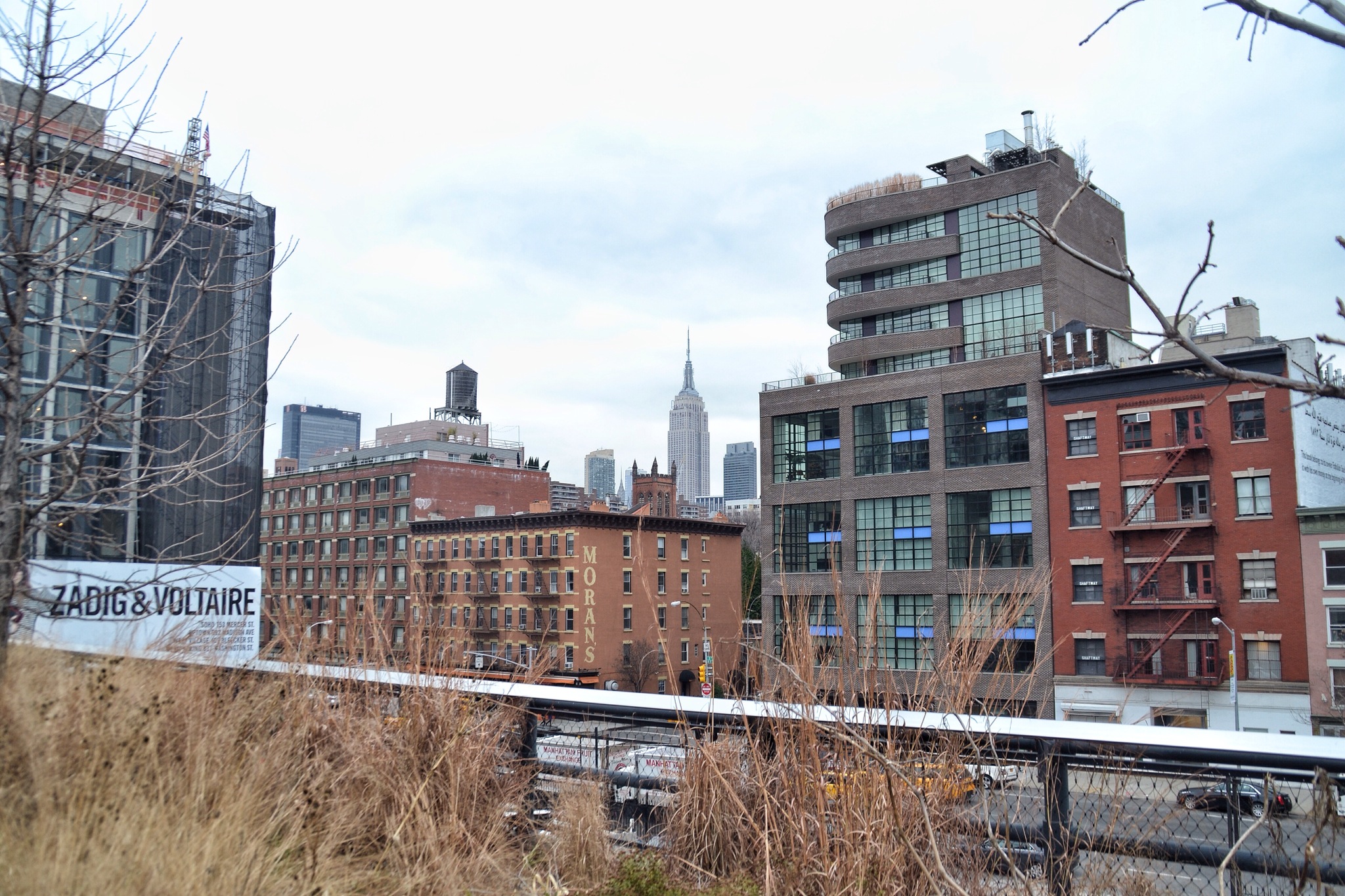 New York’s most famous skyscraper is of course the Empire State Building. While you can go up to the observation deck, we decided instead to visit the observatory at the top of the Rockefeller centre which would give us a view of the skyline including the Empire State Building. It was a great view, with the skyscrapers on one side and the park on the other. It was nice that at the top floor, there was no glass so taking pictures was better than at other tall buildings we’ve visited. 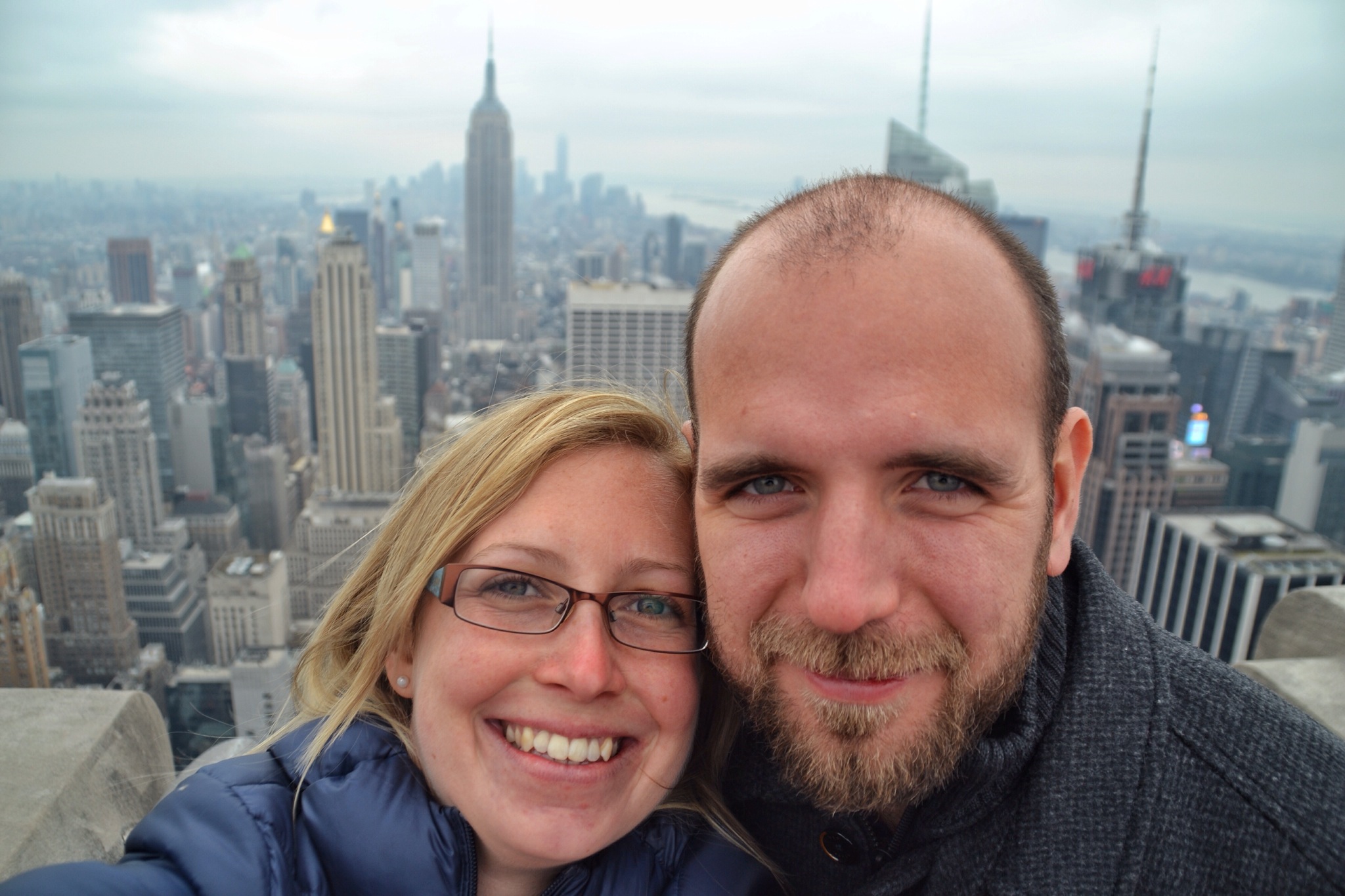 On our final day as our flight wasn’t until the evening we used the time to visit one more museum, the Metropolitan Museum of art. We only visited a couple of galleries as it’s a huge place, the European paintings and the Egyptian art, as recommended by our guidebook. In the European gallery, they had quite a lot of important paintings by Vermeer and Rembrandt and in the Egyptian gallery, they had a temple and a tomb that had actually been shipped over and reassembled from Egypt so it was definitely an impressive museum in both scale and collection.

We both really enjoyed New York. For me it had a very similar feel to London which is still my favourite city in the world. Visiting just before Christmas certainly had a special feel, but also came with the disadvantage that the streets were packed so walking anywhere was a bit of a pain, especially with the traffic lights every block. There’s still a number of areas we didn’t get to explore so we definitely plan to go back again, probably when the weather is a bit warmer. It was a great place to finish our trip just before Christmas after nearly 6 months!

While New York was the last destination on our trip, I plan to keep the blog as a little project for developing some different techie skills and keeping a record of the places we visit in the future. Hopefully some of you will continue to read it.