I’ve been travelling round with a digital SLR for the last few years. While I know the technical side of how the camera works, sometimes I feel like I’m not really getting the most out of my camera. I’d heard about photo walks in the past and decided that while in New York, taking part in a photo walk would be a great opportunity to pick up some tips and come home with some great photos from our trip. I took a look online and found Citifari who offer a number of different walks including New York by night.

After work one evening, I headed over to our meeting point close to the UN building and met my guide Gildo. It turned out that I was the only one booked onto the tour and so it would be a private photo safari! This was great as it meant it could really be tailored to what I was after. I told Gildo that as I was in town for 6 weeks, I’d had plenty of time to walk around and see the sights and that I was more interested in getting some tips for how to compose interesting photos. As a New York native, Gildo was also able to offer lots of little facts along the way about some of the buildings or pointed out his favourite spots.

The first shot we took was of the top of the Chrysler building and Gildo showed me how moving the camera while taking the photo could create a pretty cool effect. Normally this is something you want to avoid but it was interesting to see how it could be used to add an artistic twist to pictures. Apparently the cover of Conde Nast Traveller magazine recently featured a front cover image in a similar style. 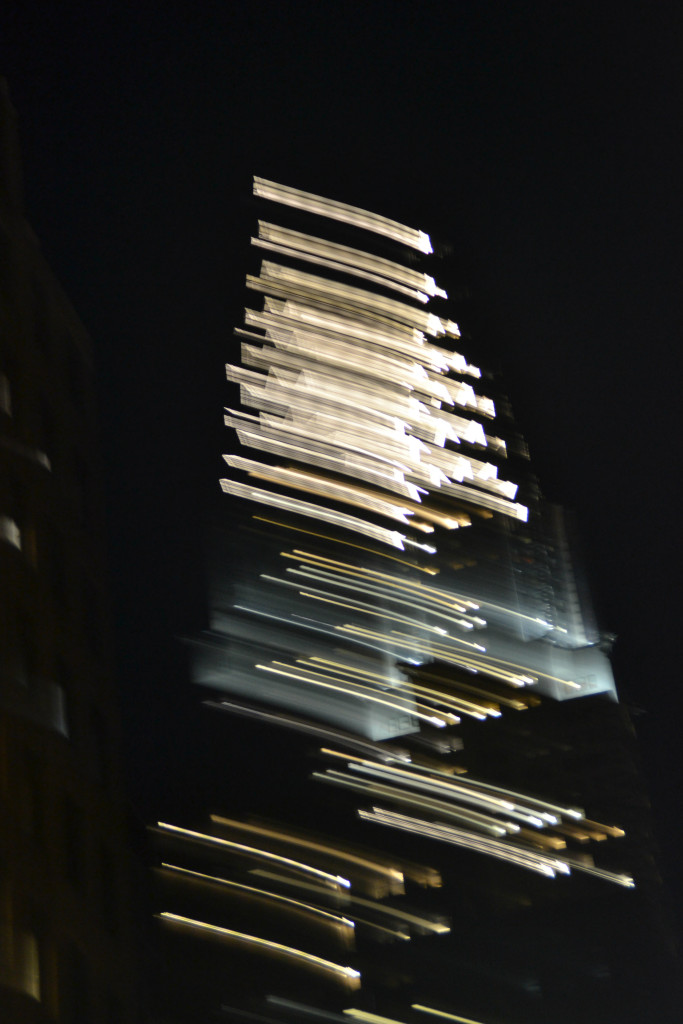 We then set up the tripod in front of the UN building where the aim was to frame the building in the centre of the picture. It turns out I wasn’t very good at this as my glasses made it really hard to get close to the view finder when the camera was on the tripod! Once we’d taken a few standard pictures we started to get arty and zoomed in while taking the picture which created some really cool light trails. 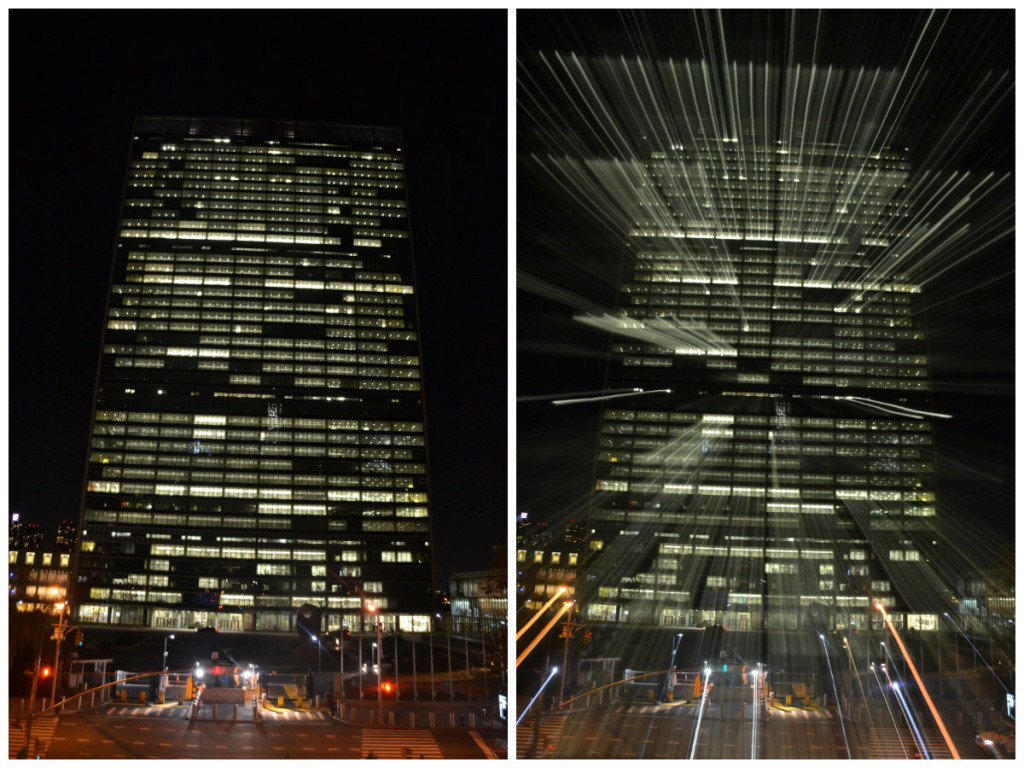 A style of shot that I’ve seen lots of examples of is light writing, and this was next on the agenda. With the camera set up on the tripod and a shutter speed of 13 seconds, Gildo took his phone torch and wrote I “heart” NY. As he was wearing dark clothes and moving, he didn’t register in the photo, with only the message visible. A fun trick I’ll be trying again! 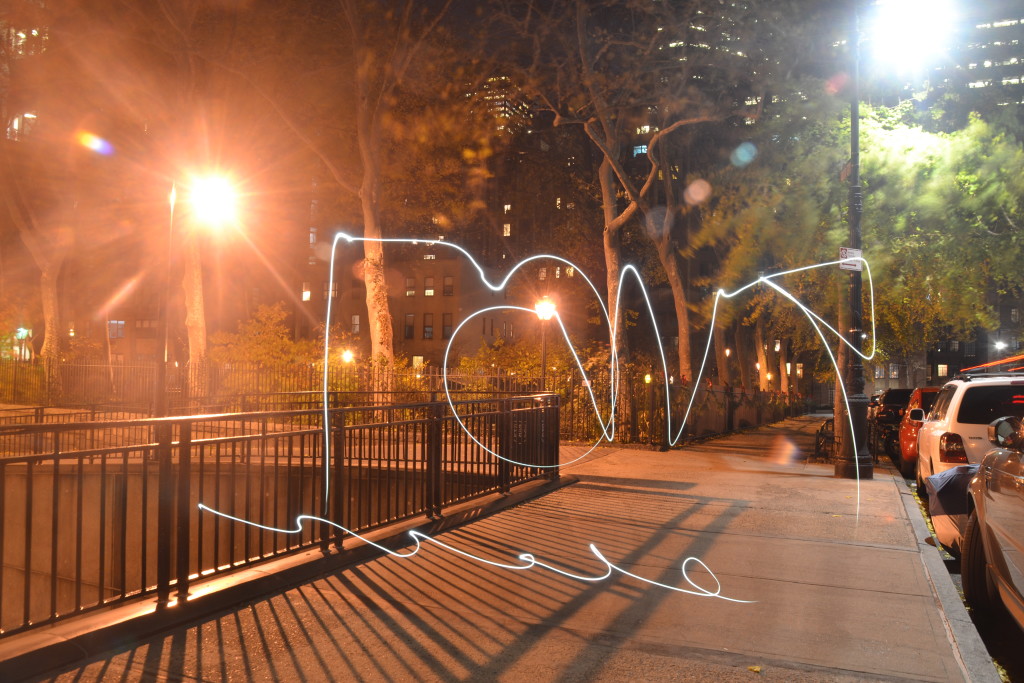 We then took what I would call a classic nighttime shot, a long exposure with light trails from cars, and then the same shot with a twist, playing with the zoom on the camera to create light trails from the static buildings. 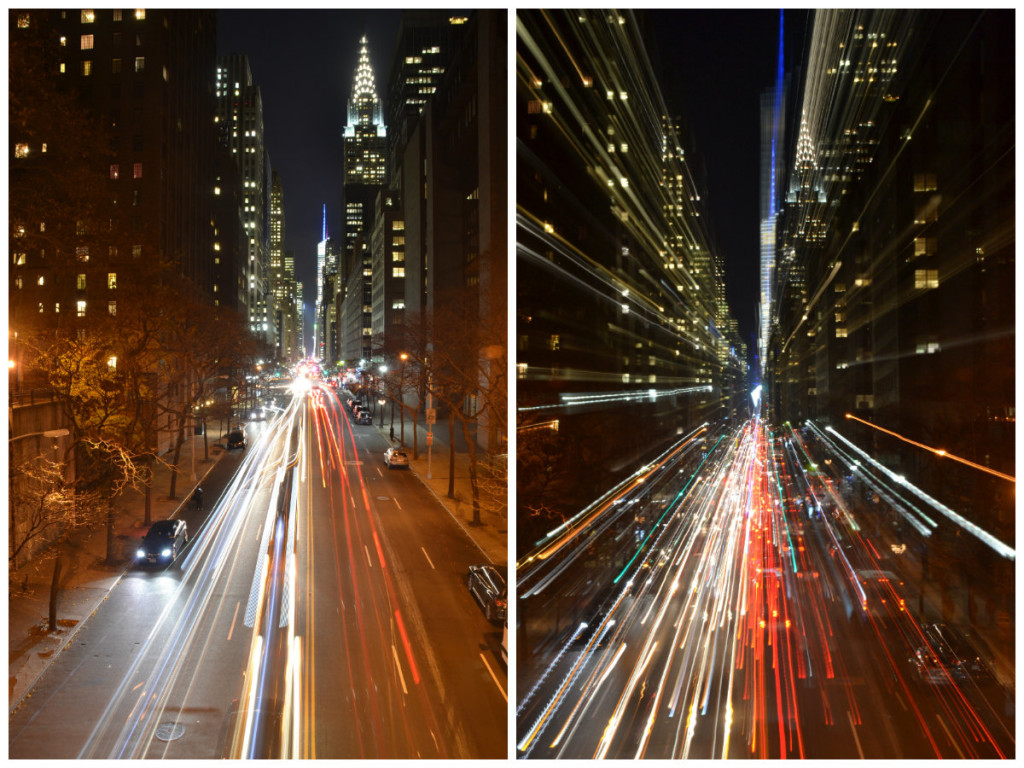 The hardest shot of the evening was taking a panning shot of a classic NY yellow taxi. Not only was it challenging to get the speed of the motion and timing correct, I also had to be aware of the traffic coming from my right so that I could be ready for the next cab. 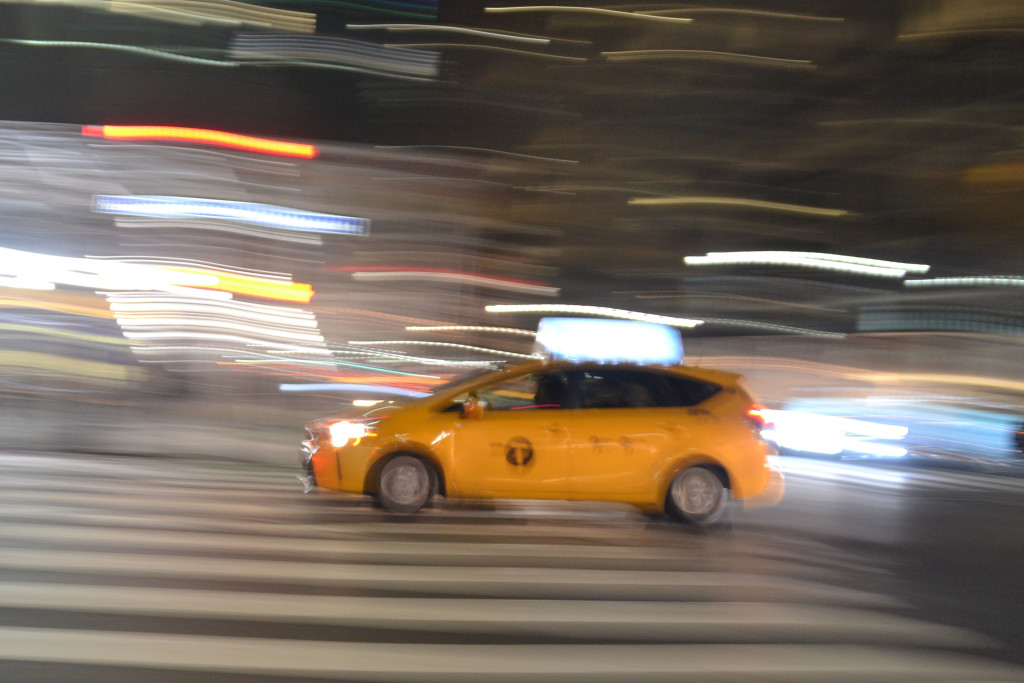 The tour finished at Grand Central station where we took a few indoor shots, capturing the motion of people passing through on their way home from work. Again a reminder that adding some blur to a picture can add more interest and atmosphere. Tripods aren’t allowed inside the station, but there were plenty of ledges around that we could just rest the camera on. 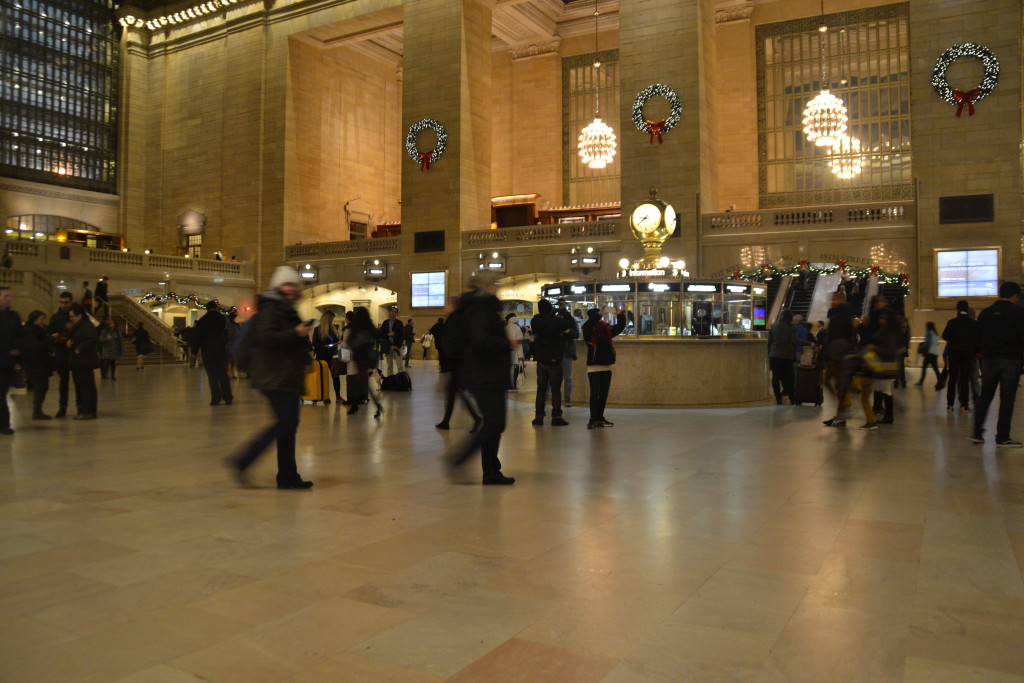 I booked my tour via citifari.com and it cost $99. I also paid $15 to hire a tripod for the evening as I hadn’t packed my own. Although it seems expensive, I think it was well worth it to come home with some great pictures and plenty of inspiration and confidence to get out and take lots more photos! I’d definitely look into similar tours in other cities that we visit, or even at home in London. All the photos were taken with our Nikon D3100, with a Sigma 18-200mm lens.