Our original travel plans didn’t include Oz, but upon looking at a map and realising that from Bali it was a mere 5 hour flight away and having a few friends there, we booked ourselves a little detour. We took our first flight on a Dreamliner with Jetstar which was a pretty ok experience, we had to swipe our credit cards for the entertainment system but as the plane was new, the screens were big and much better than the normal in flight screens.

First stop was Melbourne. Most of you will realise that summer in Europe = winter in the Southern Hemisphere. Of course we knew this, but stepping outside the airport to see the girl directing taxis wearing GLOVES was still a shock after the 30 degree heat we’ve been enjoying the last two months!

First on my to do list was a trip to Ramsay Street. Leaving Dean in bed, I met up with a group of mostly British 20 something year old women (plus one male Ozzie superfan – weird) and jumped onto a bus out to the Melbourne suburbs. The driver was an Irish guy called Gerry who’d been doing these tours for 7 years and really knew his stuff plus was very entertaining. The first stop was Pin Oak Court which disappointingly is the real name of the street the outside scenes are filmed in. Luckily our guide had some portable roadsigns with him so we could pretend Ramsay Street was real! 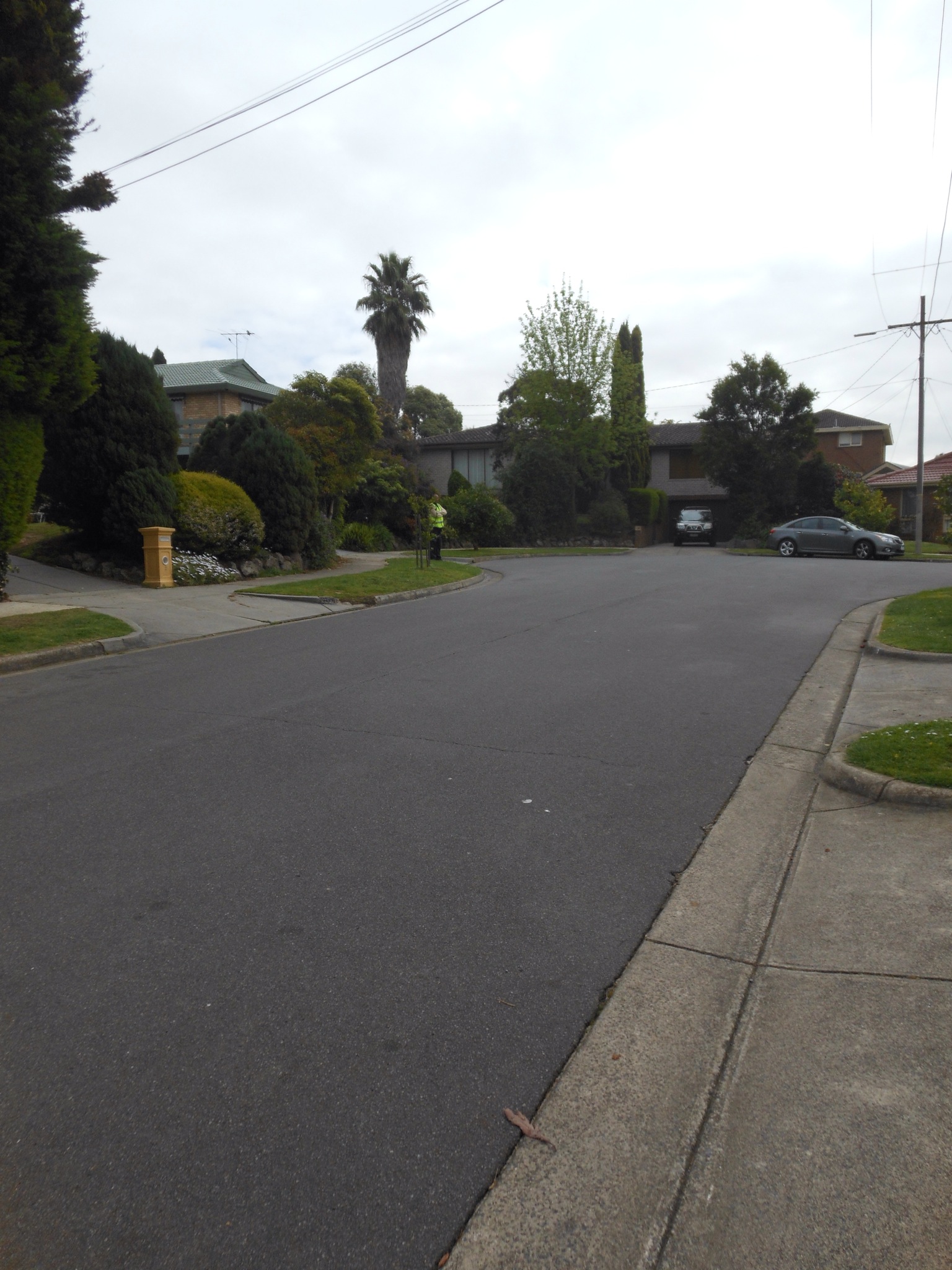 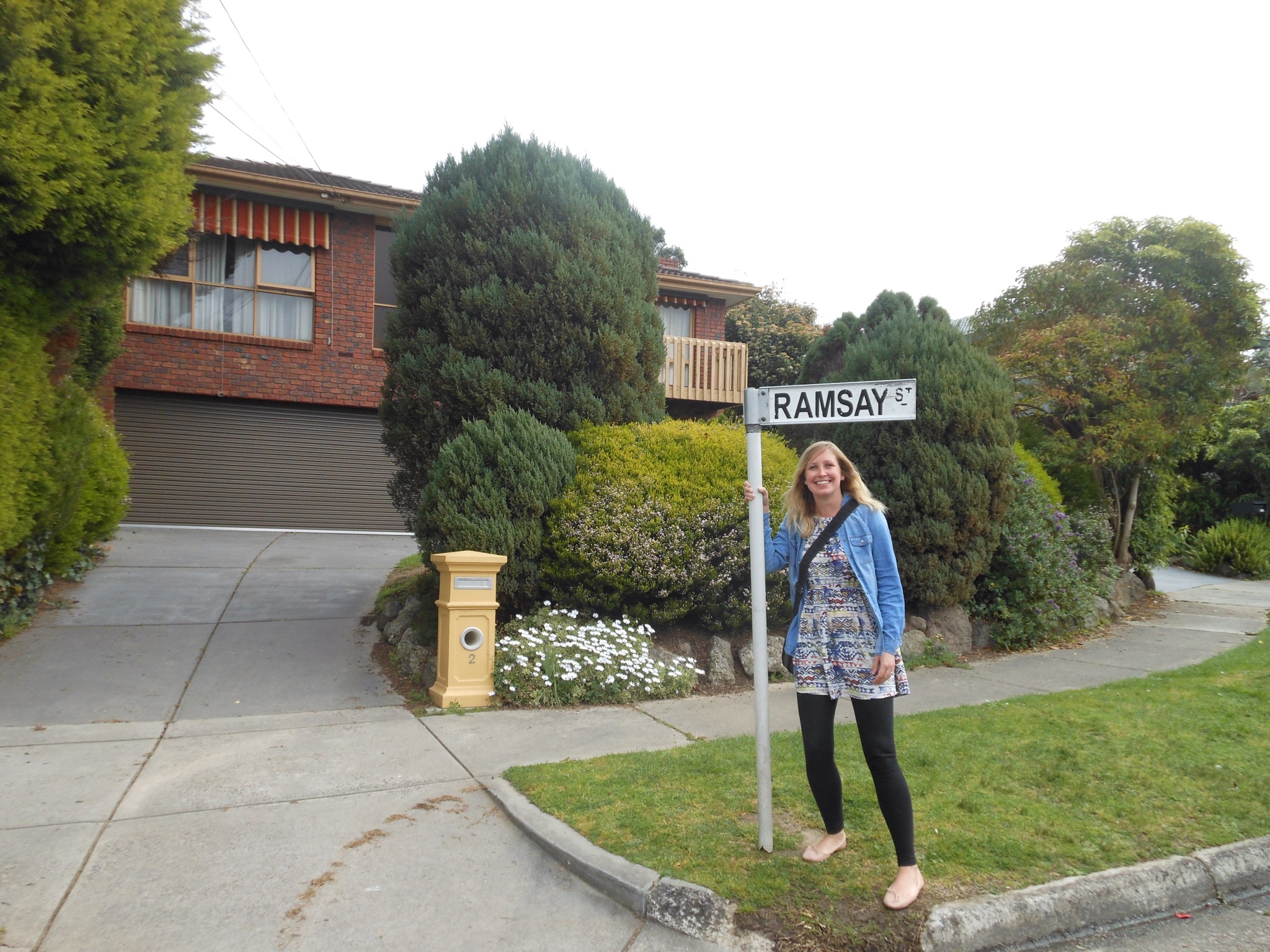 We then headed over to the nearby studios where we got to meet a cast member. Having not watched neighbours in about 7 years, I had worried about not knowing who on earth this star was and my fears were completely founded. I wasn’t the only one though – at least four other people admitted to having no idea who Chris Pappas (played by James Mason) is so he gave us the low down on his character. Not knowing who he was didn’t stop me from posing for some snaps and getting his autograph. After that it was back on the bus to watch a couple of old school episodes on our way back to the centre. 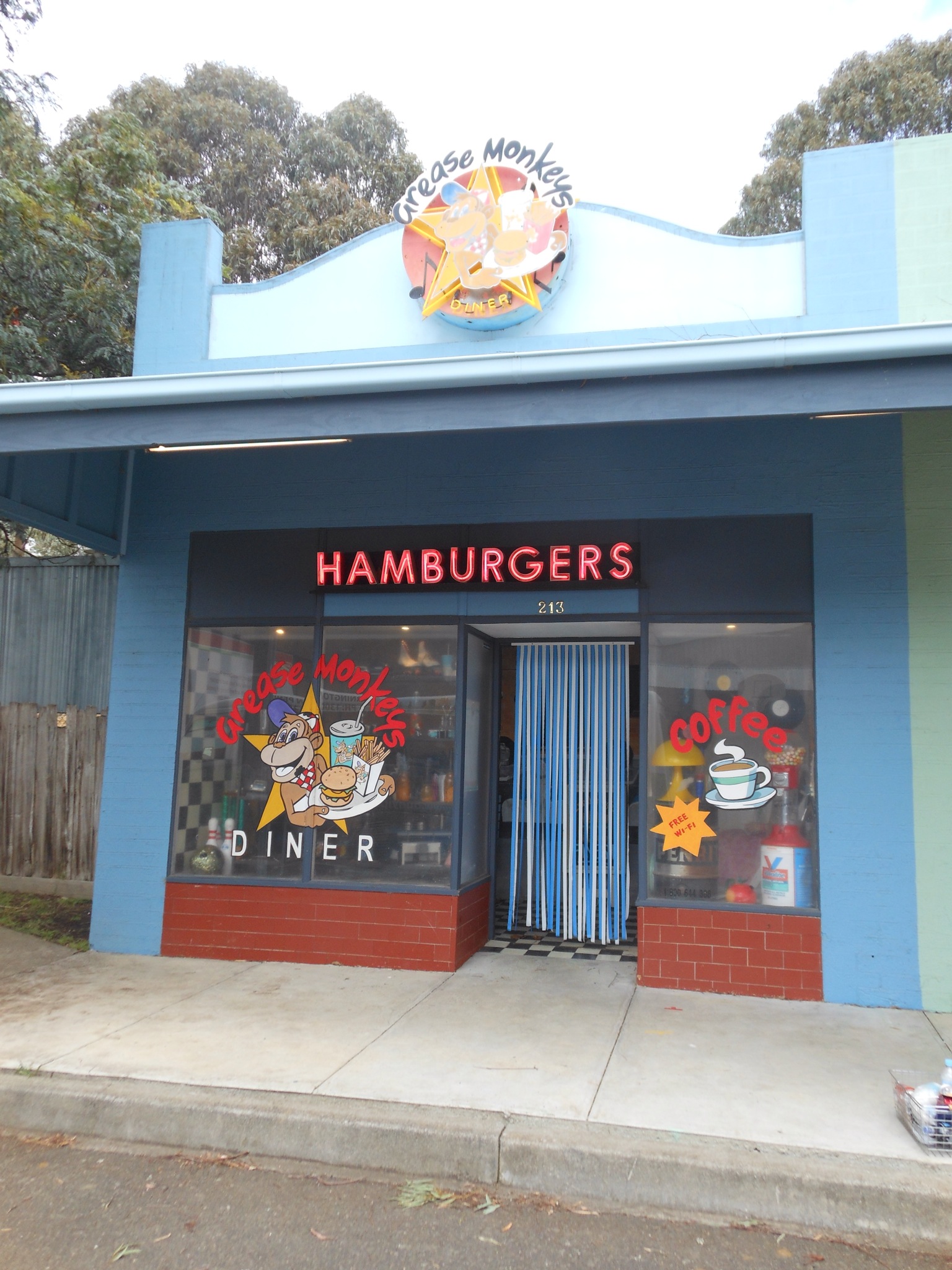 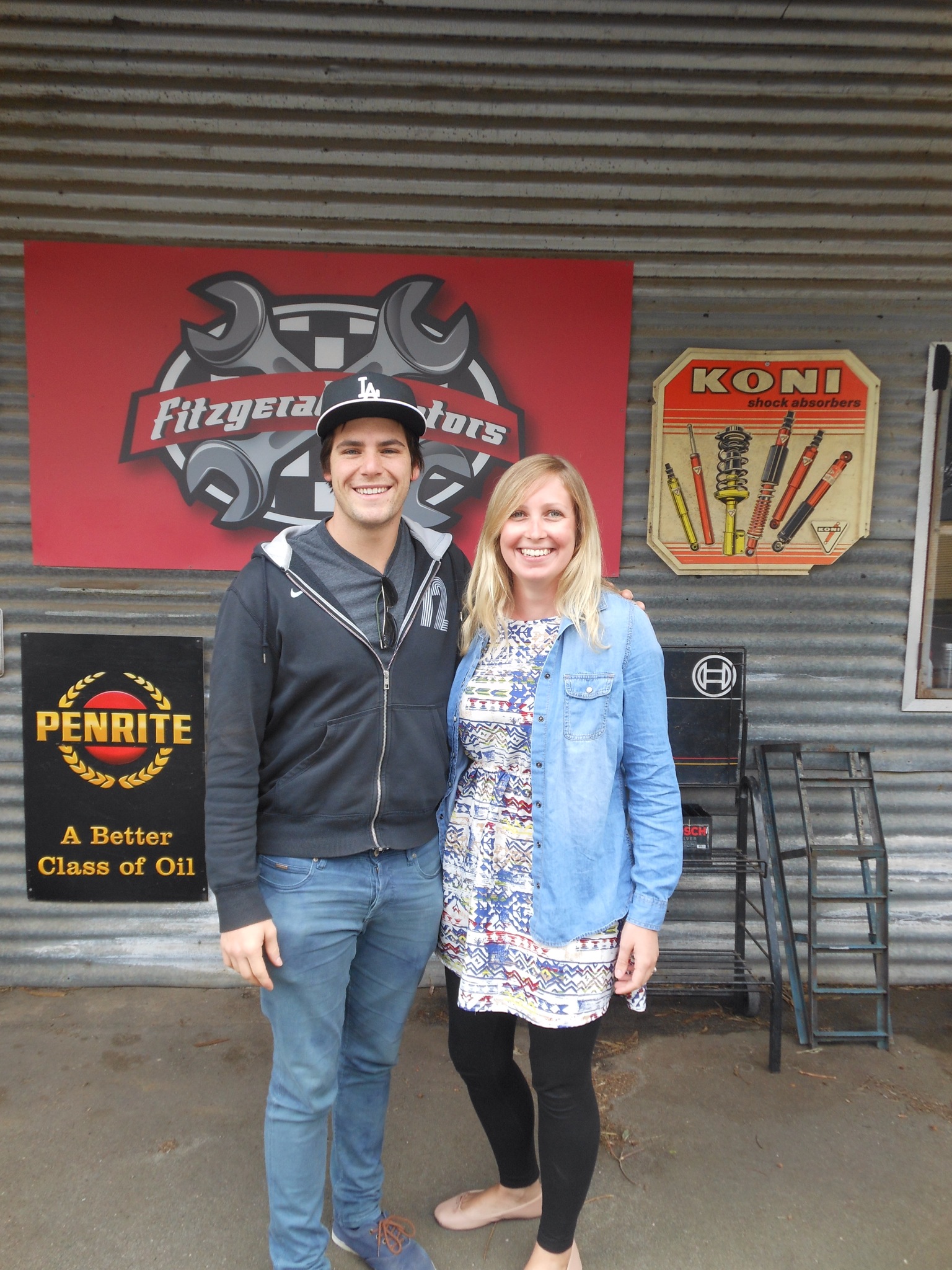 In the evening we arranged to meet some friends from back home – Alex and Tania who are currently living in Melbourne. They arranged to meet us at a bar on the river – a little island under the bridge – called ponyfish. It was completely outside so a bit chilly, so much so that I had a mulled wine to warm up! They then took us to a tapas restaurant and a few bars in the alleys of Melbourne centre. It seems like the whole of Melbourne is full of quirky restaurants and bars, I would probably need a few years to try all the ones I liked the look of! 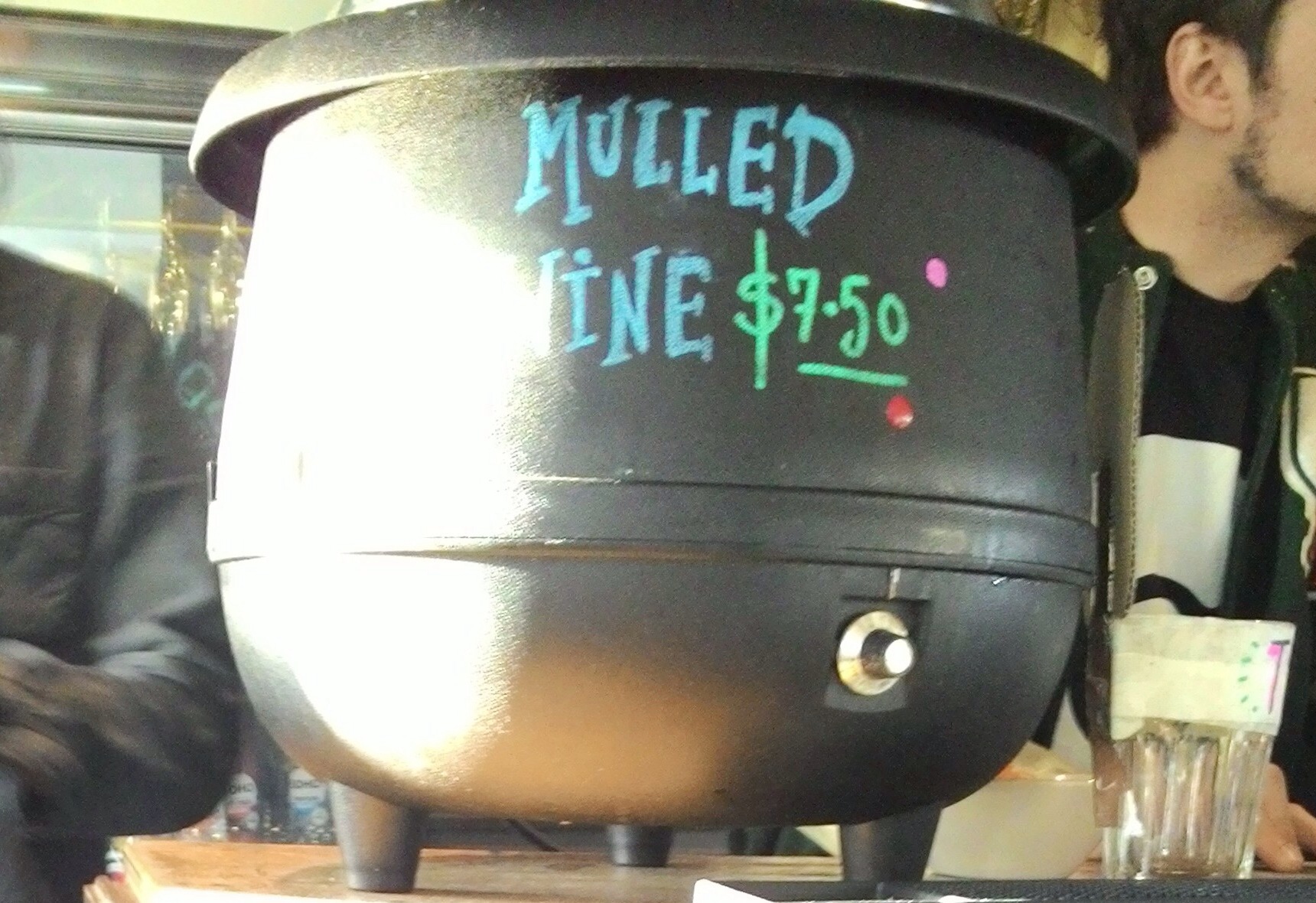 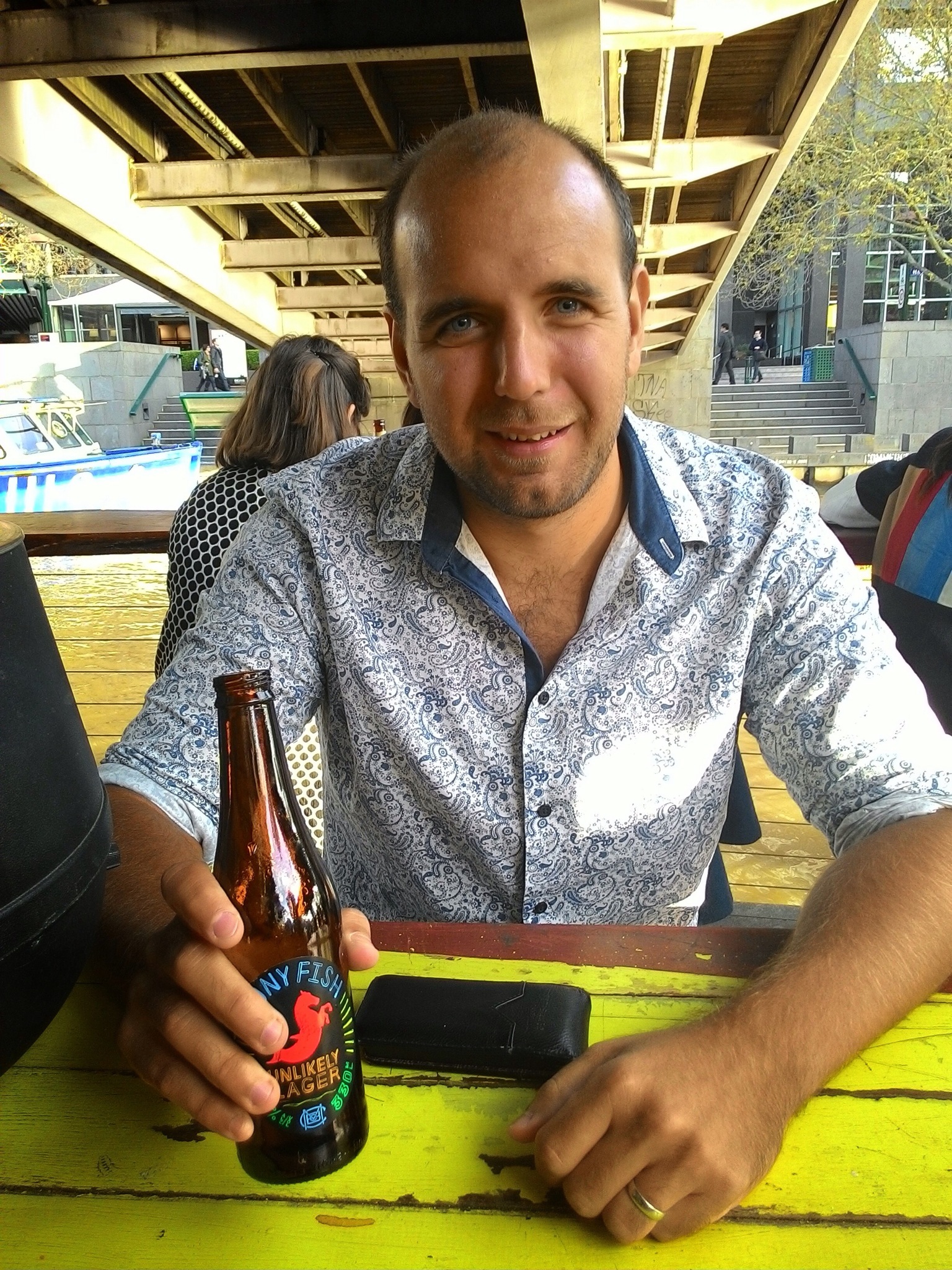 The next day, Alex and Tania had arranged a surprise activity for us which was Bowls! Apparently it’s not just old people that play in Australia, it’s for young people too and aside from the pros on the green, there was also another large mixed group about our age, plus a stag party. We played girls v boys and although the girls took an early lead, the boys had a late surge to become winners. 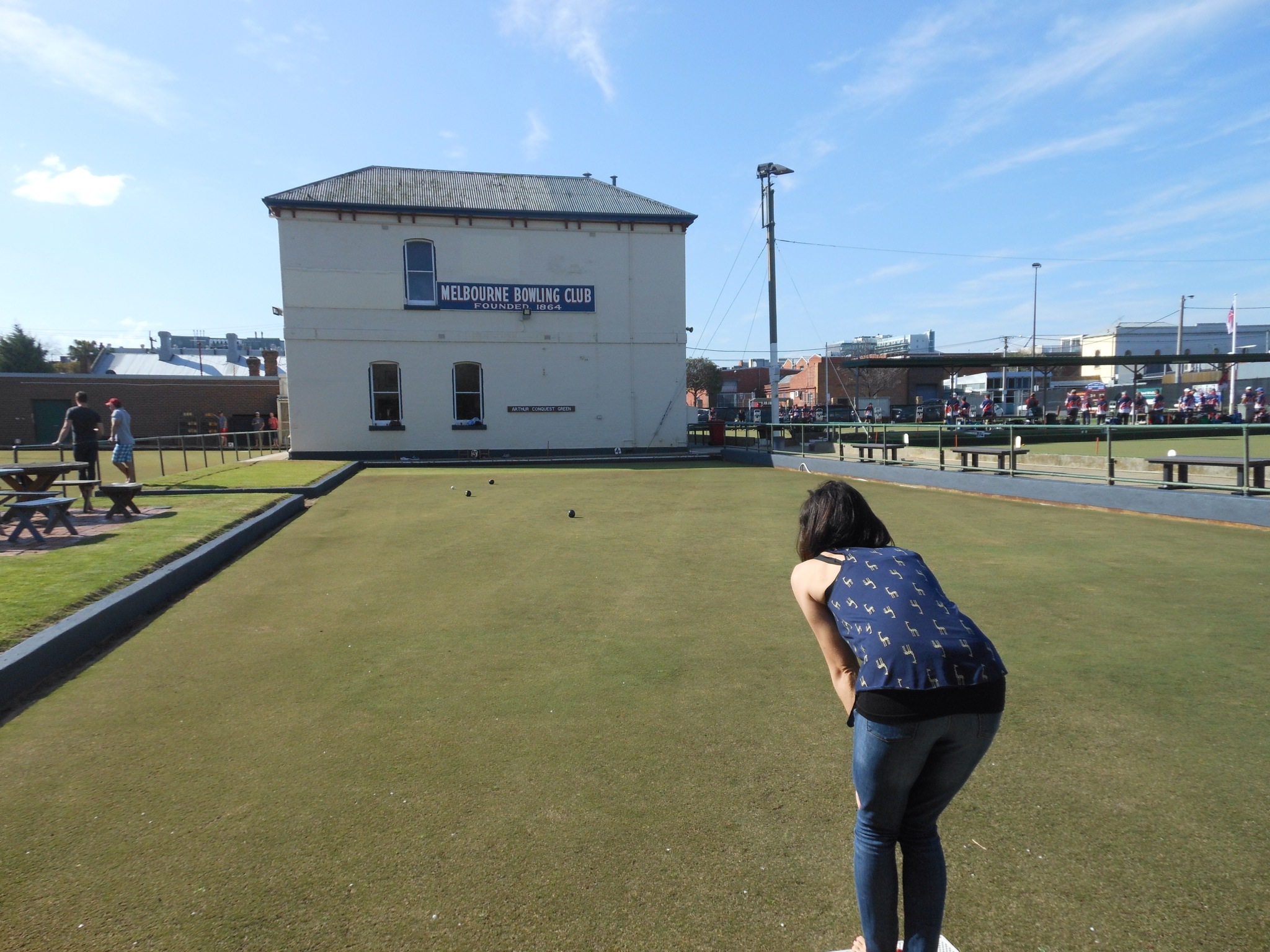 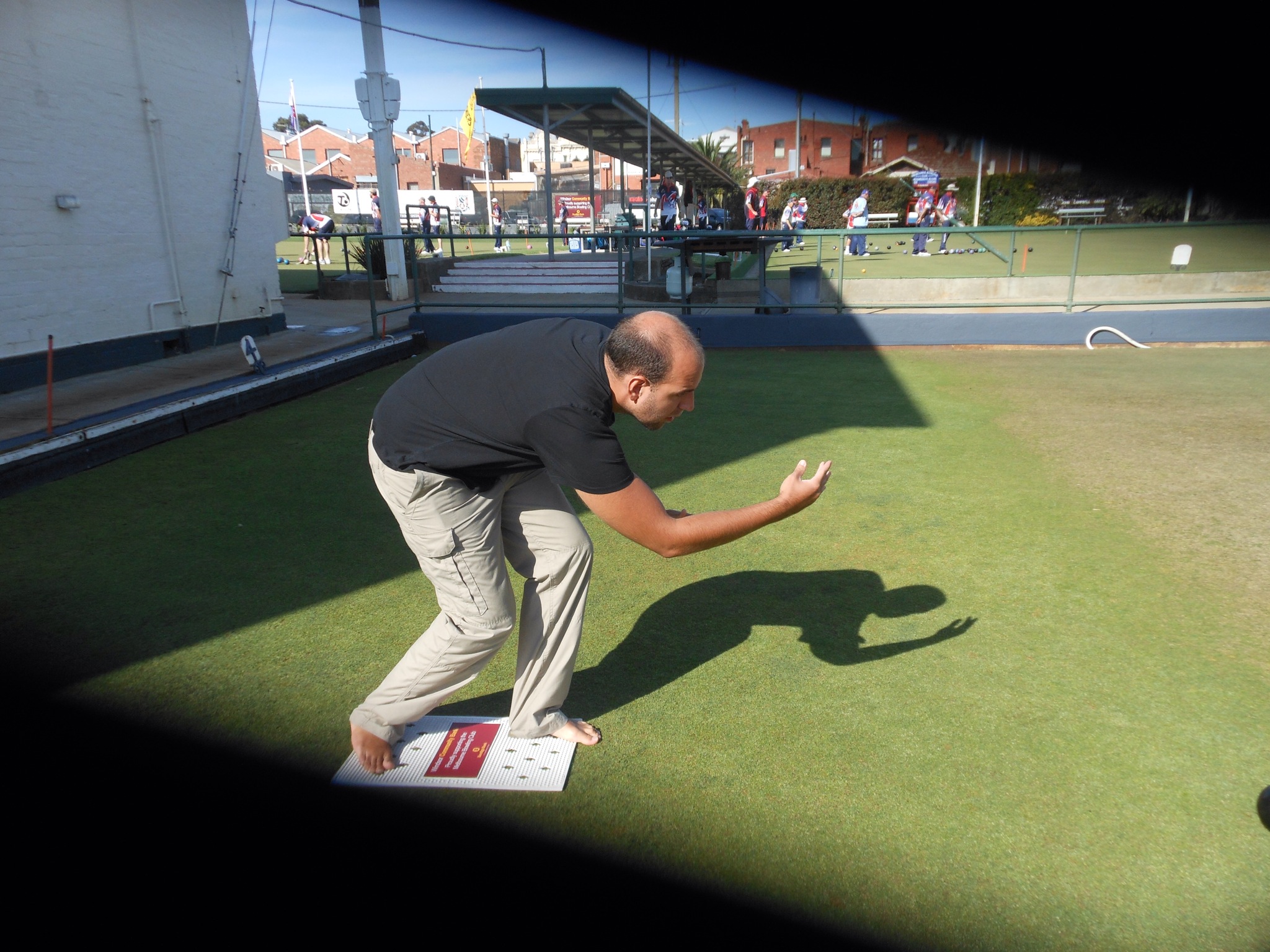 As we were staying just across the road from Alex and Tania’s place in South Yarra, we headed over to theirs for a fajita dinner before heading to the Fitzroy neighbourhood. First stop was a bar where the DJ booth was in a plane, then we went to a place called Polly’s for some yummy cocktails. 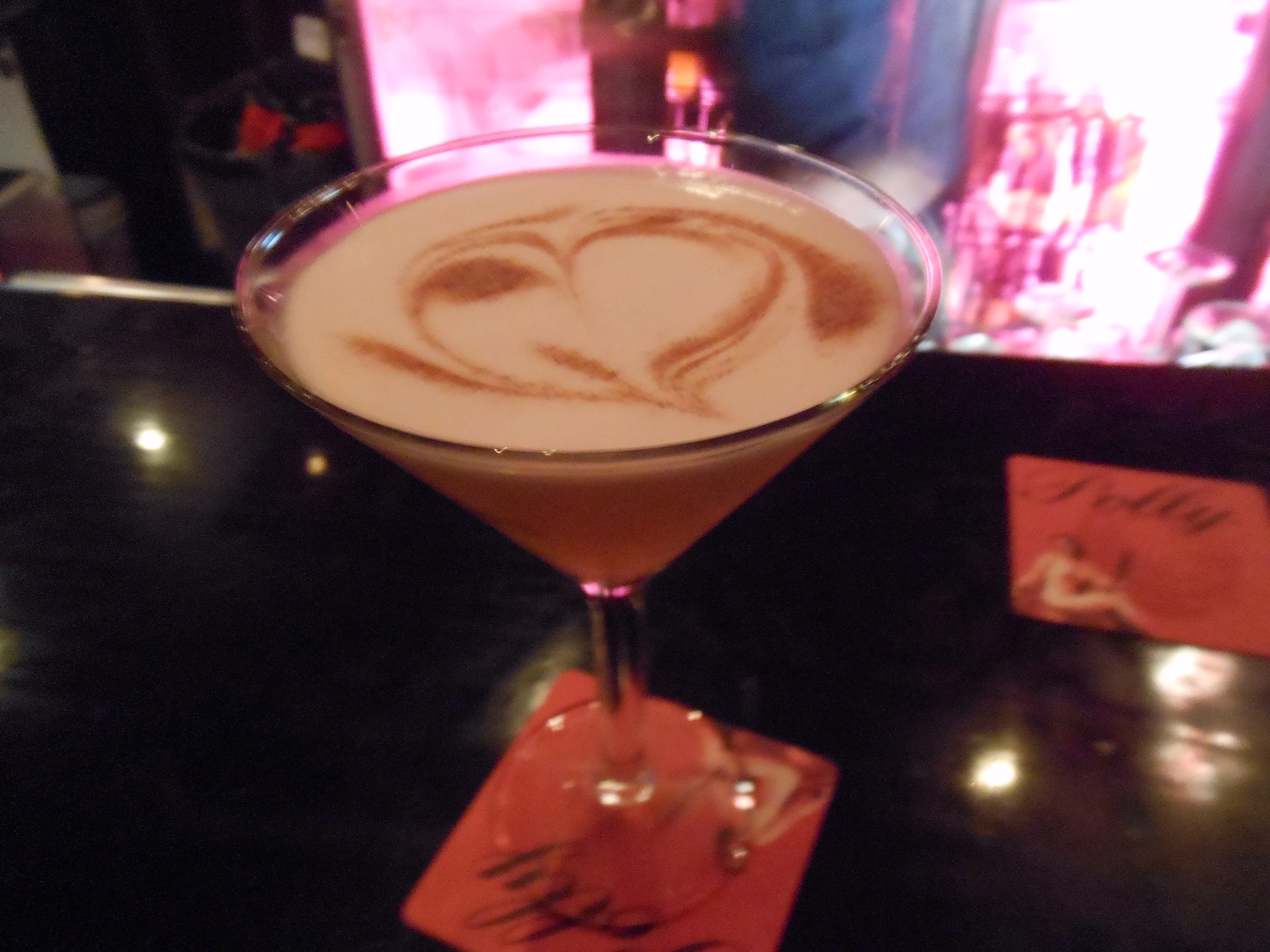 Sunday started with brunch – a very important meal in Melbourne. No bacon sarnies here, I had smashed avocado, poached eggs and seeds on toast, with some pork belly on the side just because it sounded yummy.

In the afternoon, I took a walking tour through the alleys of Melbourne which are jam packed with cafés and restaurants with outdoor seating, as well as interesting shops. It was actually quite a warm day in the end, either that or we’d become re-accustomed to non tropical temperatures! 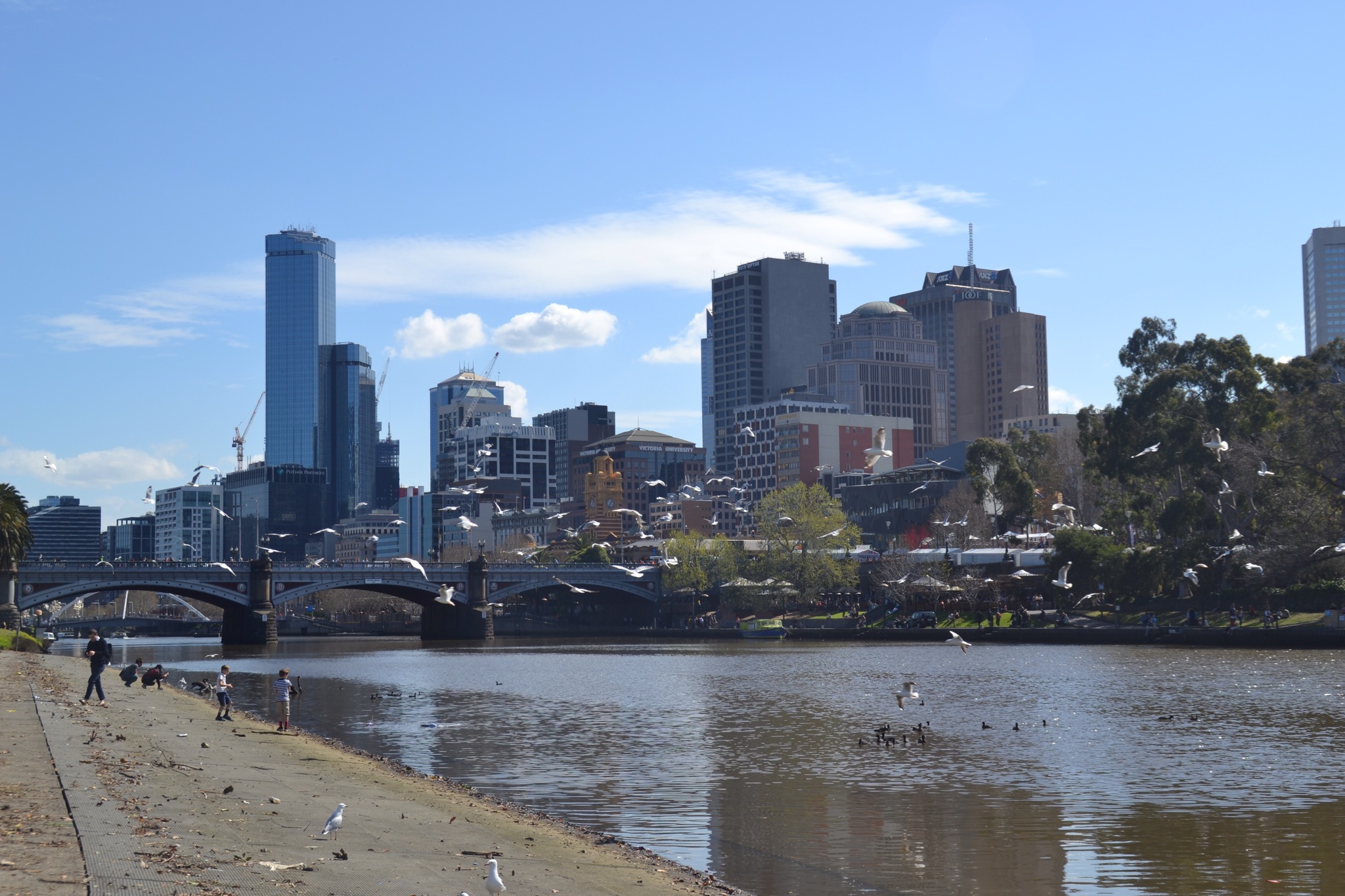 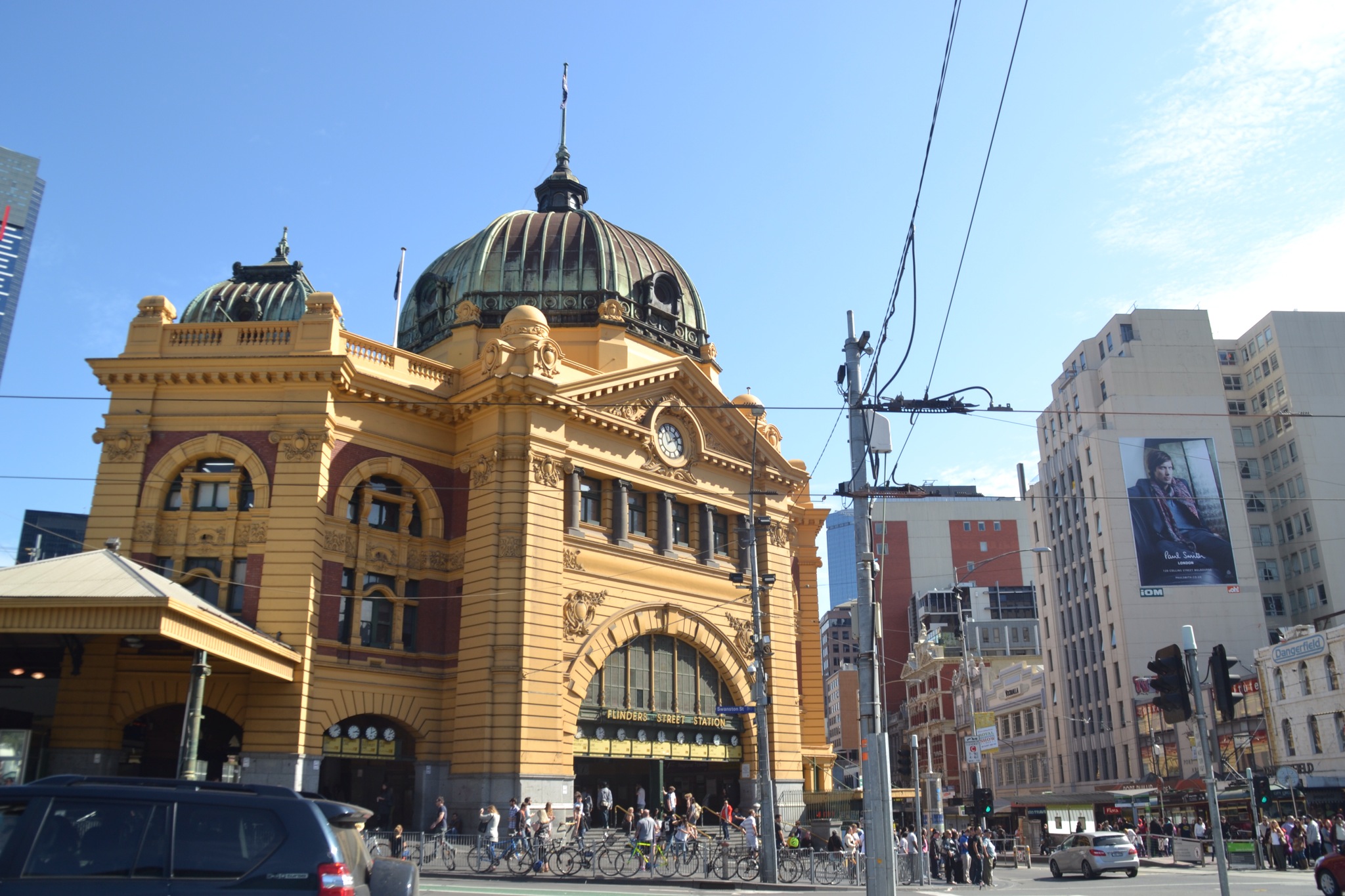 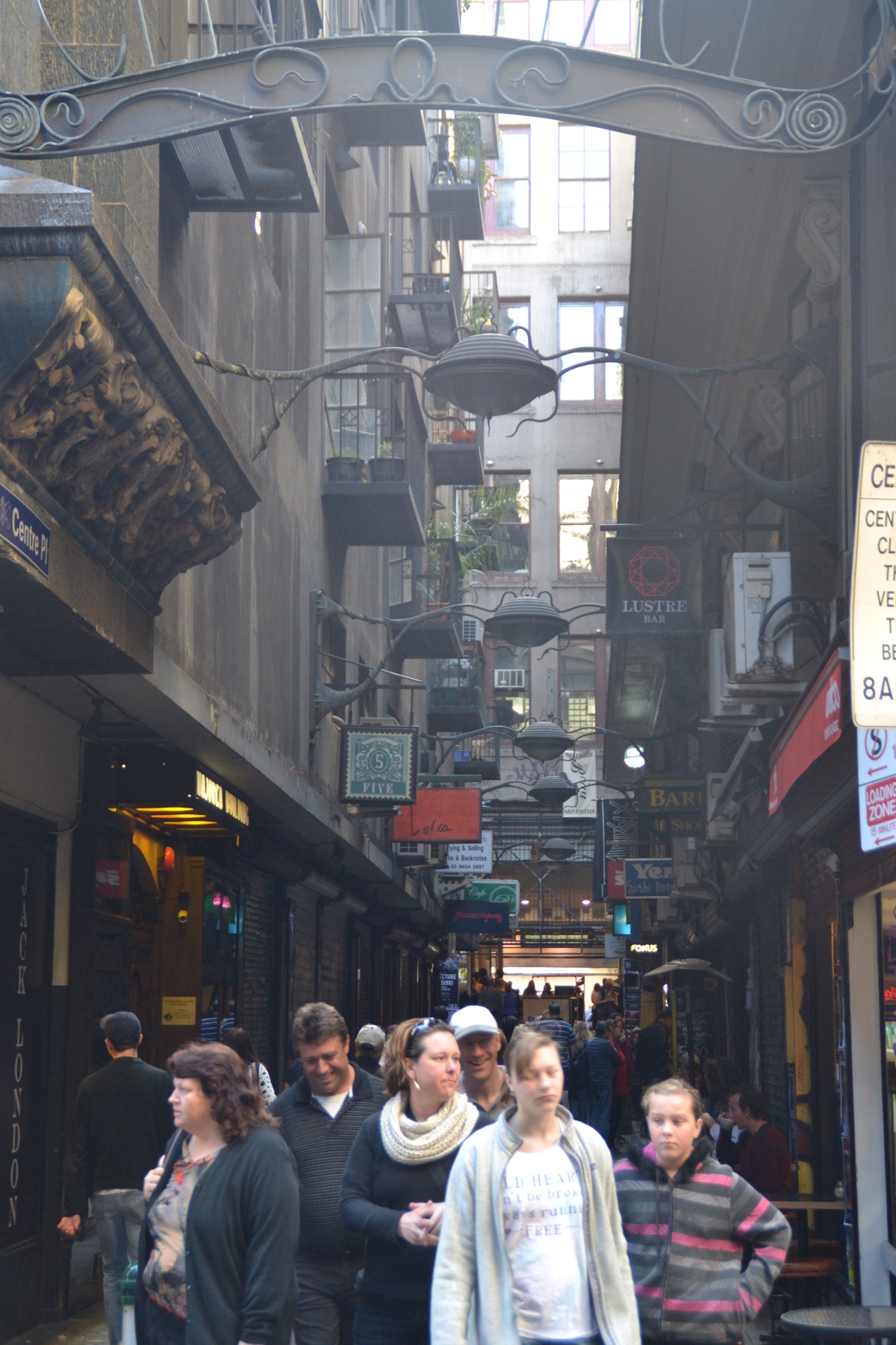 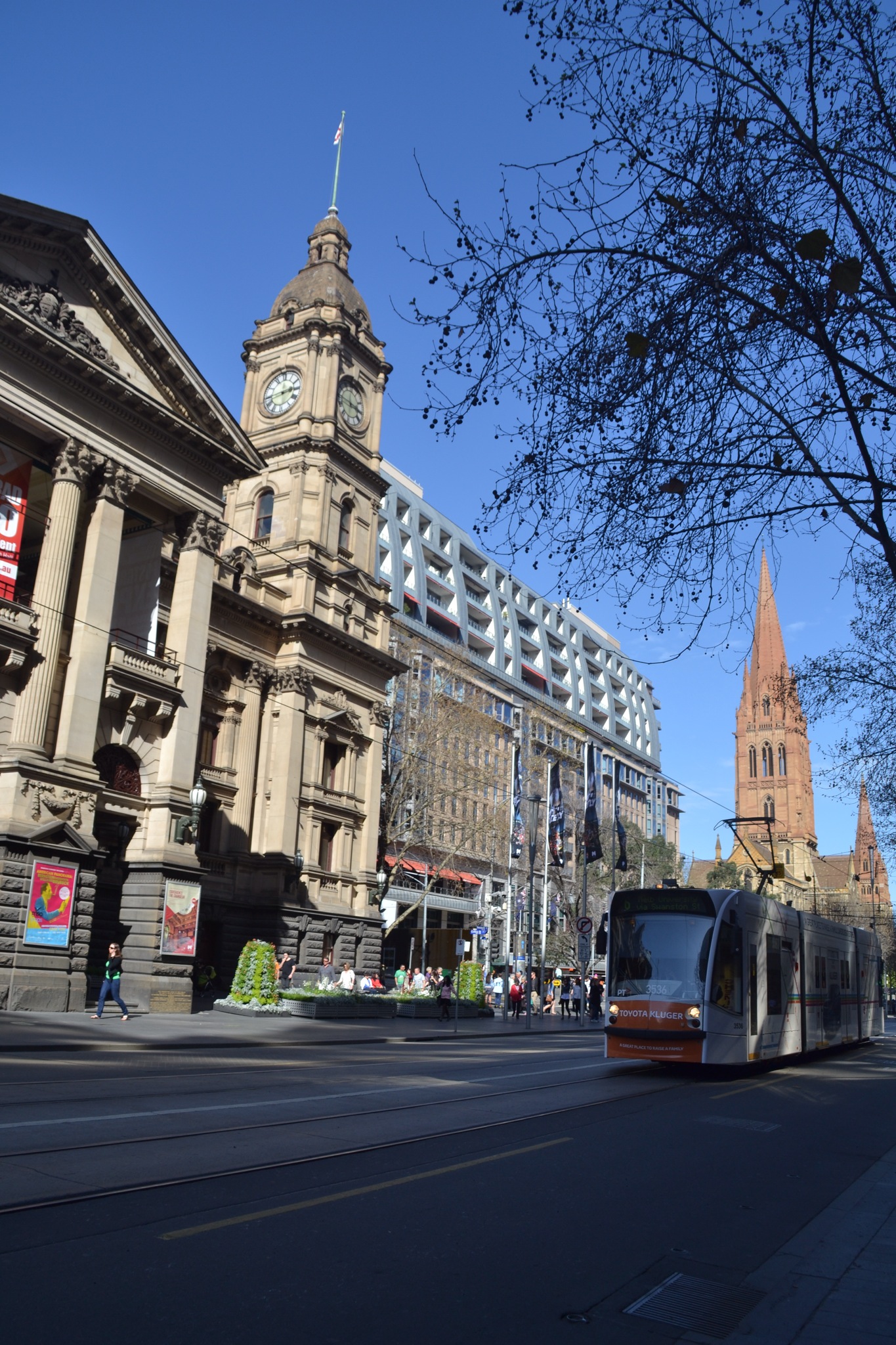 We loved Melbourne and I can see why Alex and Tania picked this city for their Australian adventure. To me, it felt very different to Sydney, filled with interesting bars and restaurants, and lots of character. But maybe that’s just because we had locals to take us out or because we were staying in the suburbs. If we’re ever back in Oz, Melbourne will definitely be getting another visit!