After a busy few weeks in Japan, we scheduled a few quiet days in LA to get over the jet-lag. LA is 15 hours behind Tokyo so we went back in time during the flight, leaving Wednesday evening and arriving Wednesday morning! For the first four nights, we stayed at Venice Beach, renting an apartment we found on Air BnB.

Venice beach is adjacent to Santa Monica so on the first day we walked down to Santa Monica pier for lunch before exploring the area a bit. We were treated to a fantastic sunset before heading back to crash. 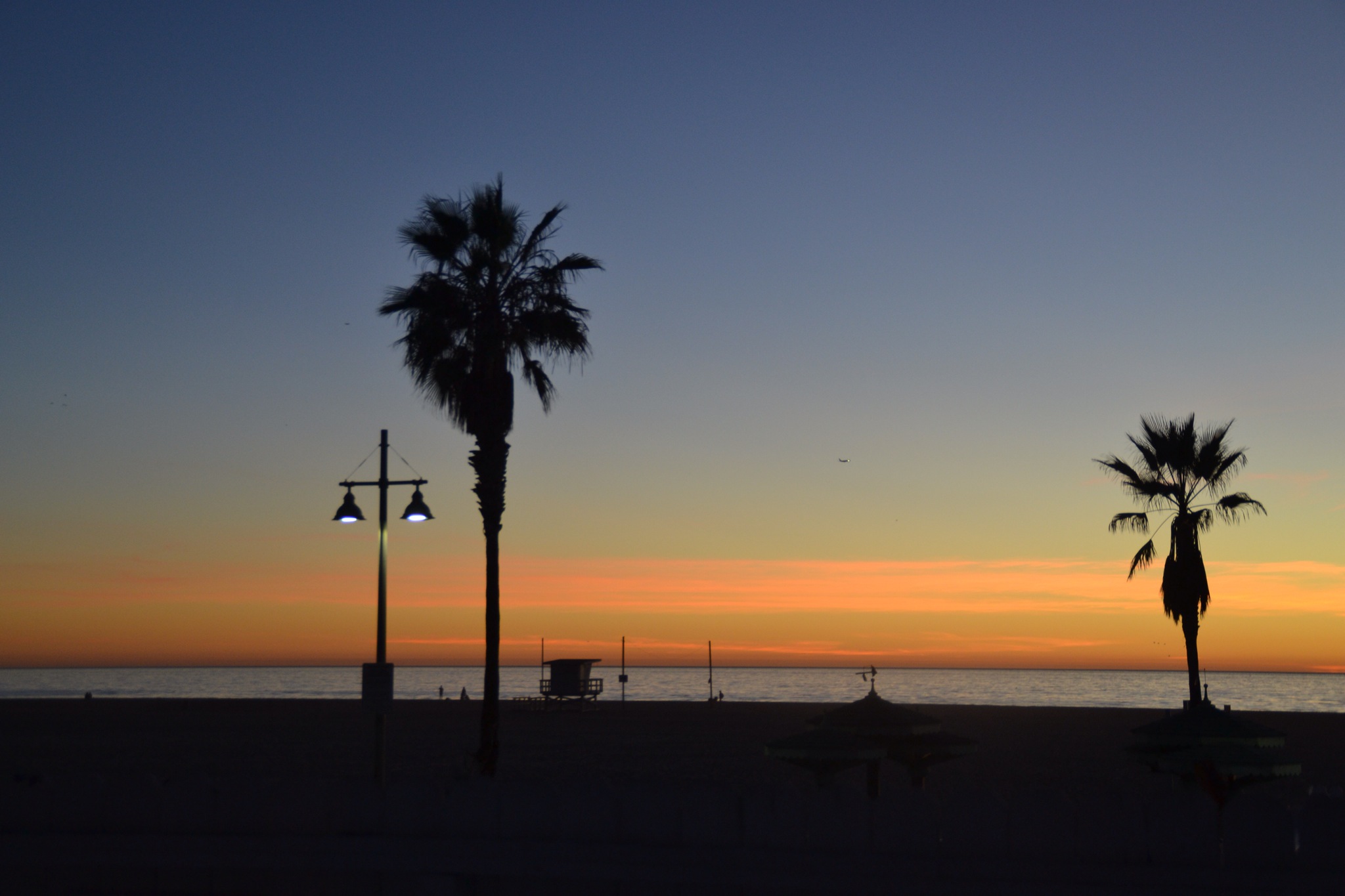 The following day was Thanksgiving. We had booked a table at a turkey and champagne brunch buffet. Some of the notable dishes available with the turkey included roasted yams with marshmallows, mac n cheese and pumpkin pie. The weather was great although it felt a bit strange eating a full roast while sitting in the blazing sunshine! 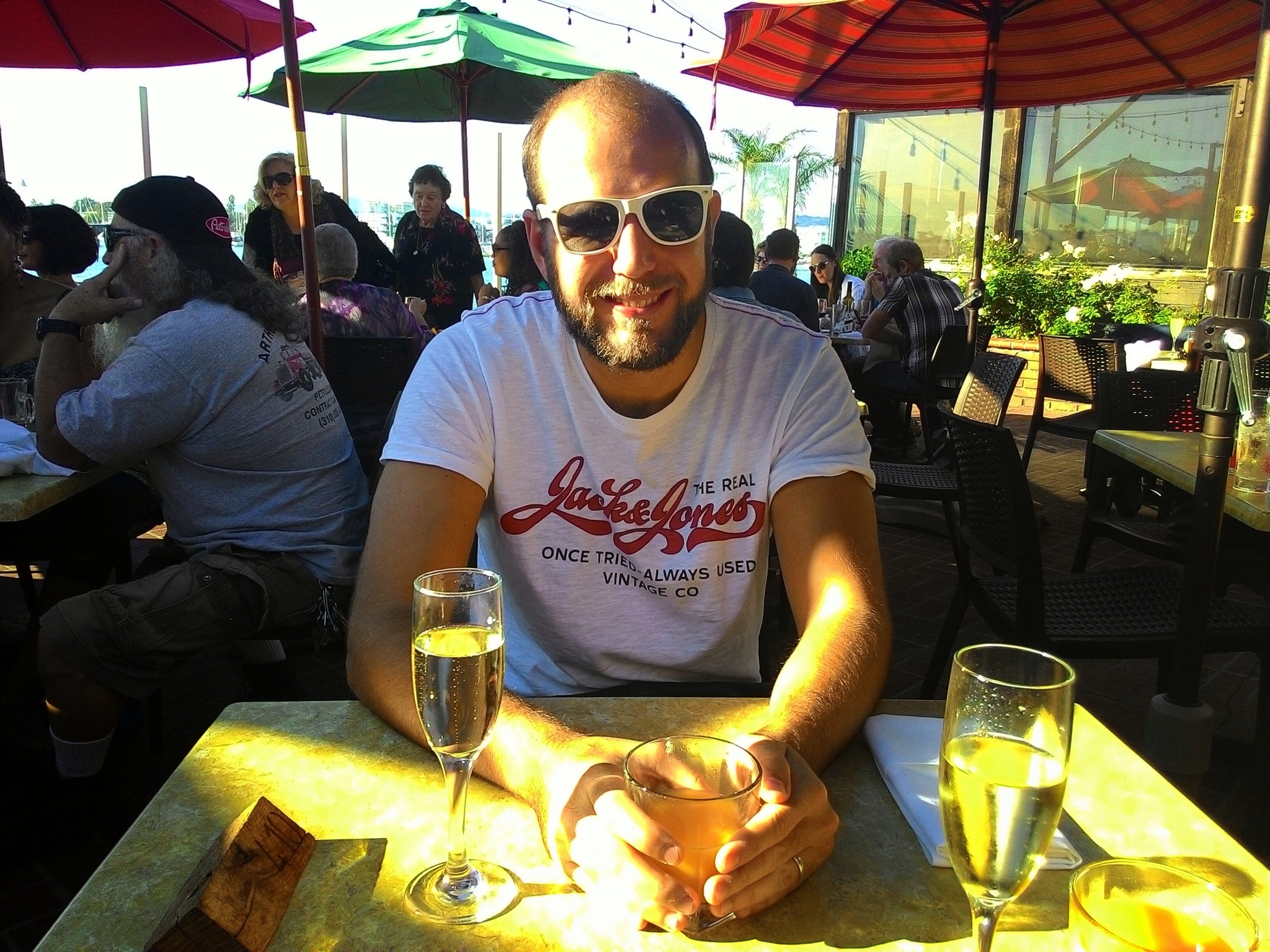 Over the weekend, we explored Venice a bit more. Like the Italian Venice, Venice in California has lots of canals, although it used to have even more which have since been filled in. 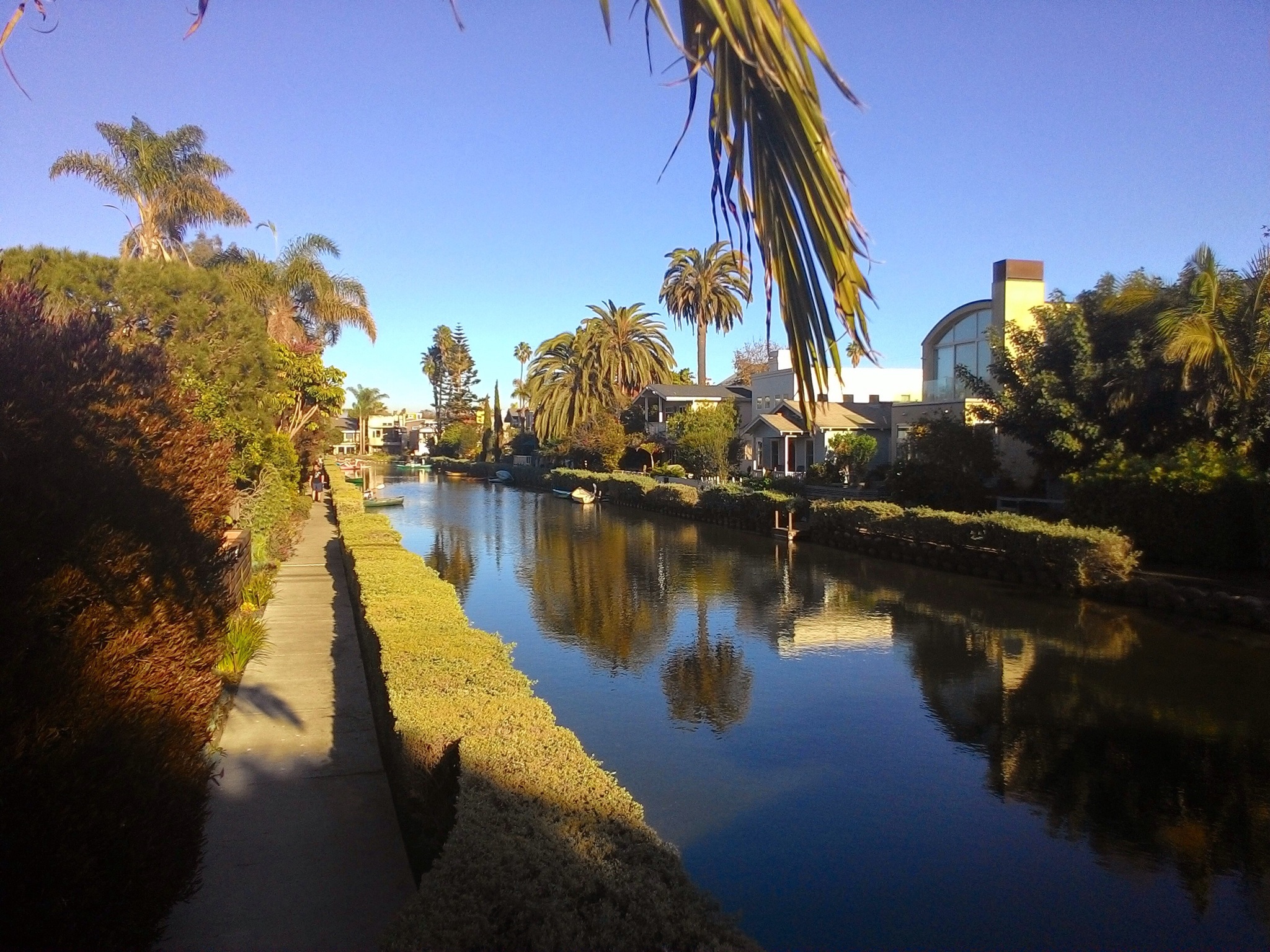 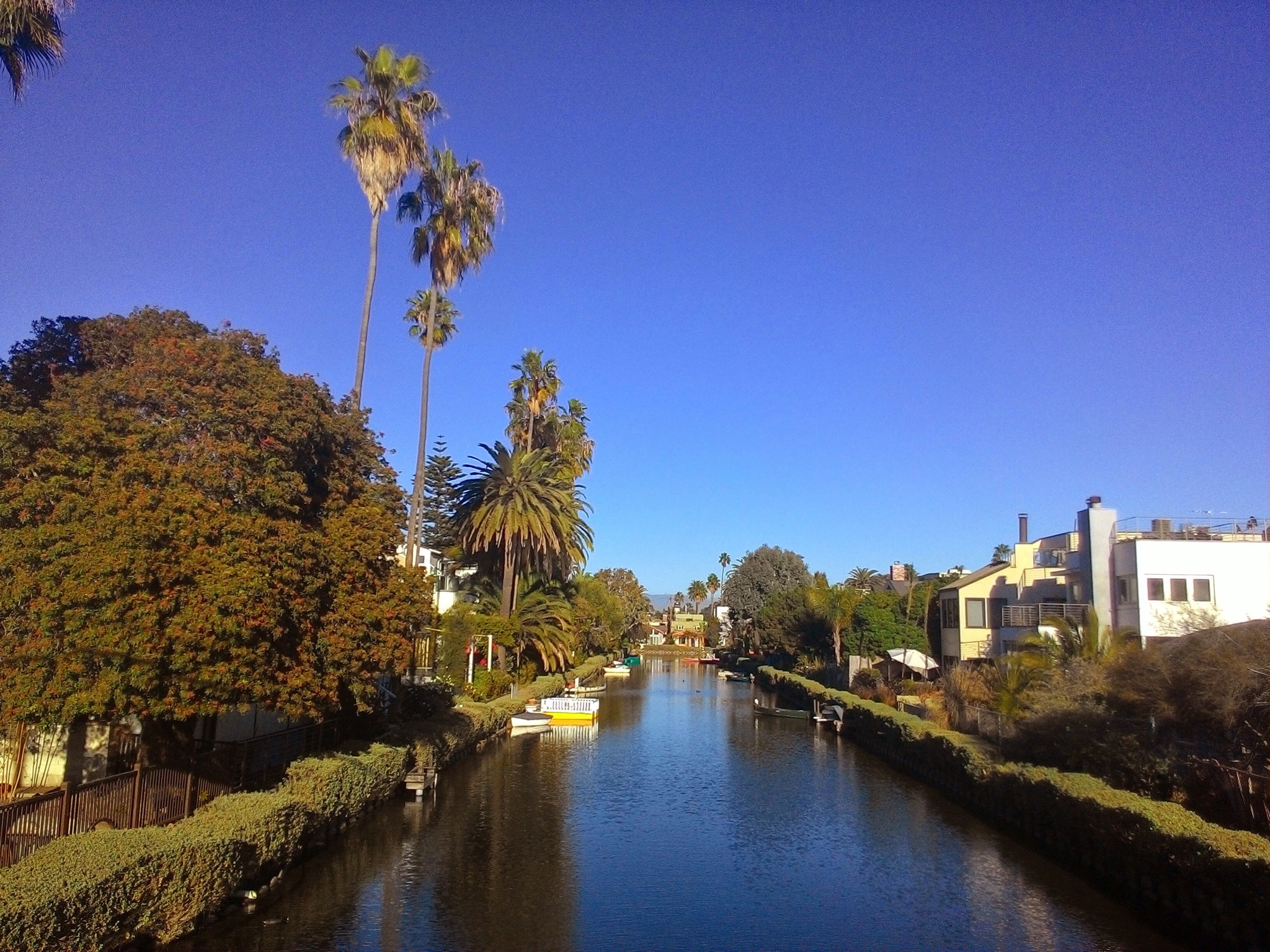 Dean found an English bar to watch football in on the Saturday, which meant an early start as we wanted to fit a run in before the 9.30am kickoff. This meant that due to the early start and still being jetlagged, part of the afternoon was dedicated to napping!

During the day, the promenade along Venice Beach is packed with stalls selling all sorts of crafts, psychic services and on thanksgiving, food. There were also quite a few street performers around. At night however, it was less welcoming, with quite a few homeless people around. On our last night we were kept awake by a police helicopter circling due to a burglar being caught in action in a neighbouring street. After this, we were pleased that our next stop would be very different.

I won a competition at the start of the year for a two night stay at the Beverly Hills Four Seasons. This was why we included LA on the schedule – at around $900 a night for a room, the prize was too good to let to to waste! The hotel is in quite a residential area and despite LA being a car city, we still found we could walk to enough places that we wanted to go to so could leave the car behind. A highlight of walking round the area was that one of the houses had a front garden full of model zoo animals! Again we didn’t pack our schedule too much as we’ve been to LA before. 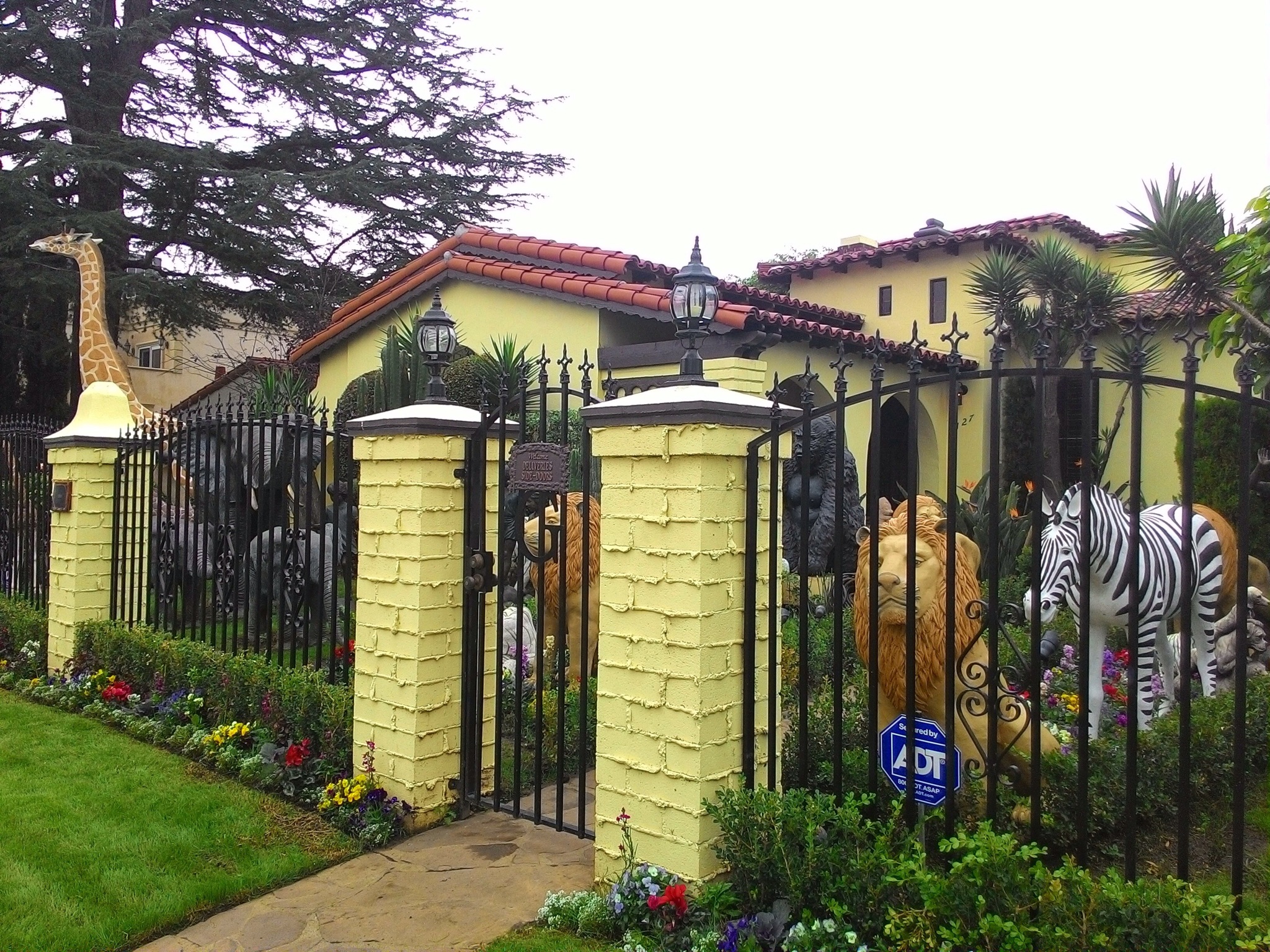 While we were there, we treated ourselves to Italian at the hotel restaurant which is apparently popular with the celebs although we didn’t spot any. We took a walk to the famous shopping street of Rodeo Drive and admired their upmarket Christmas lights (chandeliers!). Unfortunately after beautiful weather over the weekend, now we had a pool, the weather turned cloudy and rainy. Great news for LA which is in the midst of a drought but not so great for us! We did make lots of use of the gym though and I caught up on the blog while sitting by a very Christmassy fireplace. 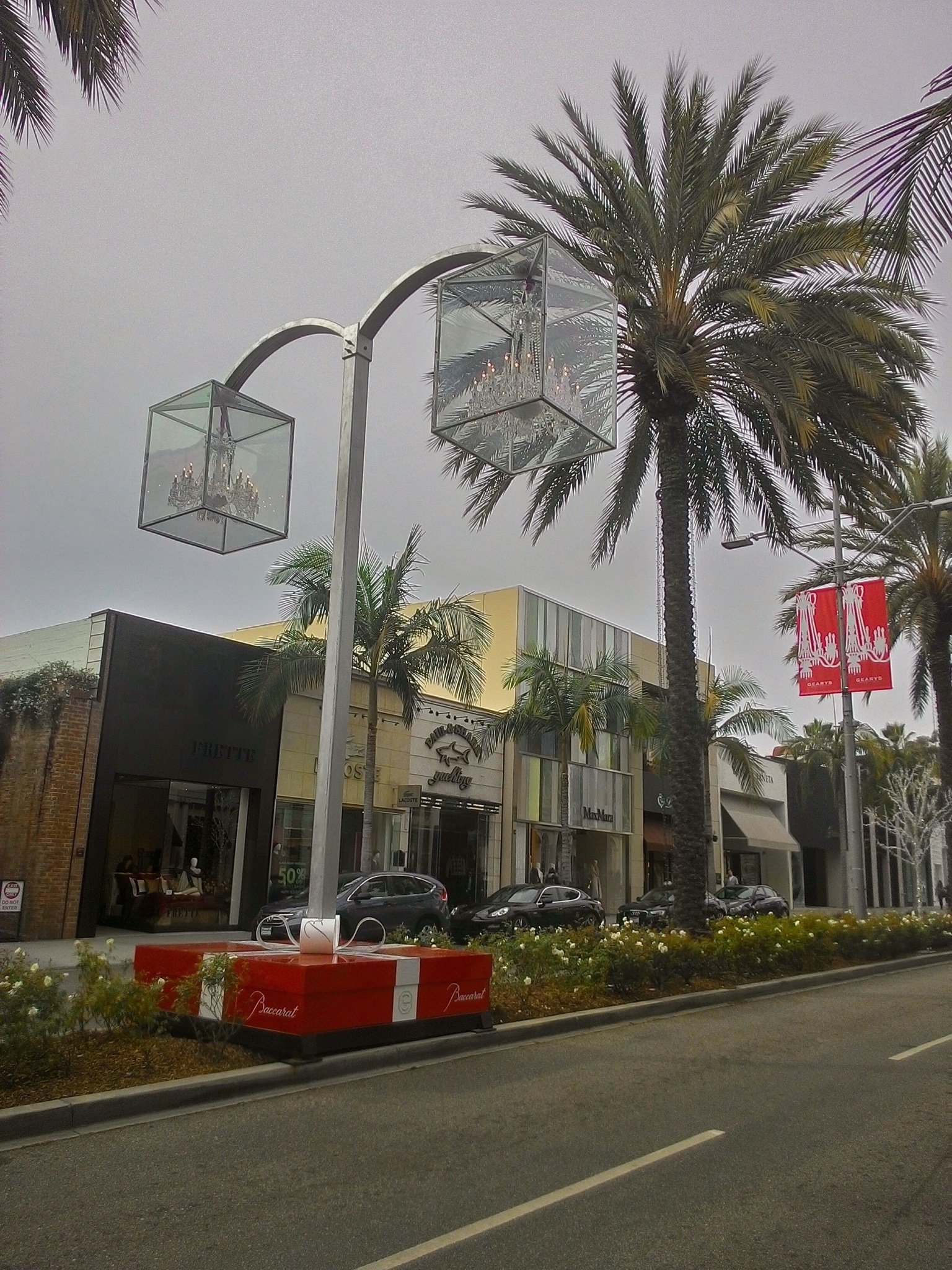 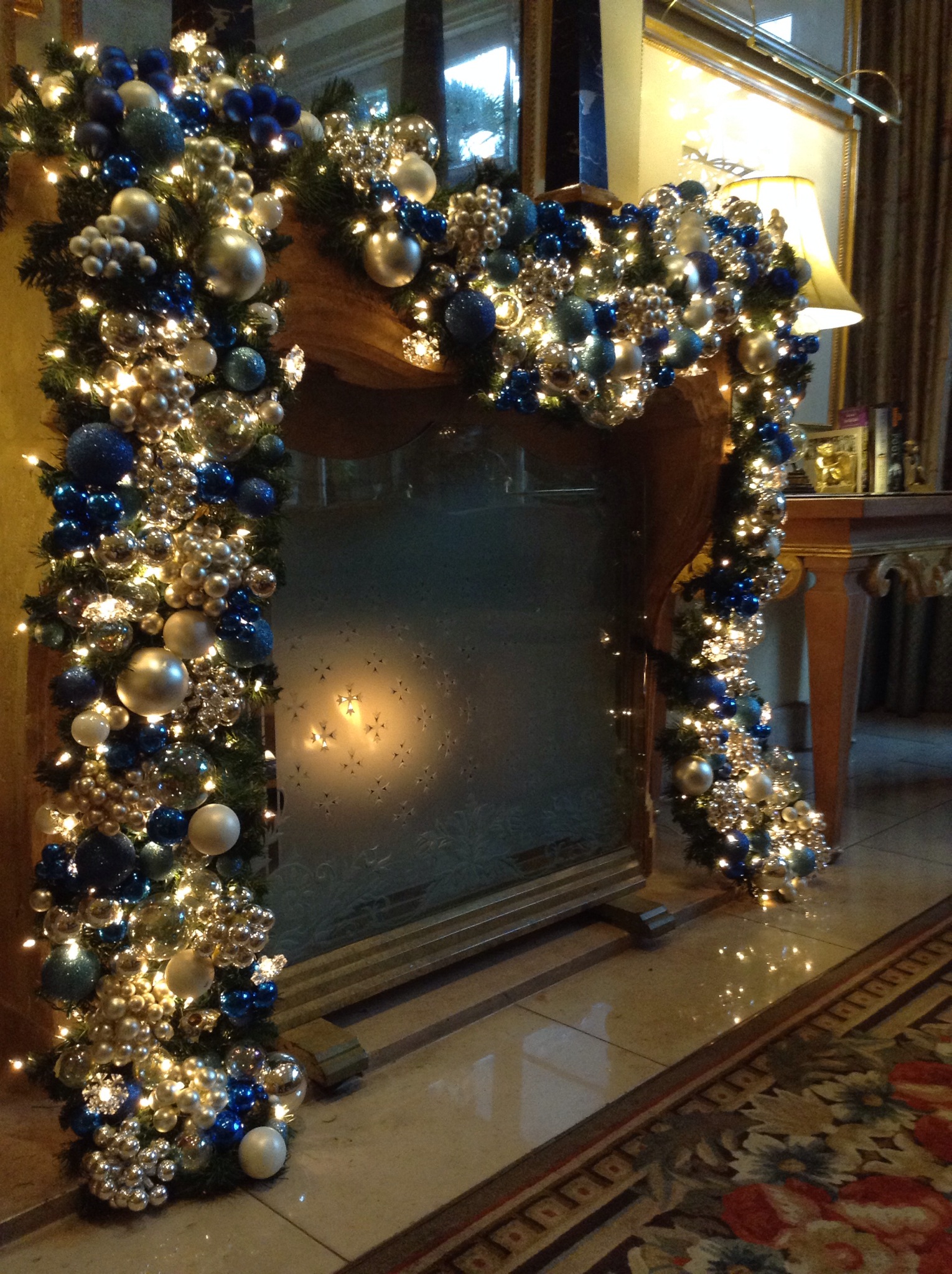 Going back to LA didn’t really change our view about it. It’s far too big and sprawling with no heart. Although there were some nice spots in Venice Beach and Santa Monica, the fact that after dark Venice Beach changed so much tainted our view of it. I think Santa Monica is better in that regard though. Being jetlagged though, being somewhere where we didn’t feel too pressured to do lots of sightseeing and activities was a good chance to recharge before the next part of our trip.