Kyoto was the capital of Japan for over 1000 years and is one of the most popular tourist destinations in Japan due to the high density of temples and other sights.

We arrived fairly late in the afternoon on the first day so didn’t do any sightseeing. We headed out for dinner and found what we hadn’t managed to in Tokyo – an all you can eat sukiyaki restaurant. We also went with the all you can drink option and sampled shochu, sake and plum wine. There was a two hour time limit, plenty of time to eat way more meat than we needed!
We then decided to head for a drink before bed and found a bar called Fishbowl. We went in, sat at the bar and soon got chatting to the owner, an American from Guam who had married a Japanese woman. One drink turned into a few and temple touring didn’t start quite as early as planned the following day! 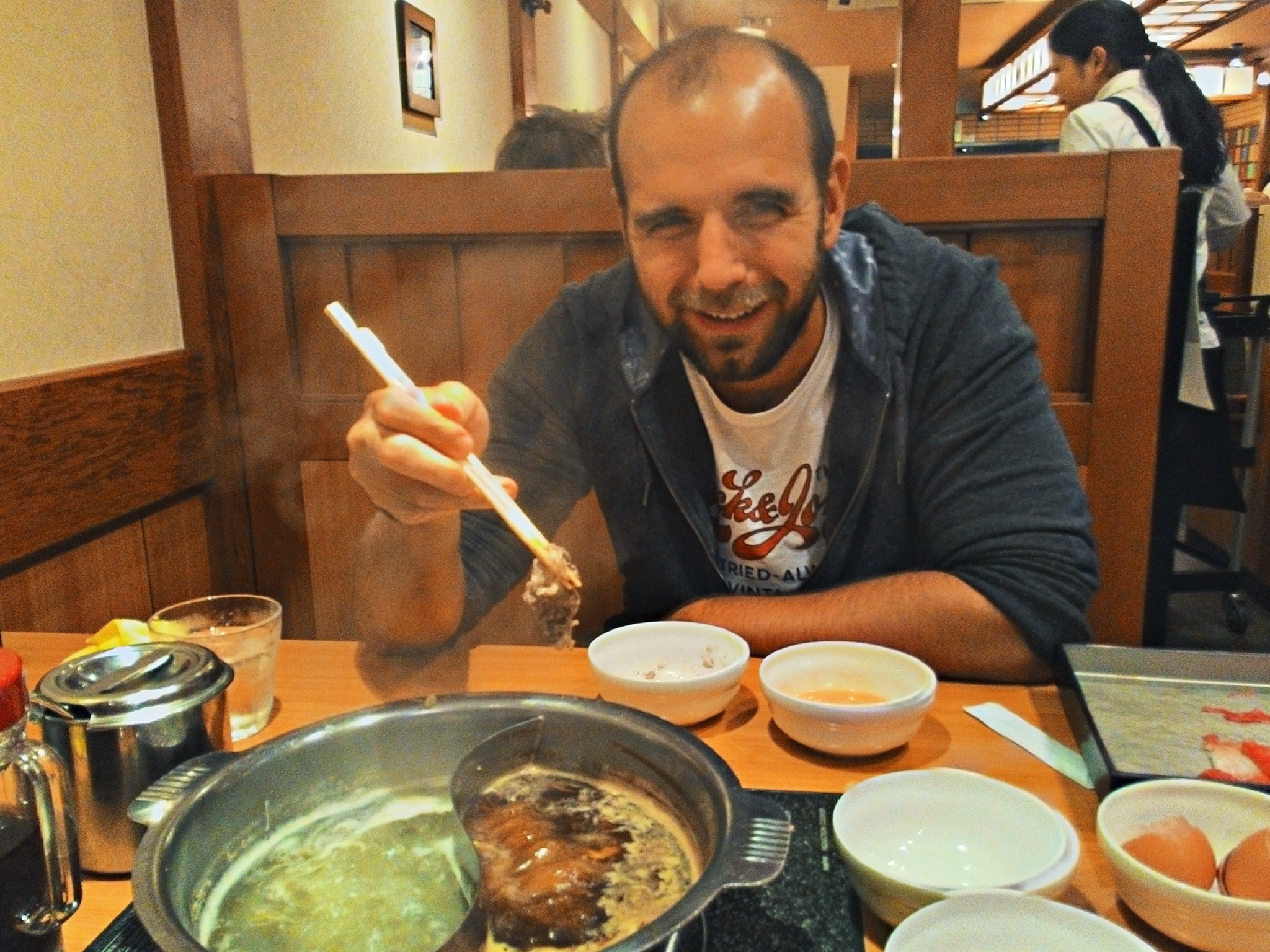 We started exploring Kyoto by visiting the South Higashiyama area. On arrival at our first temple, a group of school girls asked if we would participate in their school project where they showed us a board with various Japanese cartoon characters and asked us to stick a dot by the ones we recognised. I only got one (Totoro), but Dean managed two. It seemed a good exercise to get them practicing their English and they gave us sweets in return – win! The first temple was rather disappointingly covered in scaffolding so we couldn’t go in the main hall but the hilltop location was still nice to walk around. 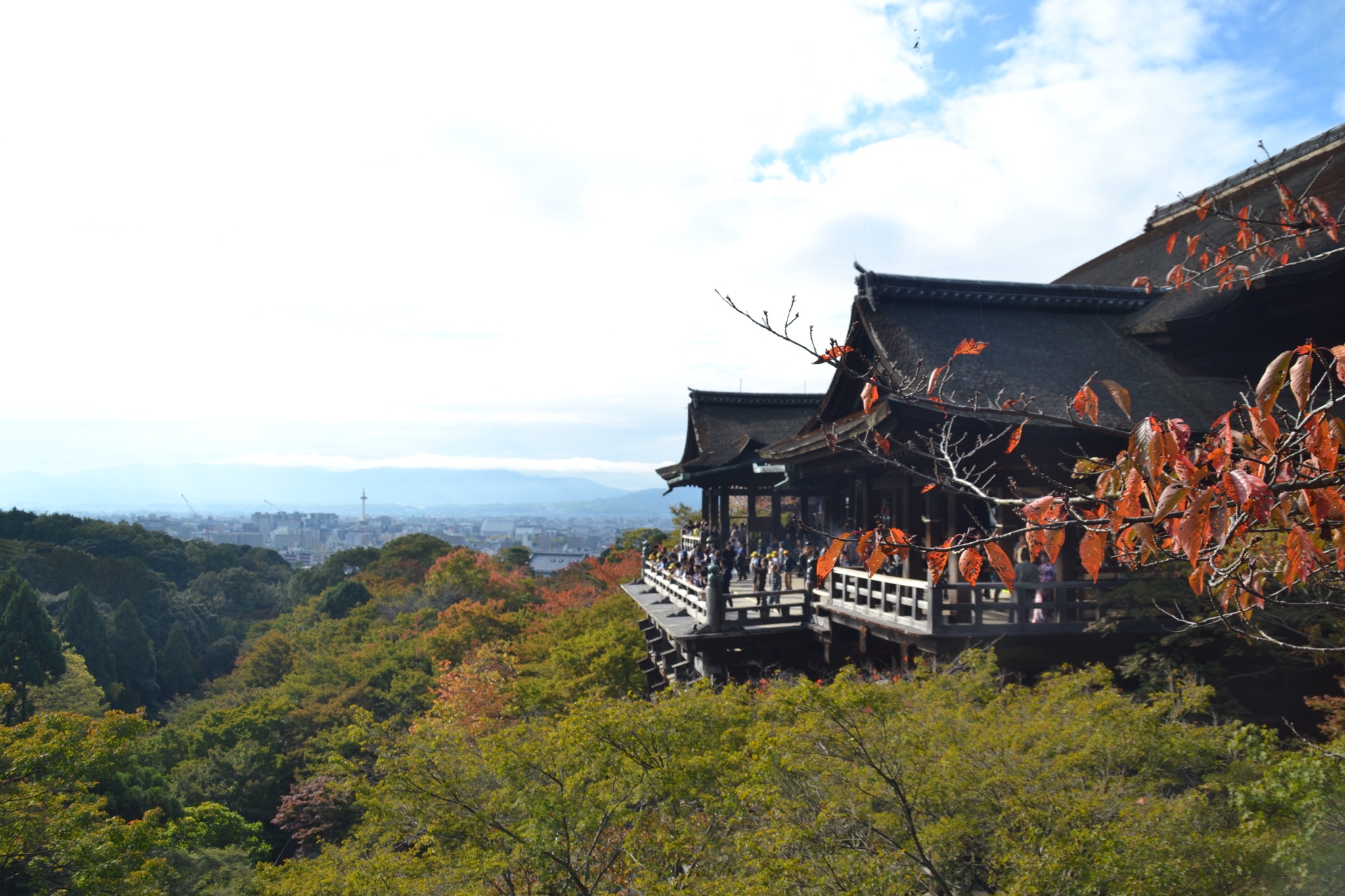 Kyoto is famous for Geisha – female hostesses / entertainers skilled in various arts such as classical music, dance and conversation. I don’t think we saw any real geisha in Kyoto, but there were quite a few people who had dressed up as them, as well as lots of people wearing other traditional Japanese costume such as kimonos. It’s possible to rent them for the day in Kyoto so I think this is what a lot of people had done. 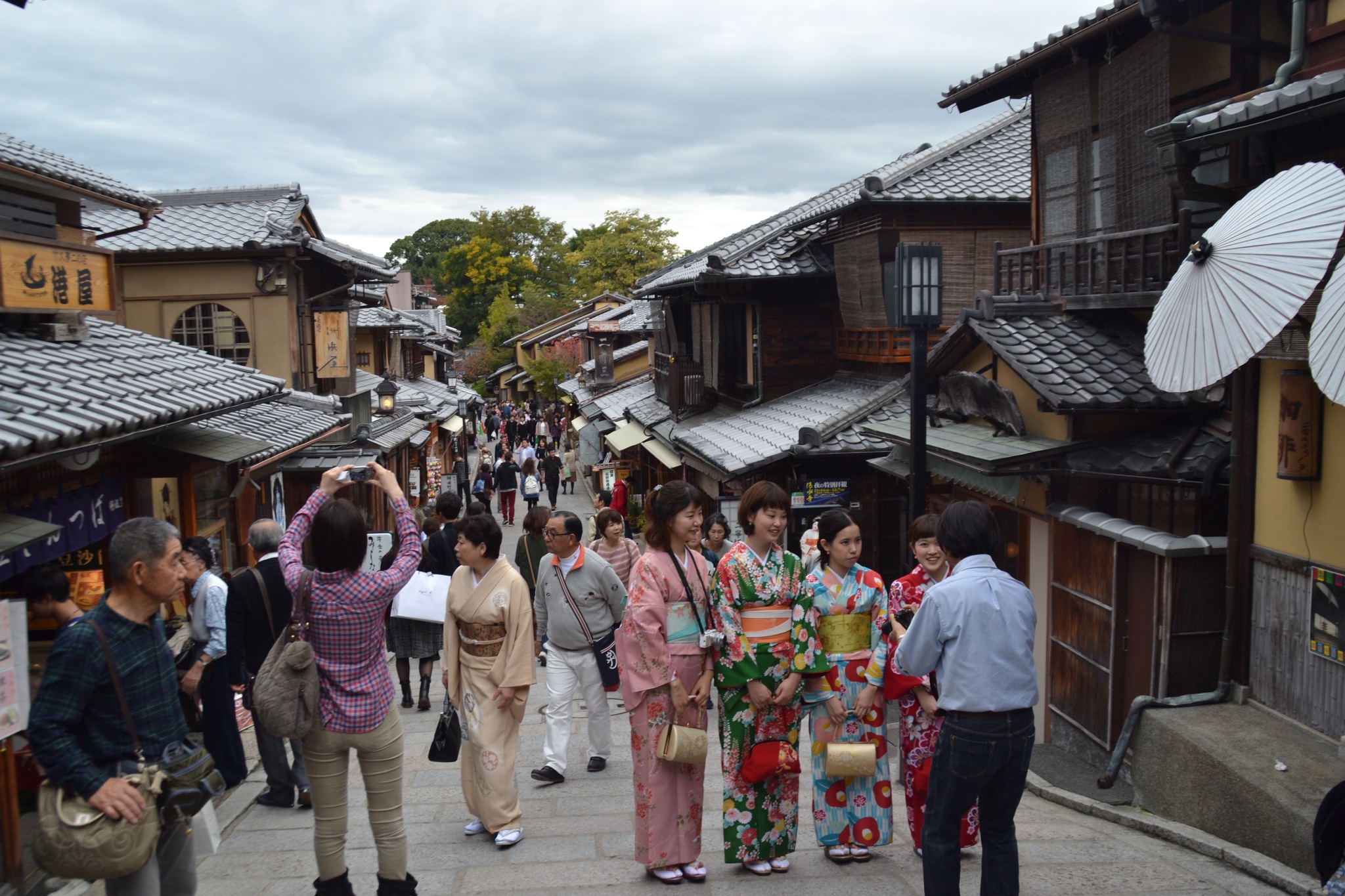 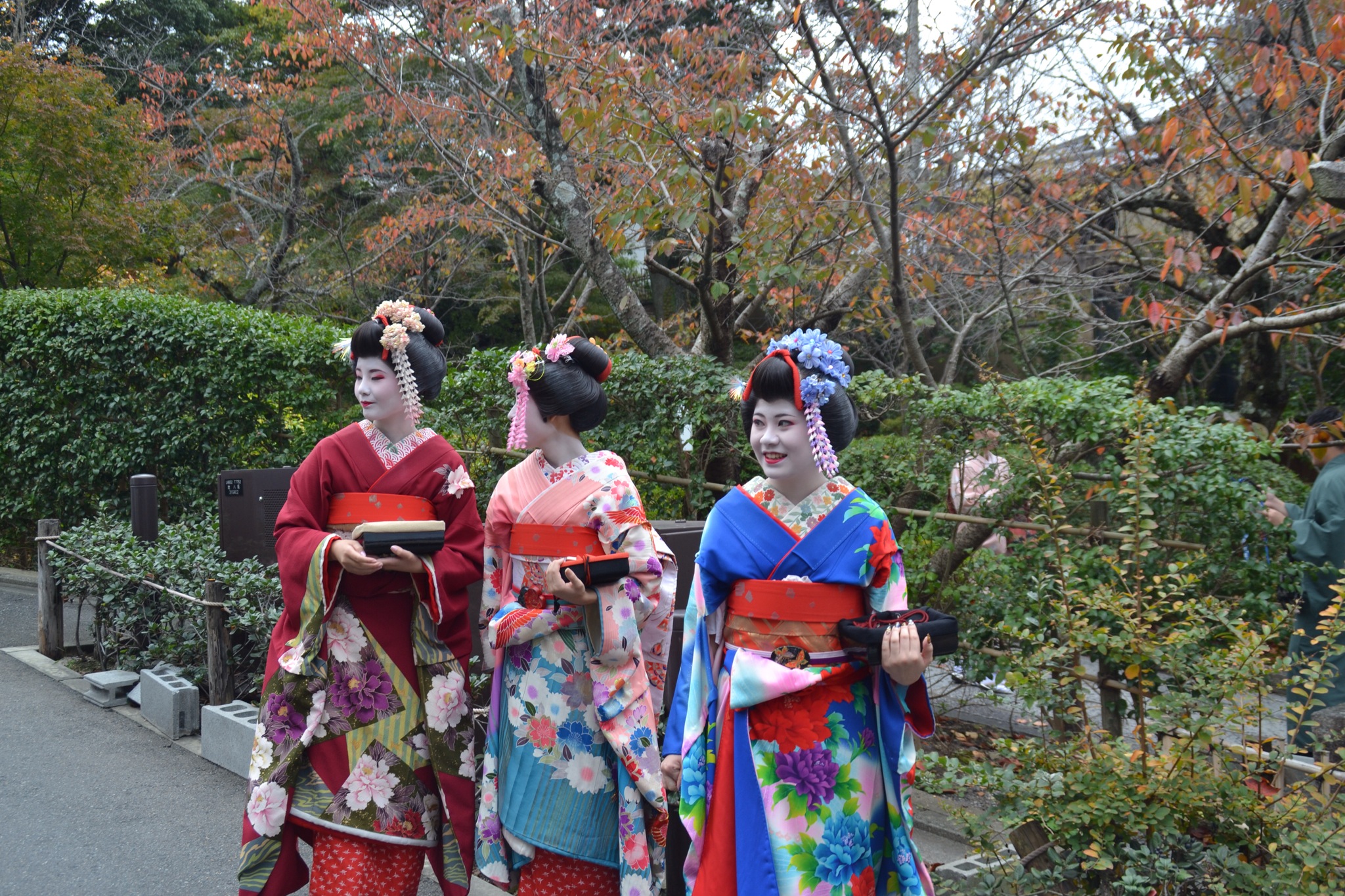 We saw a few more temples, including a couple more with scaffolding but my favourite was Kodai-ji, built by a woman in memory of her late husband. The gardens were beautiful and there were some amazing lanterns made only of paper but which looked like they were metal. 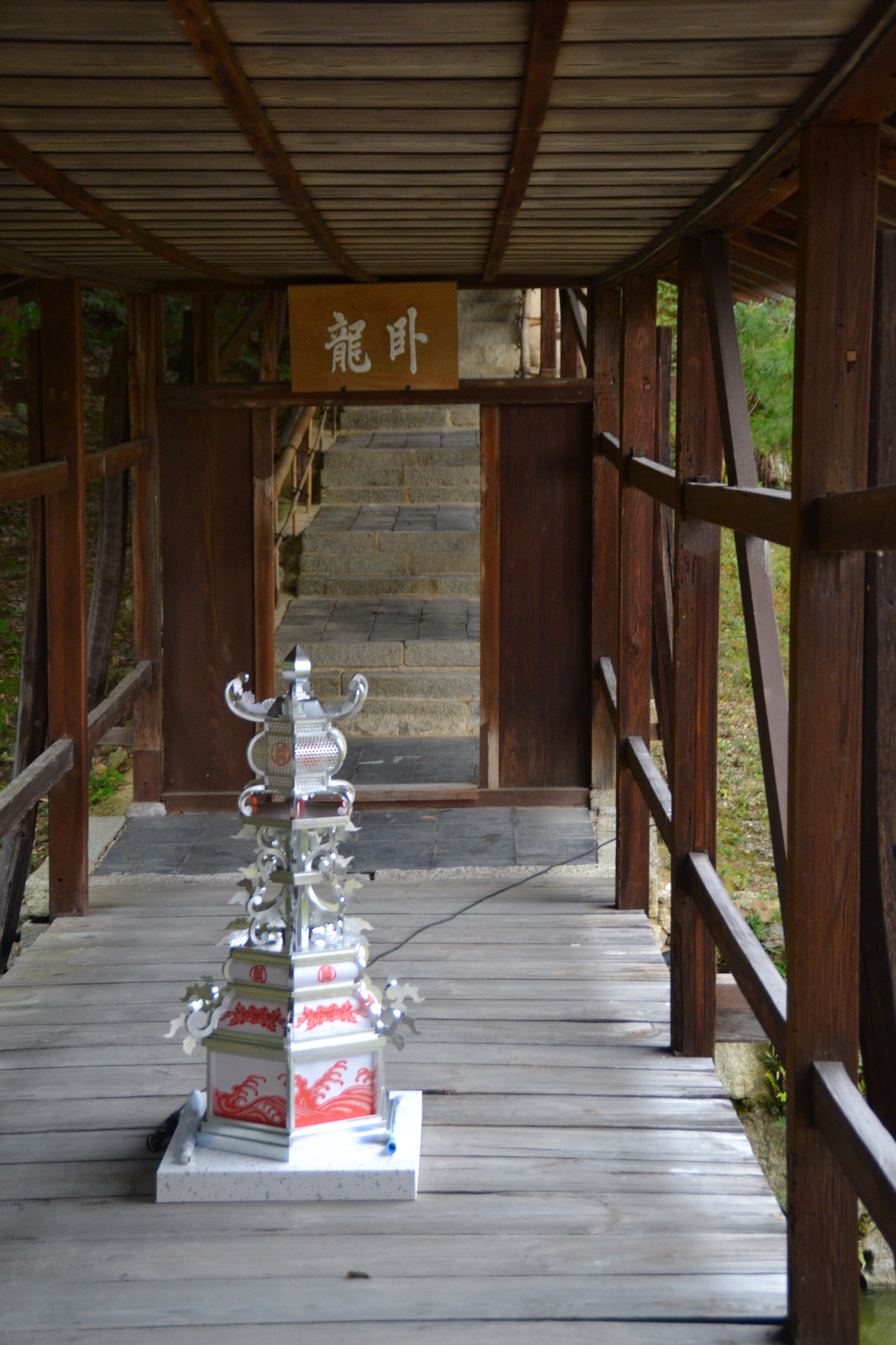 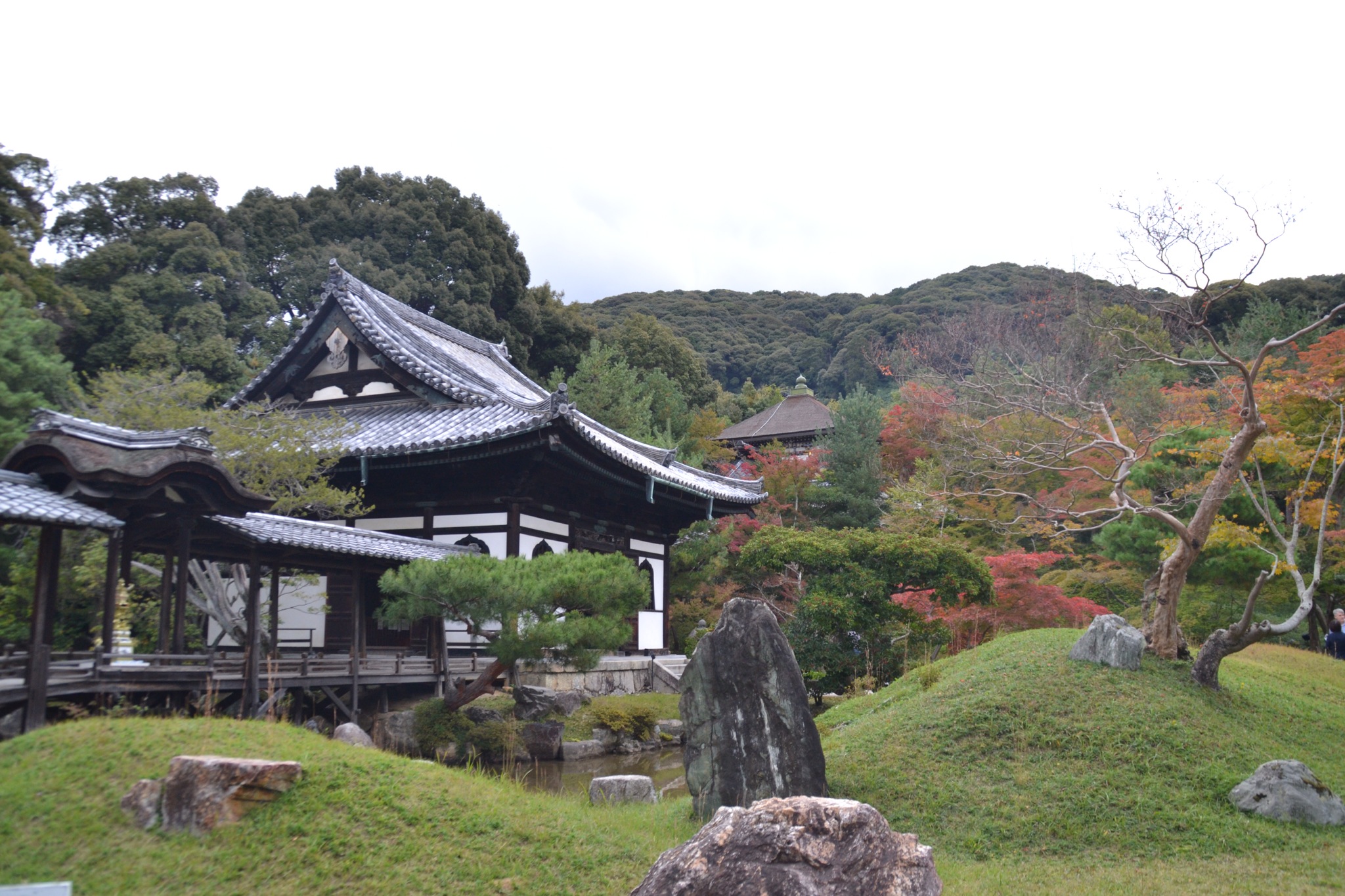 The following day, we started by visiting the Arashiyama area. Here there is a bamboo lined pathway which we followed before visiting Tenryu-ji, whose gardens are part of the UNESCO sites in Kyoto, and Nison-in, where we saw some more scaffolding (!) but also a nice view of Kyoto from the top of the hill. 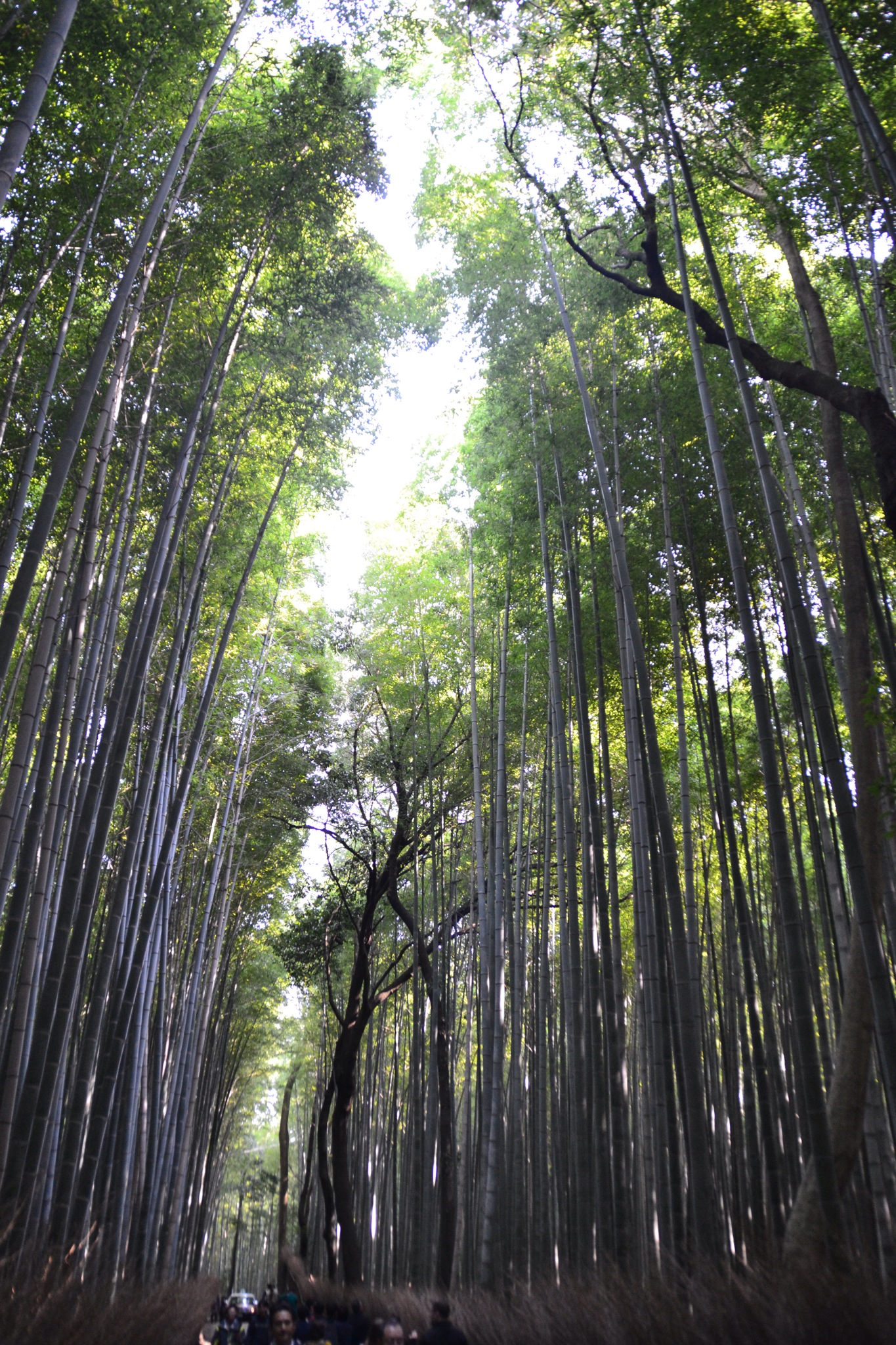 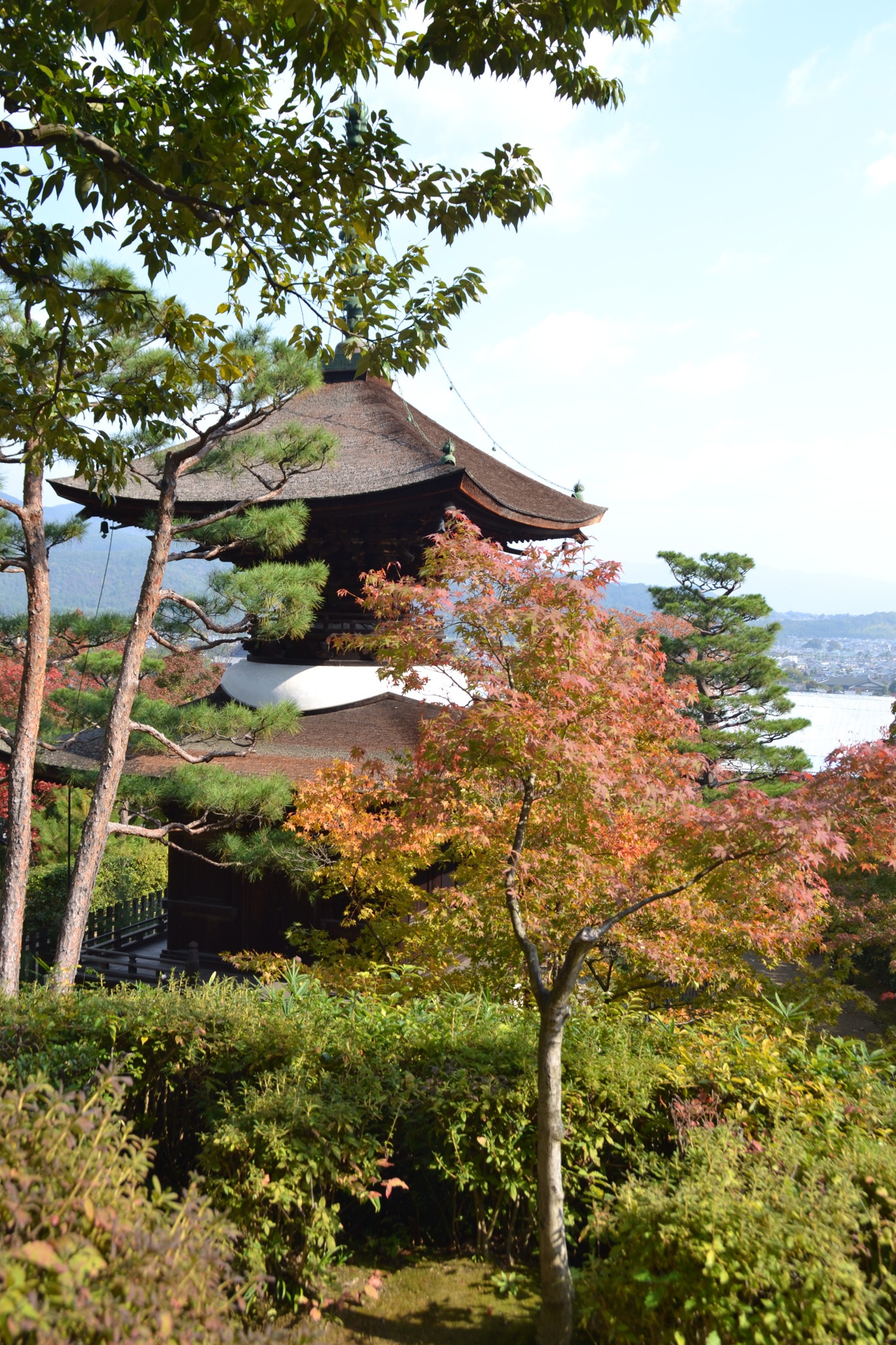 For lunch, I had my first Japanese Katsu curry – not a patch on wagamamas I was disappointed to find! I’ll probably give it another chance though later in the trip. In the afternoon, we visited Northern Higashiyama as we had read that Nanzen-ji was one of the finest temples in Kyoto. We weren’t all that impressed and while the gardens looked nice, it didn’t seem that you were actually allowed to walk through them, only peer at them from inside the temple halls. 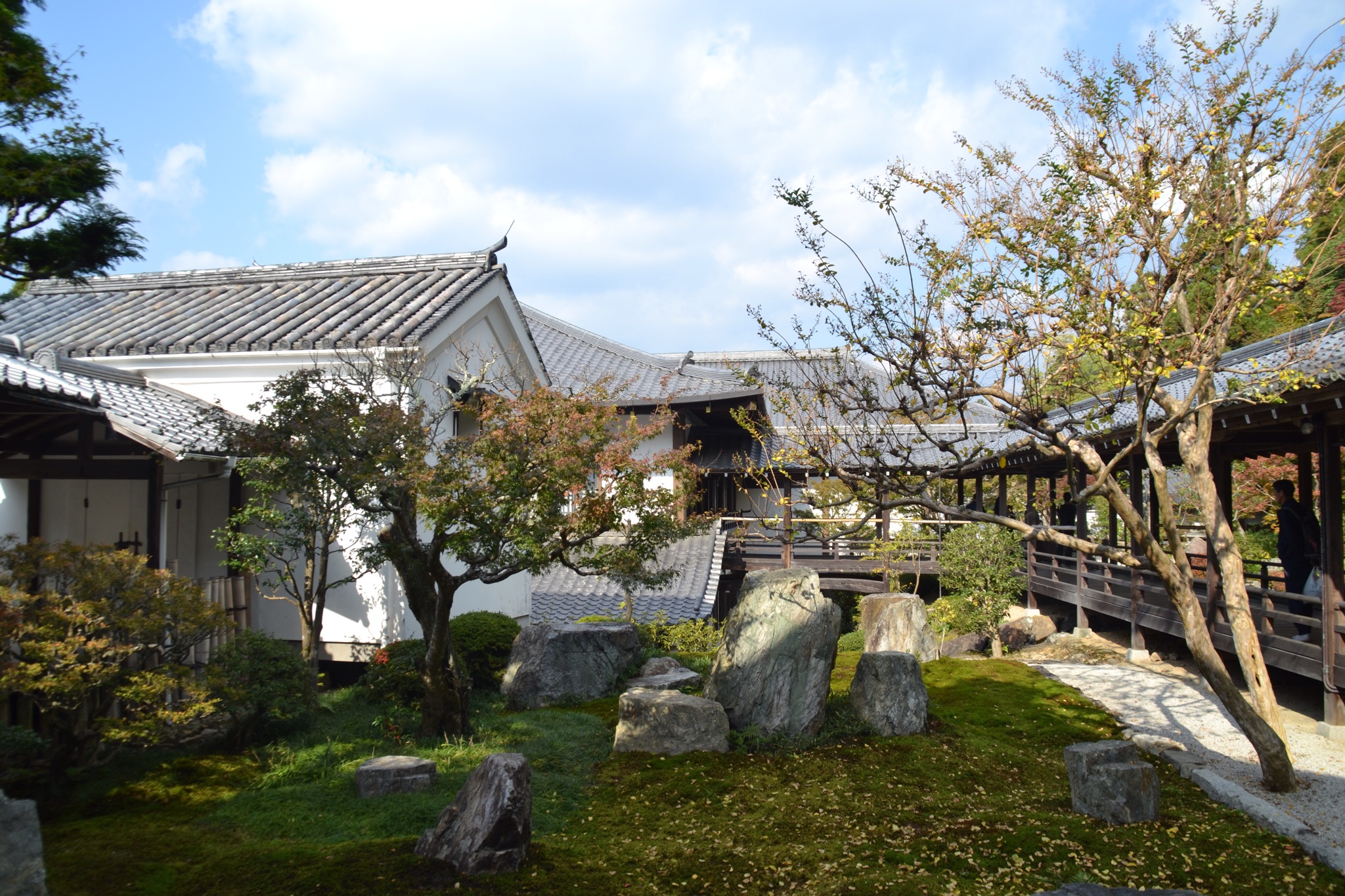 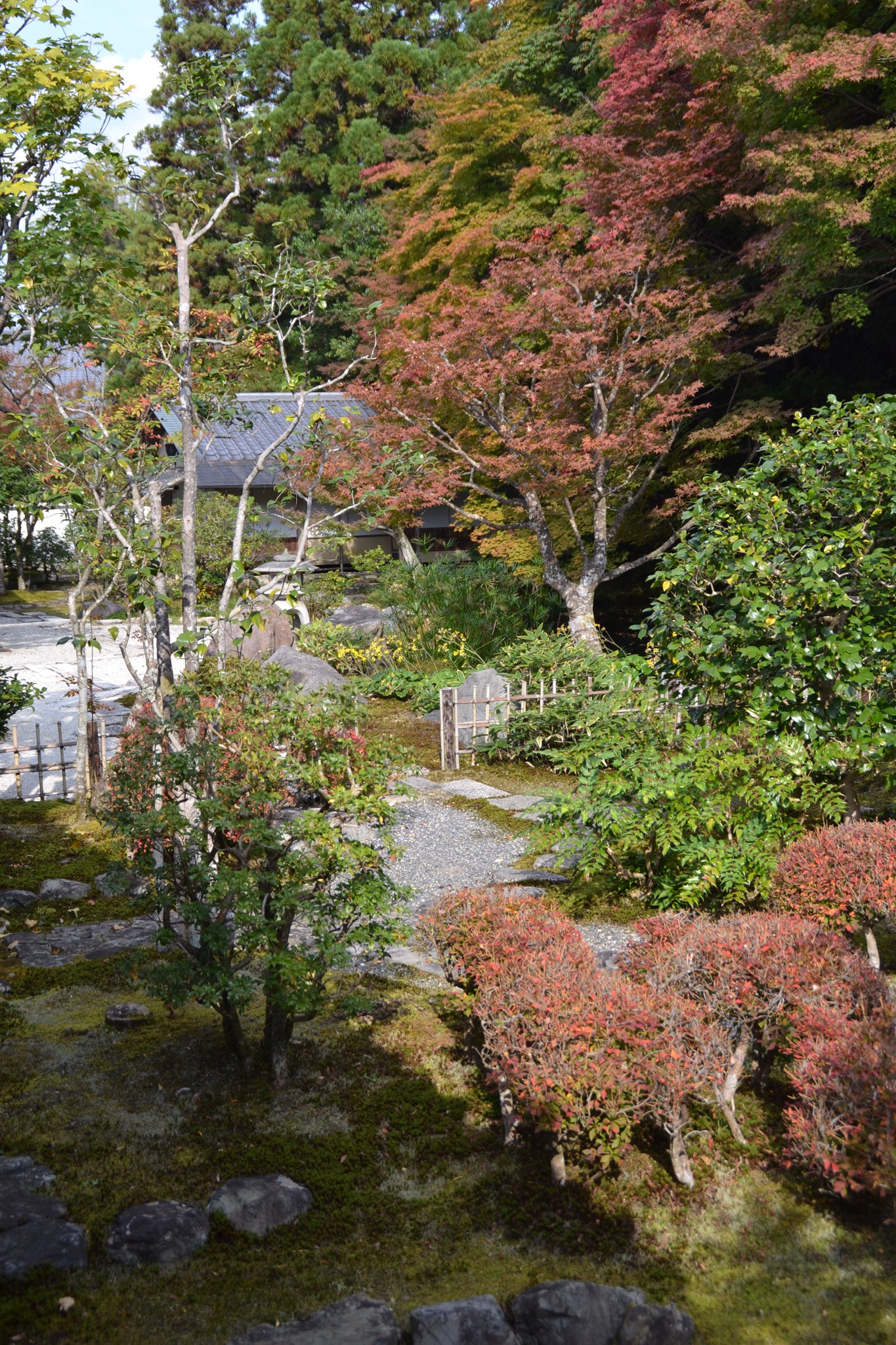 Walking up the slope behind the temple, there were also a number of hidden shrines, as well as a very Roman looking aqueduct. 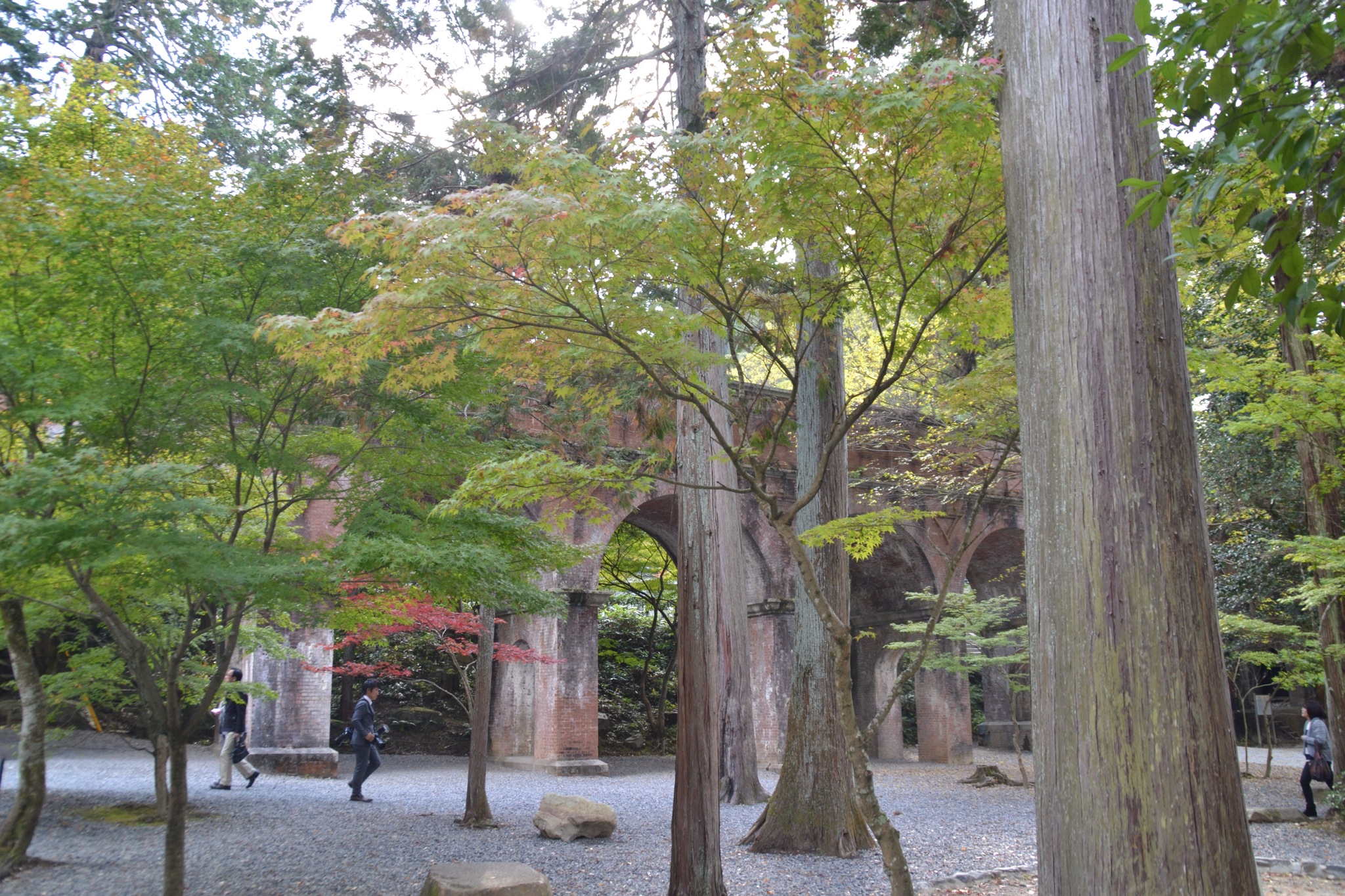 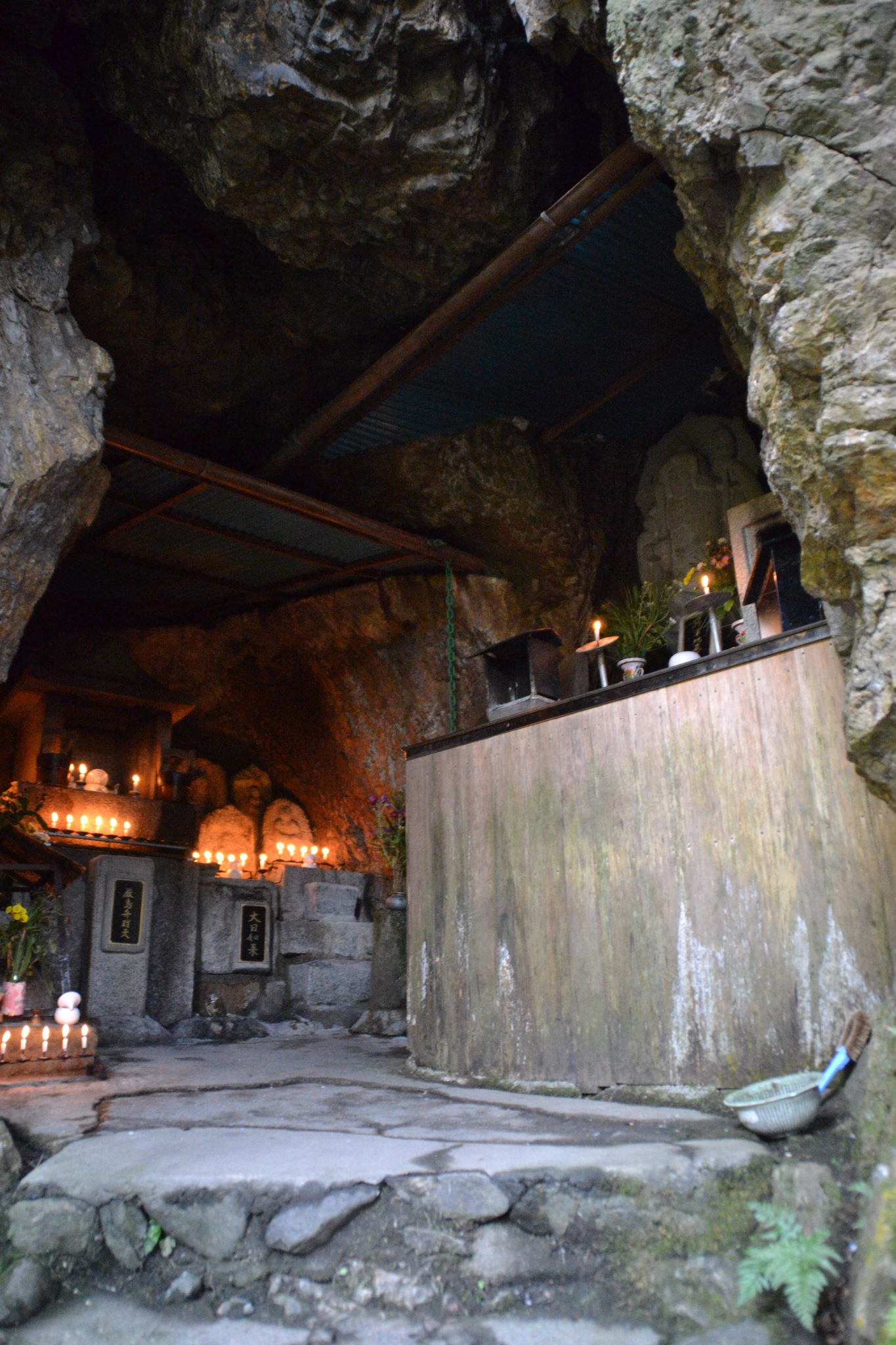 Our last stop in Kyoto was Heiyan Jingu. We paid to enter the gardens, which are apparently spectacular in spring but pretty empty in autumn although there were a few picturesque ponds and it was pretty peaceful. As we left the gardens, we spotted some kind of procession at the temple. Our first thought was wedding, but the Bride(?) didn’t look particularly cheerful if it was! 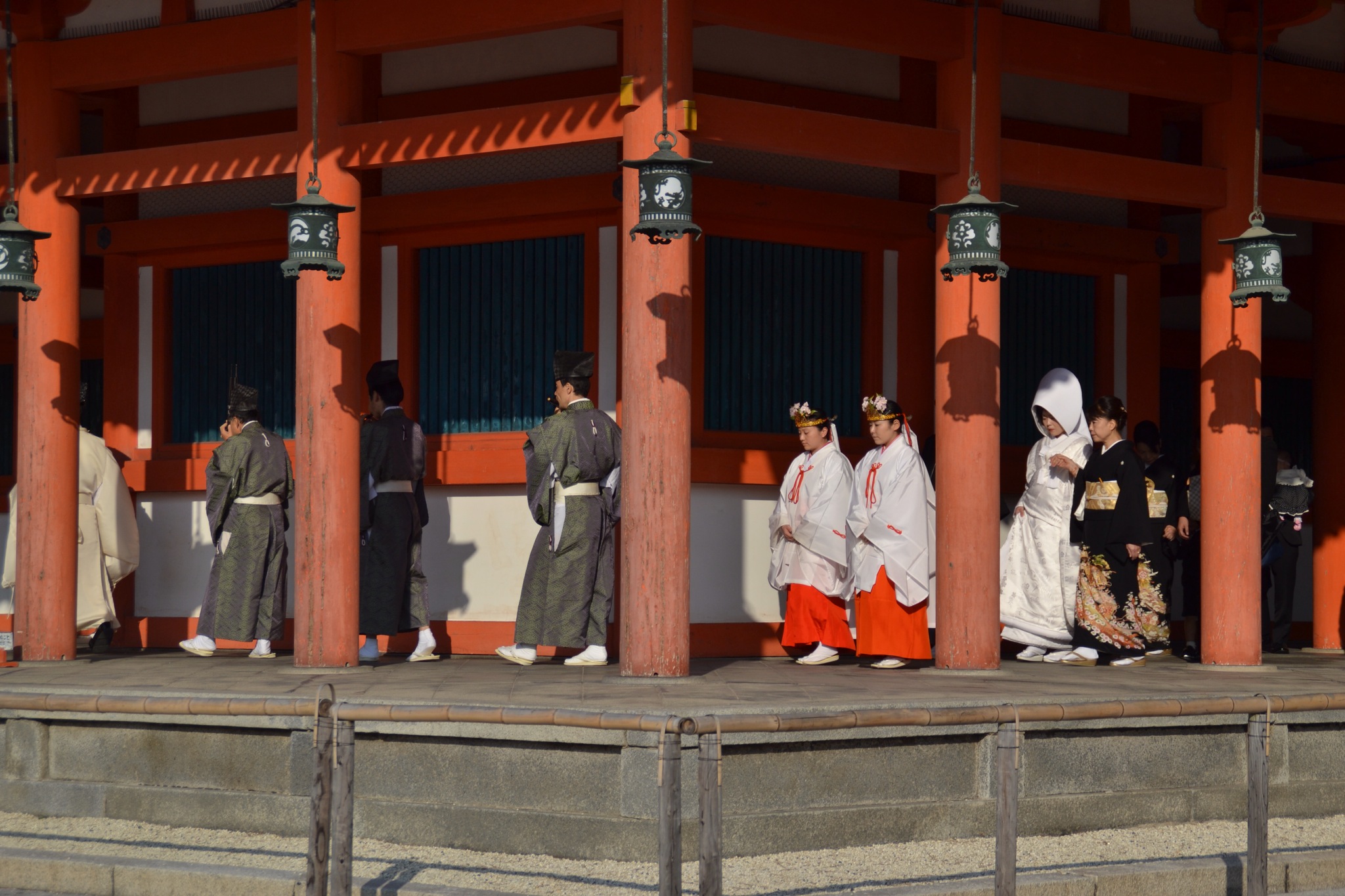 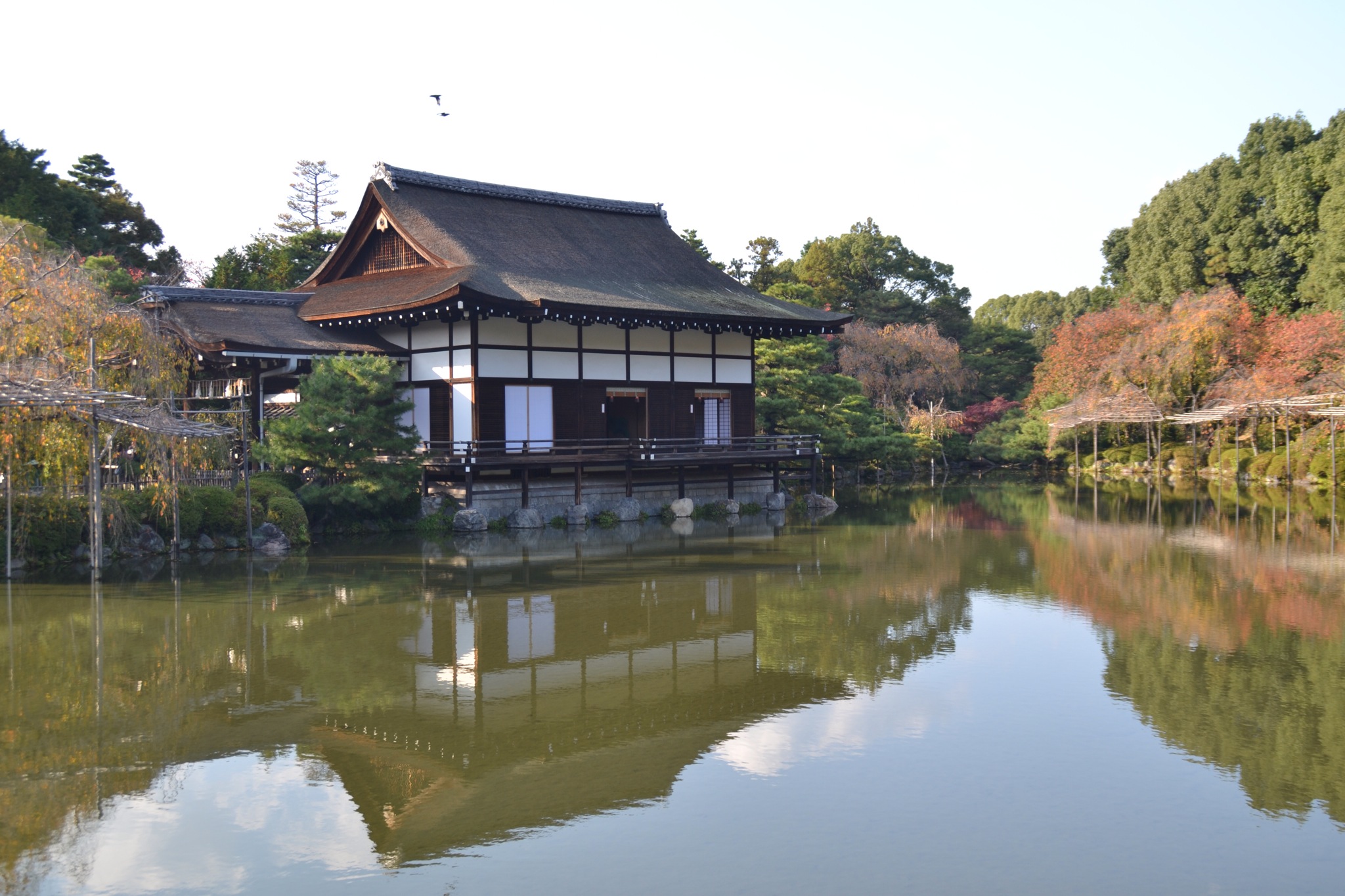 There was so much to see in Kyoto, I don’t think we saw even half. Dean had visited on his previous trip to Japan and apparently what he saw then was better than the places we saw this time (although he couldn’t remember where he’d been!) – we were a bit disappointed by the amount of scaffolding around, and didn’t really have any wow moments.
After two days of temple visiting, we were ready for a bit of a change, but I would definitely return to Kyoto again. As well as the fact that there’s plenty more sights for us to explore, the city had a lively atmosphere with plenty of bars and restaurants.