From Kota Bharu we flew to Kuala Lumpur. We found a great deal to stay at the Shangri-La with a rate that included afternoon tea and two hours of cocktails and canapés and one of the first things we did was make sure we got value for money there – no dinner was required after all those canapés!
We pre-booked a trip up to the sky bridge and observation deck of the twin towers for our first evening. The views were impressive and the construction of the bridge was pretty interesting. There’s a gap of a few inches at each end of the bridges to allow for the buildings moving in strong winds! 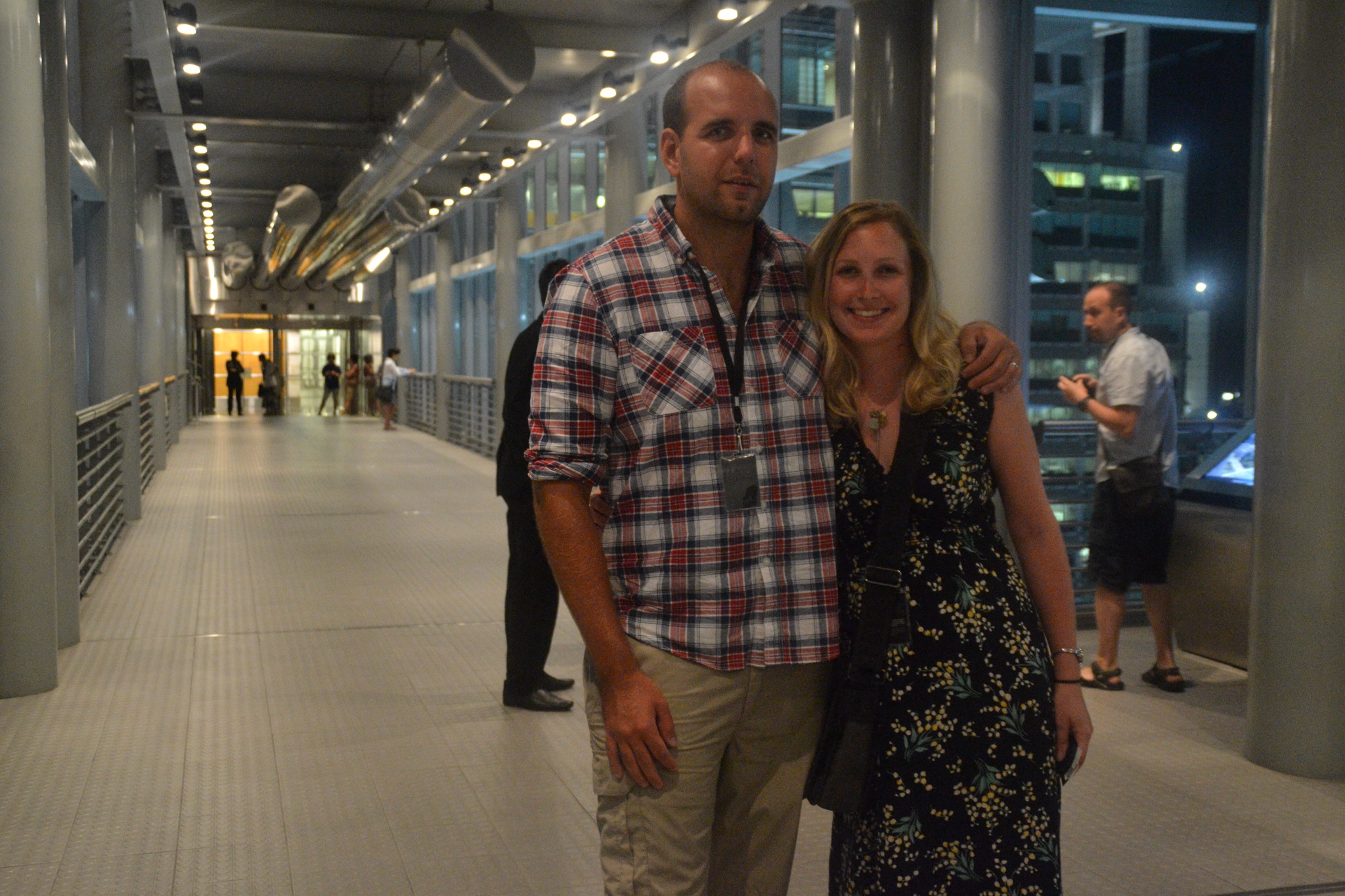 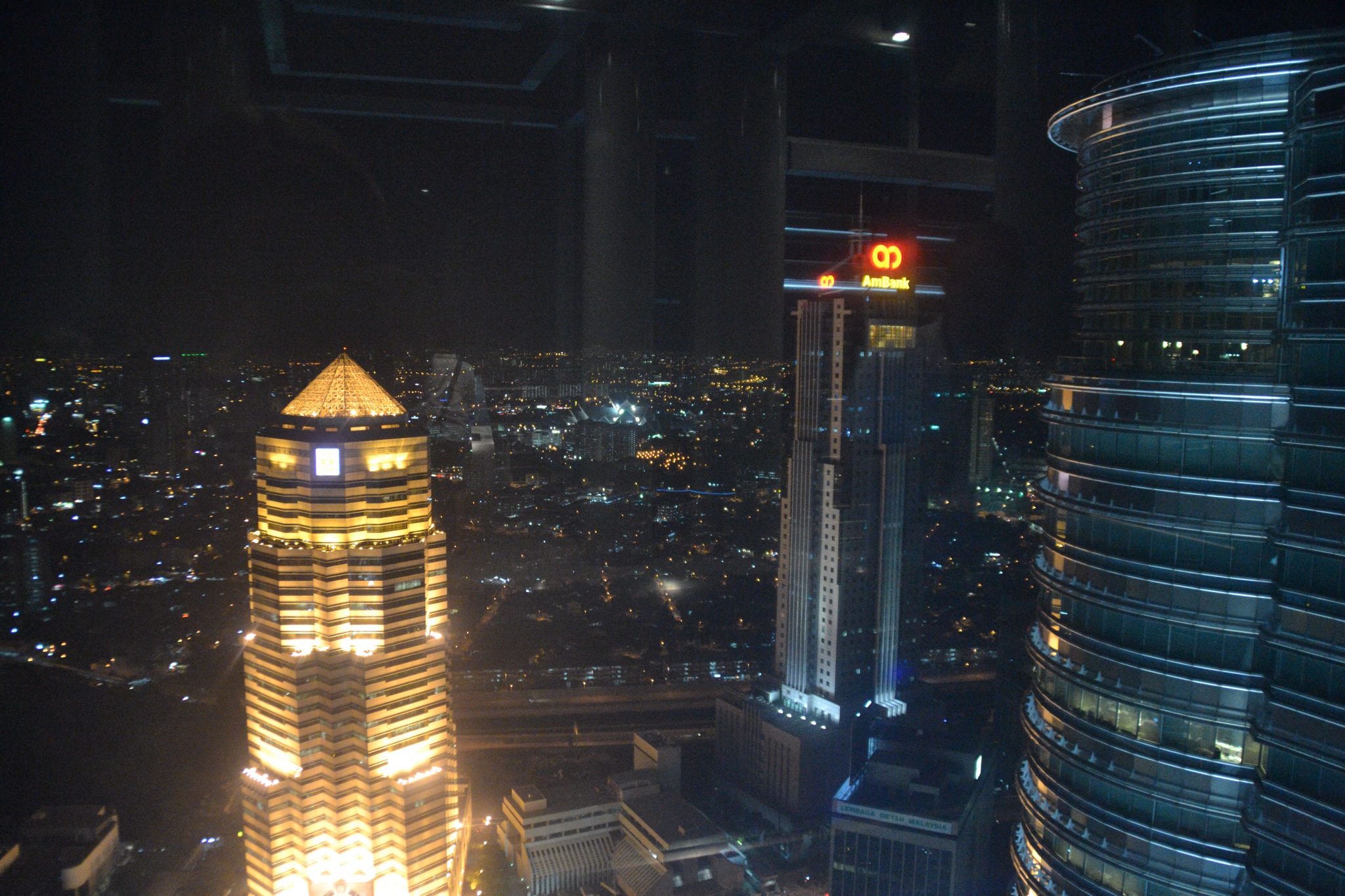 The next day we headed over to independence square which is where the Union flag was lowered and the Malaysian flag raised for the first time on 31st August 1957. As we were there a few days before Independence Day, there were a lot of preparations happening for the annual military parade. Surrounding the square are a number of interesting colonial buildings, including an Anglican cathedral and the Sultan Abdul Samad building which was once the offices of the colonial secretariat. With the skyscraper background, it was a pretty interesting contrast. 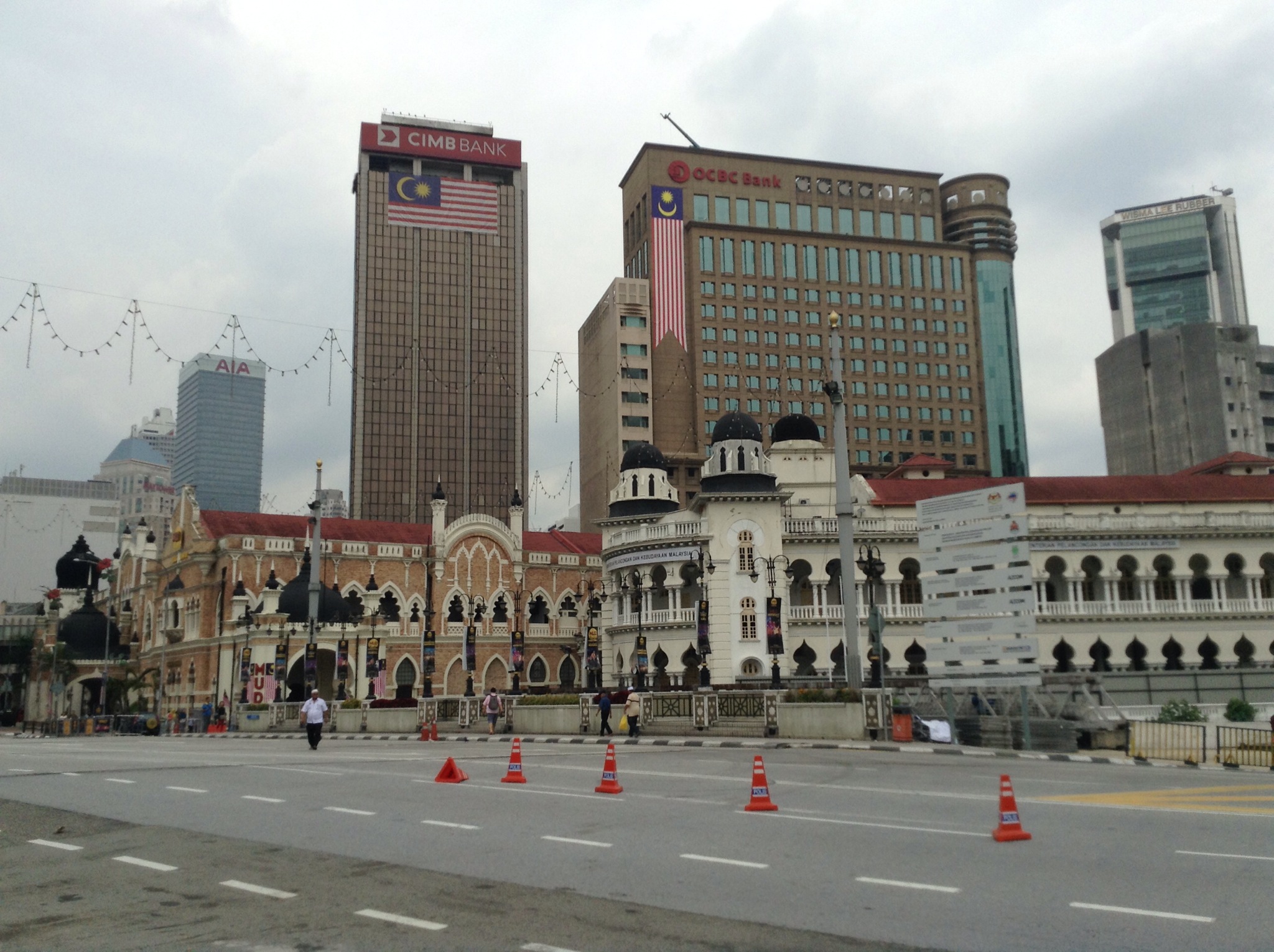 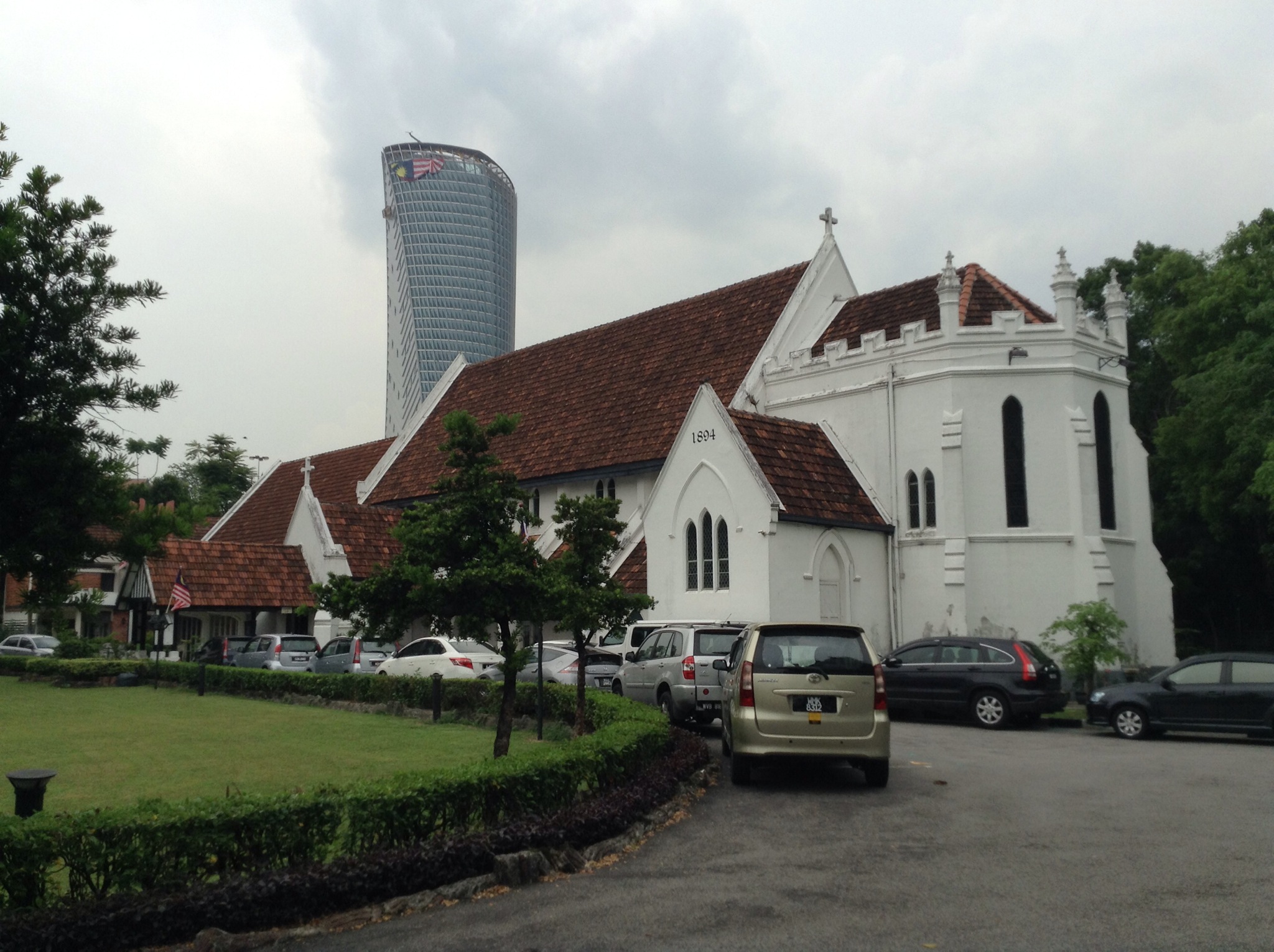 We then took a short walk to Chinatown and walked through the market street there, which sold much the same type of product as we’ve seen else where – knock off handbags and t-shirts. 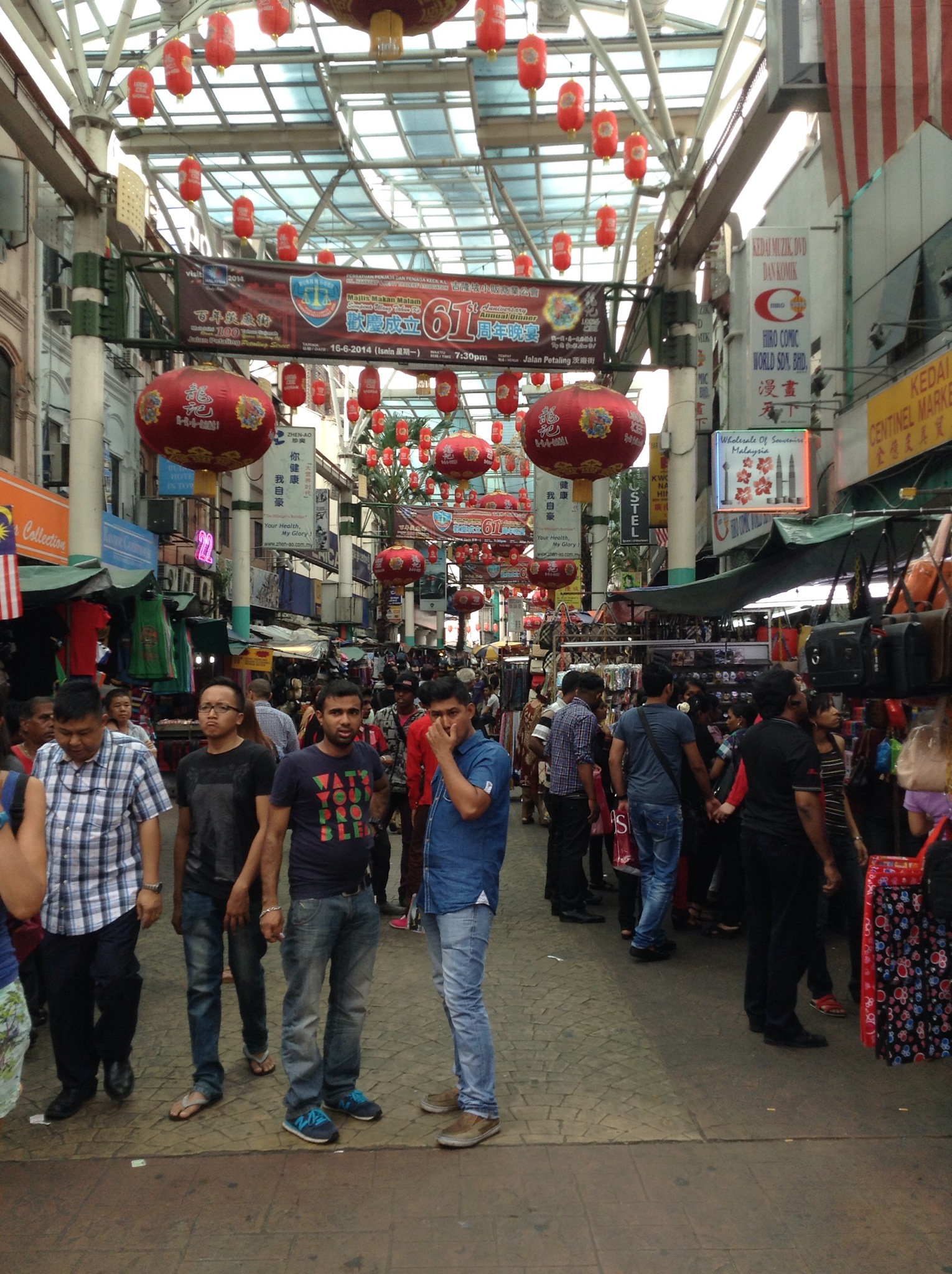 On returning to the hotel, we filled up on canapés before heading over to the Bukit Bintang area which was the main nightlife area. We found a balcony table from where we could people watch the street below and enjoyed some cocktails.

The next day we headed down to Times Square mall. Our experience of Asian malls so far was that they are huge, but this was something else ….. There was a ROLLERCOASTER ….. INSIDE THE MALL! We’d just filled ourselves with Nando’s so decided to give it a miss (nothing to do with us being wimps) but watched it go past a few times and it looked like a pretty good rollercoaster! We instead visited the amusement arcade in the mall and paid about £1 to play basketball, some shooting game and air hockey – bargain. 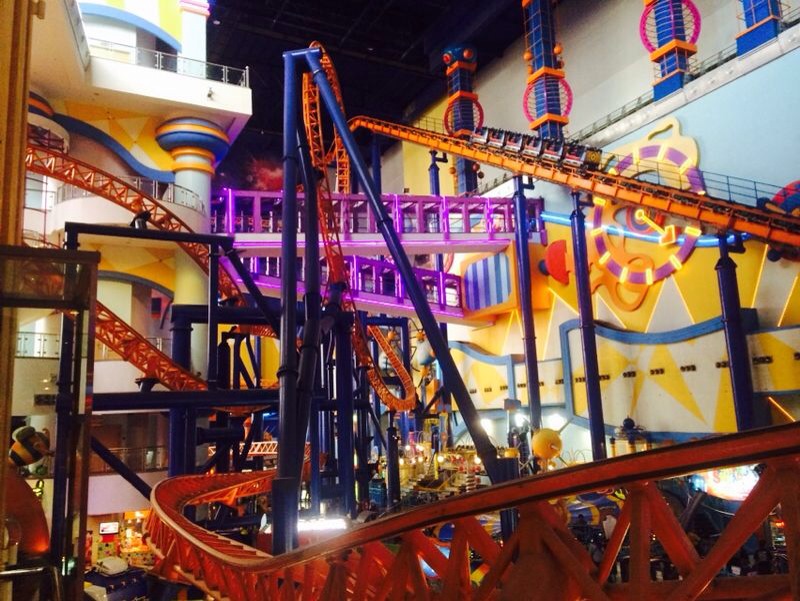 Next stop was KL bird park which is the worlds largest outdoor walk through aviary. The place was indeed huge and there was a good variety of birds, some of which you could buy food for to feed from your hands. There were quite a few peacocks around who were very interested in the ice creams we sat down to eat and not at all shy. Everywhere we’ve been in Malaysia, you can hear the Muslim call to prayer broadcast over loudspeakers and it was no different here and seemed to send all the birds into a squawking frenzy when it started! 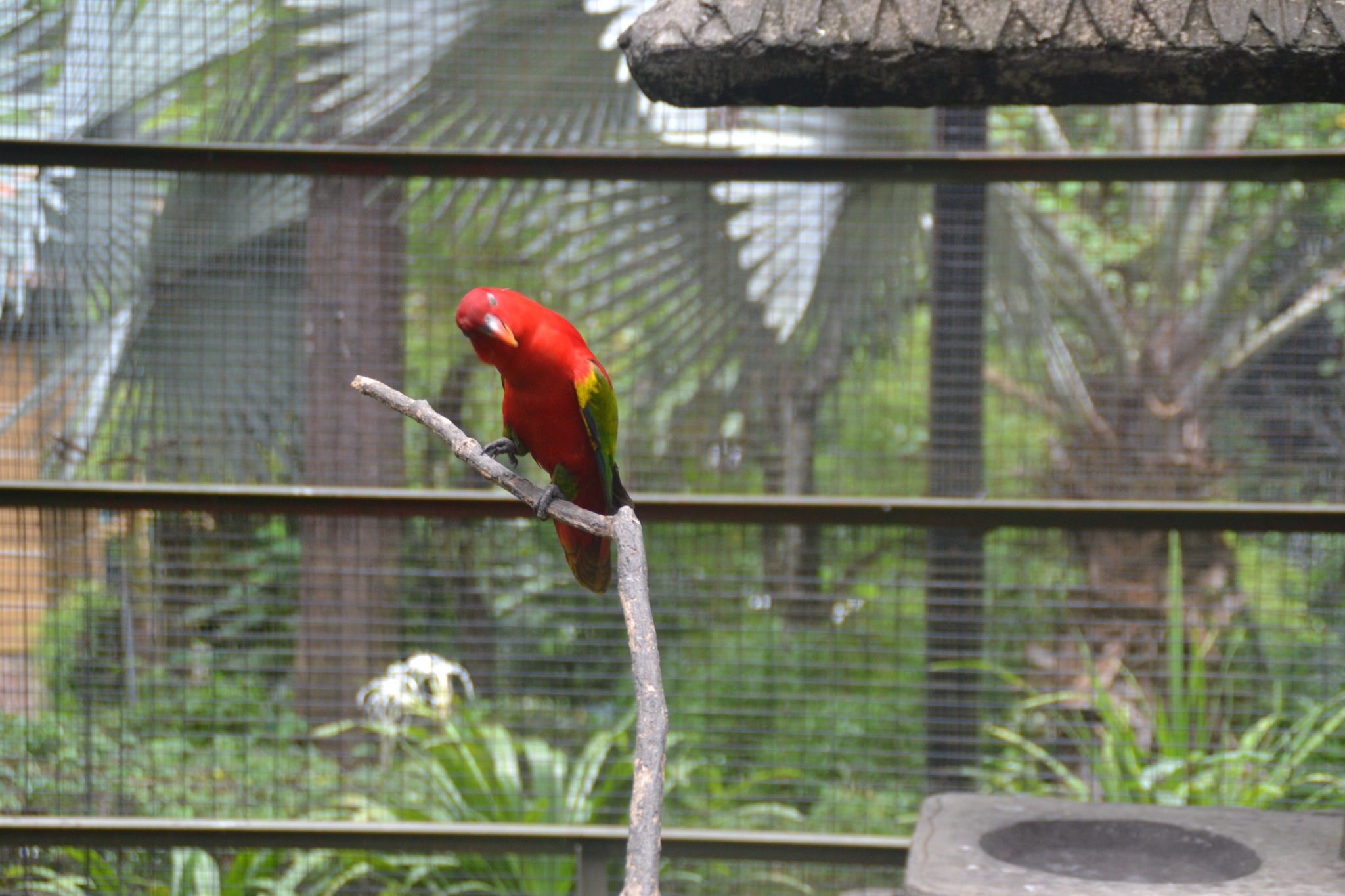 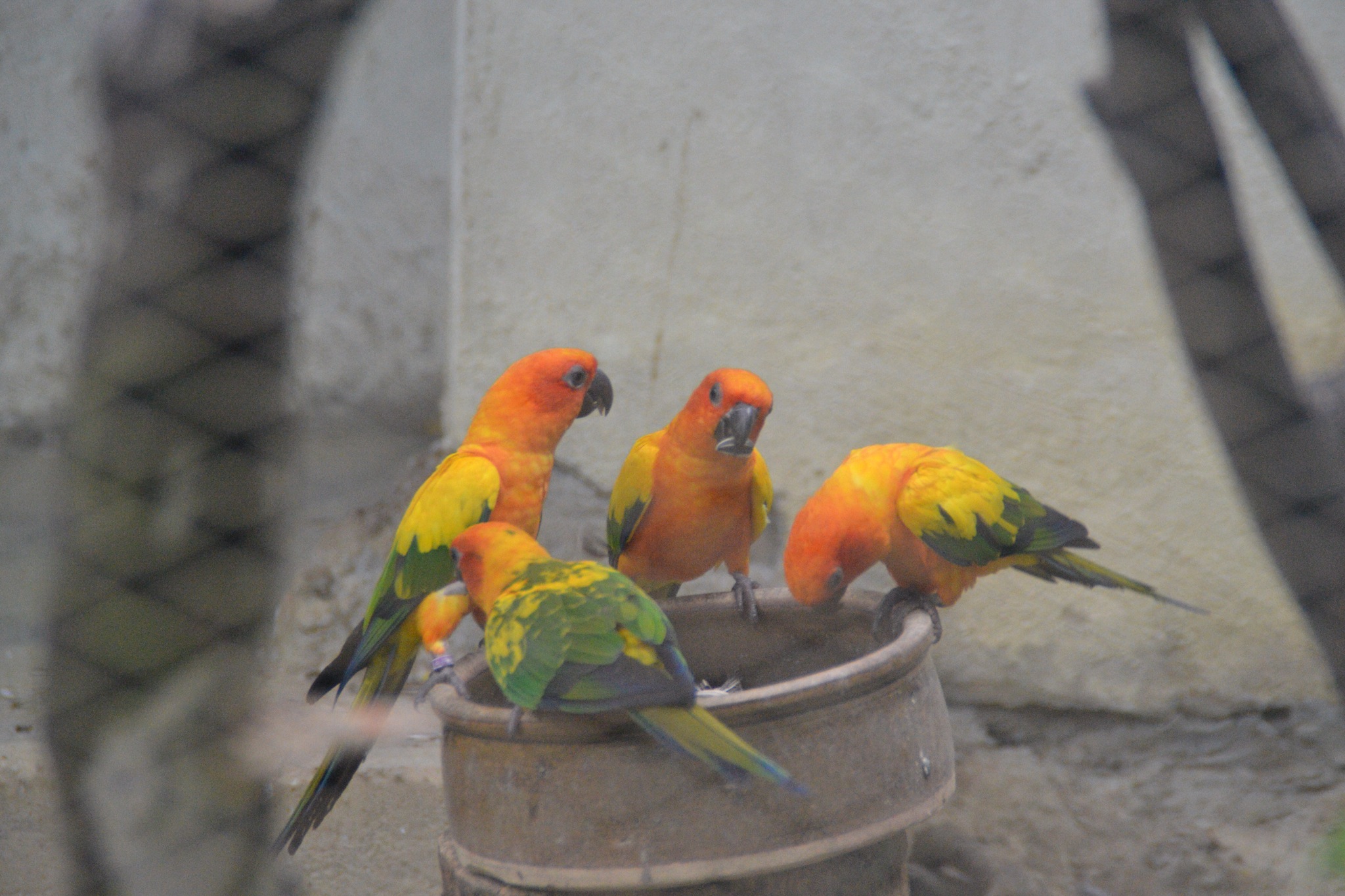 That evening, we decided to take another look at the Petronas towers but this time from the cocktail bar at the top of the Traders hotel. Although expensive and busy as it was Saturday, it was a really nice place with yummy cocktails. There was a pool up there too for hotel guests but it was closed while we were there although one guy did decide to go for a swim but was surrounded by security guards pretty quickly! 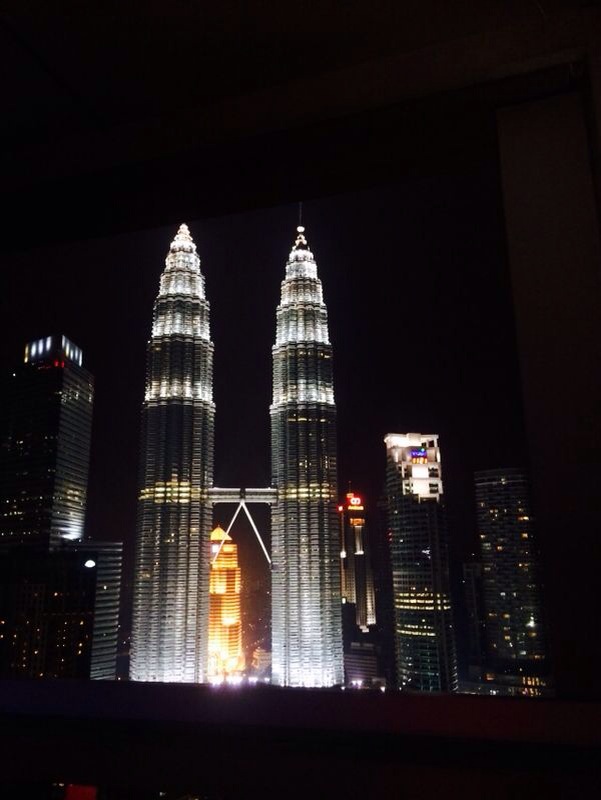 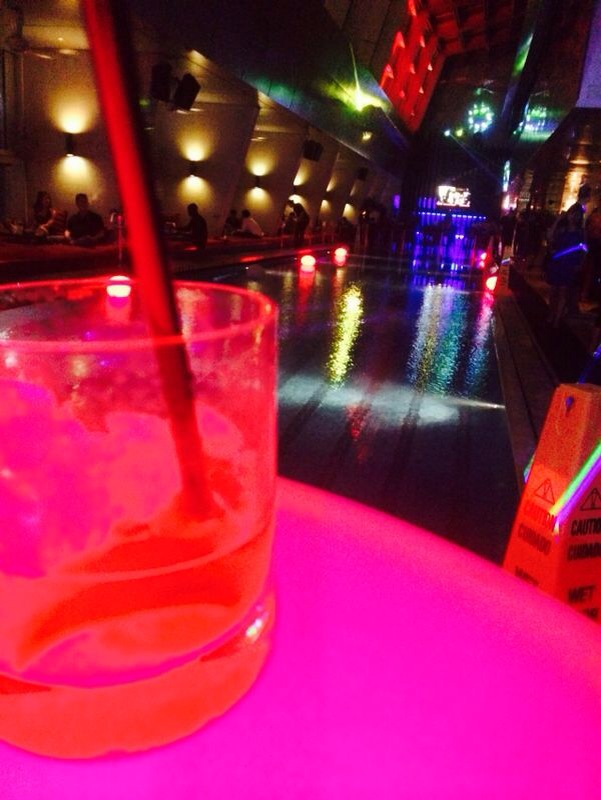 We enjoyed our time in KL, although we found getting around tricky, it’s a sprawling city, crossing roads was nearly impossible, taxis seemed overpriced, terrible traffic and public transport was not all that convenient. Next stop is Malacca though which should provide a change in pace again.