So two weeks chilling by the beach has caused me to fall behind on the blog – sorry folks! From Vietnam, we went back to Thailand via Kuala Lumpur where we spent a day doing ‘normal’ things like eating subway and going to the cinema. Won’t write too much about it as we plan to spend more time here later in the trip but here’s a quick pic of the Petronas towers which were near our hotel and mega impressive…. 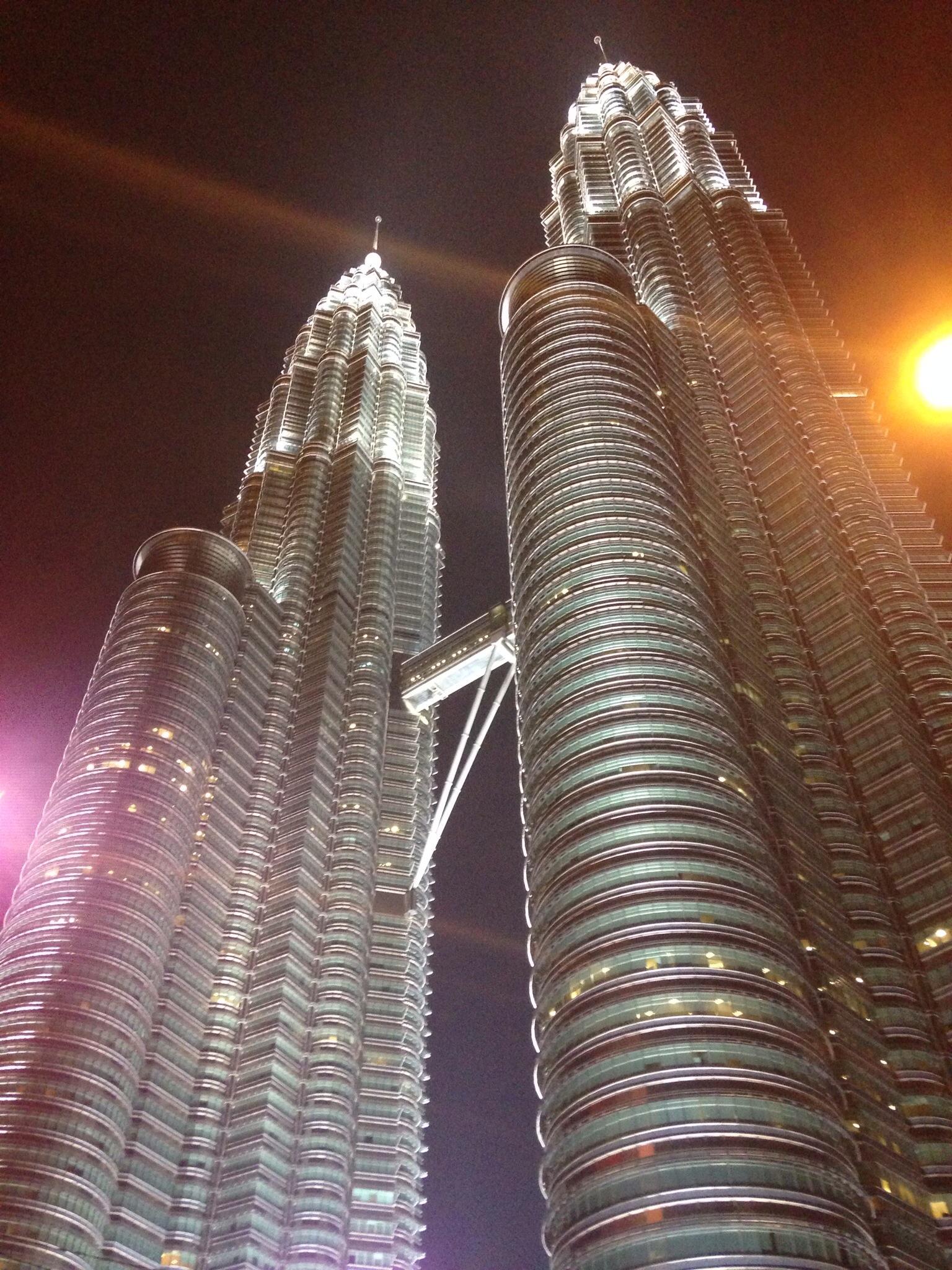 We flew to Koh Samui and then took a ferry to Koh Phangan, home of the full moon party. We stayed in two places, The Coast Resort near the main party town of Haad Rin and then we met our friends Mike and Katy to spend 3 nights at Da Kanda near Thong Sala.

Both our hotels were right on the beach (Ao Hin Lor and Baan Tai) and while the beaches were a bit stony in comparison to others on the island and the sea too shallow for swimming, the views were beautiful. 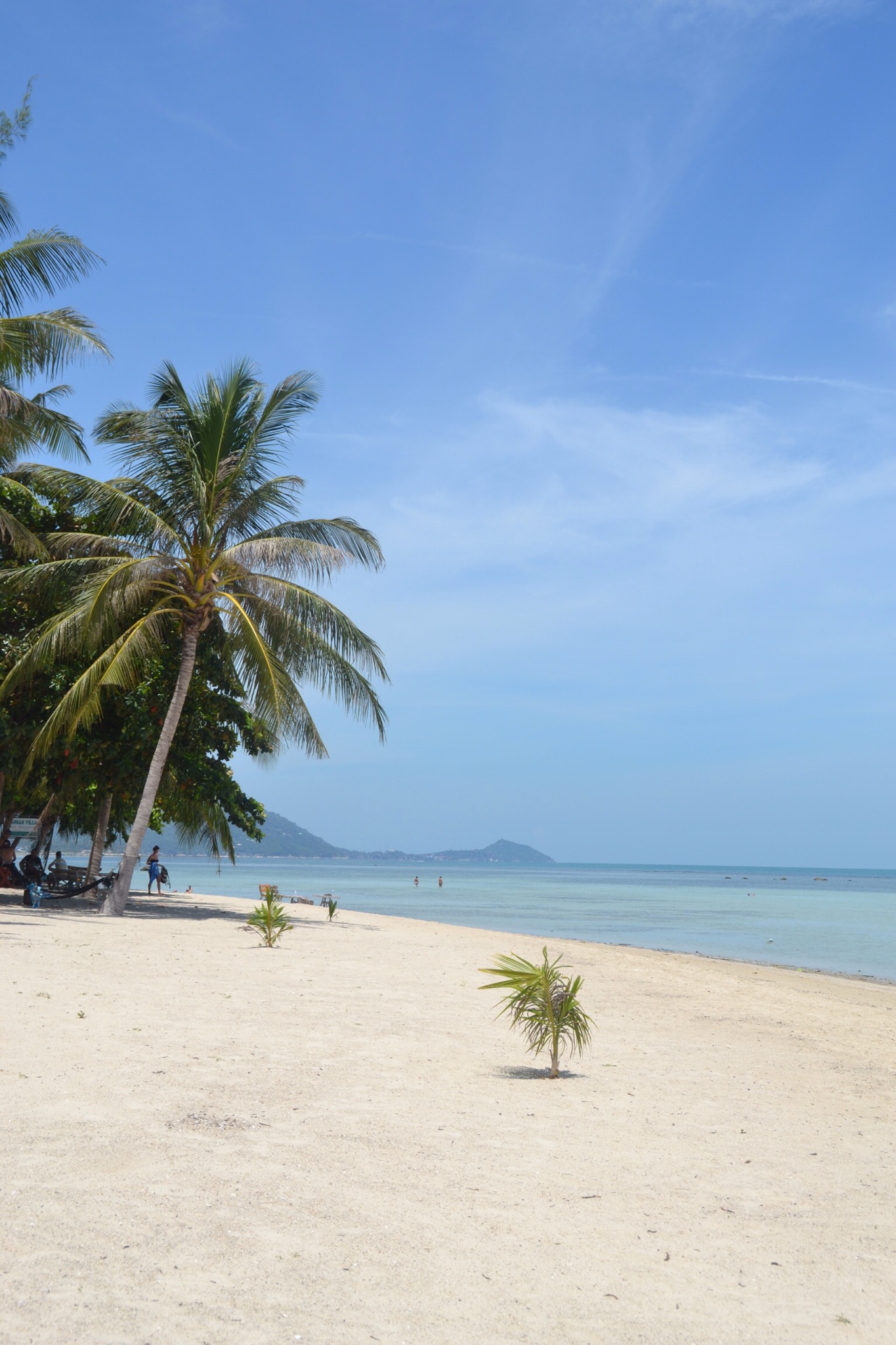 The main tourist beach, Haad Rin, has possibly the softest sand I’ve ever walked on and is lined with bars and stalls selling buckets of alcohol where you pick your spirit and mixers and tip them into a bucket and add straws – dangerous! The stalls all generally had Western names, which meant we could blame any hangovers on ‘Anna’ (we let our friend Anna back in England know it was all her fault) or ‘Katy’! A few of the bars had fire shows ouside with poi and batons. We headed down here a couple of times in the lead up to the full moon party. 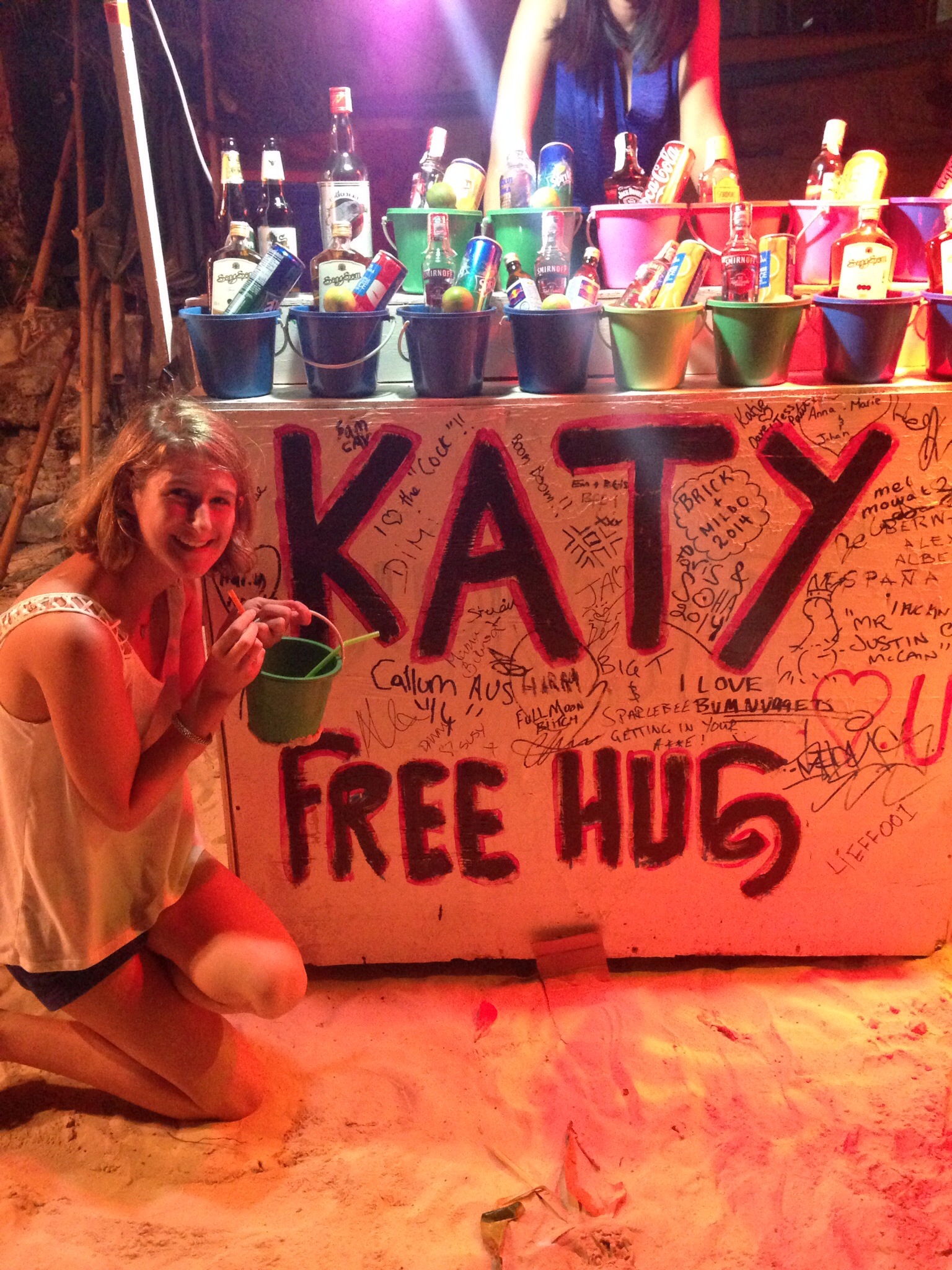 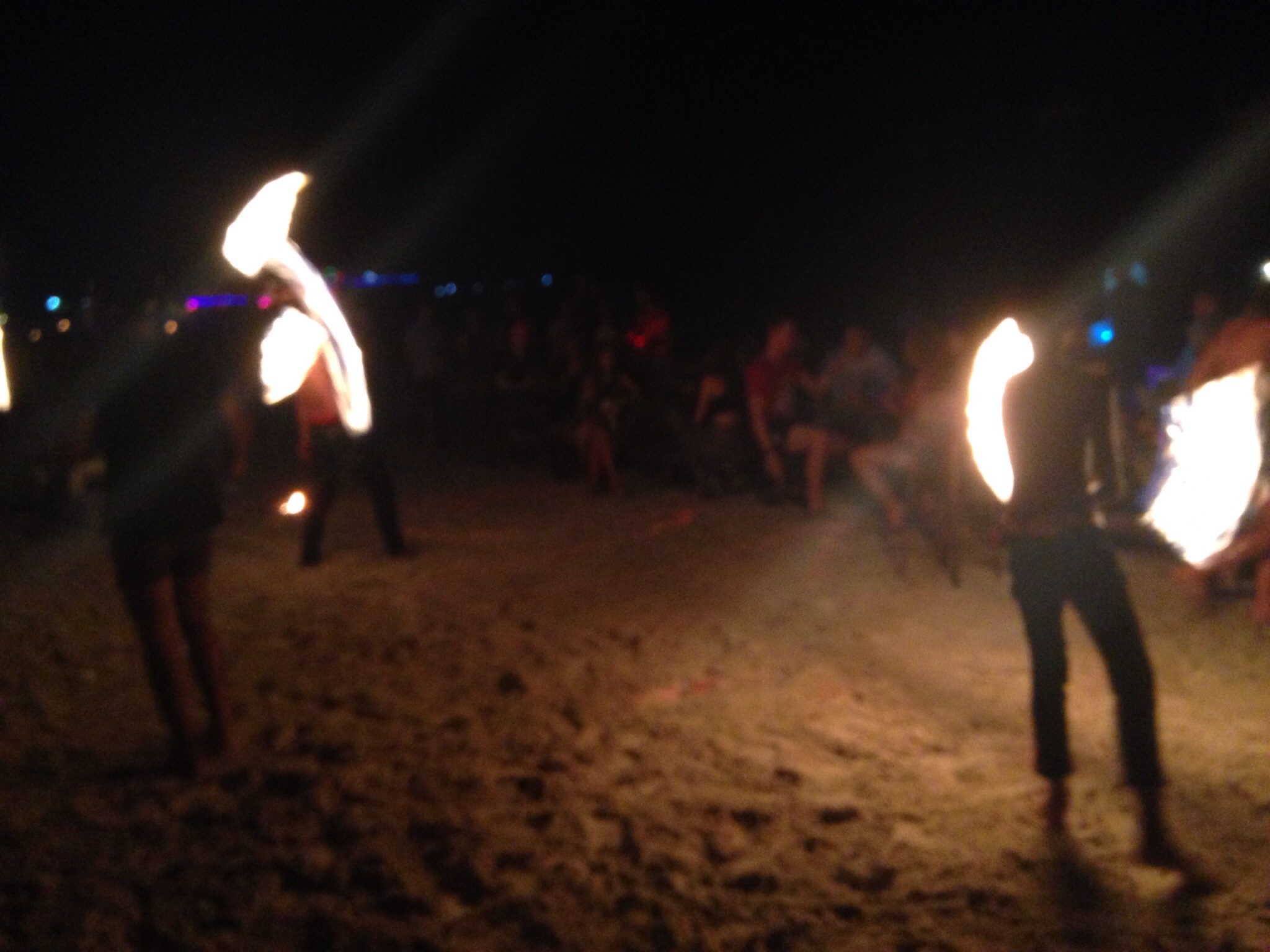 Before Katy and Mike joined us, Dean and I took part in a beer pong tournament at a Danish run bar. We made it past the first round where our opponents were two Icelandic girls in bikini tops, we suspected yo distract their male opponents. Unfortunately I let the team down in the second round only getting one ball in but it was good fun none the less!

On the eve of the full moon, we went to possibly the most surreal pub I’ve ever been to – The Masons Arms, a large Tudor style pub in the middle of a tropical island. The only give away that you weren’t in England was the palm trees in the beer garden! The food was really good, better than some pub food I’ve had in England. I read a rumour online that the pub is a full scale replica of one the landlord owned in England. 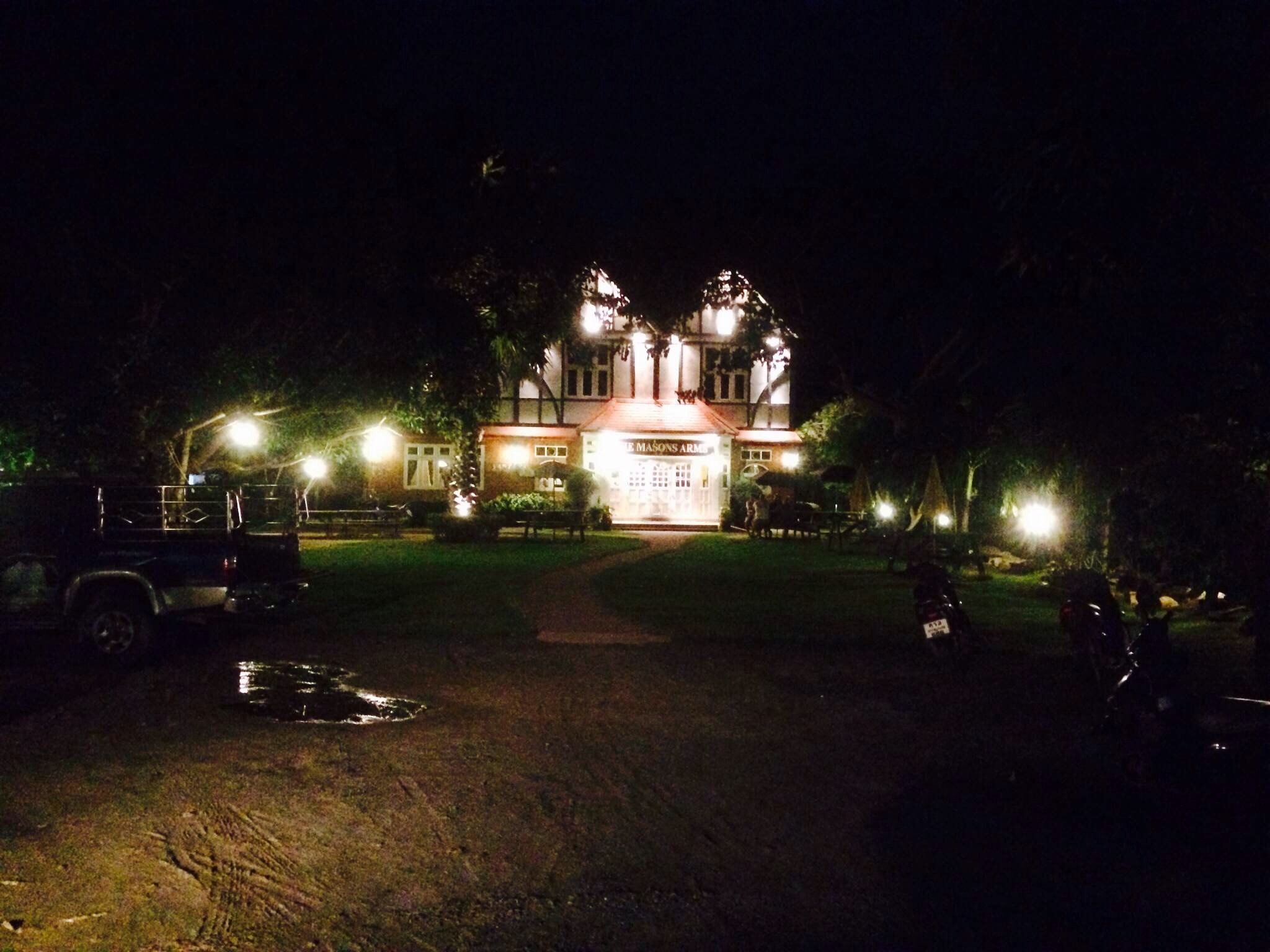 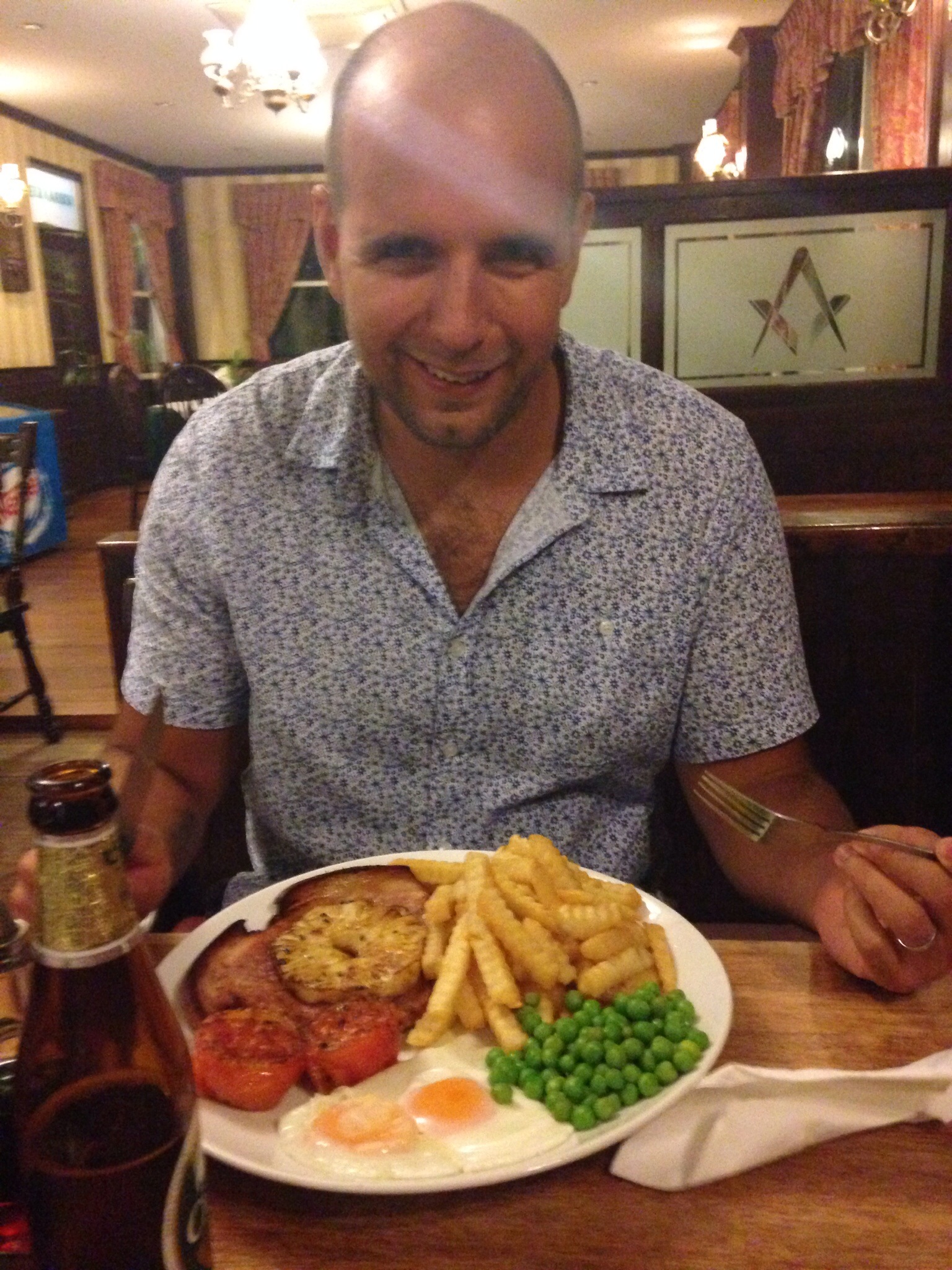 Having fueled up on roast dinner, gammon, baked beans and cottage pie, we headed out to one of the warm up parties – the Jungle Party. This was as you might have guessed a party in the middle of the jungle! We didn’t stay very late as we wanted plenty of sleep ready for the main event but did get the chance to see a Thai boxing match before we left.

Our main reason for visiting this island was to attend the monthly full moon party which is held on the beach. It basically involves thousands of people wearing bright clothing, being painted with various designs in fluro paint, drinking buckets and in our case partying till the sun comes up. Most of my pictures from the night are on a disposable camera yet to be developed but here’s a picture of us ready to head out to the party! 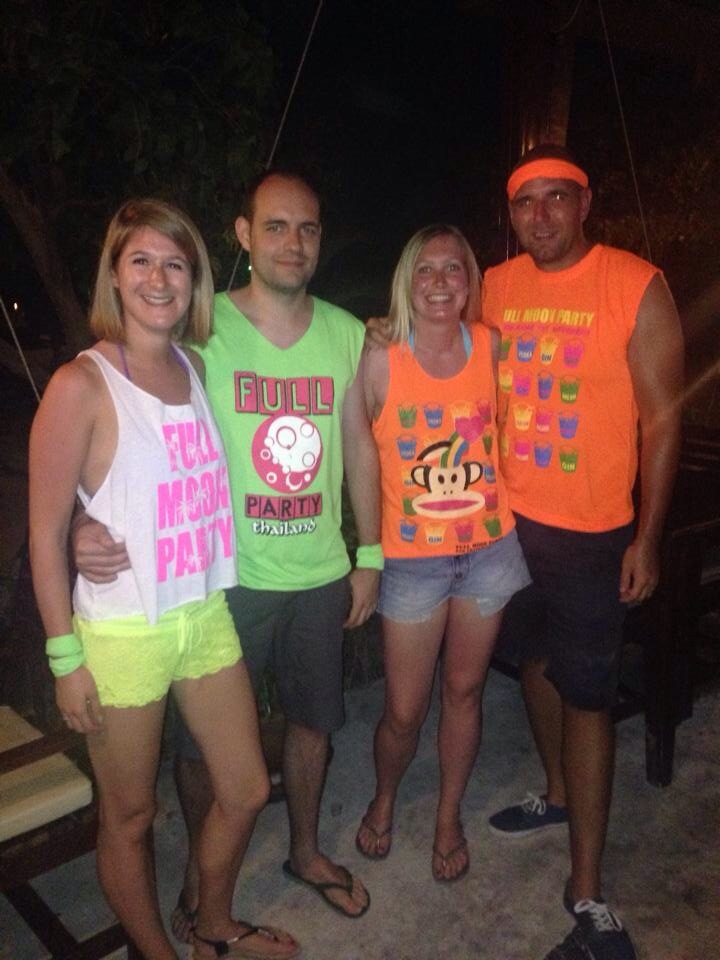