Due to the train being full apparently for the whole week, we took the quick and comfier option of flying to Hue. There was a bit of stress getting to the airport as we (Dean) had assumed that we could just ask reception to get a taxi for us in the morning when we wanted to leave. It turned out we should have booked it the night before as the taxis wait a little way out from the old town and it was rush hour. Cue the staff frantically calling various companies for us and the car arriving about 35 minutes later. Hanoi airport is at least a 40 minute drive from the centre and pulling up 40 minutes before departure we had a mad dash to the check in desk and much stress as we waited behind a large Vietnamese family checking in all sorts of oddly shaped and packaged objects very slowly. We made it though and got to Hue around lunchtime.

Hue is the former imperial capital of the Nguyen dynasty who ruled between 1802 and 1945 when the emperor abdicated in favour of Ho Chi Minh. The old walled city was heavily damaged in the war, but it has been designated a UNESCO world heritage site and is gradually being restored. The entry cost was higher than we’ve paid for other sites in Vietnam but turned out to be well worth it. The site is huge and as you went round you could really get a feel for how grand it must have been in its heyday. There were also some informative displays about the life of the emperor and others in the court, some of which was really interesting, such as all of the emperors food was tasted before eating to ensure it hadn’t been poisoned and he also had chopsticks that changed colour on contact with poison. The centre of the old citadel was the Forbidden Purple city, where the emperor lived. The only staff allowed in this section were eunuchs as they would not take advantage of the emperors concubines! 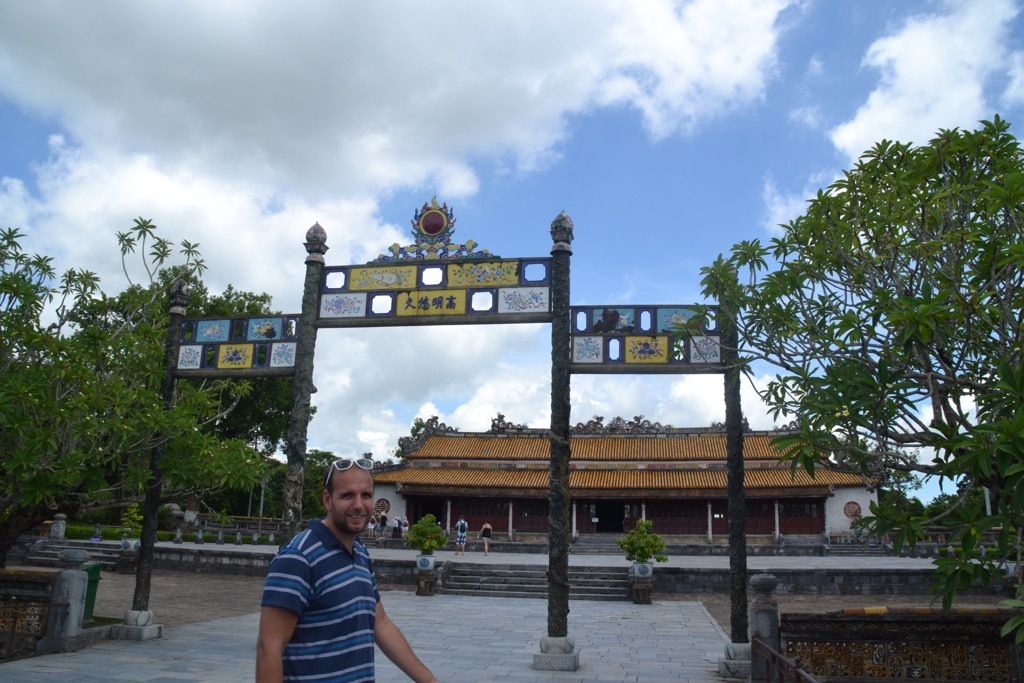 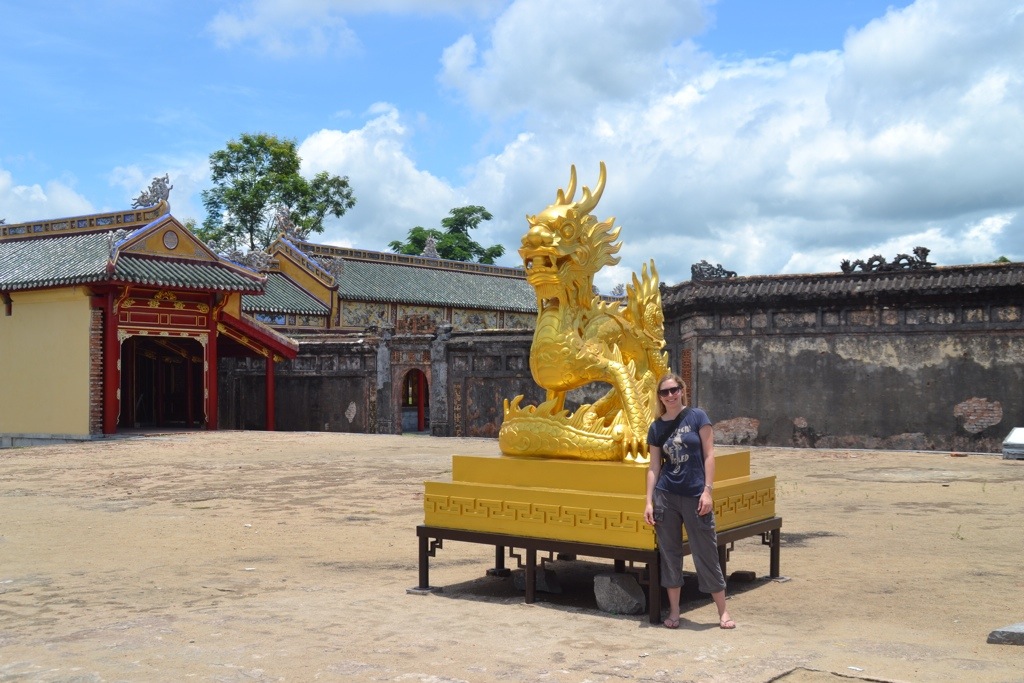 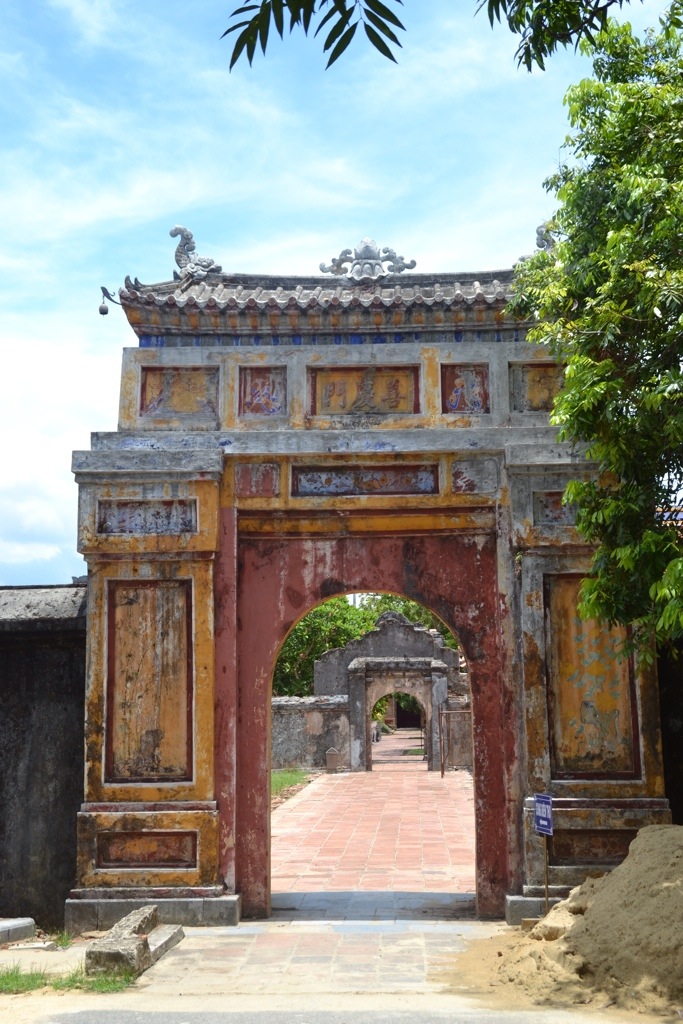 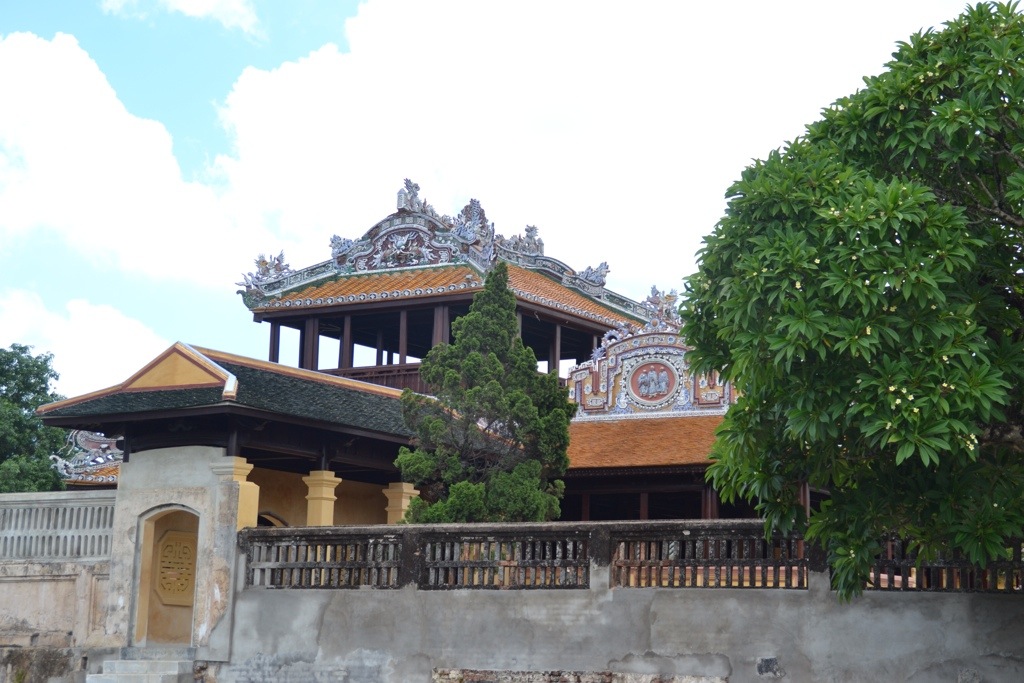 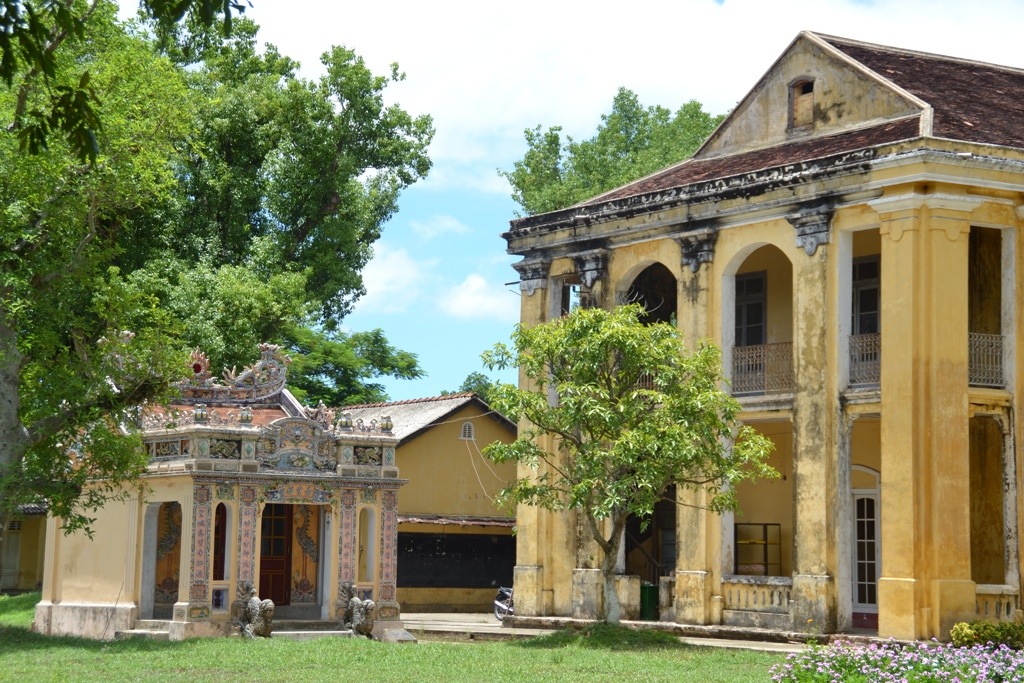 As palaces go, this has been the best we’ve visited, even though it’s half in ruins!

The hotel we’re in here was picked for the pool so as the sun has been out and it’s mega hot, we’ve spent the rest of our time here relaxing by the pool – it’s a tough life!