Bali marked the end of our time in SE Asia and our last hot beach destination before we visited lots of cities. Our next stop was Hong Kong which we’d already visited 2 years ago when Dean went for work. As we’d been before, it meant we didn’t feel too pressurised to do lots of sightseeing.

We stayed on the Kowloon side for three nights at the fantastic Hotel ICON. The hotel is a training hotel linked to the hospitality college but you would never know as the service was probably up amongst the best we’ve ever had and it’s a pretty reasonably priced hotel (by Hong Kong standards). The minibar in the room was free and the concierge sorted so much out for us, China visas, post and restaurant bookings.

Hong Kong was a good chance to catch up on a few normal and admin things – I got a haircut, we saw Gone Girl at the cinema and went to Pizza Express! We did have one ‘special’ outing to the ICC building, which at the time of writing is the 8th tallest building in the world, at 484m. It’s home to the highest bar in the world and a fancy Chinese restaurant where we spent a very enjoyable evening drinking G&T’s and sampling some local specialities. 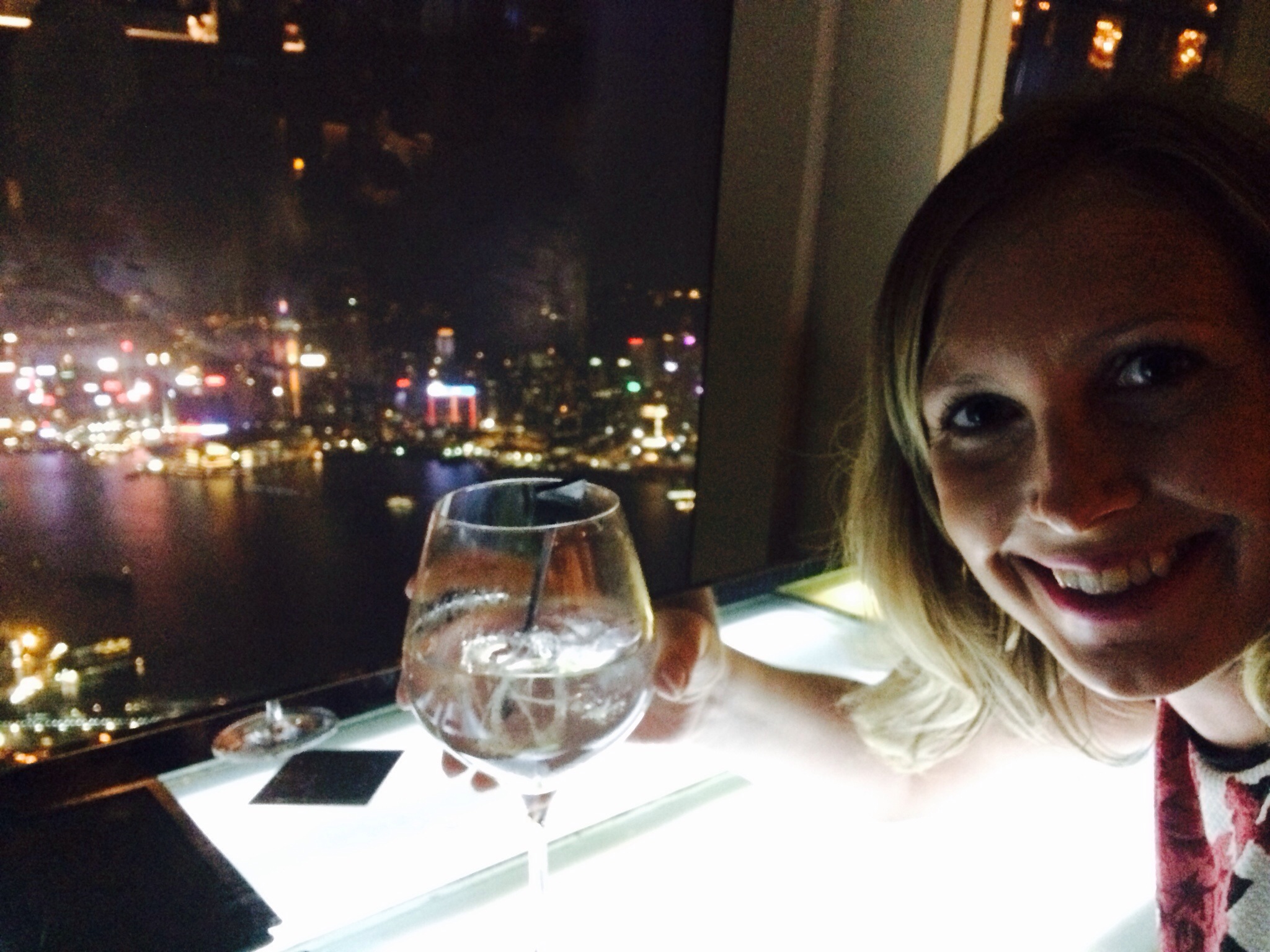