From Hue, we travelled 100 km south to Hoi An. We’d read a lot about the stunning scenery on route and weren’t disappointed. By skipping a tunnel that passes through the hills, a windy road leads you to a view point where looking both South and North, you have great views of the sea, beaches and city of Danang.

Hoi An was an important trading town and the Old Town, which is a UNESCO world heritage site, remains in tact. The centre is a walking town for most the day and sits on a river making it a really pretty place to explore. It’s also well known for the numerous tailors which line the street where you can order all sorts of tailor made clothes for bargainous prices. Space is tight in our bags at the moment though and we don’t have much use for suits and winters jackets in the near future so we gave the shopping a miss! You can buy a ticket for $6 which gives you access to any 5 of the 20 or so buildings which are open to the public. In most of them, they ended up trying to sell you something so the ones I liked most were the temples which they seemed to keep the selling away from. 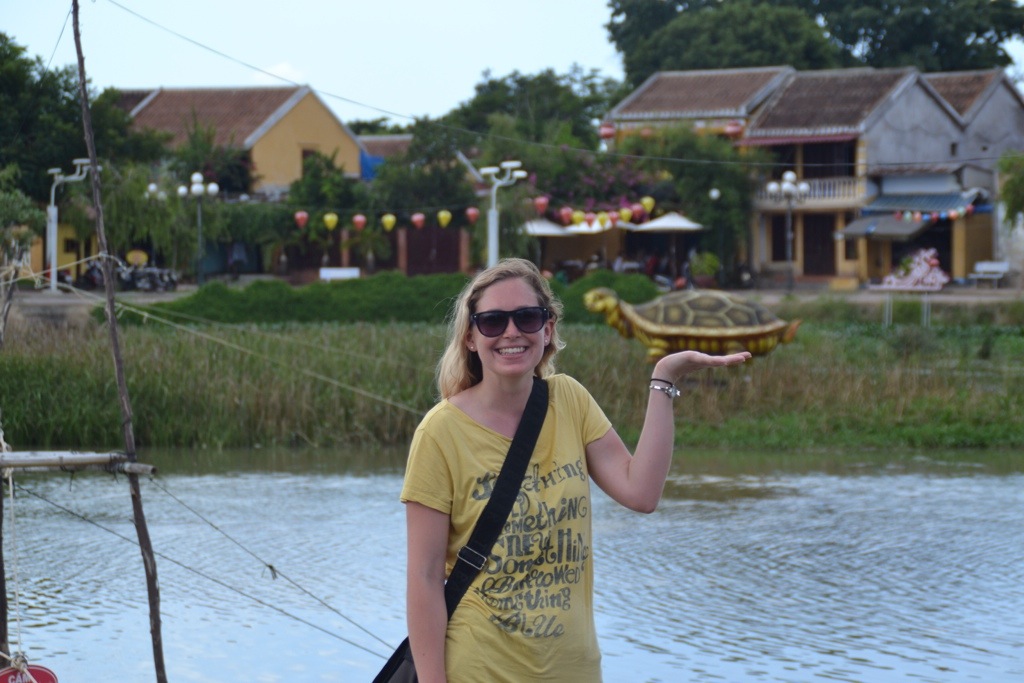 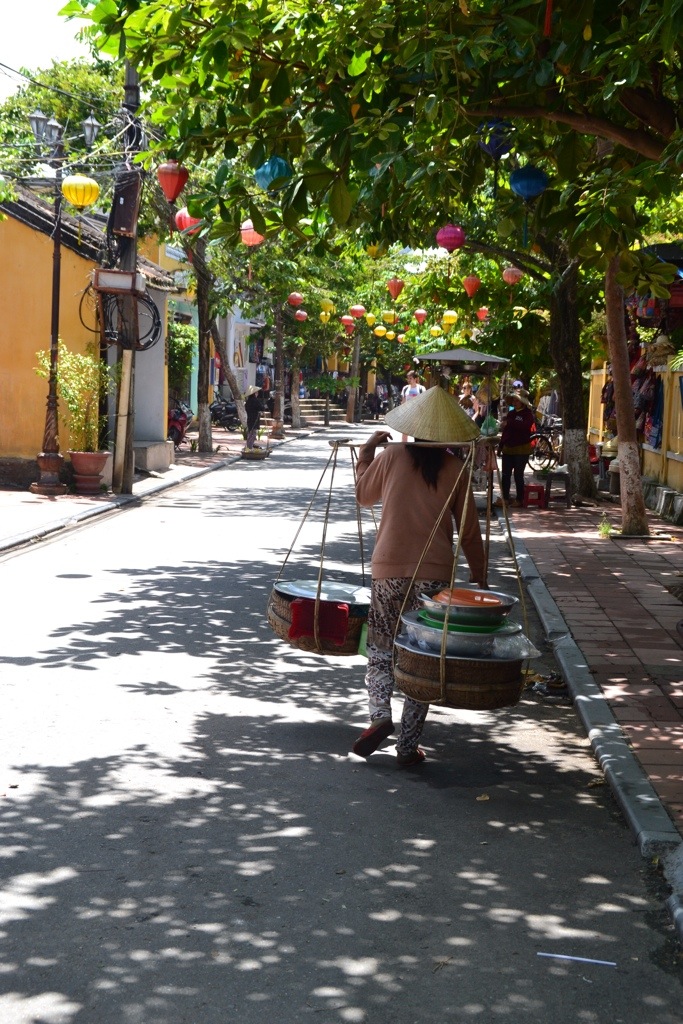 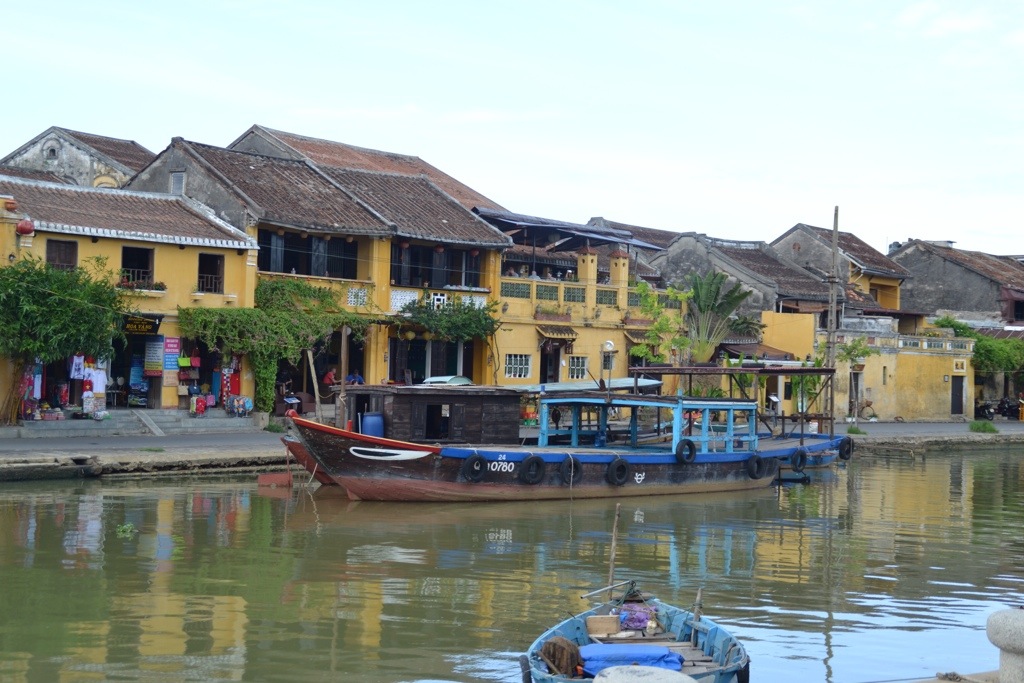 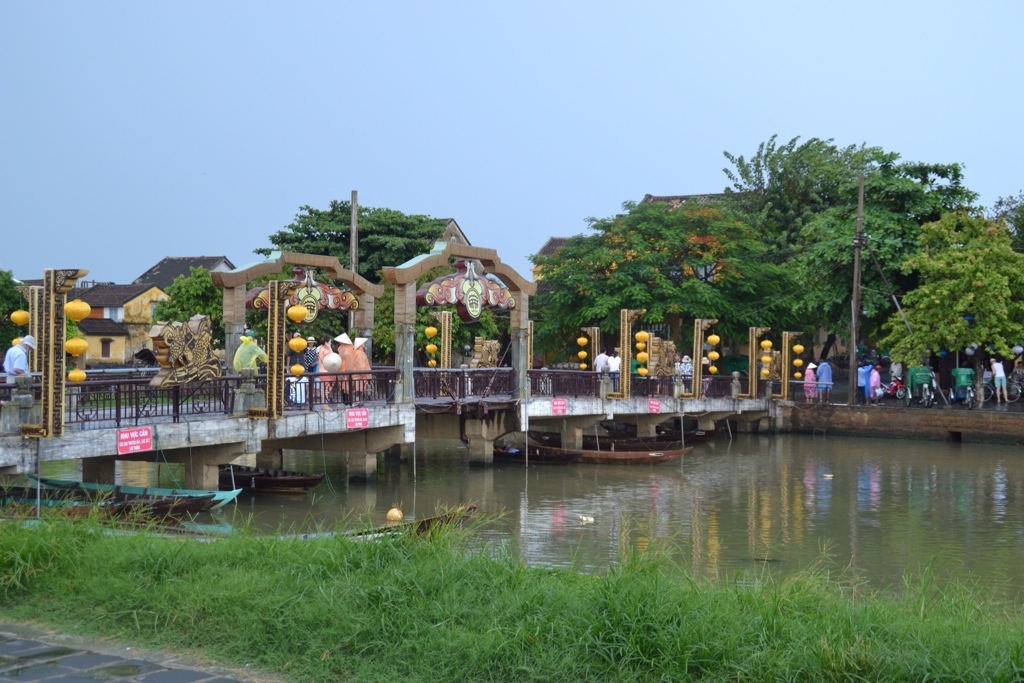 In the evening, the old town is lit up with lanterns and you can buy paper ones to send floating down the river. Most of the restaurants along the river have a balcony where you can sit and watch the world go by below. 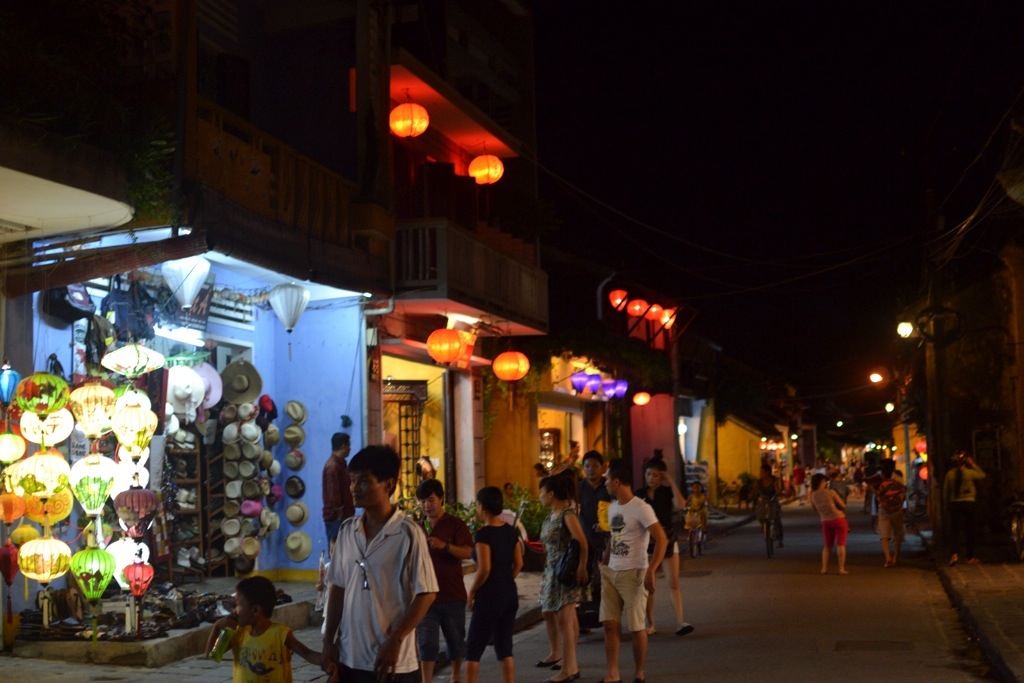 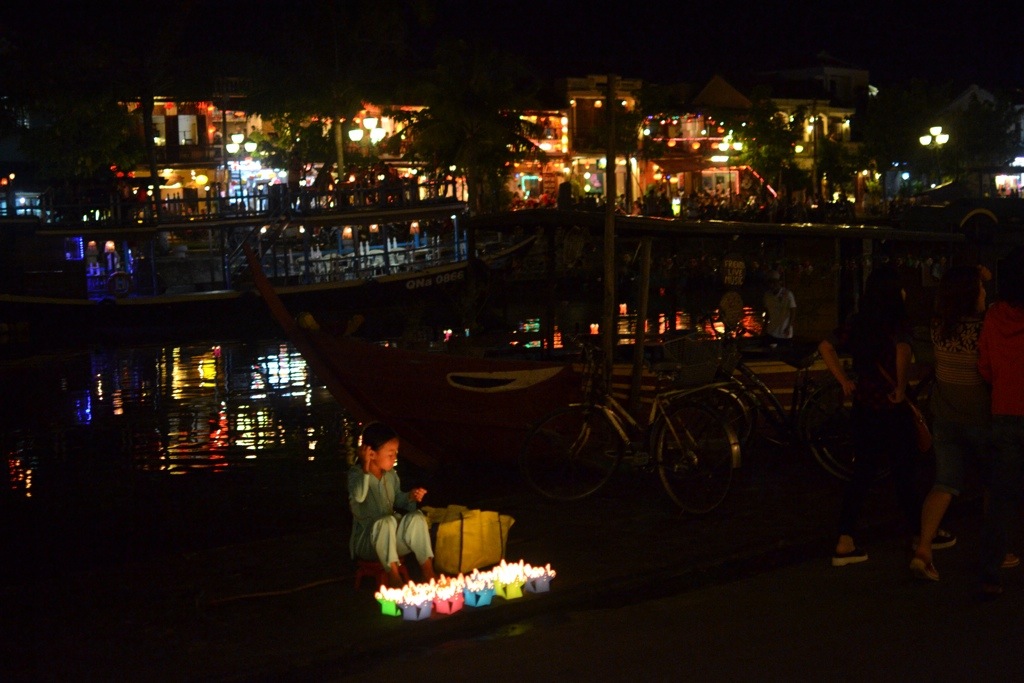 Hoi An is on the coast so on our second day here we took advantage of the free bike hire at our hotel and cycled to the beach for some lunch. The roads here are quieter than other places we’ve been in Vietnam and once you figure out that the cars are only hooting at you to let you know they’re passing, it’s not as scary as initially looks! I do need to get used to handbrakes again. I seem to remember when coming to a slow stop but if I need to stop quickly, my instinct is still to peddle backwards! 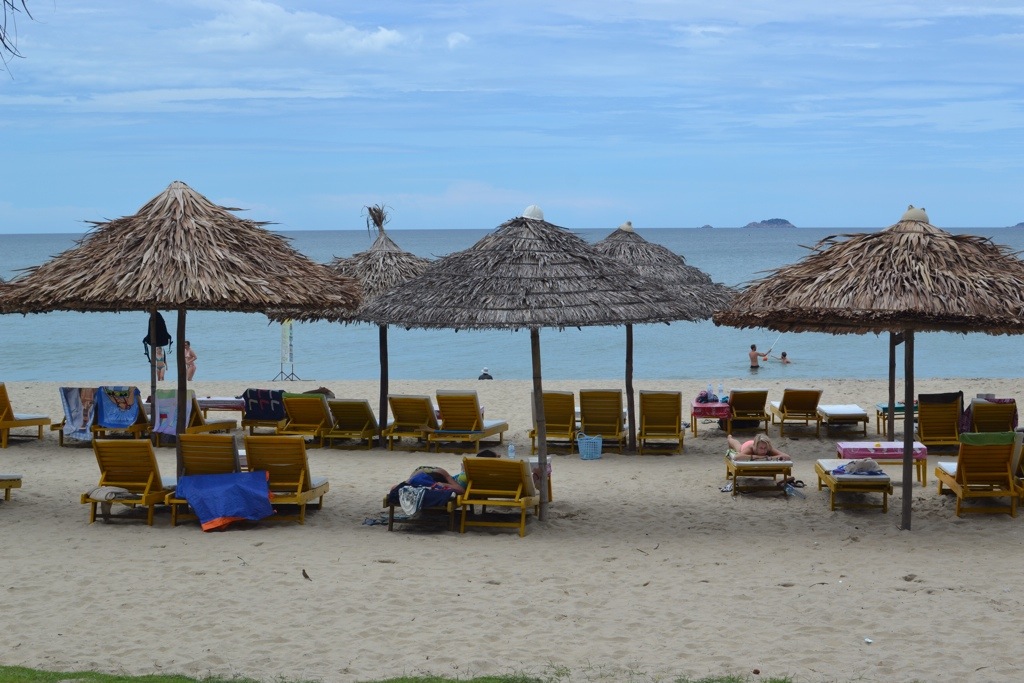 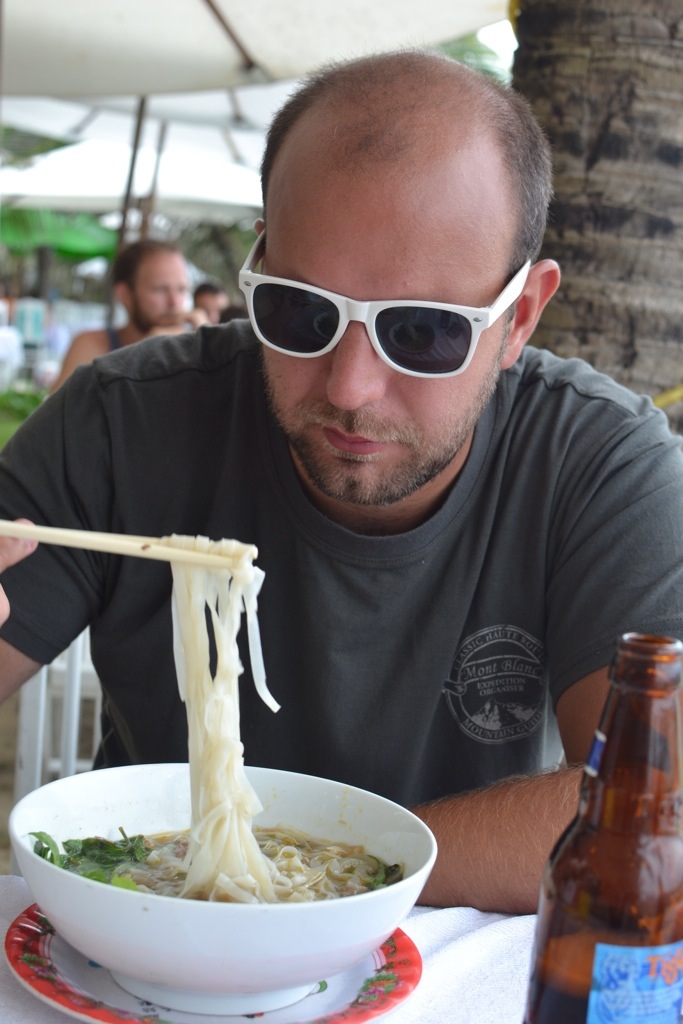 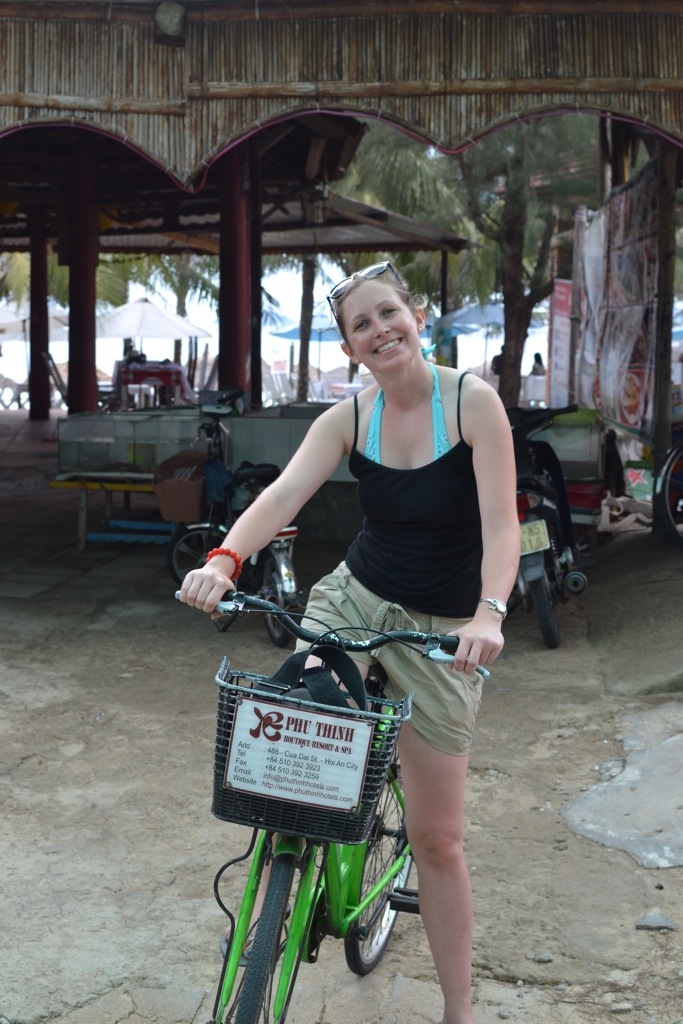 To mark our last day in Vietnam, we enjoyed the cheapest beer of the trip so far, and probably the cheapest we’ll ever drink – 3000 dong (8.4p!) 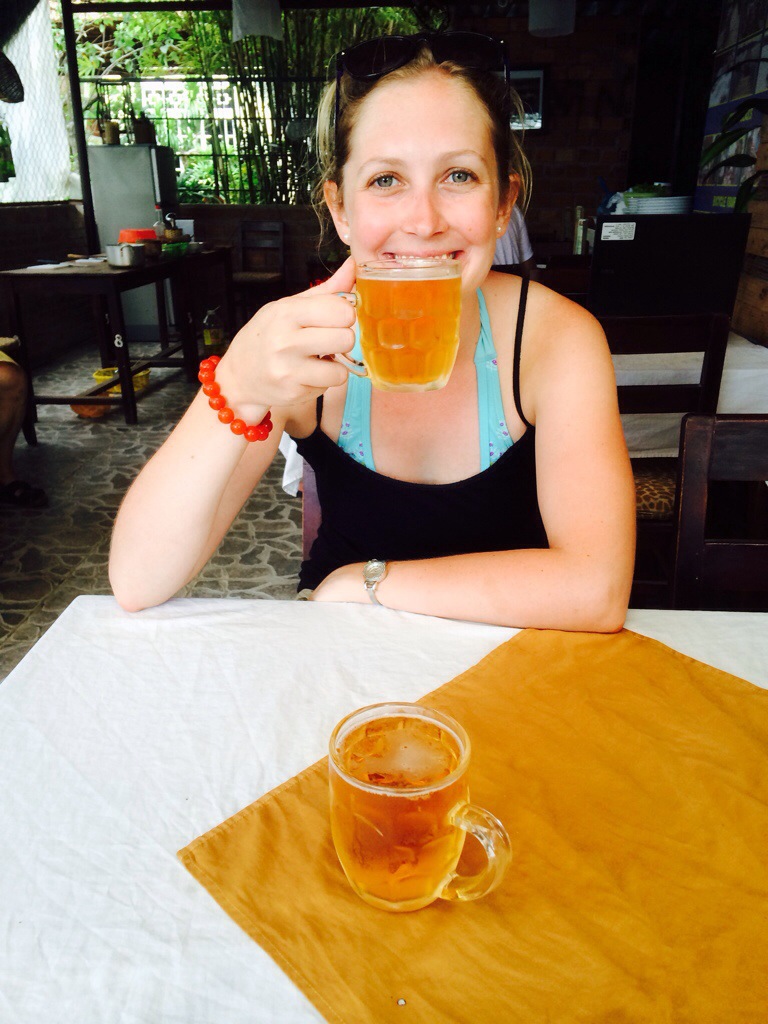 Overall, Hoi An was a great place to finish the Vietnam part of our adventure. For me I think it’s overtaken Hanoi as my favourite place in the country, for Dean it’s in second place. Next we head to Kuala Lumpur for a couple of nights before heading back to Thailand for some beach time.