We flew from Phnom Penh to Ho Chi Minh (Saigon) on a nearly empty Qatar Airways flight that was continuing on to Doha. On arrival, there was a bit of confusion about the baggage belt to collect from – it was coming out on a different one than mentioned on the board. Once we’d found the right one, Dean’s bag was going round all on it’s own with no sign of my bag -yikes! We registered it as lost and assumed it was on it’s way to Doha before heading into the city centre. First job was to find me some new clothes in the assumption that I wouldn’t be getting my case for a couple of days. We managed to find seemingly he most expensive department store in the city and didn’t end up buying anything, but did find a Pizza Hut for a quick dinner. Walking back to the hotel we found a cheaper shop where I at managed to pick up a cheap clean T-shirt. Back at the hotel we checked out the rooftop bar and then went for an early night. Once we were back in the room, we had a call from the airport to say that my bag had shown up and that someone else had taken it and then brought it back. We caught a taxi straight to the airport to meet this person and check that they hadn’t raided it before returning it. I was ready to give them a right earful, but when it turned out to be an old apologetic Australian guy, he didn’t receive the full extent of my rage! His bag was the same make and had a pink tag like mine but was a different colour and size and Dean had seen it on a completely different belt when we were looking for mine.

The next day we explored the city by foot. The influence of the French colonial period was evident in much of the architecture with big wide streets and European style buildings. The vast quantity of mopeds and crazy traffic was still very Asian though. 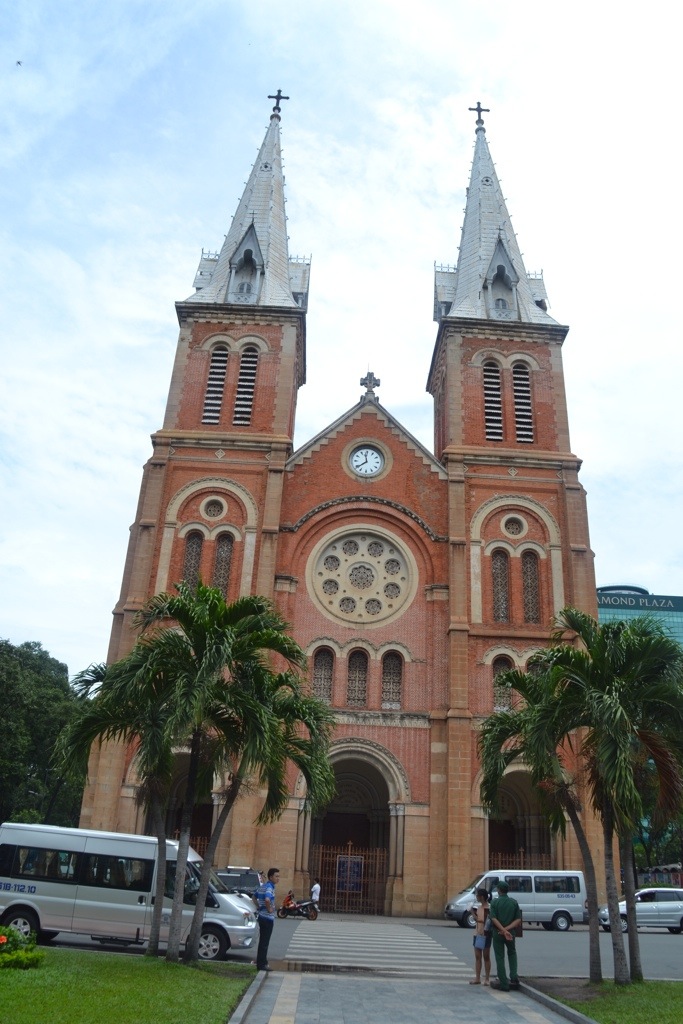 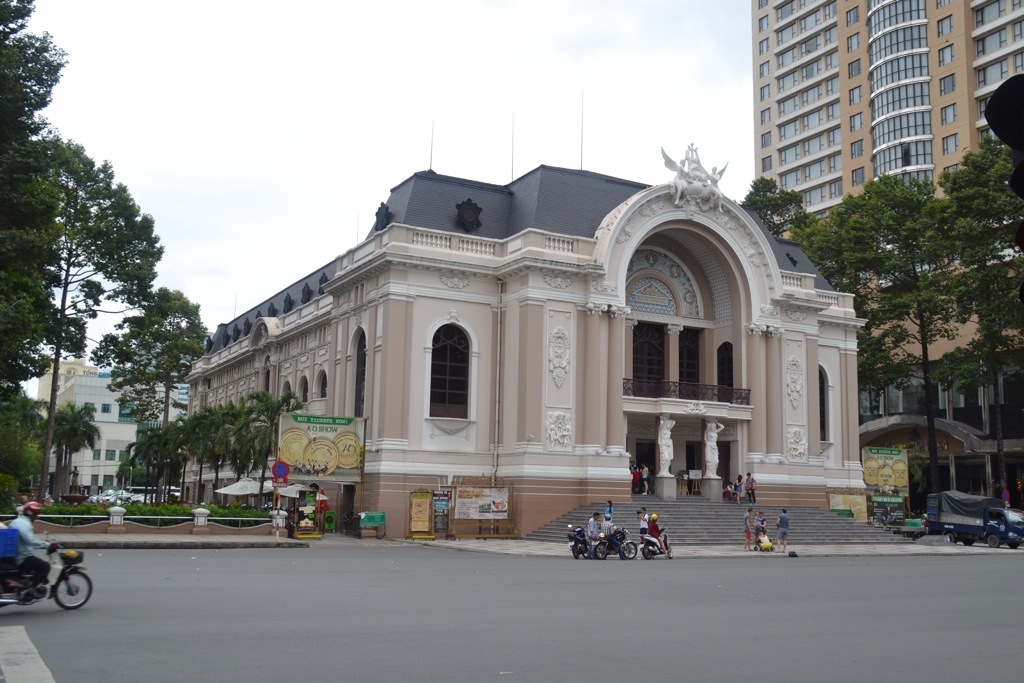 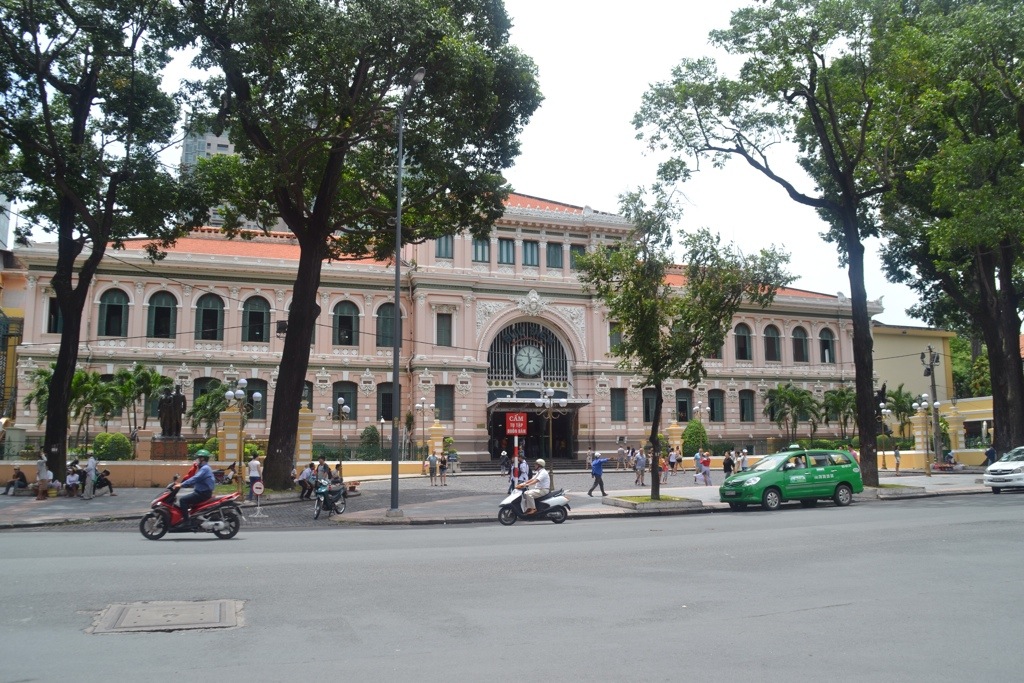 We visited the Reunification Palace which was built in 1966 to serve as the presidential palace of South Vietnam. Tanks came through the gates in 1975 when Saigon surrendered to the north and the building has been left as a bit of a time warp ever since. There were quite a lot of rooms to see which were all very retro but it was hard to imagine a preside living there as the design of the building didn’t give a very homely atmosphere. We did like the rooftop though – the architect designed it as a space where the president could come to reflect and meditate before making important decisions that would affect the country, but the president decided to turn it into a rooftop party room instead! 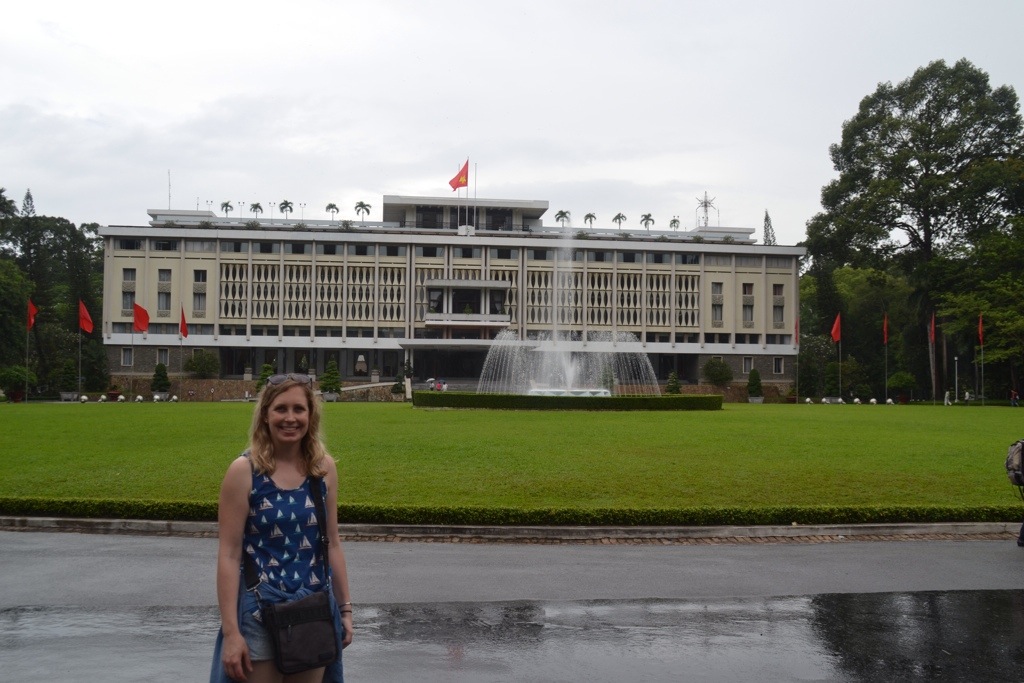 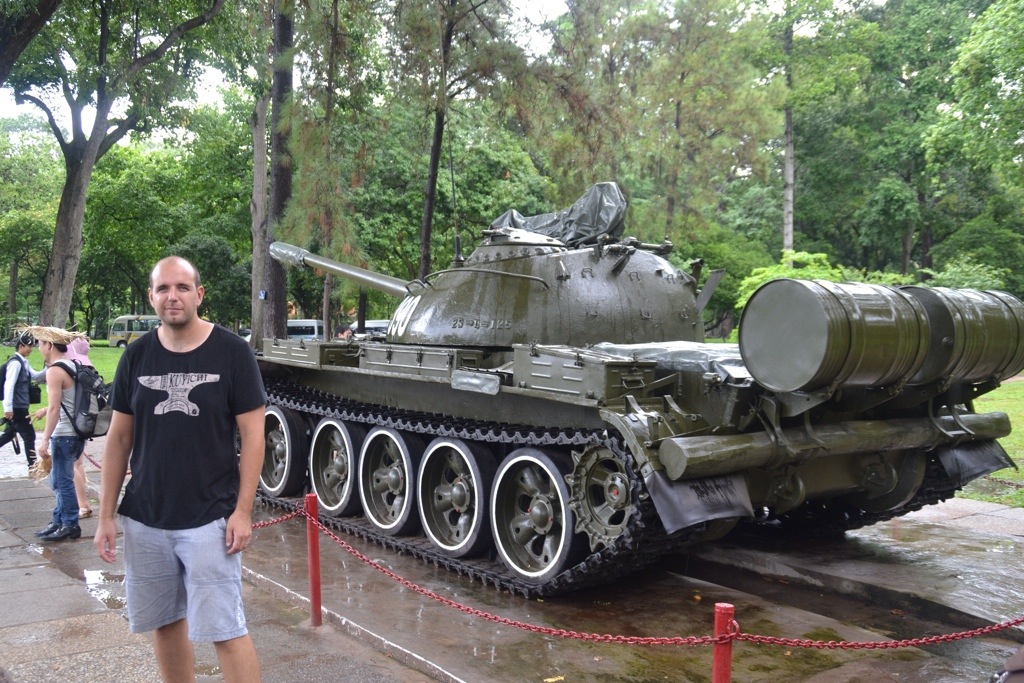 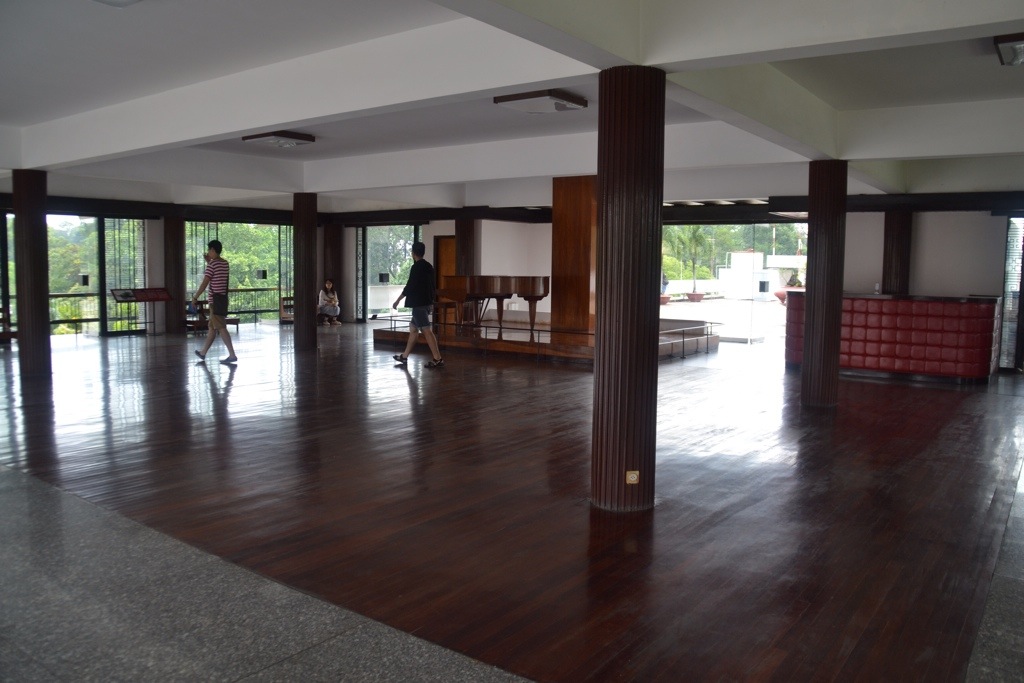 The next stop was the war remnants museum, which could just as equally be renamed to the anti-American museum. The museum was mostly pictures designed to shock, copies of communist propaganda posters from the time and quotes reiterating America’s fault in the war. When faced with those images, it’s hard to deny that the American forces caused terrible suffering to the people of Vietnam but it was a very one sided museum and I’m sure the Vietnamese army in the North were angels. Either way, it’s made me interested to do a bit of reading about what happened during the Vietnam war (or the American war as it’s called here). 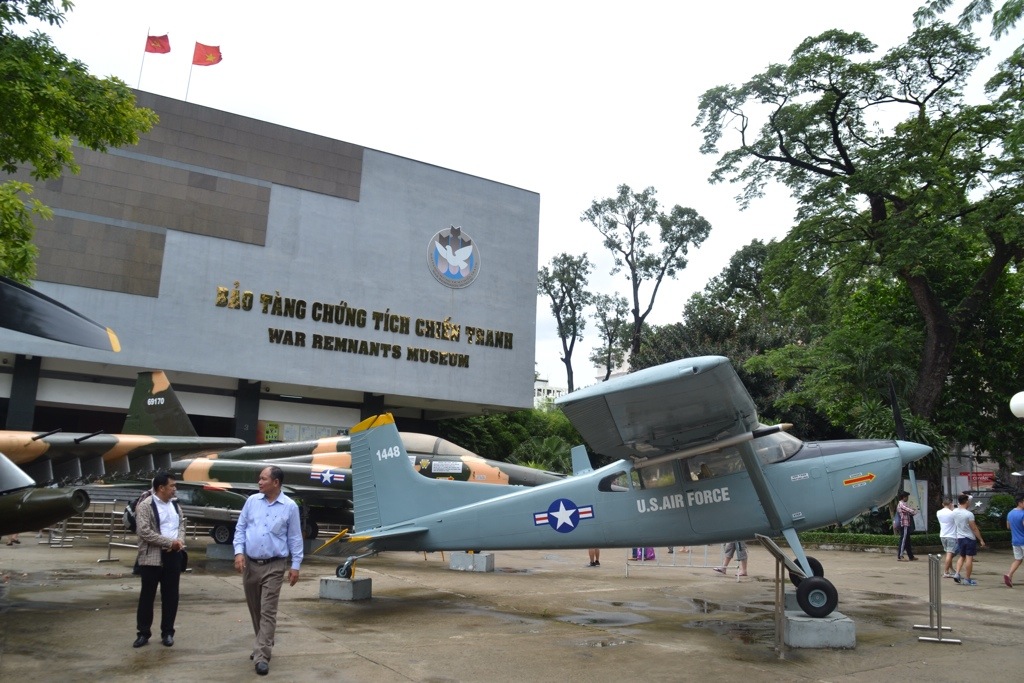