After our trip to Halong Bay, we returned to Hanoi for 2 more nights. We arrived back late afternoon and after eating something, top of the to-do list was to try and get a stool outside the 5000dong (14p) beer place! Mission accomplished and it didn’t taste any worse than the 8000 dong beer! 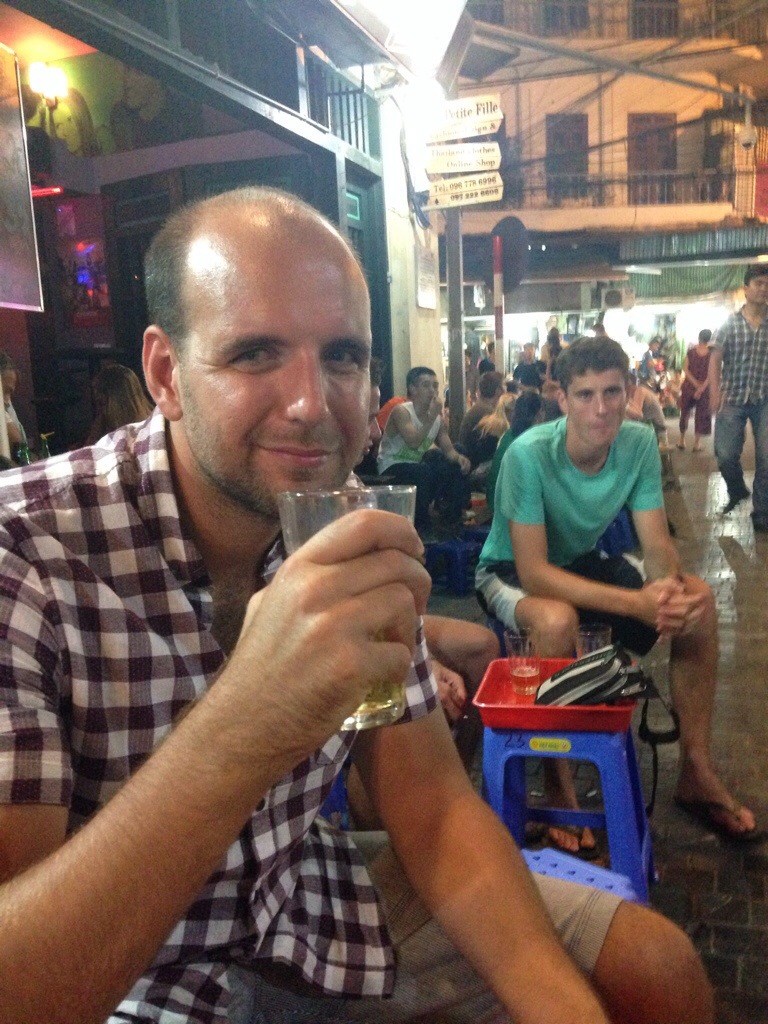 The next morning we found a nice cafe to sit in and spent the morning chilling with diet coke and Vietnamese coffee. In the afternoon, we took a taxi over to the Ho Chi Minh Mausoleum. Ho Chi Minh established the communist republic and as such is a pretty big deal here. If unlike us you’re an early bird and get there by 10.15am, you can join a queue and see his body. If you’re not, the complex also contains a museum and his former residence which are open later in the day. This actually turned out not to really have been worth the visit – it was the most confusing museum we’ve ever been to. Ho Chi Minh was known by a few names ( I found this out later) but the museum never actually told us this, instead just switching between them with no warning. There were a few parts to his residence, a stilt house showing the simplicity he apparently lived in, a few offices you could peer into and a grand palace that you couldn’t visit at all. To top things off the heavens opened before we managed to get a taxi back to the old quarter. After sheltering under a tree for about 10 minutes with no sign of the rain easing, we took a cyclo driver up on his offer of a ride but still ended up getting drenched as we ran to it as unsurprisingly it wasn’t as close as he made out! Overall, not the best afternoon. 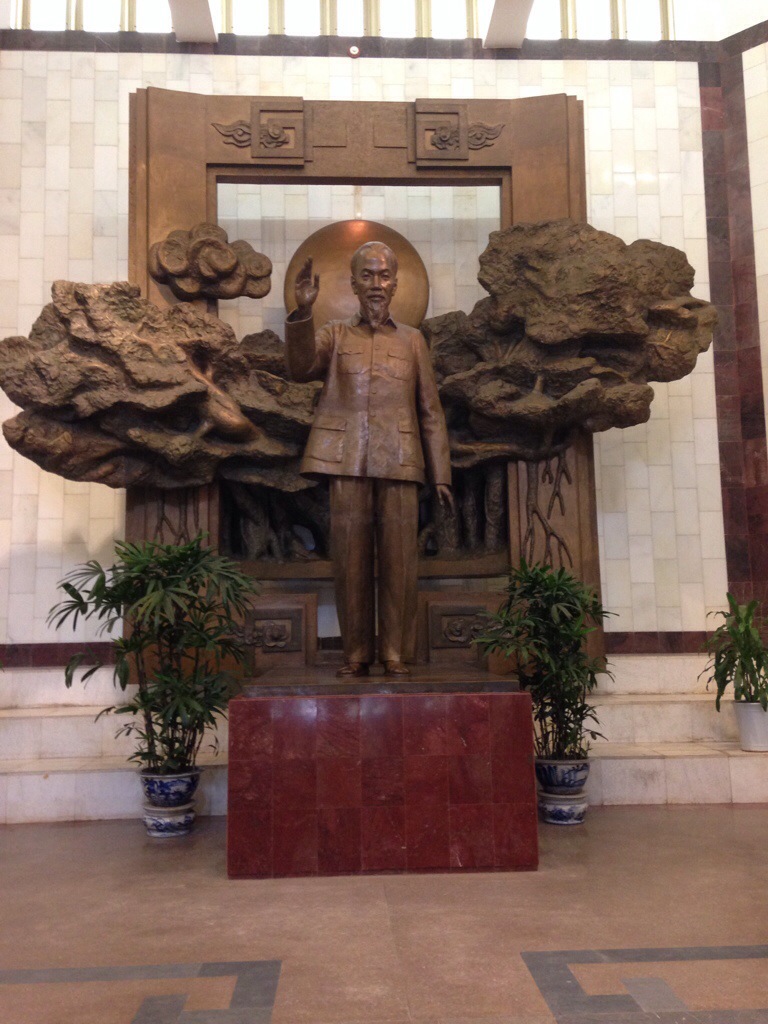 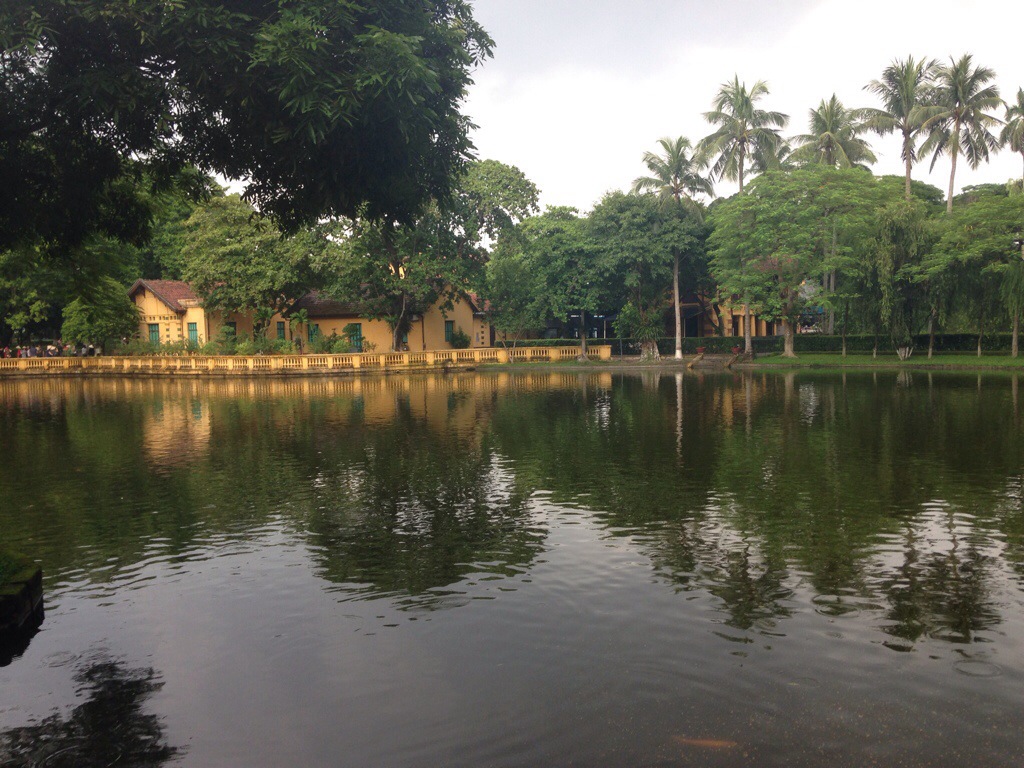 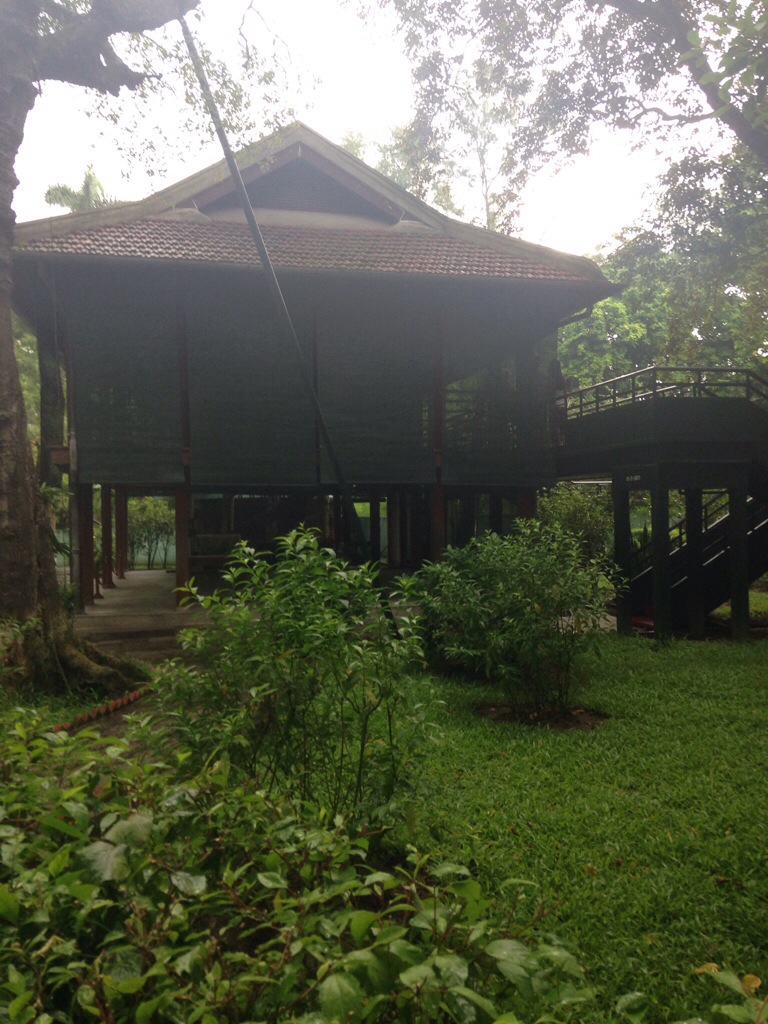 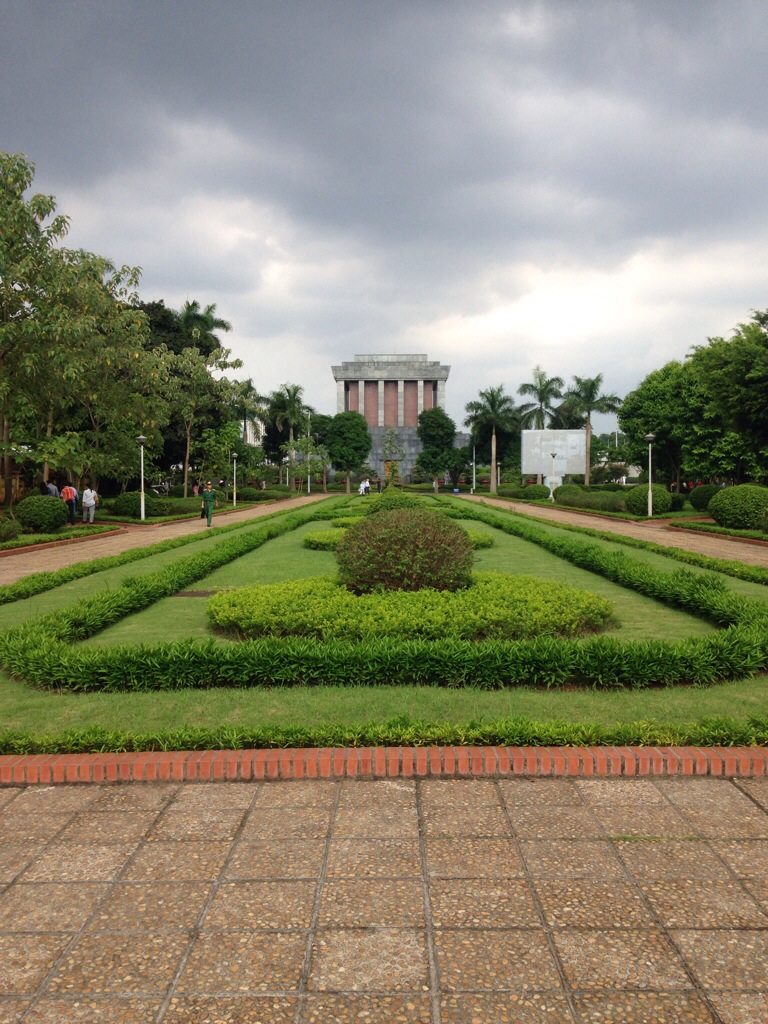 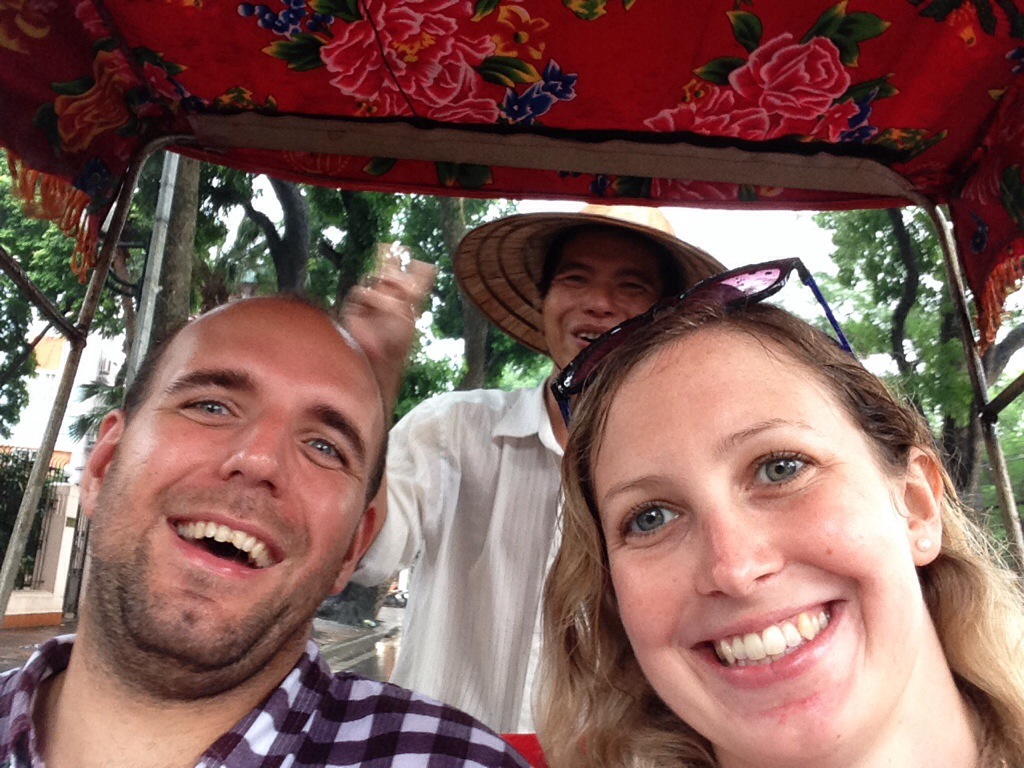 We fancied a ‘proper’ restaurant for dinner that night and after dismissing a few for being too expensive we ended up at our hotel restaurant (Essence) which is number 3 on trip advisor but was still only around $6 for a main. I had a pretty simple fried rice with chicken dish but Dean had a self assembly soup, beef and noodle dish which took him a good while to work through, not helped by the waitress coming over to practice her English on us!

Next stop, back down South to Hue and Hoi An.