We had planned to get the train all the way up Vietnam, but on further investigation, the train times from Nha Trang were far from ideal so we booked a cheap flight straight to the capital Hanoi and will double back on ourselves to visit the stops we skipped over.

Hanoi is HOT! Everywhere we’ve been, the temperature has been around 30 but on our first day in Hanoi, it was 35 with 65% humidity making even the shortest walk physically exhausting! Hanoi is a really cool city, the focal point of which is a lake in the centre. We are staying to the north of this in the old quarter. The old quarter is made up of narrow roads, lined with shops and street food vendors. We arrived in the afternoon and found a nice cheap bar for some drinks and eats. It seemed to be a backpacker hangout with a couple of lone travellers on the neighbouring tables. The lone girl attempted to join the lone guy but got turned down which Dean found pretty amusing. In the evening in the old town, people sit out on the pavement on little plastic stools enjoying cheap bia hoi (draft beer). The price for a beer can be as low as 5000 dong (about 15p) but we’ve not managed to get a stool outside one of those yet so the cheapest we’ve paid so far has been 8000 (23p). 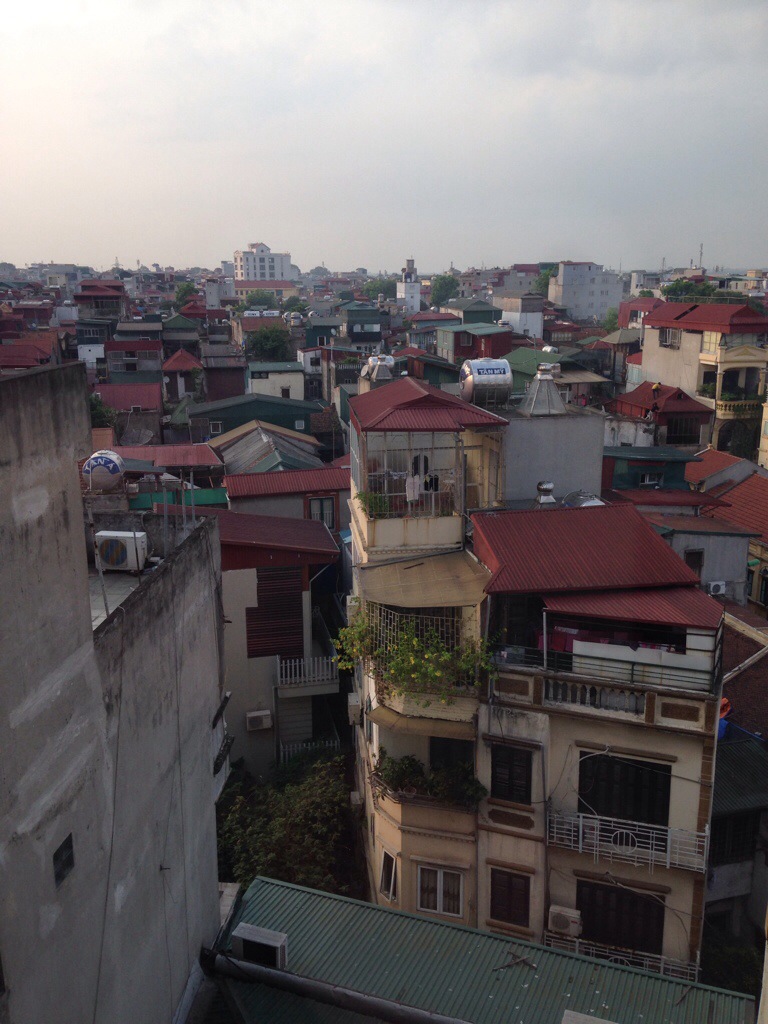 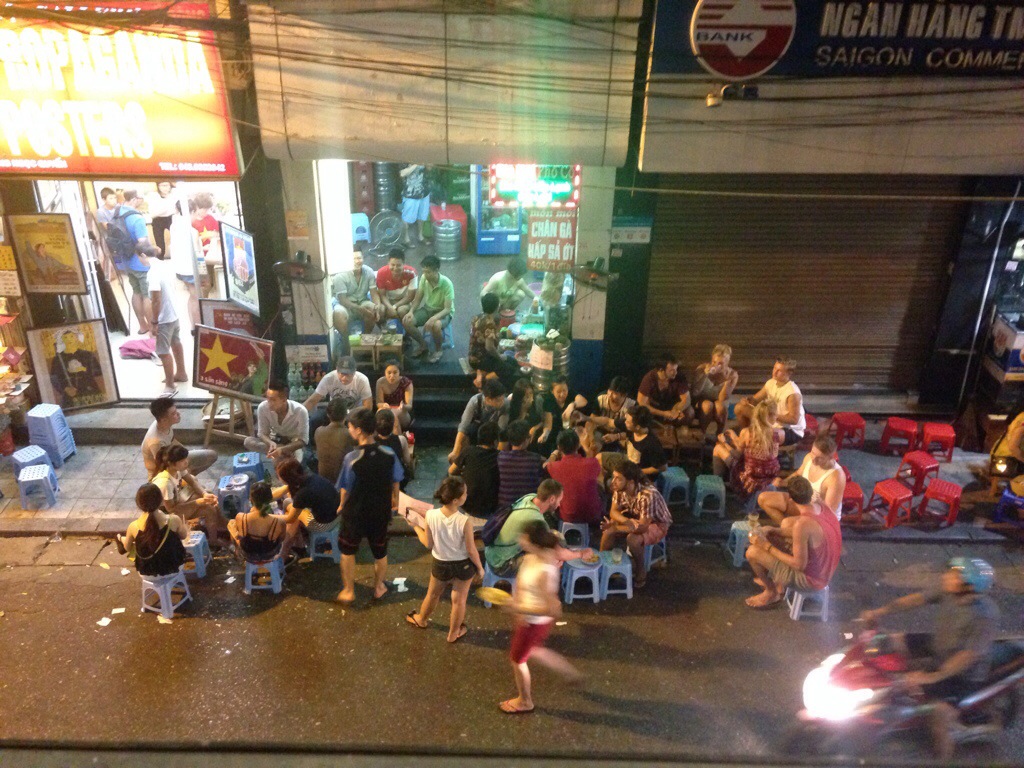 On our first full day in Hanoi we visited the Hoa Lo prison which was opened during the French colonial times to hold Vietnamese political prisoners. There wasn’t really too much to see here, while they had the stories of some of the prisoners up on the wall, the key parts of the information hadn’t been translated into English! During the Vietnam war, North Vietnam used the prison to hold US prisoners of war, including John McCain. A couple of rooms were devoted to describing how well they were treated, with pictures of them enjoying a Christmas dinner and decorating a Christmas tree. There are also pictures of John McCain revisiting the prison in 2009. Having read a few interviews with him following his visit, unsurprisingly that’s not the full story. There is a flight suit on display labelled as his, but according to McCain, his suit was cut off him when he was taken to the prison and during those Christmas festivities he was shouting obscenities. So all in all, another propaganda filled museum! 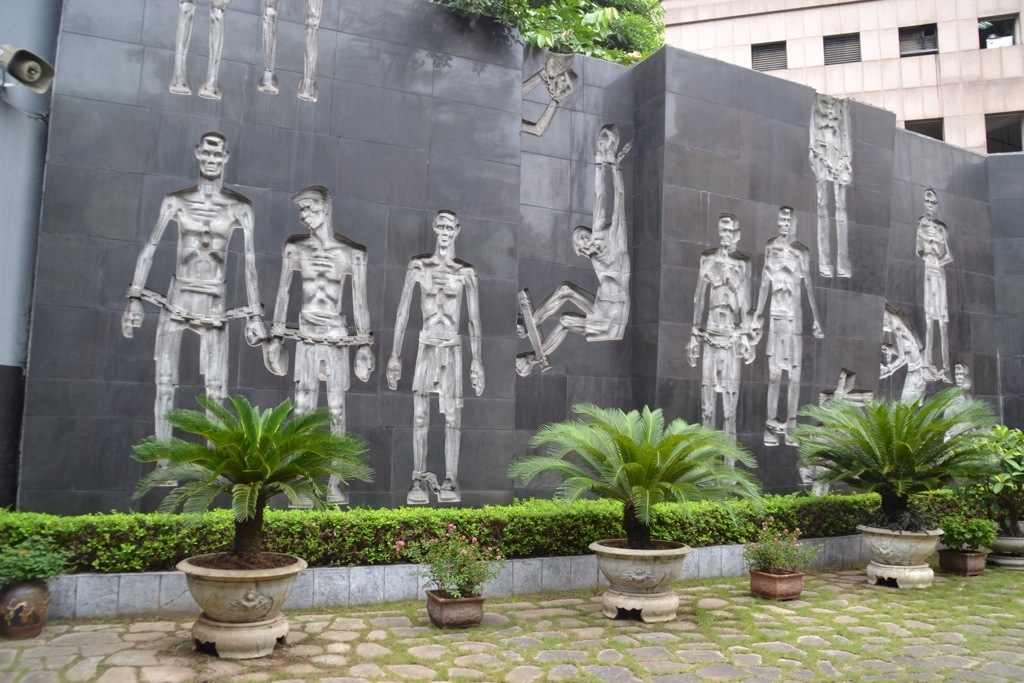 We then walked through the French quarter to the Opera house. This area of the city, south of the lake has a very different feel to the old quarter, the roads are wide and there are lots of high end brand shops. 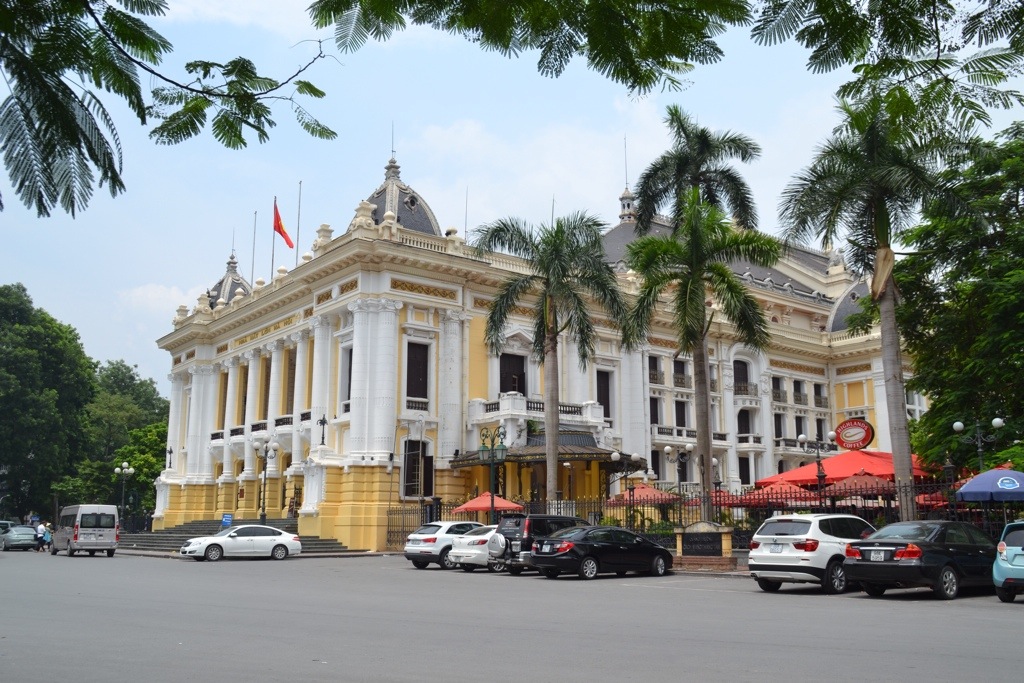 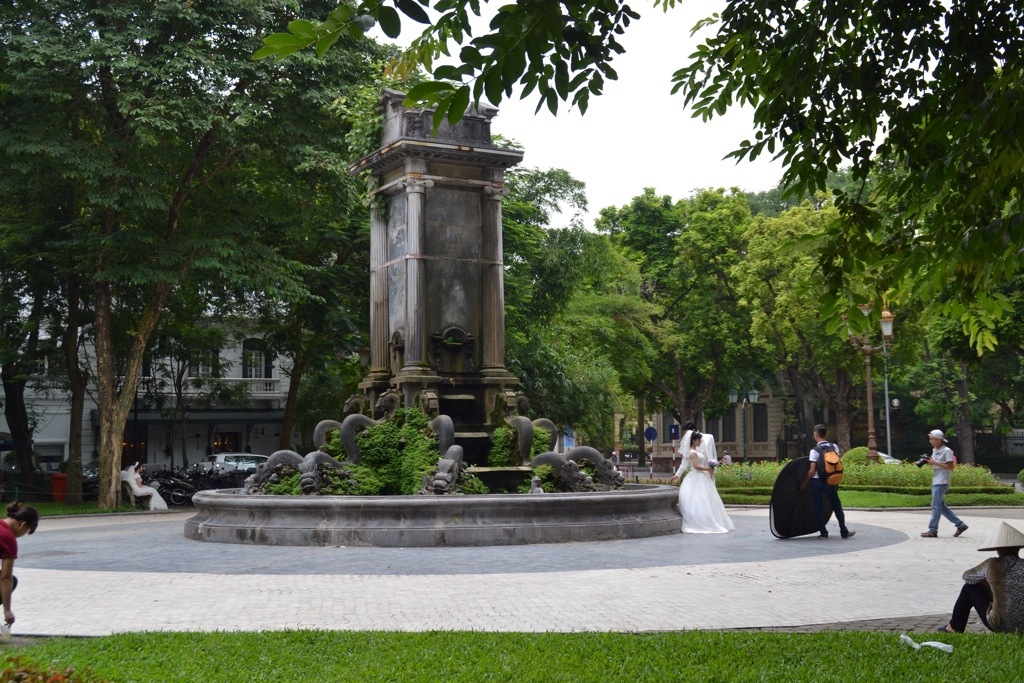 Later in the day, we went to a water puppet show. Water puppetry in Vietnam originated 1000 years ago in the flooded rice paddies. A screen is erected behind which the puppeteers stand waist deep in water. The show was completely in Vietnamese but we were given a list of the titles of the sketches which were a big help to understand what was going on. The titles generally were quite self explanatory such as ‘chasing the fox who eats the ducks’ or ‘catching frogs’. 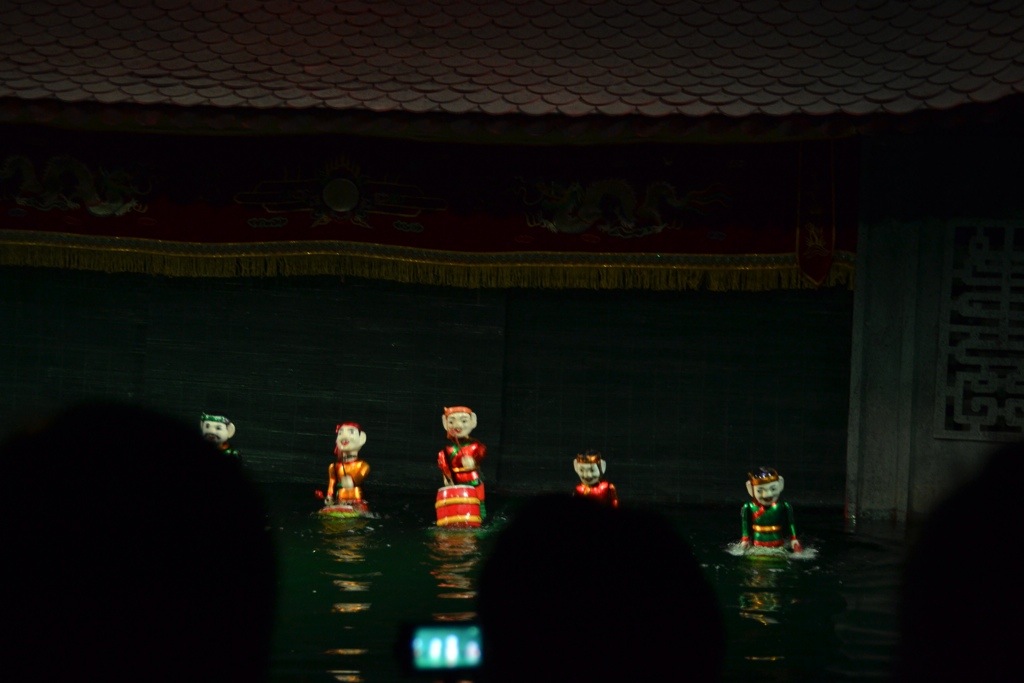 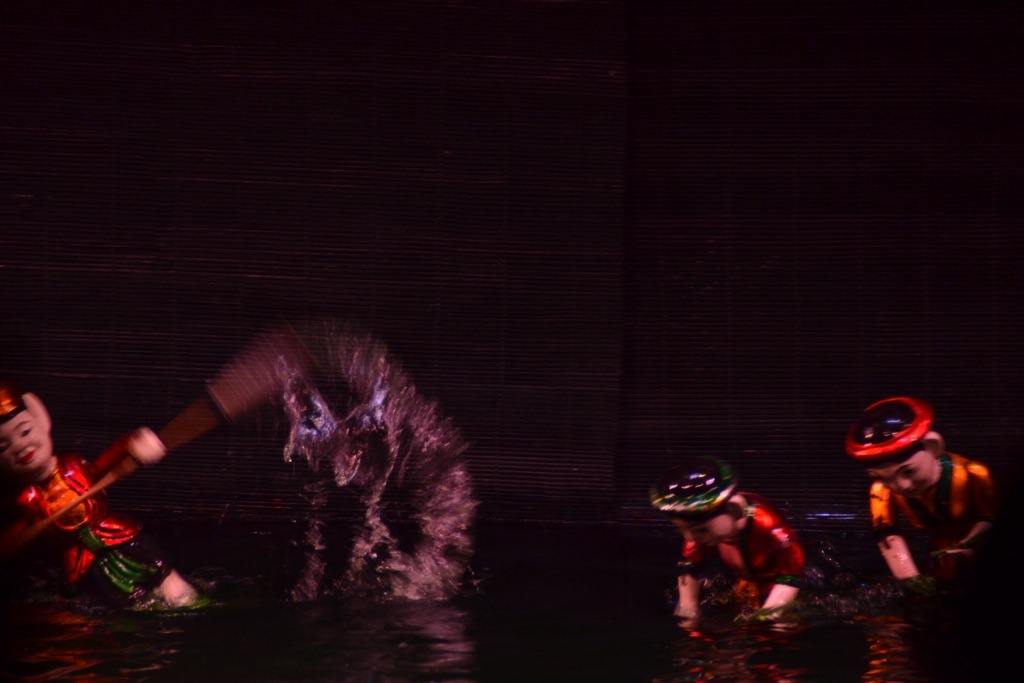 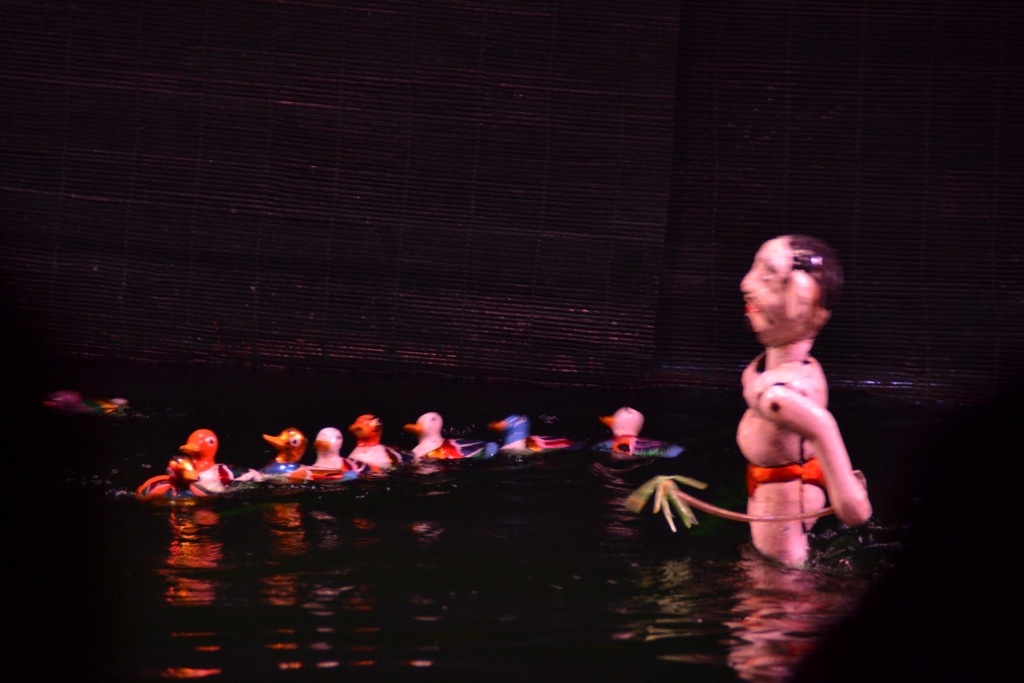 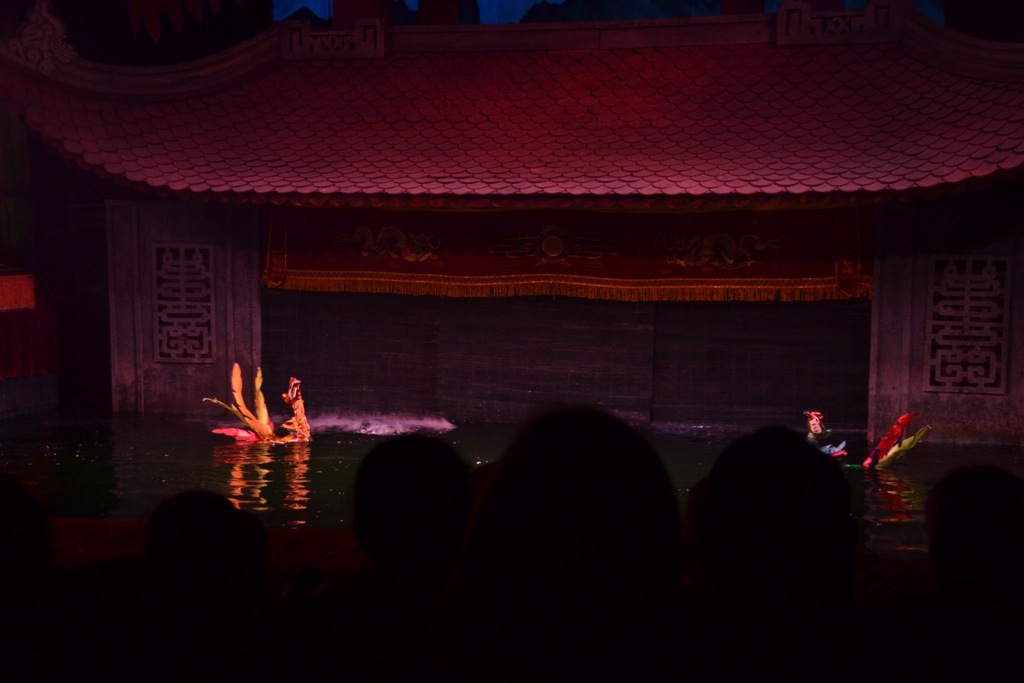 So far we’re really enjoying Hanoi and both prefer the city to Saigon. We’ll be returning to Hanoi after visiting Halong Bay.