Halong Bay is a Unesco world heritage site nearish Hanoi. We booked onto a two day trip, with one night staying on the boat. We boarded the boat just before lunch and were shown to our cabins which were set up just like a (very small) hotel room. The trip started with a set lunch while we set off on our cruise. The scenery was absolutely stunning and being on the boat was pretty relaxing. After lunch we had a couple of hours to relax on the deck and take in the views. 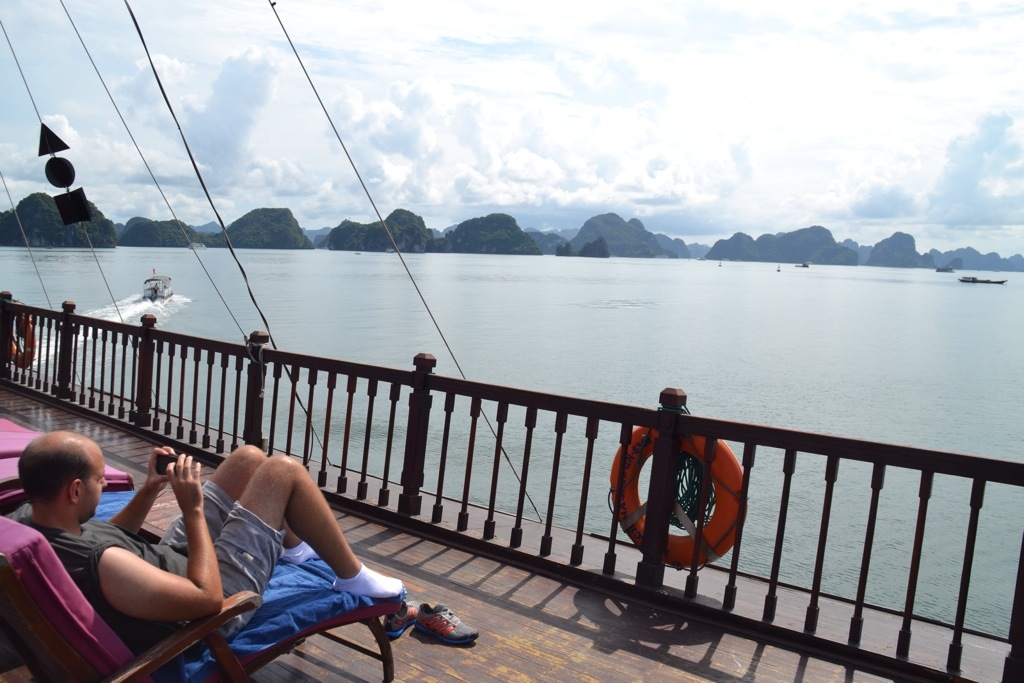 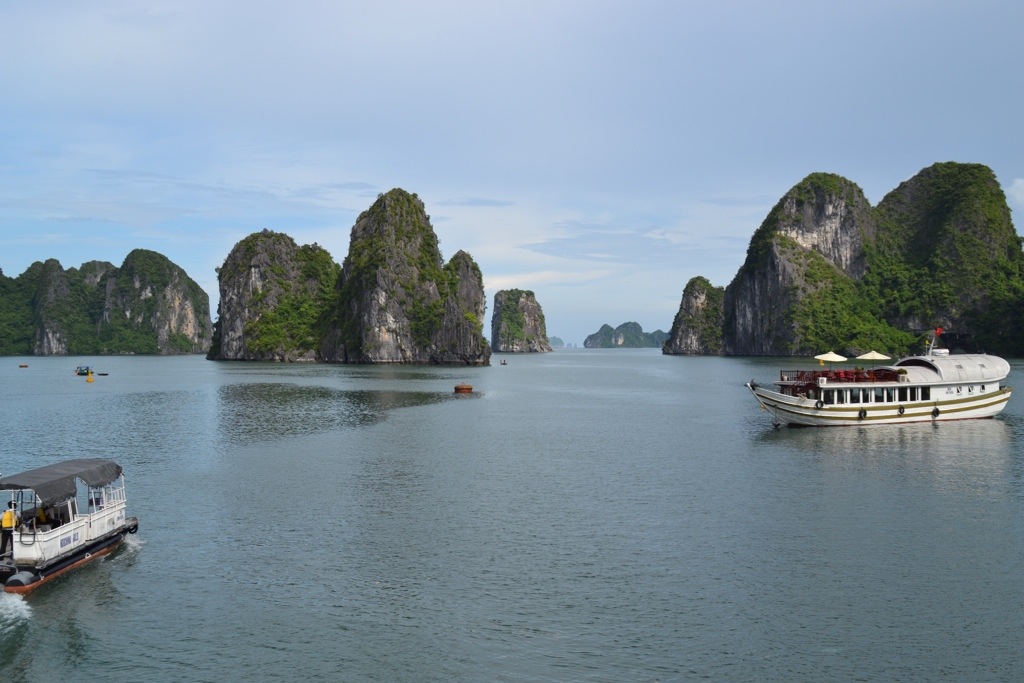 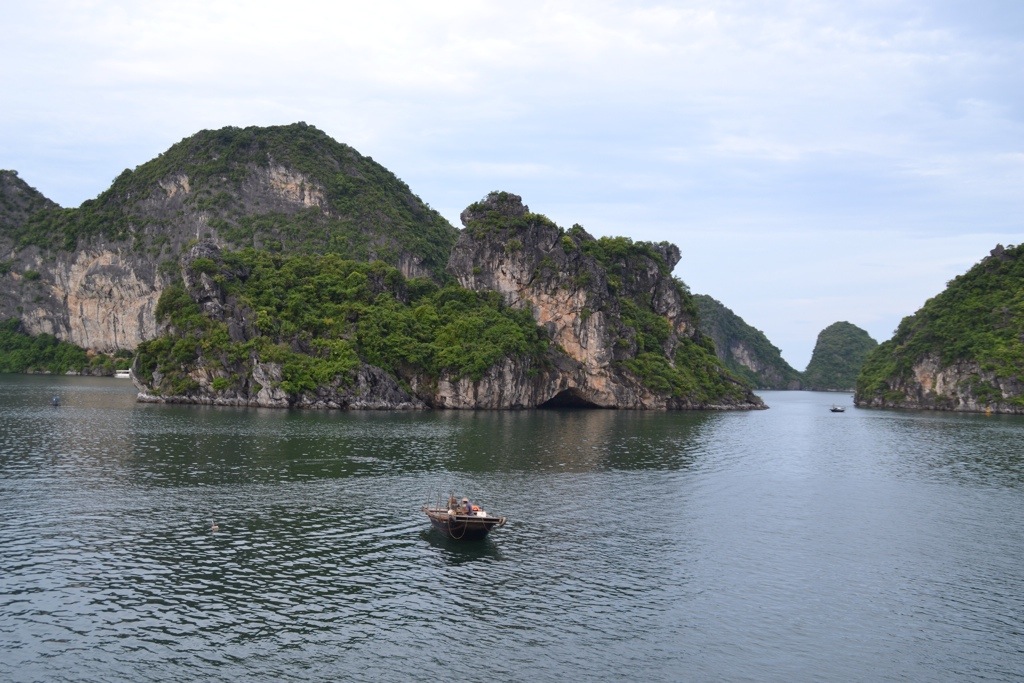 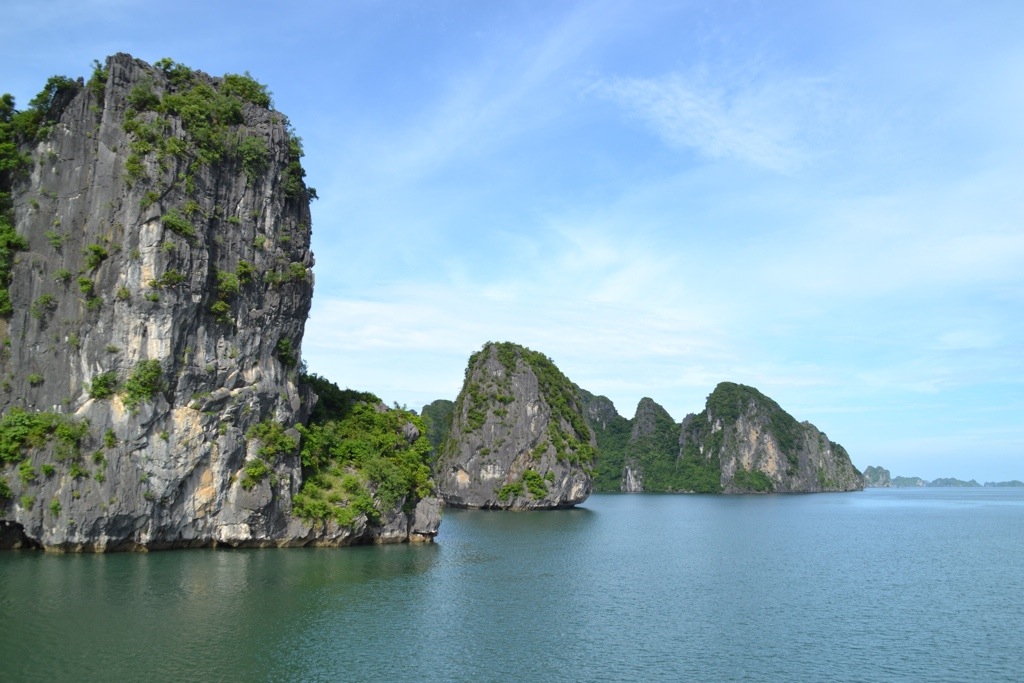 There are a number of villages built on the water in the bay and we dropped anchor near the largest of these to go and explore by kayak. The kayaks were two people ones so I had to put up with Dean’s terrible splashy paddling technique. Luckily after we saw a giant jellyfish floating past he dropped the idea of tipping us in for a swim! We paddled through the village and saw the squid fishing boats which had huge lamps set up to attract the squid. We saw them out at night and the light they give off is like a huge floodlight in the water.

Back on the boat, we enjoyed some cocktails and then I went to a cooking class to make some spring rolls. Very yummy and tasty and I’ll definitely try to recreate them when we’re back in the UK with a home again! 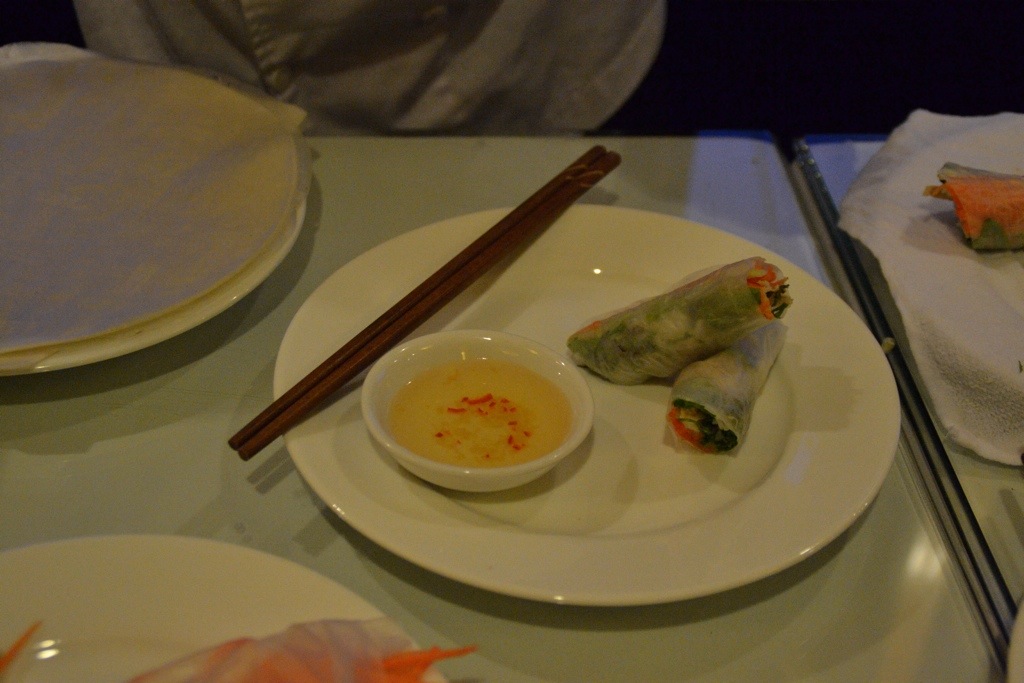 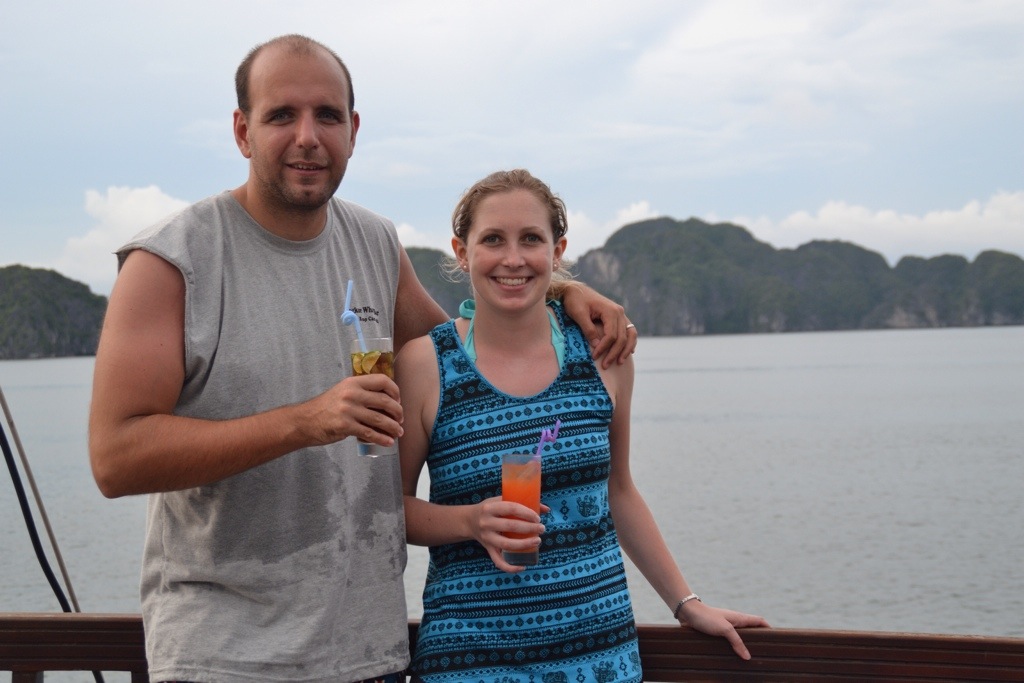 Dinner was a buffet, after which we dropped anchor for the night near lots of other boats before enjoying more cocktails on deck! We also had the chance to have a go at squid fishing, but the lights shining off the side of our boat couldn’t compete with the bright squid fishing boats and we didn’t even see one let alone catch any. We did see lots of flying fish and another jelly though which was pretty cool. Overnight there was a huge thunderstorm, but the bay is so sheltered, we didn’t feel any movement from the boat. 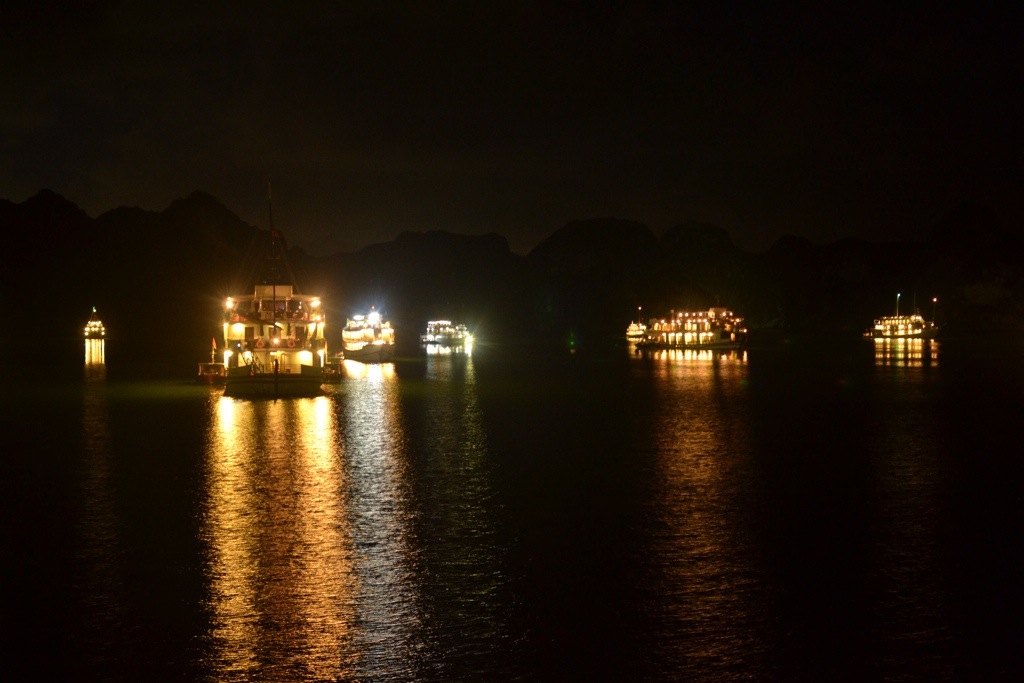 The next morning, I started the day with a 7am Tai Chi session while Dean enjoyed some more sleep. The class started off quite easy, but required more and more coordination as it progressed! We then went ashore to one of the limestone islands and climbed the 427 steps to the top for more great views of the bay and boats below. There was also a beach at the bottom where we could sit and recover after the climb up and down. 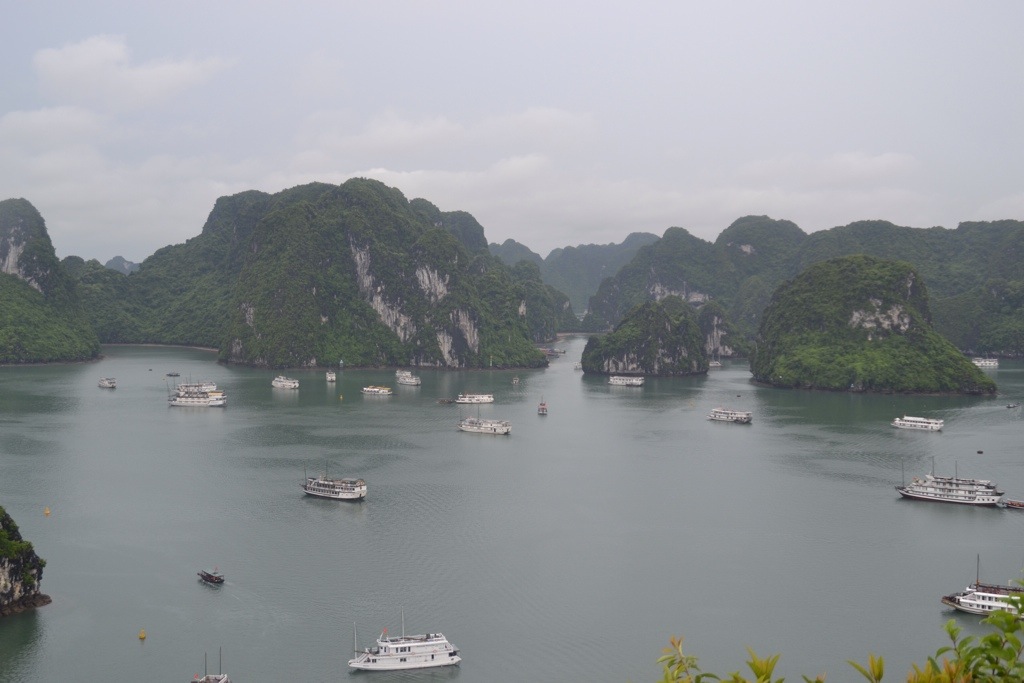 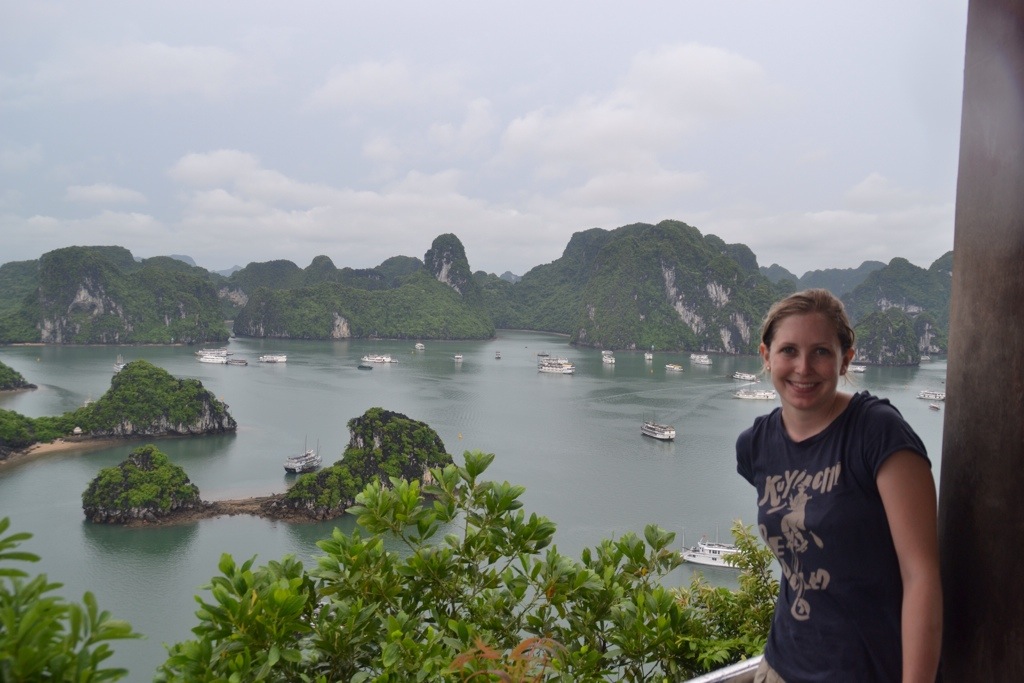 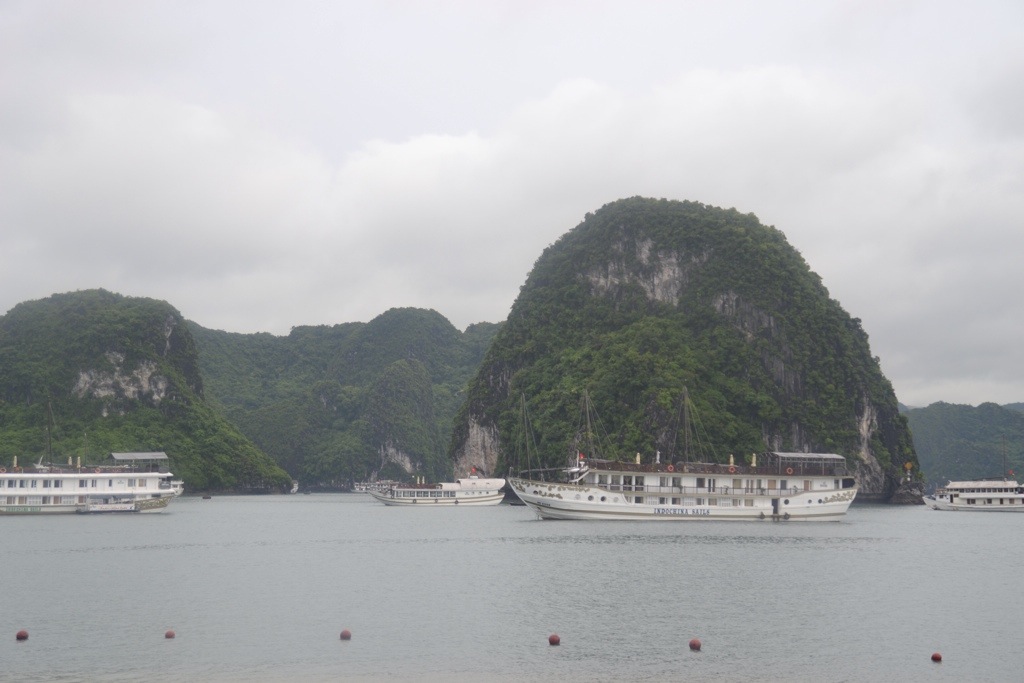 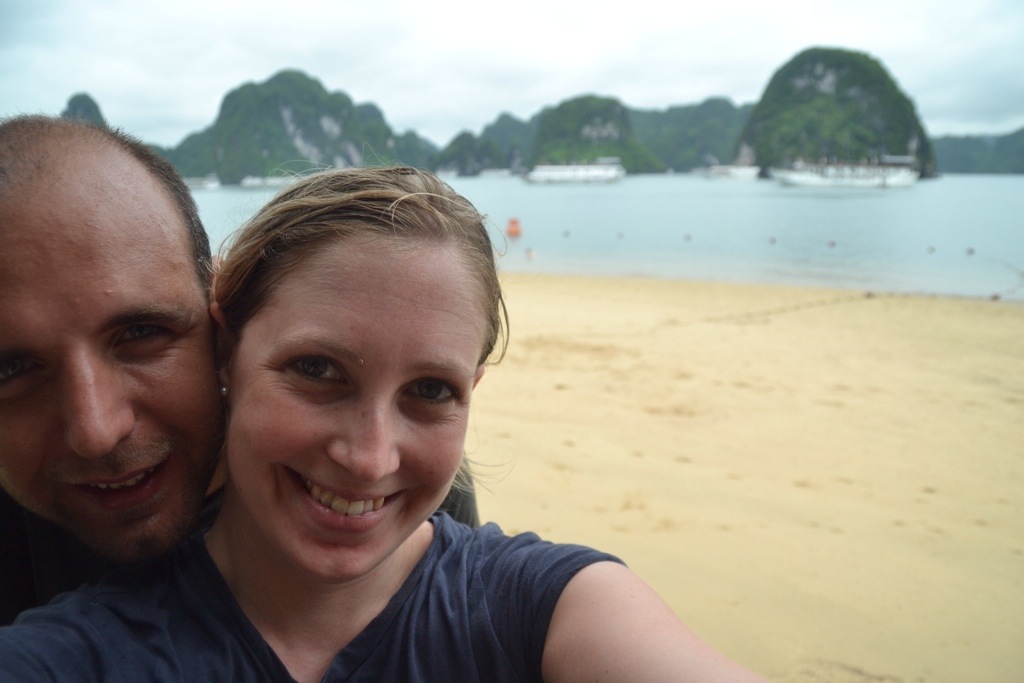 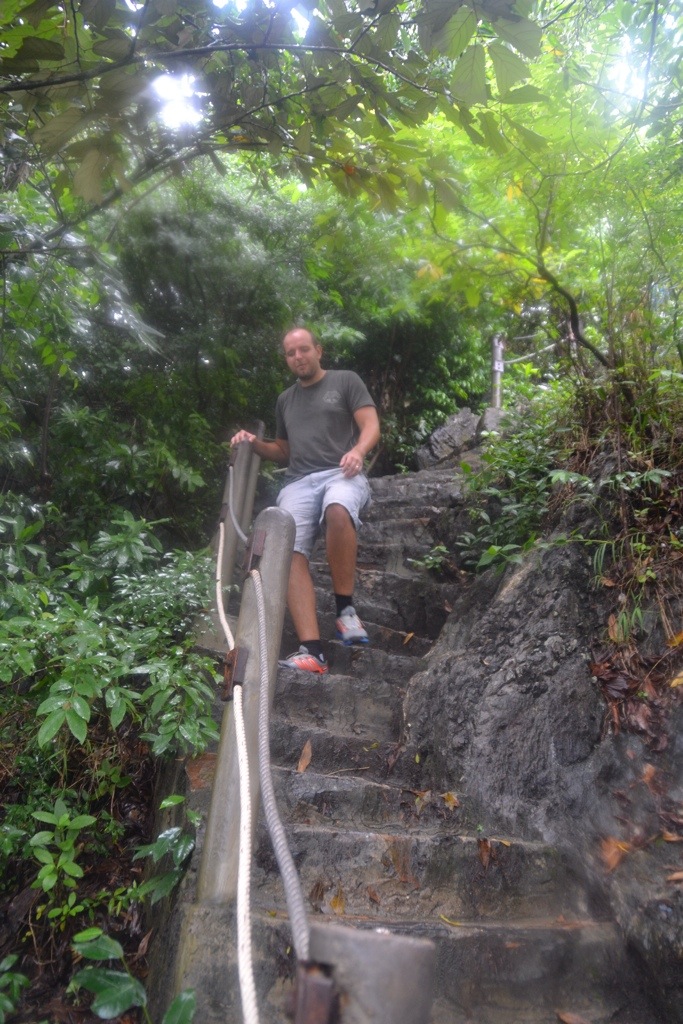 We had brunch served back on the boat before heading back to shore for the long drive back to Hanoi. On both the way there and back, the minibus made a stop at a tourist shop where you could buy all manner of Vietnamese craft items and have them shipped back. We particularly enjoyed seeing what previous customers had bought which included a photo of them with their item and their full contact details – address, email and phone number! Pretty sure they didn’t sign up to that when they made their purchases. 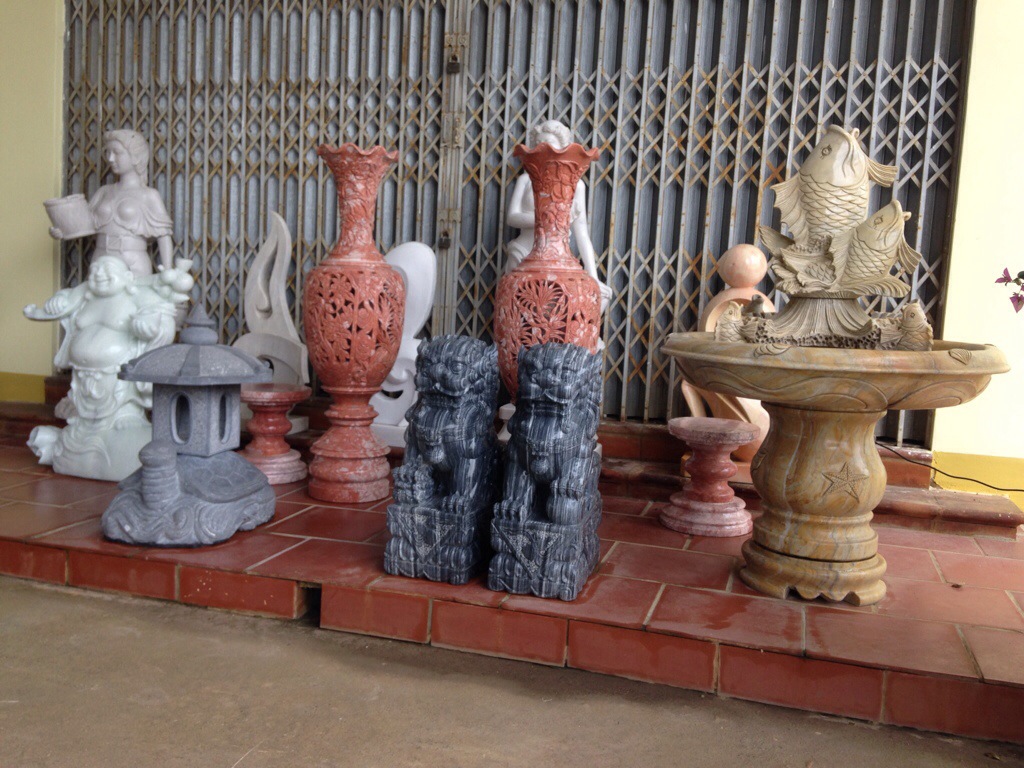