Living in Amsterdam and having some of my closest friends back in the UK means I don’t get to see them enough! While last year I was back in the UK lots wedding planning, post wedding I’m just not going back as much as I was. Therefore three girlfriends and I have decided to start a tradition of doing two weekend trips a year without the boys.
Trip number 1 was planned for December and we decided to go with a Christmassy theme. The location was picked based on ease and cost of flights from UK and NL and Stockholm came up top. Great as I’d never visited before and Sweden would count as a new country visited in 2013!
We stayed at the Sheraton which was very convenient to reach from the station and for walking around the city.
The first day we walked to Skansen which is an open air museum with a big Christmas market offering. The walk was about 40 minutes and we stopped along the way for breakfast. As well as stands selling things as you would expect at a Christmas market, there were also a lot of tombola stands which proved a hit with us. We quickly learnt the Swedish for “no win” but Cat was lucky and won two “runner up” prizes. We of course tried some Glogg (Swedish Gluwein). The Swedish twist is that it you pour some almonds and raisins in and serve it with Gingerbread.

High on my shopping list was to buy a Swedish gnome (or Tomte) which is considered the Swedish equivlent of Father Christmas. Having identified that Skansen might be a bit touristy and overpriced, we decided to head onto our next market in the centre. Here we stocked up on gnomes and refuelled with more Glogg! 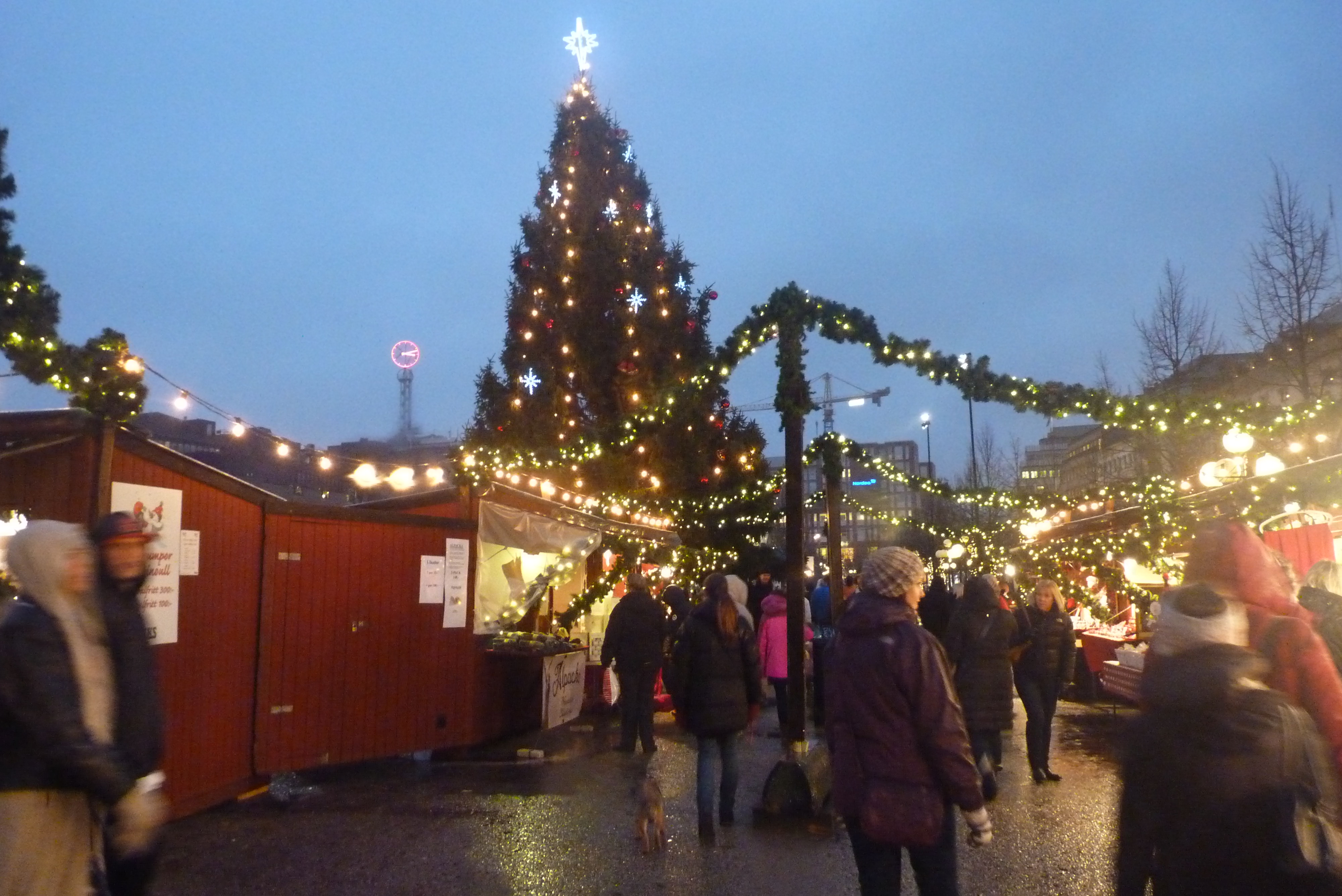 In the evening, we headed out to the Old Town for some dinner and ate meatballs at a cafe on the main square. Post dinner we decided to sample the Stockholm nightlife. We headed to the South island which had been recommended to us and it was easy to see why. The first place we headed to was Hospodské Dvere. On entering our coats were taken and hung on the top shelf of a floor to ceiling cloakroom by an attendant on a rolling ladder. We then headed through the back and down some stairs and were rewarded with a beer hall.

We had been warned about the cost of alcohol in Sweden. 60 SEK seemed to be the going rate for a 400 ml beer which is between 6 and 7 euros so we didn’t find it to be prohibitively expensive, instead just a bit more than we would pay at home. The second bar we went to was Morfar Ginko, a very trendy bar with a DJ playing on a balcony. Again, the beers were not too pricey and the vibe was really nice.

On Sunday morning, we headed to the old town for some more Christmas market tombola action as well as chilling out in a few cafes. Unfortunately the weather was pretty rainy while we were there, but that definitely didn’t put me off Stockholm, I’d definitely like to go back, but next time I think it will be in the summer!