At the end of 2016, Dean and I spent 6 weeks in New York. For Dean it was a necessary business trip and I managed to arrange working from our New York office for the duration. Our only other trip to New York had been for a week at the end of our round the world adventure. That time, we ticked off quite a lot of the touristy must dos and so on this trip we planned to get to know the city better, living as “pretend” New Yorkers, especially since we would be working for the duration of our trip! We couldn’t help but compare London to New York, both are big financial cities and so here are the things that we noticed as being different during our stay.

New York really has a 24 hour culture. Dean and I are getting old, when we go out we like to head to a pub or a cocktail bar where we can hear each other talk. In London, as soon as it gets close to 11pm, chances are the bell will ring for last orders and the staff will be round to your table shortly after hurrying you to finish your drink. In New York, pretty much every bar we went to was open till 4am, far later than we could stay out, but we found it meant a much more relaxed vibe and we could go home around midnight without feeling that our night had been cut short. Maybe this will be something that changes in London with the night tube and Sadiq’s appointment of a night Tsar. 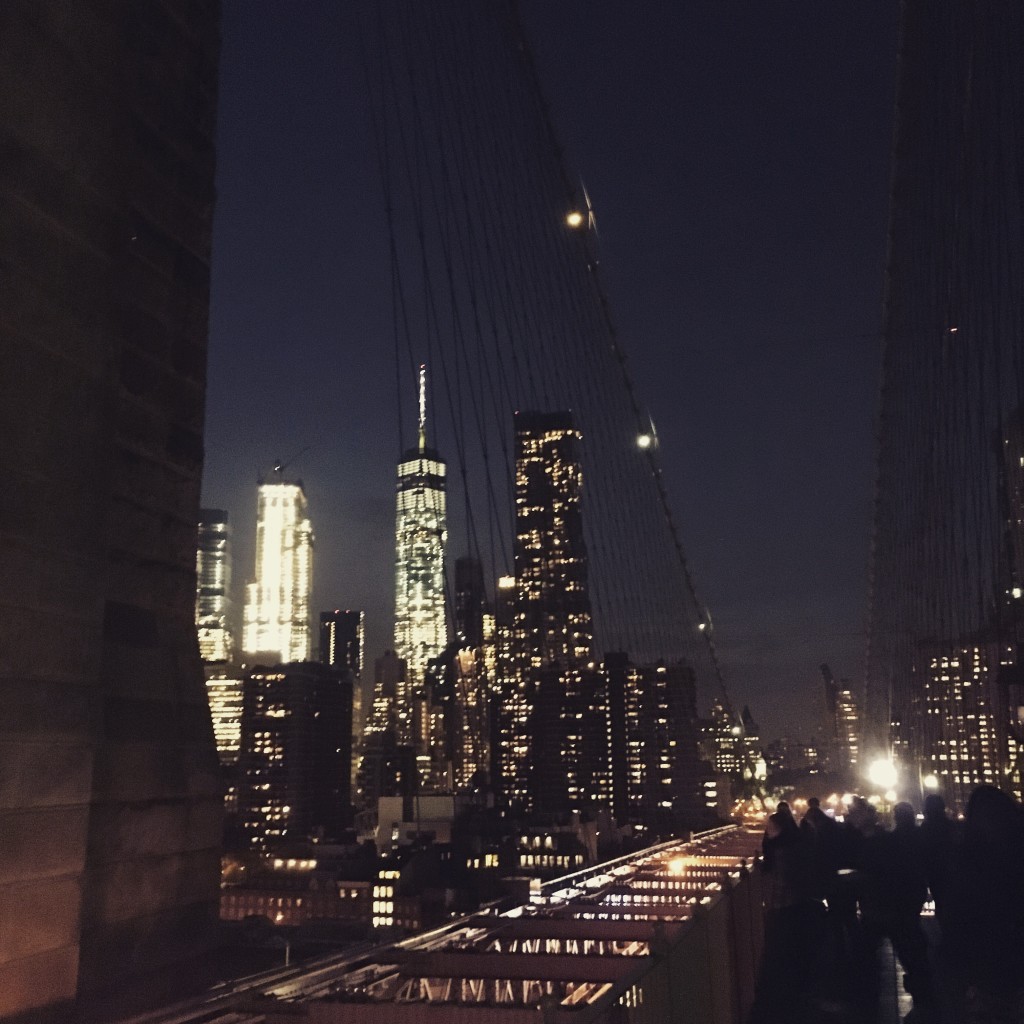 We love eating out, but most of the time, during the week, we’ll cook at home when we get in from work. We thought we would follow a similar routine of cooking during the week and eating out at the week during our stay in New York; especially when we walked into our studio and saw that the fridge and oven were both much bigger than what we have at home! However, the first challenge was finding fresh food to cook. Admittedly we were staying in the financial district, so we weren’t expecting any big supermarkets, but in the City in London there are plenty of mini supermarkets where you could pick up the ingredients for a home made spag bol on your way home from work. Unfortunately we had no Whole Foods or Trader Joe’s near where we were staying. The first few shops we visited had no fresh meat and when we finally did track down some fresh chicken, we spent $20 on the ingredients for a simple stir-fry. In the end we found there was plenty of healthy enough “fast food” options near our hotel that actually ended up being cheaper than cooking for ourselves. Friends of ours living in New York told stories of letting agents being surprised if you mentioned you might want to cook in the shiny kitchen in your apartment. 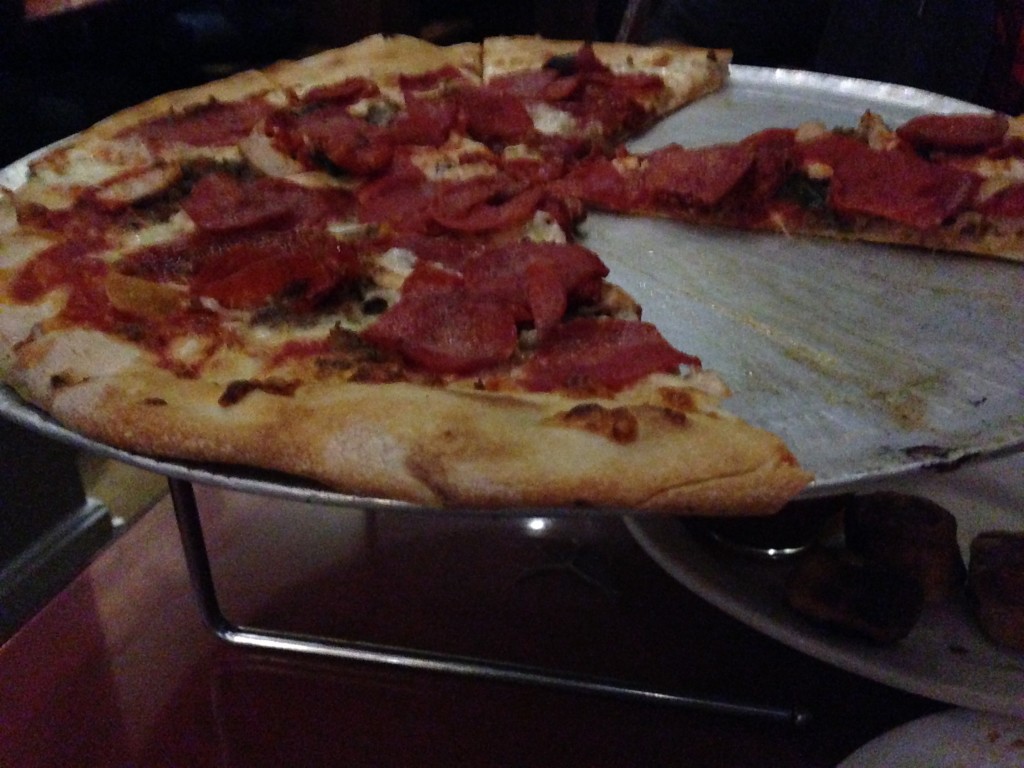 So. Many. Skyscapers. At some point we completely lost perspective of how big a normal sized building in London is. We’d be walking past huge 5 storey buildings and saying “oh look there’s a normal house”, purely because it was next to a 13 storey building that we’d just become so accustomed to. In fact we found out fairly late in our stay that we were staying in the 10th tallest building on Manhattan and we hadn’t really noticed how tall our building really was. After a while we actually found it quite oppressive as the streets don’t get much light. When we got home to our flat in London, we commented on all the space….. in Angel. 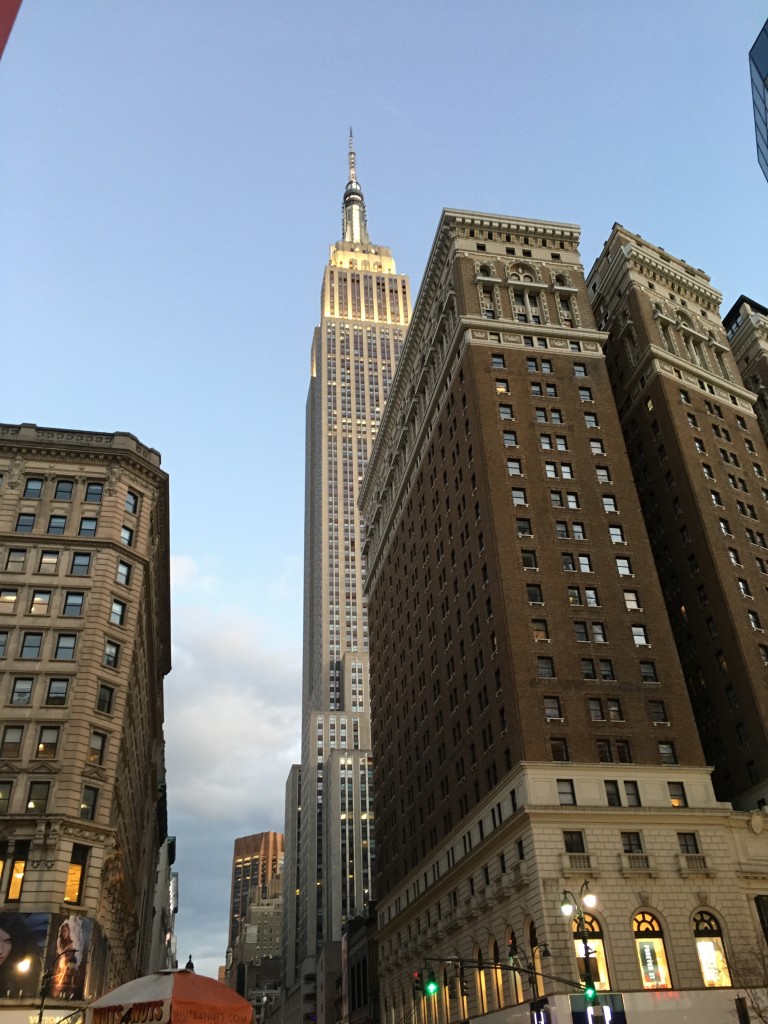 We pay for pretty much everything by card these days and in London it’s even easier now that we can use contactless most the time, even using our credit cards to board a bus. I can’t believe that in the US chip and pin is still a novelty! It seems so unsafe to sign for things and I don’t think it can be a coincidence that a few weeks after  getting back from the US, we both had alerts from Amex that someone was trying to use our credit cards at Prada when the cards were safely in our wallets! 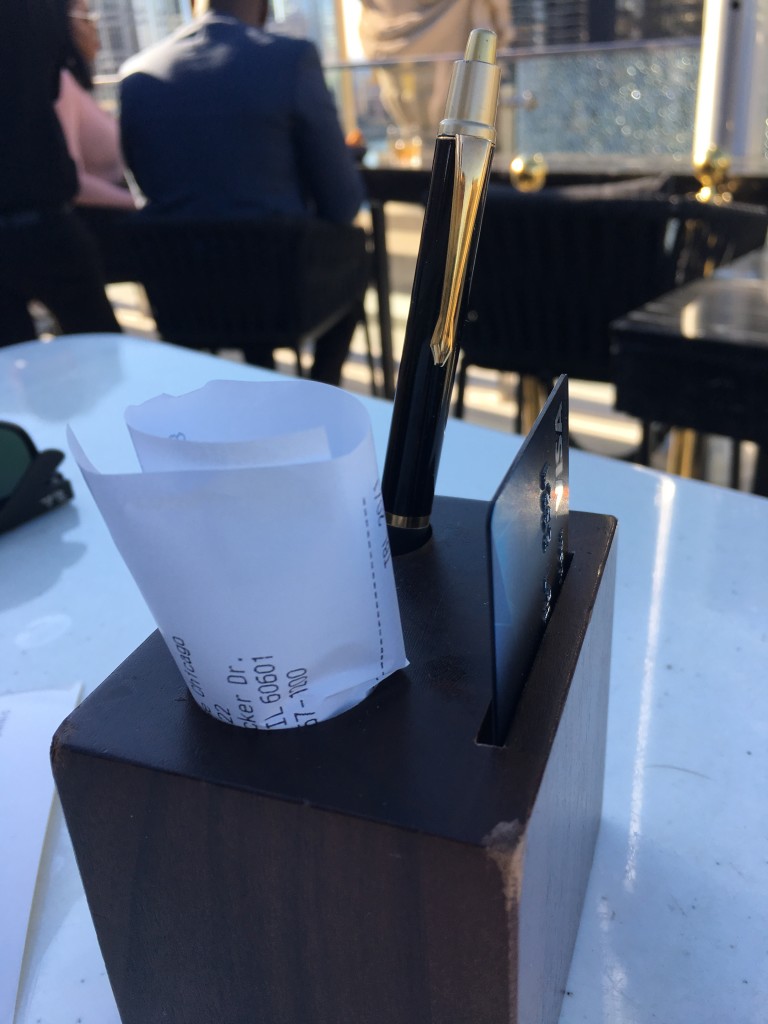 A bit of a random one, but we were quite surprised at how many people in New York own a dog, especially as nearly everyone is living in an apartment without much if any outdoor space. We walked past one pet shop with loads of very cute puppies in the window. I couldn’t help but stop and watch them for a good 10 minutes, but still felt a little uneasy at the concept of puppies being sold like that. There was one dog living in our apartment block who went out for his “walk” in a pushchair each evening. The first weekend we were there was Halloween and we saw a dog fancy dress competition in Brooklyn and it was really nice to see what a big community there is around dog owning and how they are a big part of lots of New York families. 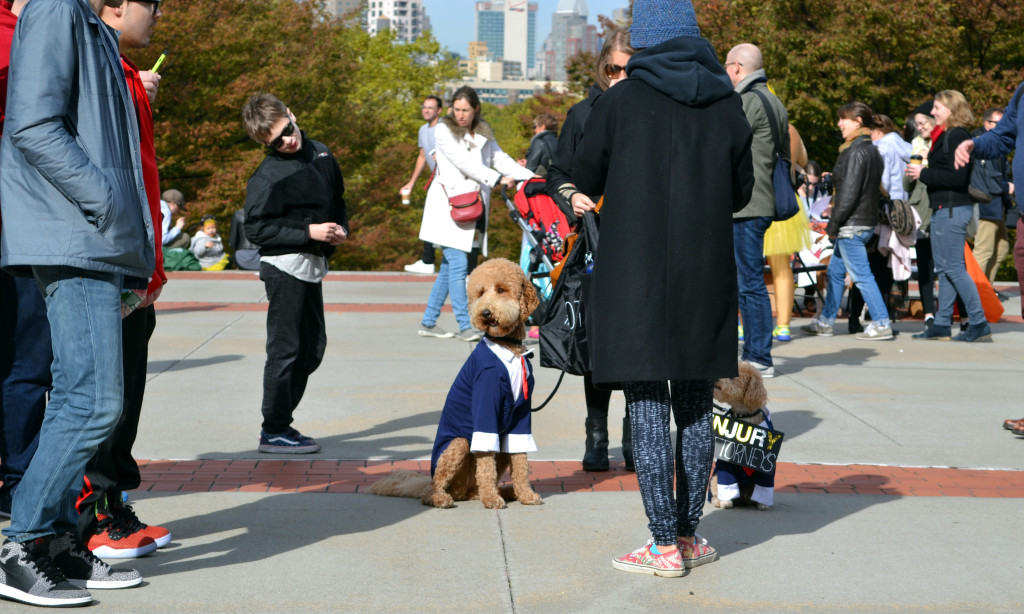 We had a great time in New York and will definitely be visiting again, but after 6 weeks of living in a hotel room, we were very glad to be back in London and our own flat!