We landed in Bangkok at 9.30am. Deans rule for the day was that we had to stay awake till 10pm to beat the jet lag.

We spent the day exploring the area around our hotel (Sukhmvit) and trying the local beers (Chang & Singha).We found a Dutch bar just around the corner which obviously we had to try out! The staff definitely weren’t at all Dutch but there were quite a few pictures of Amsterdam that we recognised. 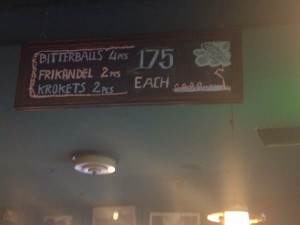 On Tuesday we went for our standard holiday exploration tactic of walking the city. We started by walking to Siam Square which is home to some impressively big shopping centres. We then decided to keep walking to the old town to check out Khao San Road. The area between Siam and the old town seemed to be the area where Thais live. We realised that we were walking toward a pretty ominous looking sky but luckily just as the heavens opened we walked past the first Starbucks we had seen in a while so popped in there to take part in frappucino happy hour. Luckily the rain didn’t last much longer than our drinks so we could continue our trek!

Khao San Road is lined with stalls selling various items of tourist tat. We sat ourselves in a bar facing out to the road and watched the world go by. We got a taxi back to our hotel fairly early but it definitely seemed like things were just picking up so will try and watch the NL match there to experience late night Kao San.

For the Germany – Brazil game, we set our alarms for 2.45am and headed to an English bar we had read would be showing it. Unfortunately they were closed, but our hotel is a few doors down from a Brazilian restaurant which had stayed open. We checked with the Dutch pub if they would be showing the match, but it’s too late for them so we’ve decided to head back to Kao San Road to be sure of a fun atmosphere. 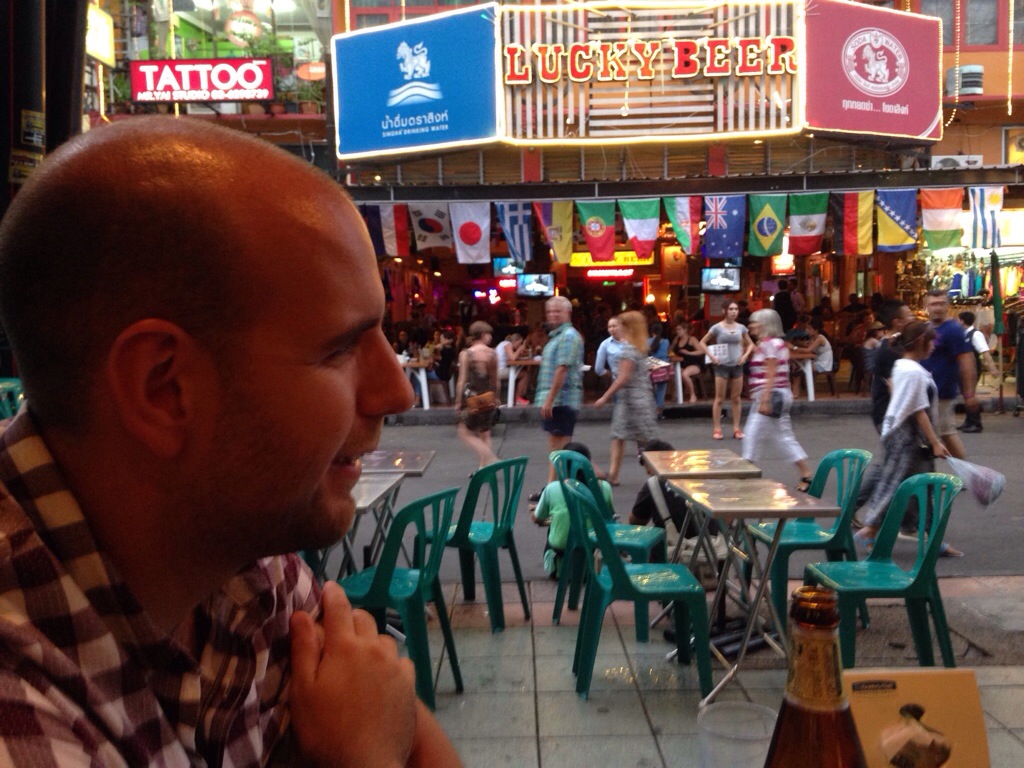