Situated right next to Edinburgh Waverley train station, The Balmoral hotel is hard to miss if you’re arriving by train. The striking Victoria era building, topped by a clock tower looks every part the traditional British hotel. Known as the North British Station hotel until it was reopened in 1991 as the Balmoral (Gaelic for majestic dwelling), both names are well suited, although perhaps the latter is more memorable and elegant! 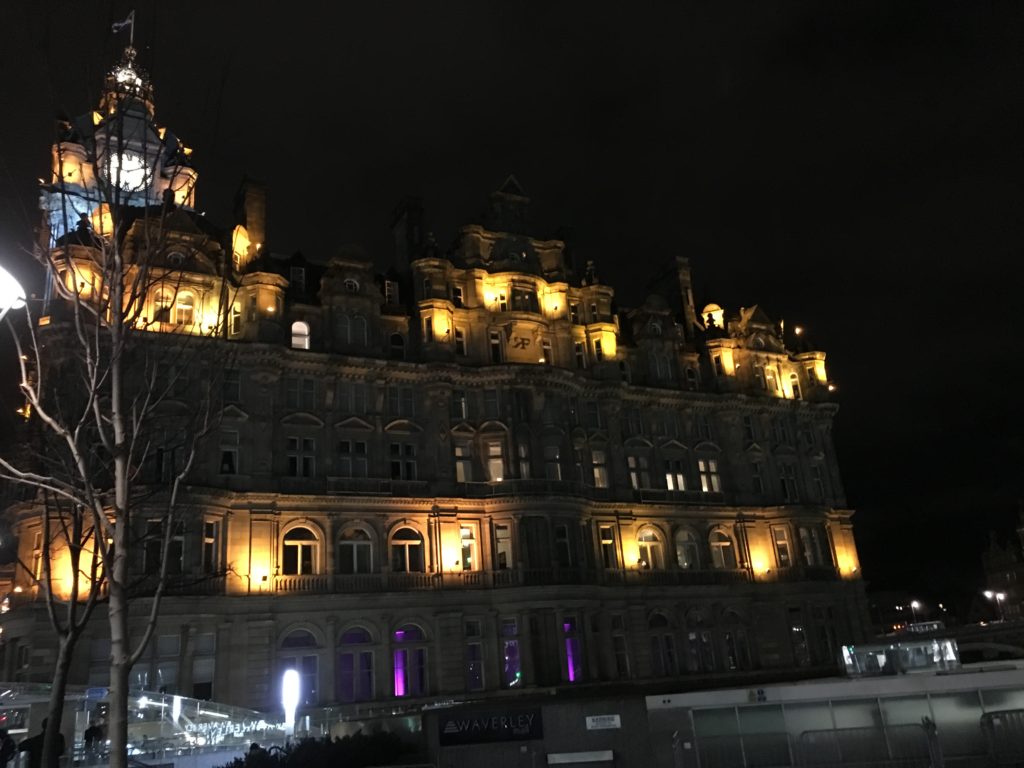 Now part of the Rocco Forte hotel chain, the hotel offers a variety of rooms, starting at around £200 per night. Pricey, but when you consider that this is an iconic hotel in the centre of the city (and especially when you compare it to prices in other cities like London or Amsterdam) its actually not too bad. We decided to pay a bit extra for a deluxe room with castle views. On checkin, the reception staff offered us a “great deal” on an upgrade to a suite as we were there to celebrate Dean’s birthday – £150 extra a night!!! This seemed at least the same or maybe even more than we’d seen when booking the hotel online. We found this a bit disappointing when you are already spending a lot on the room. The only other place we have been offered a similar “deal” was at another Rocco Forte hotel – Brown’s in London so it’s clearly company policy. 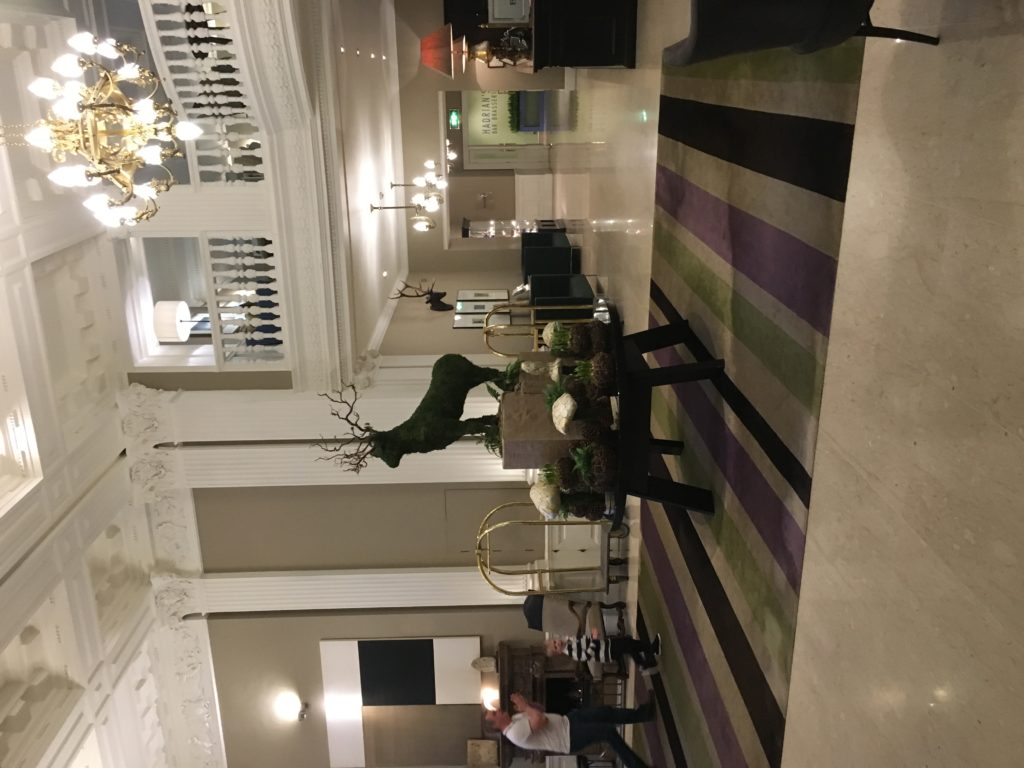 The room was a good size, but we were a bit disappointed to find the advertised king bed was actually two single beds pushed together. Common practice in many hotels to provide the flexibility to make the room up as a twin, we were surprised that this is done at this level of hotel. Dean complained about this, and we were offered a room upgrade but the bed still would have been the same so it seemed like a lot of unnecessary faff! The bathroom was big and the shower hot and powerful. 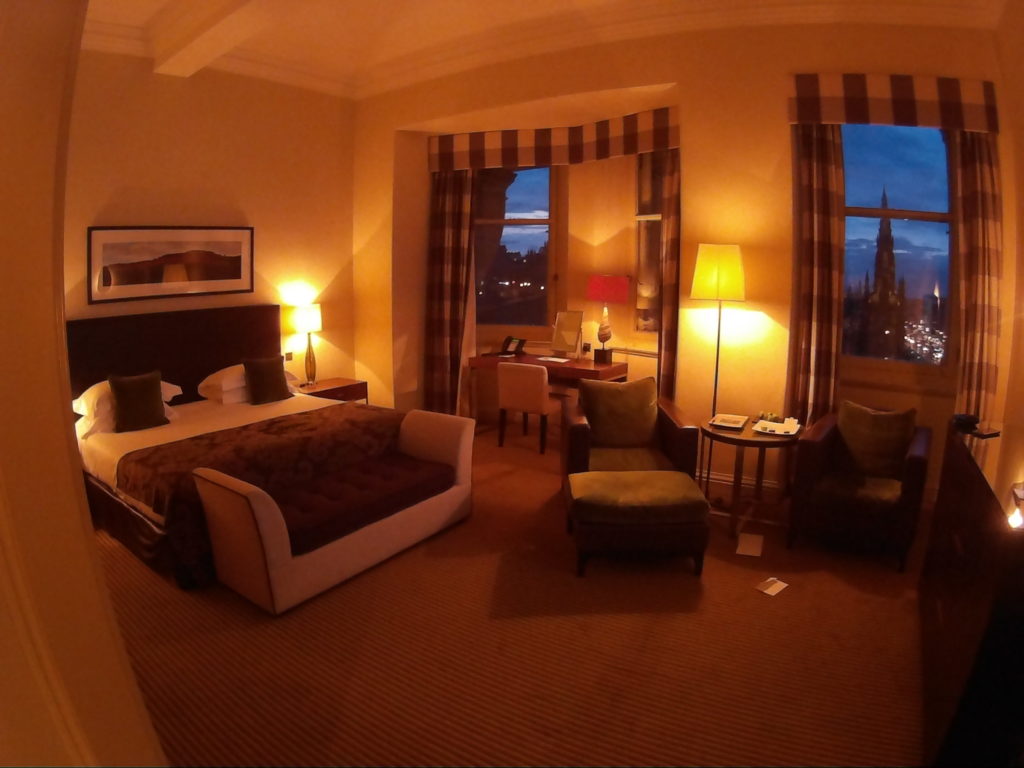 We mentioned on the room booking that it was Dean’s birthday during our stay and Dean was very happy to find a plate of macarons in the room when we arrived, as well as a plate of treats being delivered on the day of his birthday. A nice touch that they brought something in on the day itself as well as just on checkin. 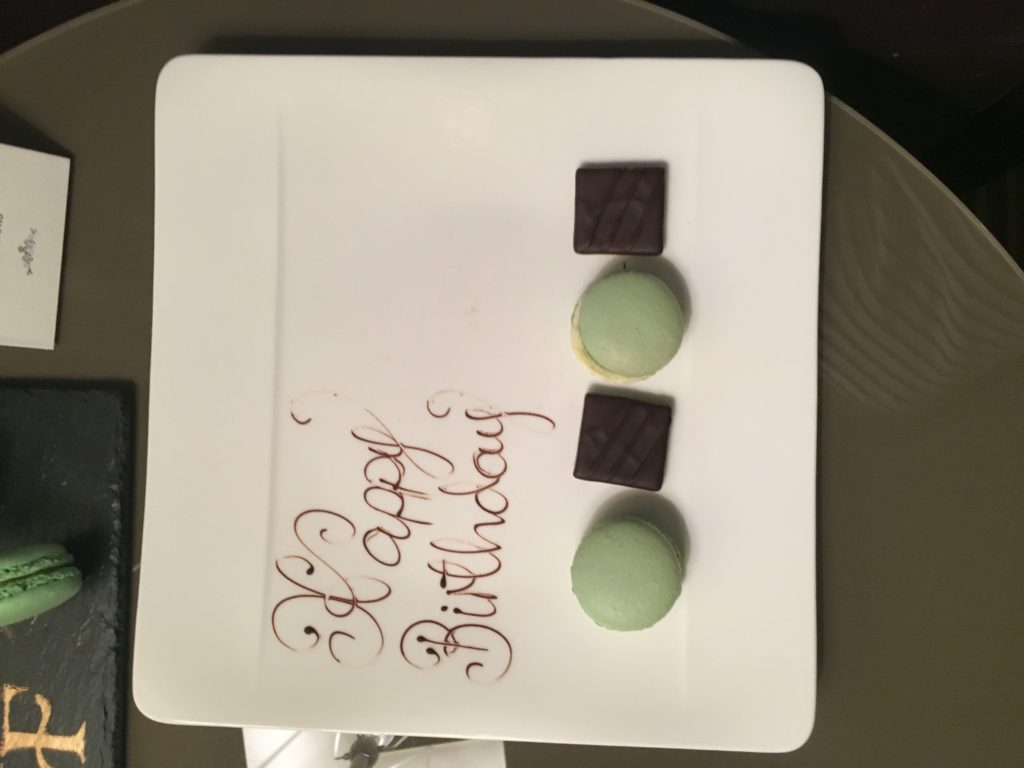 One very important part of a hotel stay for me is the breakfast and the Balmoral do a great job here. Served in their brasserie, there is an extensive hot buffet, including haggis, black pudding and some pretty well cooked scrambled eggs ( but no beans!) and a cold buffet including Scottish smoked salmon and a good range of fruit, cereals and pastries. On Monday, the hot food wasn’t out as a buffet, instead ordered from the kitchen, presumably due to there being a lot less people around that morning.

The hotel has two bars, a cocktail bar called the Balmoral bar, and Scotch, the whiskey bar. Apparently the Balmoral bar has been awarded best hotel cocktail bar in Scotland. We weren’t wowed by it but then we are spoilt in London. They did have a six course cocktail tasting menu on offer which is not sonething I’ve seen anywhere else. We really liked the whiskey bar and popped in everyday for a nightcap. The staff were very helpful in finding Dean a 32 year old for his birthday and I enjoyed a glass of Magnum, a Sottish Baileys equivalent which I actually think I prefer to the Irish drink. 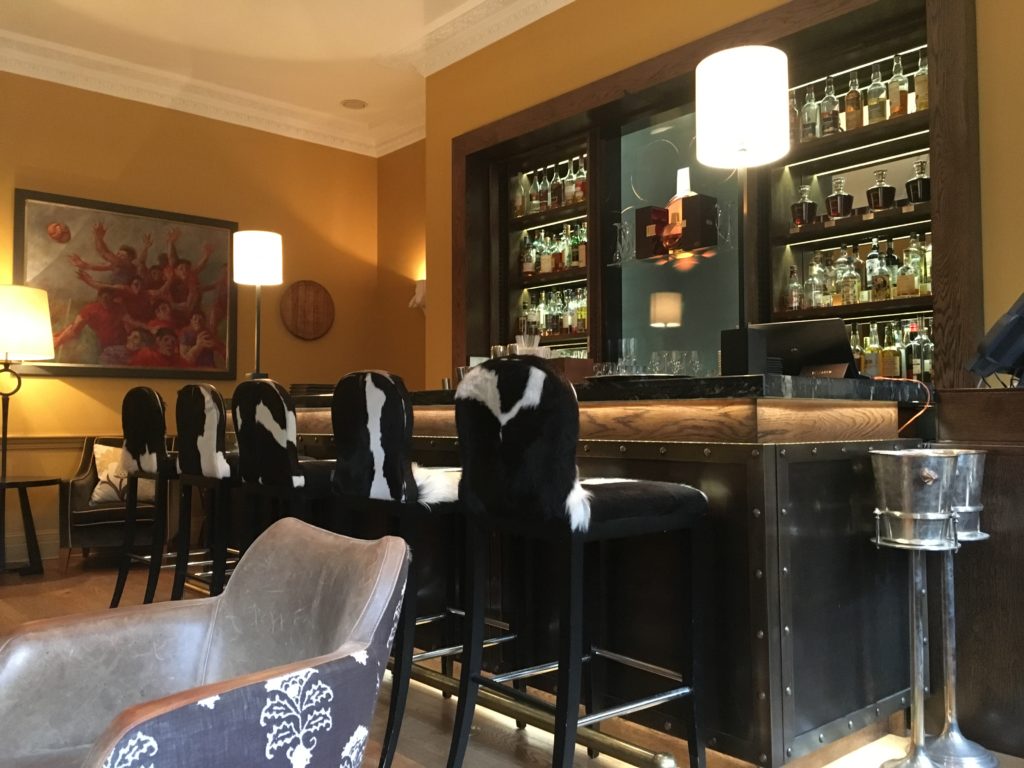 We had a fantastic meal in the hotel’s Michelin starred restaurant number one, and they also have Hadrian’s brasserie and Palm Court for afternoon tea. The hotel has all the other facilities you would expect, a gym, pool and spa although we didn’t get a chance to make use of them. All the staff we met were very attentive and helpful. I liked that their uniforms were tartan so it felt that extra bit Scottish! 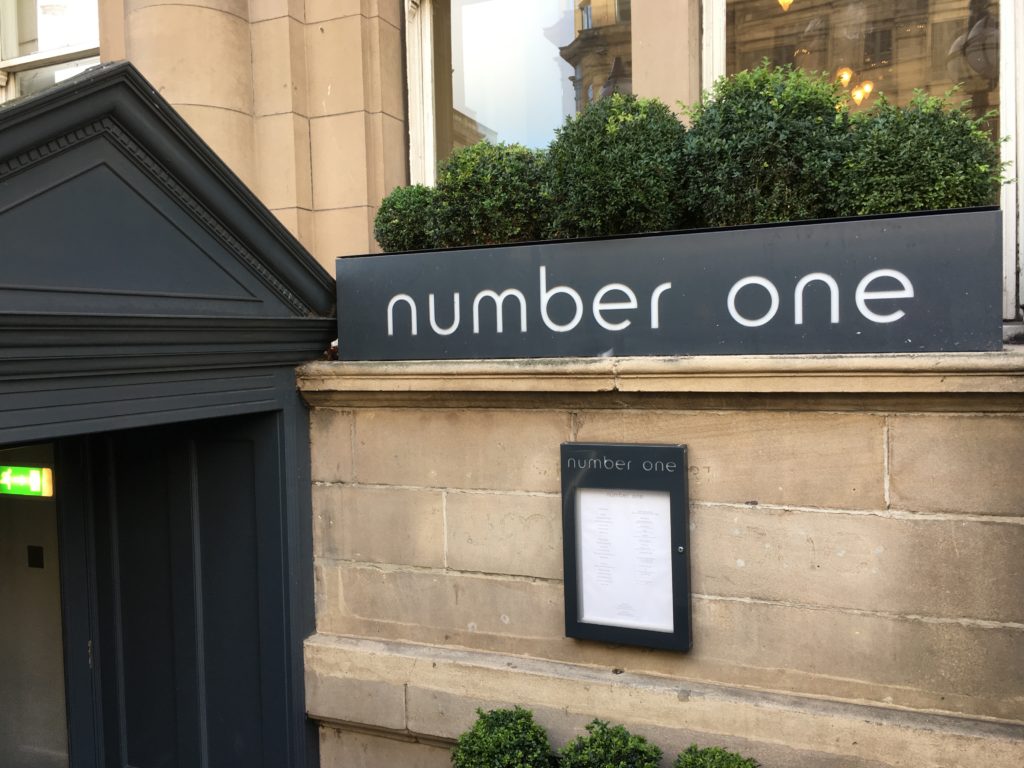 Overall this was a good hotel and we’d recommend it to others. If we visit Edinburgh again we might try somewhere different just to experience a different area and see how the other hotels in Edinburgh shape up compared to the Balmoral.