Last summer we started to watch a Netflix show called Chef’s Table, a documentary profiling one world famous chef per episode. The first episode was our favourite, telling the story of Massimo Botura and his 3 Michelin star restaurant in Modena, Osteria Francescana. Along with a couple of friends we decided we really wanted to give his take on Italian food a try and so we all logged onto their website in November in the hope of securing a table 3 months later and due to Dean’s super quick mouse clicking skills and his high speed internet connection at work we were successful!

Osteria Francescana is situated in Modena, a town I didn’t know much about other than the fact they are famous for their balsamic vinegar. The closest airport is Bologna, from which it is about a 50 minute drive.

We had lunch booked for the Friday lunchtime and so we kept breakfast to a traditional Italian coffee. We were surprised to find that we were the only people sitting in the cafe lingering over our coffees, the rest of the patrons were walking in, having their shot of espresso and then going straight out again. We were even more surprised to find that out coffees cost no more than 1 euro each. Definitely a nice change from paying nearly £3 for a cappuccino in London.

We had some time before lunch to explore Modena a bit and found it to be a very picturesque town, all the buildings were painted in warm Mediterranean colours and the bigger streets were lined with covered walkways and arches. We found our way to the main square which was fairly quiet except for a few groups of elderly Italian men. 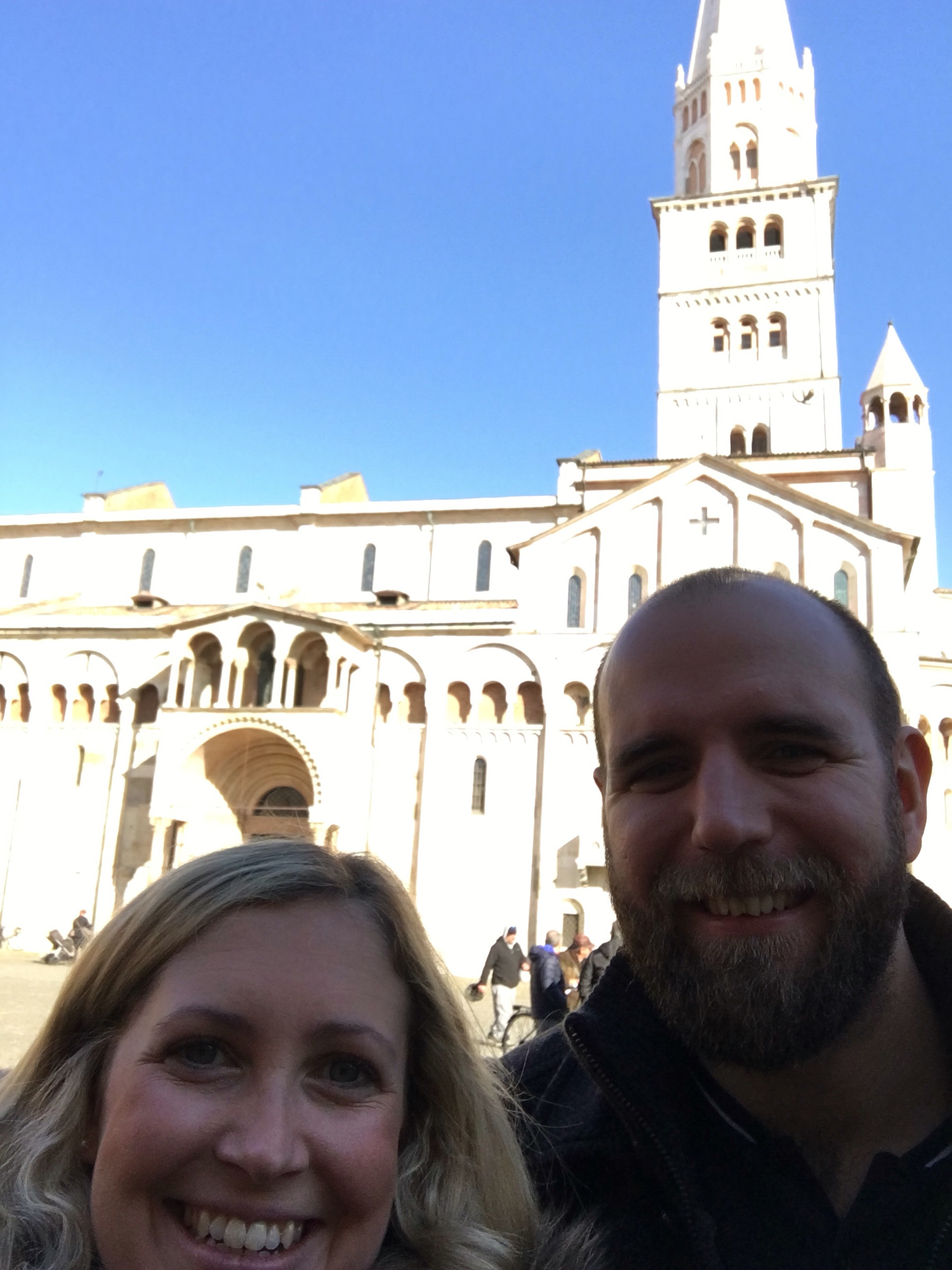 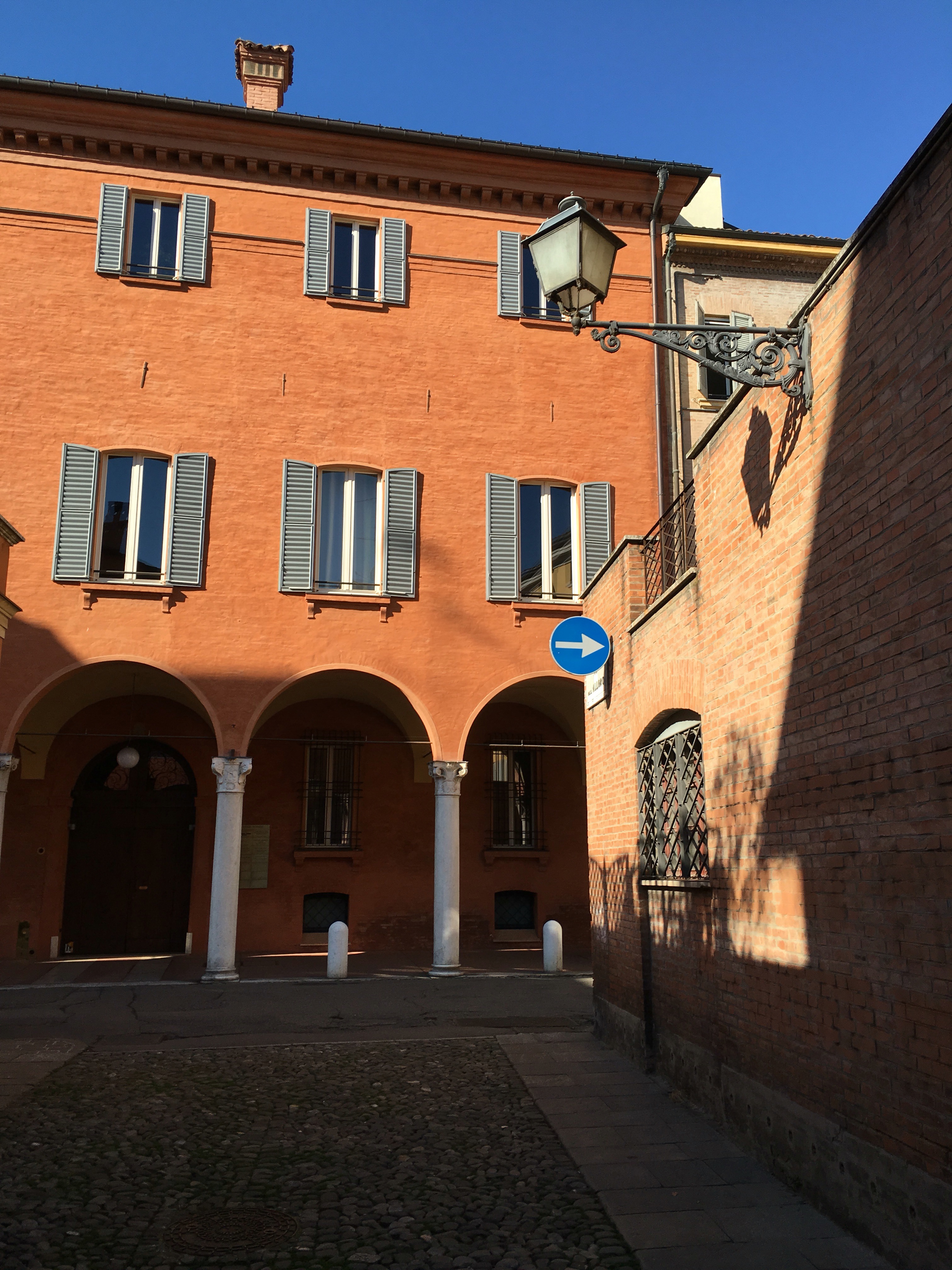 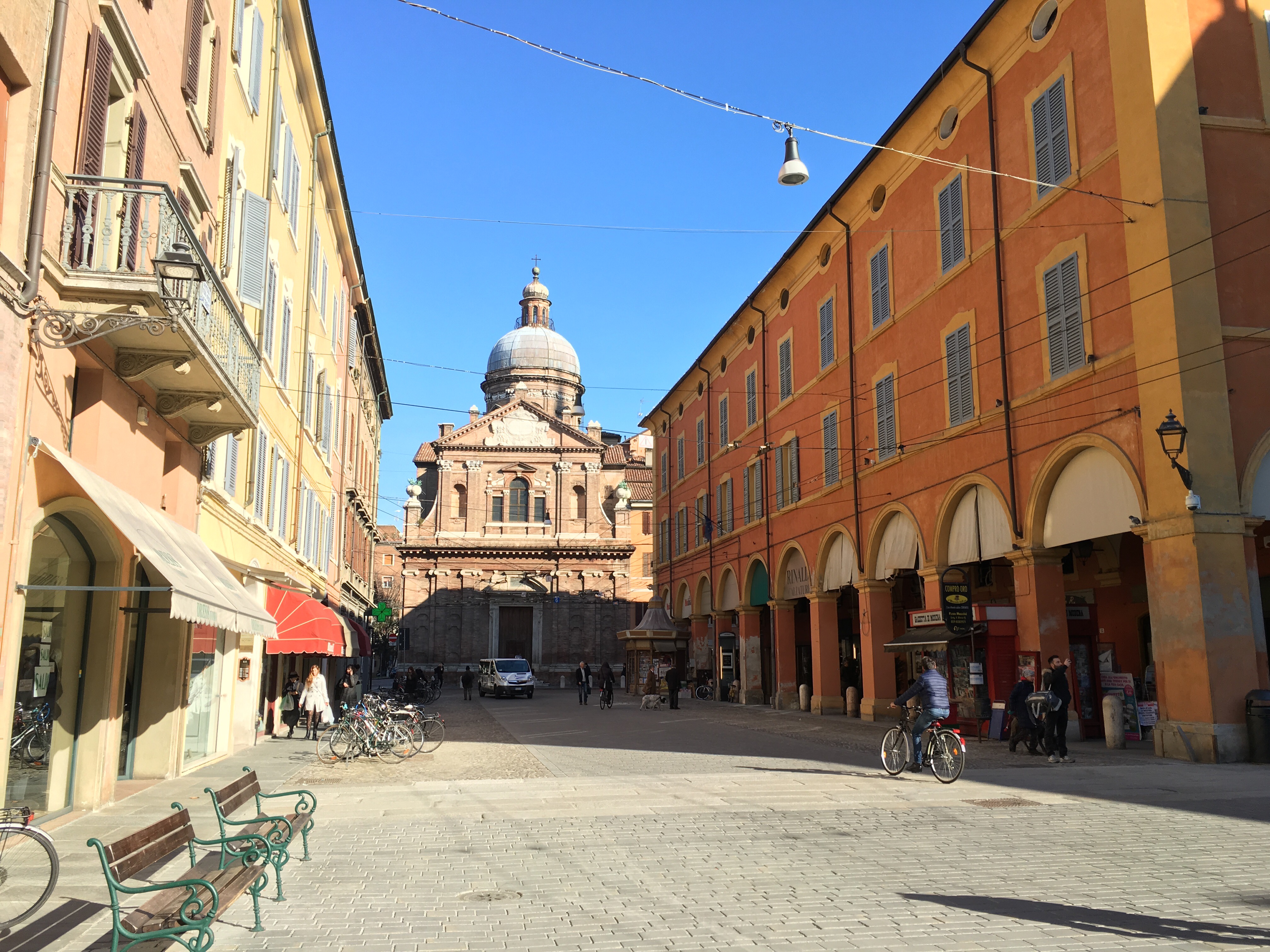 Of course we’d come for the food. Osteria Francescana is tucked away down a quiet road and has around 12 tables. We took the tasting menu and sampled their take on traditional Italian cuisine. The highlight had to be the Parmesan 5 ways which tasted every bit as good as it looked. 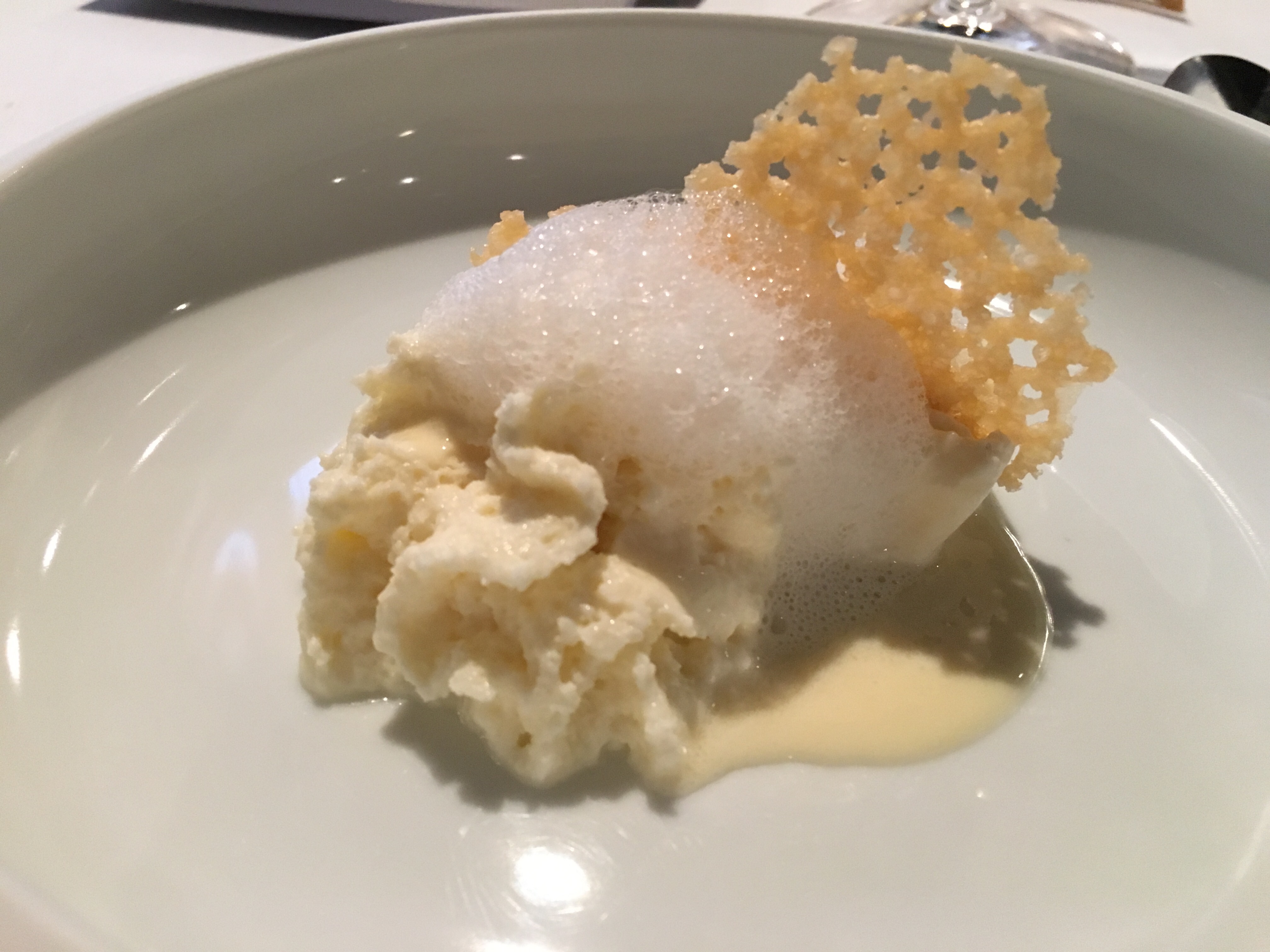 Every dish looked fantastic and some of the dishes were very creatively named and presented, such as ‘the crispy part of the lasagne’ and ‘oops, I dropped the lemon tart’. The chef came round to every table during the meal to greet everyone which I always find a nice touch in these places and you could feel the passion he has for his restaurant and food. 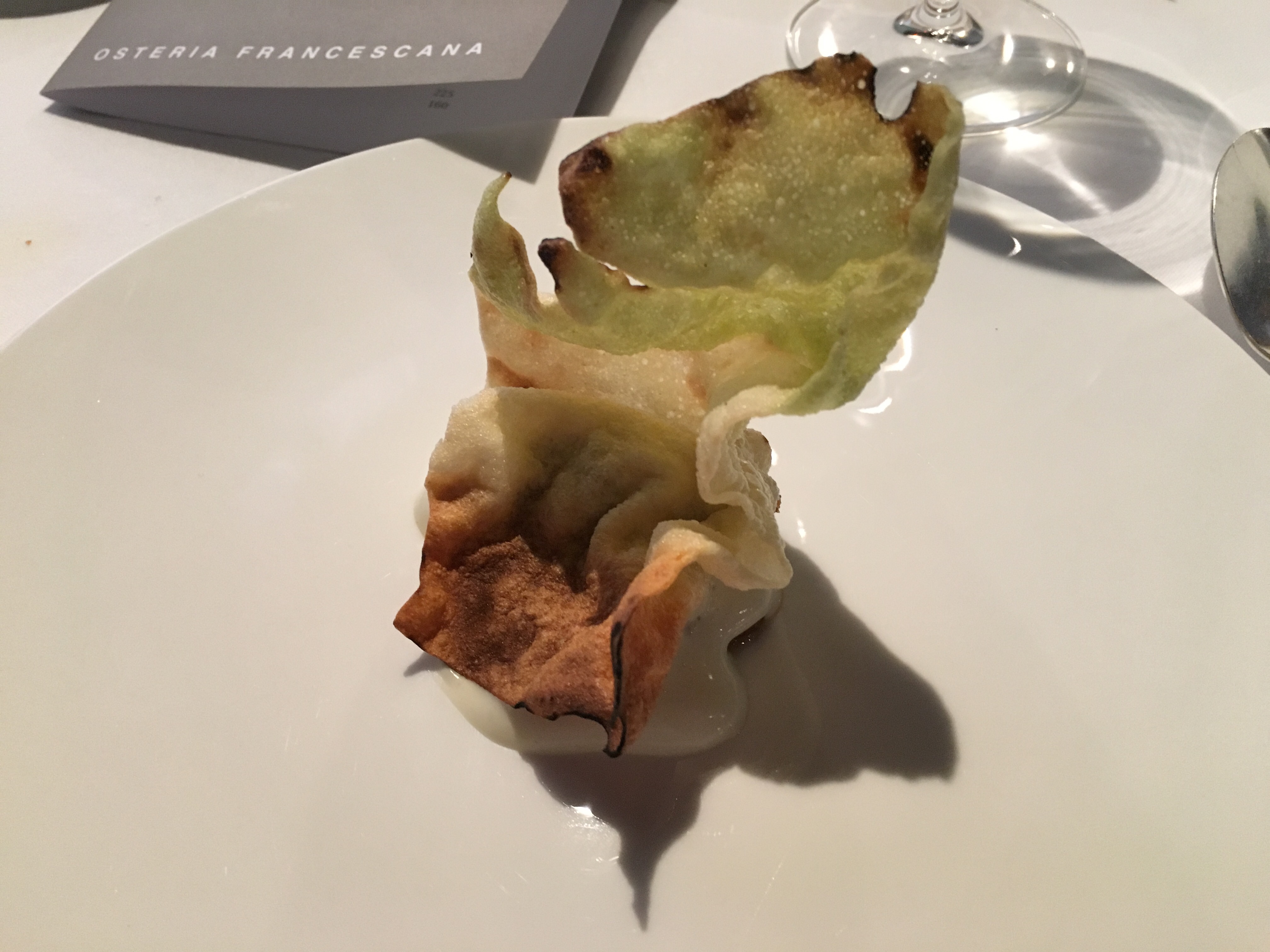 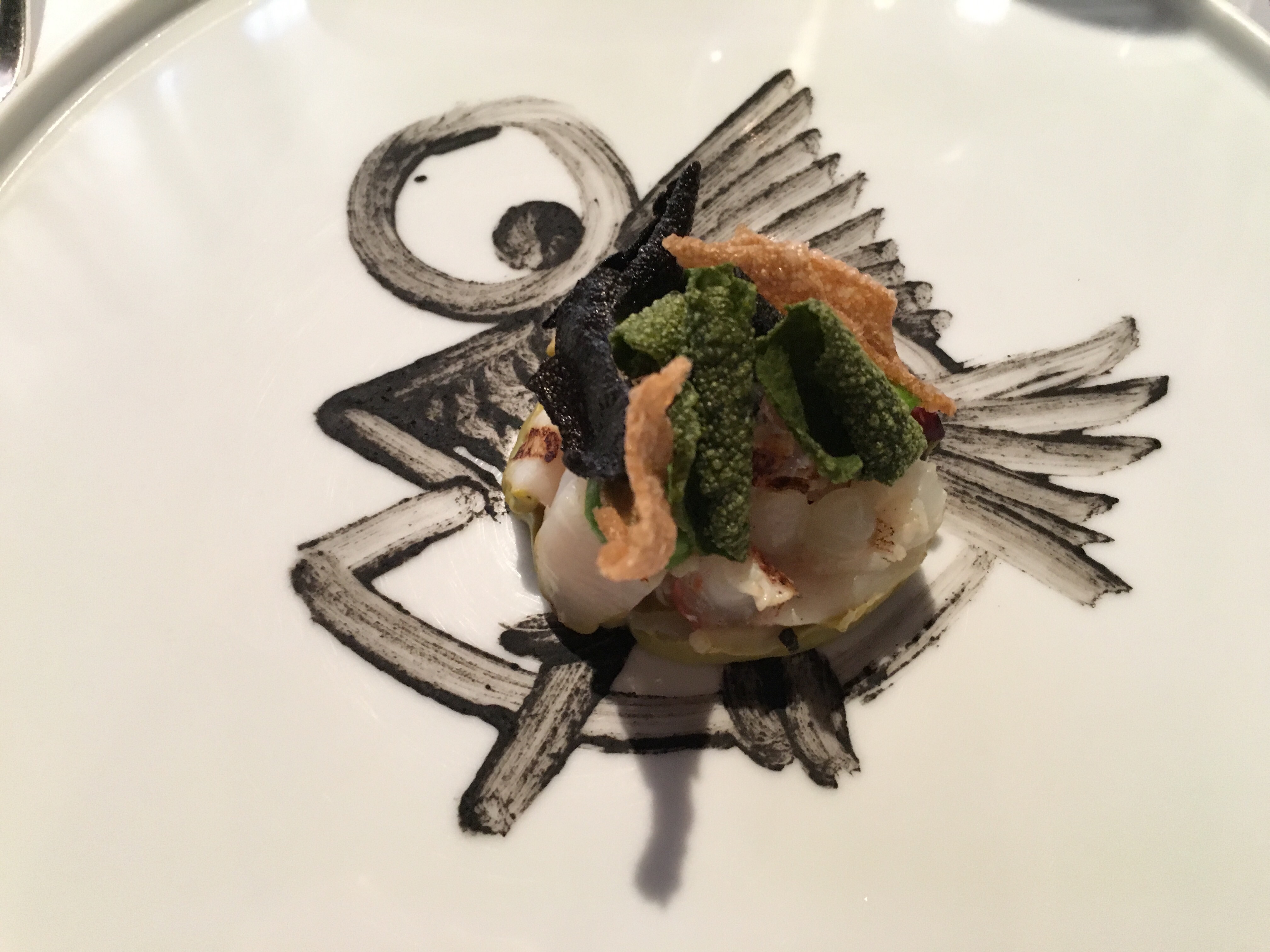 After lunch we had the rest of the afternoon to explore Modena’s cafe and bar scene. We enjoyed some of the local red Lambrusco, the first sparkling red wine any of us had tasted. It wasn’t bad but was definitely strange having a sparking drink that tasted of red wine.

We were surprised to find that the speakeasy cocktail bar concept had hit a city as small and typically Italian as Modena. Cotton Club served up cocktails in skulls and tea cups, nothing you wouldn’t expect to see in such a bar in London except for half the price. It was just what we needed to relax after the earlier indulgences of the day. 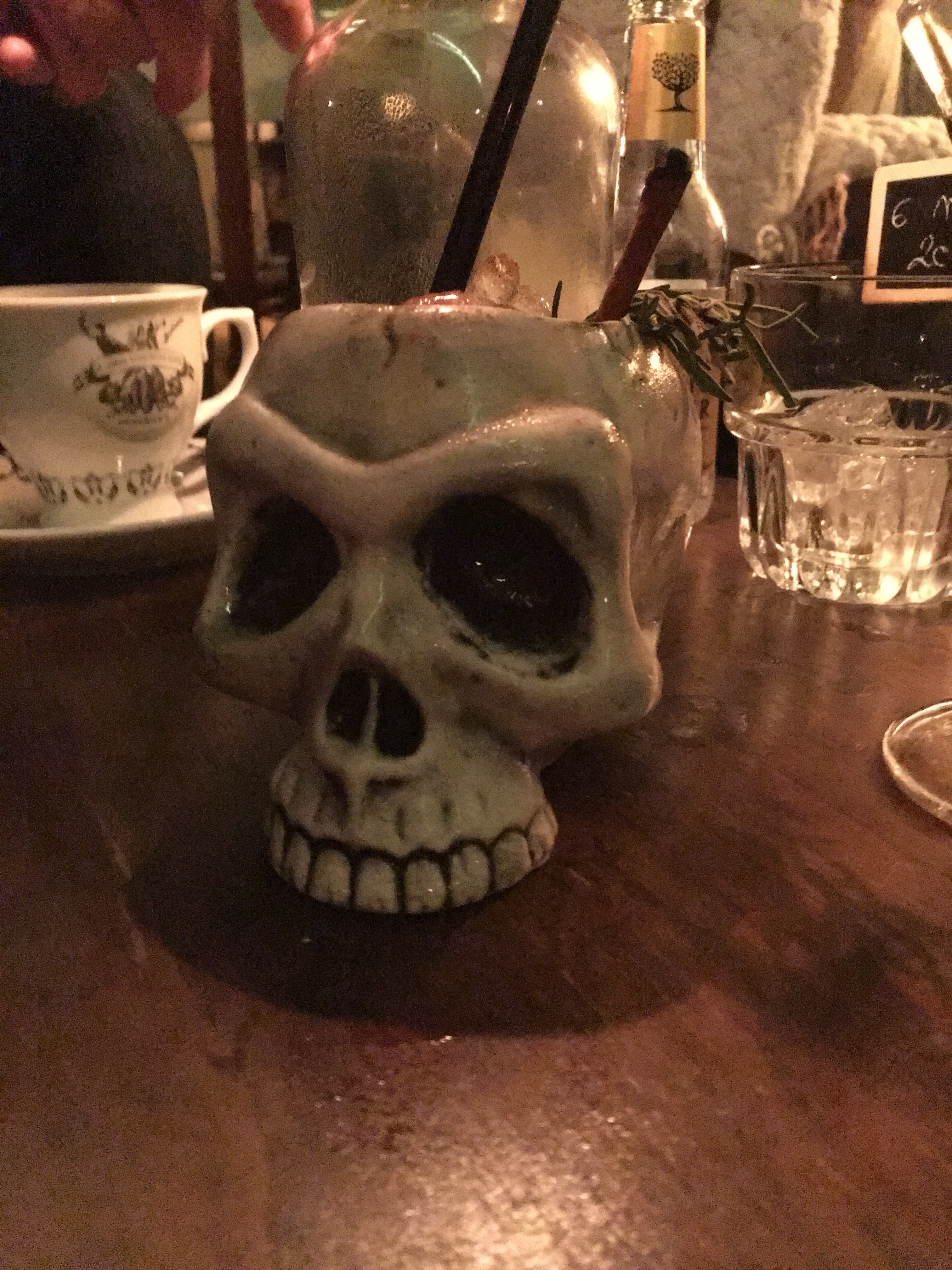 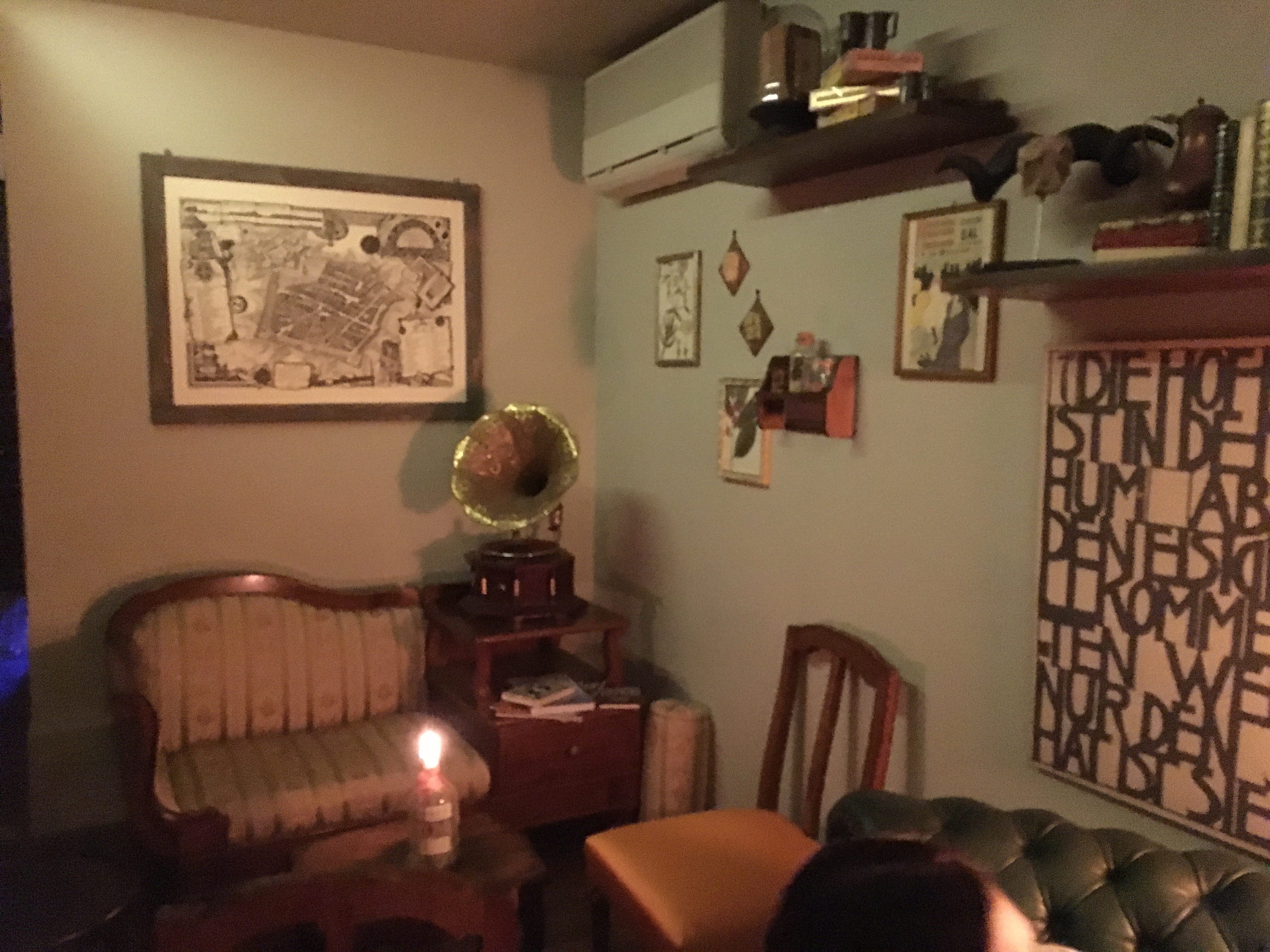 The following day we took the train to Bologna and spent 24 hours enjoying plenty more delicious Italian food. It’s fantastic that everywhere you go you can get delicious wine for around 15 euros a bottle and ordering a disappointing meal in a restaurant is nearly impossible. We spent a good few hours on the Saturday evening at Borgo 979, a delicatessen style restaurant focused on local meats and wine. 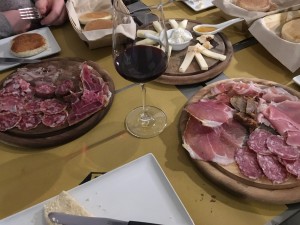 Of course no trip to Italy would be complete without some pizza which we managed to squeeze in for lunch before heading off to the airport. 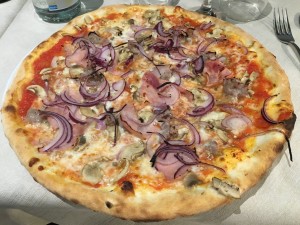 In between the eating, we explored the city. A large proportion of the pavements are covered, which would probably be very welcome on a rainy day but we found a bit oppressive having enjoyed the blue sky back drop in Modena. The most distinct feature of the Bologna cityscape are the numerous towers which rise above the rest of the buildings. The reasons for there being so many is not clear, but they were most likely used for attack and defense of the city. Our hotel, while a little out of the centre, had a roof terrace from which we could enjoy a great view. There was also a jacuzzi and sun beds which would be great in the summer, but we were disappointed to find that Northern Italy is not that much warmer than London in February. 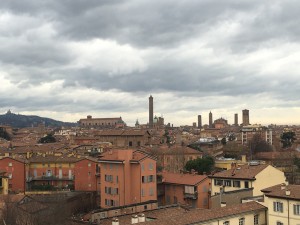 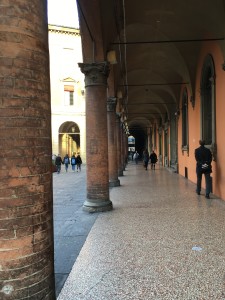 One response to “A foodie weekend in Modena and Bologna”